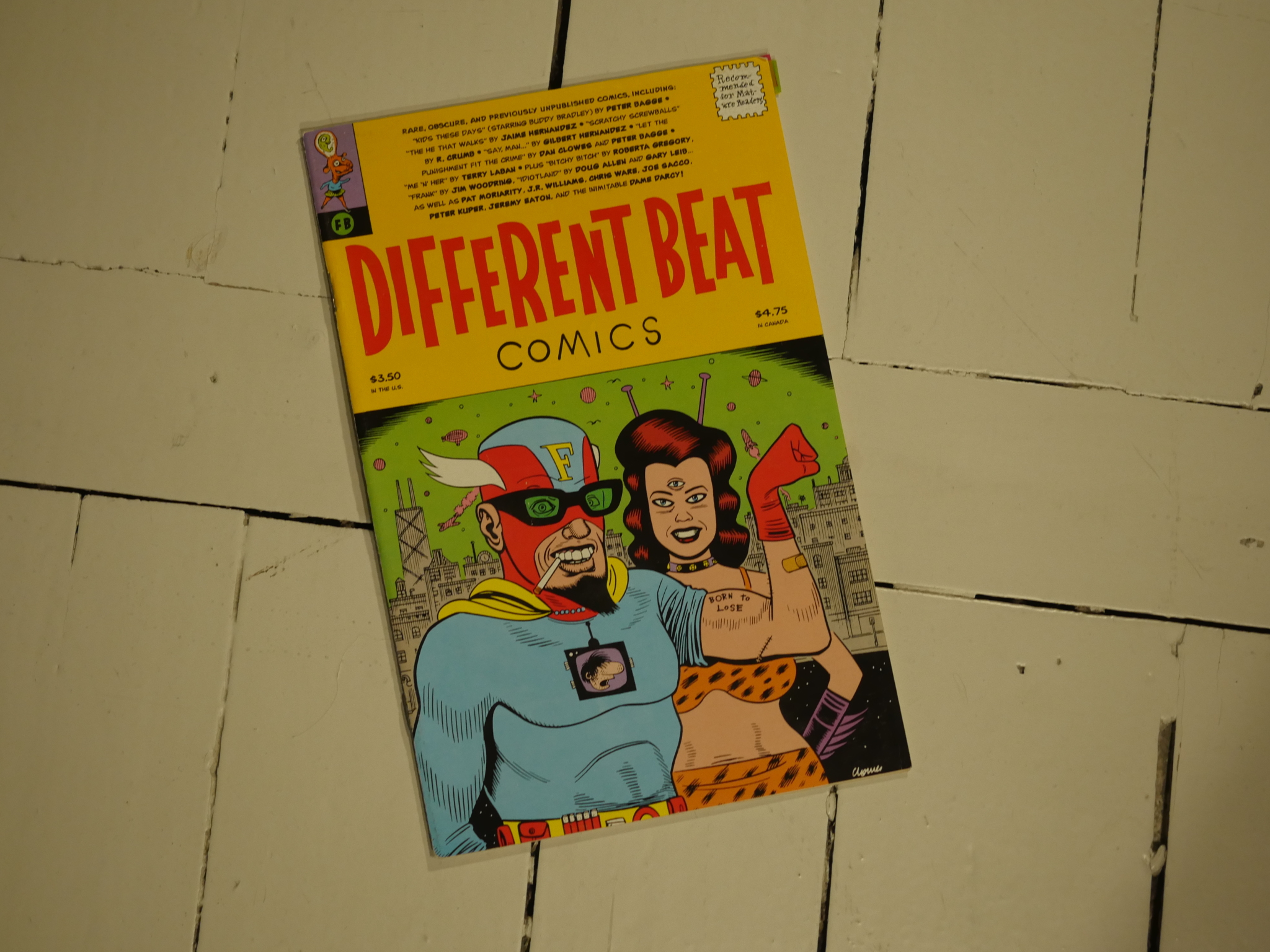 This book features a bunch of short (mostly two page) pieces that either are previously unpublished or are very obscure. It’s meant as both a way to read those obscure pieces and as a promotional tool: All artists featured had regular series going at Fantagraphics at the time.

I wonder whether it was successful at being either of those things. As a promotional tool it’s very odd: It’s more expensive than Fantagraphics’ regular comics. These days publishers issue free comics on Free Comic Book Day as a way to lure people in.

And as an anthology of rare stuff? Let’s see. 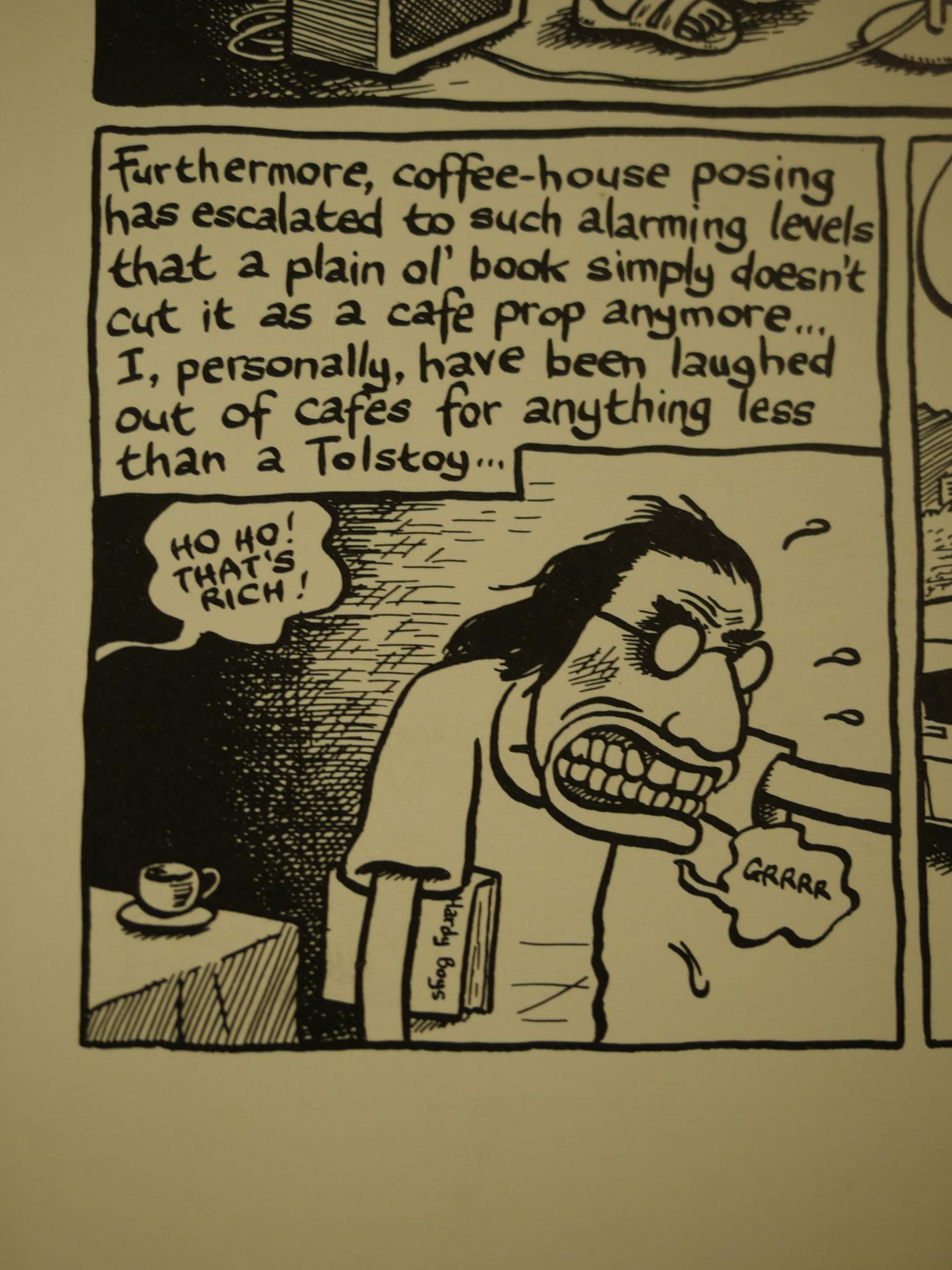 One page from Joe Sacco’s irregular single-page series on how Portland sucks, or something. I would read a collection of those, but I don’t think that’s ever happened? 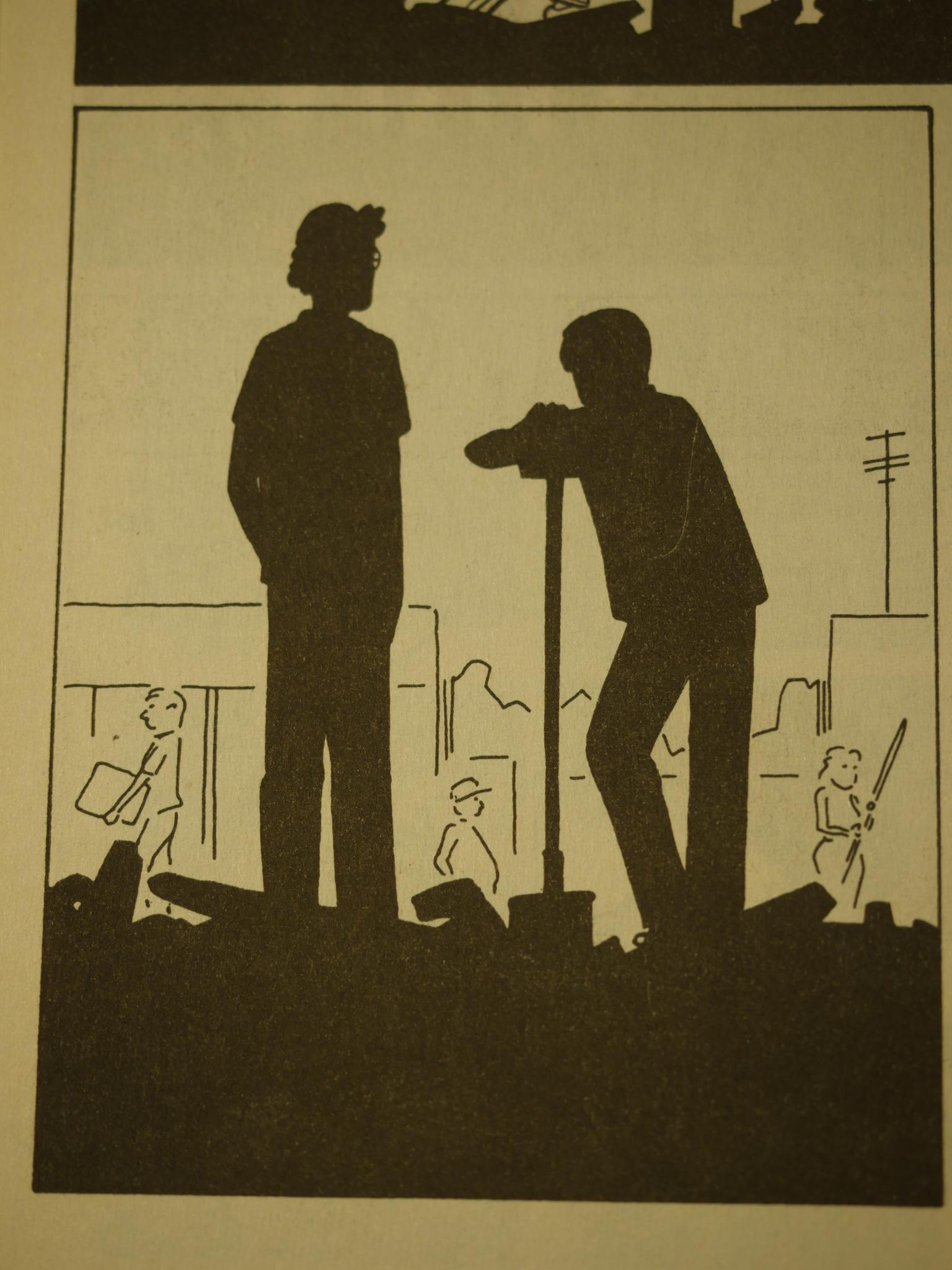 A piece by Beto Hernandez on the aftermath of the Rodney King riots. Quite different from his normal pacing. 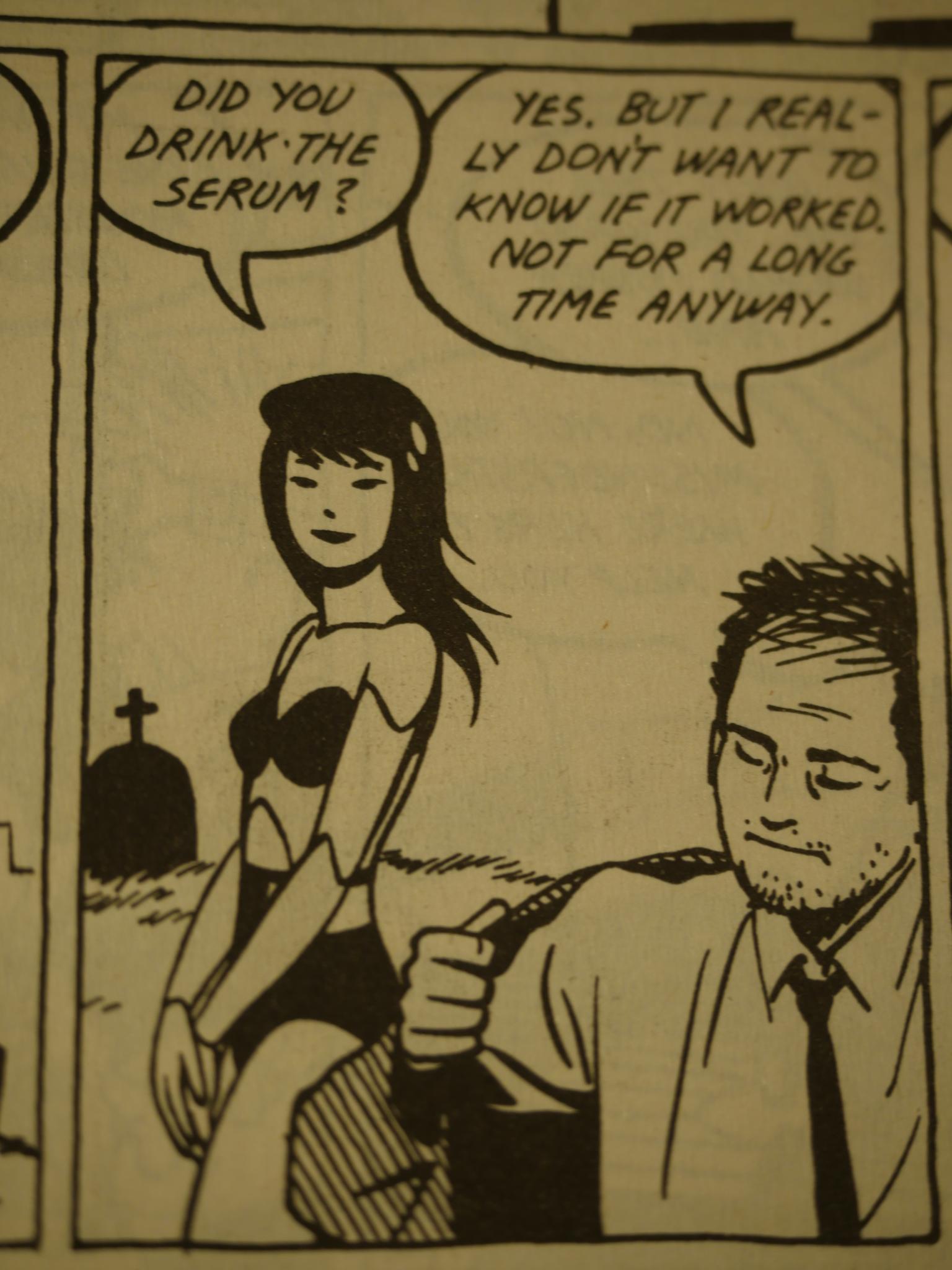 A nice five-page story by Jaime Hernandez that originally appeared in Vortex Comics in the early 80s. 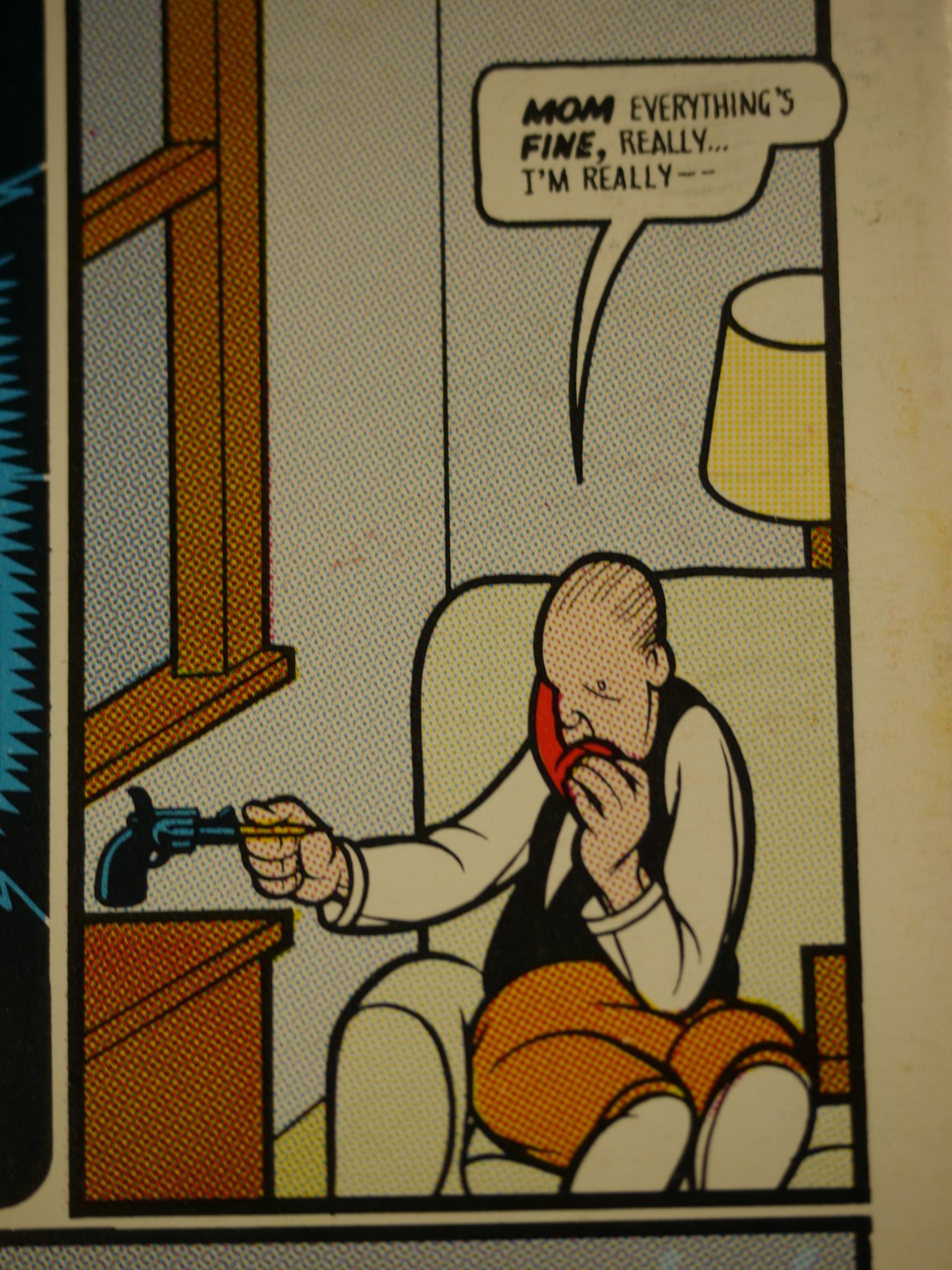 And an ACME Novelty page by Chris Ware. I have the feeling that Ware has a lot of uncollected pages out there, since he serialised many of his stories in a weekly newspapers, and then reworked them extensively before being collected. I can’t remember this page in the collected edition, for instance, but I may be misremembering. (I’ll have to reread ACME Novelty Library one of these weekends.)

So, does it work as a collection of stuff by artists we already enjoy? Yes, I think so. As a promotional tool, however, I can imagine a lot of heads were scratched.