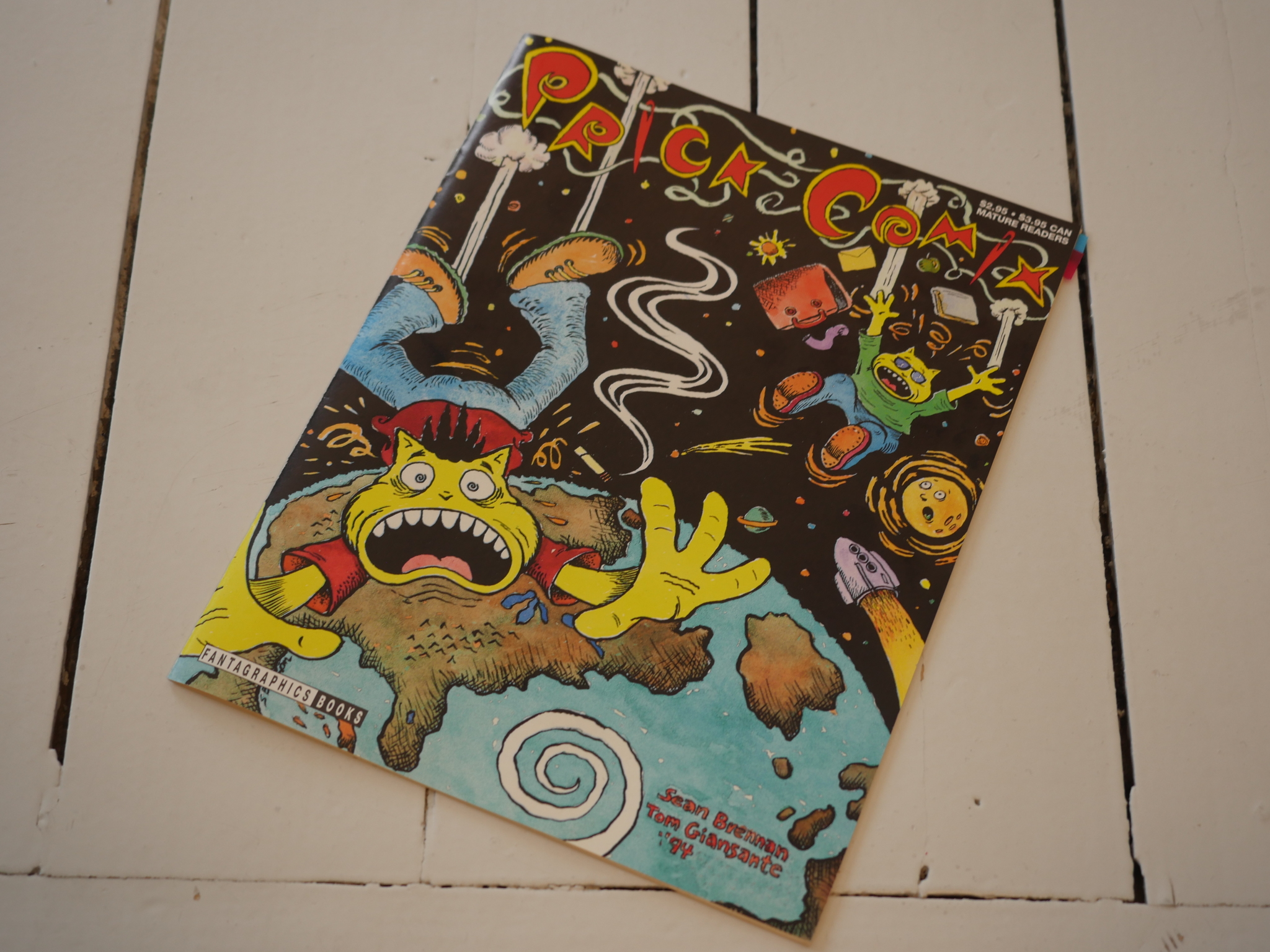 This comic reminds me a bit of those random underground comix that were published in the early 70s. Just goofing around (while high, most likely) without much ambition to do much beyond that. 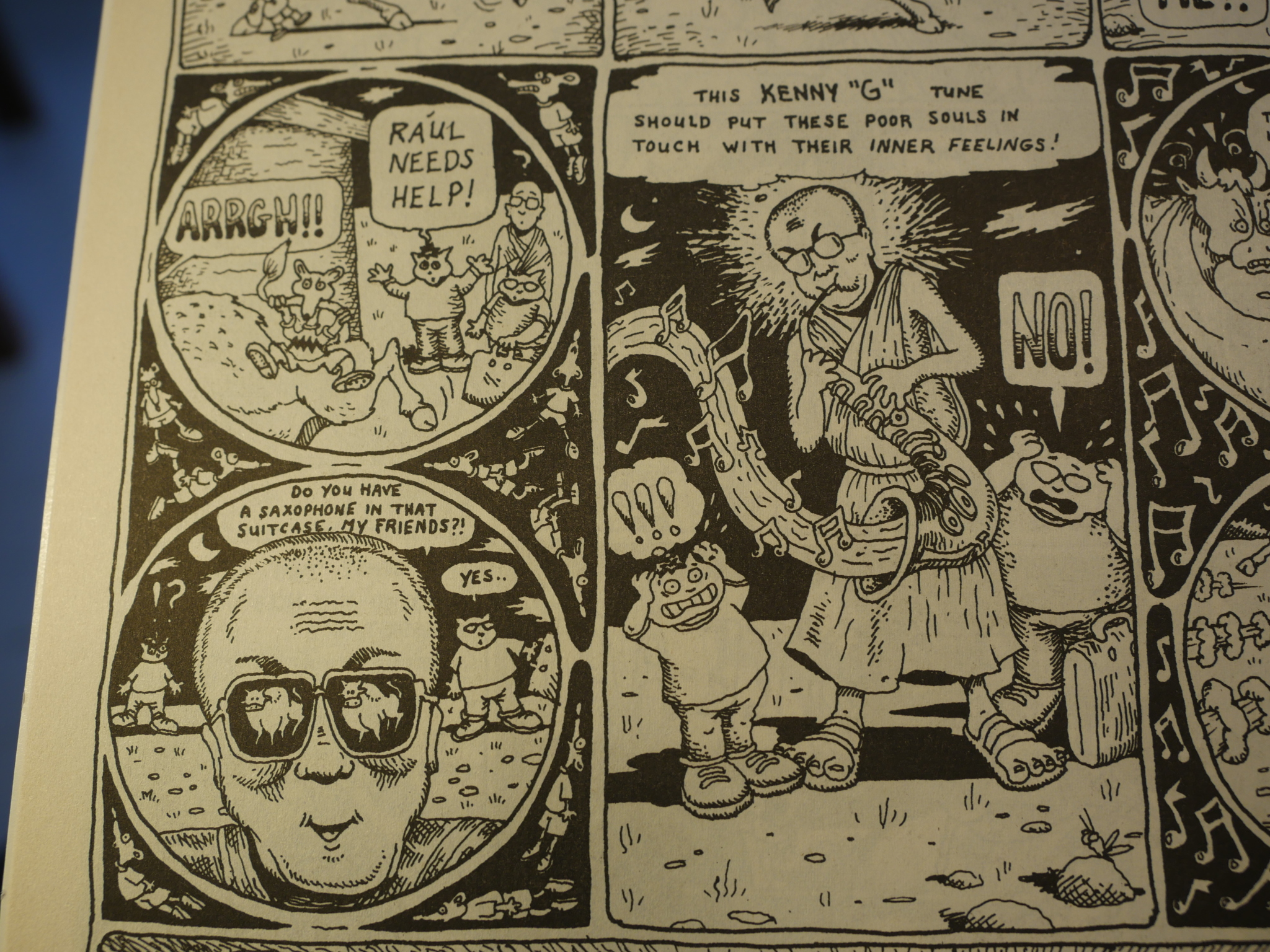 That’s the Dalai Lama fighting against some kidnappers by playing a Kenny G tune.

See what I mean? 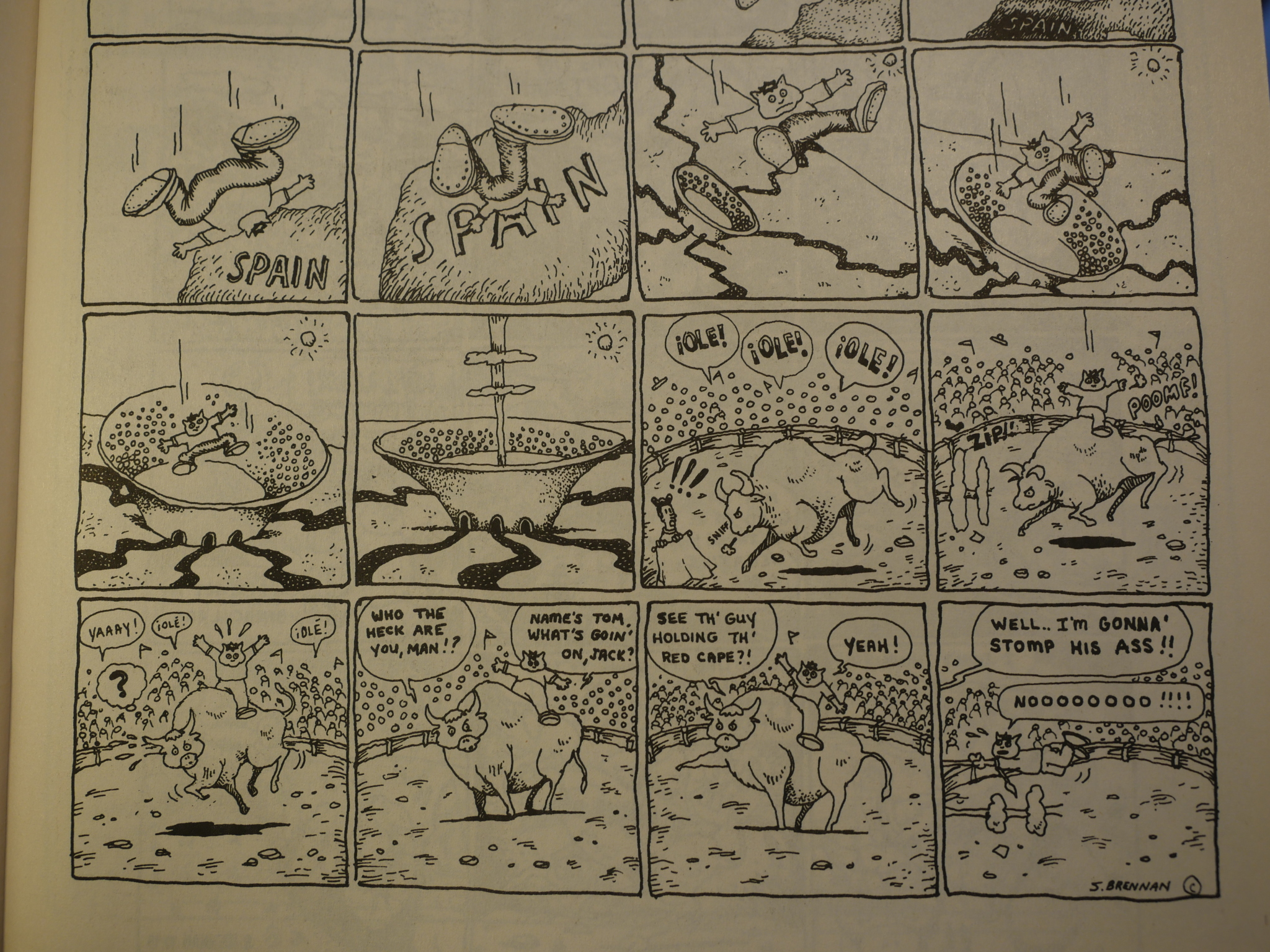 Or perhaps it’s more like a couple of teenagers. 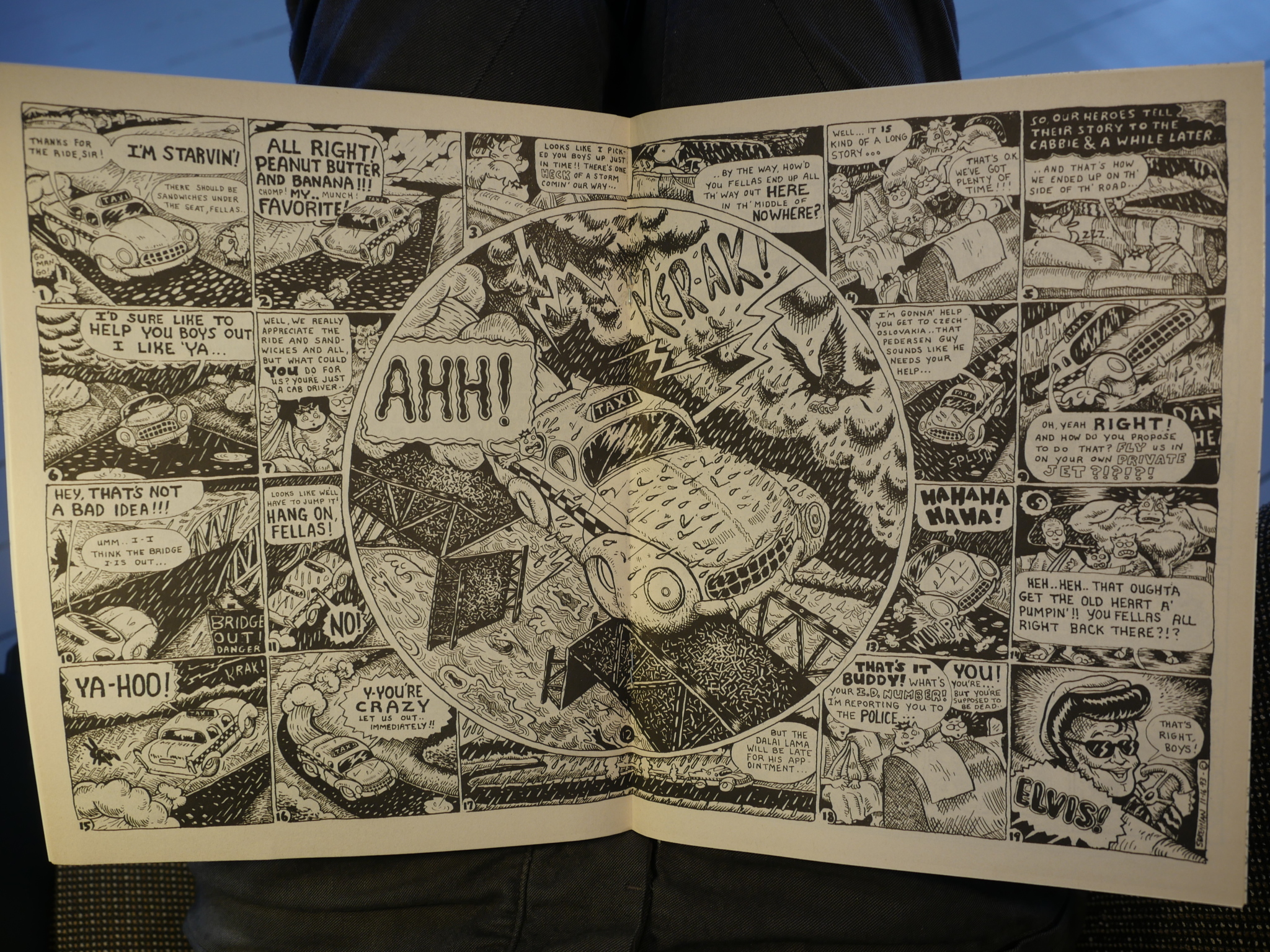 Inventive but confusing layouts, too.

Apparently neither creator published anything before or after this. On the other hand, the 90s are lost to the mists of Google, so who can tell…