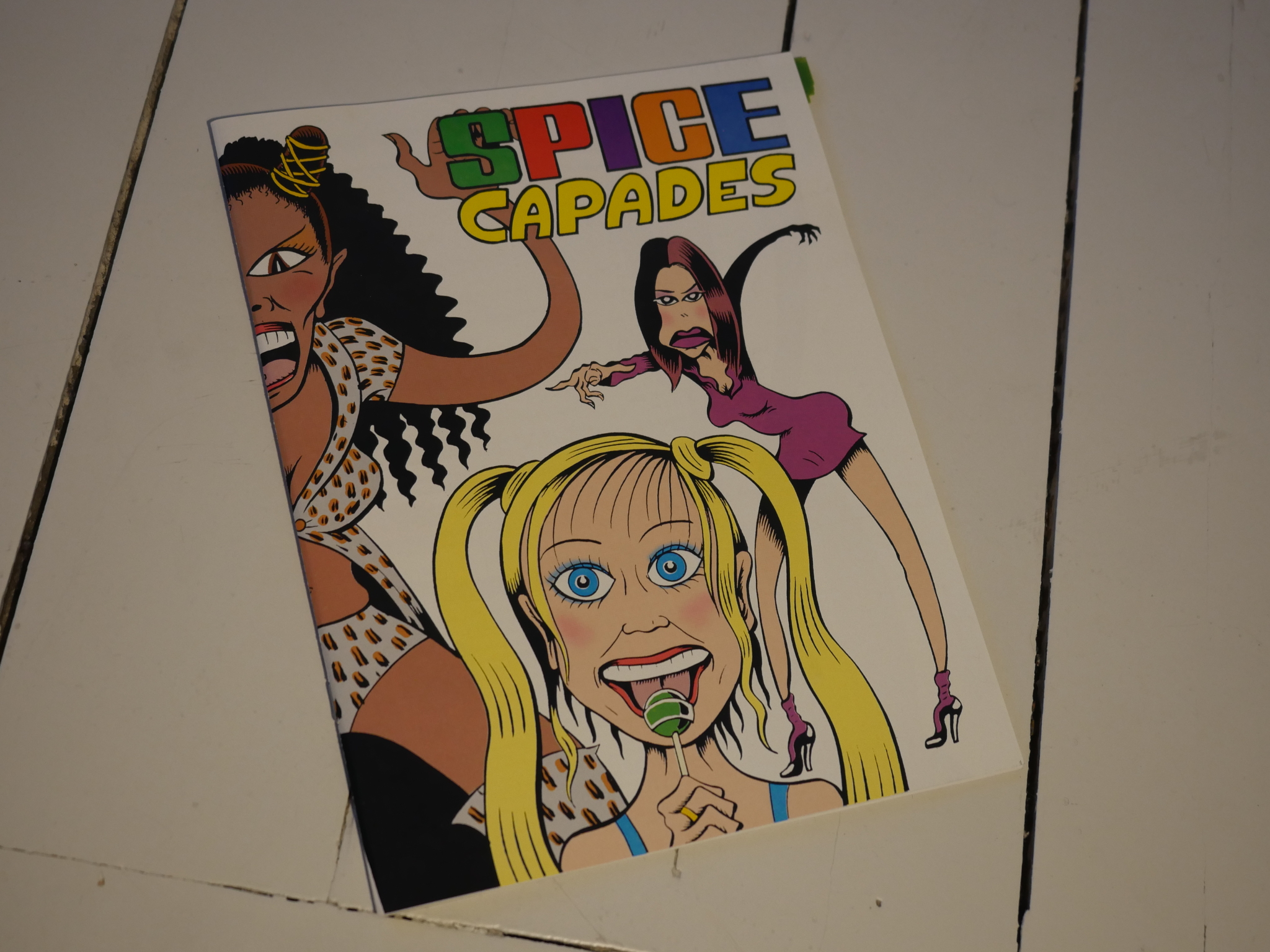 By 1999, I would have thought that Spice Mania had subsided? So it was probably too late publish this to cash in, but perhaps that wasn’t the point, anyway… 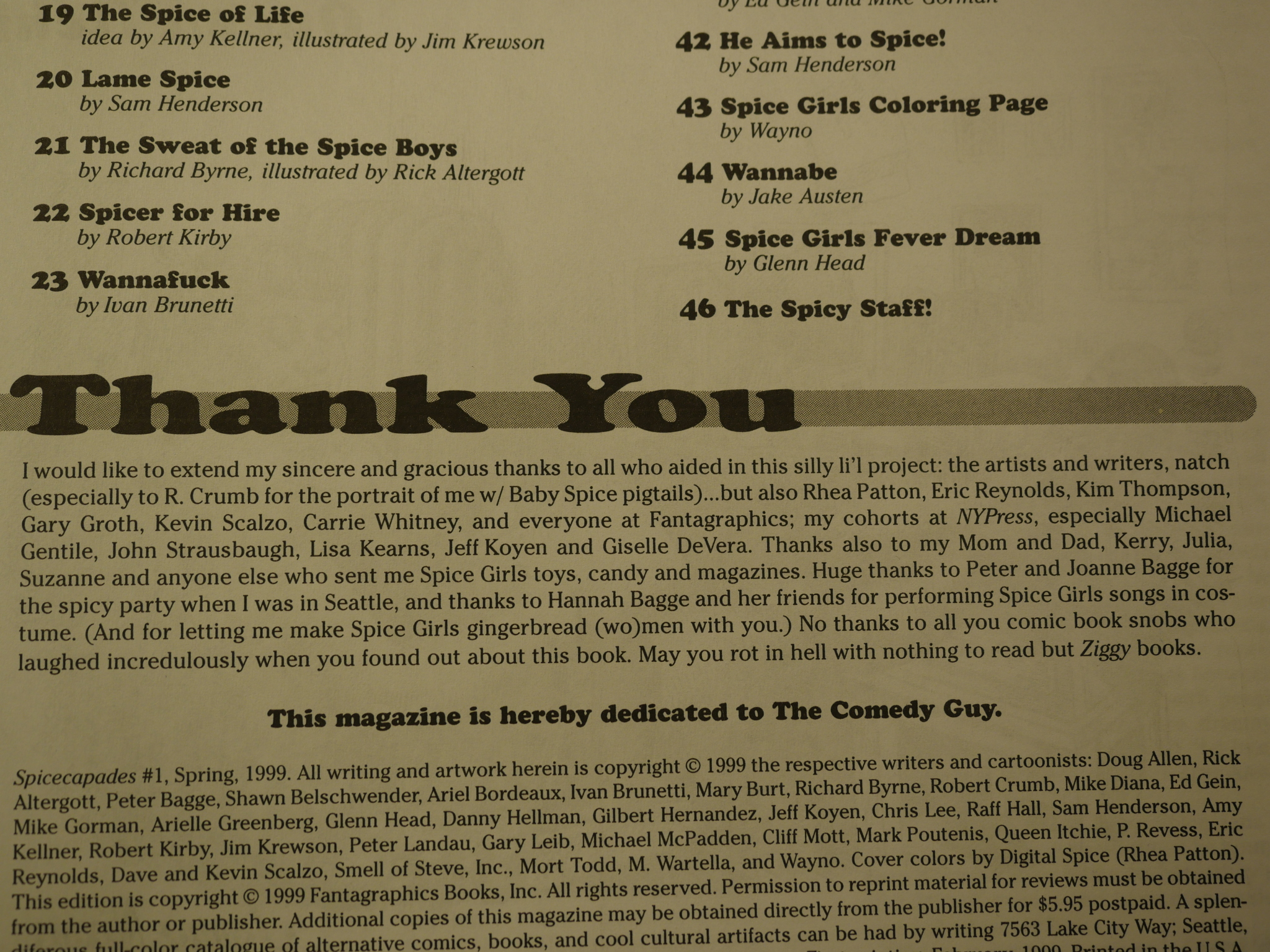 So what’s up here? If not a cash grab, is it an honest appreciation or ironic appropriation? 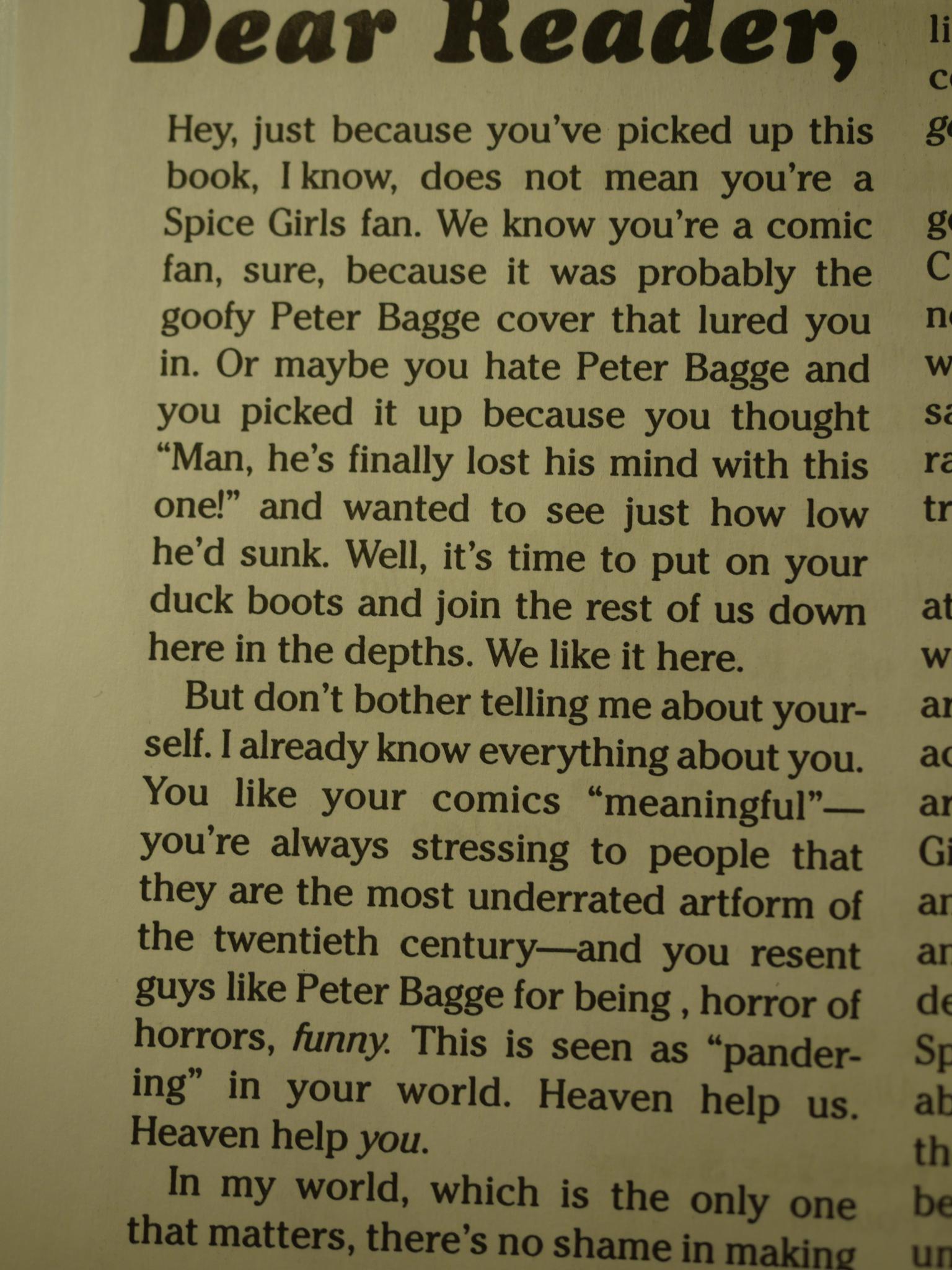 There are several essays here, and most of them have some kind of variation of those paragraphs: People who like comic books suck (which is generally true, I think), and… and… somehow that makes the Spice Girls important. Somehow. 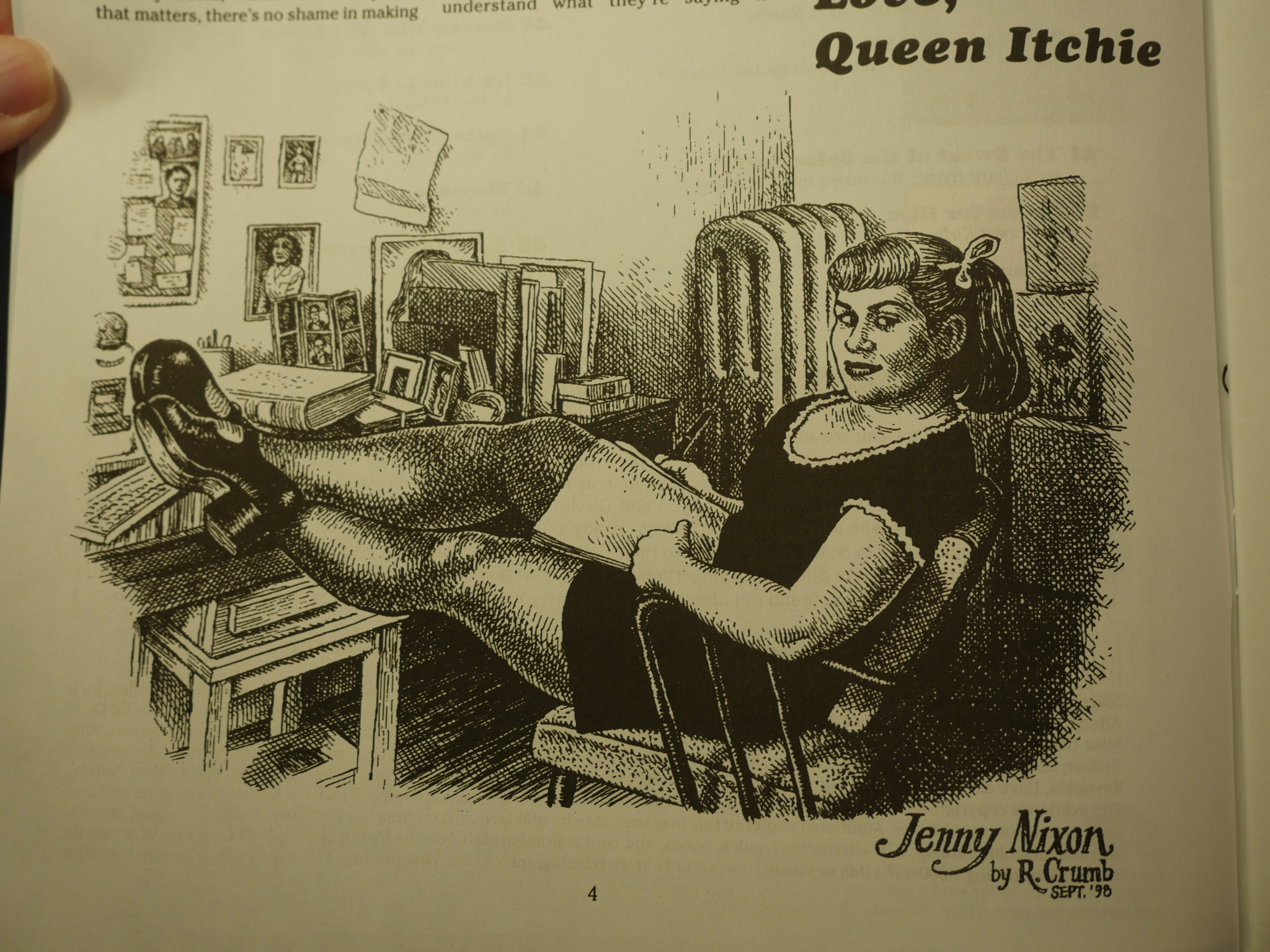 This is apparently a drawing of the editor, who may or may not be called Jenny Nixon? It’s all so confusing. 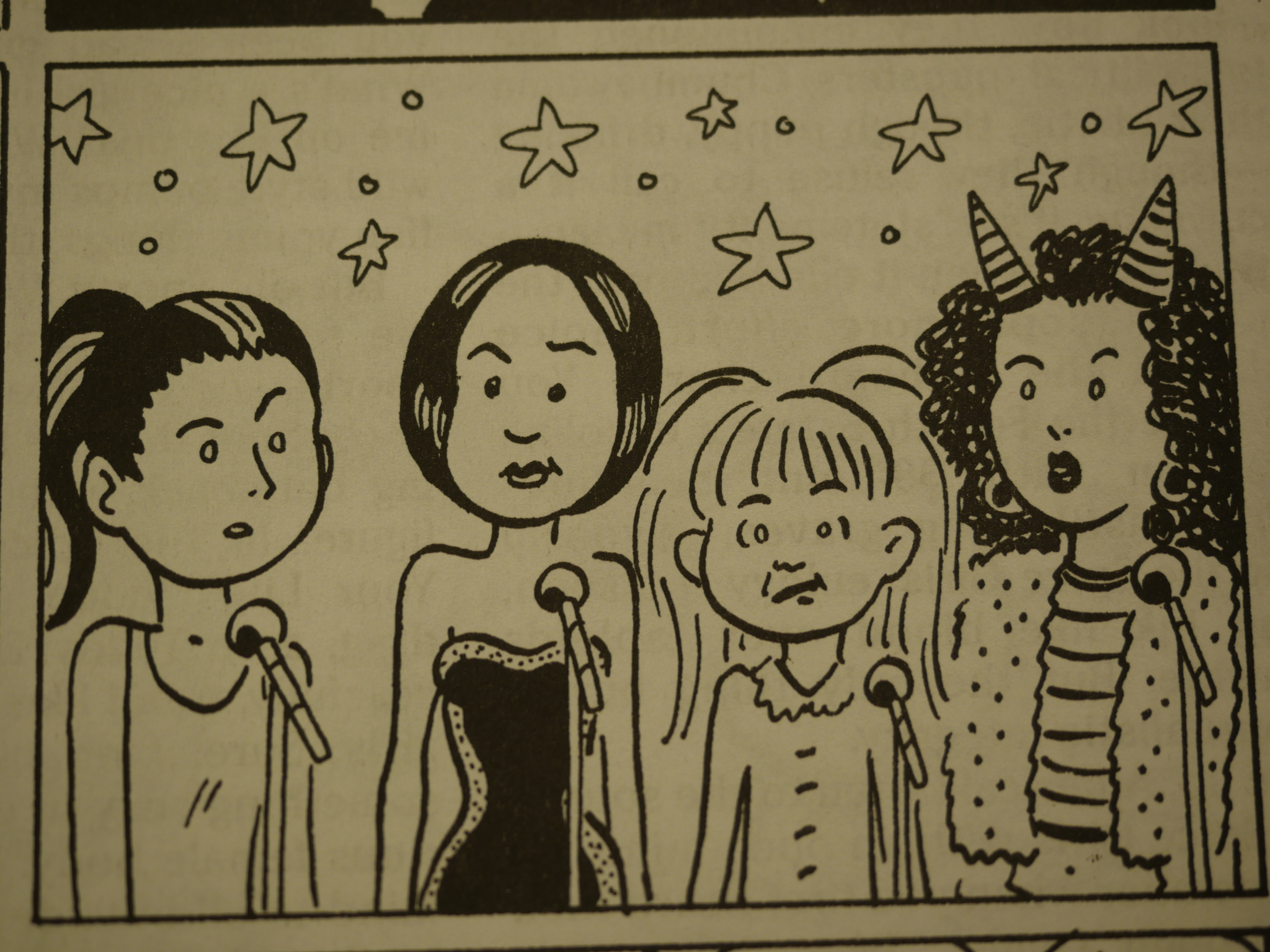 Beto Hernandez does a page… 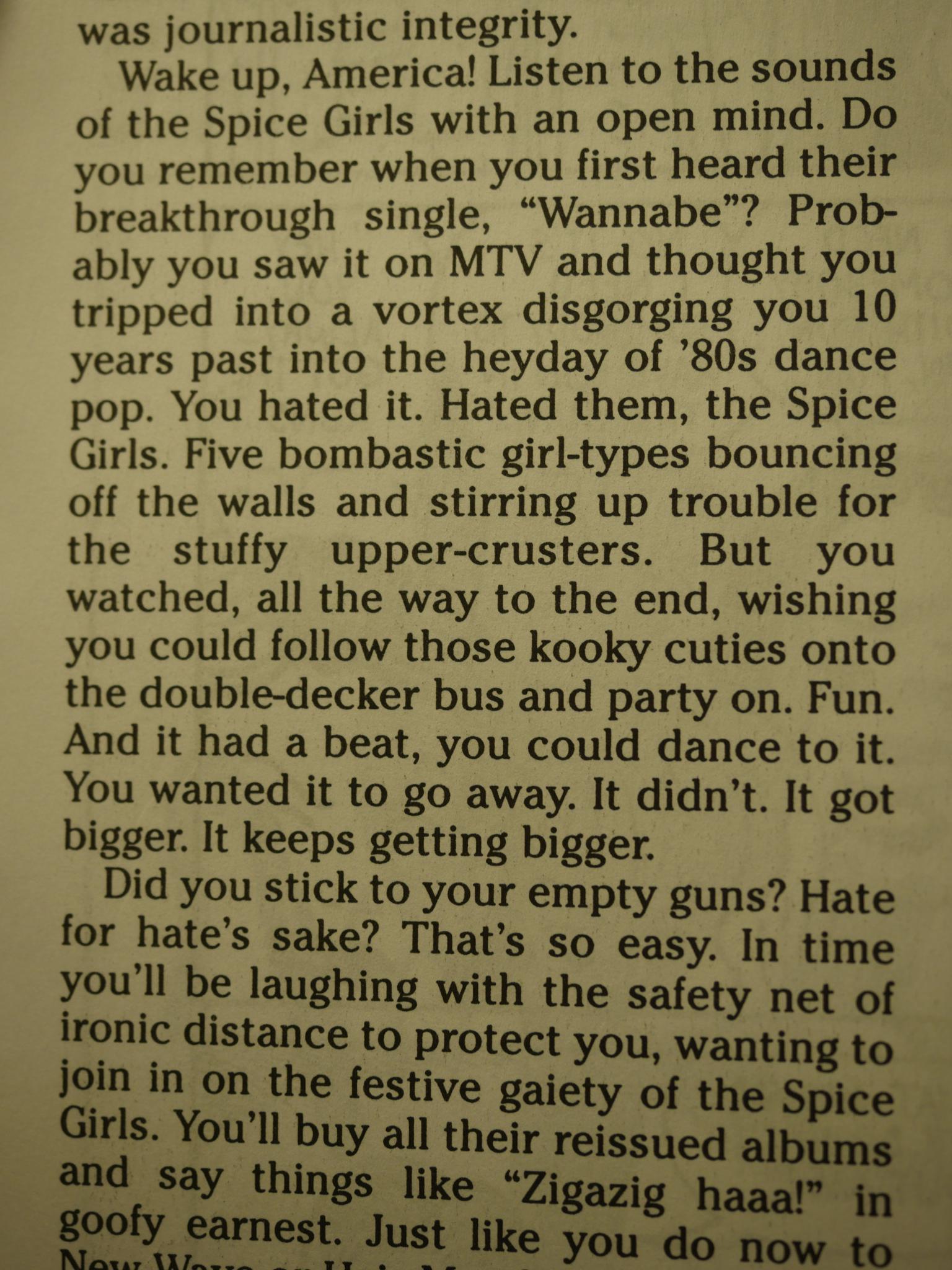 Why so defensive? If you like the Spice Girls, why spend all this time moaning about people who don’t? (Moaning by Peter Landau.) 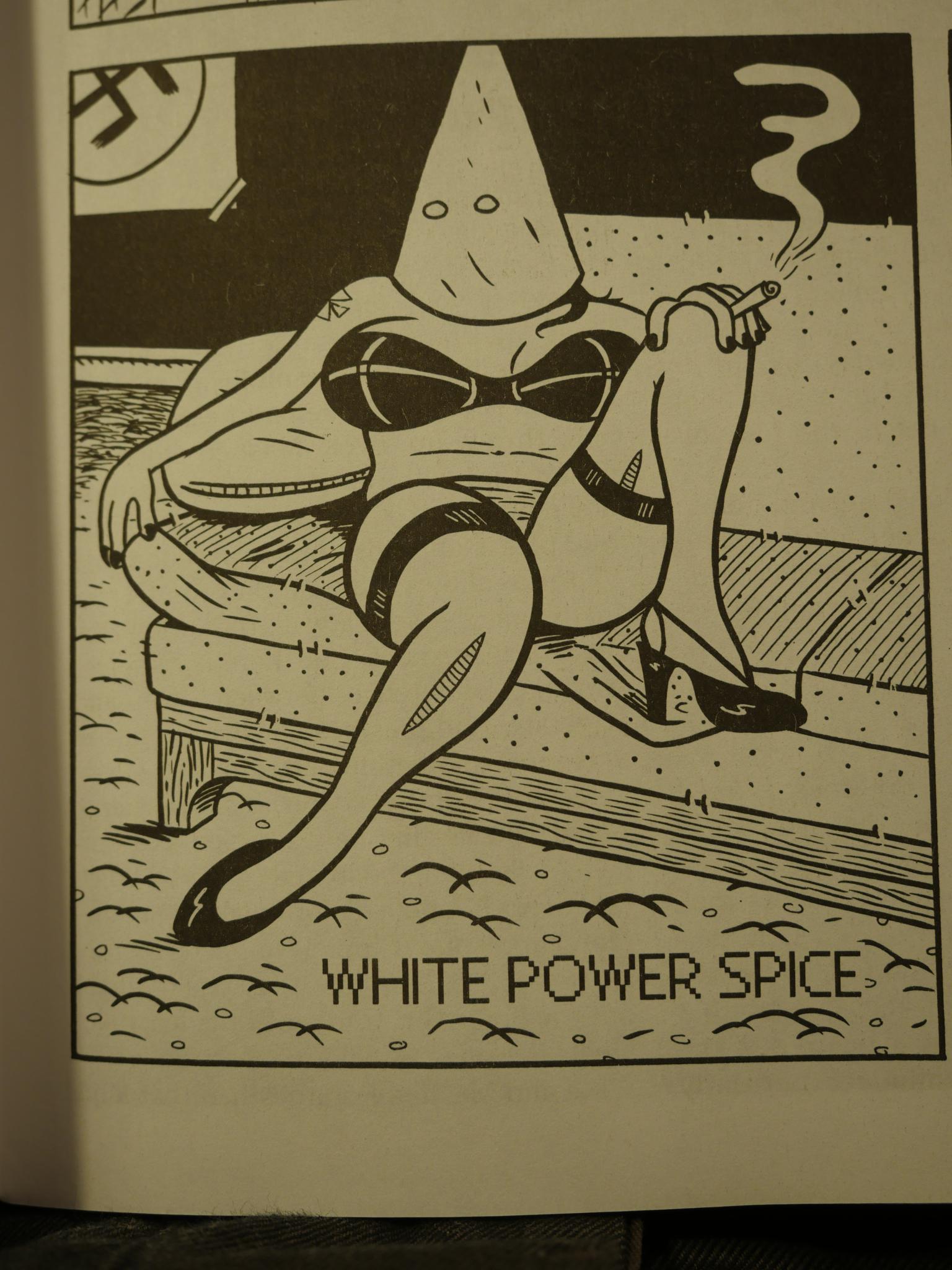 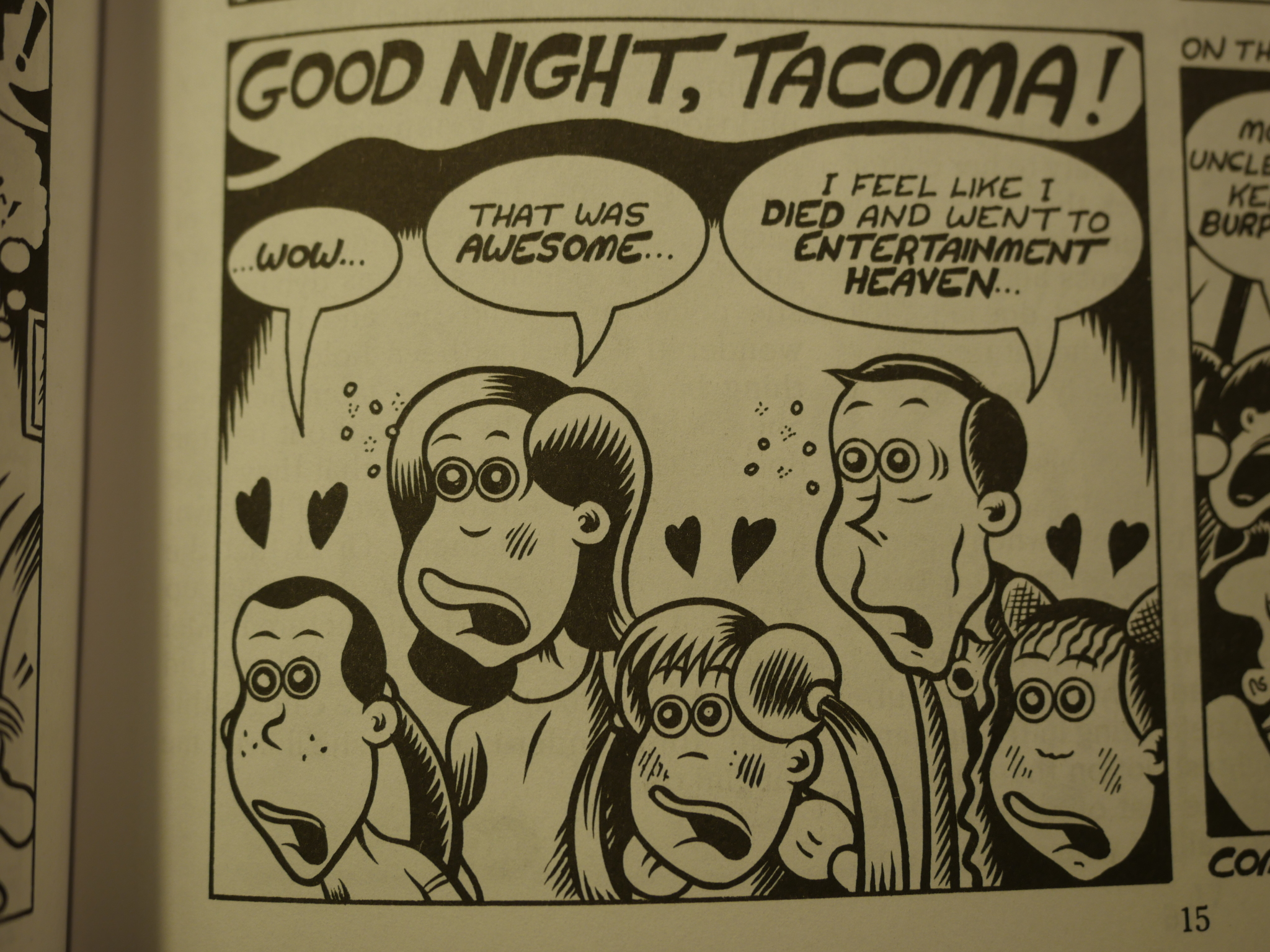 The best piece in the book is by Peter Bagge. His love for pop music in general and the Spice Girls in particular is unabashed and uncomplicated. 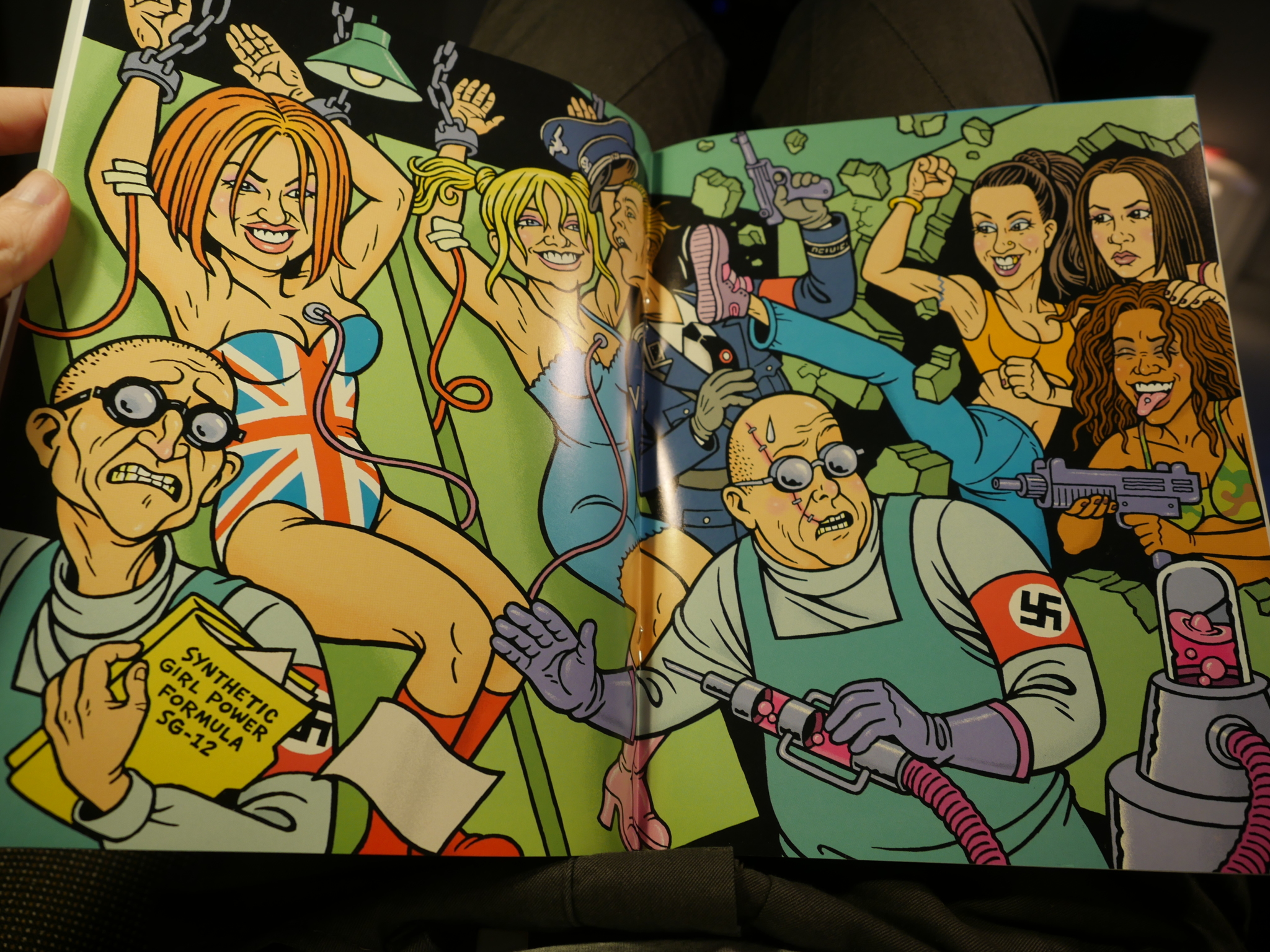