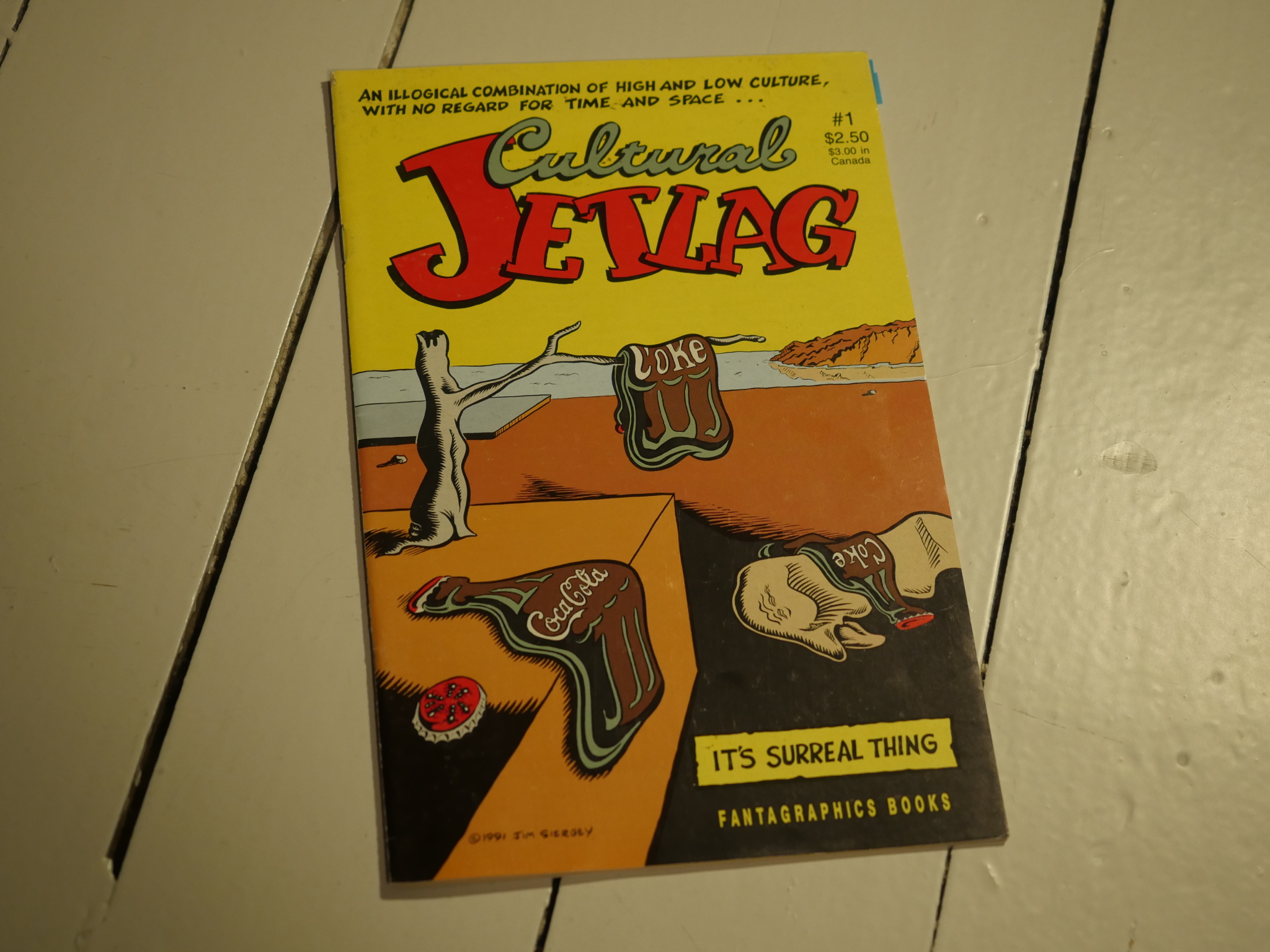 Cultural Jet Lag was apparently a weekly strip, and this might be a collection of some of those strips. However, the format varies wildly, and some of the longer stories don’t really seem like weekly strips, so perhaps it’s a mixture of reprints and new stuff? 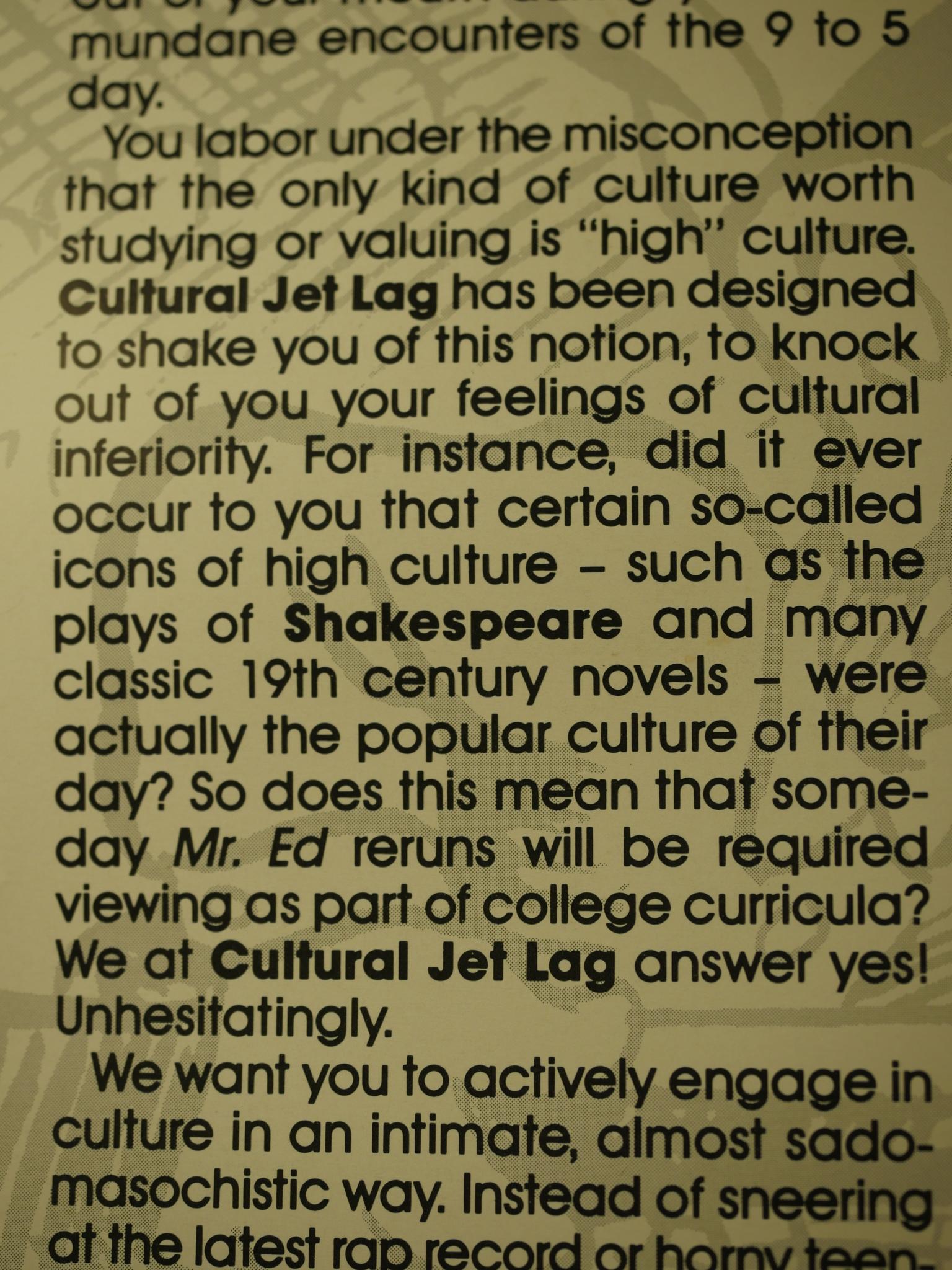 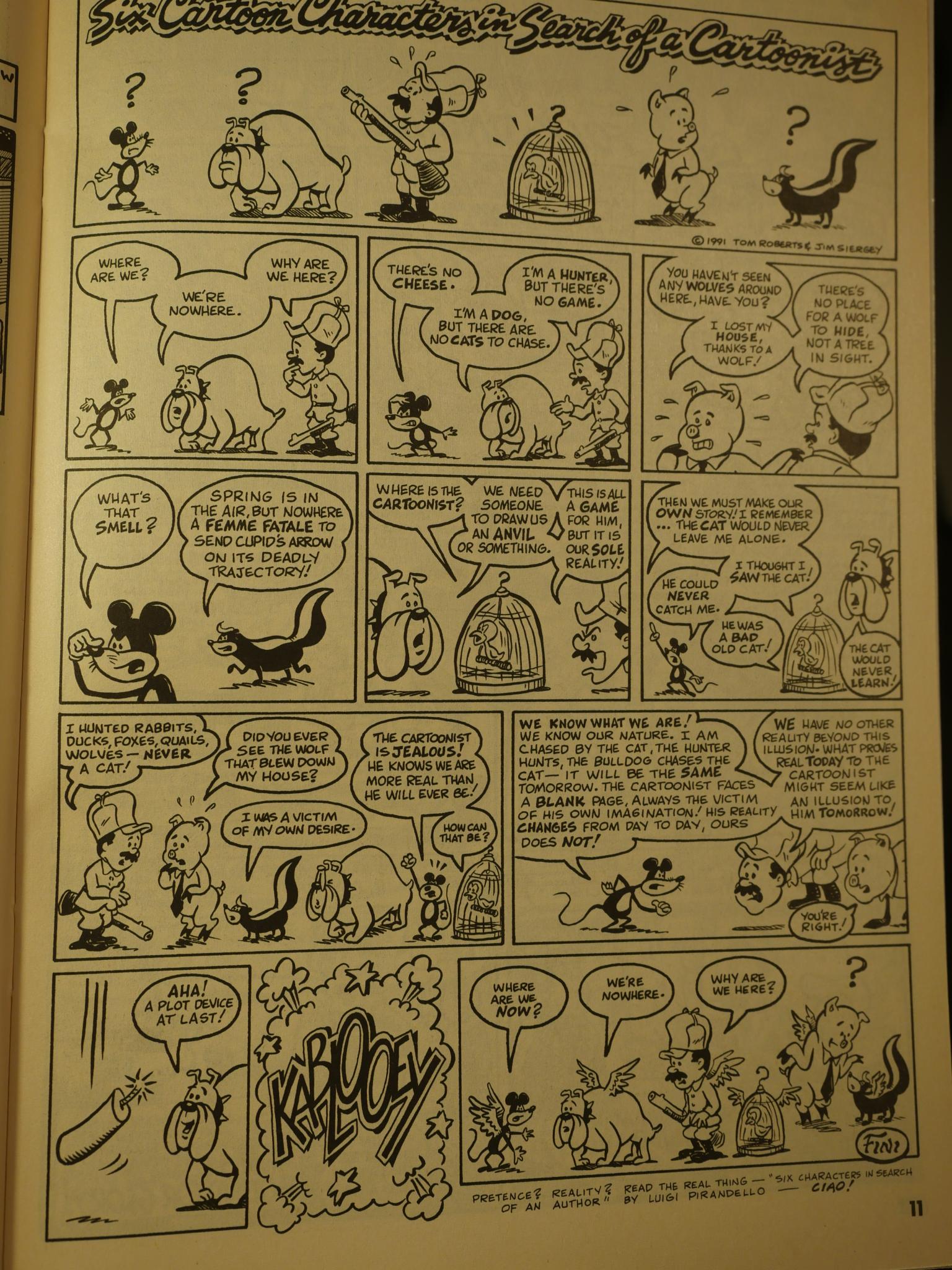 The main mode here is mashing up a literary piece with pop culture references. Your mileage may vary depending on how familiar you are with the works being referenced. 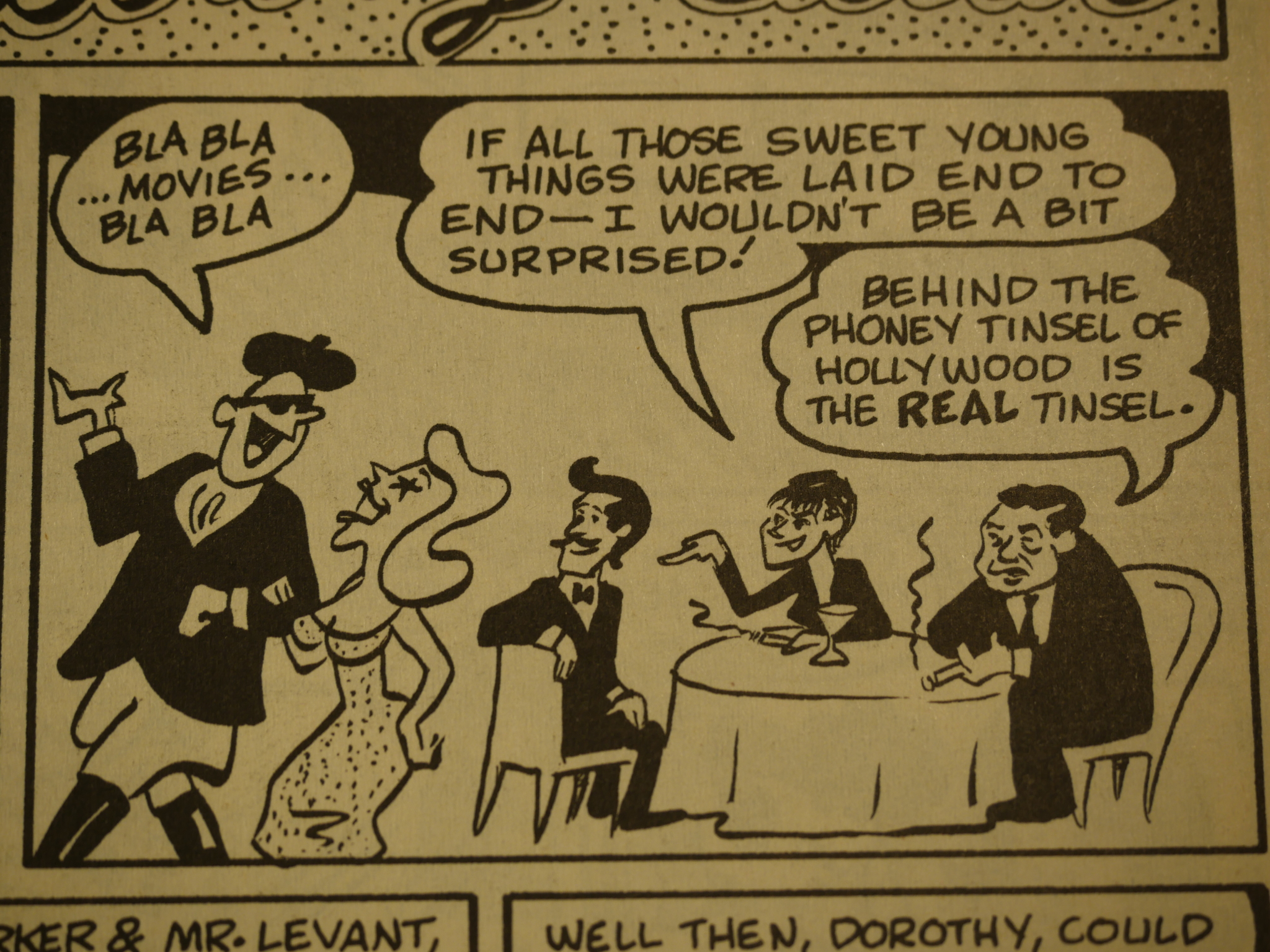 There’s also a sizeable number of strips that take quotations from people and build a storyline from those quotations, like this one with Dorothy Parker and Oscar Durant.

The art varies quite a bit from piece to piece. Jim Siergey is proficient at aping various styles. 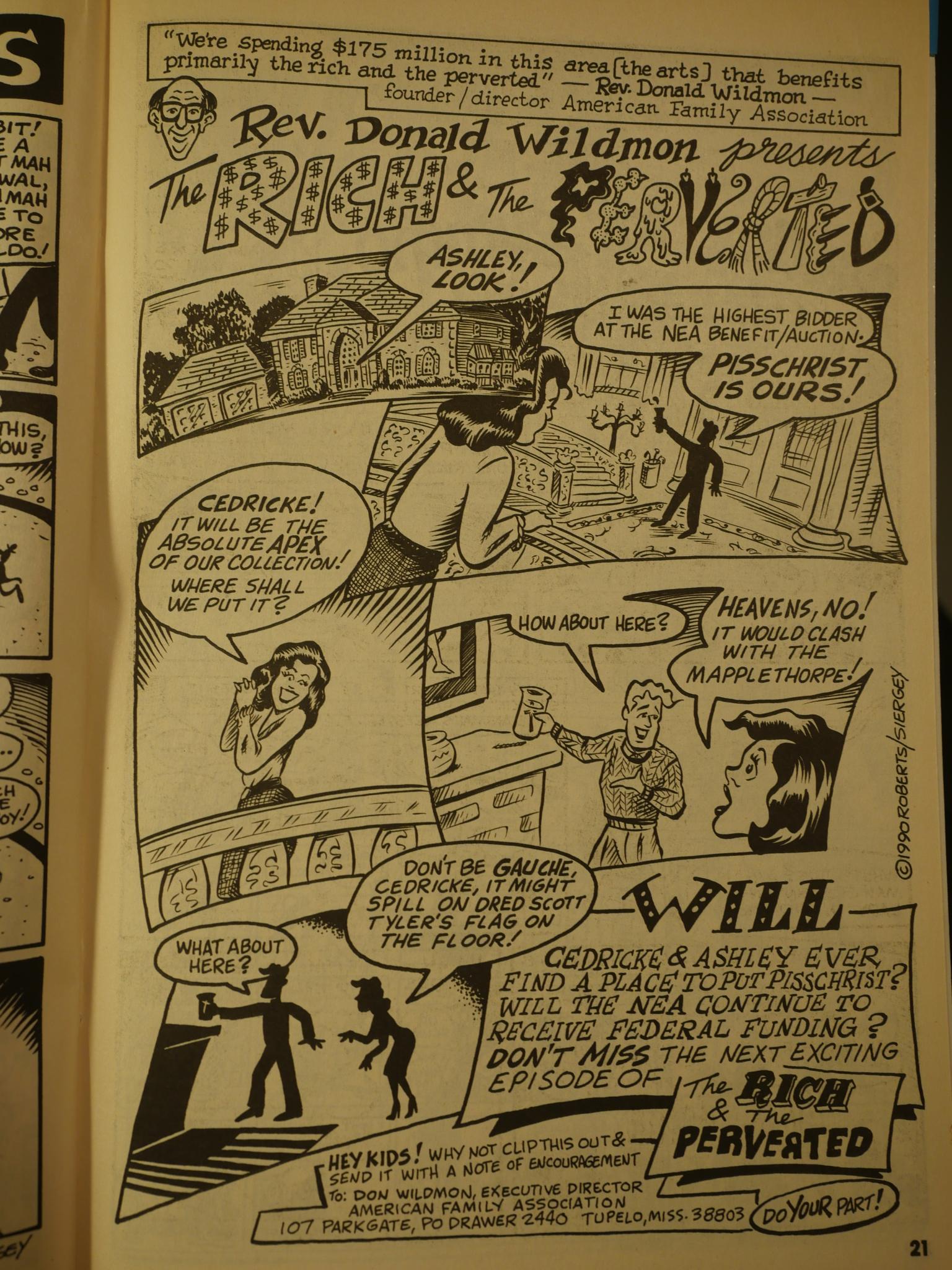 And then there’s general silliness.