I use Borderlinx to bounce packages via when I buy stuff from ebay, since so many American ebay sellers don’t want to ship cheap items abroad. And it gives me greater control on when packages arrive, and it’s cheaper.

So everything went well for months, and then two packages were stopped because they apparently contained contents that can’t be shipped to Norway.

I mean… I could understand it if they were antsy about shipping edgy stuff to Saudi Arabia, but Norway?  That’s like…  whaa?

These are comics I’ve been buying for my Fantagraphics project, and are just normal indie comics, I would have thought.  Nothing to get riled up about.  Why are they opening the packages in the first place?  “Pornographic cartoon”?  Really?  Which one?  And what’s the other package about?

The Borderlinx depot is in Dayton, Ohio.  Is that part of the bible belt or something?  Why are these people sitting there reading my comics?  WHAT”S GOING ON!!!1

I got in touch with customer support, and five days later I got this response: 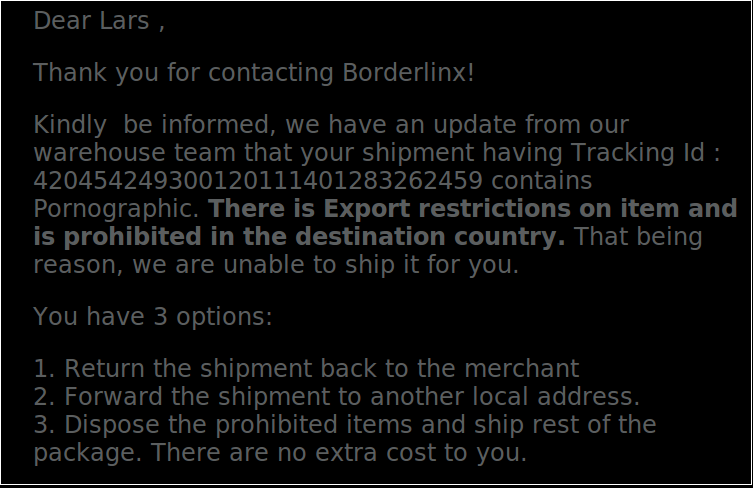 OK, it’s…  pornographic…  It still doesn’t say what it is, but by using triangulation between dates and tracking IDs, I think it’s probably an issue of Pressed Tongue by Dave Cooper.  Well, OK, I can see how that might be…  er…  challenging.  He’s very squishy.  Let me show you a random page from another one of his series, Weasel: 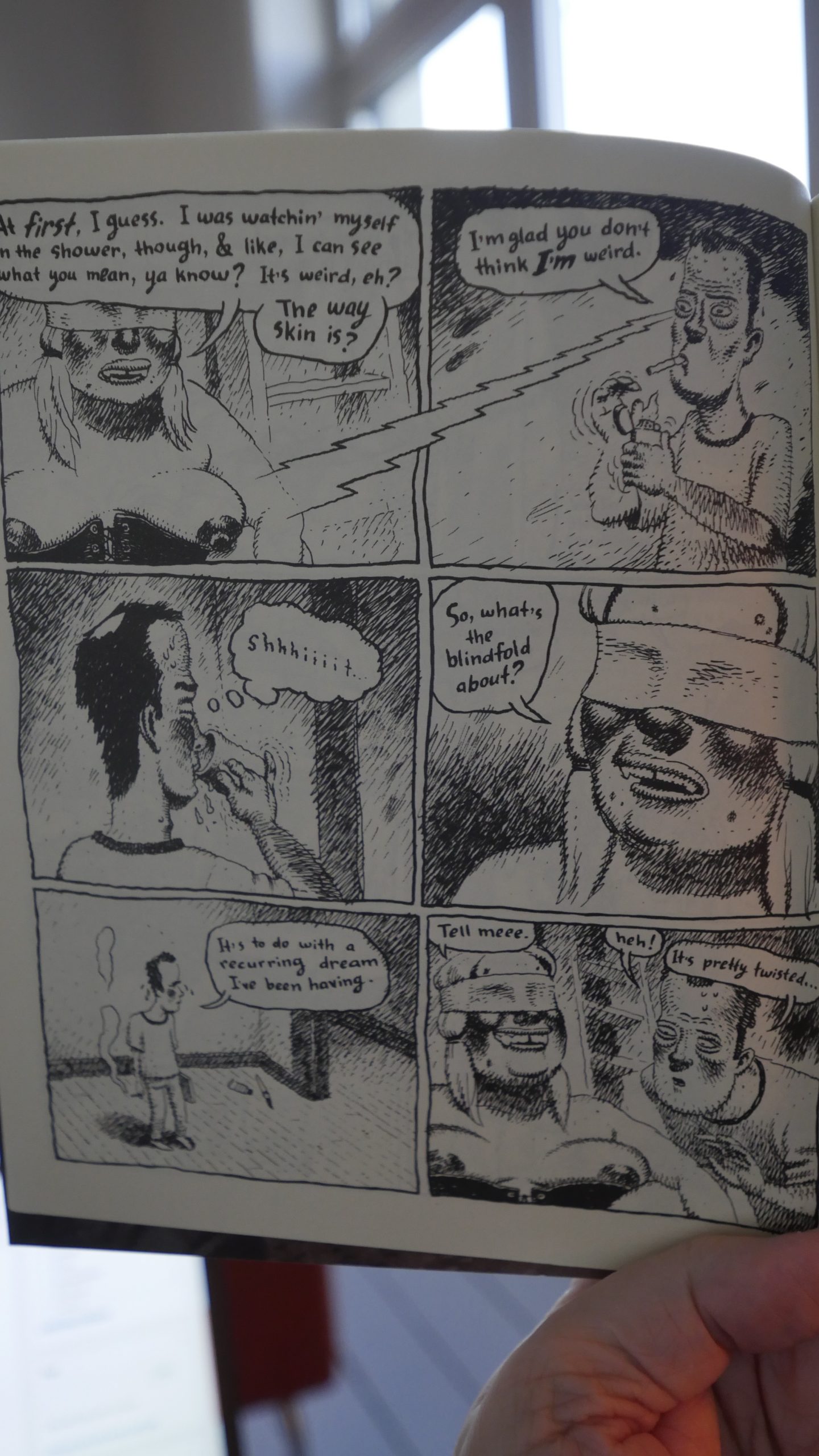 See?  Squishy and somewhat icky: Cooper deals a lot with body horror.  I don’t think that this would be masturbatory material for most people, though.

Adventures on the Fringe!?  But that’s a comic book in this style: 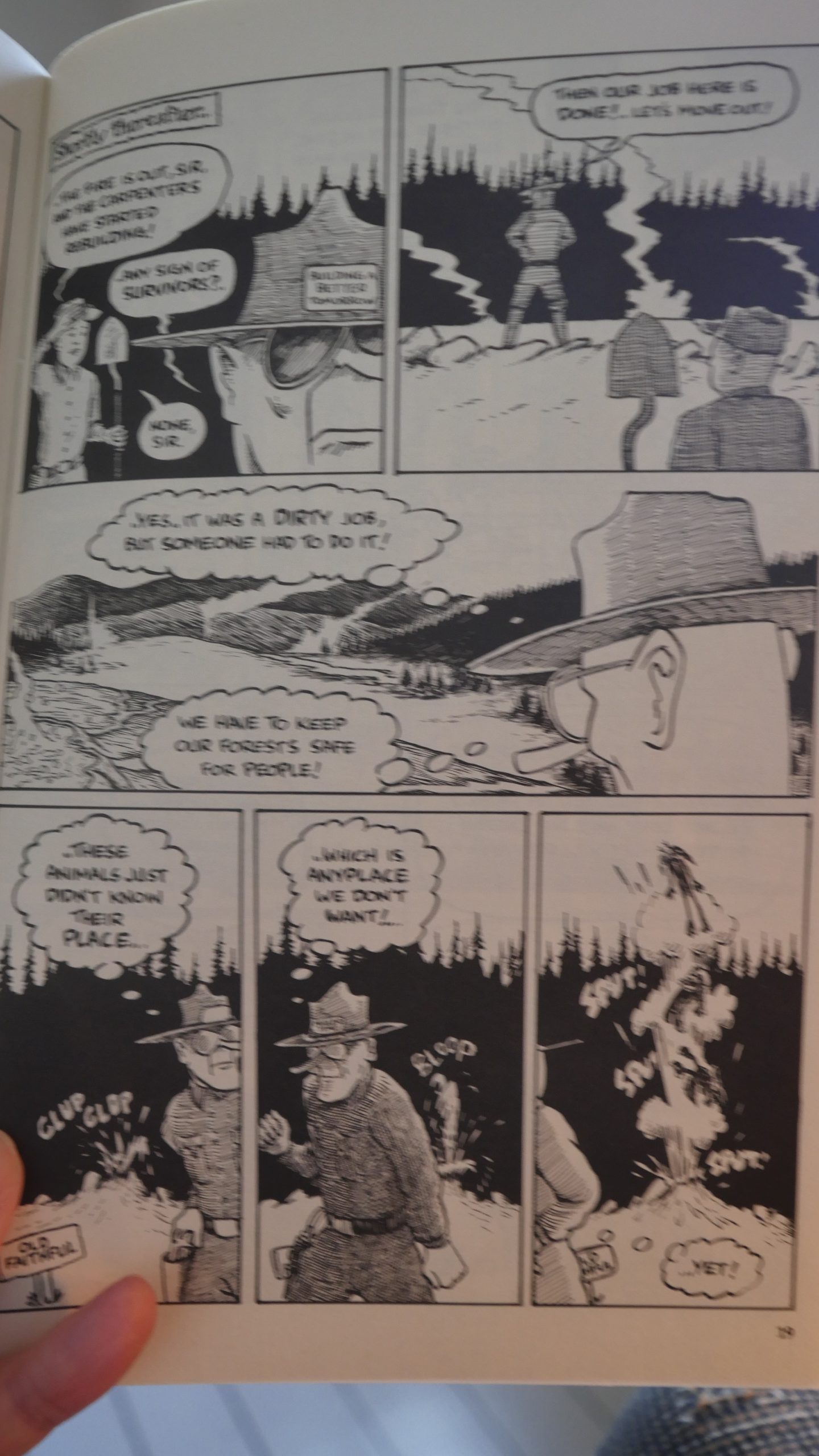 Well, the cost of these comics are like $2 each, and if I want them to ship it somewhere else in the US, they want $35. Borderlinx is remarkably cheap: Is this how they make money?

I guess I’ll just have to ask them to destroy these dangerous comics and buy them from somebody else.  And ship them through Shipito instead.

Norway will be safe from moral turpitude for a couple weeks more, and I have to decide whether to continue to use Borderlinx or not.  I certainly can’t ship more expensive items through them if they are destroyed at random. Perhaps there’s cocaine use in that next comic book?  The horror.

6 thoughts on “Bordering on Insanity”