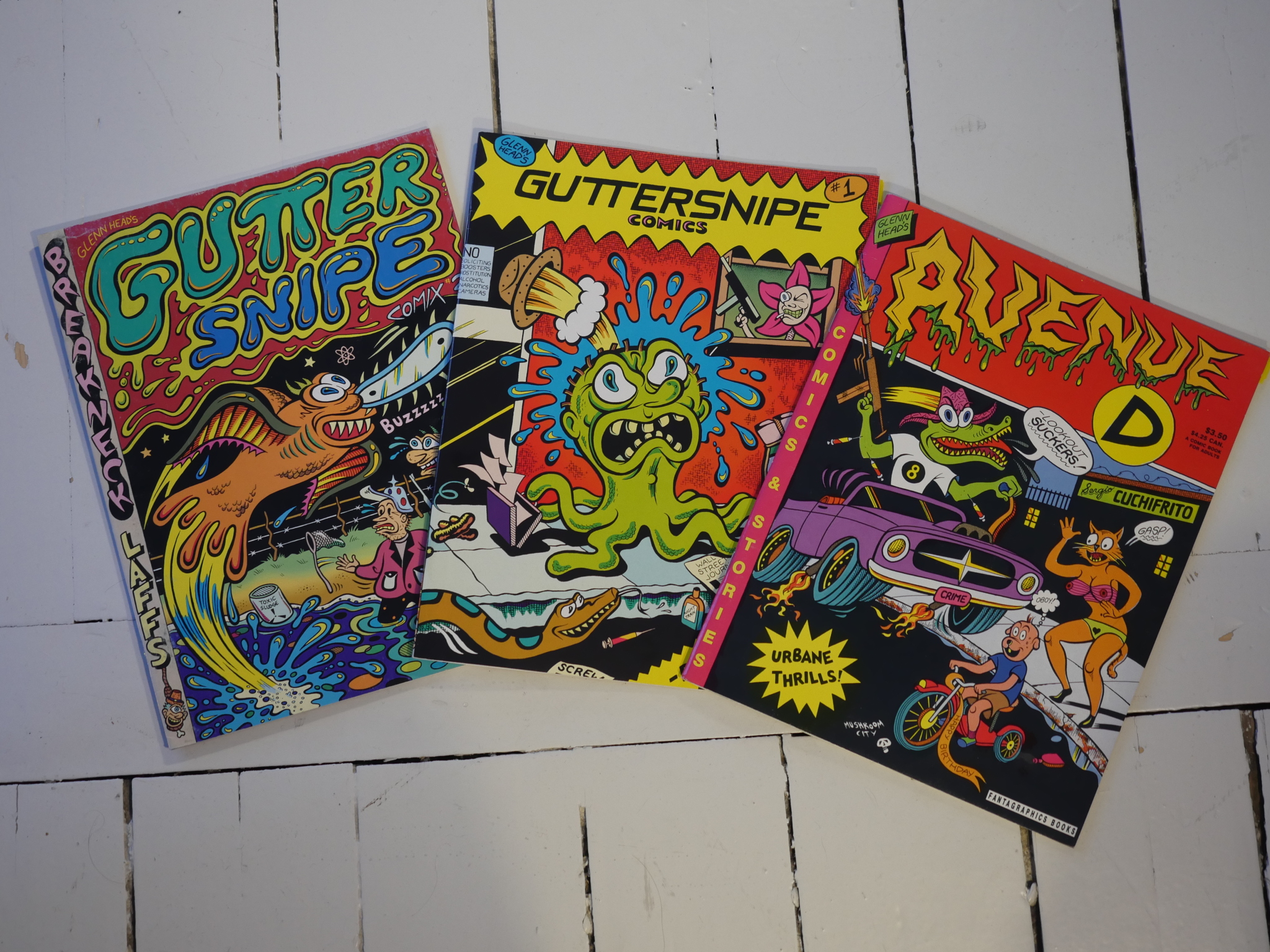 I guess you could call Glenn Head a third generation underground comix artist. His comics seem to belong to that lineage even if he started working in the 80s. 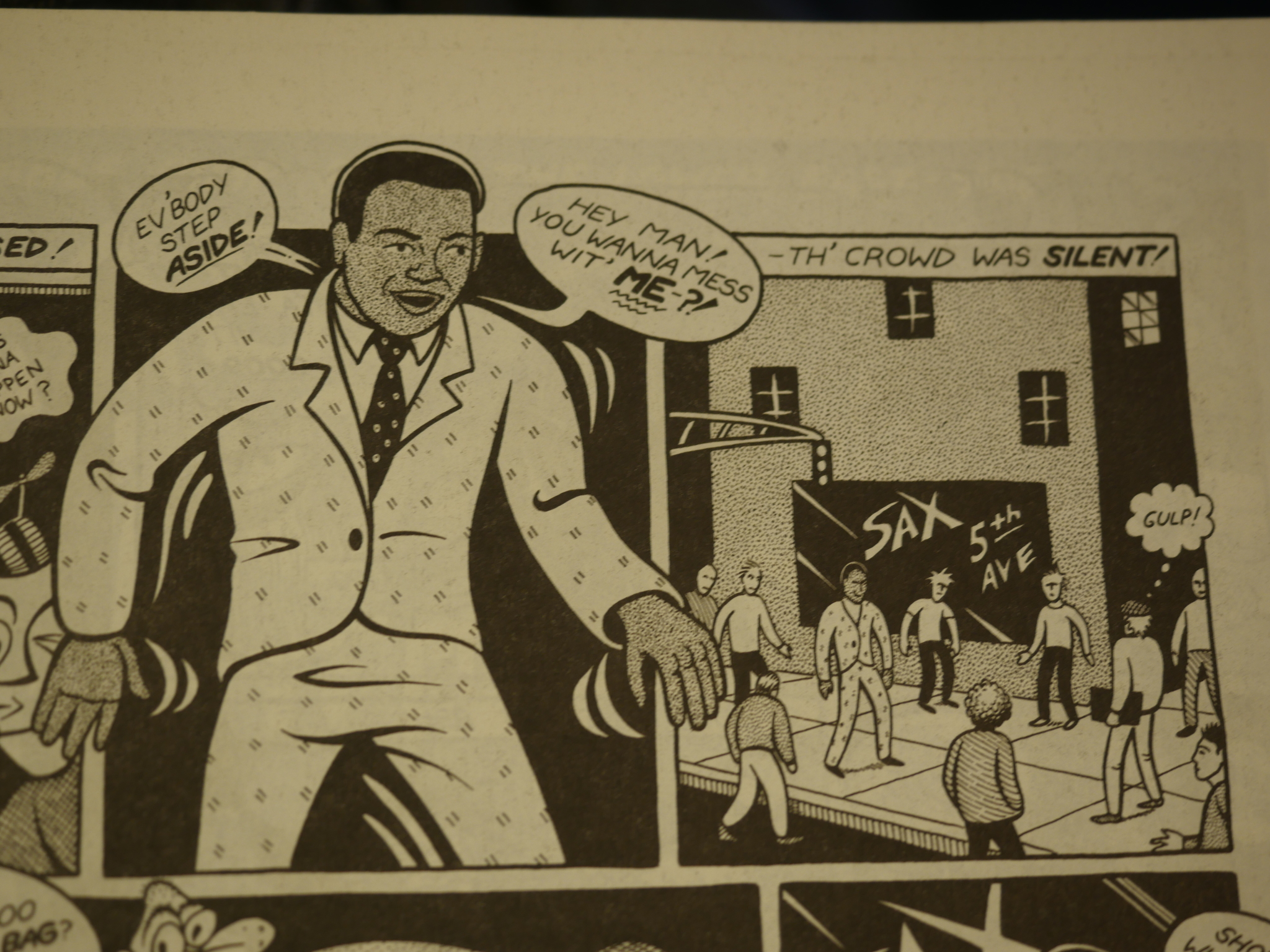 Avenue D collects various bits and pieces into a 48 page magazine sized single author anthology. About half the pieces are autobiographical (although Head uses the name “Chester” for himself), and we’re treated with a number of anecdotes and stories from his drunken, druggier days. Here he meets Muhammad Ali randomly on the streets, a scene that Head also included in his recent (and very well-received) Chicago book. 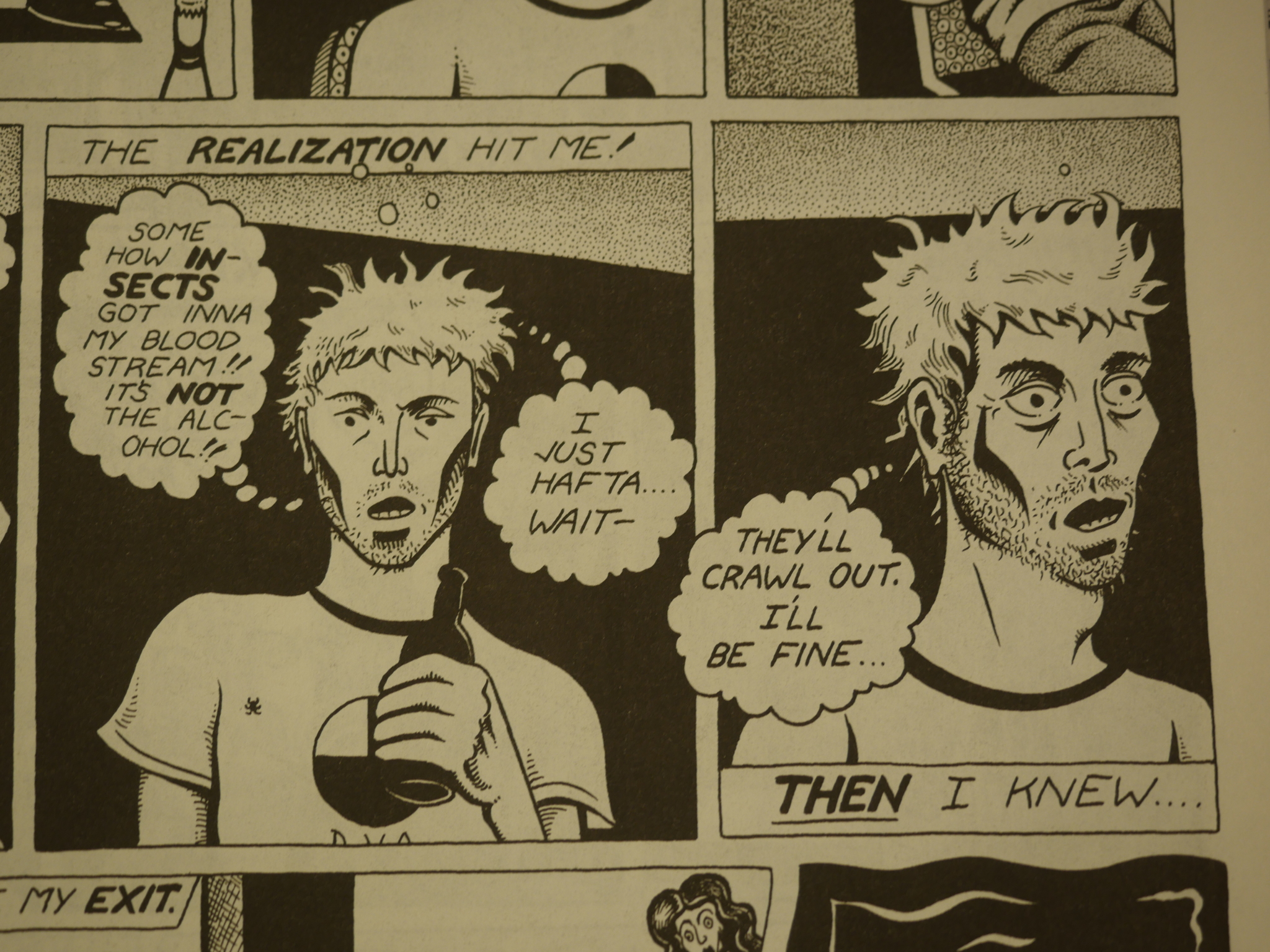 There’s a lot of stories about drinking too much. It starts to feel somewhat boastful after a while, but they’re interesting. 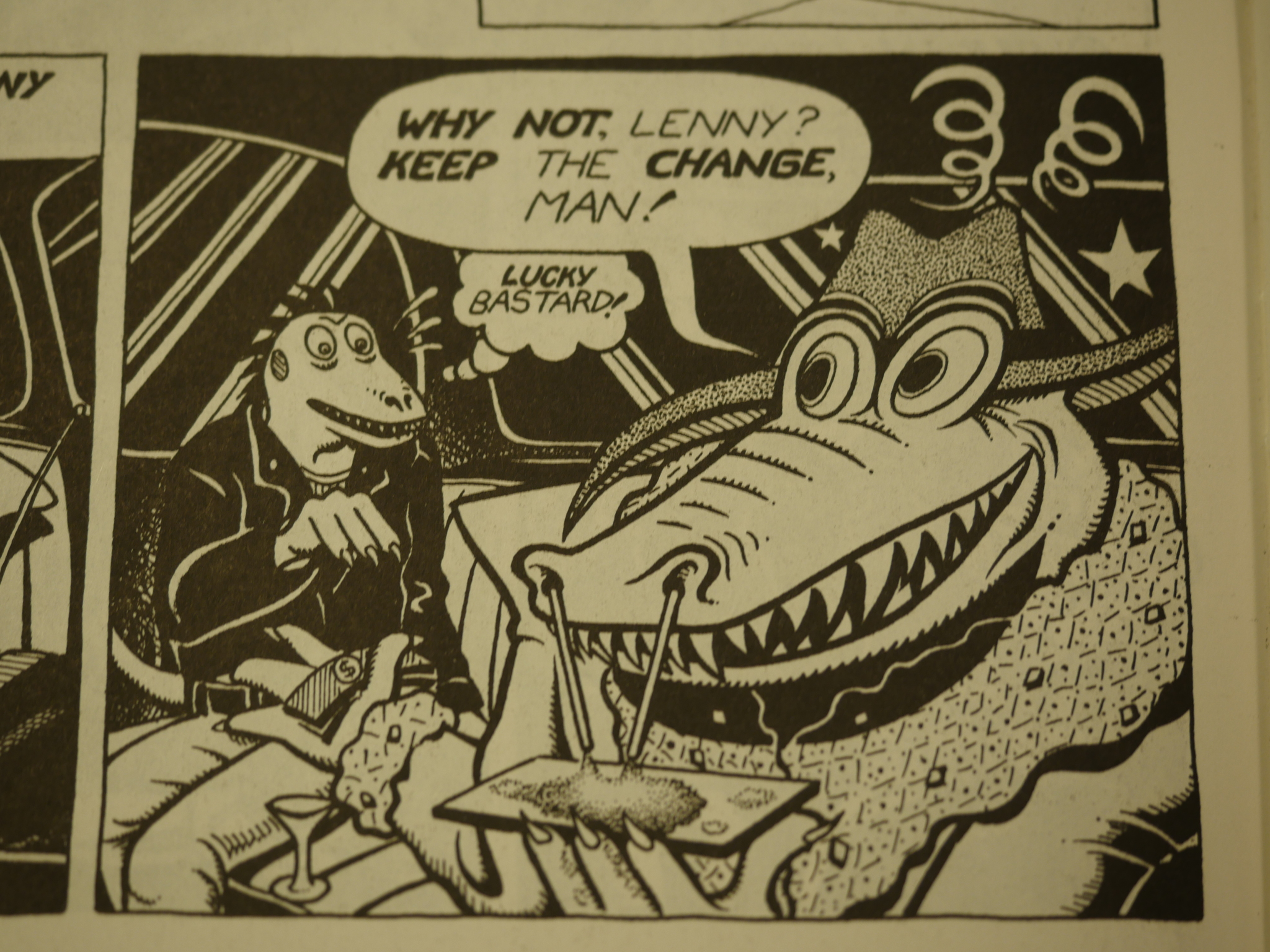 The other half of the stories are violent anthropomorphic tales of depravity. Here we see somebody doing something that Borderlinx certainly wouldn’t approve of! 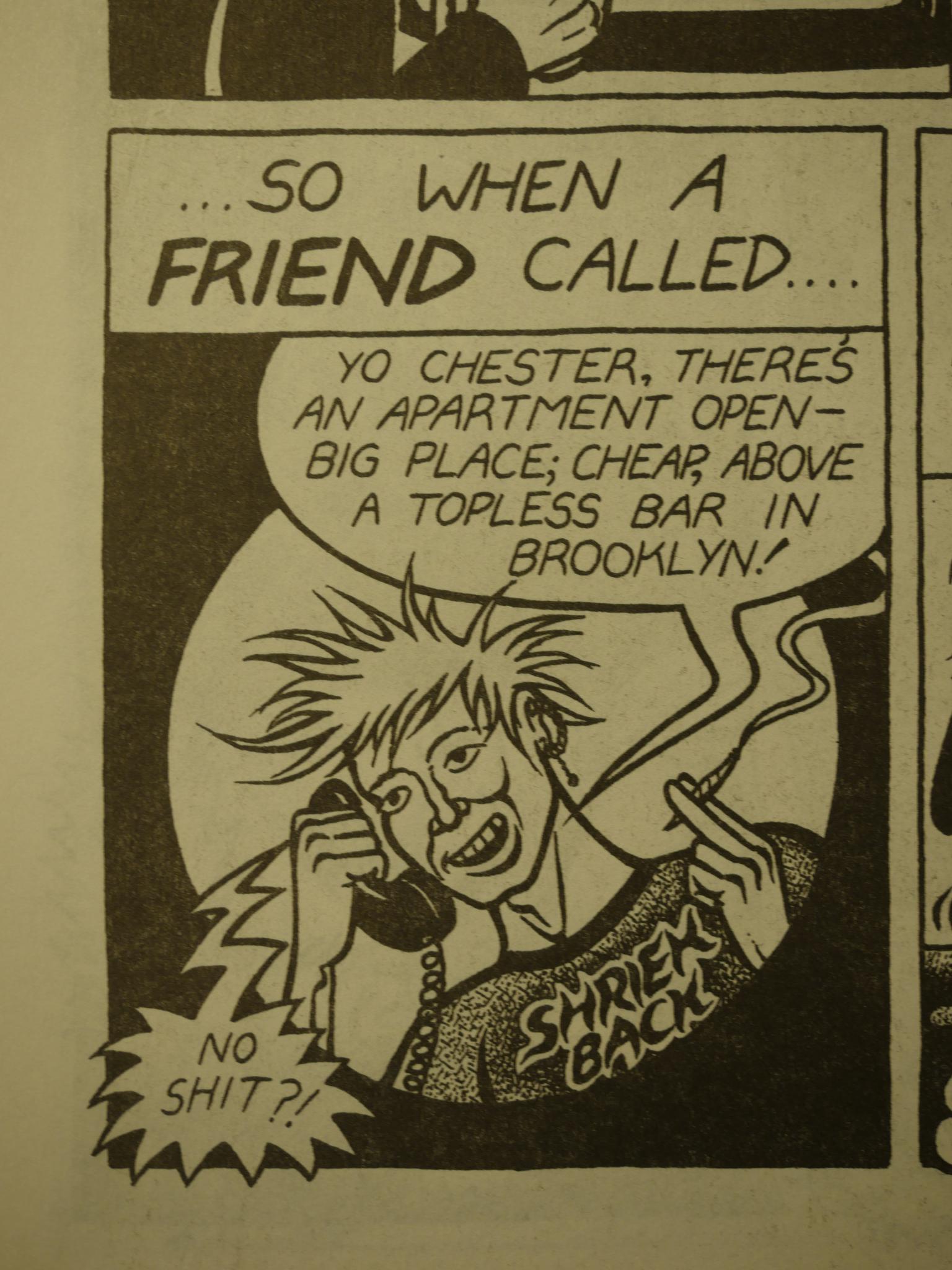 There’s a certain element of going over the same stories again and again, like when Head moved into a place above a topless bar in Brooklyn. Here we have the scene from Avenue D… 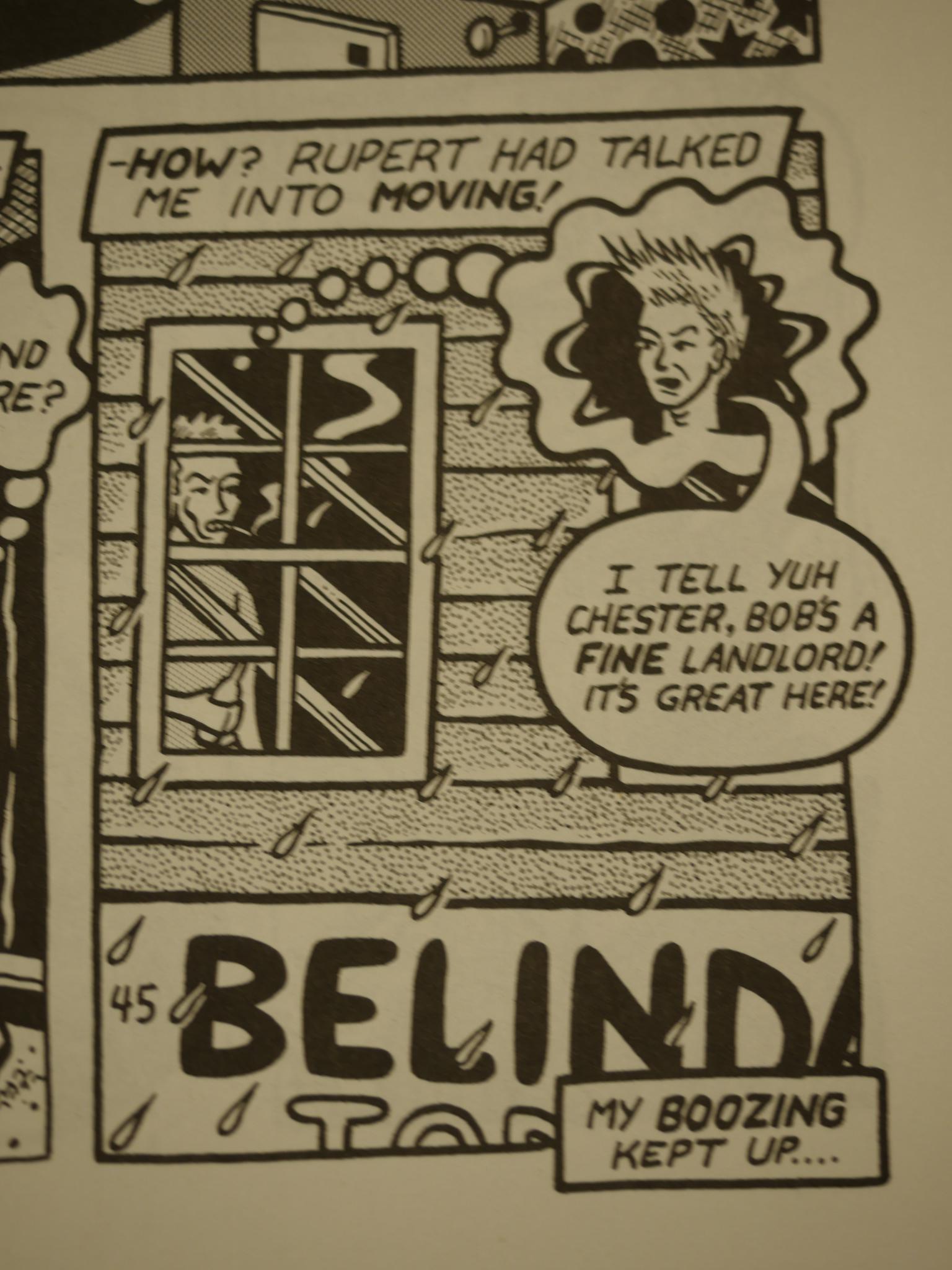 … and here it’s from Guttersnipe, his short-lived series from the mid-90s. It’s a really good story though, so the temptation to tell it twice is understandable. 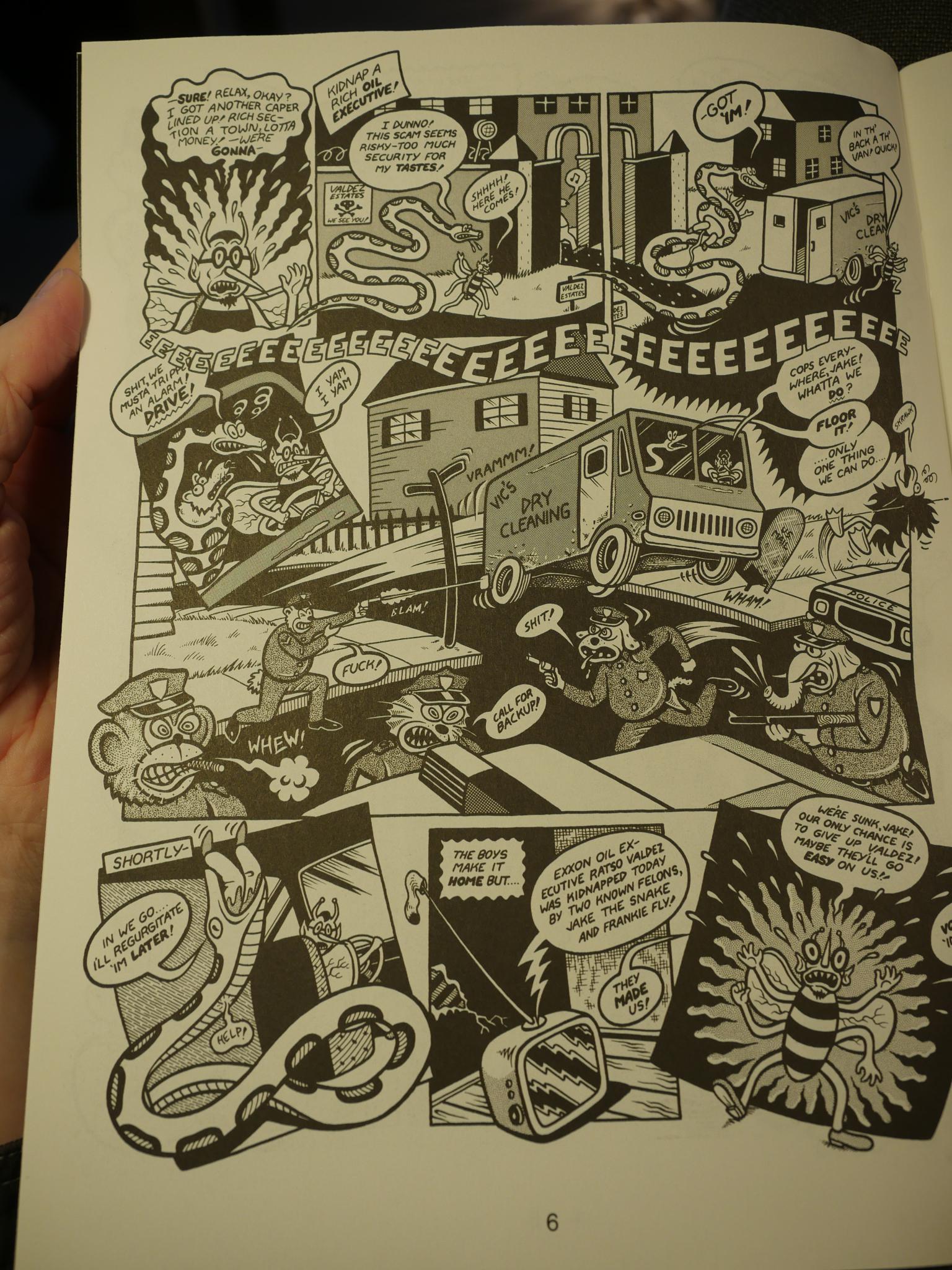 Guttersnipe is wilder graphically than Avenue D was. I think perhaps a great deal of Kim Deitch has crept into his layouts? Lots of chaos on almost every page. 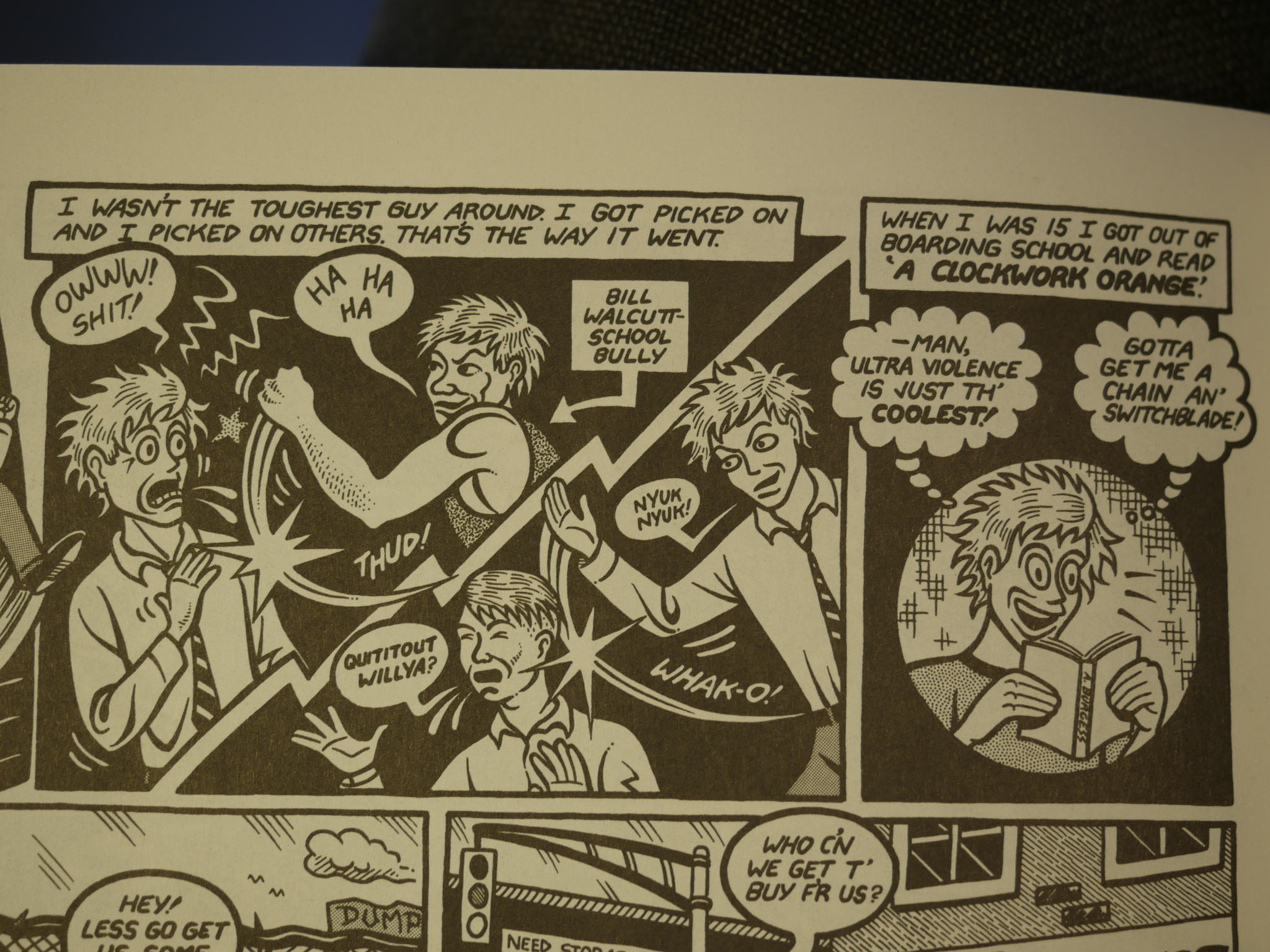 Head really likes characterising himself as a slightly dangerous guy, but he also deflates himself a lot, so it’s not too eyeball-roll-inducing.

As mentioned earlier, Head published his first larger book recently, and it was well received. I thought it was fine, myself, but I found the reception slightly puzzling. “A Titillating, Brutal Comics Memoir” warbled Vulture, as if they hadn’t read any underground comics before… In the book, Head depicts himself going to Chicago and almost (almost) sleeping on the street one night before somebody took him in.

It’s just not all that brutal.