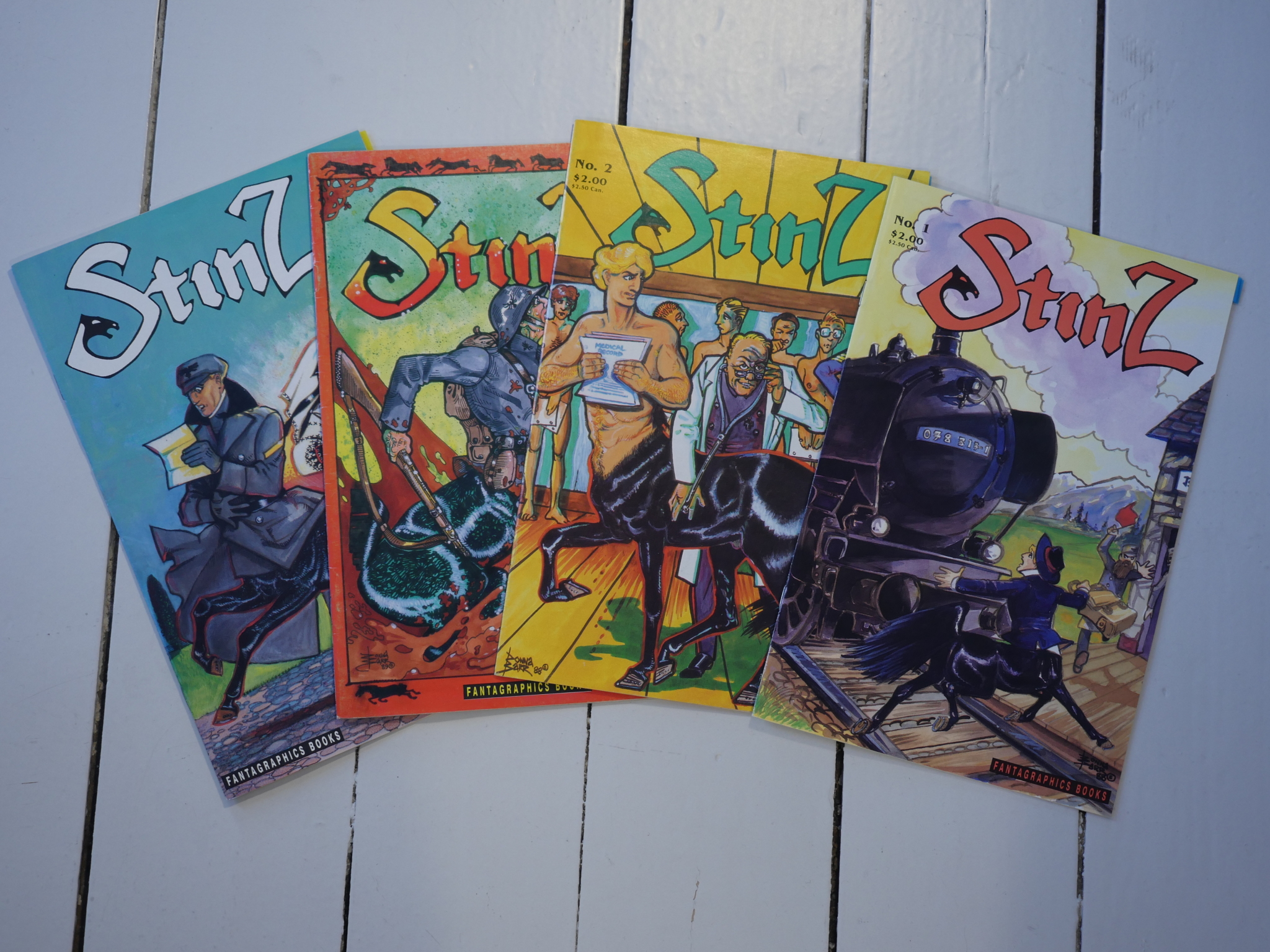 Stinz had been running in the Dreamery anthology by Eclipse Comics for a while, but the Fantagraphics title is his first solo comic. 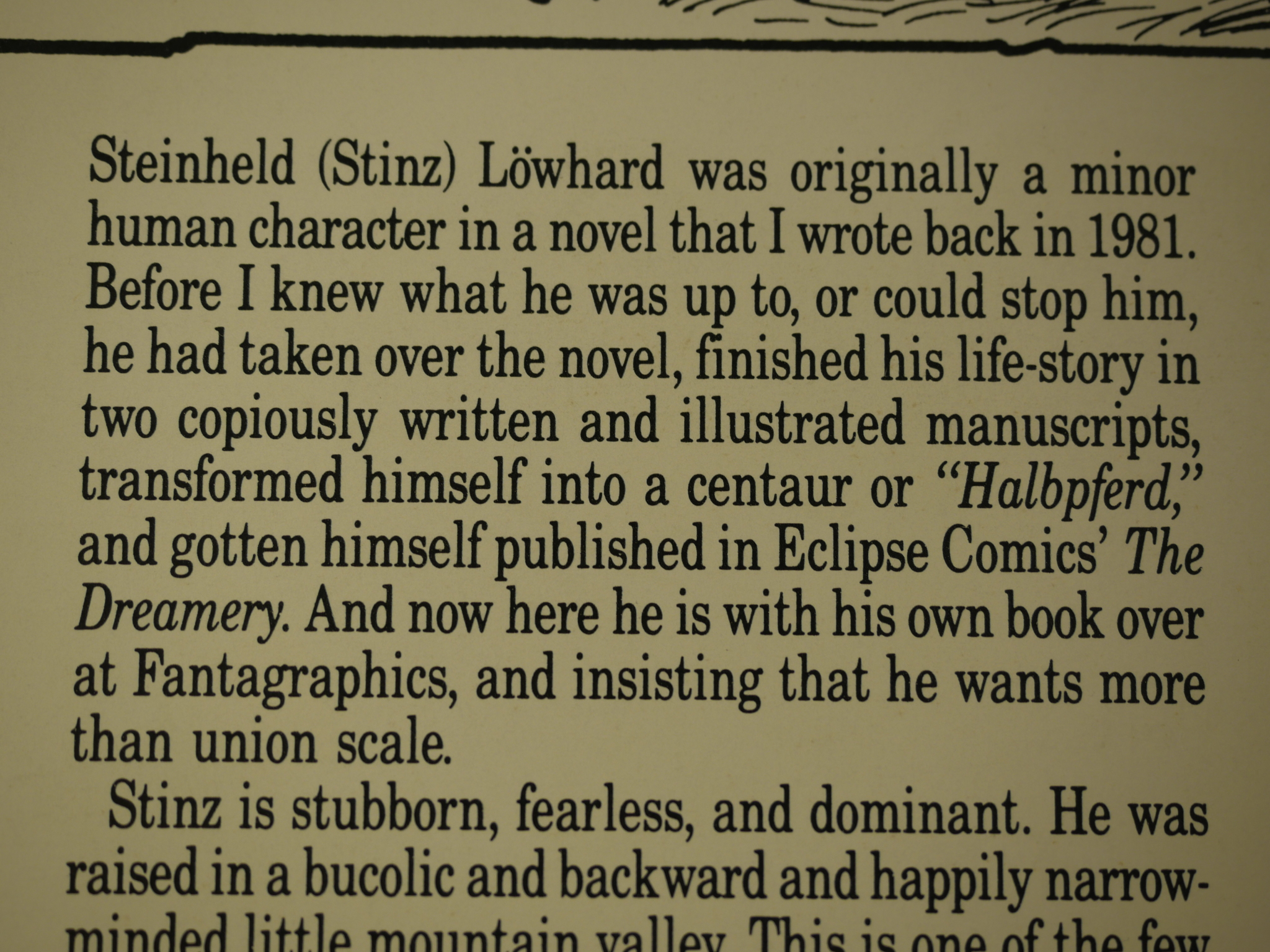 Stinz is a half-horse living in an alternate reality Austria in the early 1900s. Rather high concept, eh? 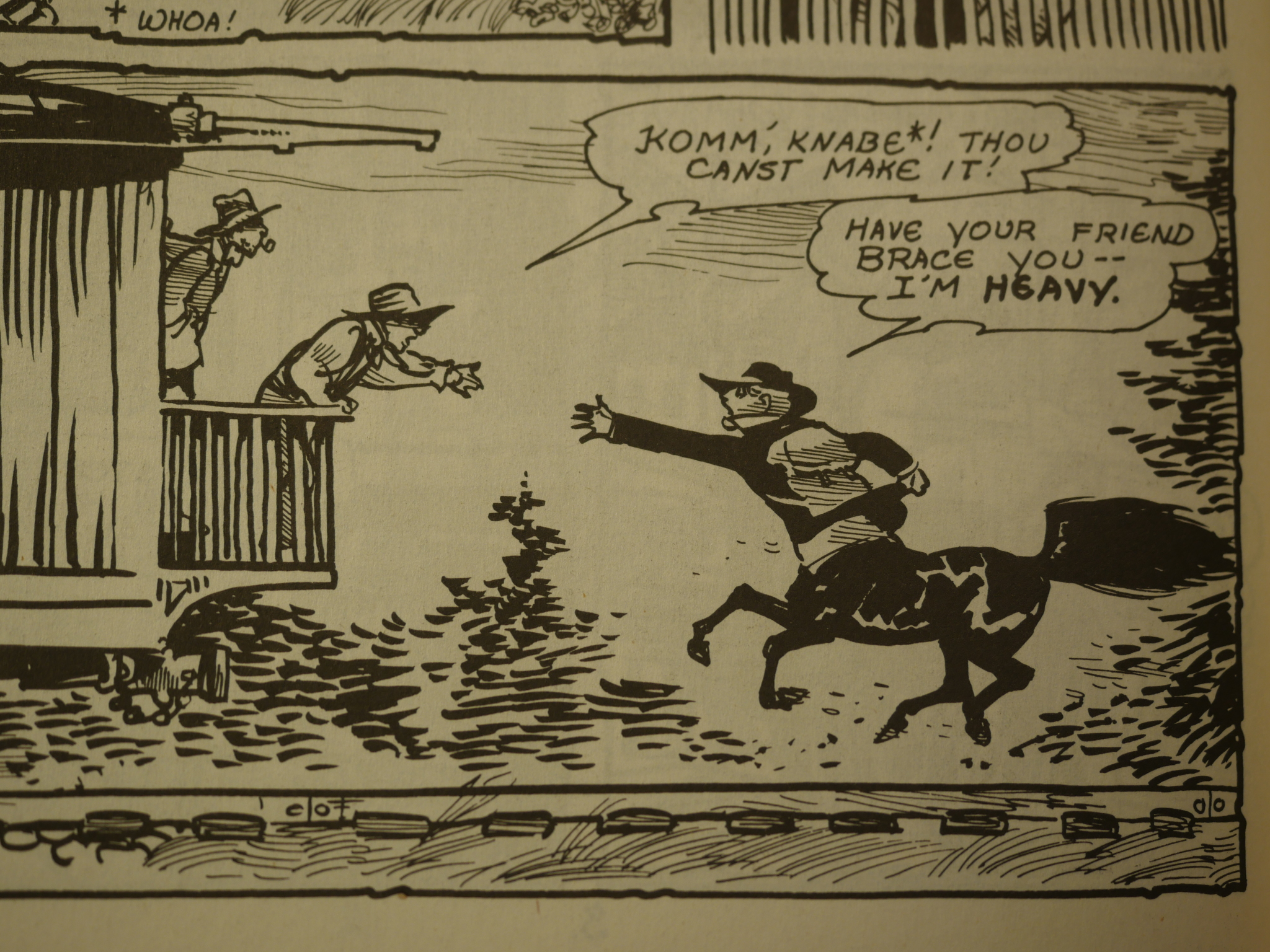 But it’s fun. Barr has a lively drawing style and a way to make virtually any scene, no matter how trivial, into so much drama. Here’s Stinz getting on a train.

These people are surely all speaking German, which makes the, er, translations in the speech bubbles all the more bewildering. First of all, it’s all “thou canst” all the time, which I guess you could think of as a way to signify that they’re talking oldee tymee German… or country bumpkin German… but then there’s the frequent inter-sprinkling of real German words, always asterisked with a translation elsewhere in the panel. 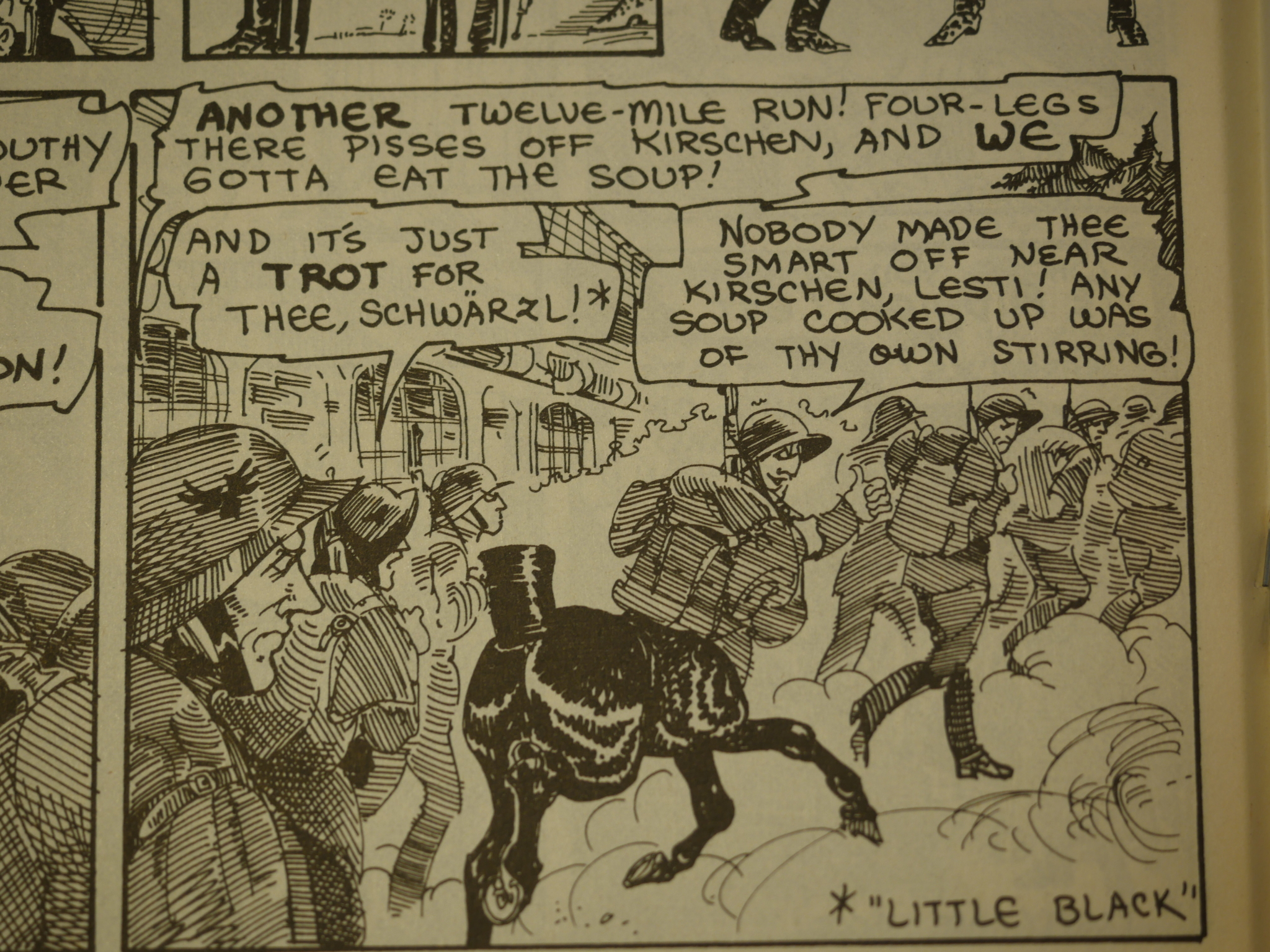 I know some German, so reading this stuff without looking up the translations is no problem, but this must be a rather annoying affectation for most people. Language play is fun and all, but if you start thinking about it, these speech balloons make no sense. But perhaps they add to the general sense of approaching chaos… 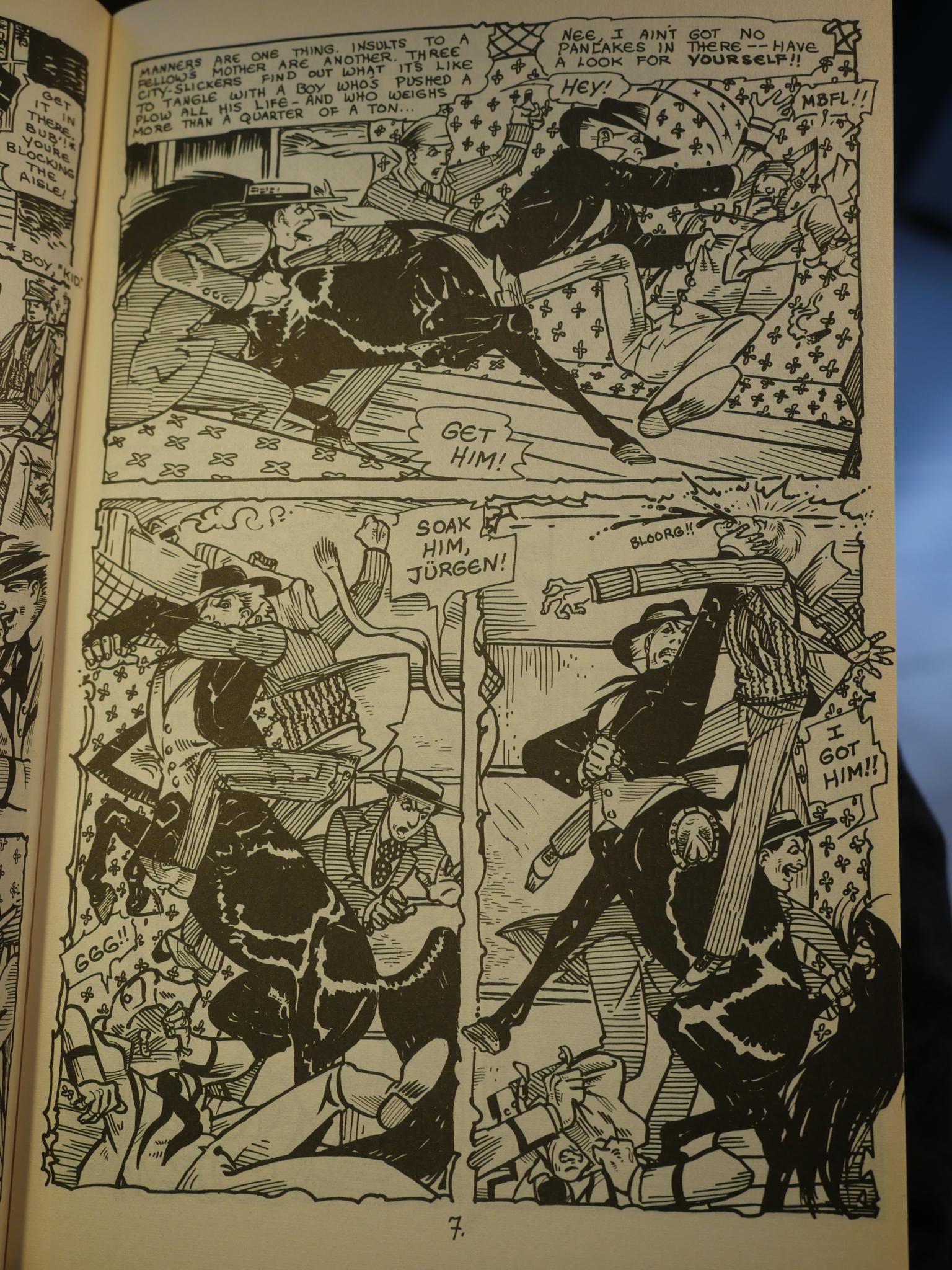 And the thing about So Much Drama? So Much Drama. These kinds of scenes erupt all the time. But it’s fun. Barr draws these scenes of controlled chaos well. 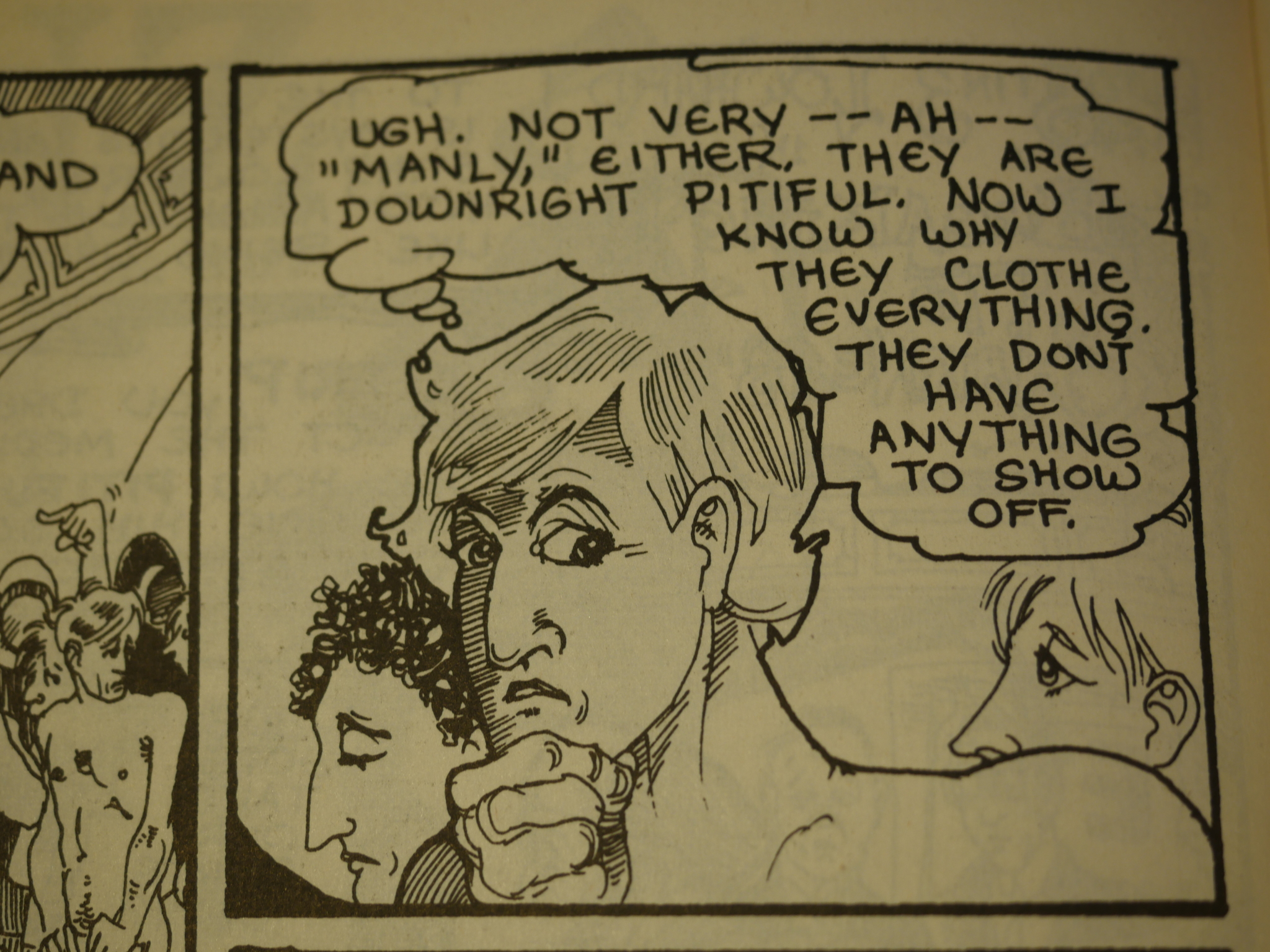 The lower parts of Stinz aren’t clothed, which leads to, er, fun, but it’s not a very bawdy comic book.

Oh, yeah, I forgot to say what this series was about: Stinz gets enrolled into the military, and we follow him through training. And it’s structured in the classical way you’ve read in dozens of young adult books: Grouchy teacher (I mean sergeant), kindly headmaster (I mean Captain), student who struggles then makes good (I mean private). 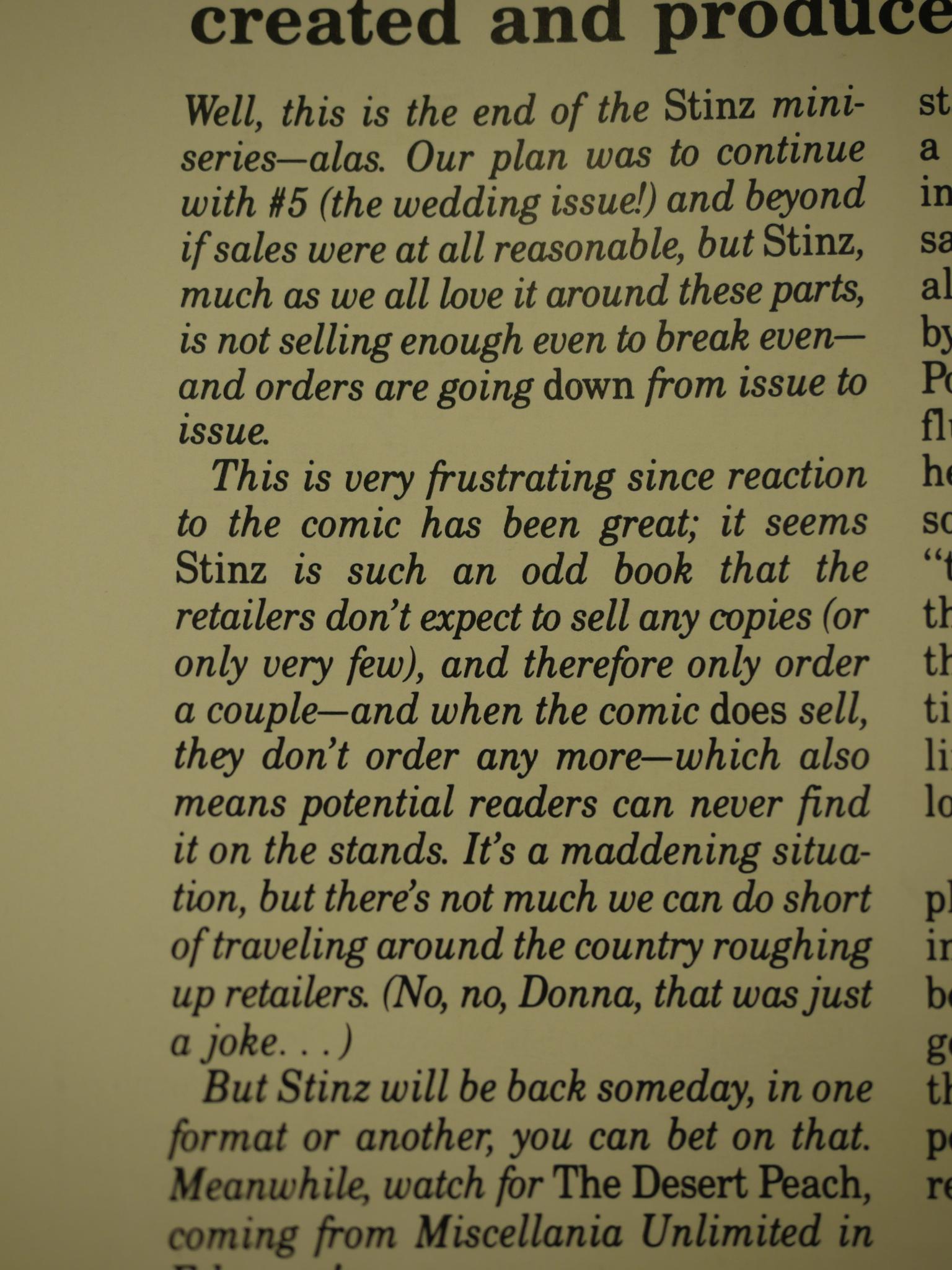 And then Kim Thompson announces that it’s over due to low sales (under the break-even point).

Barr went on to publish the Stinz saga through a bewildering number of titles from several smaller publishers. I’ve got most of them, and I seem to recall that Stinz gets a slightly more sombre tone as Stinz gets older. (There’s a war coming and it’s not one of those fun wars.)

But I haven’t seen anything from Barr lately… What’s she up to these days?

If I’m reading this correctly, she hasn’t published any new comics in nearly a decade, but she has most of her books available on Kindle and on print-on-demand.