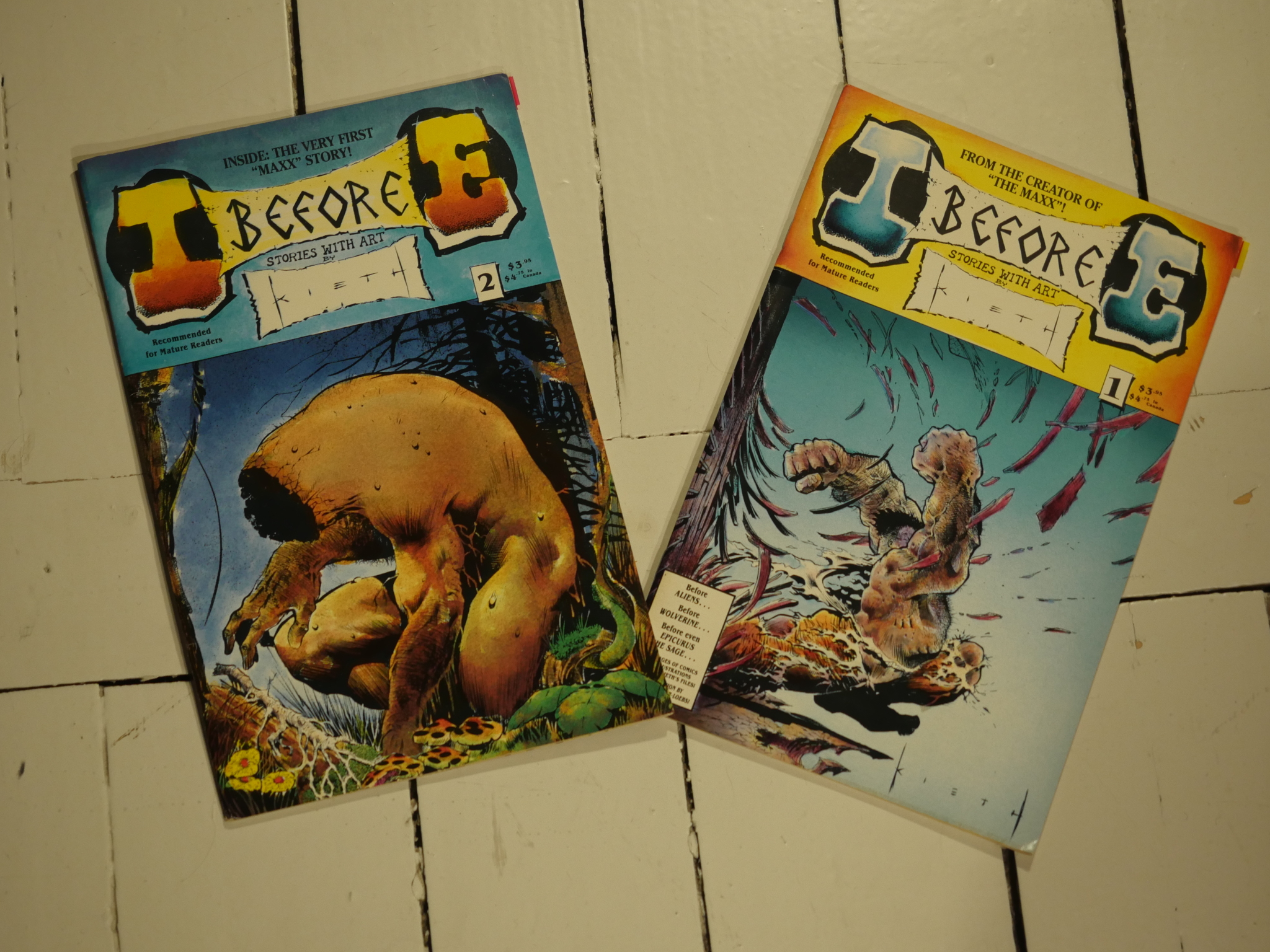 These two issues reprint a lot of Sam Kieth’s early work; Kieth had become a hot artist over the past few years. I like how “Fantagraphics” isn’t mentioned at all on the covers. Perhaps keeping that fact a secret would entice Sandman fans to buy them?

The most puzzling thing about these (56-44 page; newsprint; stiff covers) issues is how The Maxx is referenced on the covers as if that’s the big Kieth thing. But these were released in 1991? Didn’t The Maxx start in 1993? SO PUZZLE. 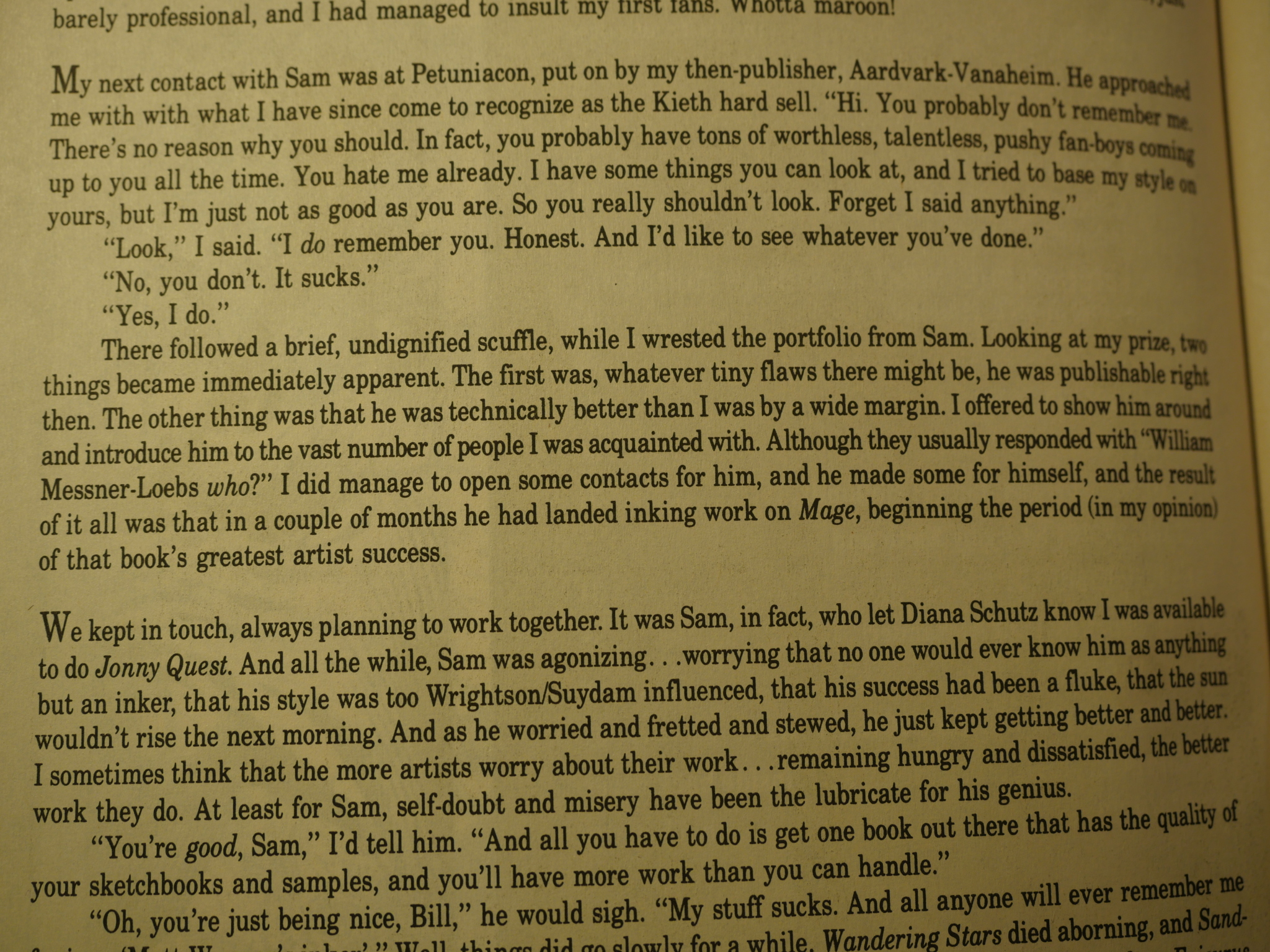 First we get a quite funny introduction by William Messner-Loebs explaining how Kieth got published for the first time. I found the idea that Kieth based his art style on Messner-Loebs’ odd; I thought it was more Wrightson and Suydam, and didn’t really see much of a Messner-Loebs vibe… 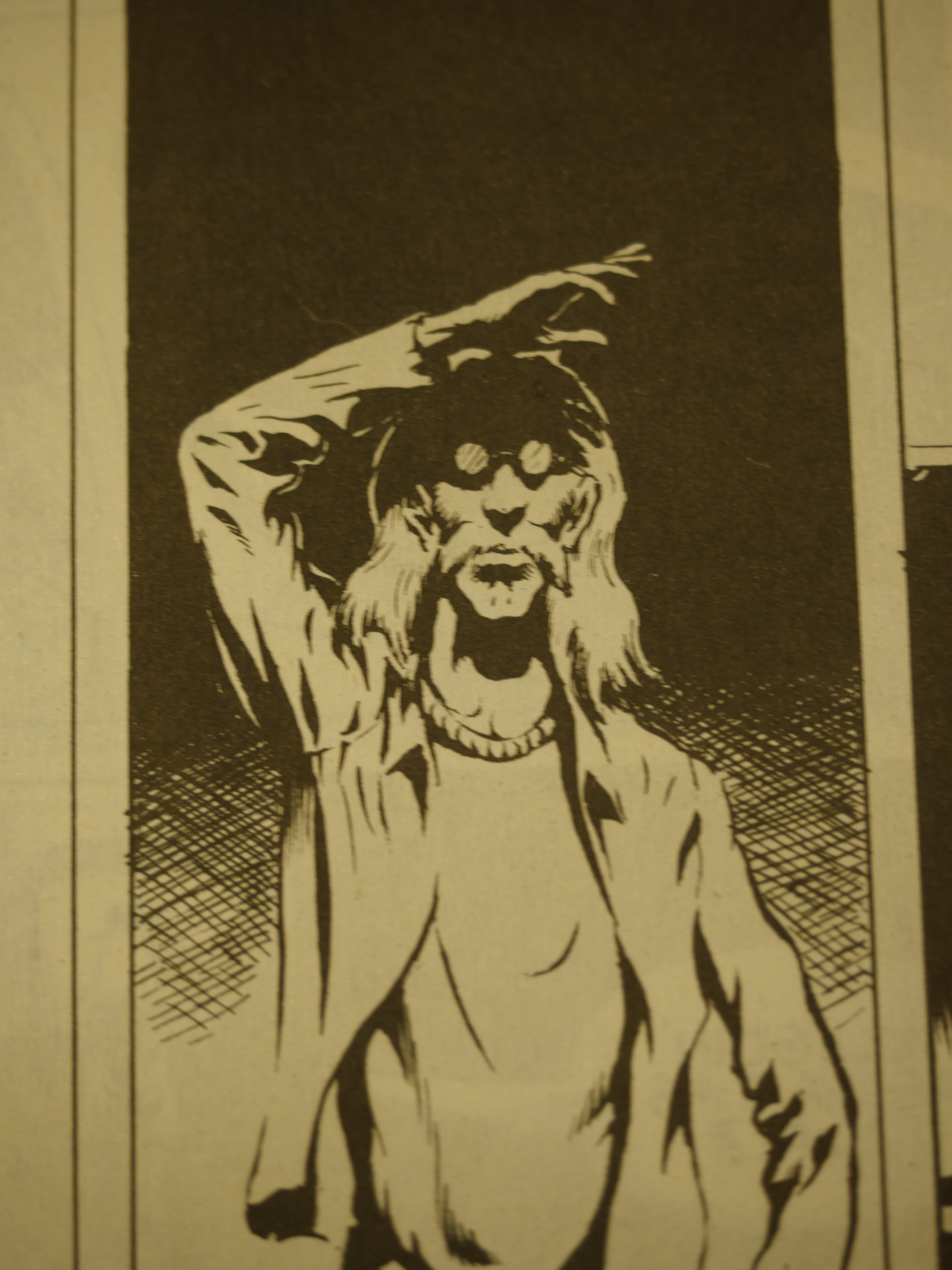 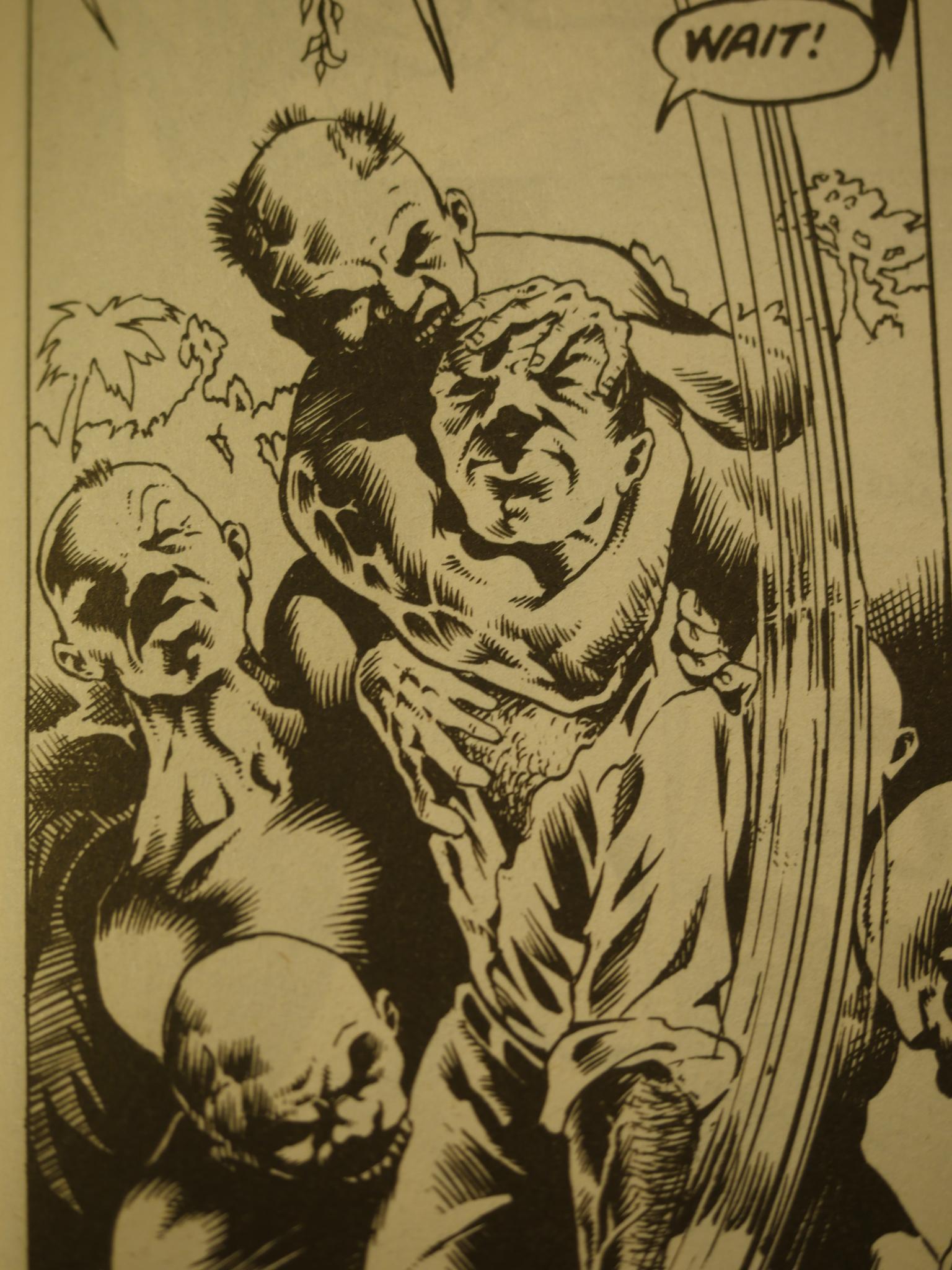 But the rest of the comics here are more Wrightson than Messner-Loebs.

Included are some early and somewhat rough pieces, but it’s mostly like the one above: Pretty great. The stories are slight, though. 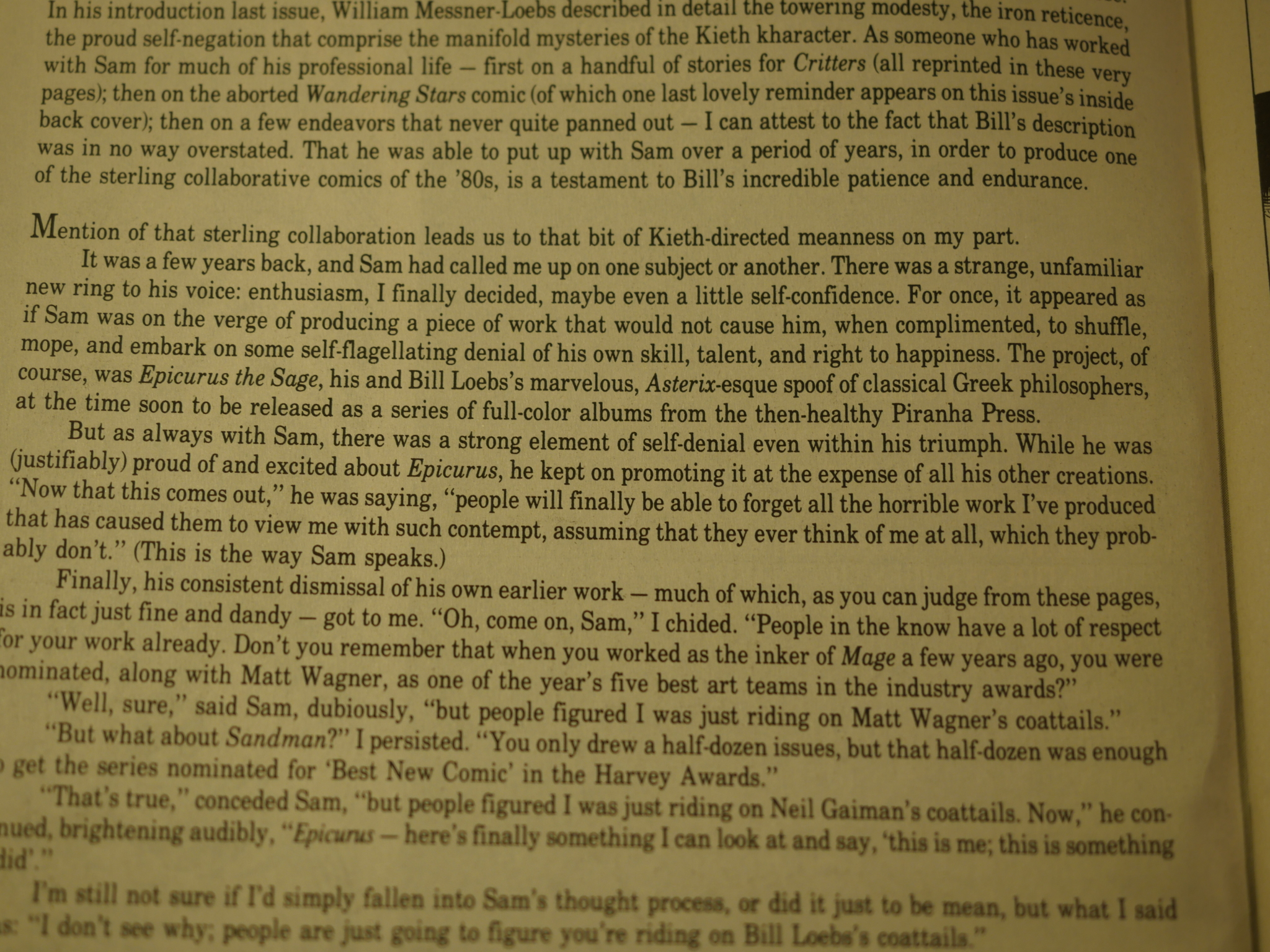 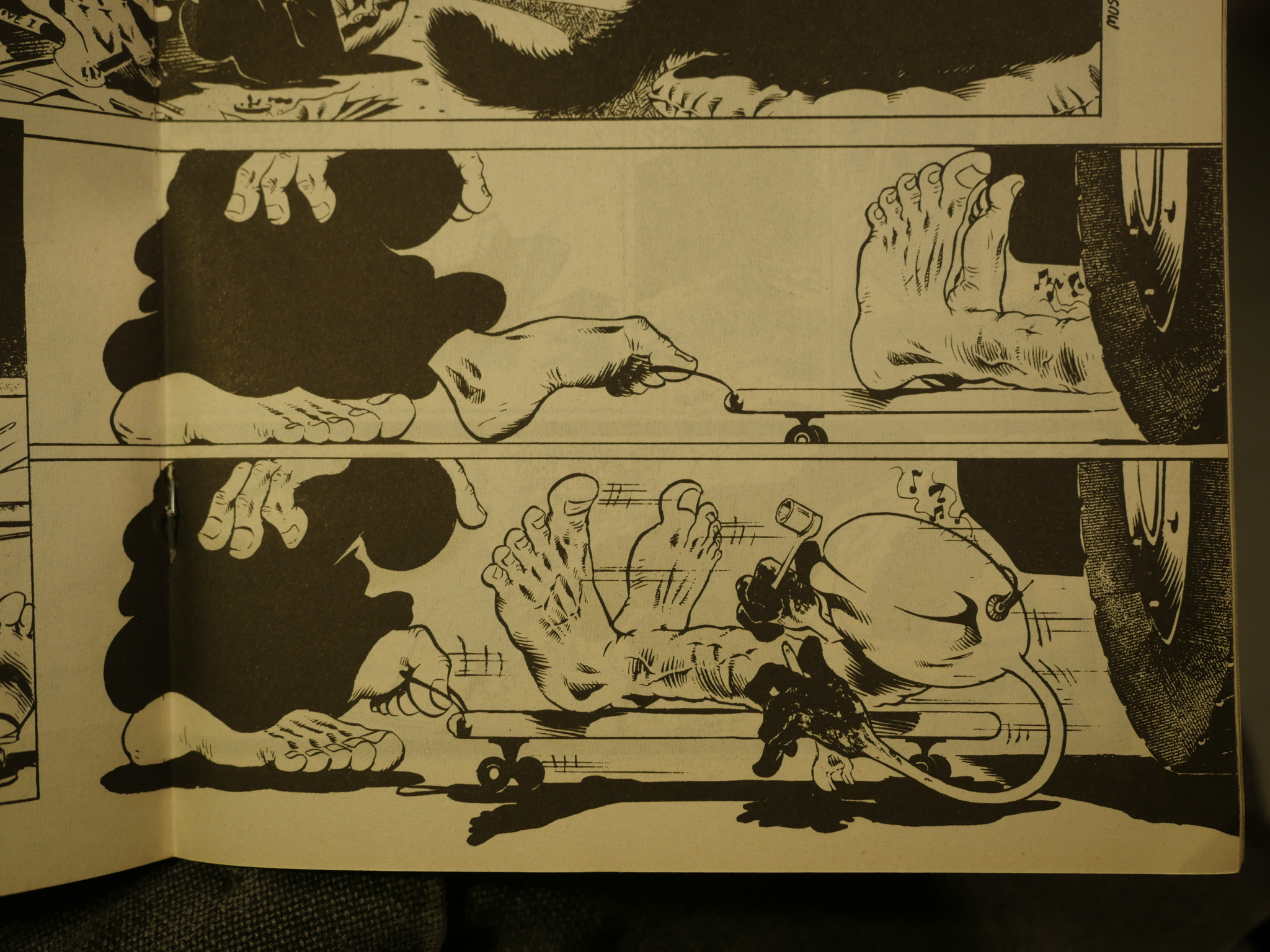 The bulk of the second issue is reprints from Critters. Which is OK, but I read them just the other… month… 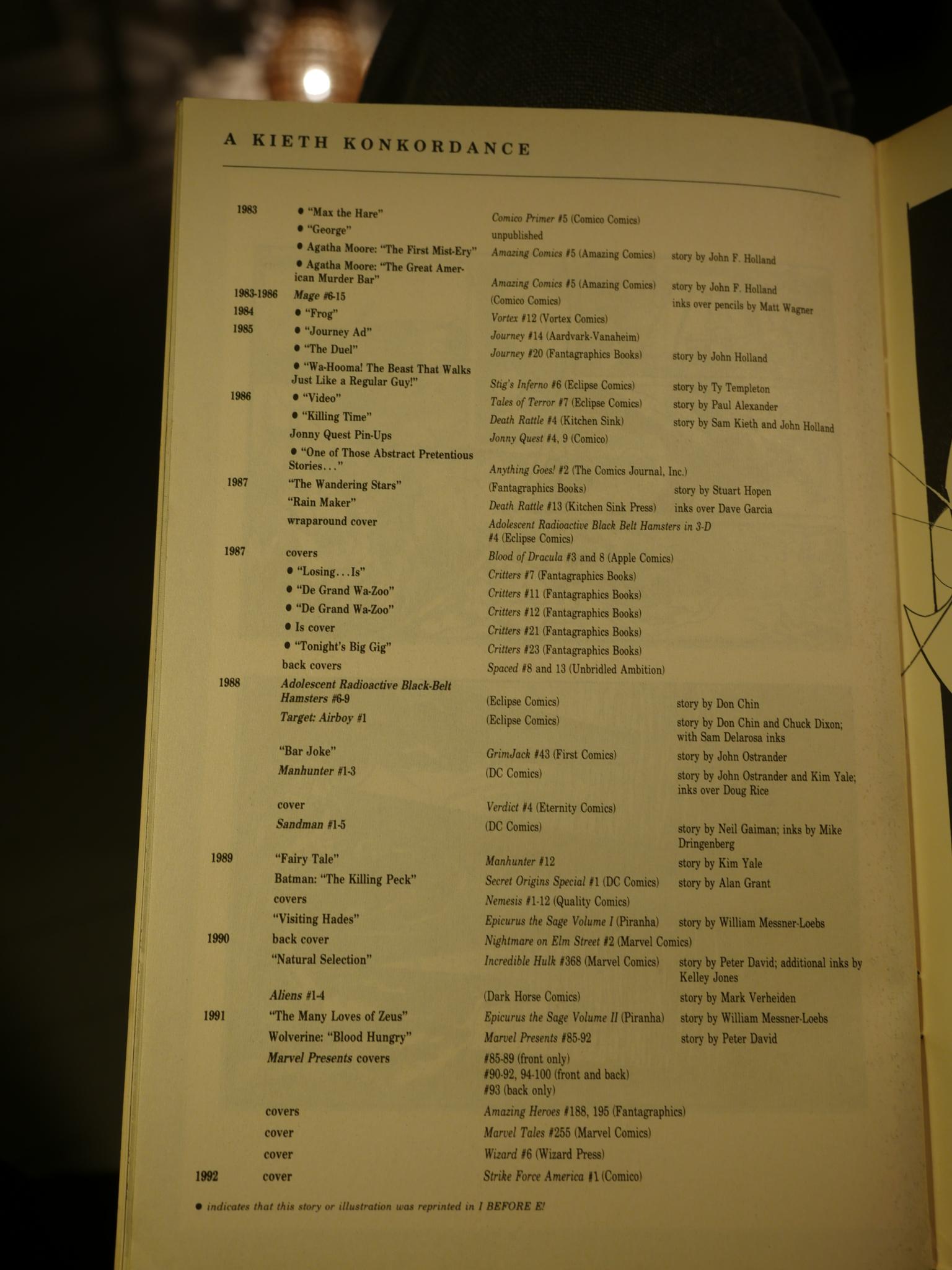 And a checklist for the Kieth completist.

I didn’t buy this at the time, and getting them now was slightly difficult. I mean, they’re for sale all over the place, but mostly as “slabbed” high-grade issues that you can’t really read. And very expensive. But I found these non-slabbed issues somewhere for… er… a price. Which I guess means that the material here might not have been reprinted anywhere else? Otherwise it would have been cheaper?

I’m just guessing, though, because I’m too lazy to do research tonight.