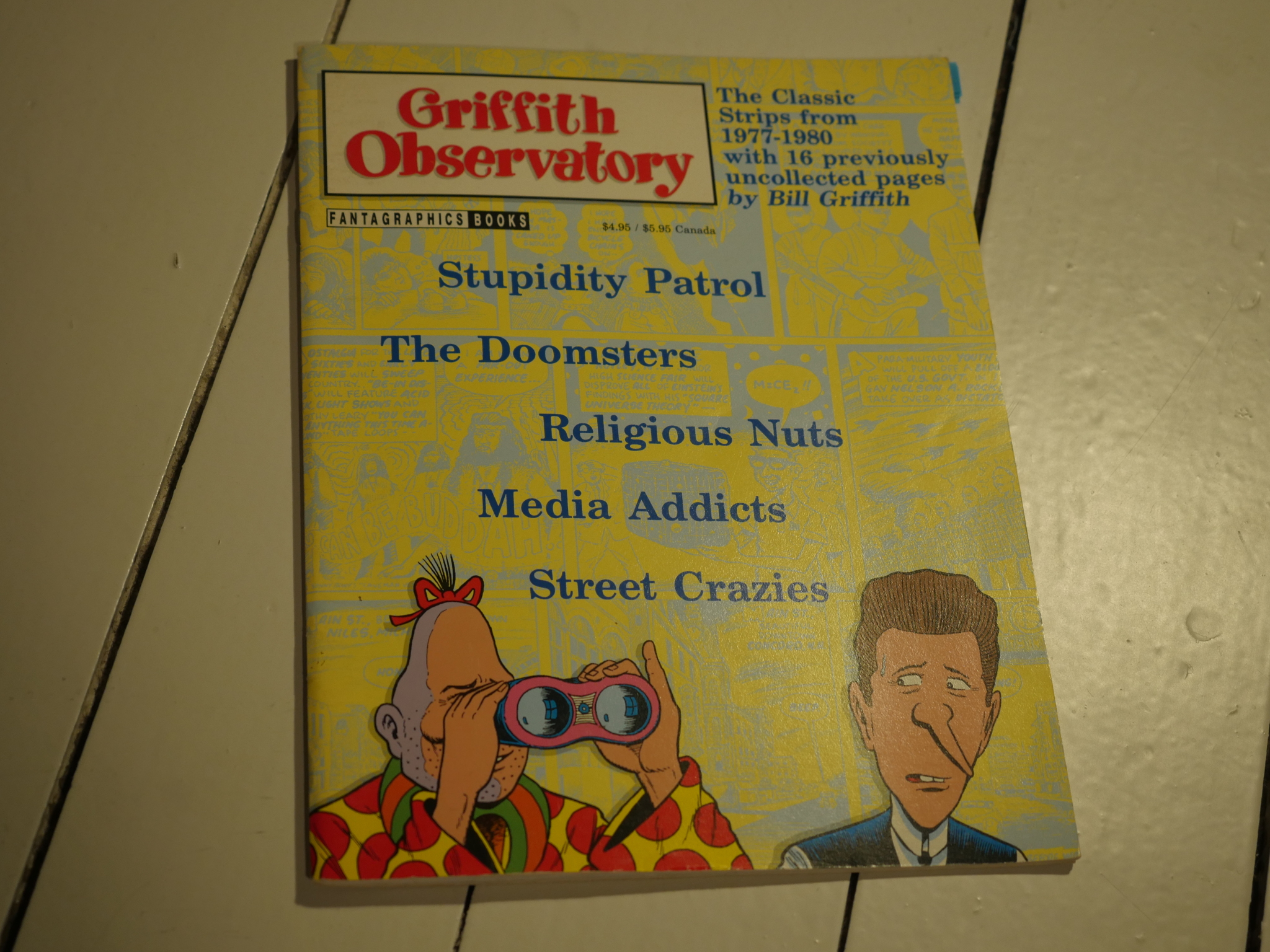 Bill Griffith’s most famous creation is Zippy the Pinhead, of course, which is still running today. These days, I mostly read them via Arnold Zwicky’s blog, where he explains all the references. (They can be pretty obscure.)

I’ve always enjoyed Zippy, but reading it in collections (which has been my main venue) has frequently left me feeling exhausted. When you pile up all those absurdities page after page, it’s a bit overwhelming. 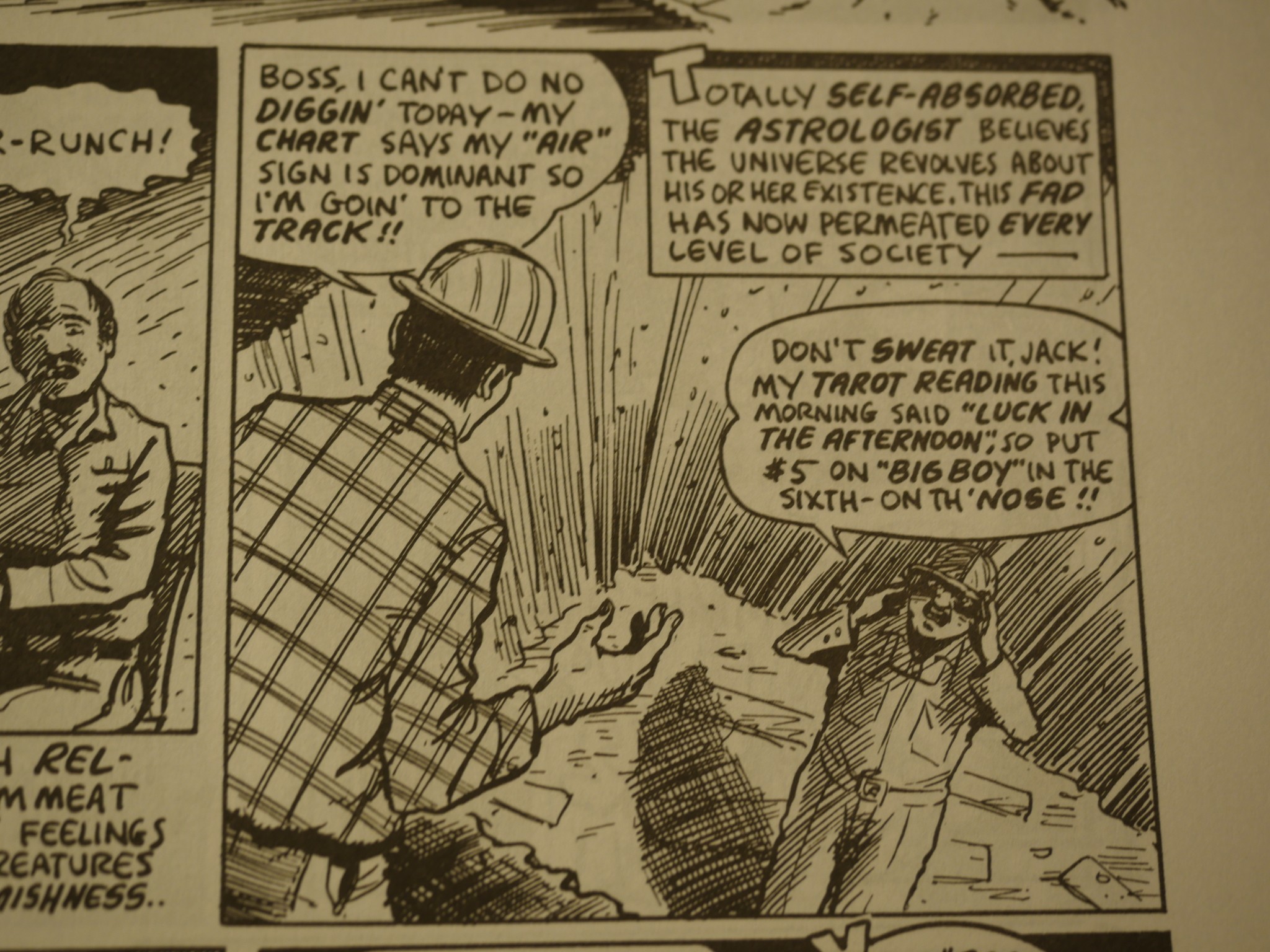 Griffith Observatory was a full-page less-than-weekly comic strip Griffith did in the late 70s. In it, he looks a contemporary mores and gives humorous twists to them. 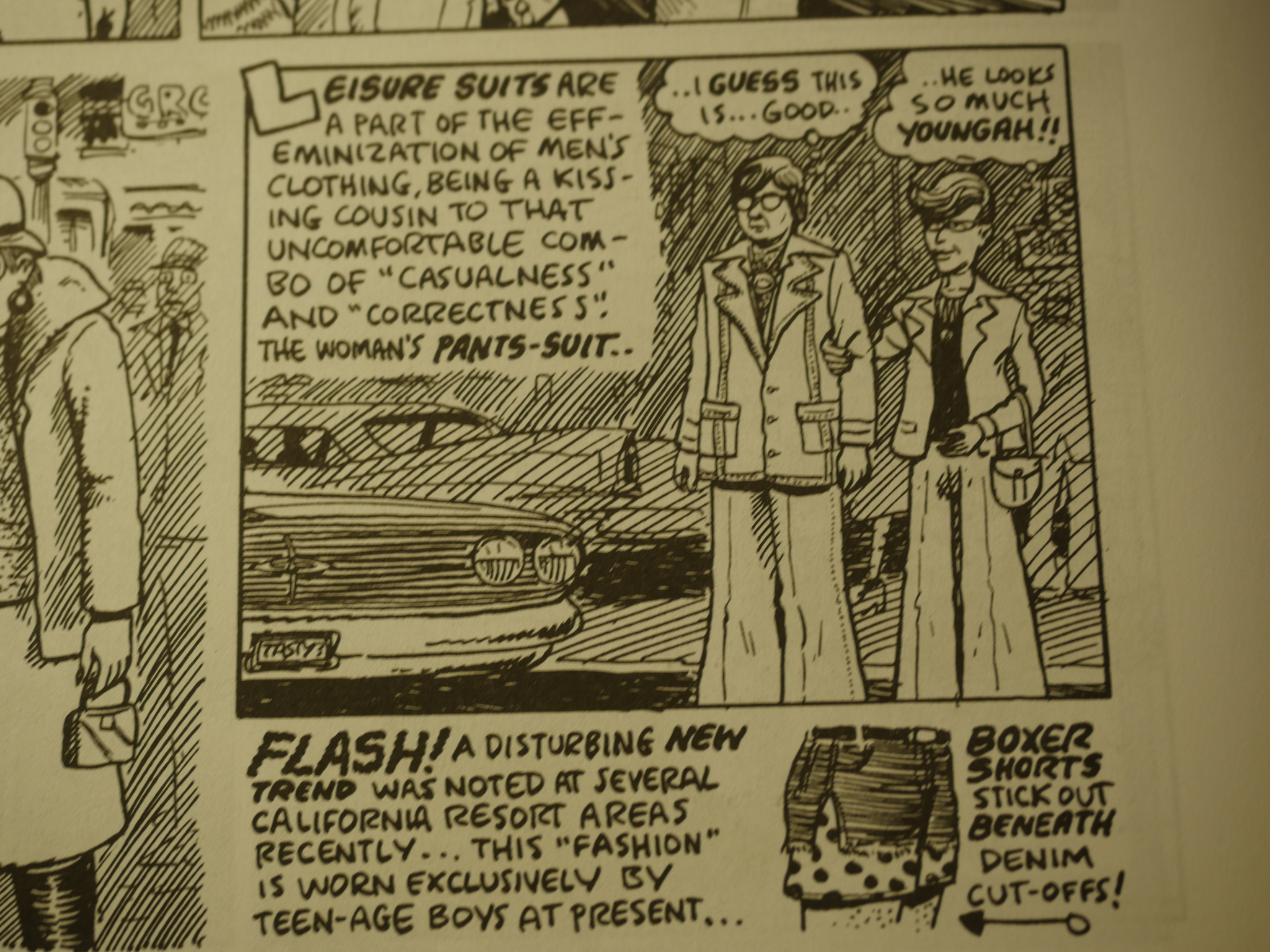 Fashion comes under scrutiny a couple of times… 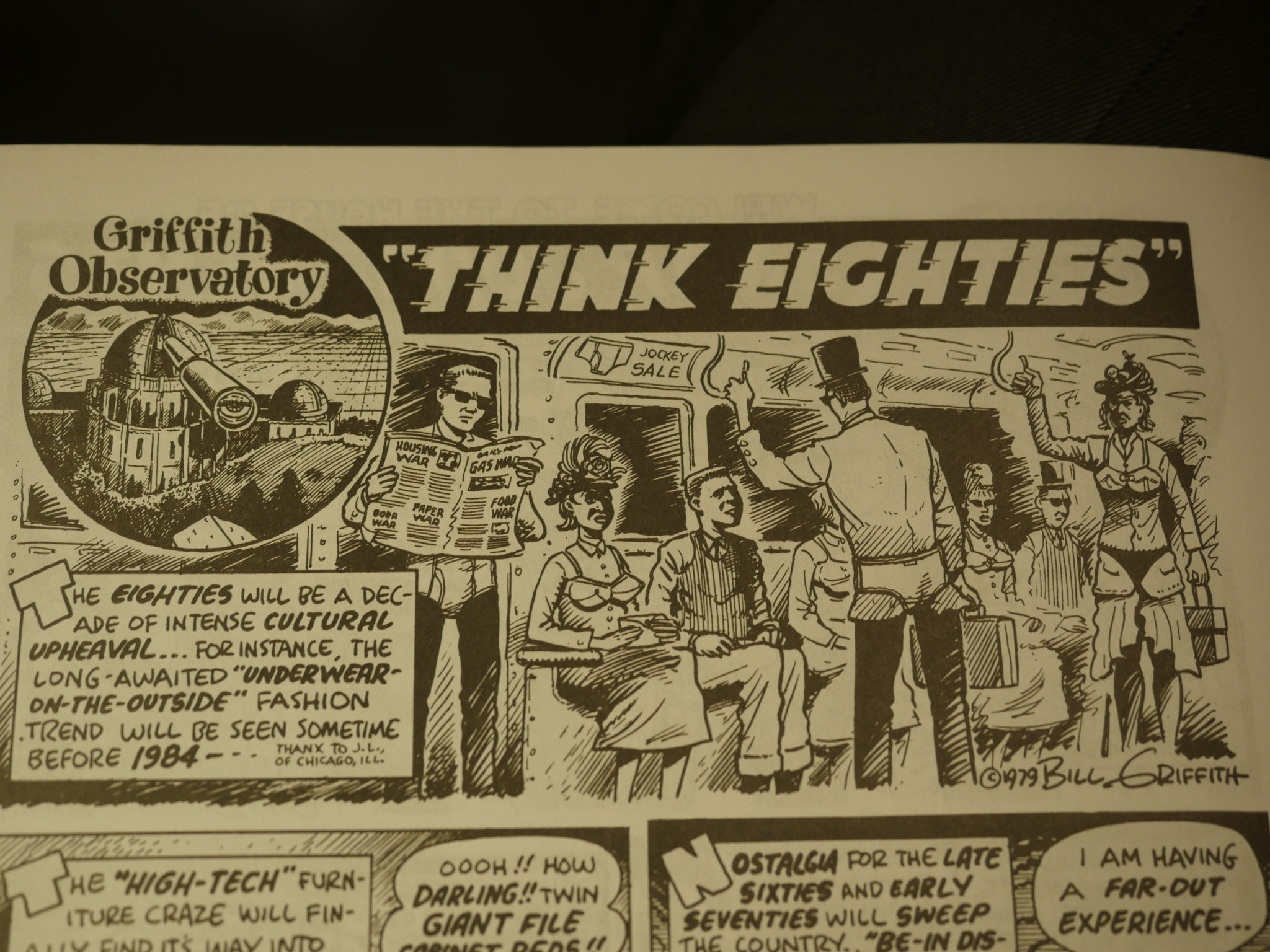 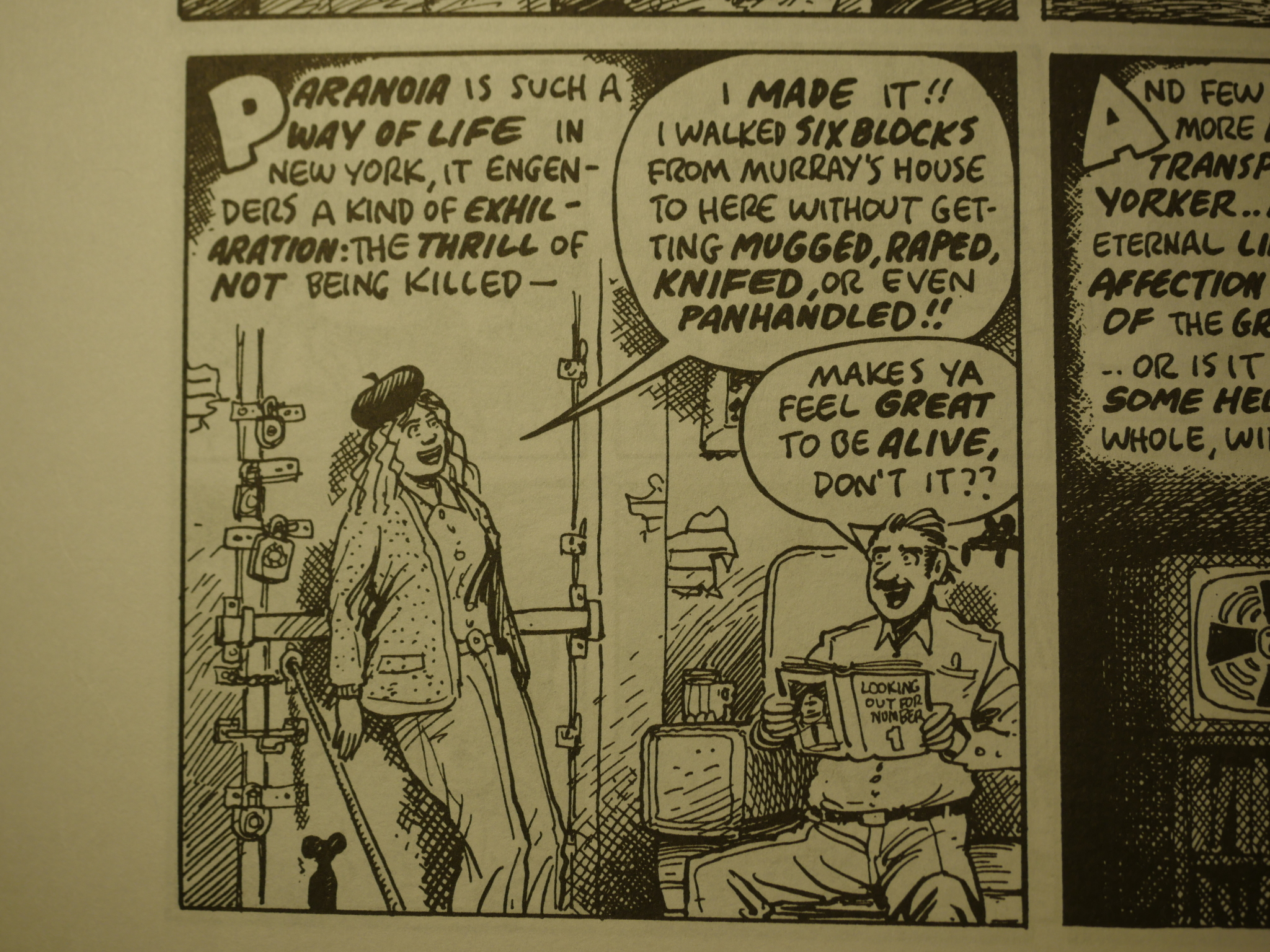 Things have changed a lot since the 70s, huh? 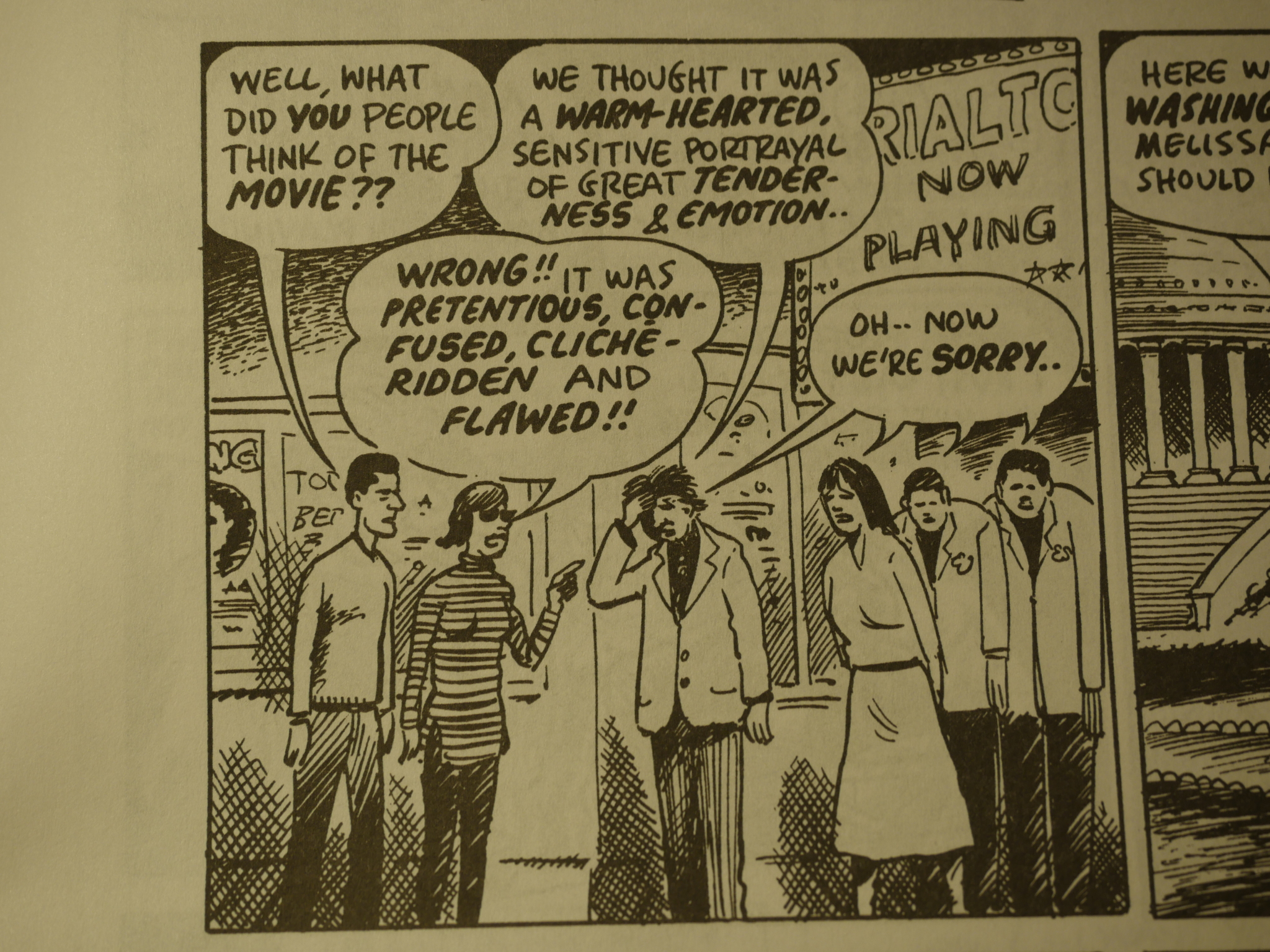 The role of critics hasn’t, though. 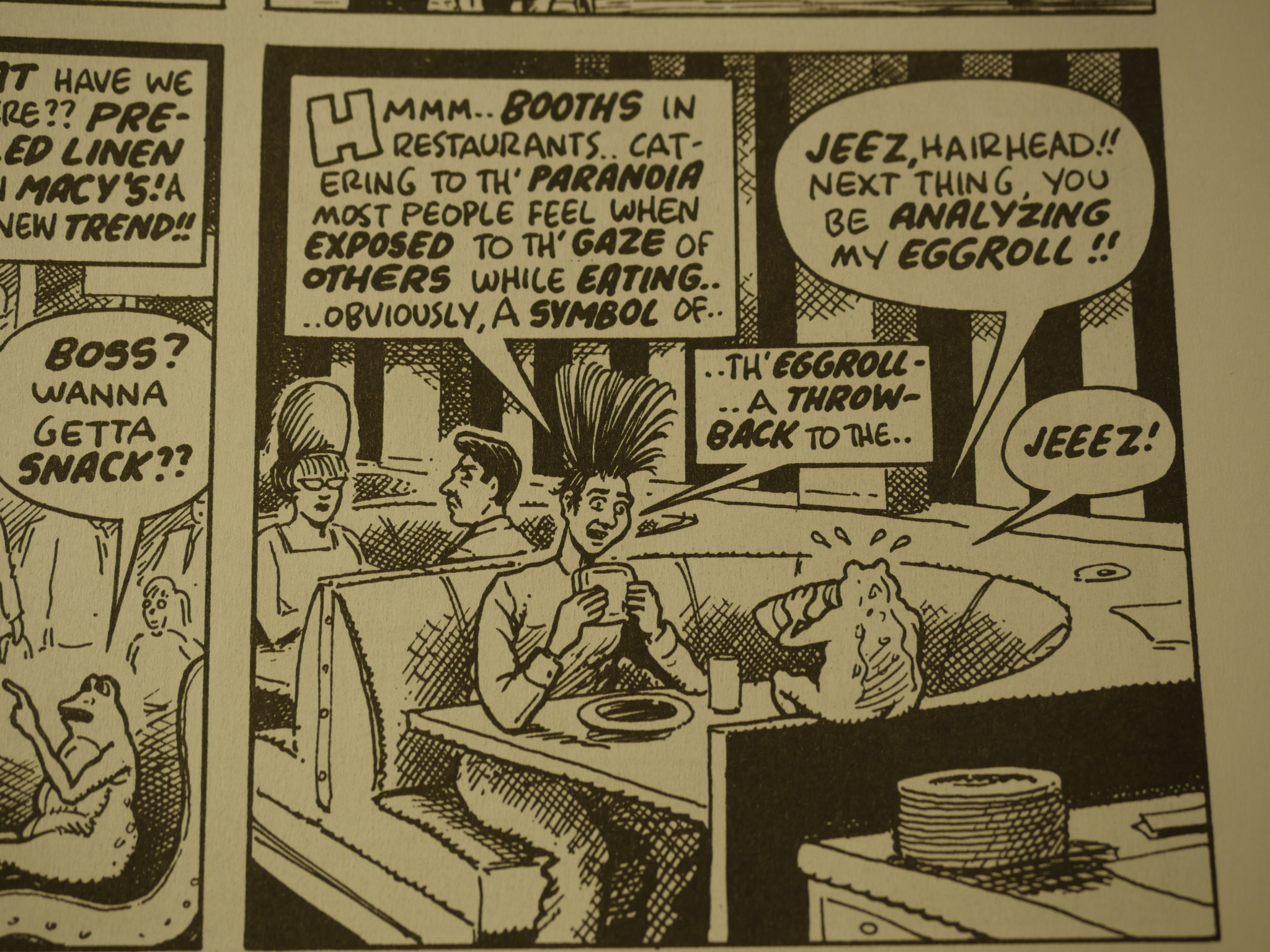 In the final five page piece, Griffith sort of explains the entire “Observatory” concept, and explains the toll it’s taken on Griffith. Here we see Griffy analysing even restaurant booths.

It’s a really fun collection. It’s a period piece, and that makes it even more amusing.

Griffith is still very active. In addition to doing a daily Zippy strip, he also created a graphic novel the other year. It’s about his mother and the long affair she had with a comic artist, and Griffith delivers a sympathetic and thoughtful portrait. I think this is the most bizarre reaction to the book I’ve seen. It’s rare to see somebody read a work from such an unanticipated angle. Well, I didn’t anticipate it, at least…