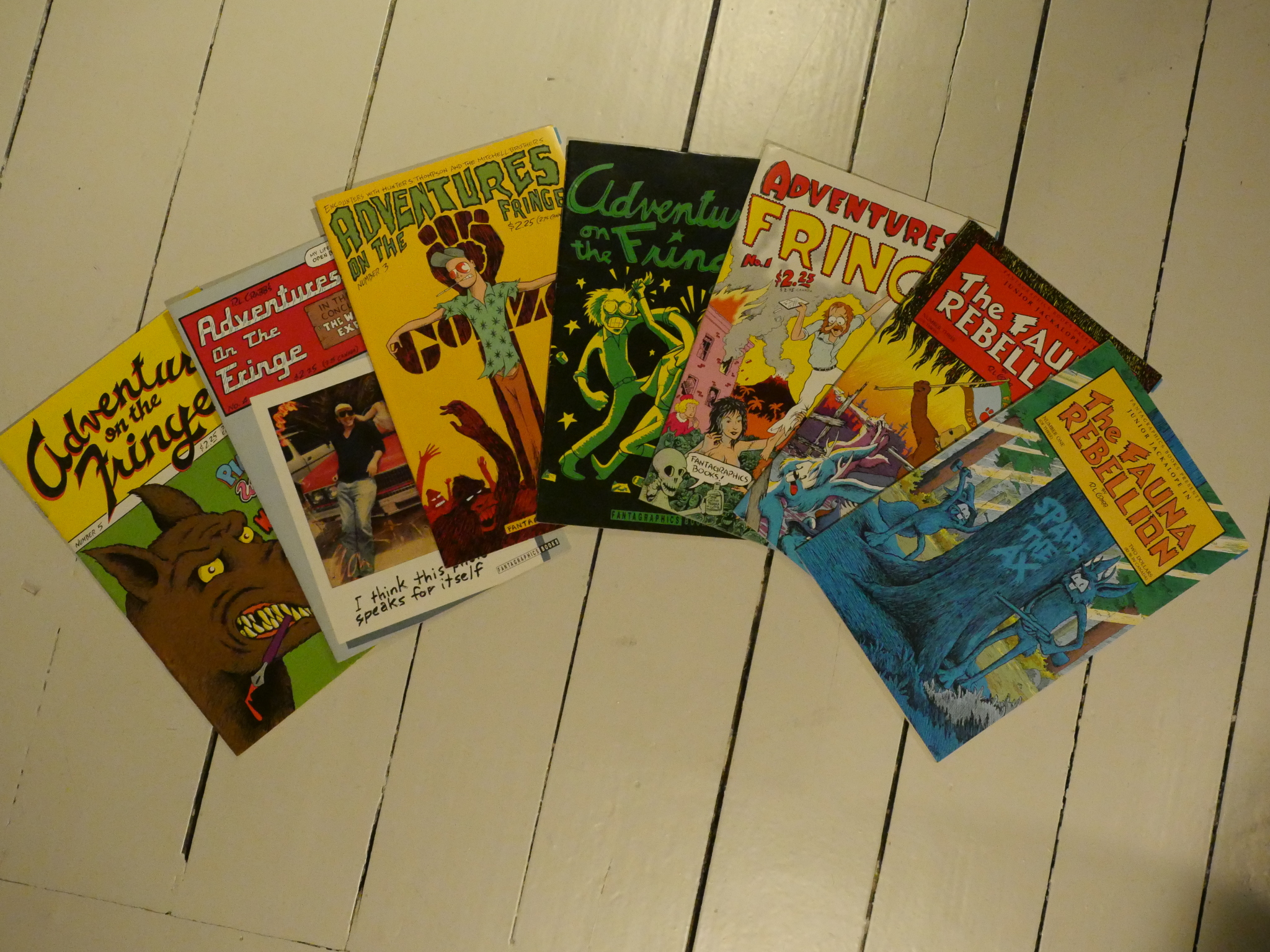 Fantagraphics had previously published The Natural Enquirer by 70s underground veteran R. L. Crabb. The Fauna Rebellion was apparently created in the mid-80s, but not published until 1990. 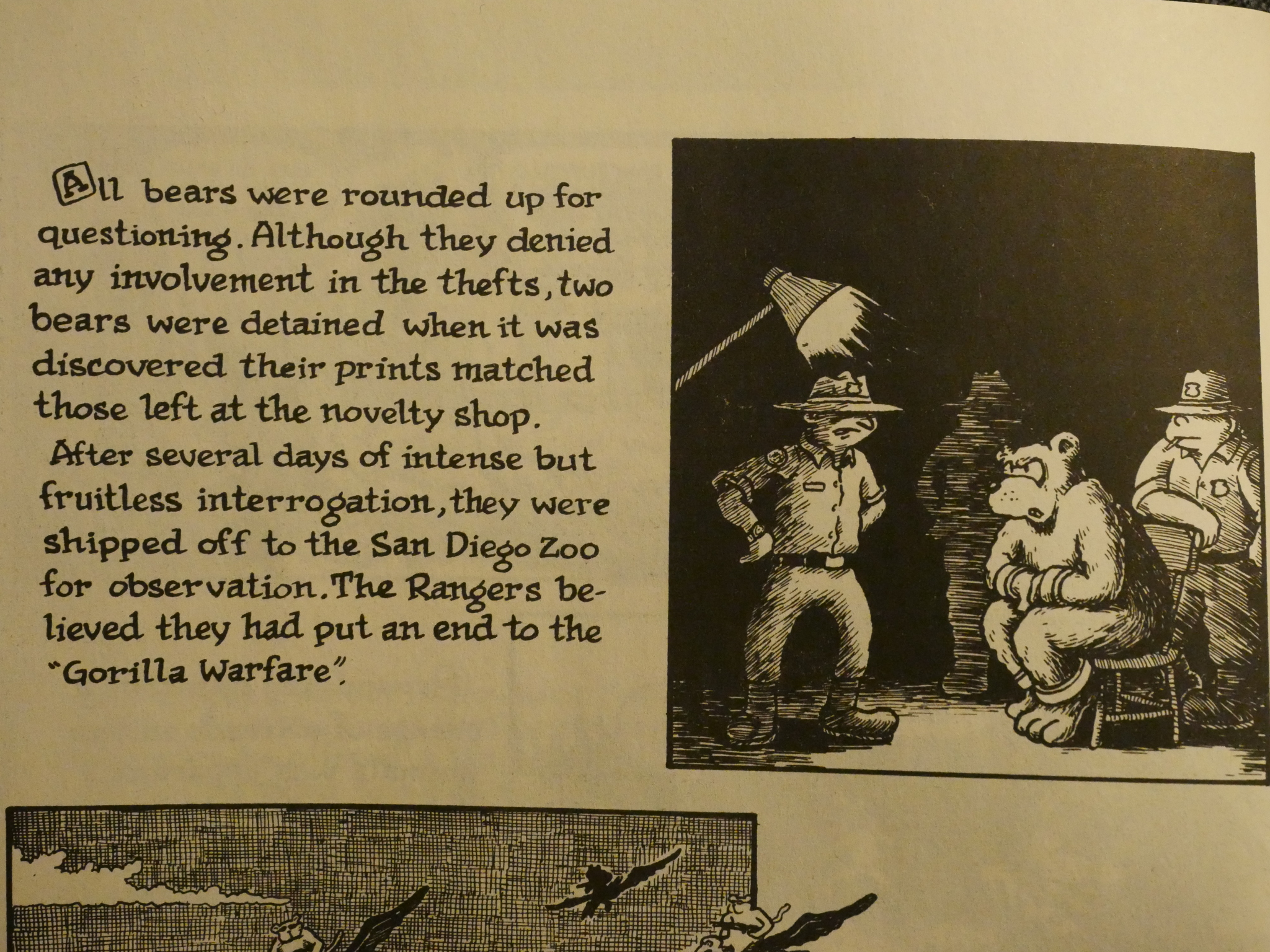 It’s about animals staging a rebellion against humans. The joke above is typical for the word-play here. 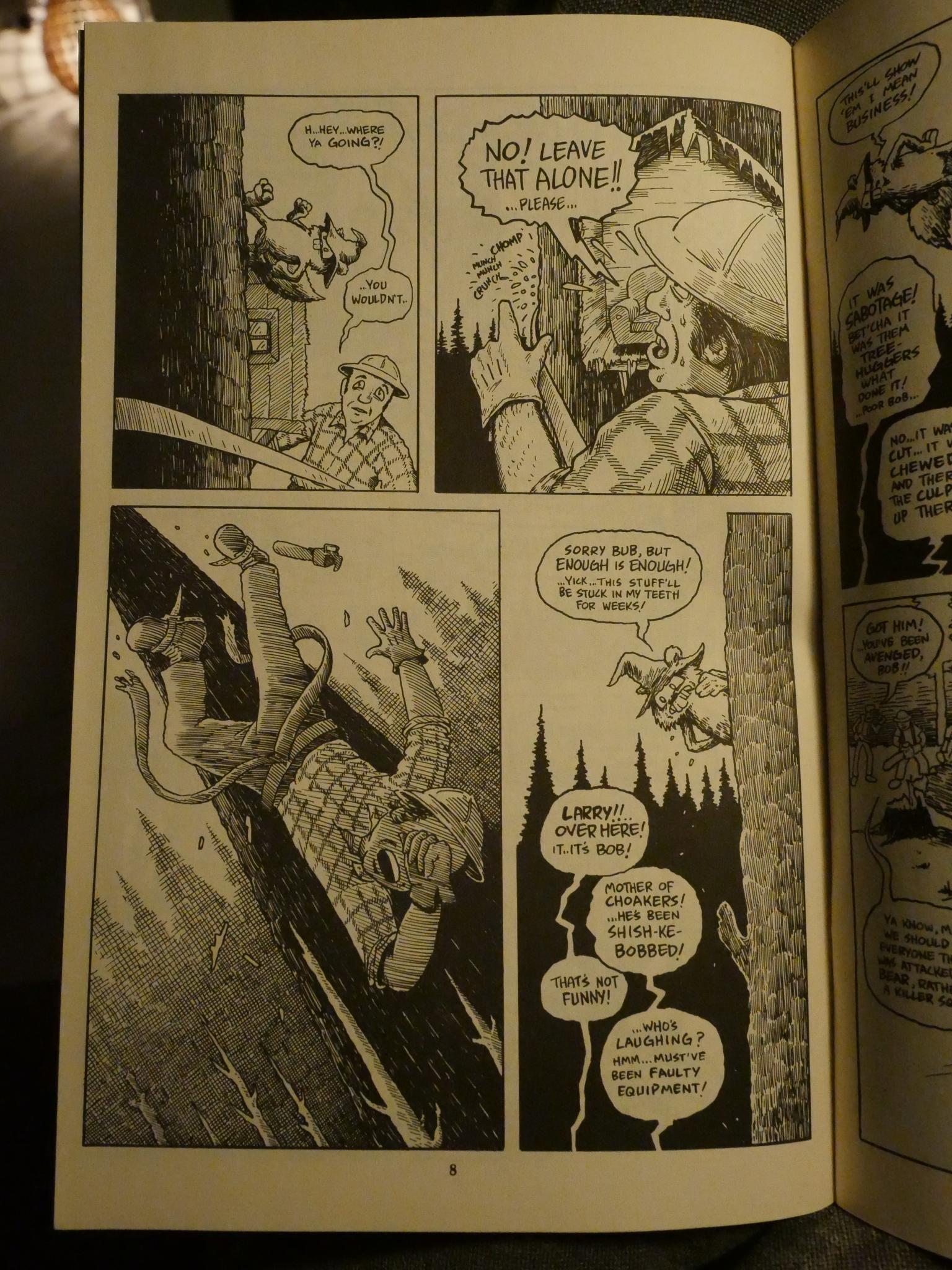 It’s an action-filled adventure, with plenty of murder and mayhem. 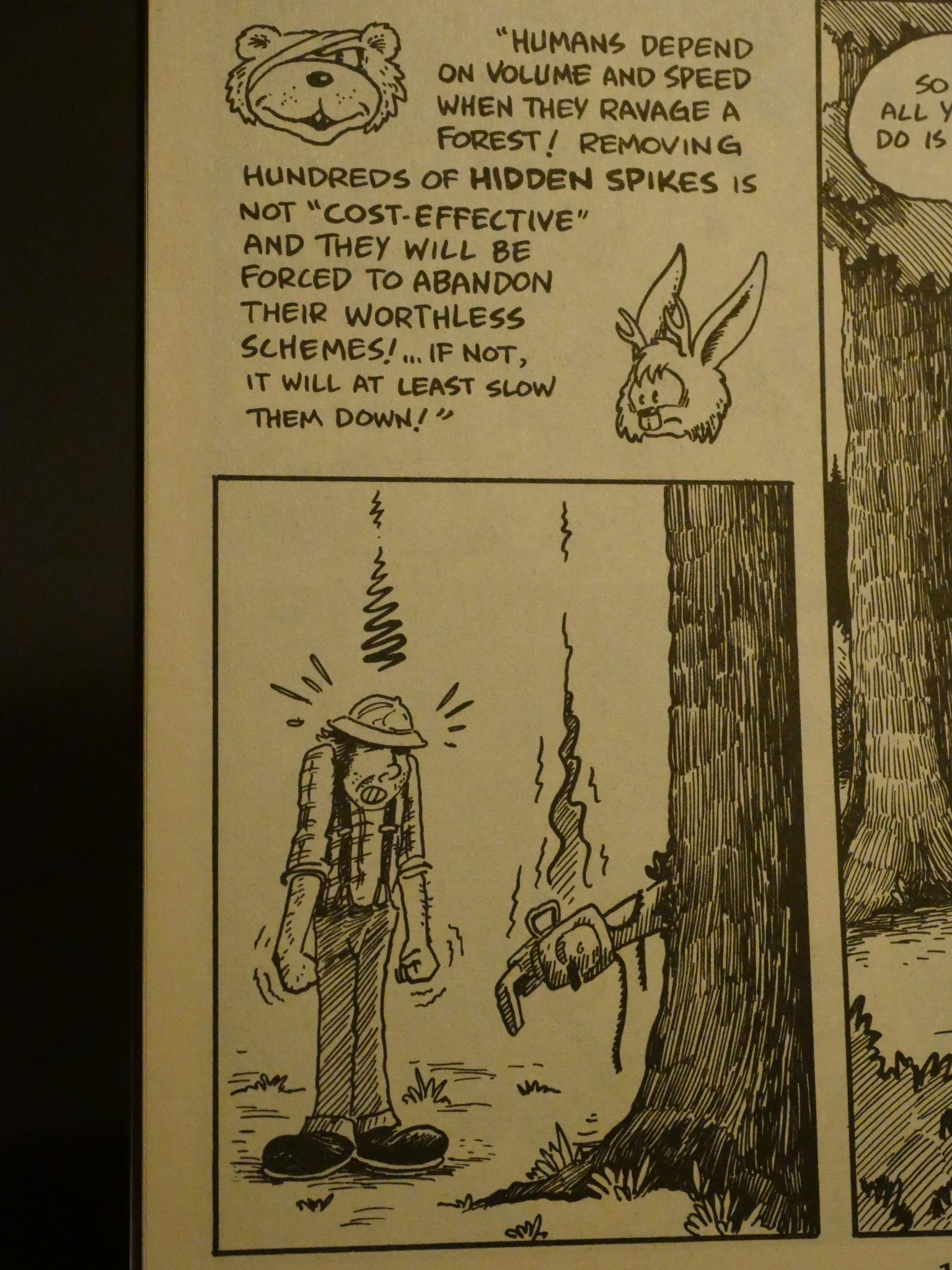 Also practical tips about how to spike trees to make it more difficult to cut them down. That was a popular way to protest in the mid-80s, wasn’t it? 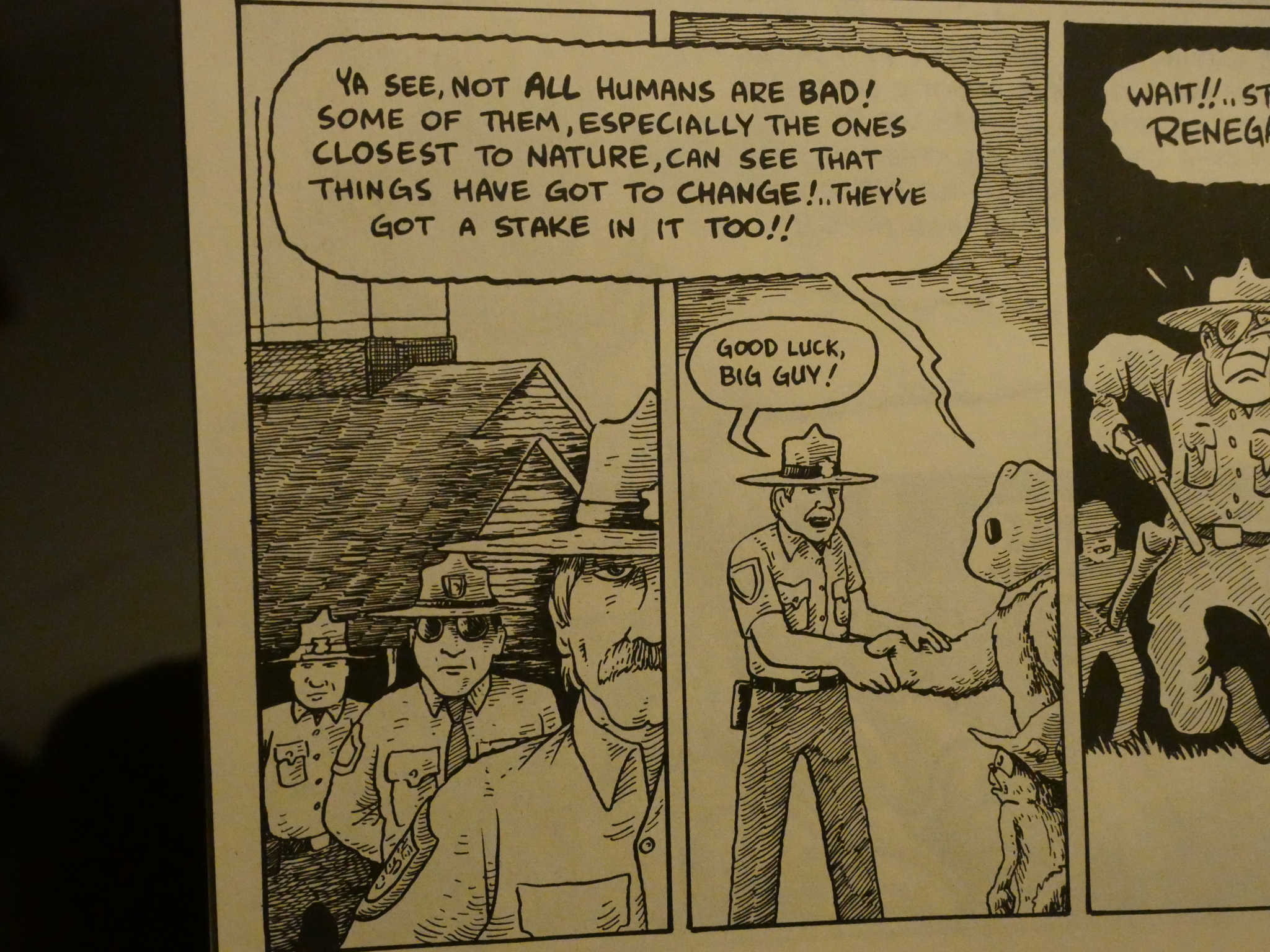 Not all humans are bad! 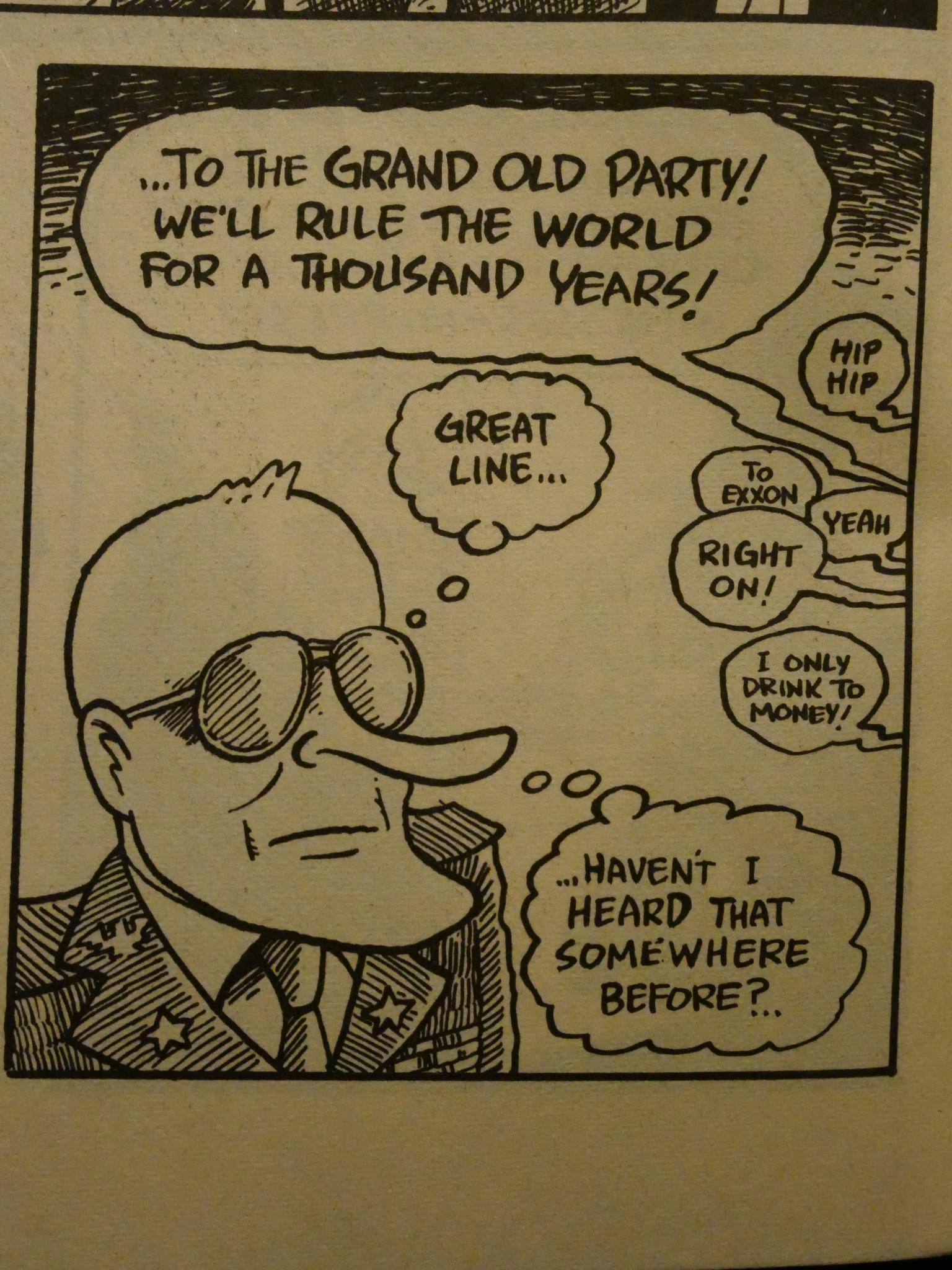 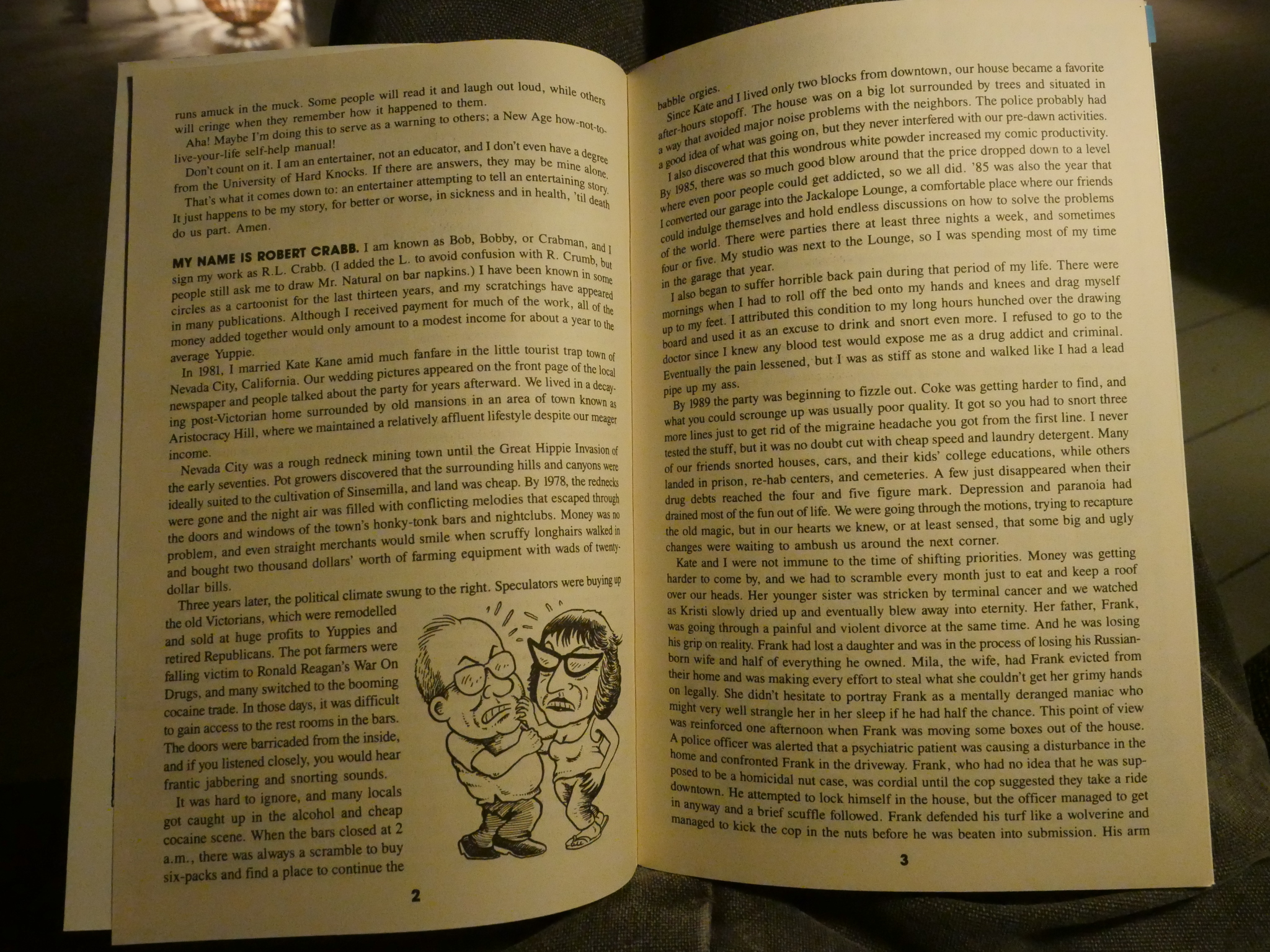 Adventures on the Fringe is a very different kind of comic book. Well. “Comic book.” I guesstimate that about two-thirds of the pages are straight-up text pages like this. And they haven’t received any kind attention from the Fantagraphics designers, so it doesn’t look very interesting graphically. 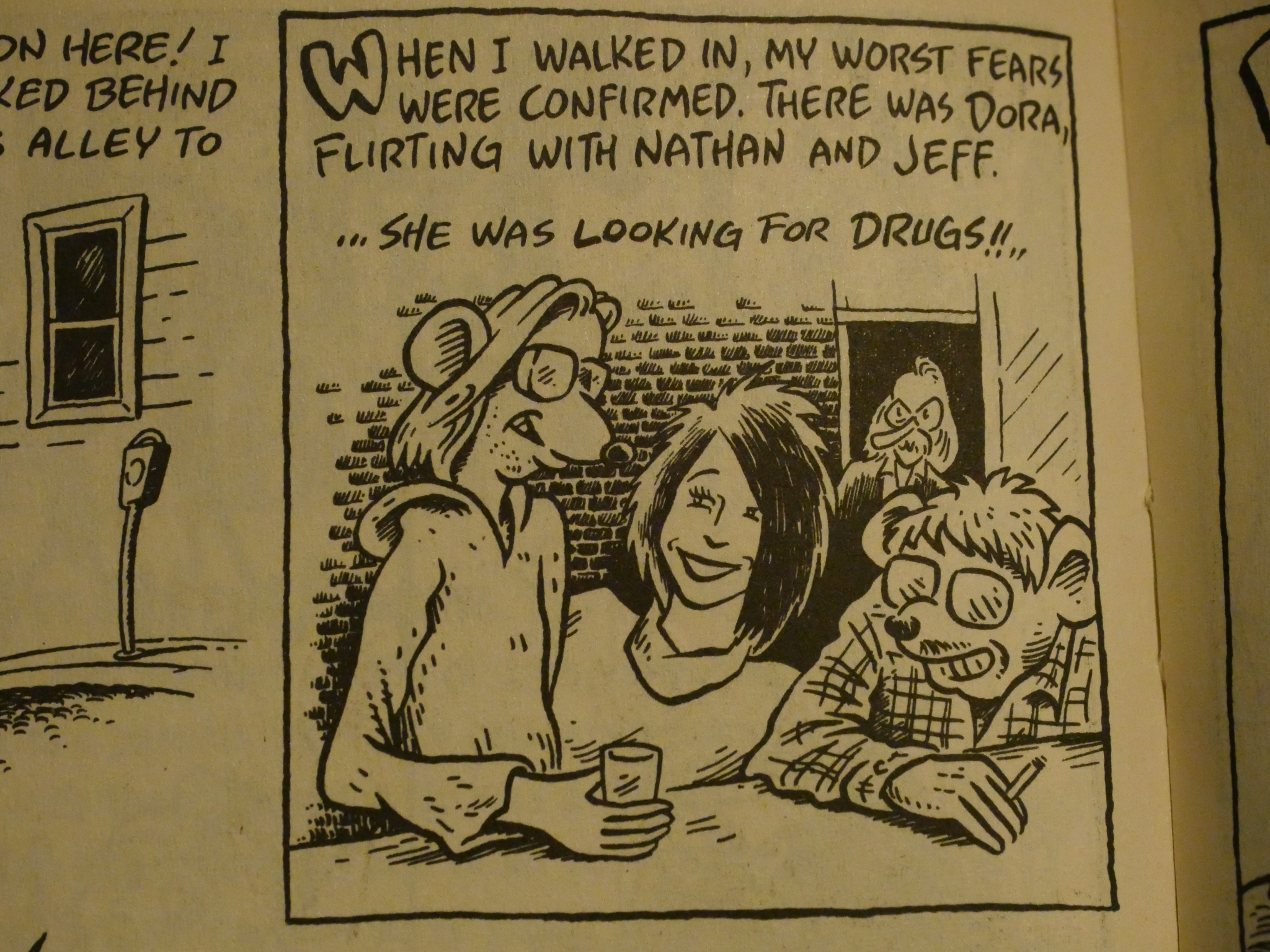 Crabb insists that these issues are all true, all autobiographical.

Oh, and by the way, this issue was seized by Borderlinx and pulped because of “drug use”, which is kinda ironic, since there isn’t much. 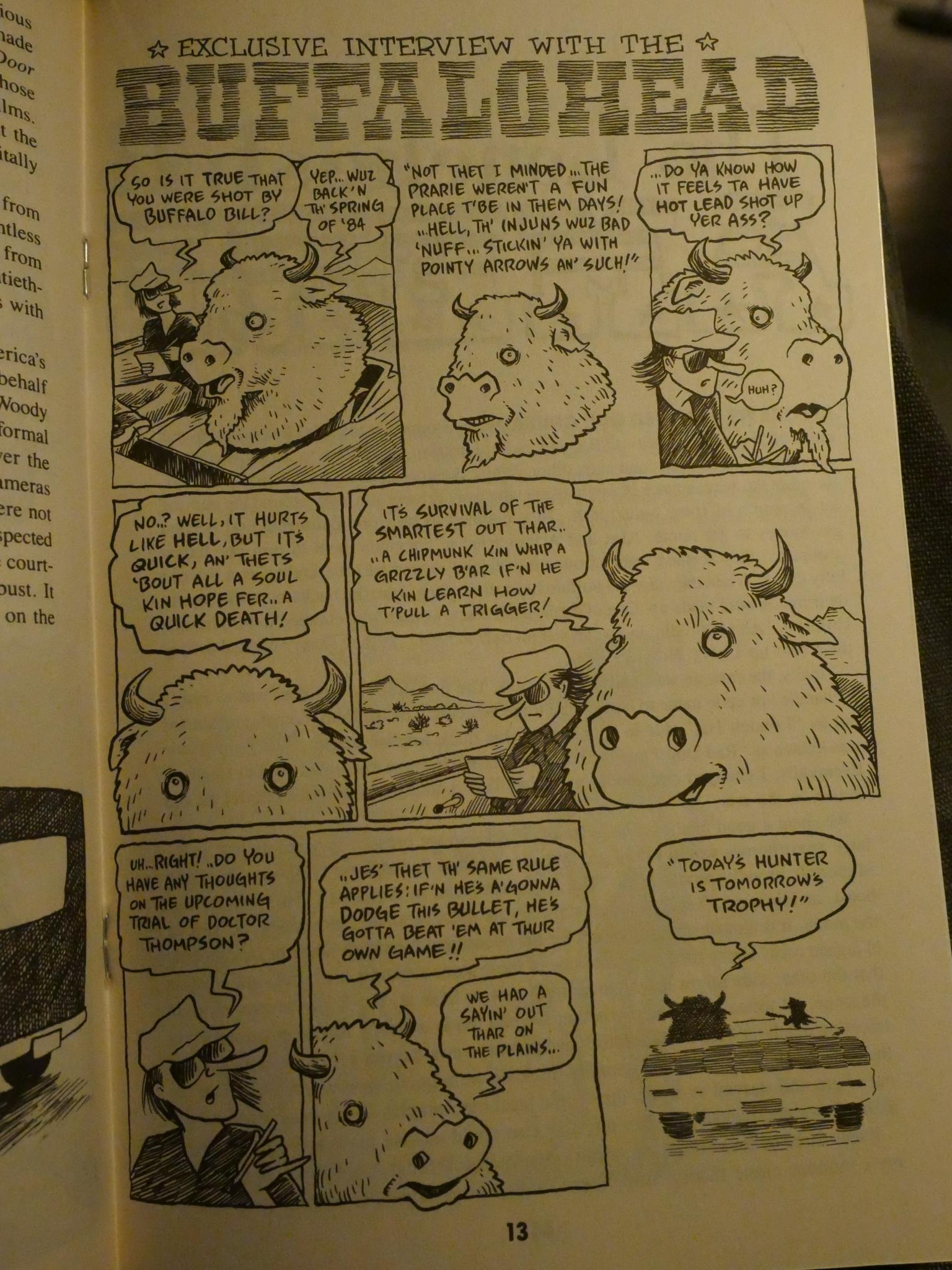 A story about going to visit Hunter S. Thompson at his 1990 trial features heavily in the first issues. 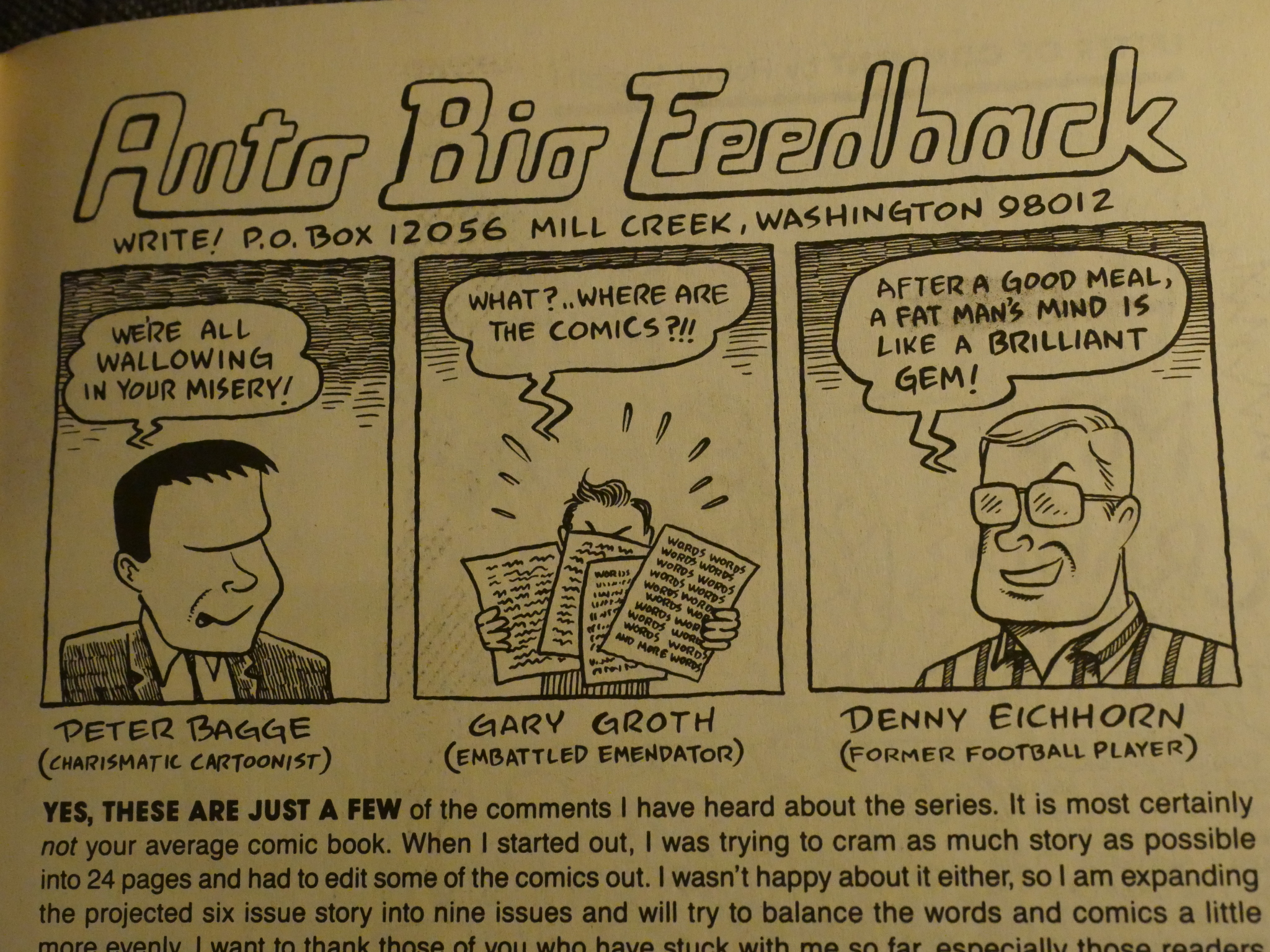 Yes! Where are the comics?!! 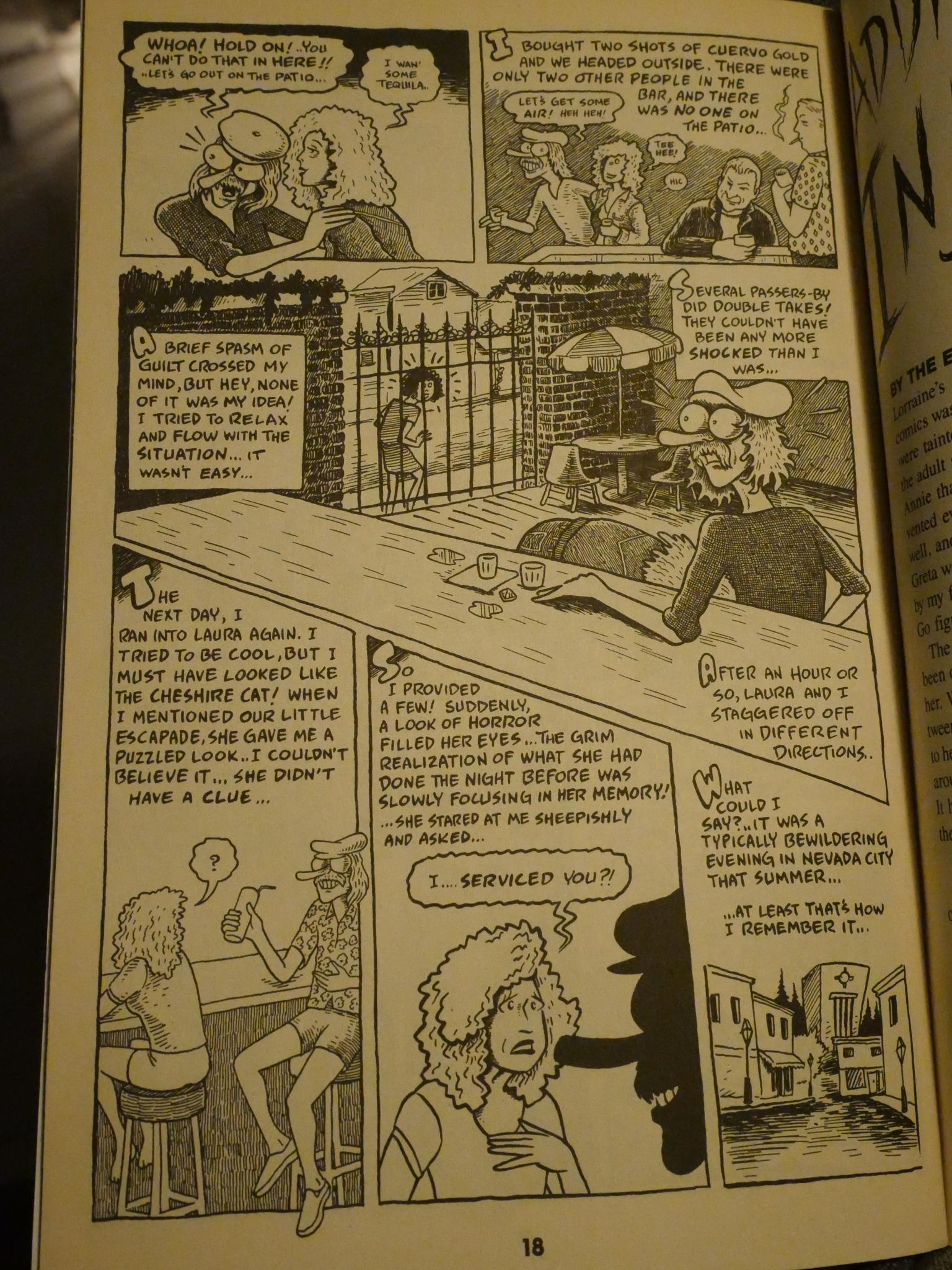 There are more comics in the fifth, final issue. Crabb says it’s being cancelled because of low sales and because Crabb was burnt out.