I’m still buying a lot of music on vinyl. Not because it’s hip: I was buying vinyl long before hipsters did. (That’s code for “old”.)

I had one record player for decades that was cheap, but pretty OK. But it had one major problem: There was a lot of deep rumble. Not horrible-sounding, but still… that rumble shouldn’t be there. 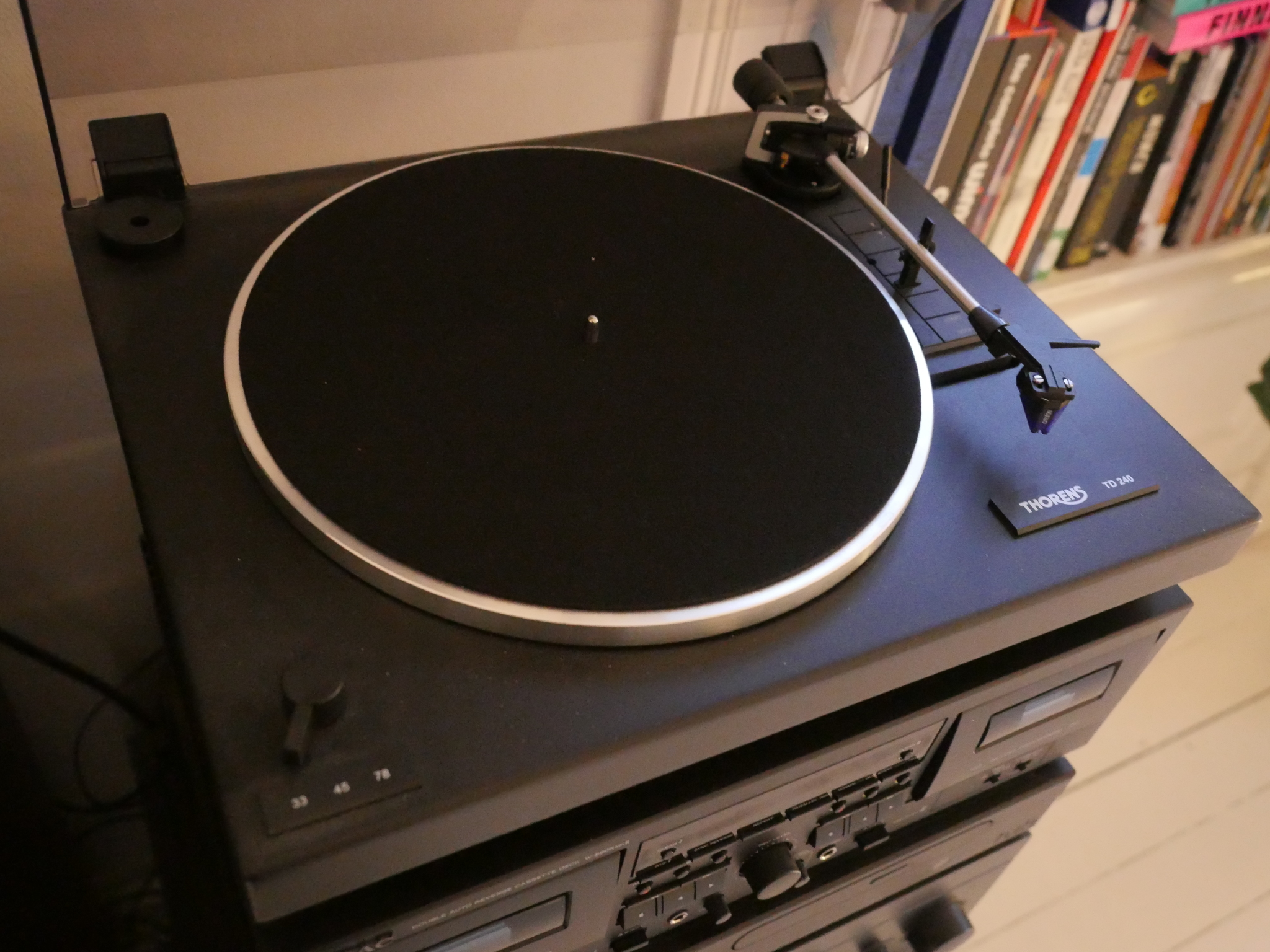 After getting a job and I could afford to buy something better, I got a Thorens TD-240. (It’s mid-price, I guess, in the audiophile sceme if things.) It had less rumble, but I found it to have a kinda buzzy thing going on. Almost like an electrical fault of some kind, but it’s grounded and stuff, so… it shouldn’t?

So about a month ago I decided it was time to join the grown-ups and look at Serious Record Players.  Buying one mid-priced record player after another seems might end up more expensive than just buying one really good record player, I though.

This is what I need: A record player that can play both 33⅓ and 45 RPM, and be able to switch between those easily. The kind of music I buy usually doesn’t say what speed they’re meant to be played at (because the people who make them are presumably on drugs and just forget to put those details onto the covers), so I spend a lot of time going “hm? does this sound good? now then? hm? Oh, finally, somebody sings something! it’s 33⅓!” while flipping the speed thing back and forth.

So there goes more than 90% of the high-end players: With most of them you have to remove the heavy platter, change a rubber band, and then replace the heavy platter. And then decide that that’s the wrong speed anyway.

The remaining 10% of the record players are designed by wiseguys. Like this one, that does have a button that you can control the speed with… but it’s a single button that toggles between off/33/45 and then back to off again. And after reading a gazillion reviews, you find out that it’s fiddly and slow and that it goes to “off” when you want “45” and stuff.

They’ll put up with basically anything, user interface wise.

After looking at about seventy different models (all models that were available, basically), there was one (1) model that satisfied my extremely humble specs: The Clearaudio Concept.

But it’s either buzz or butt, so here’s the epic unboxing sequence, because the delivery guy finally delivered it this afternoon:

And it came with a nice cartridge, and everything pre-adjusted (height, anti-skid, etc), so I just plugged it in… 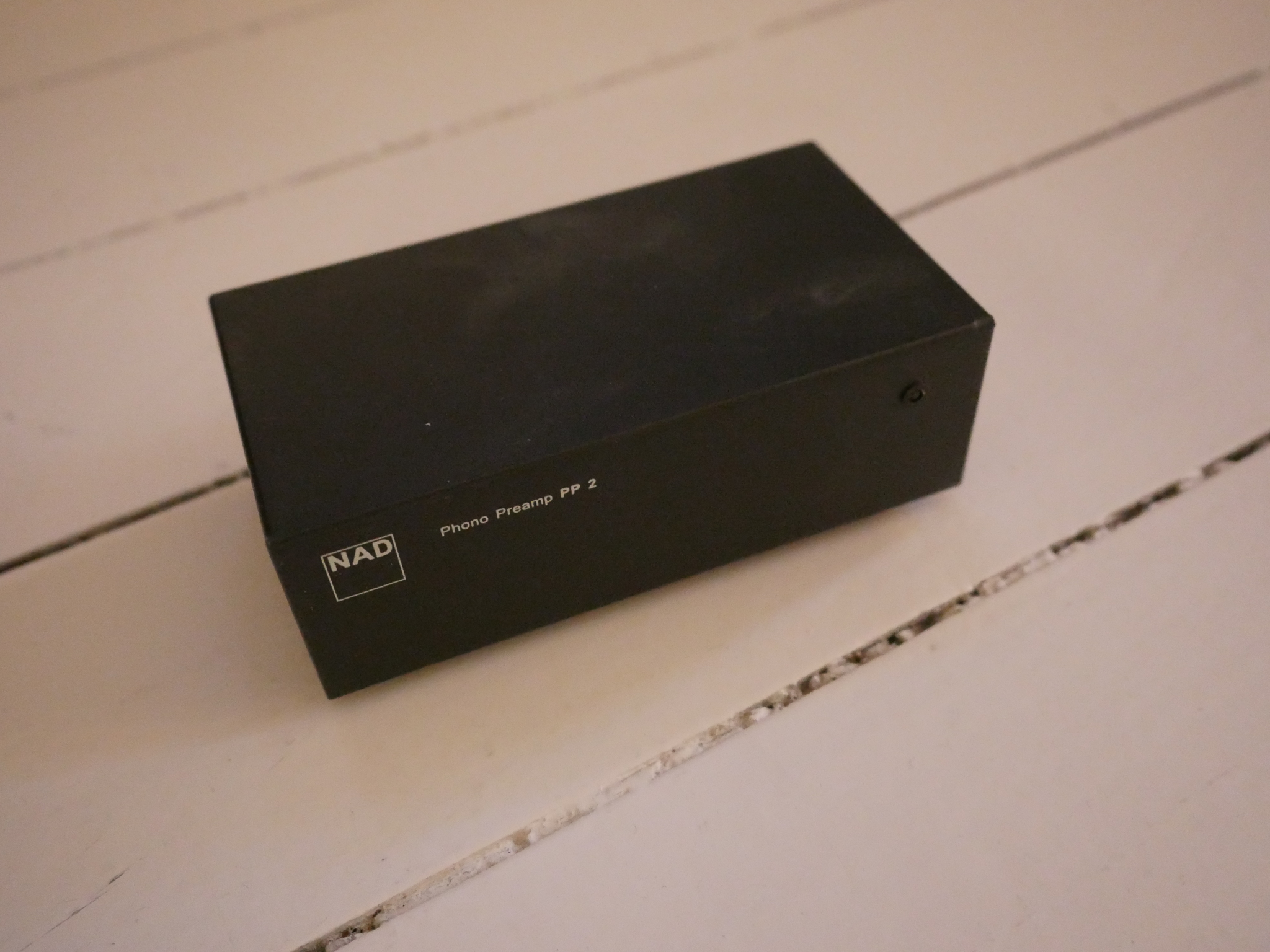 … to my phone amp, since my stupid amplifier is all modern and stuff. 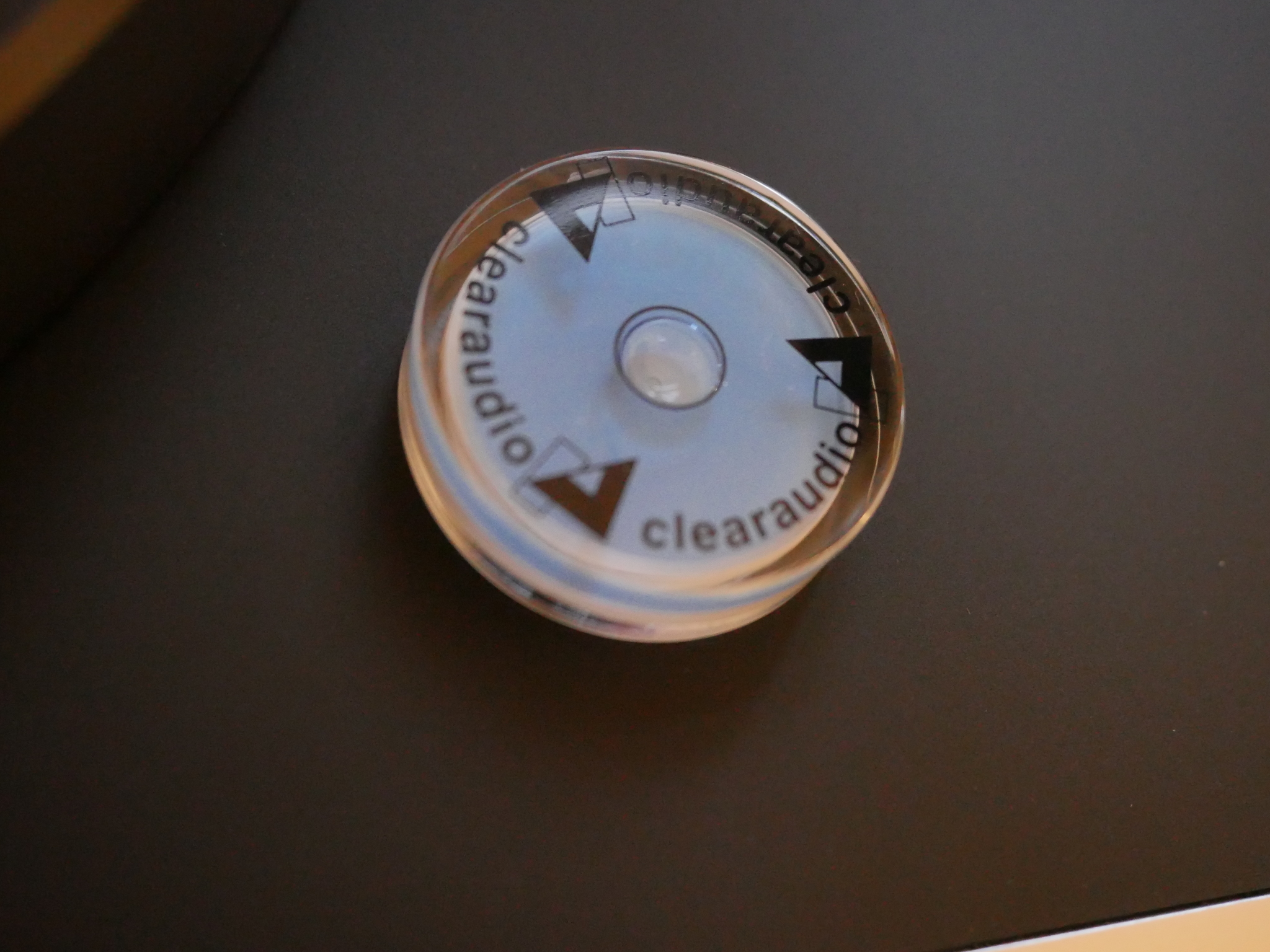 It comes with a level so that you can check whether it’s, er, level. An amazingly enough, it is! 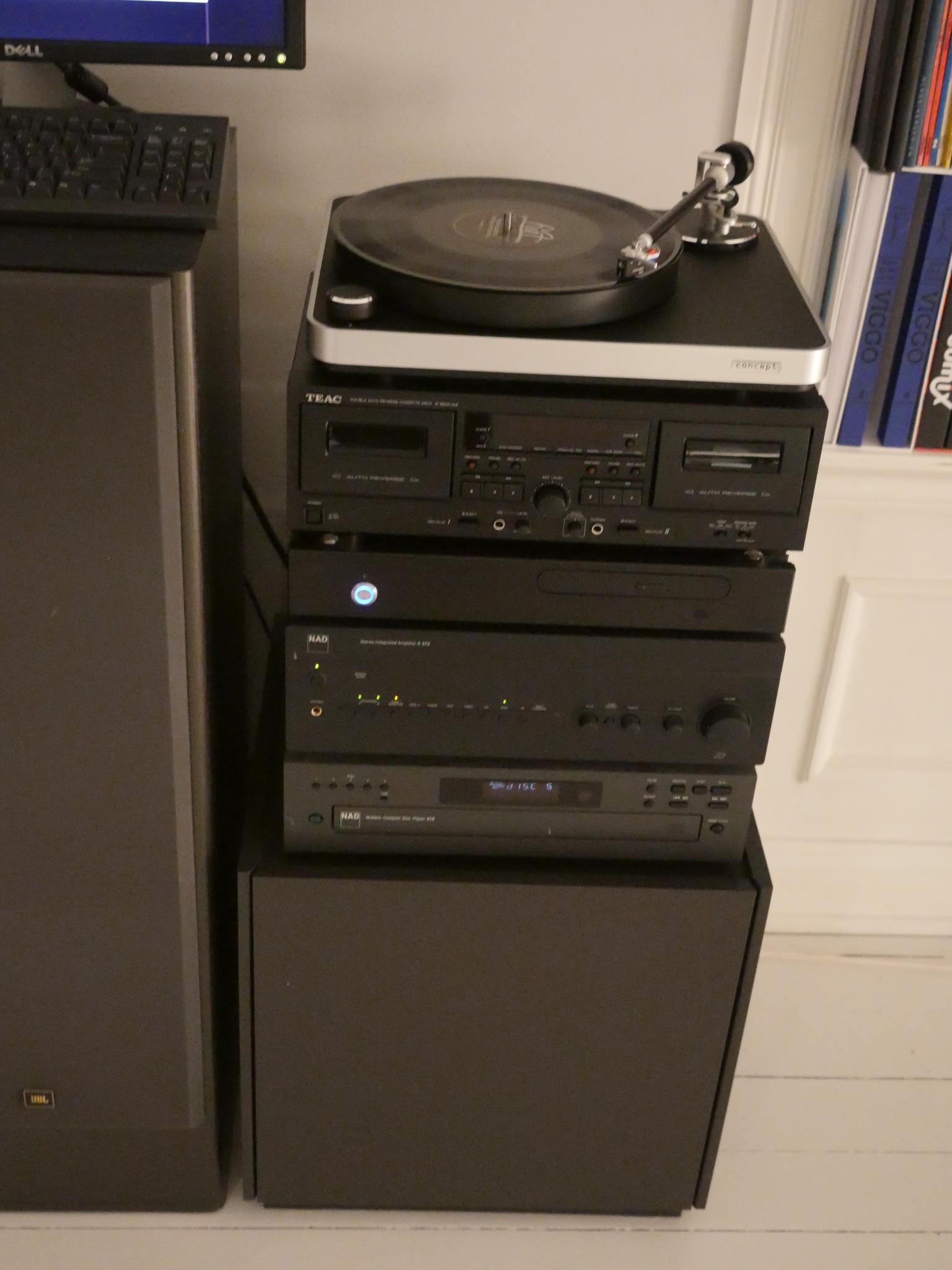 I mean, the floors here are o-l-d, and that stack of stereo equipment is precarious, but somehow accidentally they even each other out.

So let’s test the sound! I’ve chosen the out-of-print album The Will & The Gentle by the marvellous Pauline Oliveros, just bought from a kind person in Italy via Ebay. 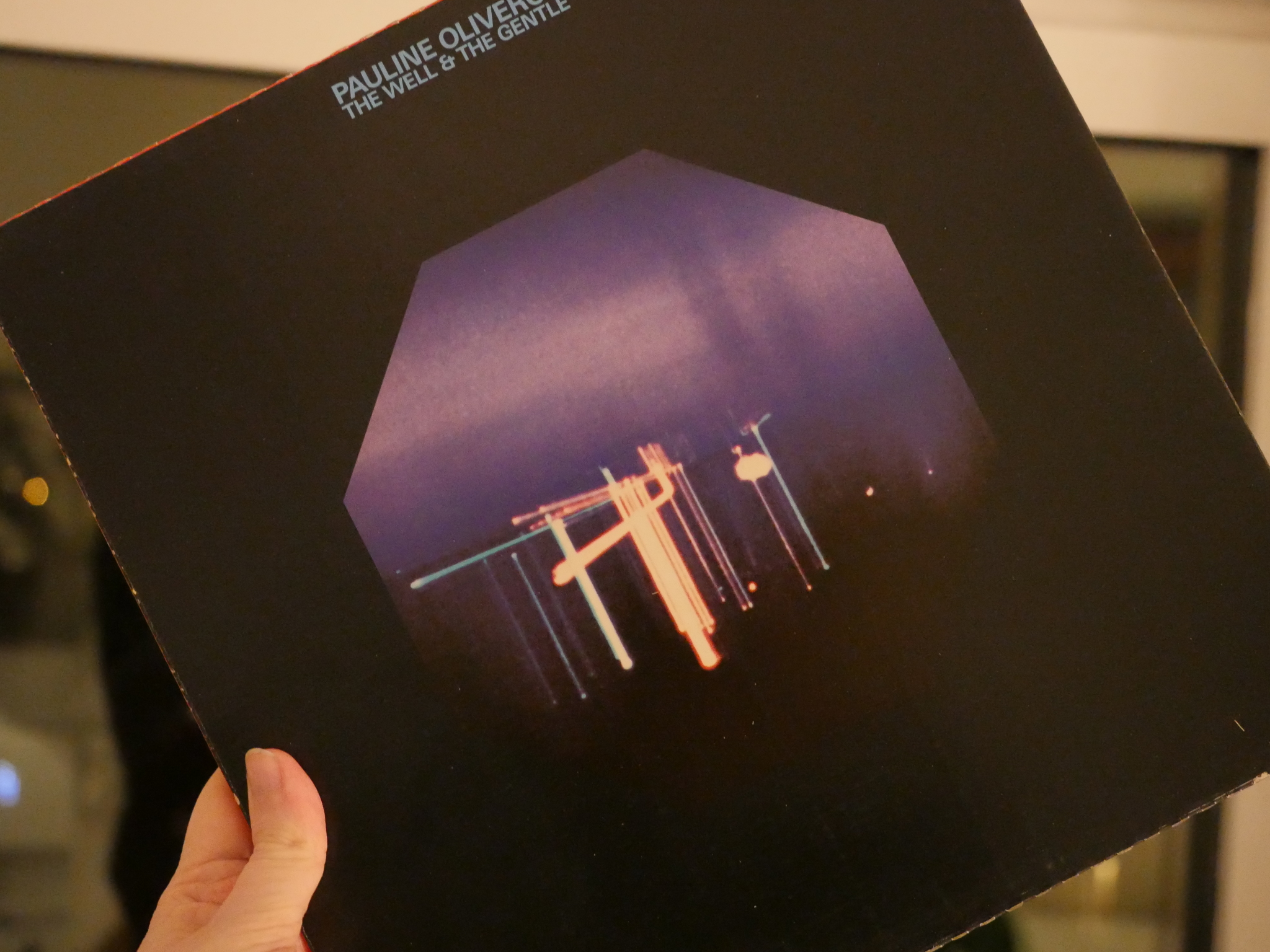 Instead of nattering on using words like “precision”, “taut” and “space” like an audiophile, let’s just compare to see whether the buzz is gone.

Here’s how the first minute sounded from the Thorens:

The Well recorded from Thorens TD240

And here’s from the Clearaudio:

The Well recorded from Clearaudio Concept

And…  try playing both at the same time.  That’s eerie, isn’t it?

So now the only problem is that it’s butt ugly. But I’ve got gaffa tape. 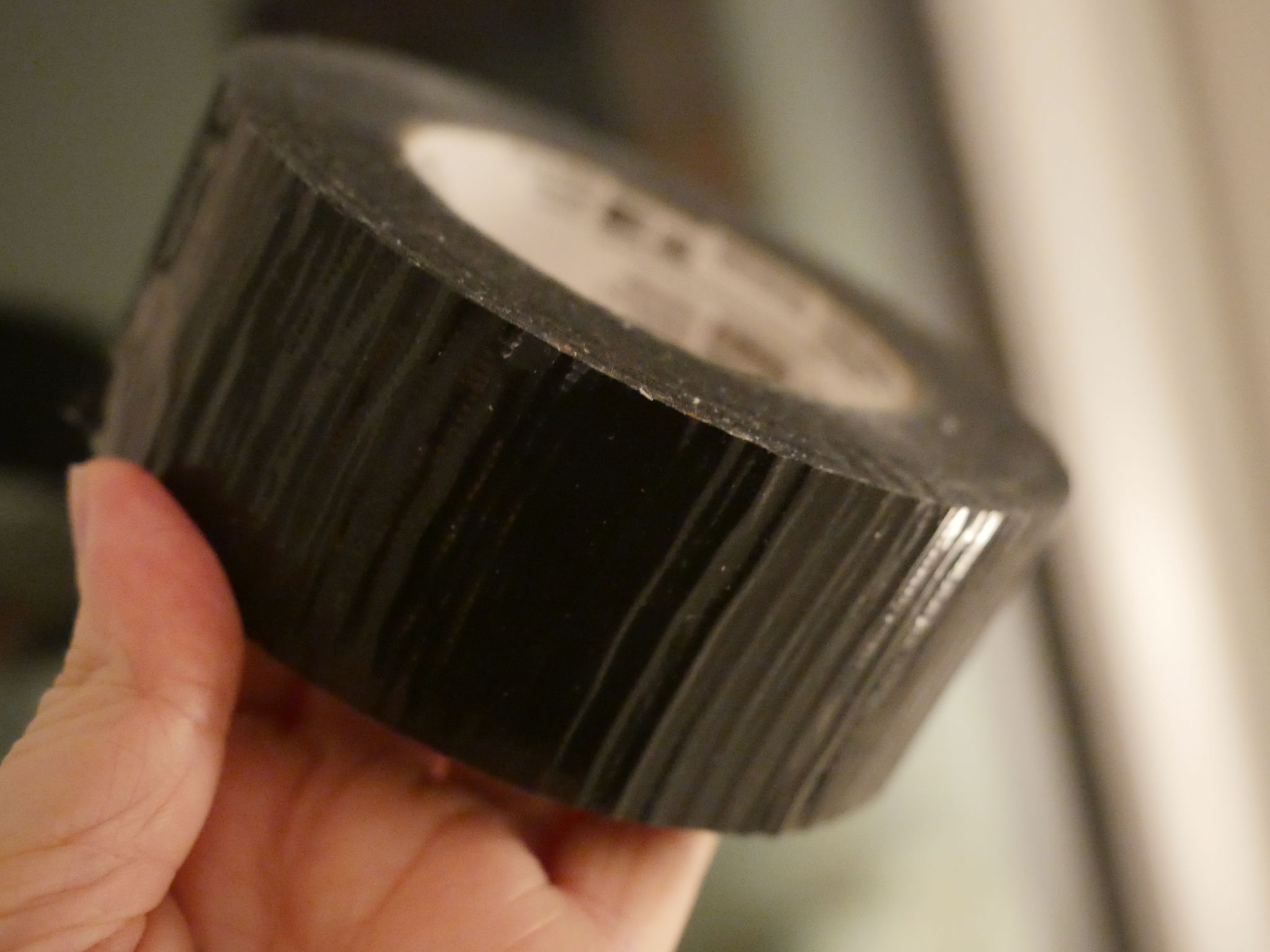 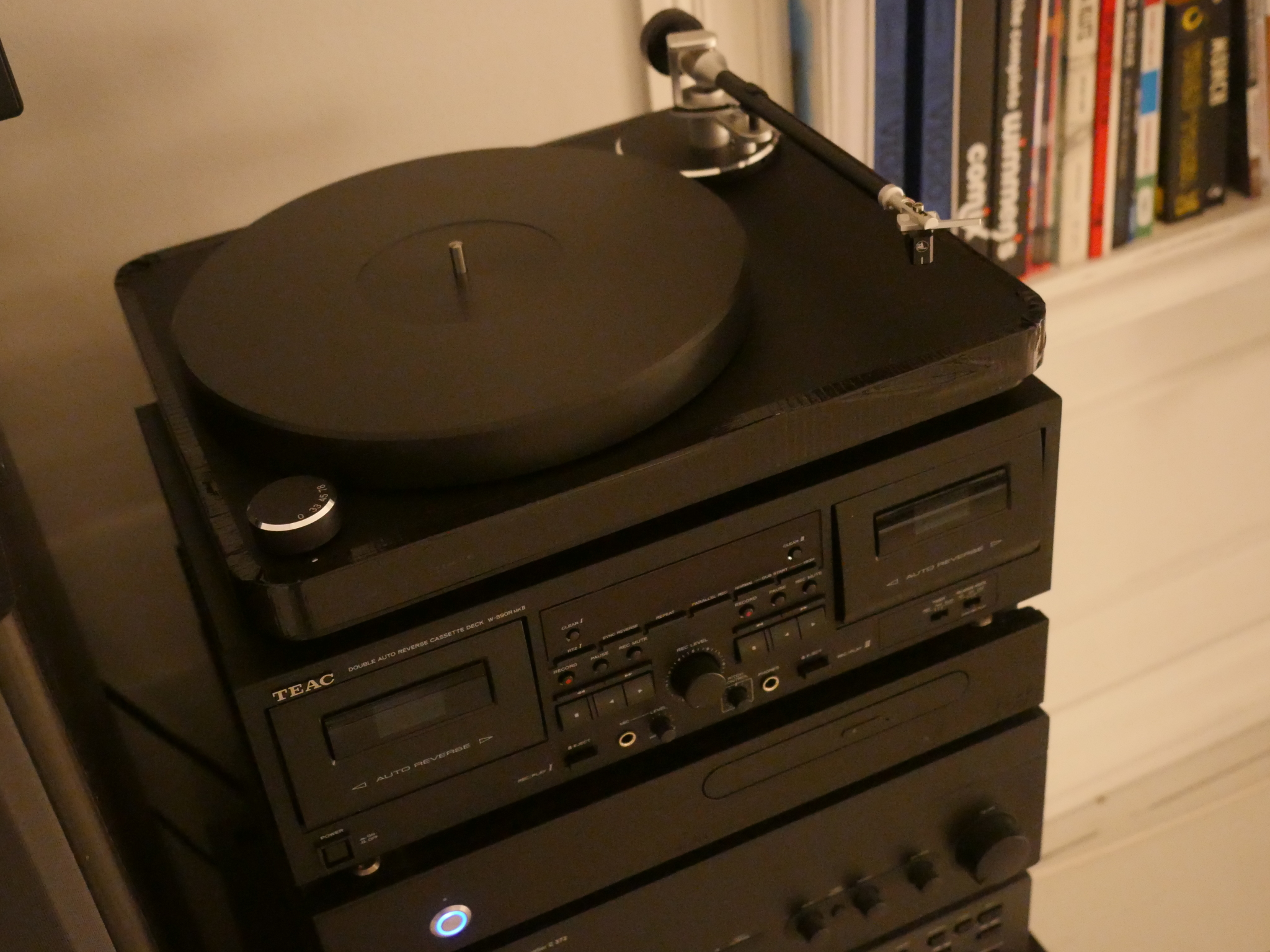 THERE! I FIXED IT!

Clearaudio, if you want to use me as a design consultant, just drop me a note. And feel free to use a pull quote from me in your ads. Perhaps something like “literally the only record player I could buy” or “even if it’s unbelievably ugly, it sounds fine”.