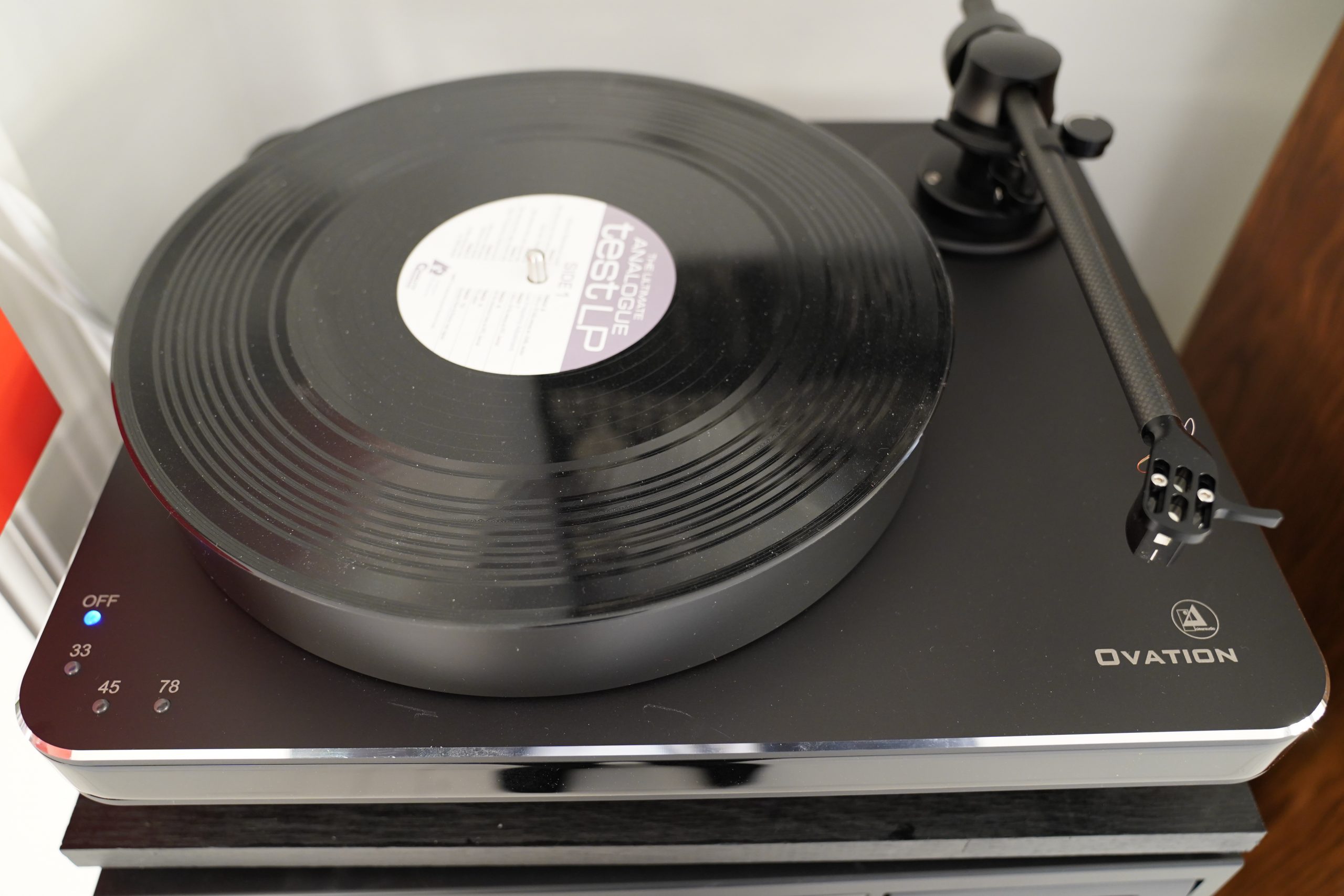 I’ve been through a number of cheap record players in my life, and they’ve all had some kind of problem — buzzing sounds, low level rumbling sounds, etc. I thought I had found the perfect record player some years back, and indeed it fit all my requirements, which are:

1) Not suck, sound wise. (I’m no audiophile, but I don’t want the record player to make rumbling sounds at me, either.)

2) Have a simple user interface. This means no adjusting belts or anything to switch between 33.3 and 45, because I do that a lot. And no touch interface or anything like that. Just nice buttons.

The problem is that that record player failed in a way I don’t think I can recall a record player failing: It required adjusting the speed every couple of months. I’d be listening to a record, and then I’m thinking “was his voice always that high pitched?” and then I’d measure, and sure enough, it’d be running 5% too fast. So I’d have to get out a screwdriver and adjust the speed, and that’s just … annoying.

And… it sounds good? And I measured the speed: It’s absolutely spot on, and it’s supposed to stay that way:

I’m crossing my fingers and my toesies.

This new record player is physically larger (deeper, that is) than my old one, which means that it doesn’t fit on top of my stereo stack. 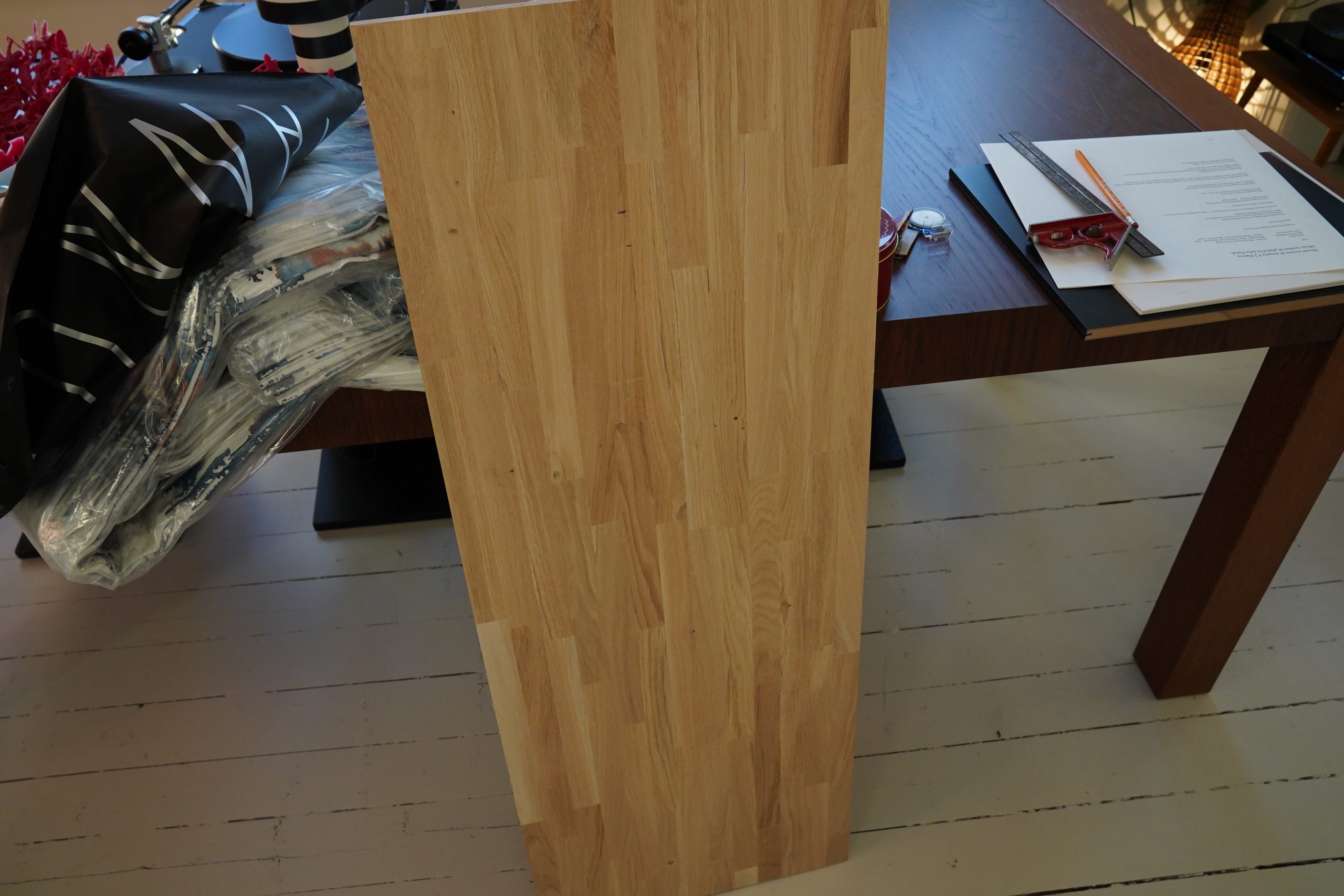 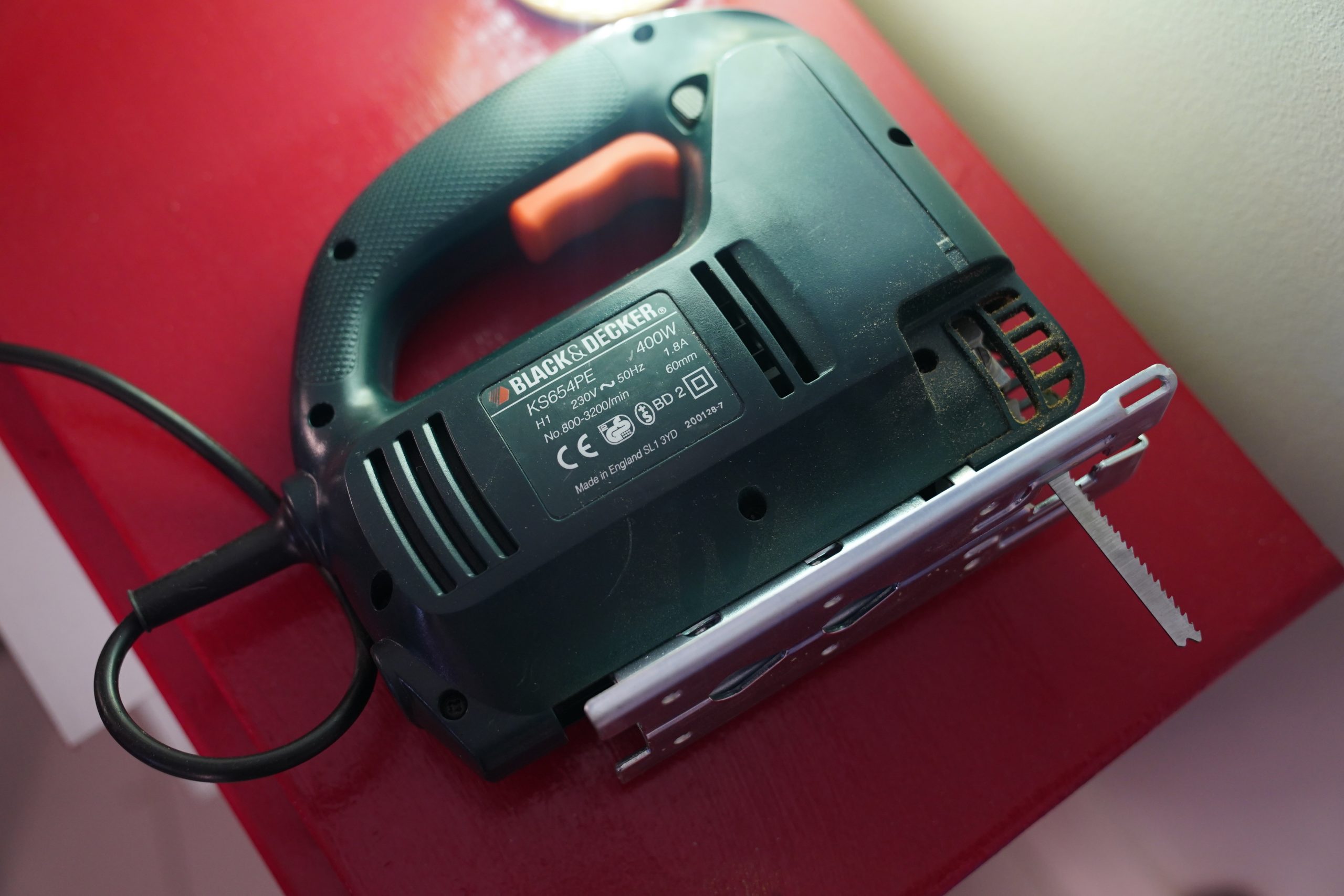 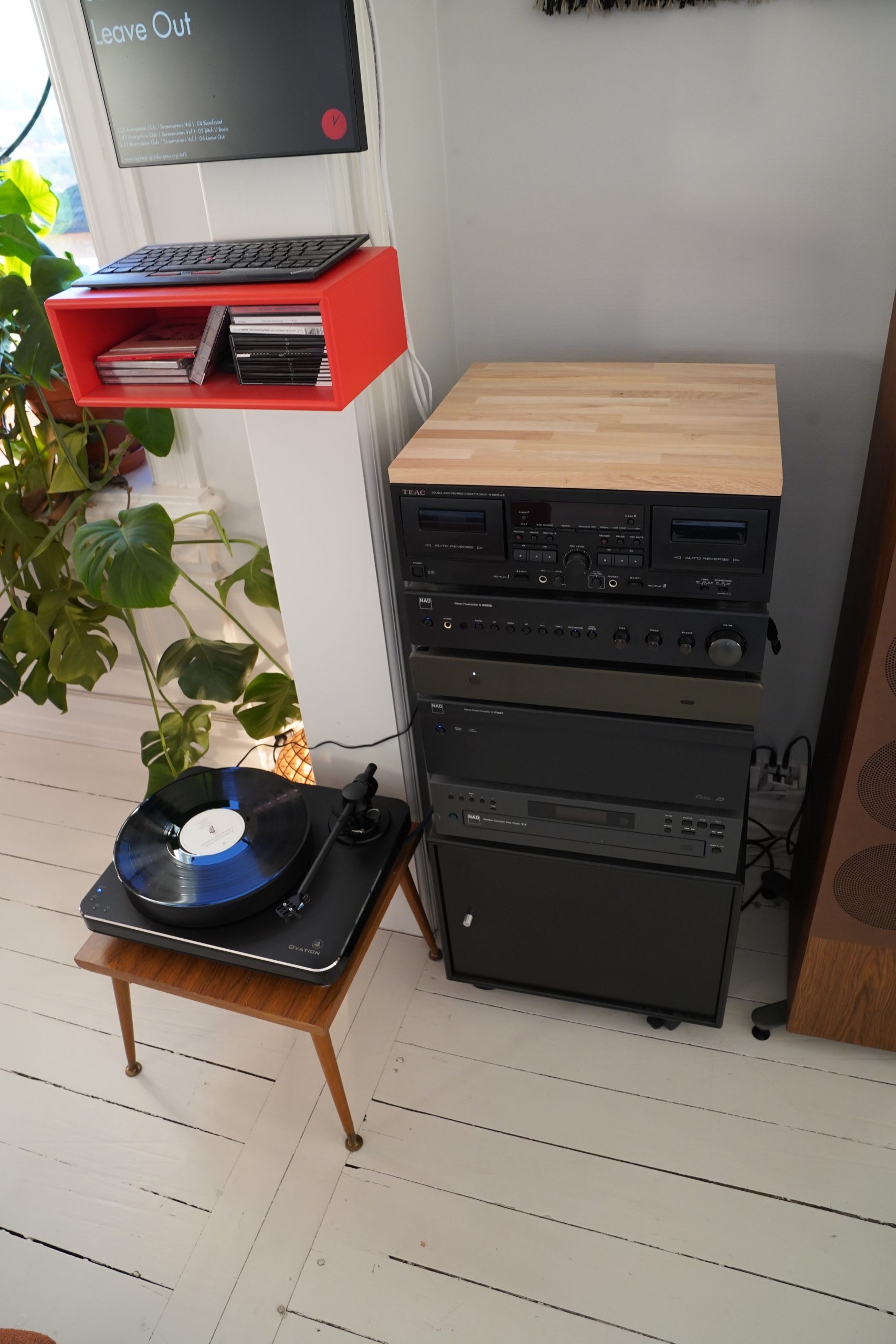 I measured correctly! It fits! This never happens to me! 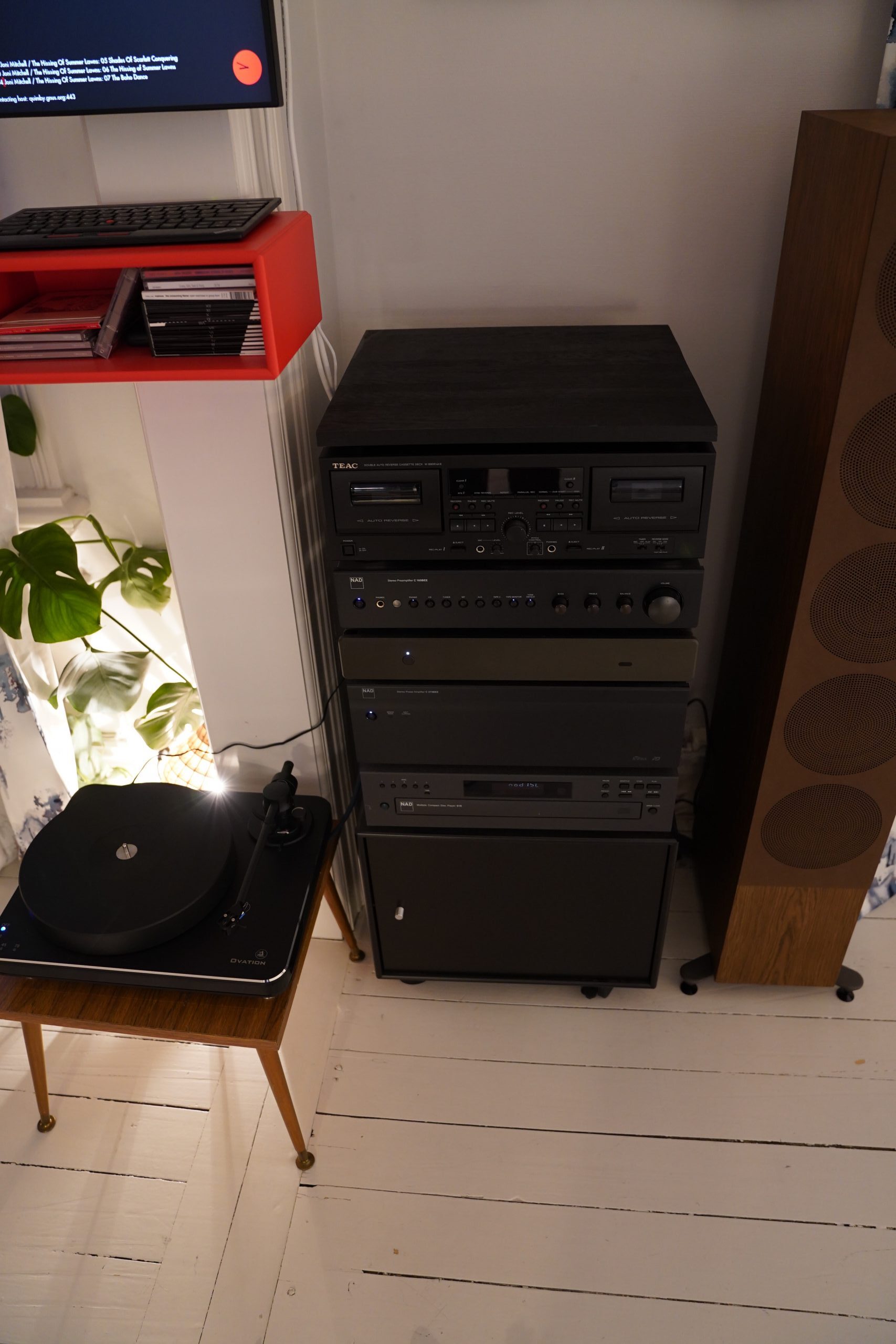 Then I painted it black, because I think that’s the law? 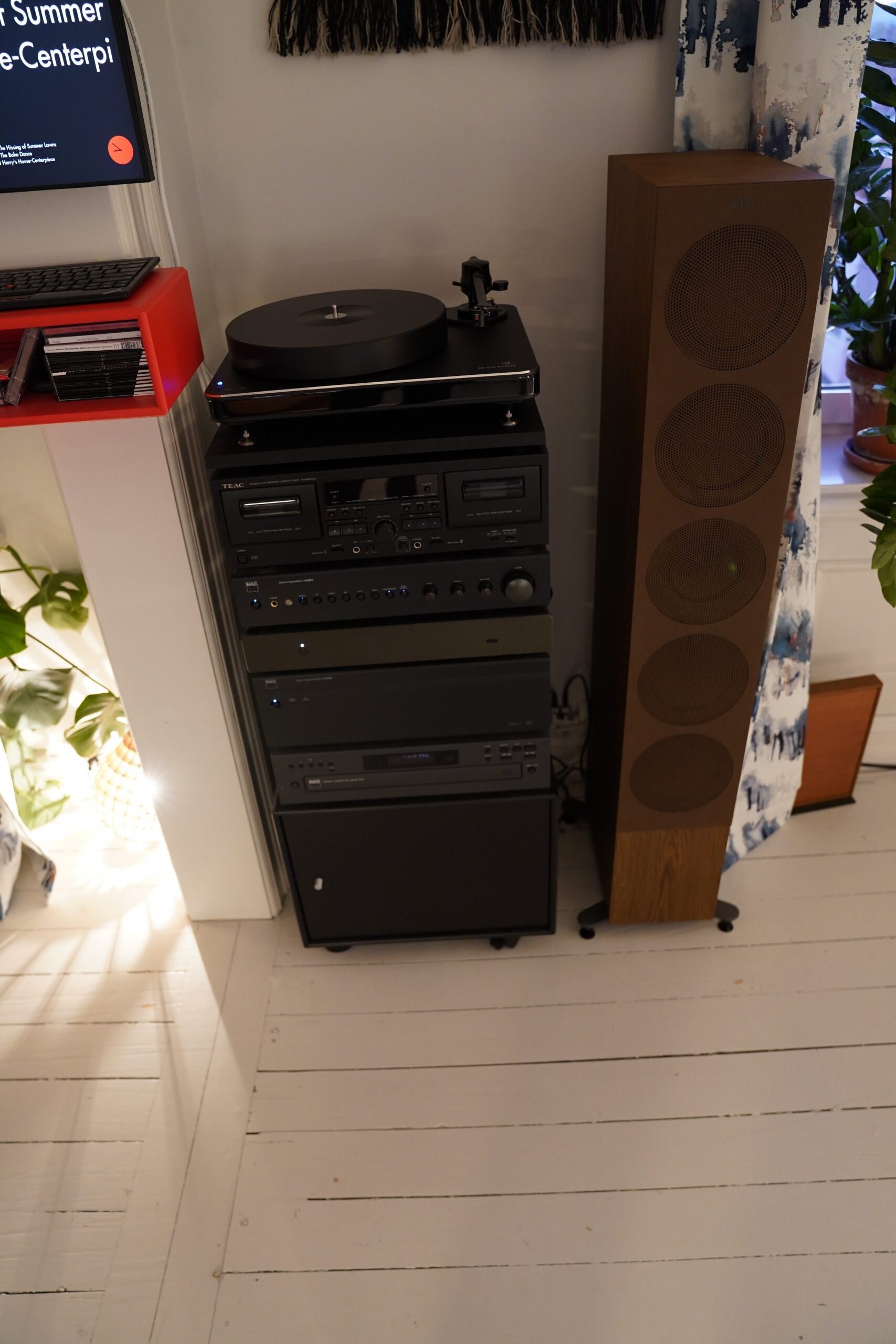 Look! It’s totally stable! It’s not teetering or anything!

It’s about 14kg. I should probably rearrange this to be less vertical at some point, but it’s kinda nice working height. The old floors here are so sway-ey that things skip around anyway when walking around, so perhaps I should bolt it to the wall? Meh. 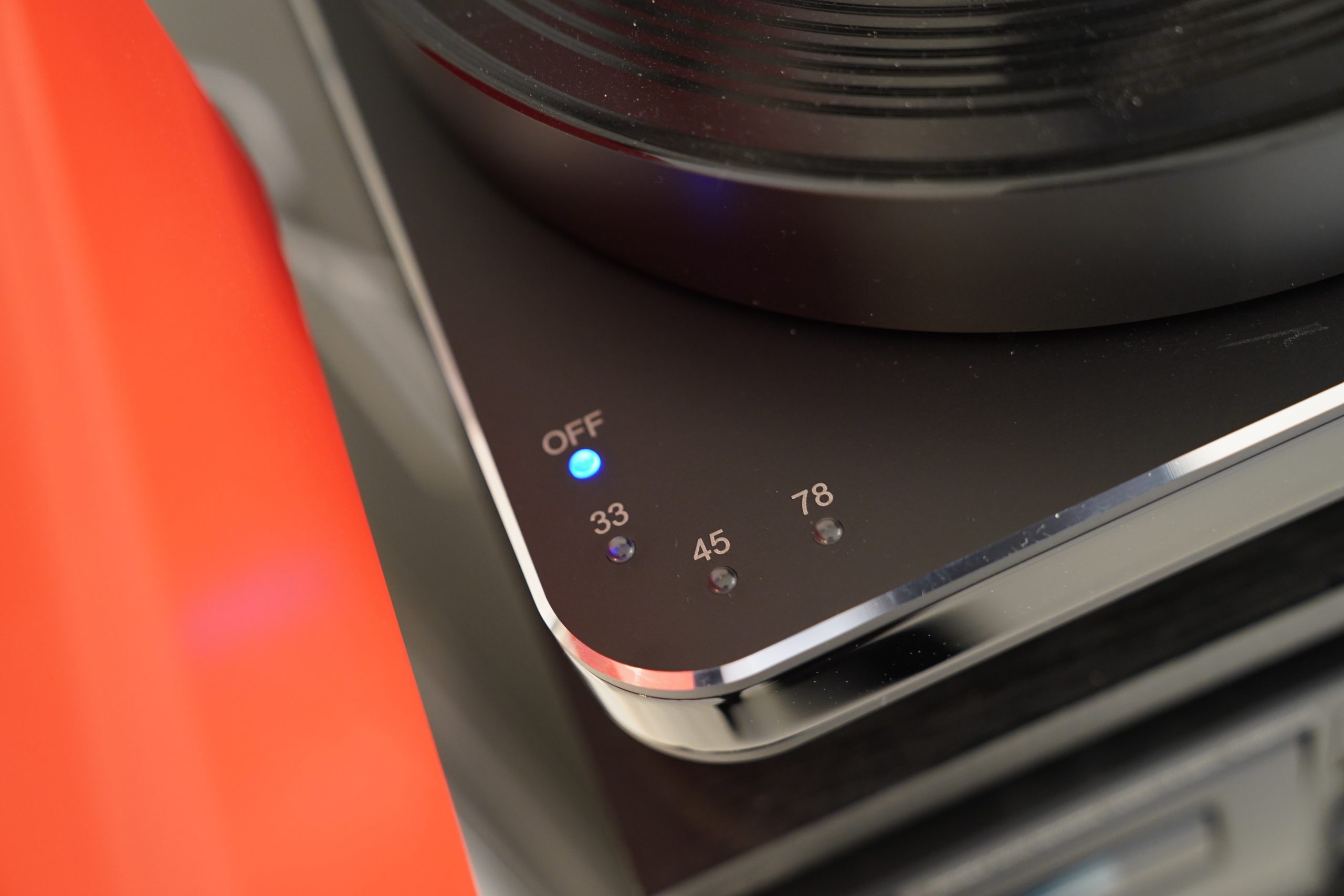 Anyway, I was talking about UX? This has excellent UX: It’s just four physical buttons, and they even light up. Excellent! 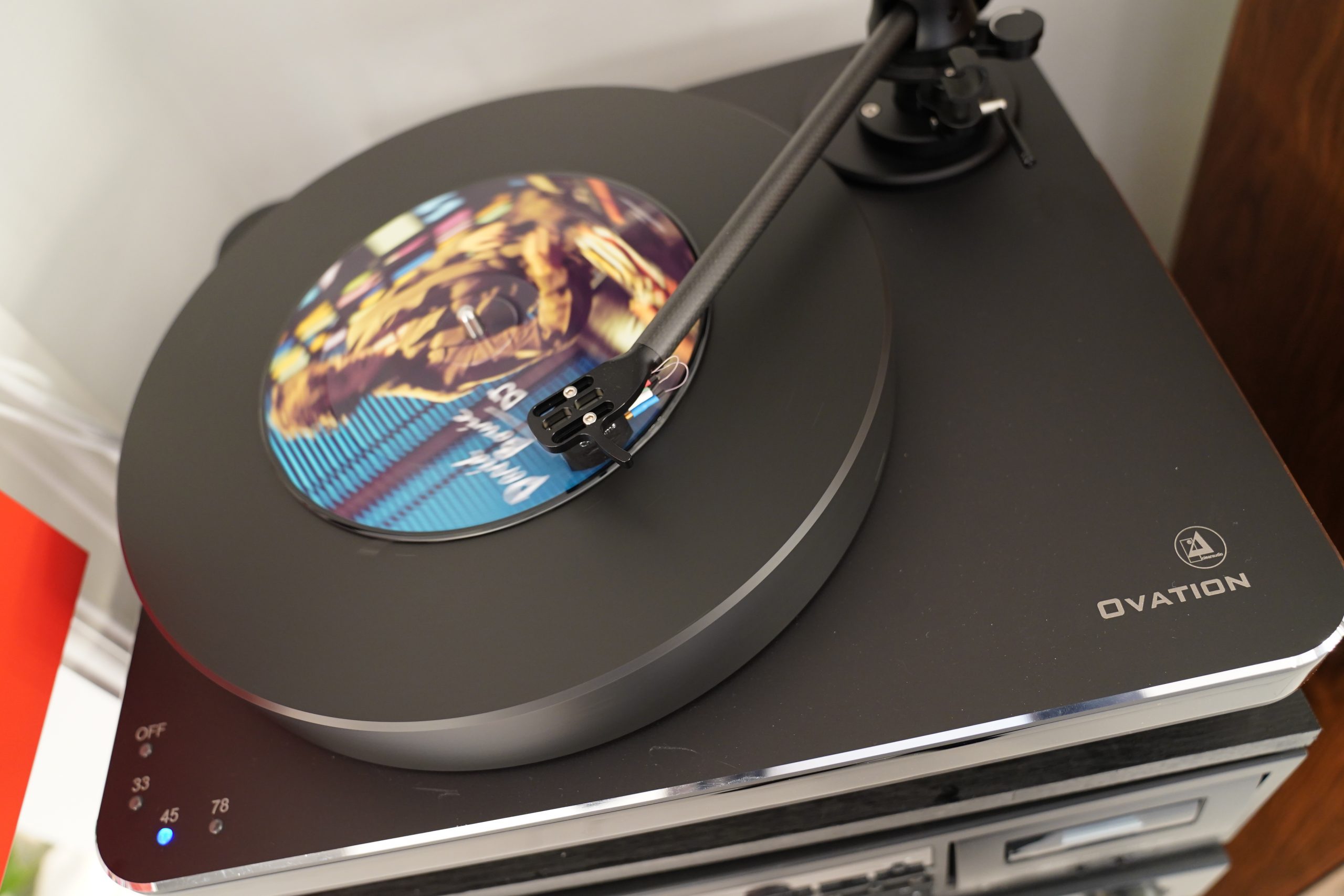