Love and Rockets volume 4 #1 by Jaime Hernandez and Gilbert Hernandez. 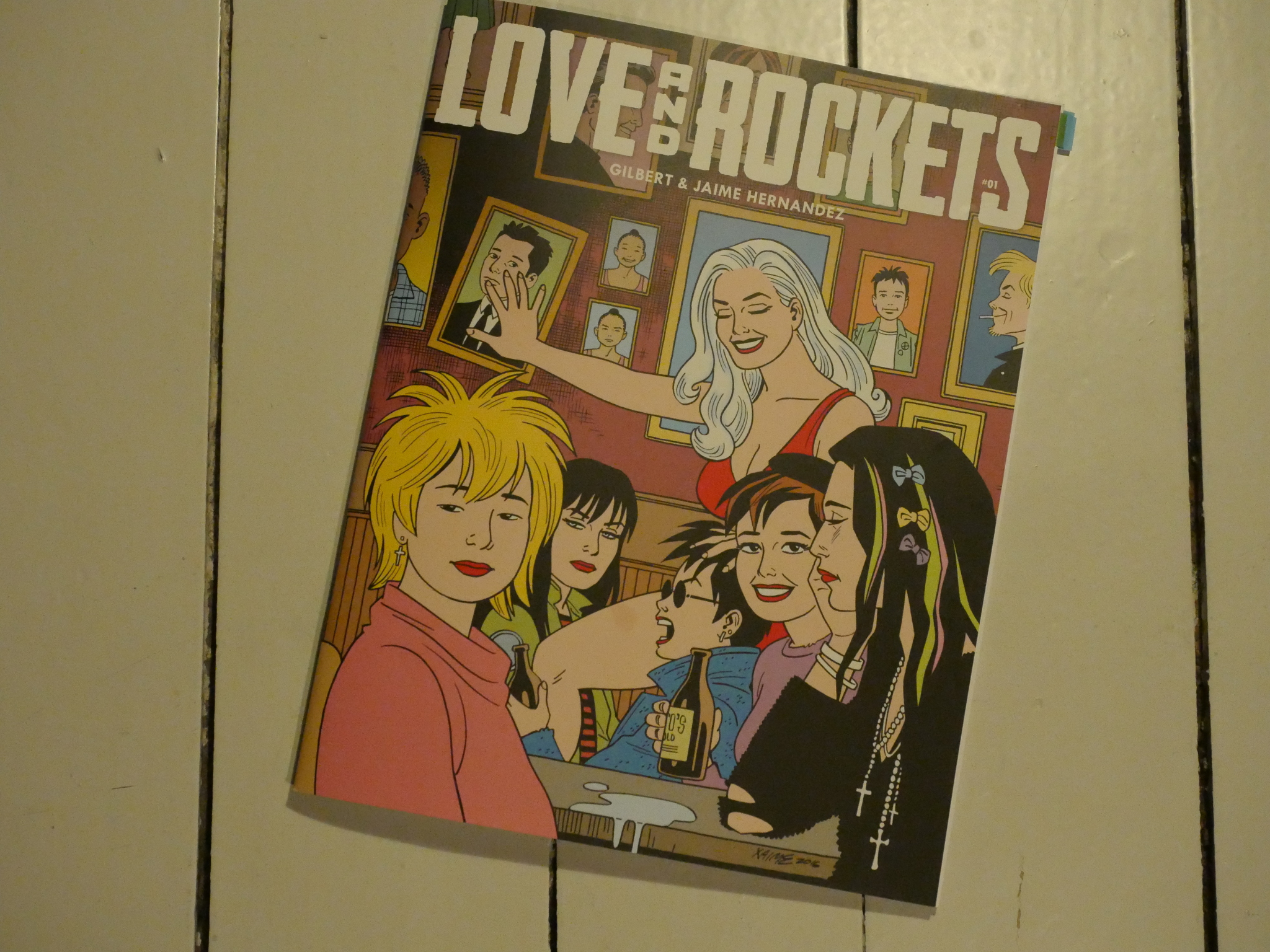 So here we are: The final post in this blog series about Fantagraphics comic book comics. And eerily enough, we end with the same series we started with: Love and Rockets. I didn’t plan this, but the first issue in the new series arrived the other week, and what better way to close than with a classic dramatic return to the original scene of the crime? 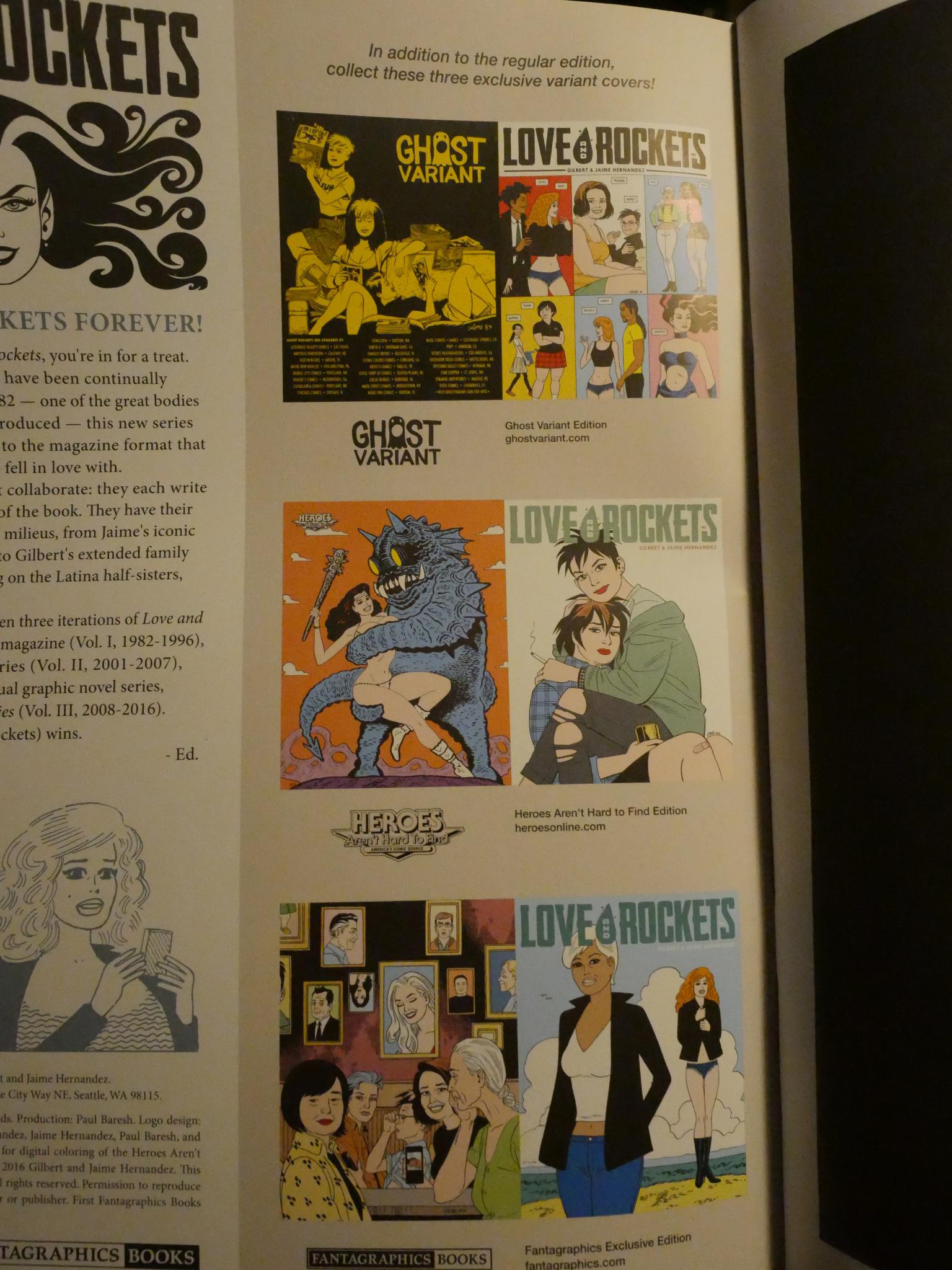 Fantagraphics are really getting in touch with modern times: Not only relaunching with a new #1, but variant covers! Step aside, Marvel! 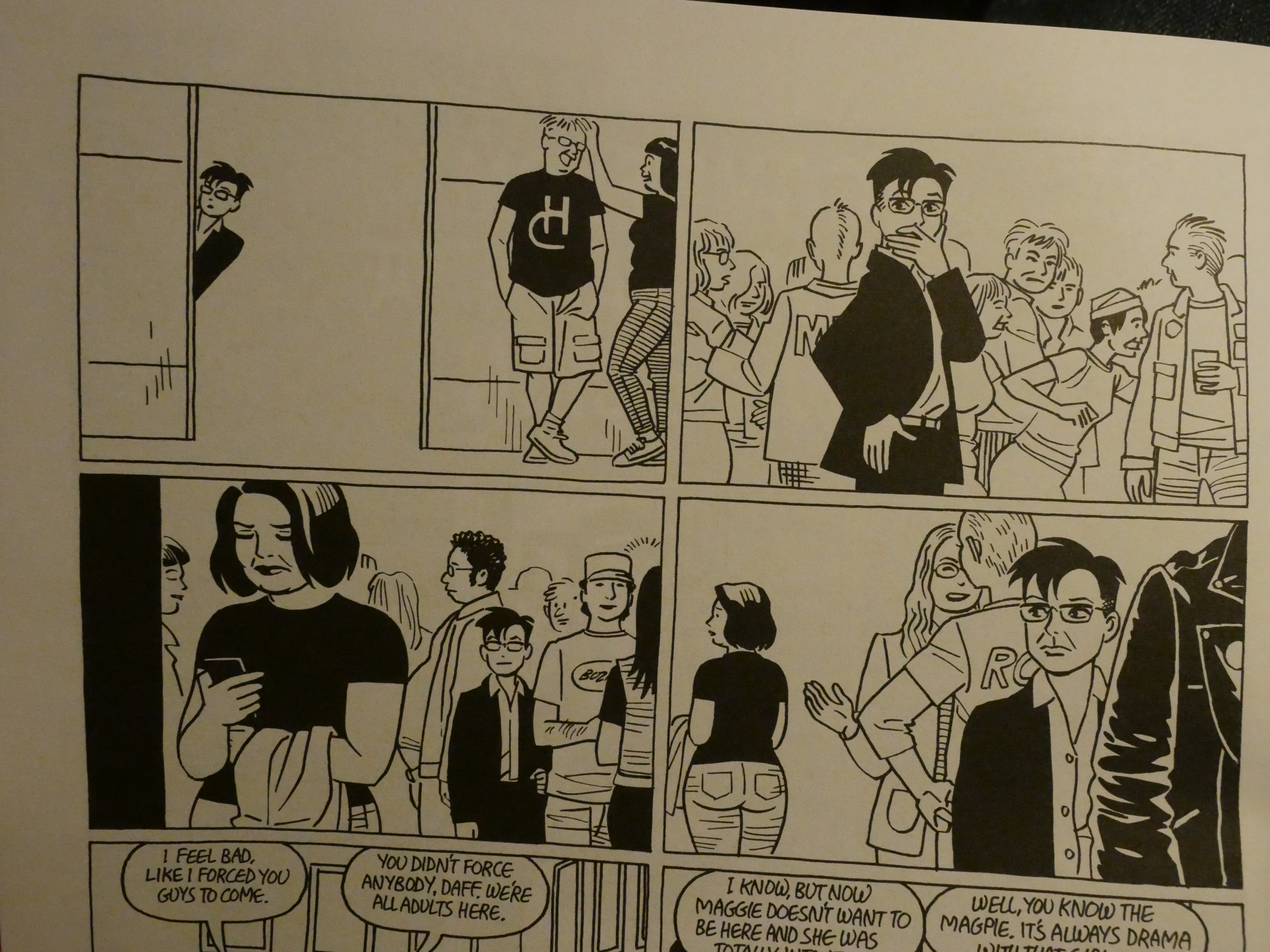 Jaime’s story starts off seconds after the last page from the previous volume. It’s both reassuring and perhaps slightly arrogant: Yes, it’s a statement that we’re just going to keep going, which reassures old people like me, and Jaime is apparently confident that new readers will just immediately find whatever’s happening here interesting. 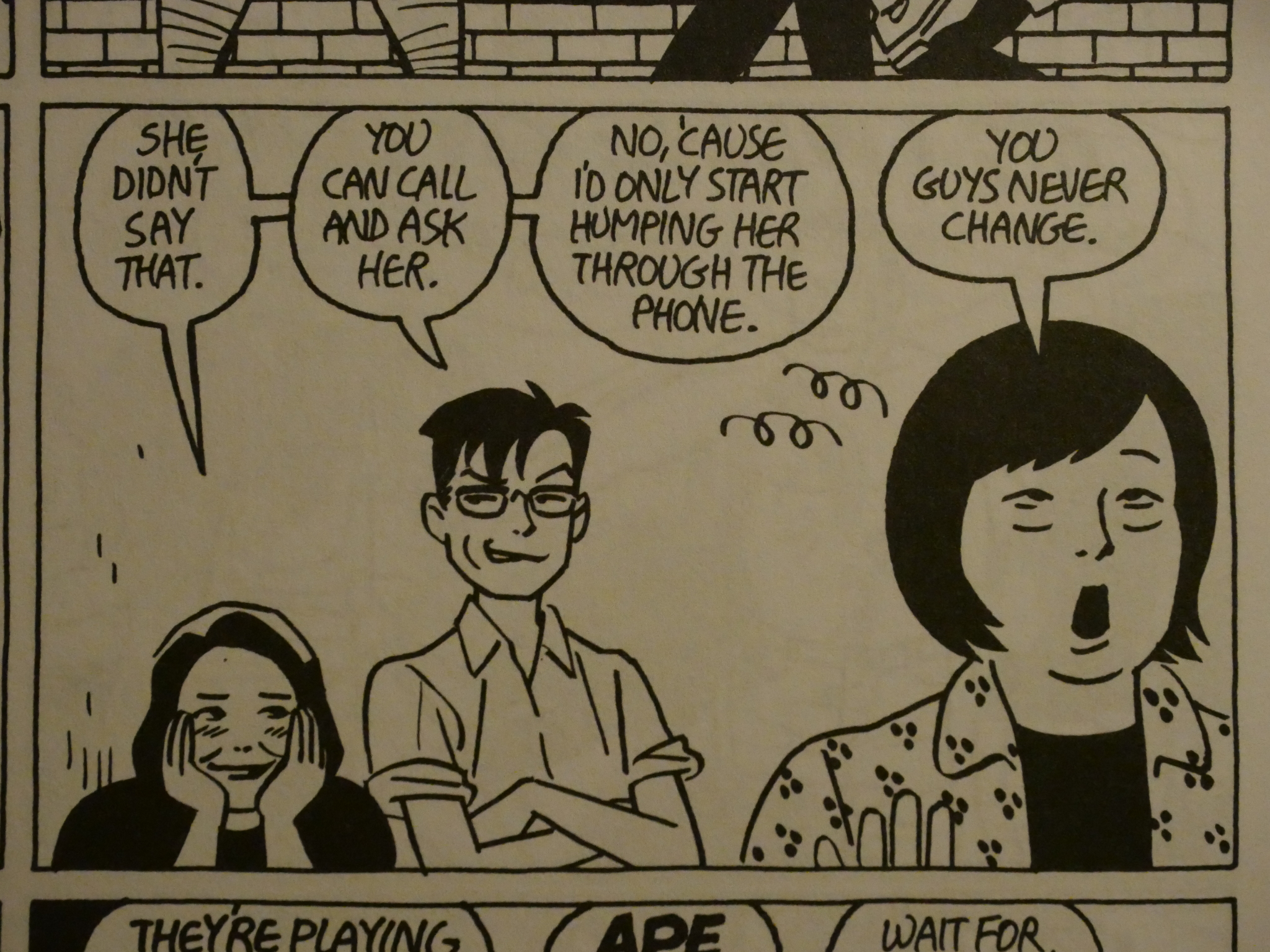 Which I think is correct. I think you don’t need to know who these people are at all to find this intriguing. I’ve been reading about them since I was, er, thirteen: They’ve basically been with me most of me life, and it’s difficult to disentangle nostalgia from other feelings, but: I loved this little story. To bits. 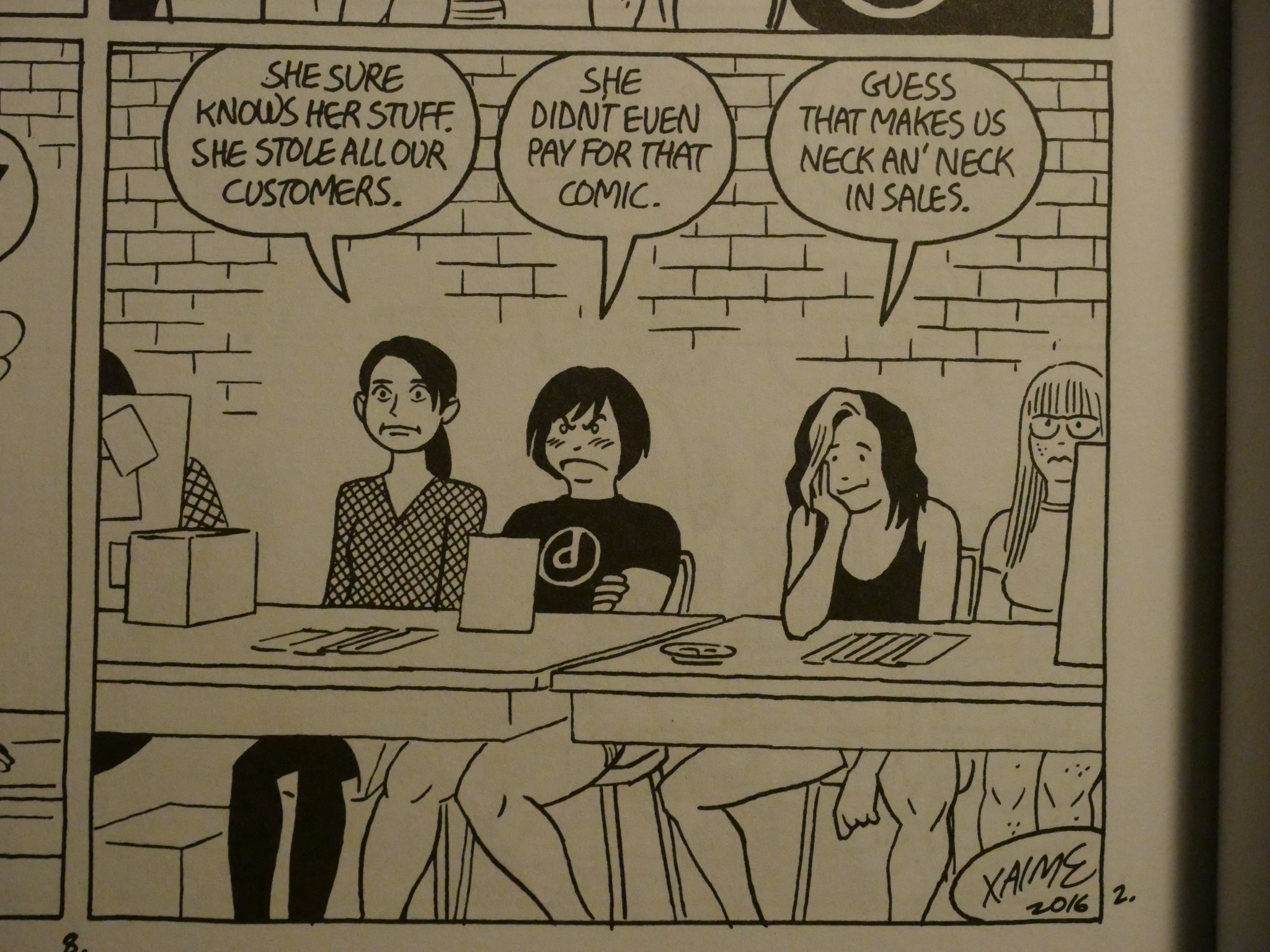 And Jaime also sorta reintroduces us to these younger characters, and relatably enough puts them at a comics convention. Aww. 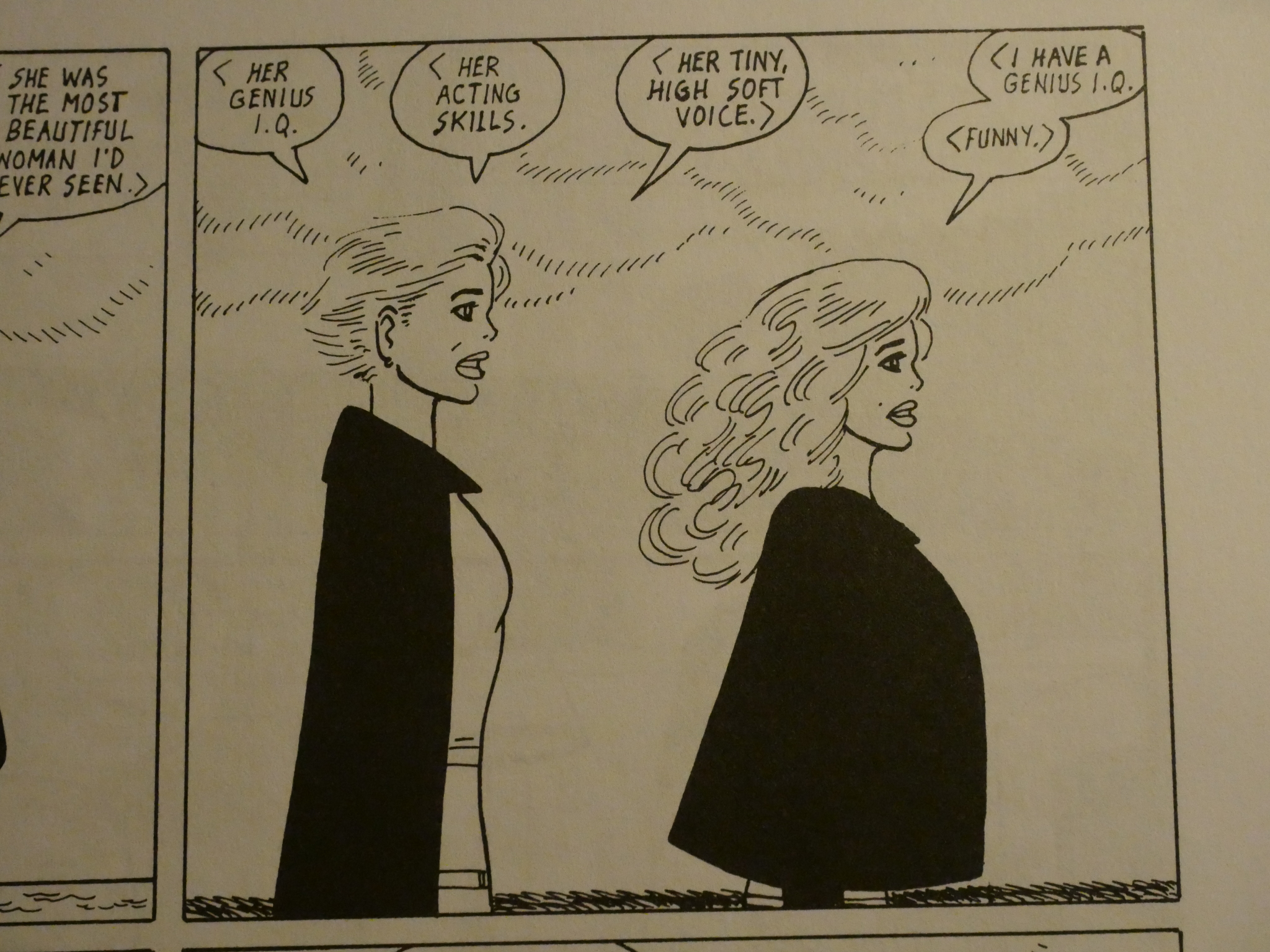 I was wondering what Gilbert was going to do: Something new and whacked out, something Palomarish, or continue the endless Fritzian odyssey? We seem to be going with the third option… 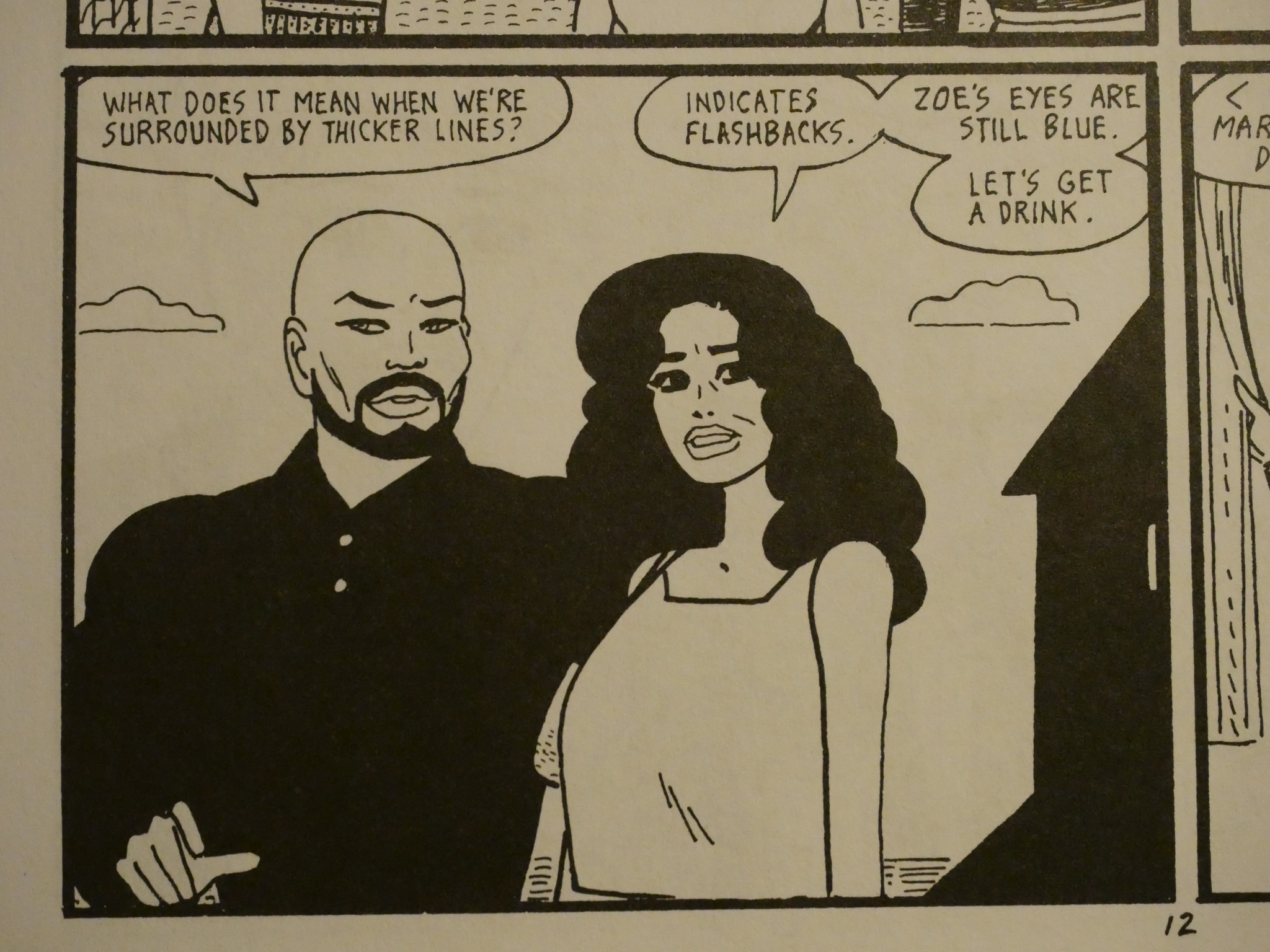 … but then Gilbert drops these metatextual things into the mix. So it’s an even wackier Fritz thing than usual. 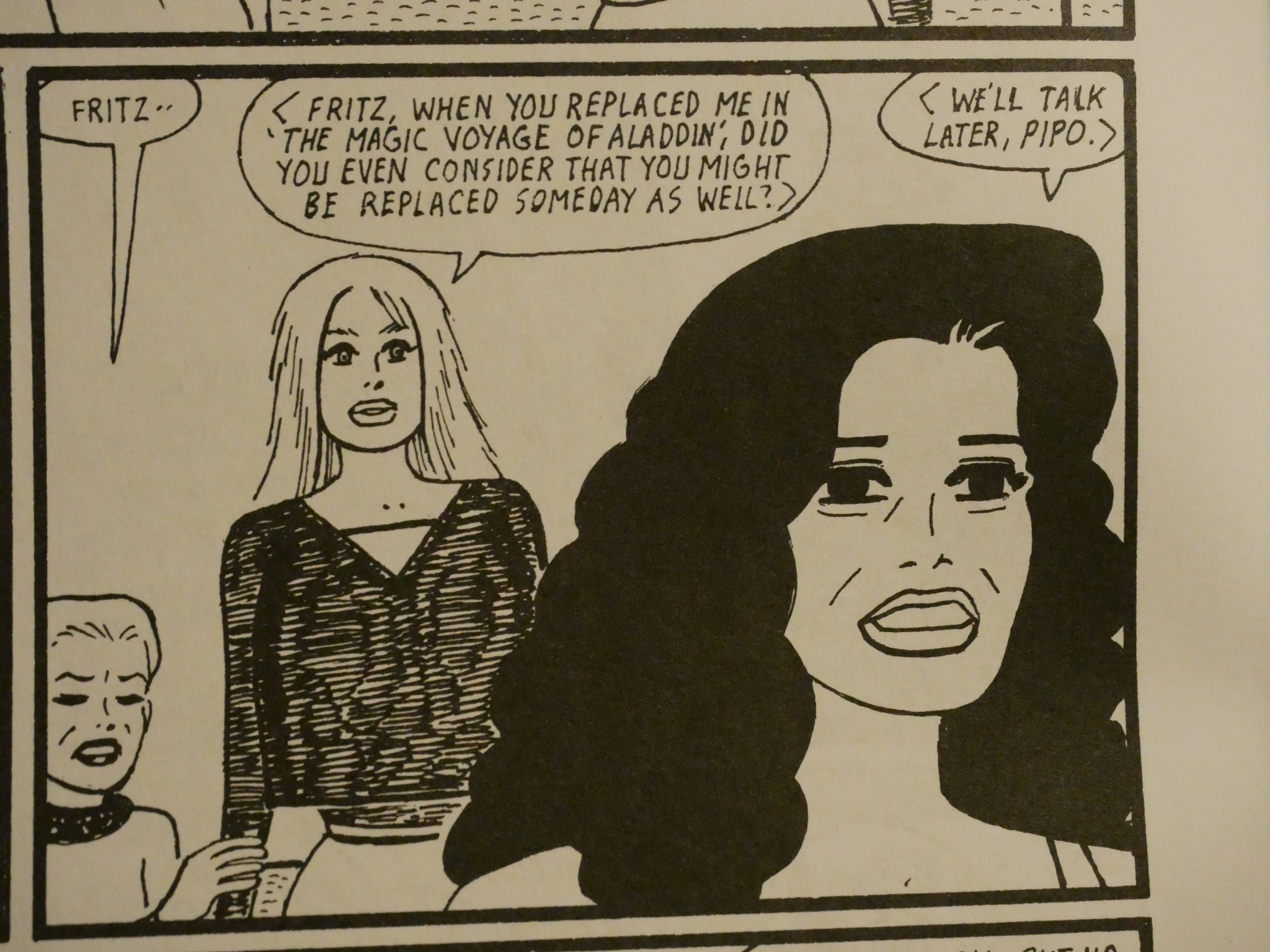 (The lettering here and there looks badly reproduced: Like it was scanned at very low resolution.) 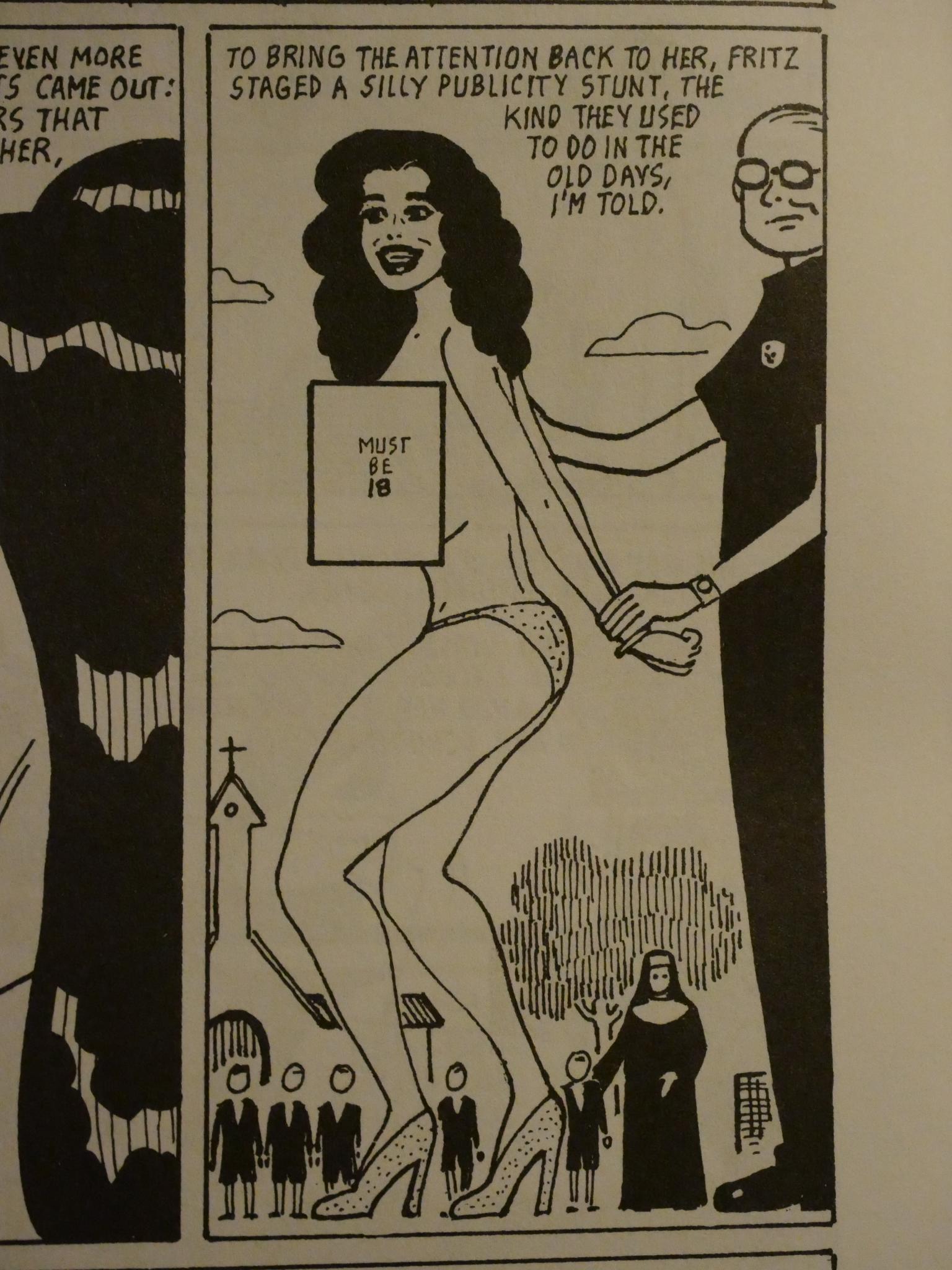 Gilbert has been very playful lately, especially with the recent Blubber series. It’s very X-rated, and I wonder whether his heart is more there than in trying to keep up with the complex Fritz mythology. 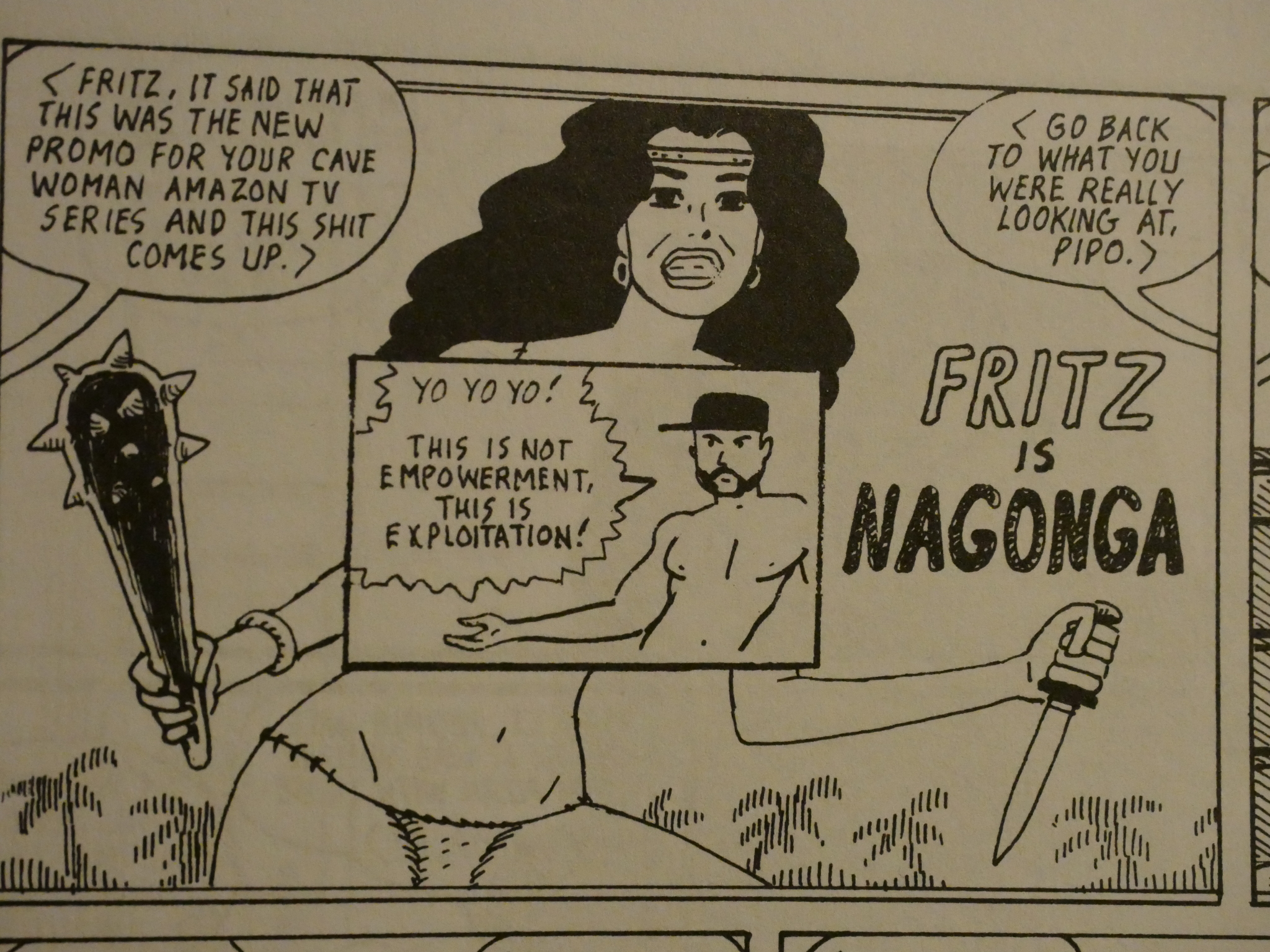 After a lot of tits with “must be 18” boxes over them, we get this one. I think he’s working off some aggression towards some critics with this tomfoolery.

So it’s a fun new episode, but it’s even more confusing than normal, because Fritz has all these dopplegangers, and they have all now changed their names. I think I basically knew who everybody was at all times.  Possibly.  I’m not overly confident that this is all going to cohere to something significant in the end, though. 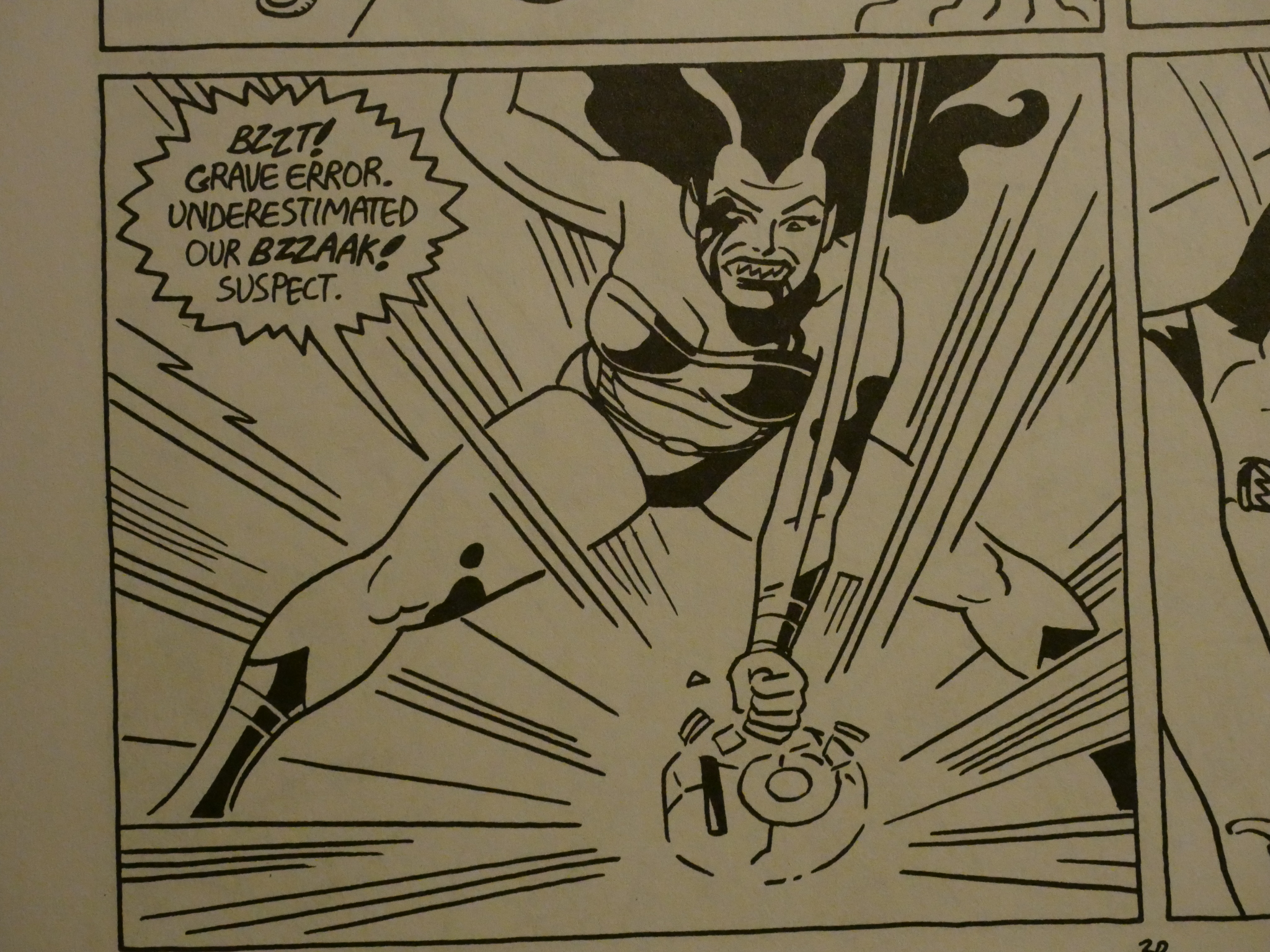 And then Jaime ends the issue with a fun and slightly obscene superhero goof. With no “must be 18” signs anywhere!

So that’s it! This blog series is over! You can all breathe a sigh of relief! No more endless nattering on about old comics that nobody has heard of, and which are mostly impossible to get a hold of these days.

Freedom! But I may do one summing up article with an index to the previous posts.

And then I’m probably not going to be reading any comics for the next few months.