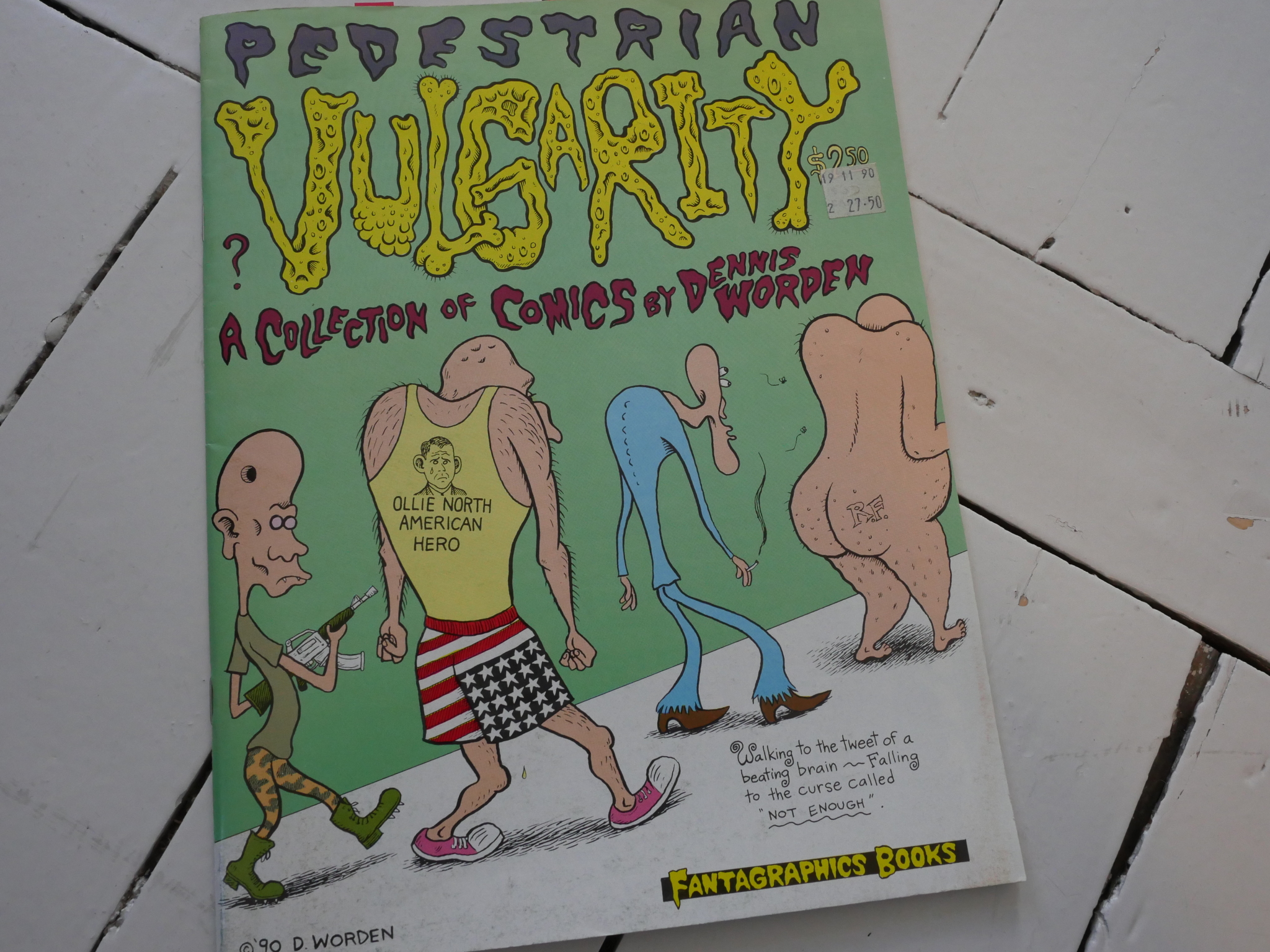 Another one of those one-off magazines that Fantagraphics published at random during the late 80s and early 90s. This time it’s a collection of mostly one-page funny strips by Dennis Worden, who is best known for doing Stickboy for quite a while.

There’s only one page of stick persons in this book, and it’s all a bit random…

First of all, that title: 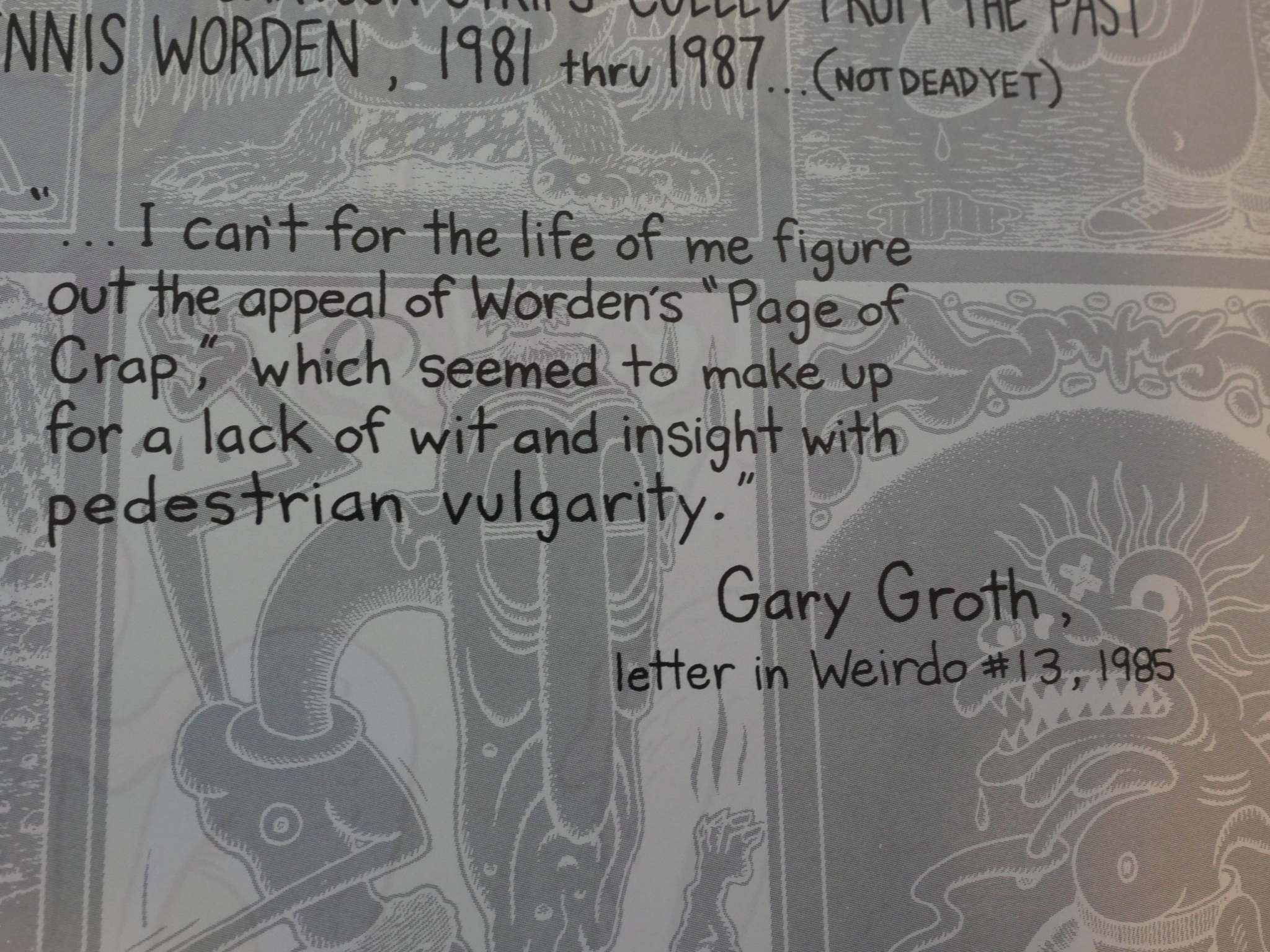 So it makes perfect sense to call this magazine that. But is it pedestrian? 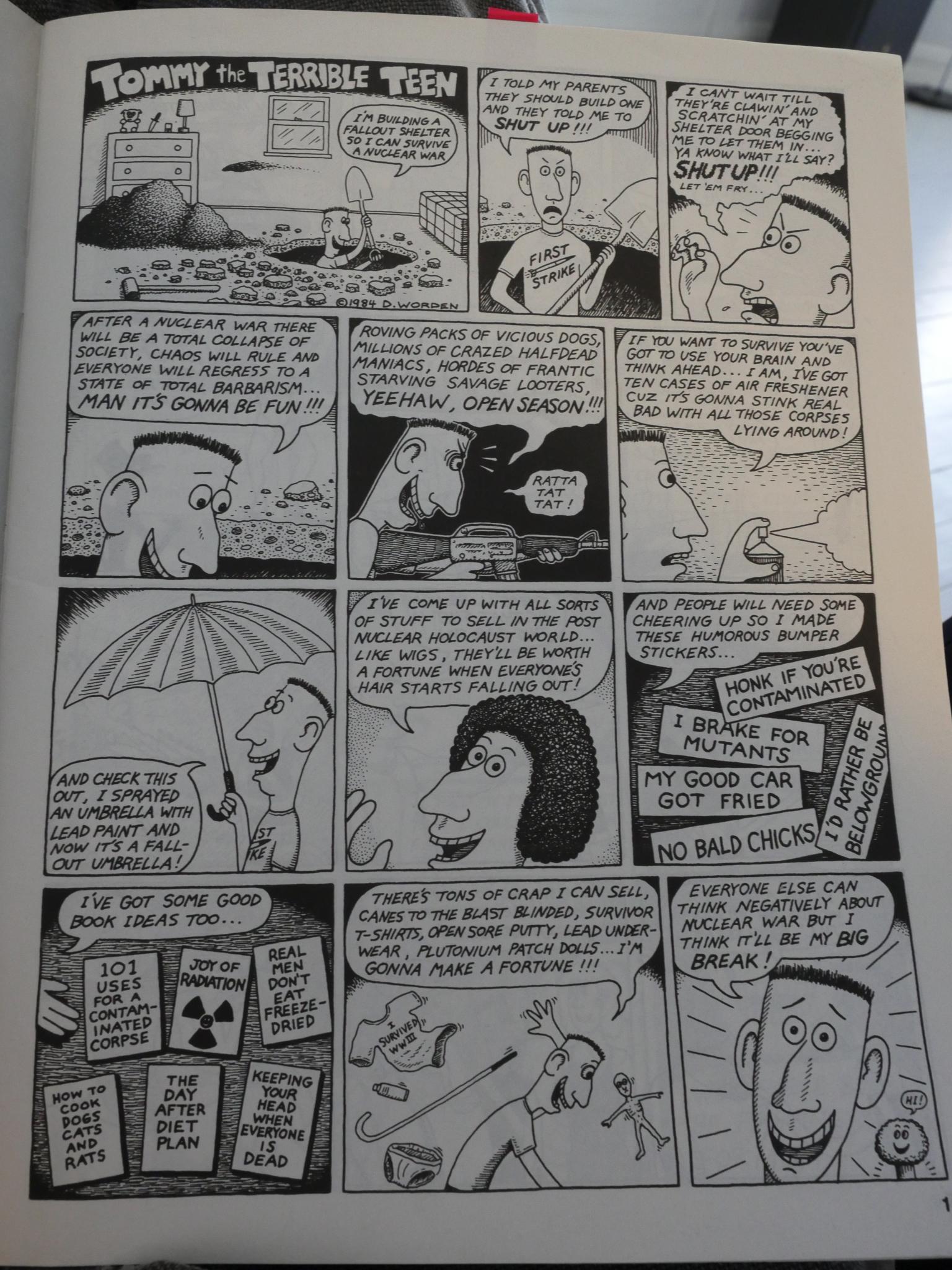 Worden anticipates the present fascination with zombies, only the 80s version is a nuclear holocaust, of course. 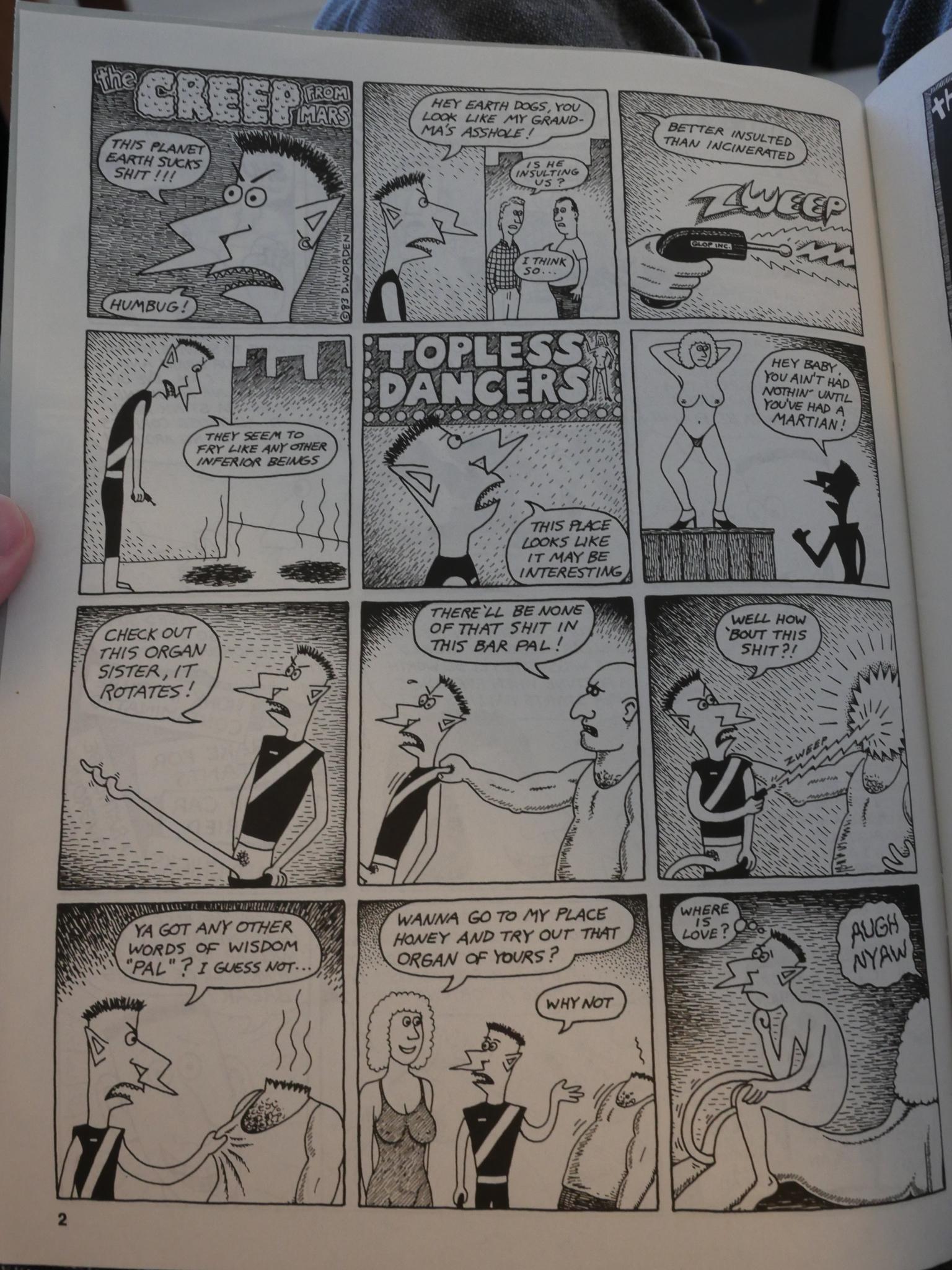 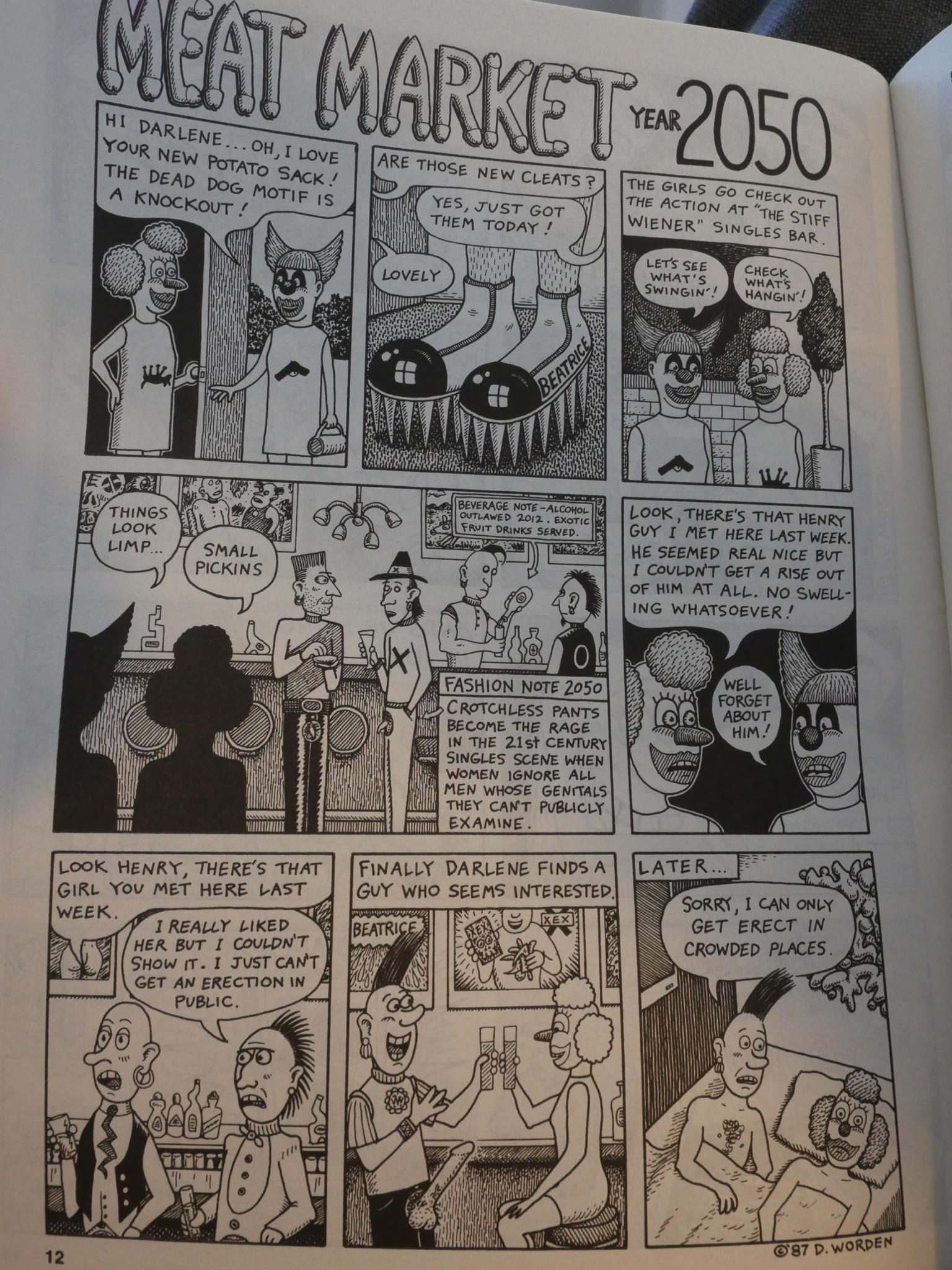 Hm, my selection of pages here perhaps makes this book seem less random than it is. It’s pretty random.

There’s no indication that this was supposed to be a serial comic other than it saying “#1” in the indicia. And it’s a collection of randomness from a seven year period, so perhaps it’s not meant to be?

In that case, it’s an awful strange thing to be publishing in floppy format. It is quite amusing, though.