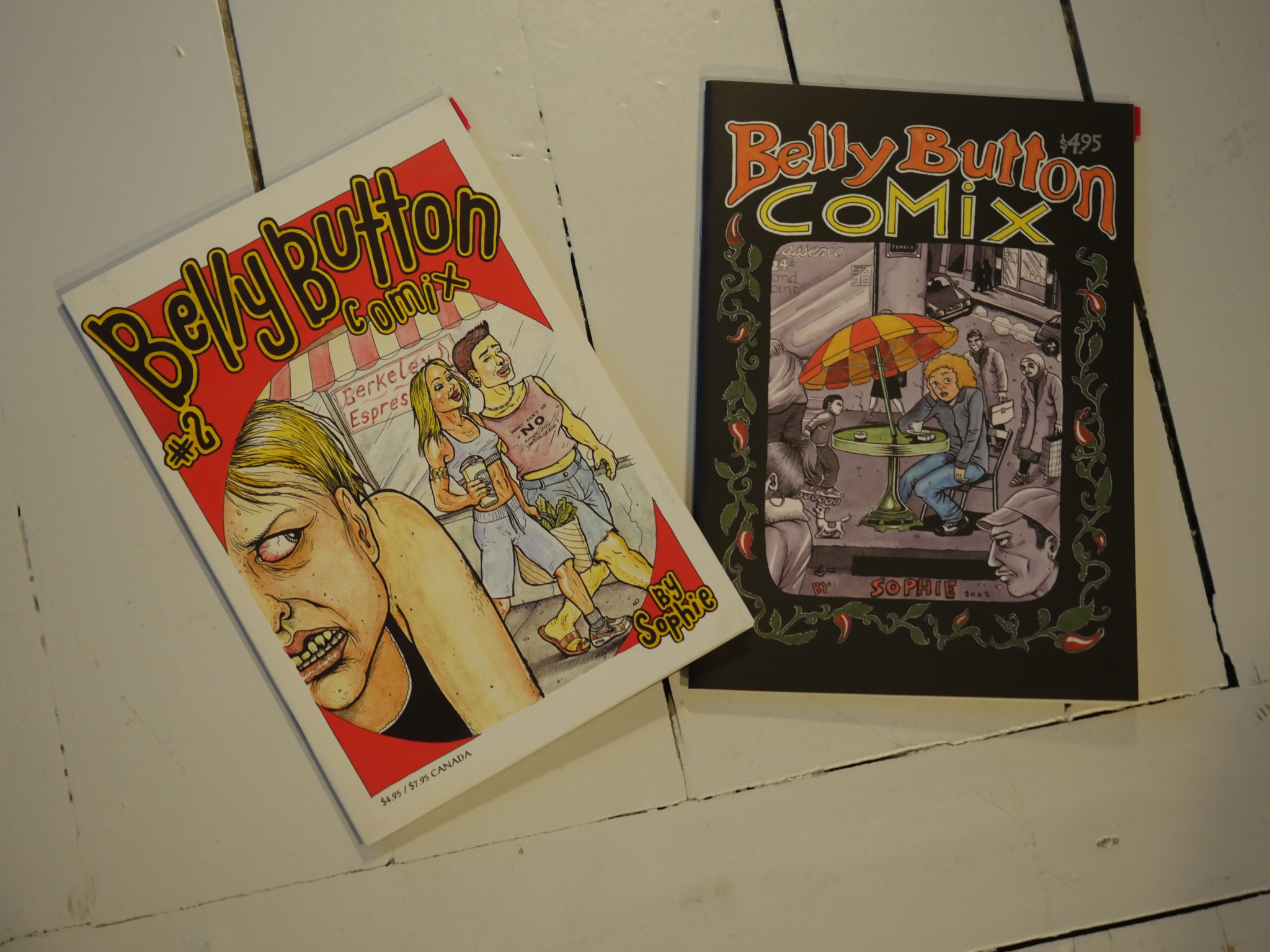 It’s fun to see how Crumb’s artwork evolves over these two issues, created while she was between 19 and 22, I think. 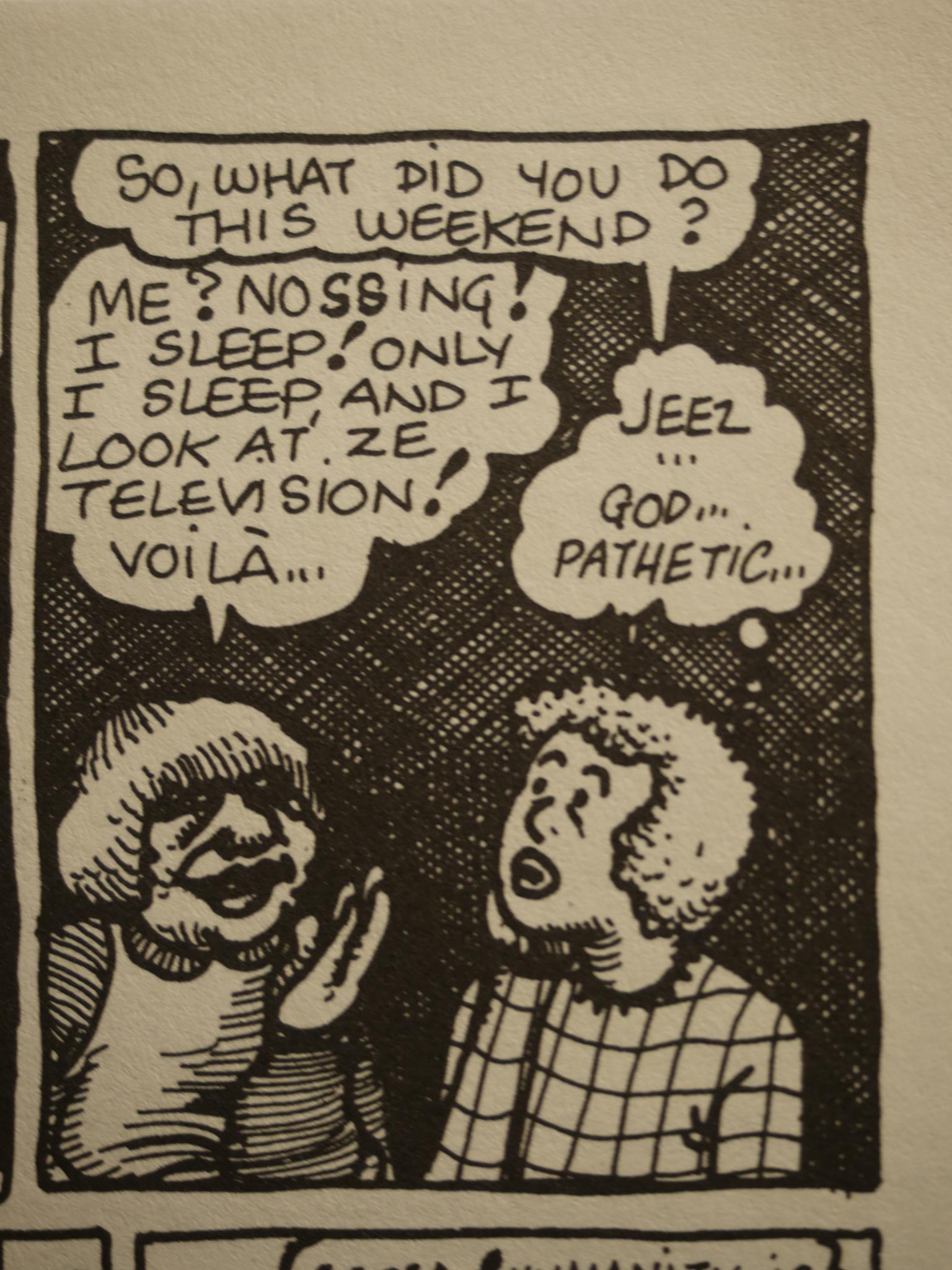 Crumb’s trying out a lot of styles, like this very late-60s underground bigfoot style. 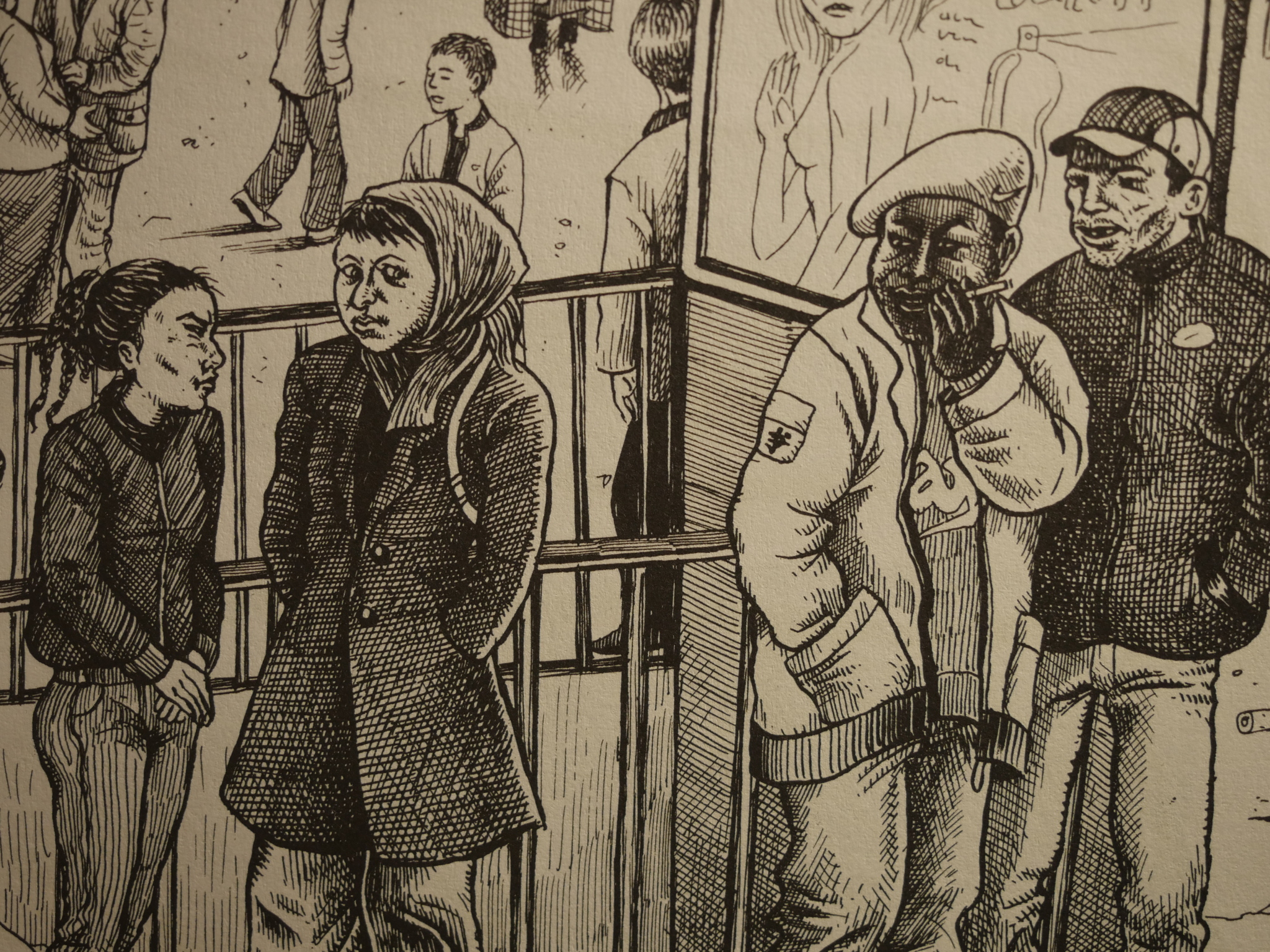 And then a very worked-at realistic illustration. 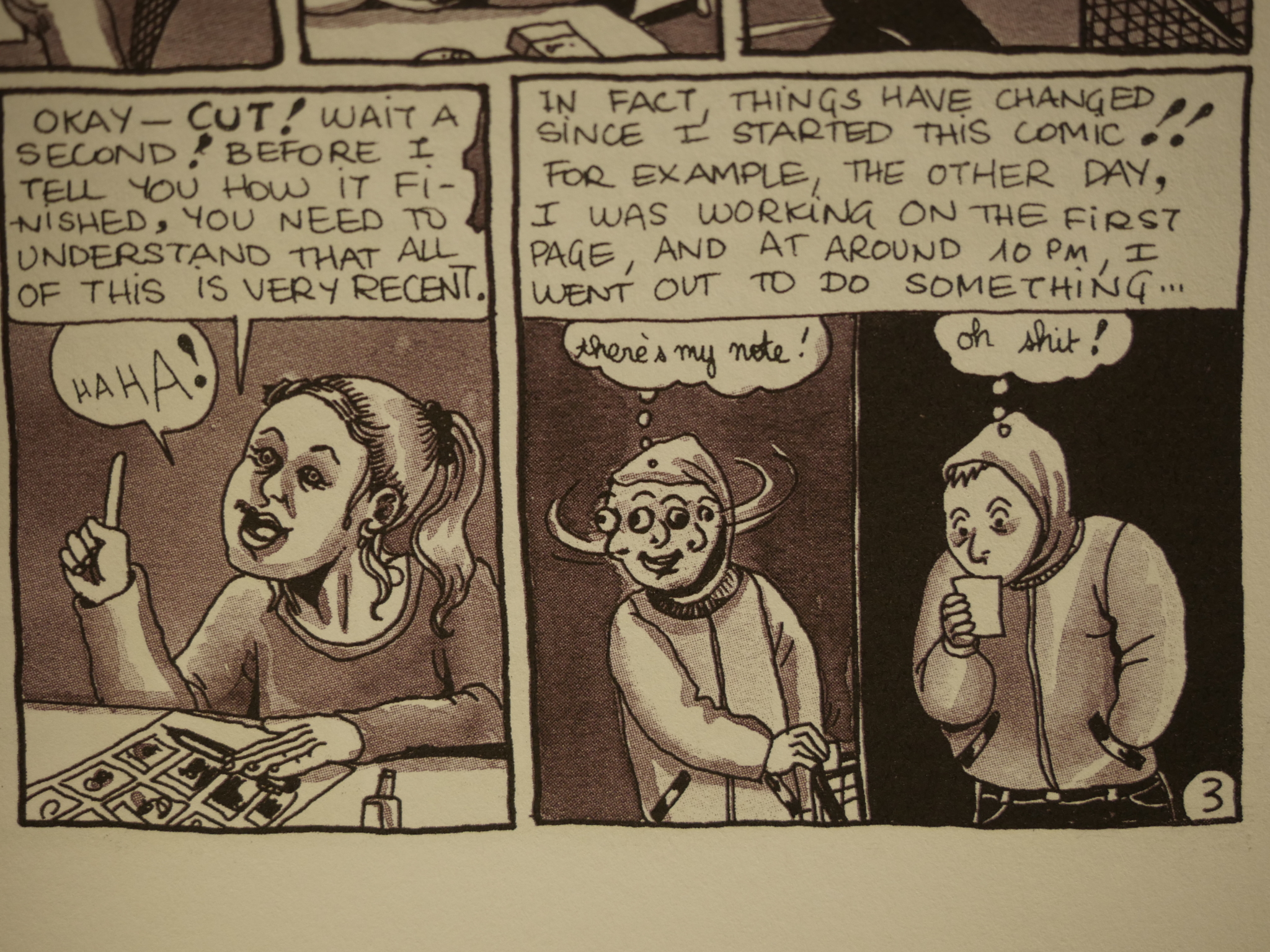 Anyway, the stories are solidly in the autobiographical genre, and amusingly enough the making of the comics becomes an issue in the stories themselves. In this story she started drawing the comic before the story had “finished”, so she has to backtrack a bit and then tell us the rest. At the end she promises to keep us posted on what’s happening next. 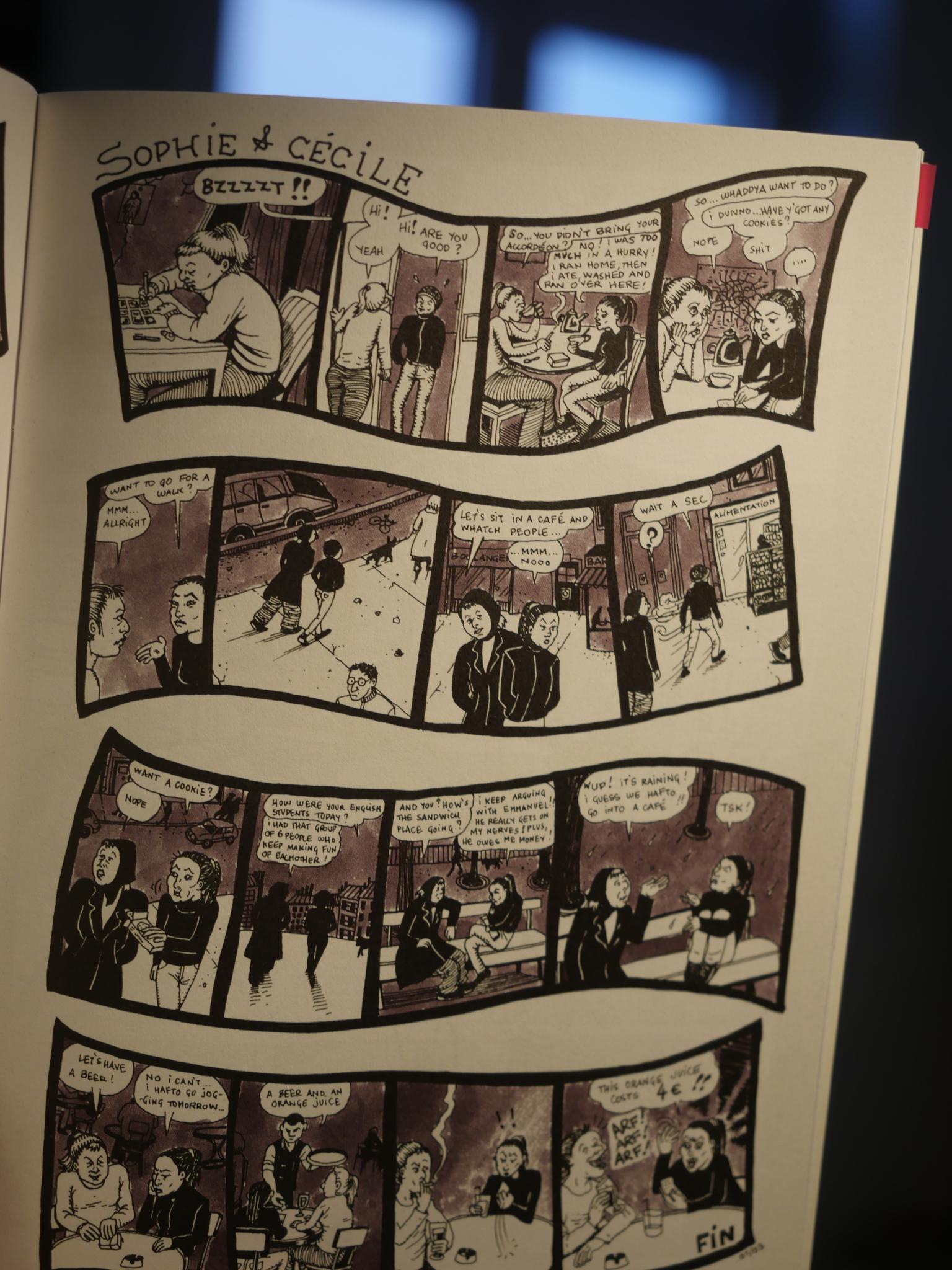 Some of the other pieces are relatively minor, though, like this one which seems very… accurate. 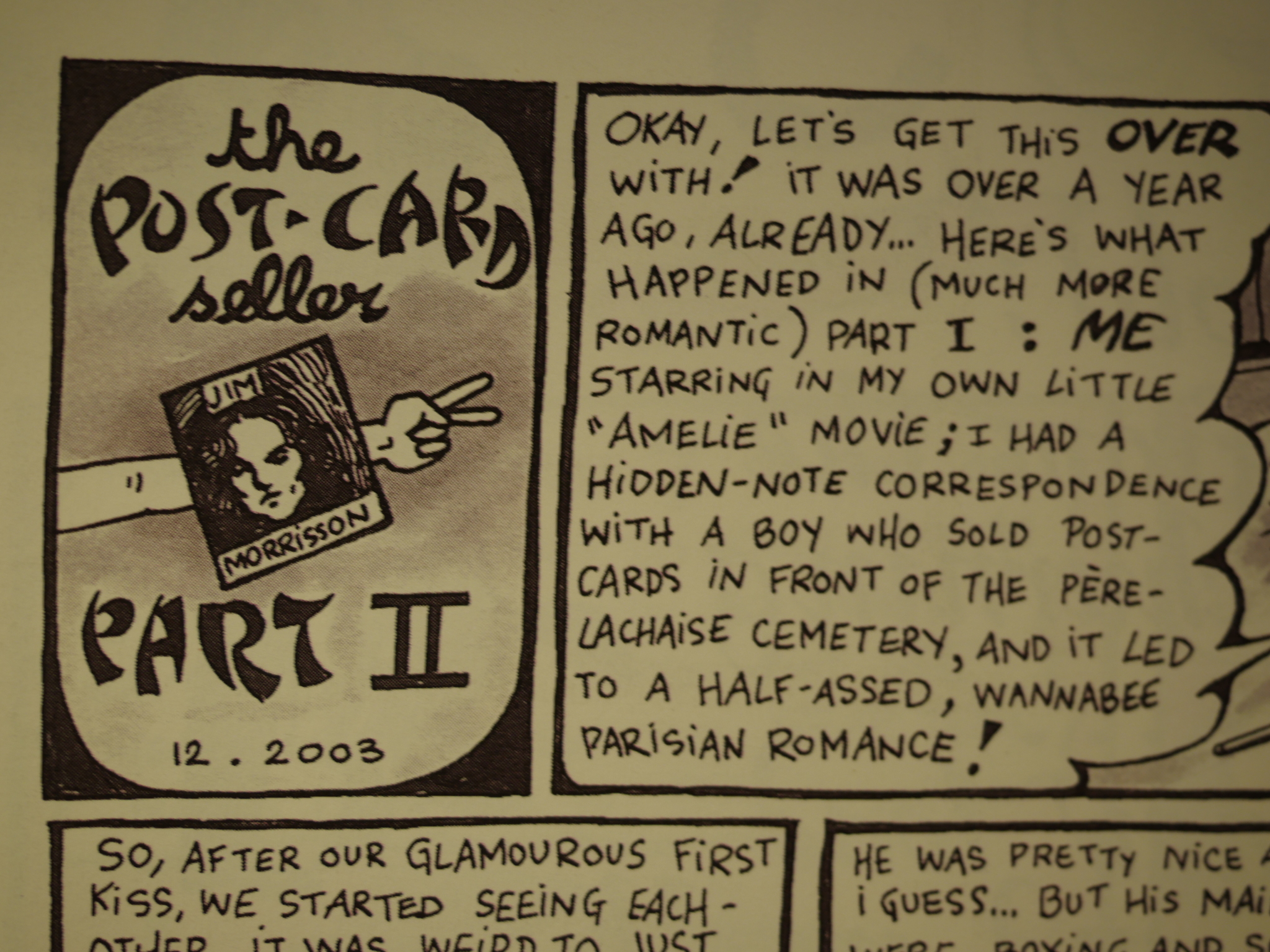 In the second issue we get the conclusion to the longer story, but it’s a bit of a let-down. No Amelie-like ending. 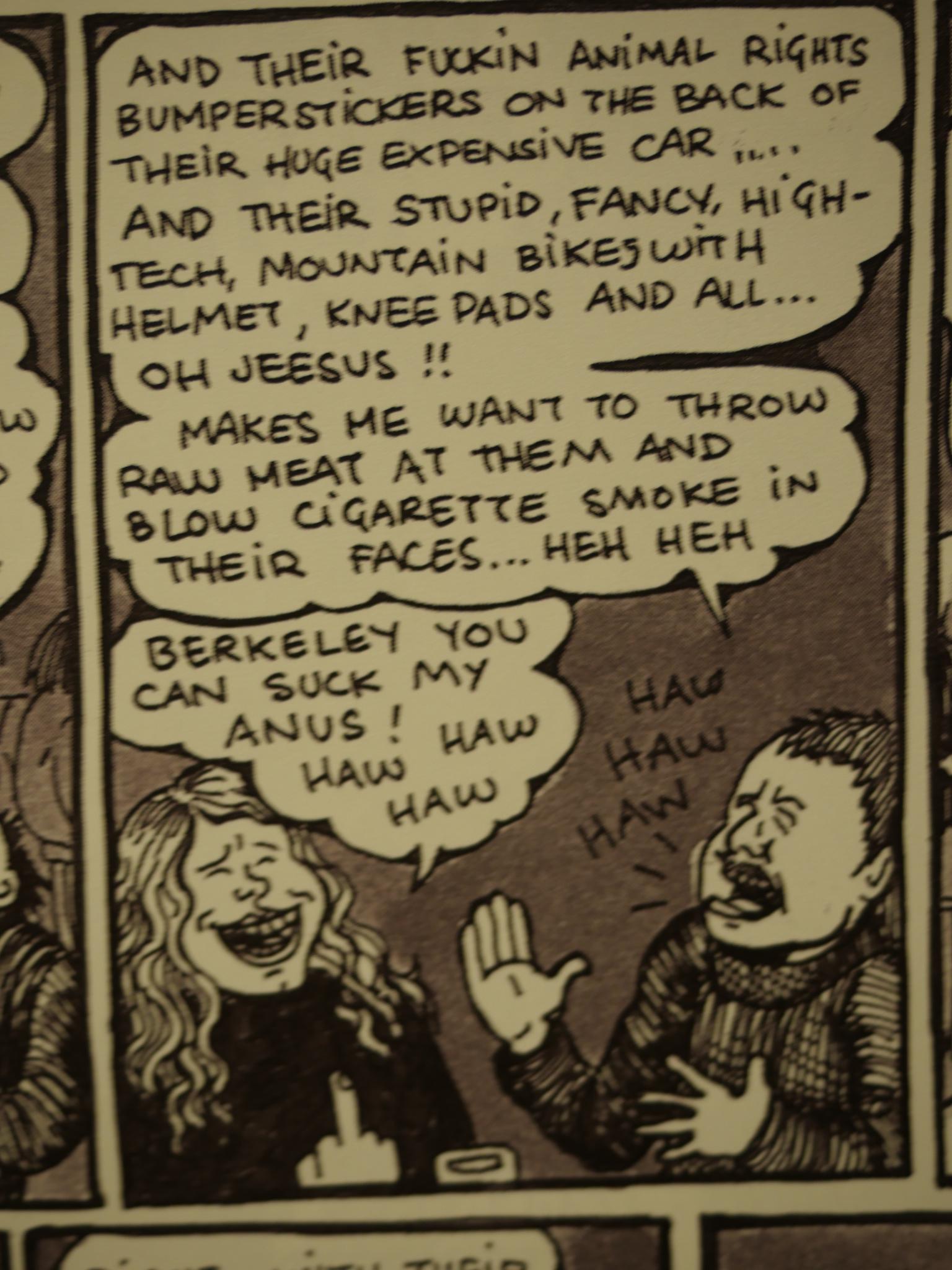 The first issue took place in France, and then Crumb moves to the US. 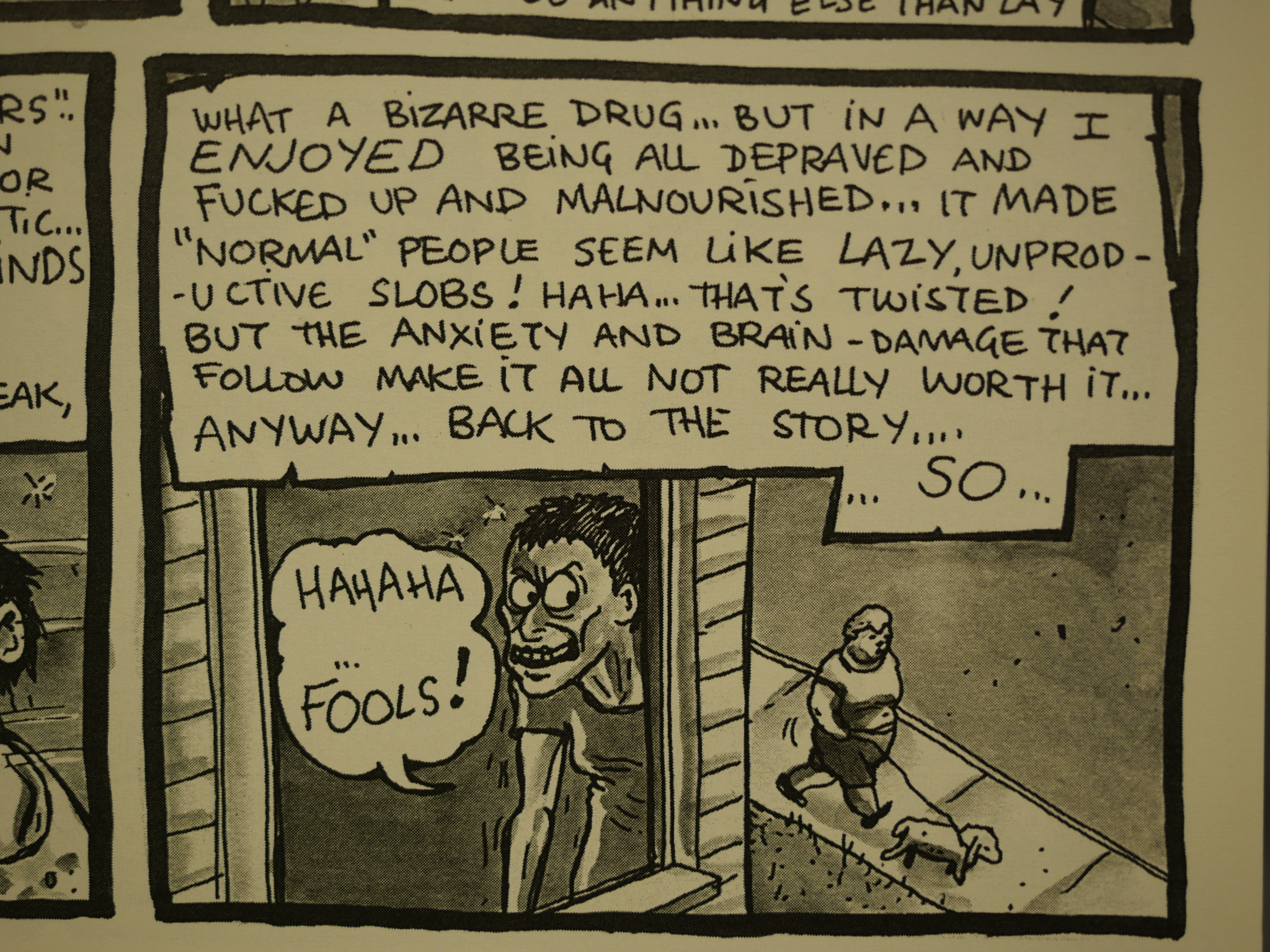 And gets into drugs. Most of the second issue is about doing lots of drugs (meth, acid, cocaine) and hanging out with various people who are very enthusiastic about drugs.

Then there are no more issues, and I remember thinking back then, “whatever happened to…”, and she apparently moved to New York, became a tattoo artist, lived on the street for a while, and then moved back to France.

Her book, Evolution of a Crazy Artist was released in 2010, but she doesn’t seem to have published anything after that.