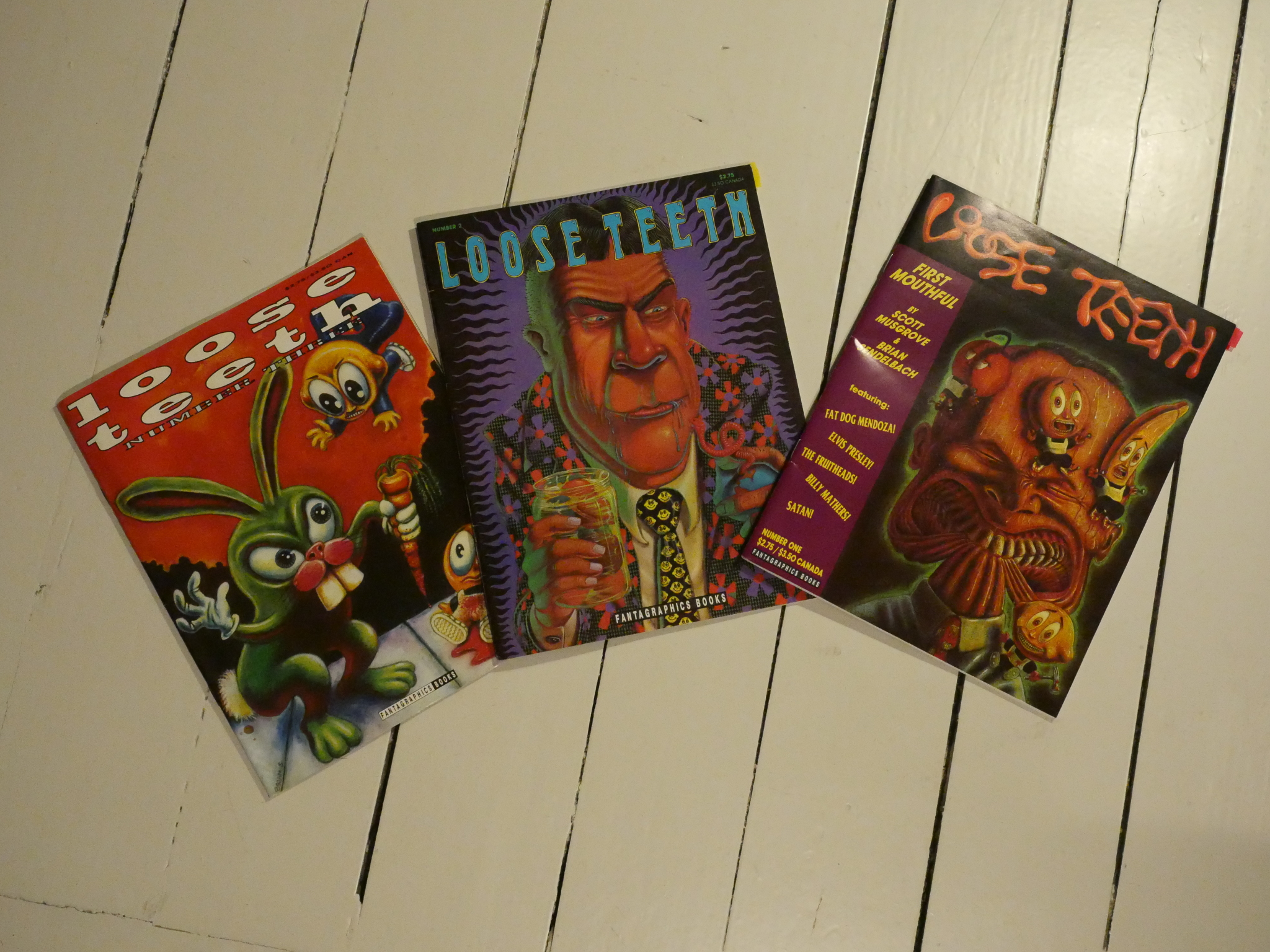 Both Musgrove and Sendelbach had appeared in various anthologies before doing Loose Teeth together. This series has solo pieces from both of them, but they also collaborate on a number of stories. 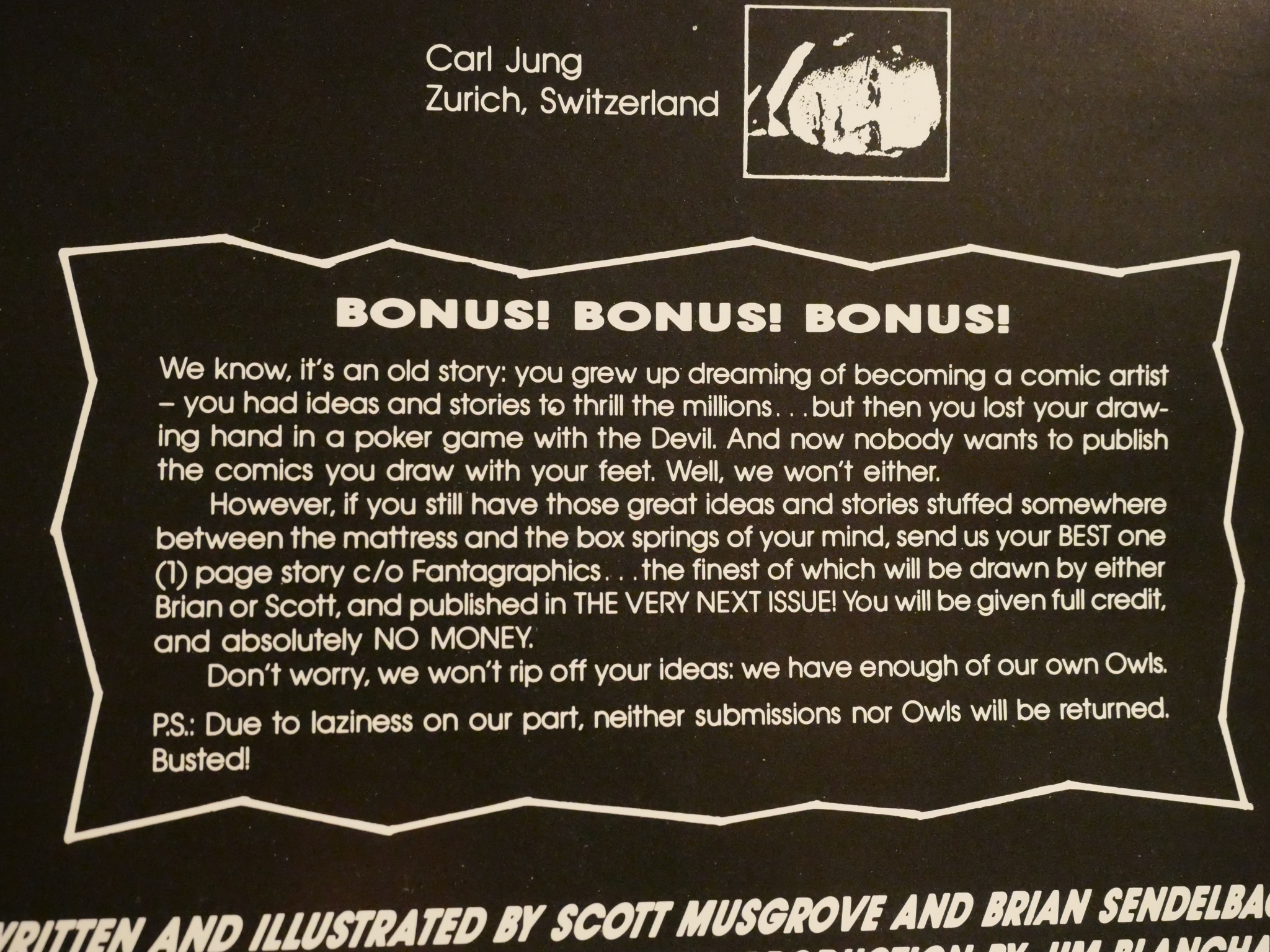 The first issue opens with a competition of sorts: Readers are invited to send in scripts for one-page stories and Musgrove or and Sendelbach will illustrate them. 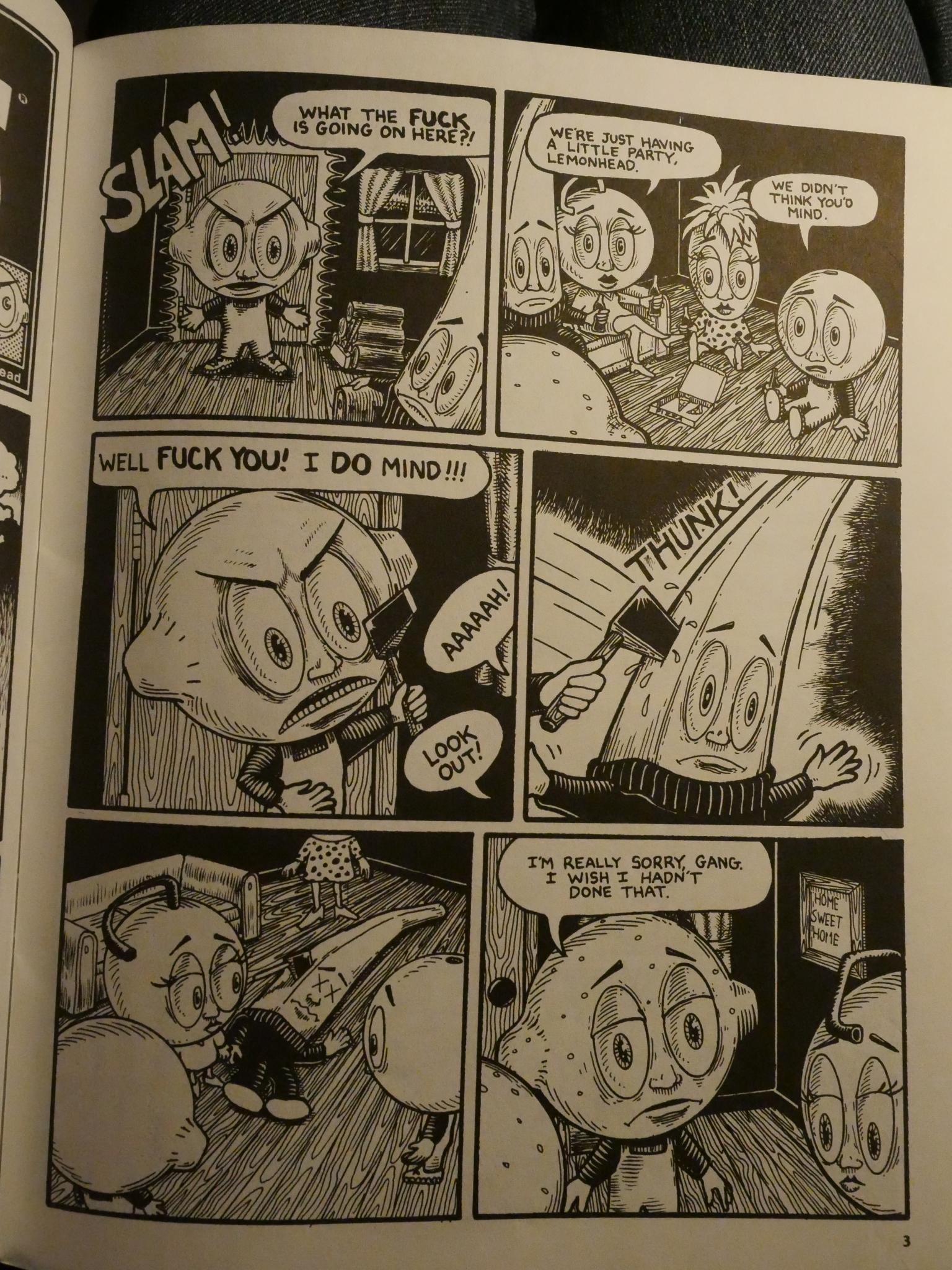 Loose Teeth is a humour anthology, of course. A quite violent one. These recurring characters, The Fruitheads, are maimed and killed over and over again. 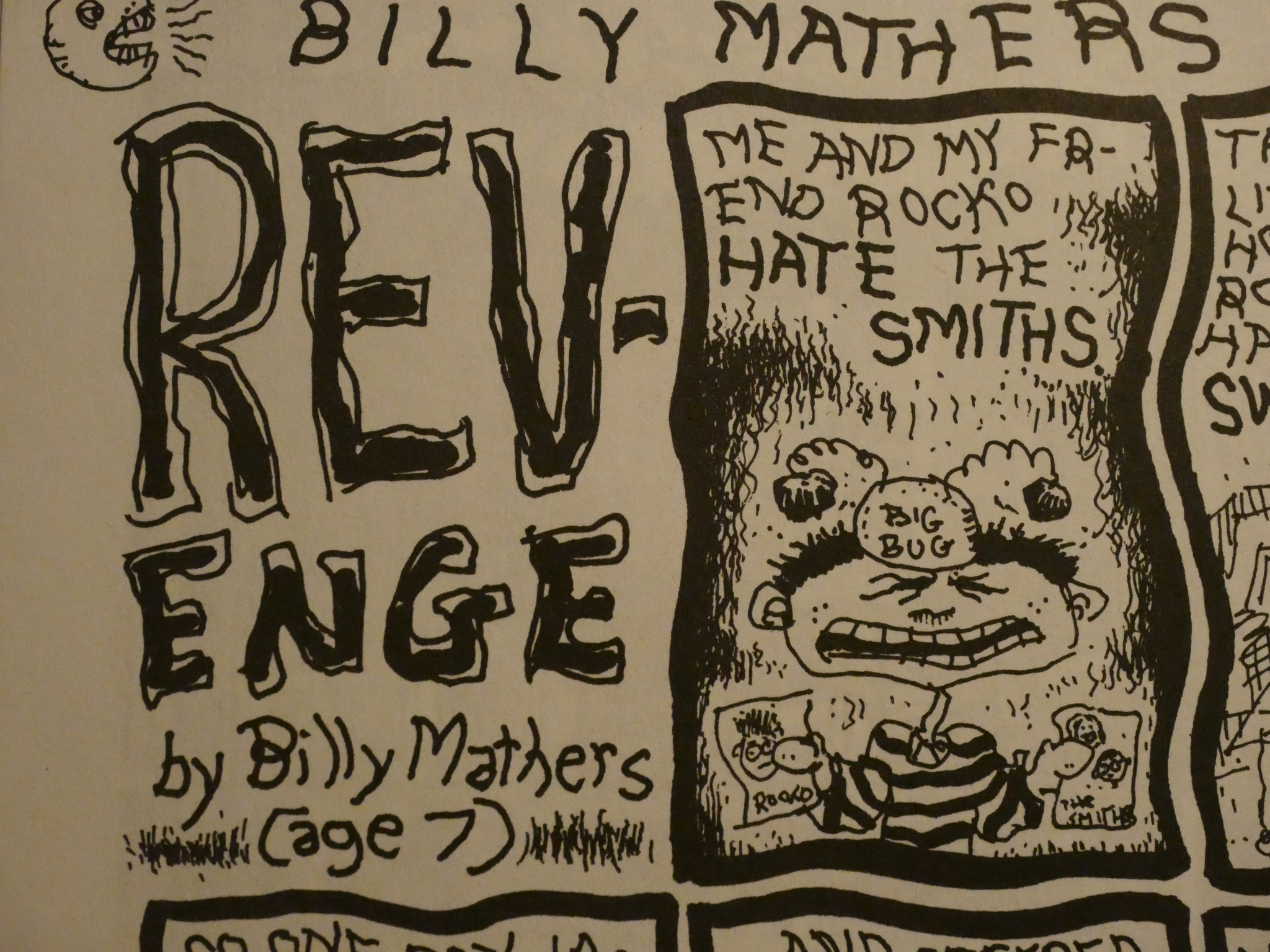 The art styles vary quite a bit from piece to piece. You have these quite amusing stories allegedly written by a seven-year-old in this scrappy, scratchy style. 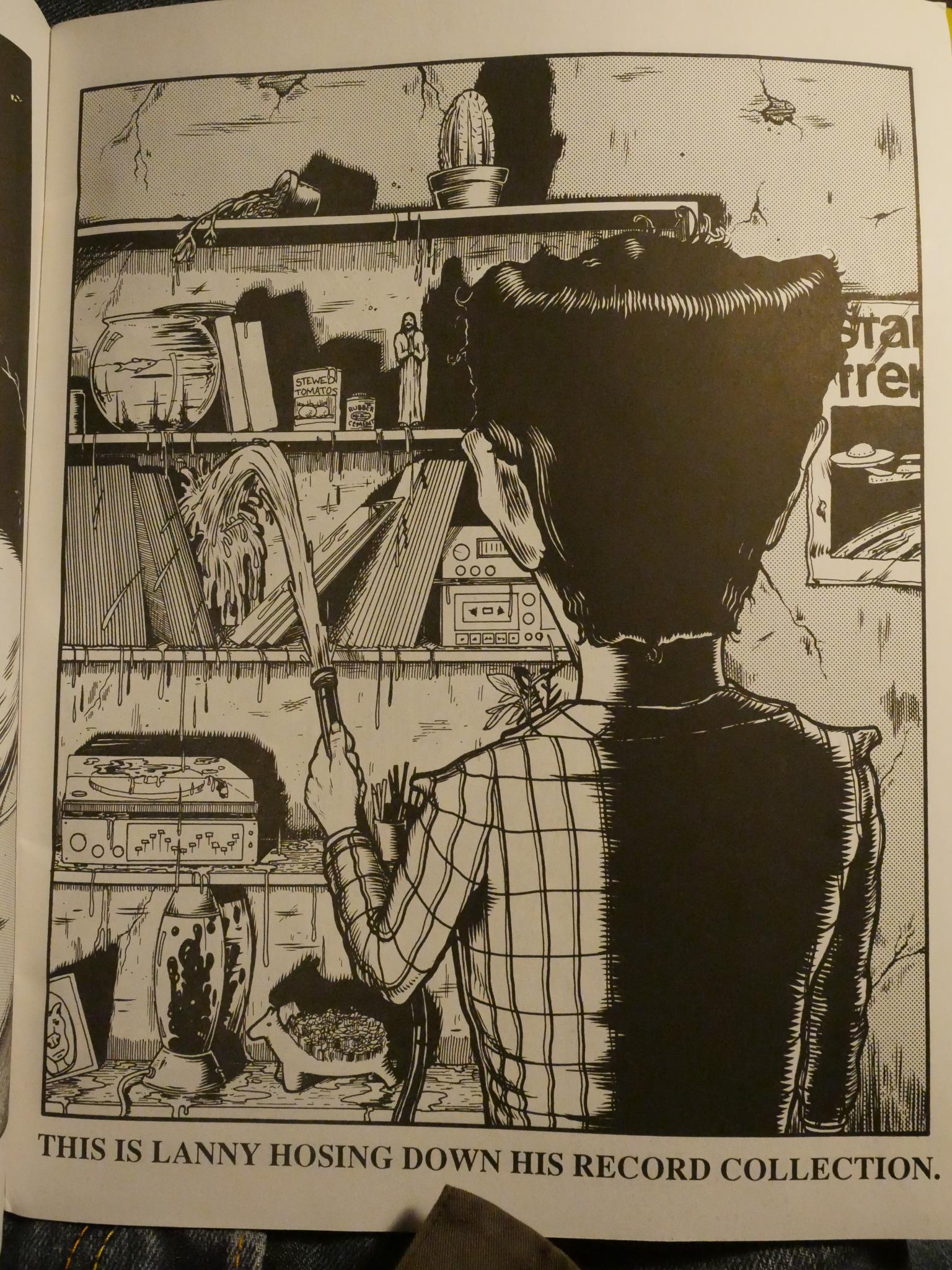 But you also have this more carefully worked-at early-Baggesque style for several stories. (Not that Peter Bagge would ever use such dadaesque humour.) 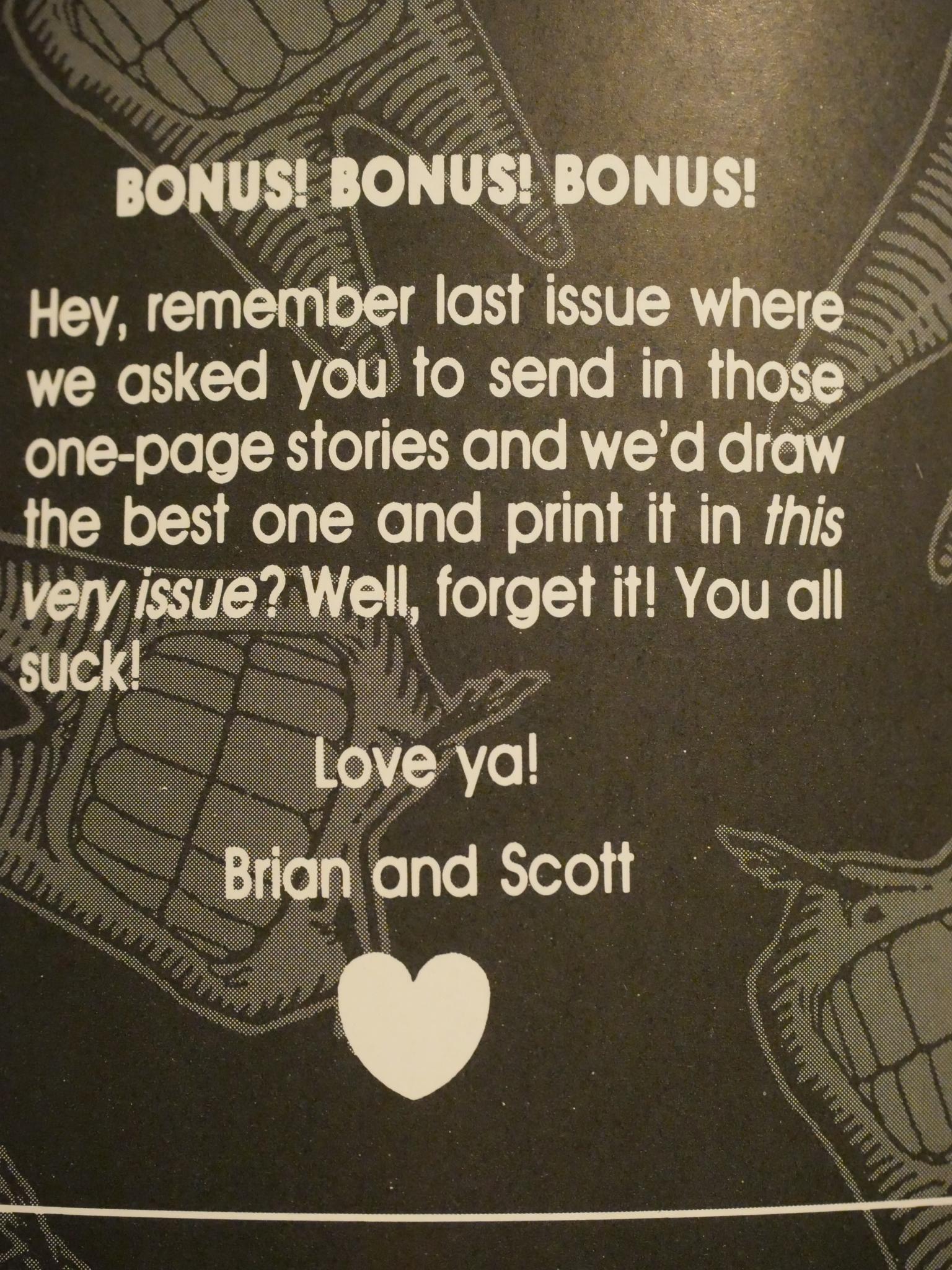 Apparently nobody entered the competition… 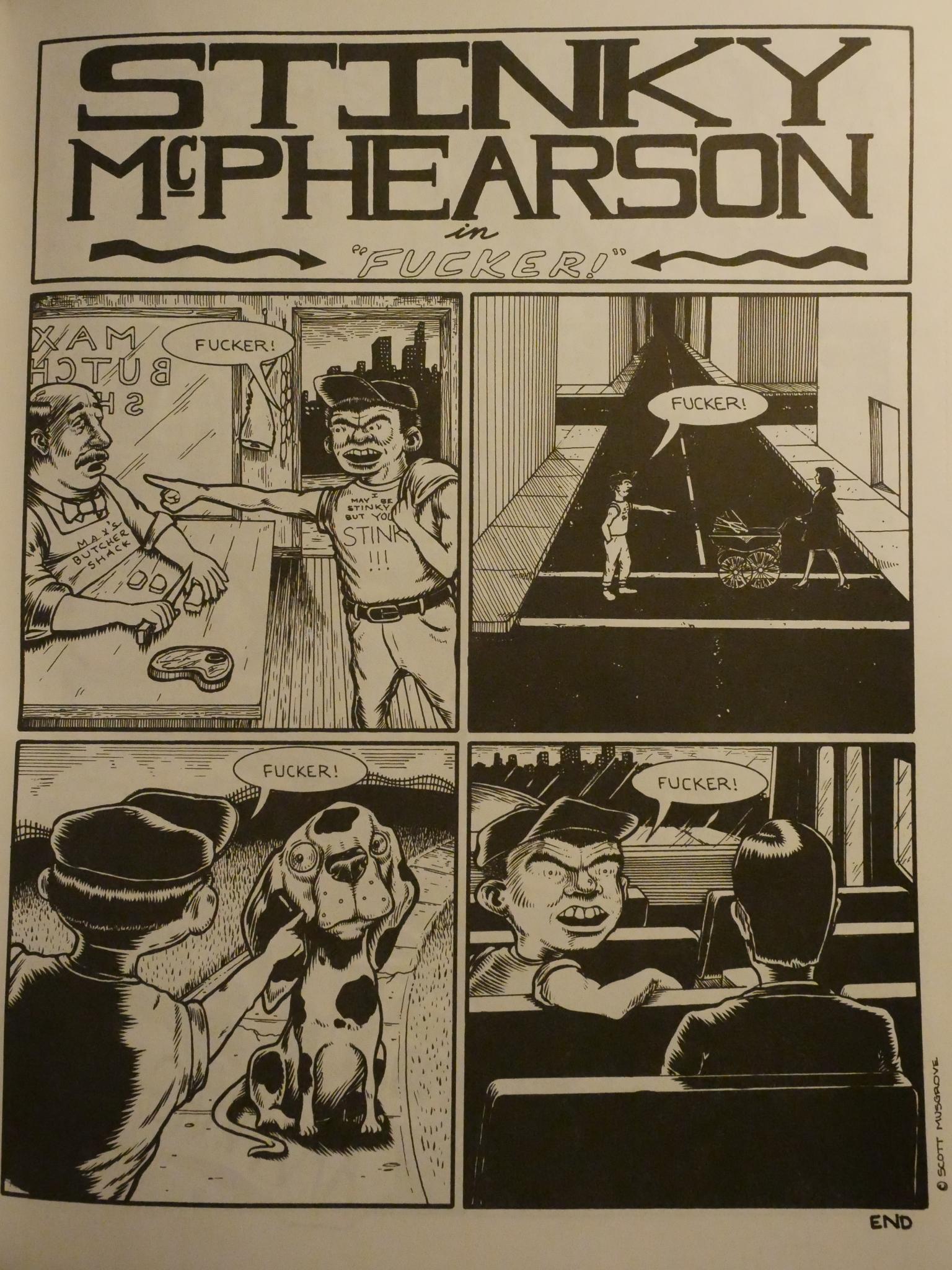 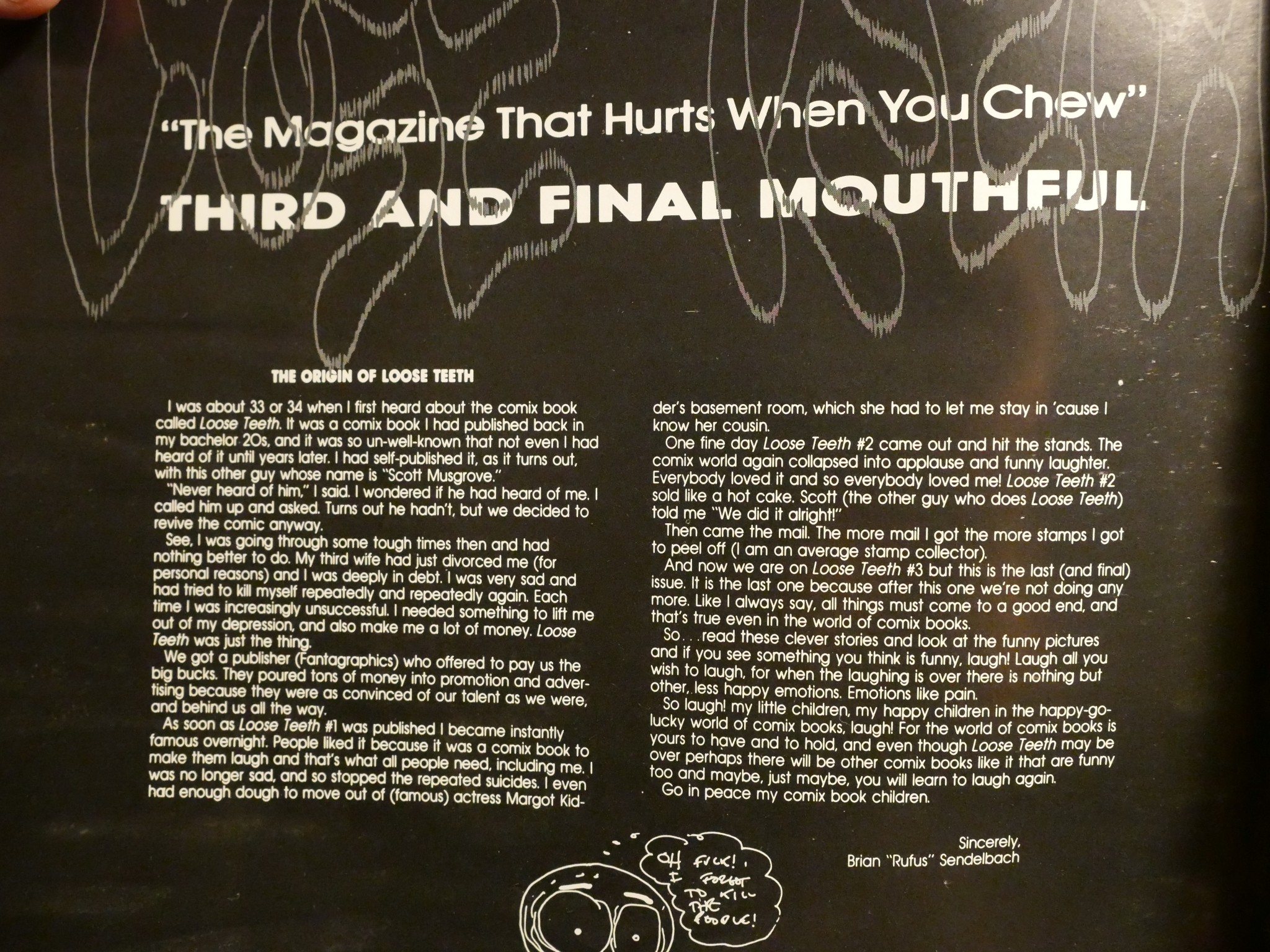 And then it all comes to an end. Fantagraphics comics are usually cancelled without any notice, so that’s nice.

I am wholly unfamiliar with either artist, but googling a bit now, it looks like Musgrove took one of the characters from Loose Teeth, Fat Dog Mendoza, over to Dark Horse after the cancellation of this magazine. (He’s one of about half a dozen that’s taken the exact same route.) Musgrove seems to be doing art these days.

Brian Sendelbach has worked more extensively in comics after this.