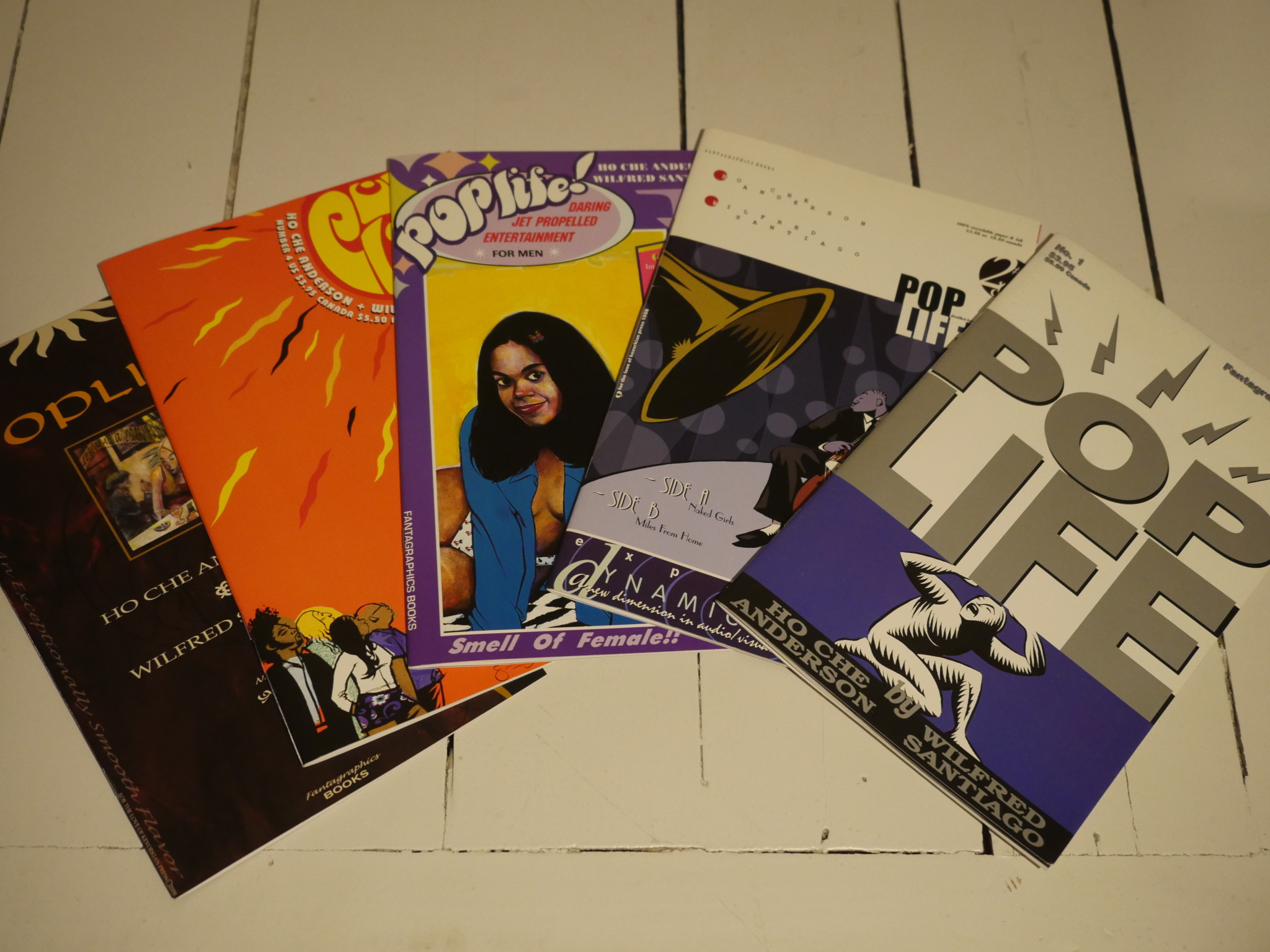 I’m running out of Fantagraphics pamphlets to write articles about here. (Was that a sigh of relief I heard?) But that’s not because I’ve done them all. No, it’s just that I’m stalled since I’m waiting for a bunch of comics to arrive in the mail to complete various series.

But since I’ve got about a month of articles backlogged, you probably won’t experience any service interruptions. I guess you’ll find out tomorrow. (Was that a sigh of relief I heard withdrawn?) 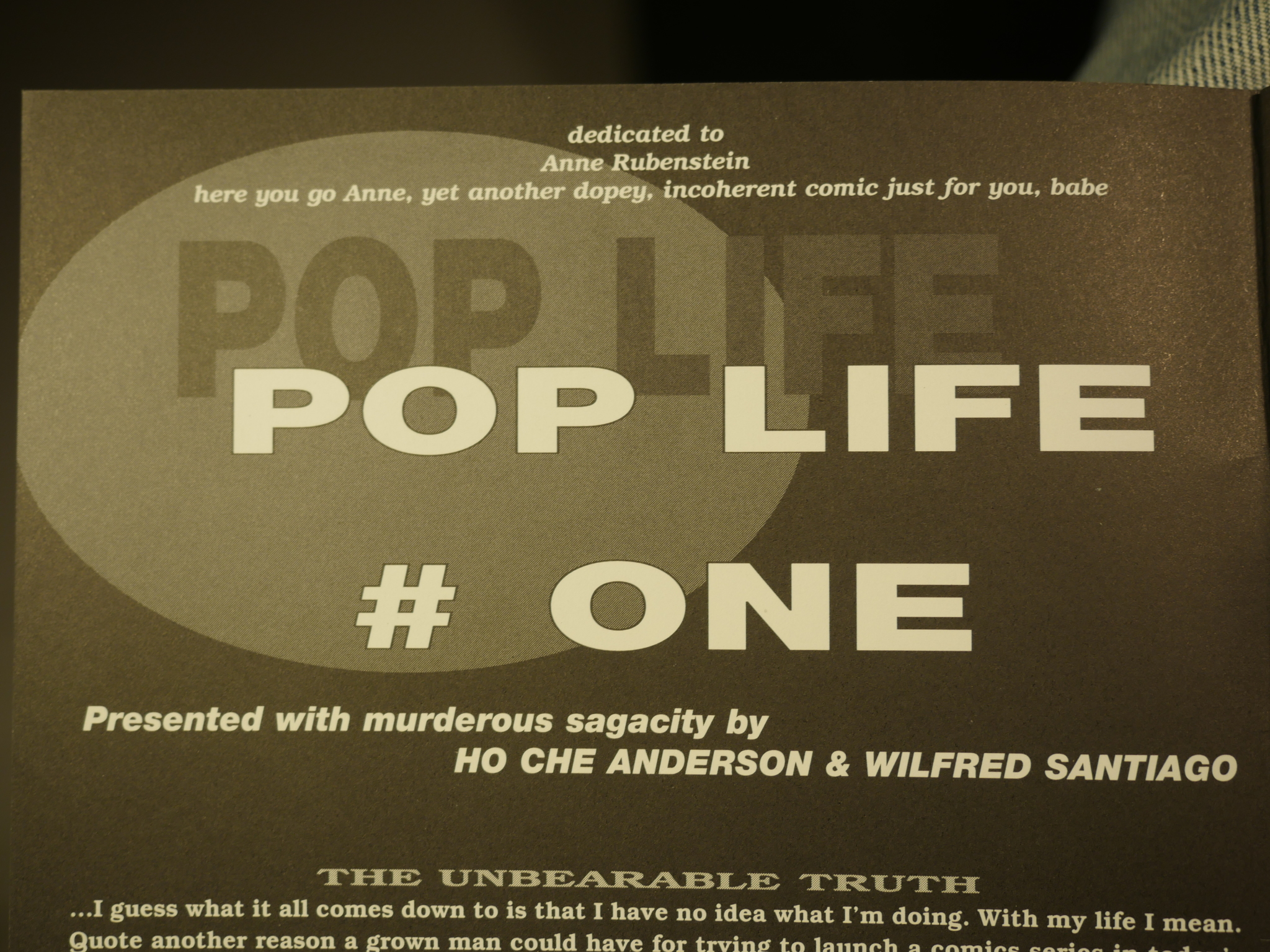 What’s that about Anne Rubenstein, I wonder? Hm…. Rubenstein had reviewed King, but that seems like a quite positive review. Oh, here we are: “Ho Che Anderson’s drawing is so beautiful and good […] if […] he could stop writing those incoherent, dopey stories.” I guess that explains that mystery. 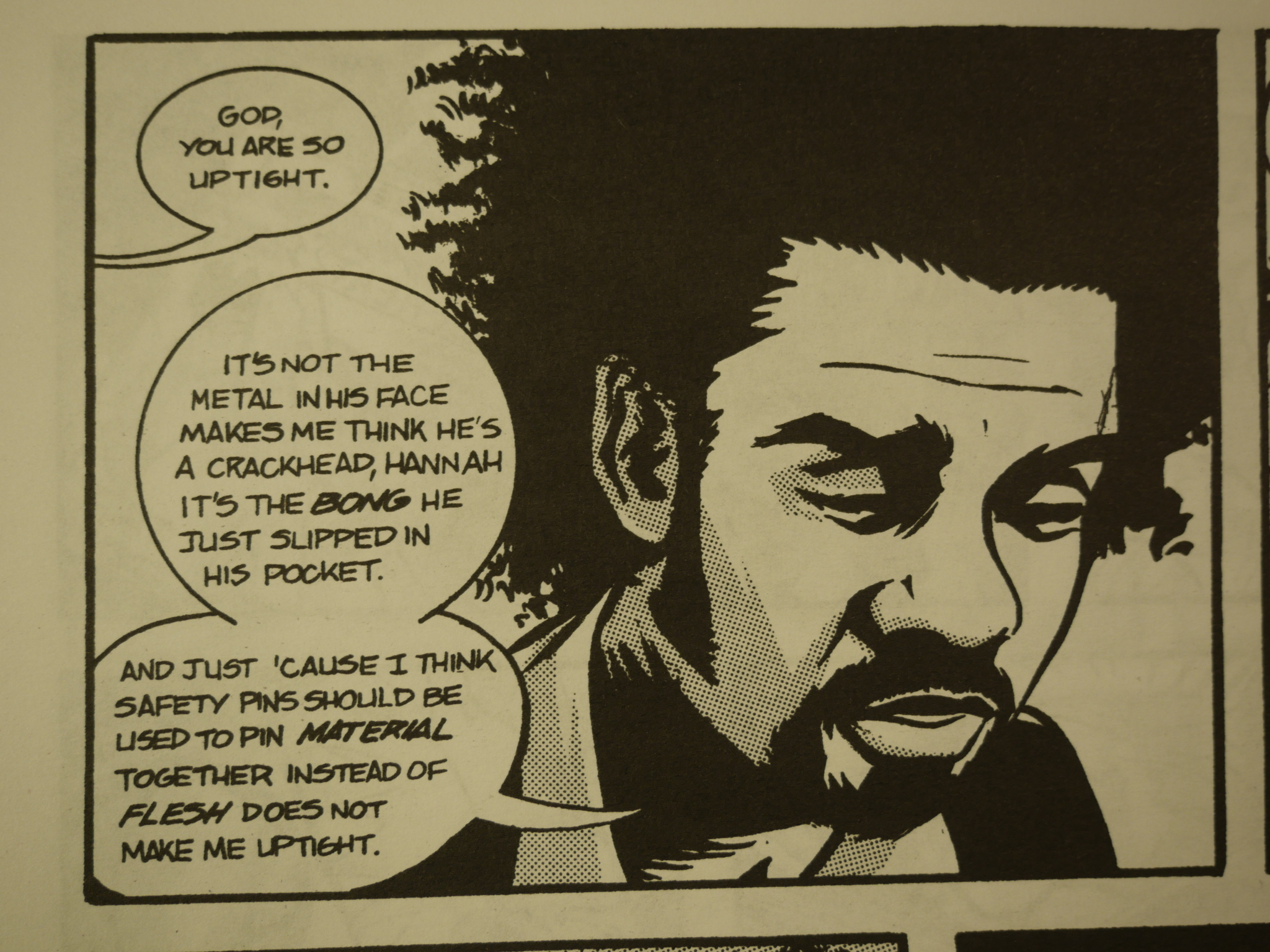 Anderson had earlier published a number of series through Fantagraphics, including I Want To Be Your Dog, King and Black Dogs. I’m not sure whether Santiago had done anything before this, but his name seems familiar. Hm… Oh, he worked at mainstream superhero companies.

His artwork doesn’t really seem all that super-heroish, though. 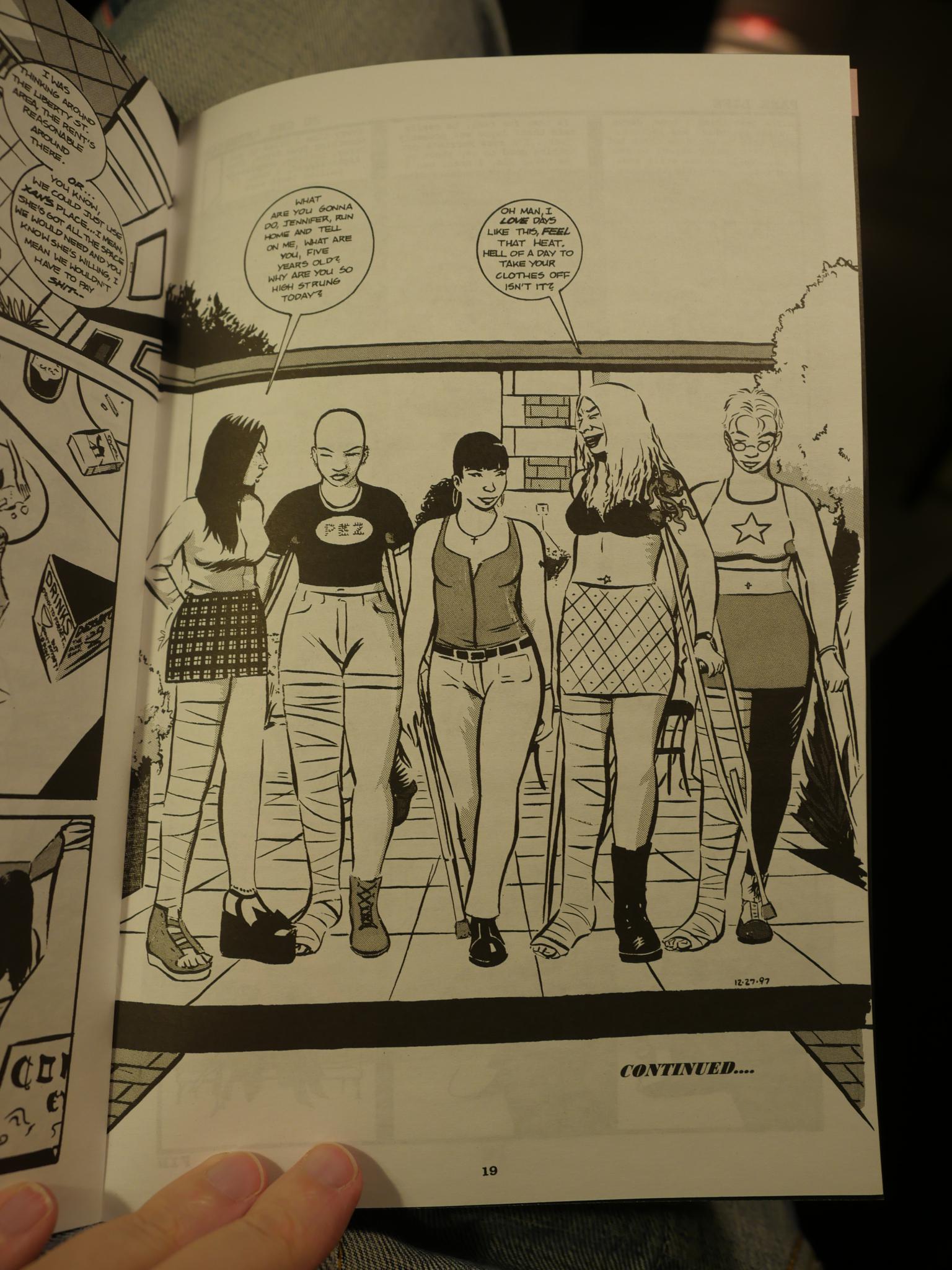 About half of each issue is taken up by a serialisation of a story written by Anderson and drawn by Santiago. It’s about these people, who are in a band, and all have broken legs. Those legs are never explained, and that’s quite typical of Anderson’s oblique storytelling.

And it’s a storytelling trick that works. He just plops us into an interesting milieu and then goes from there without much exposition. These are pretty dense pieces. 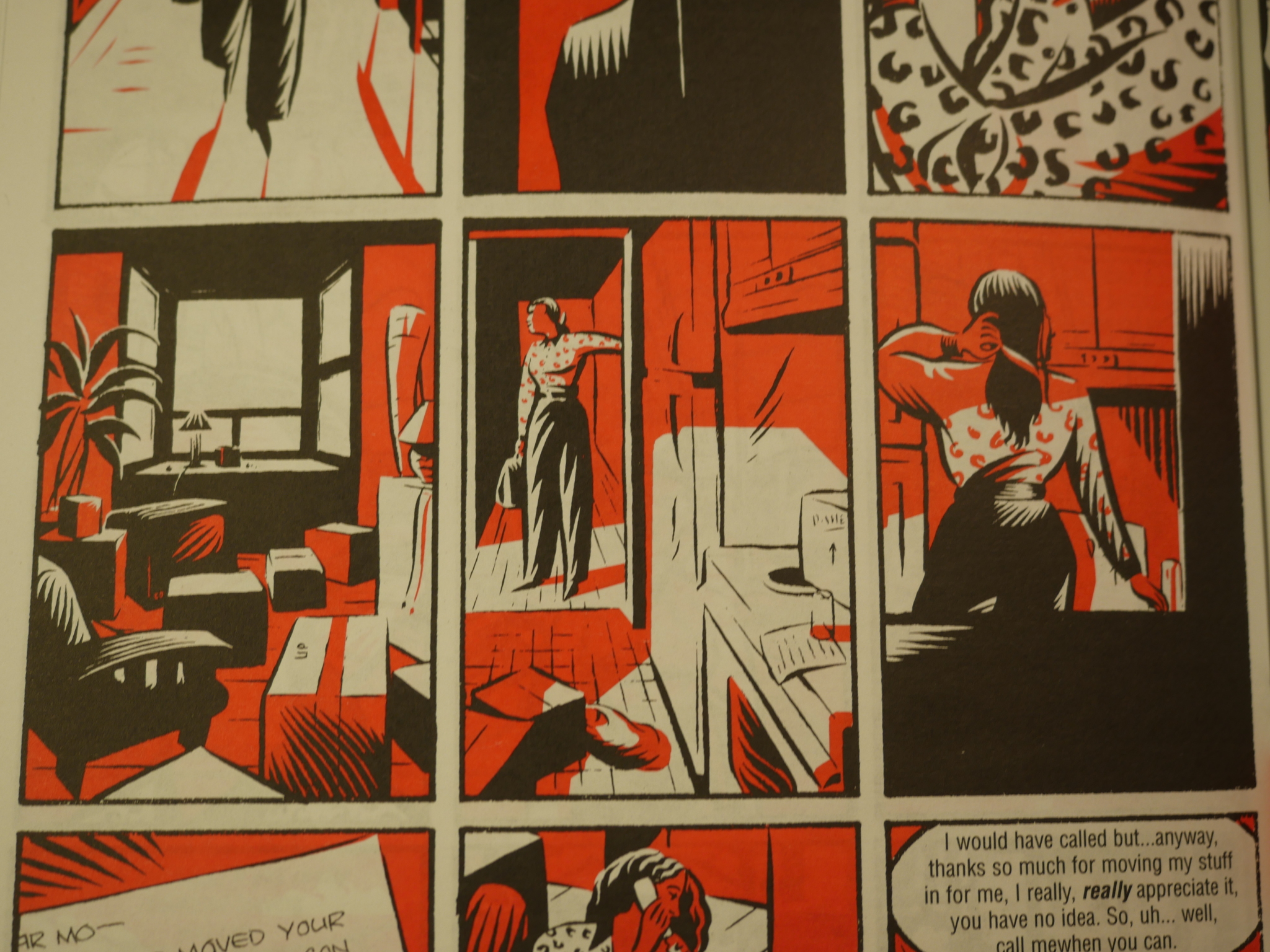 The other half of each issue are taken up by shorter Anderson-drawn pieces, as well as the serialisation of a longer story, which is apparently a continuation of a storyline from I Want To Be Your Dog. Which I can’t remember; I should perhaps have re-read it before reading this. 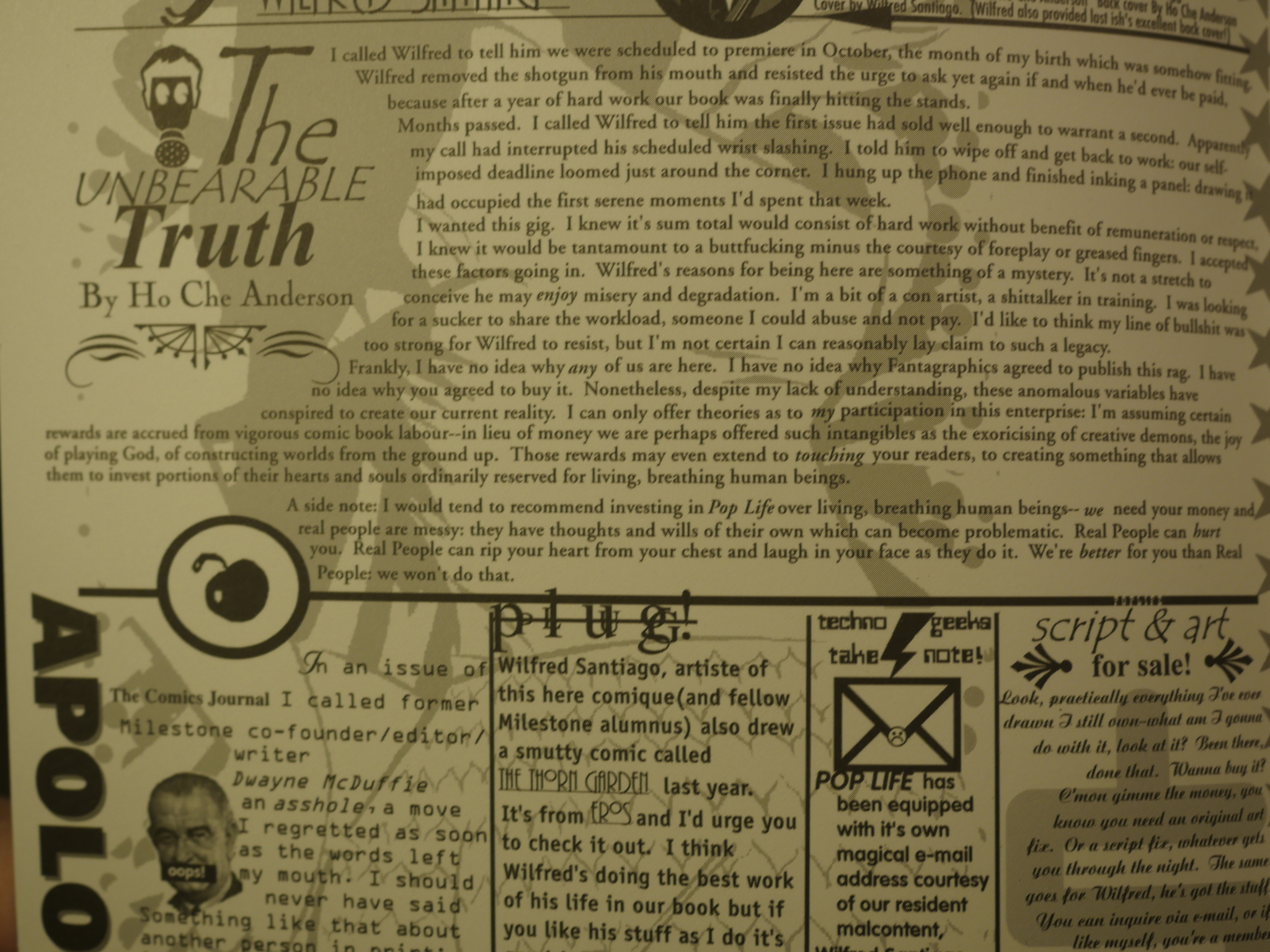 As would become a theme in the text pages in this series: This series doesn’t pay much for anybody, and seems to be on the verge of cancellation from the first issue. 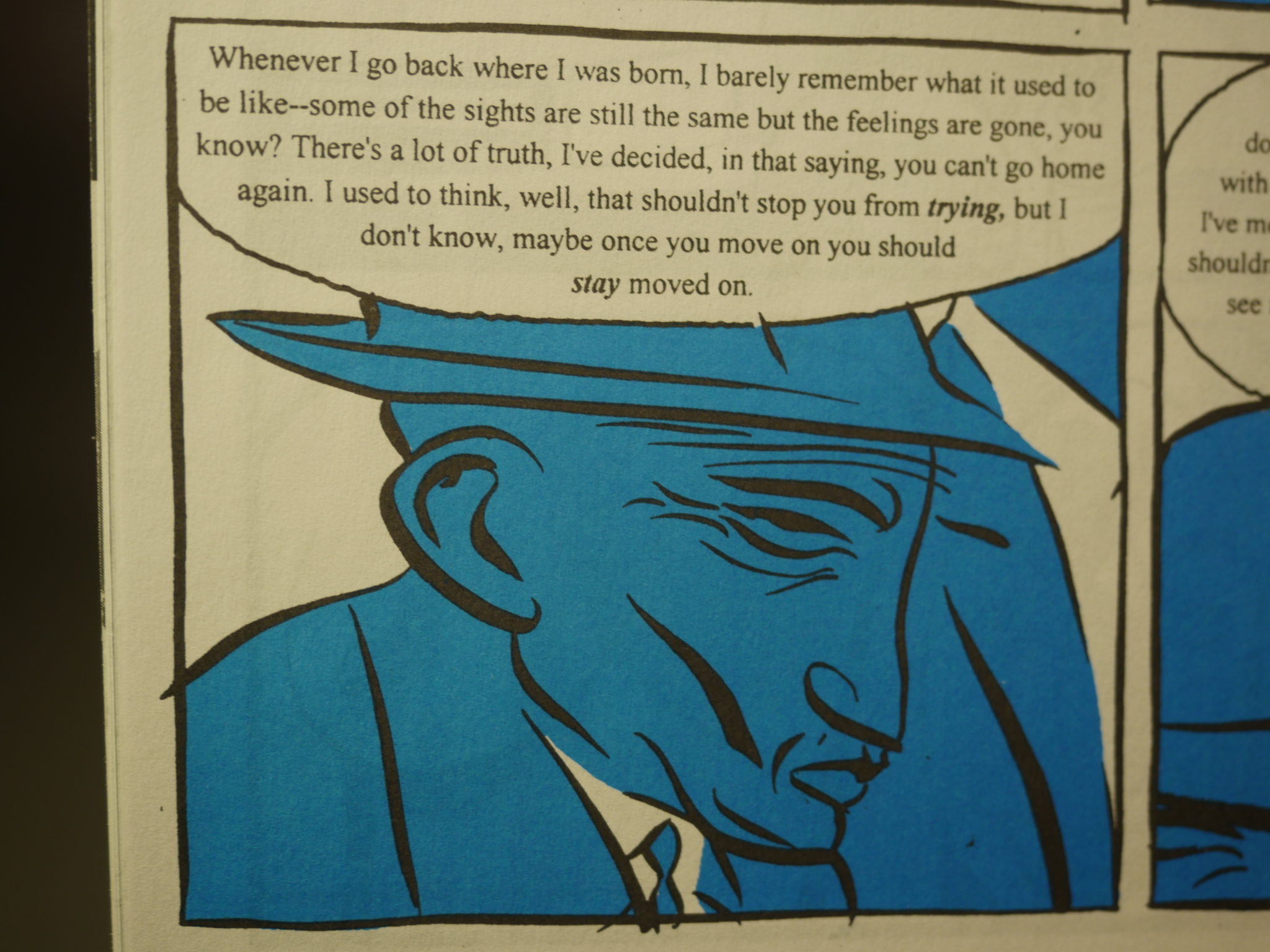 Anderson used to be quite influenced by Howard Chaykin, but by this time he seems to have shed that style completely. 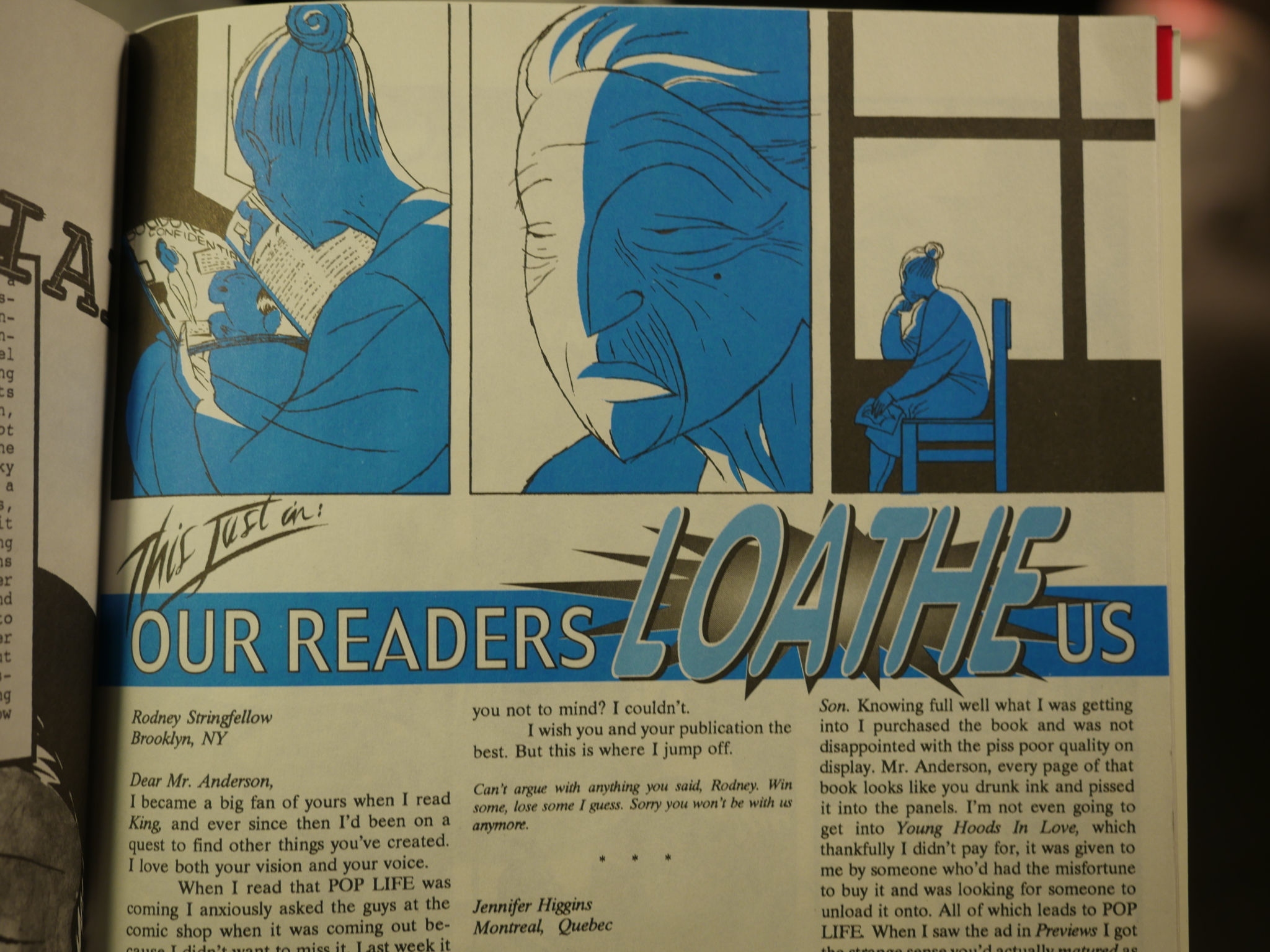 The title of that letters page (the only one in the series) is accurate: They’re all rather harsh. 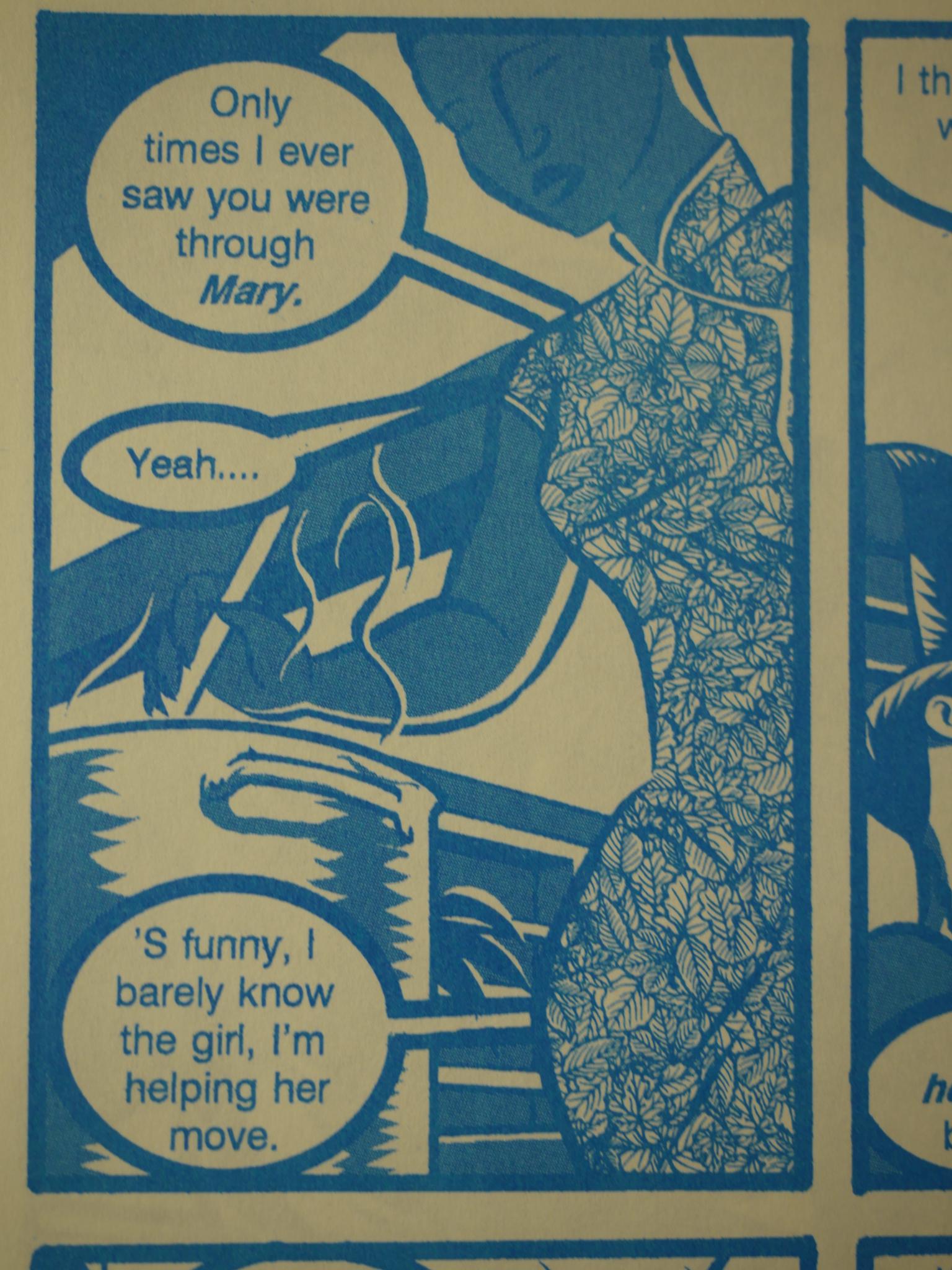 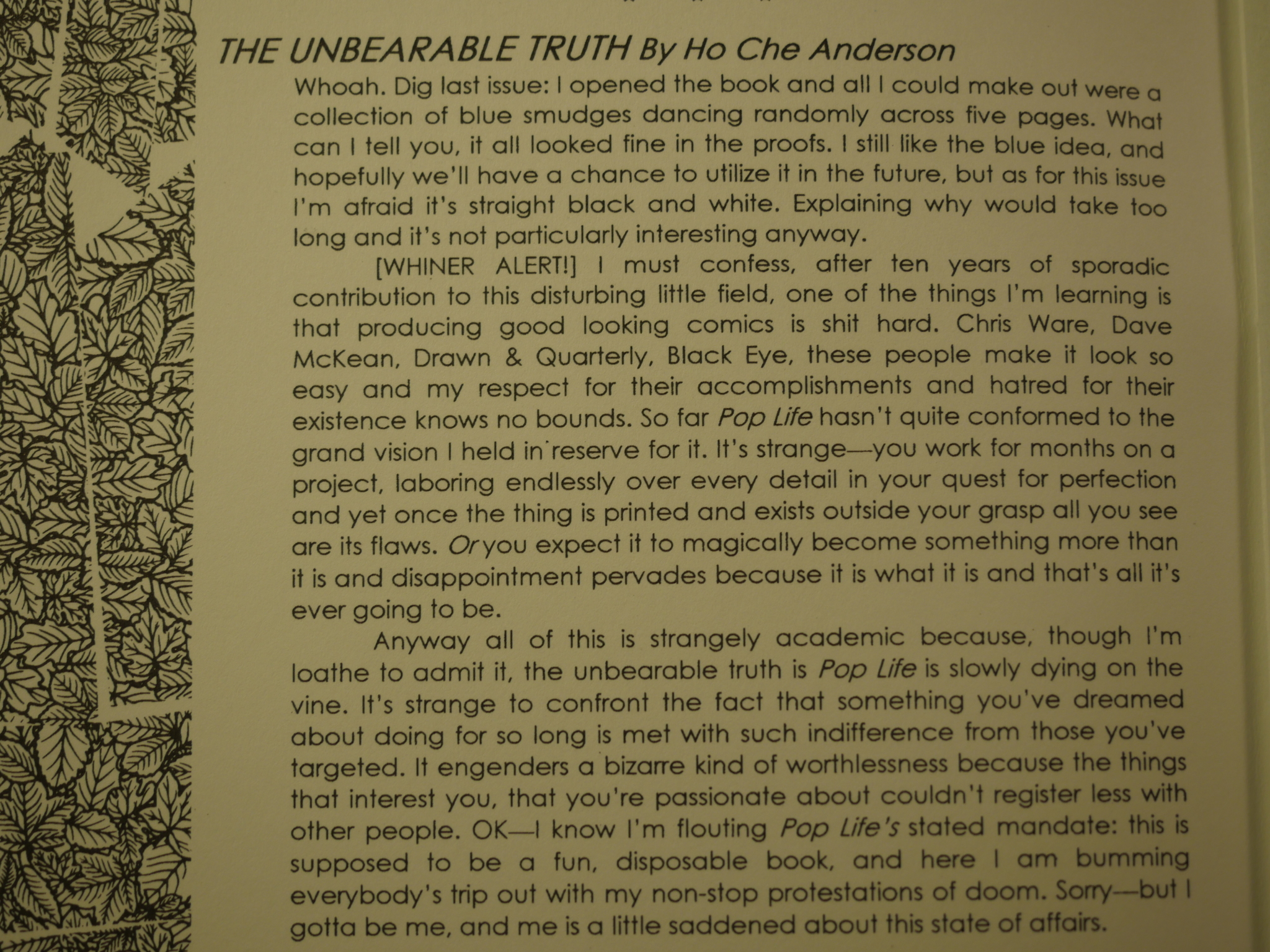 Oh. The blue strip wasn’t supposed to look like that. 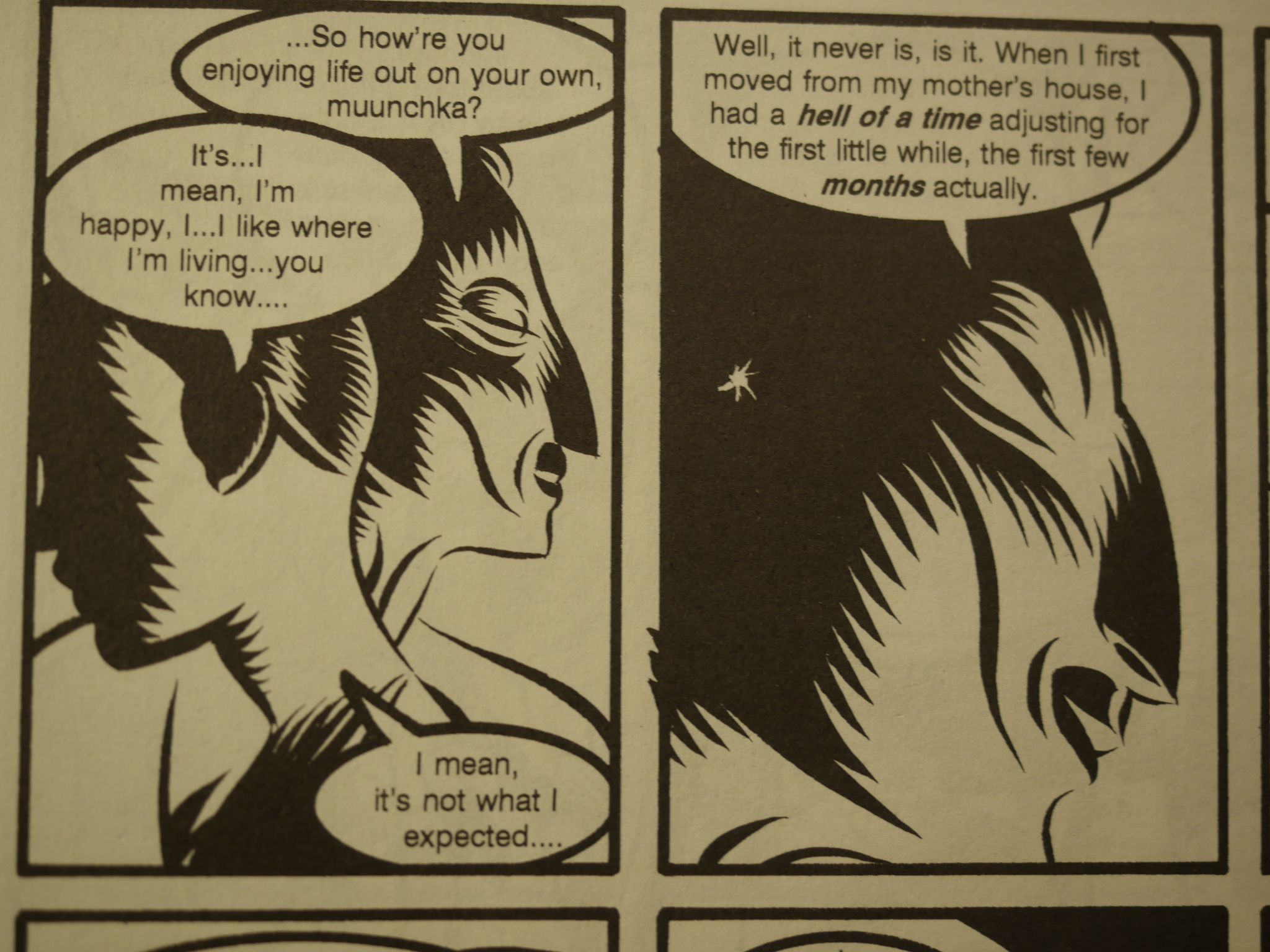 Some of Anderson’s artwork is incredibly stylish. 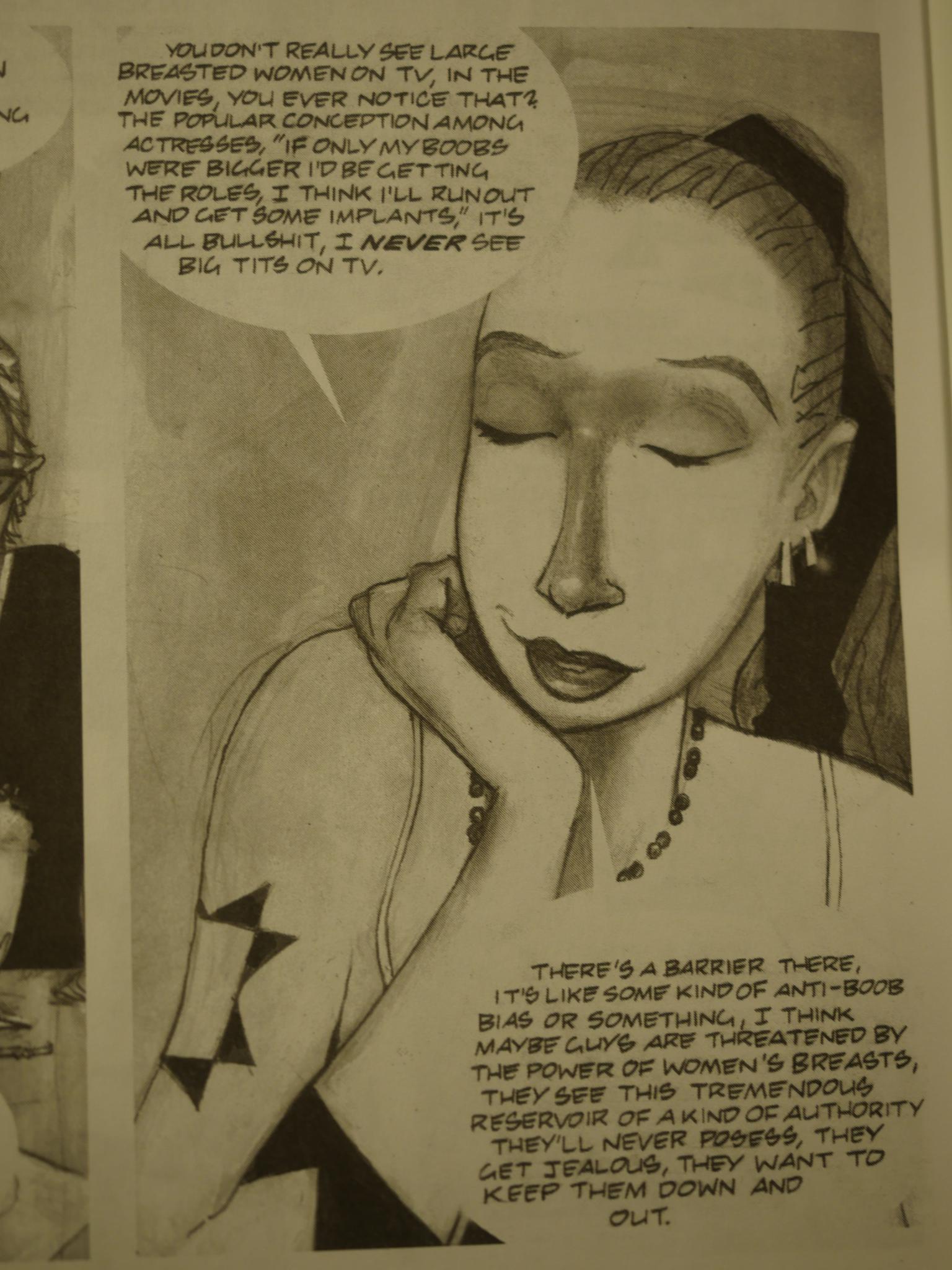 And then Anderson announces that Pop Life has finally been cancelled. The last issue is 24 pages (as opposed to all the other ones which were 32), and seems to collect bits and pieces meant for later in the series. Like this one (drawn by Santiago) about breasts.

It’s a very mammary series all around. 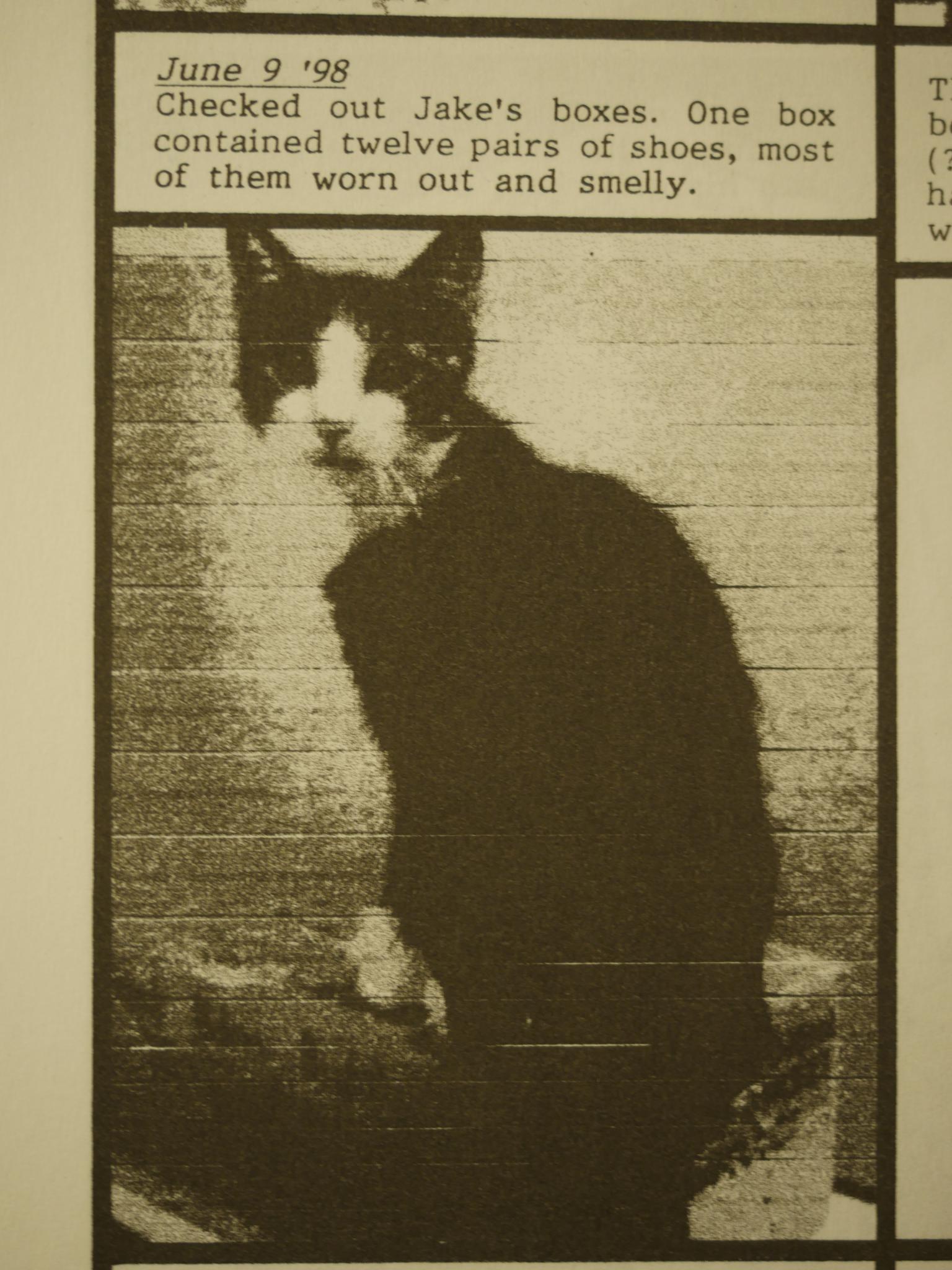 Anderson rounds out the issue with some fumetti.

I think both Anderson and Santiago have since retreated into illustration work, but they both recently published new work at Fantagraphics: Scream Queen by Anderson and 21 by Santiago.