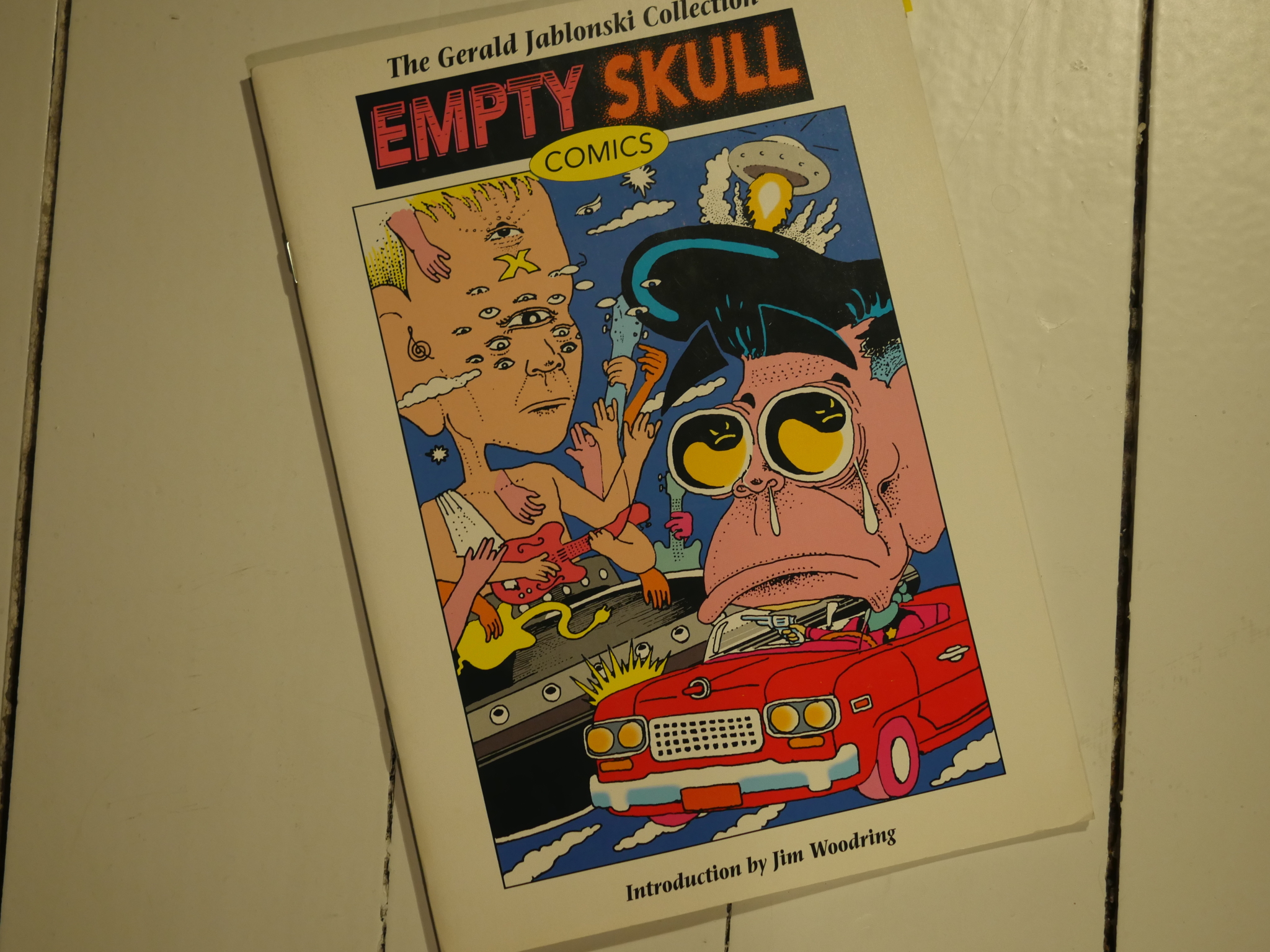 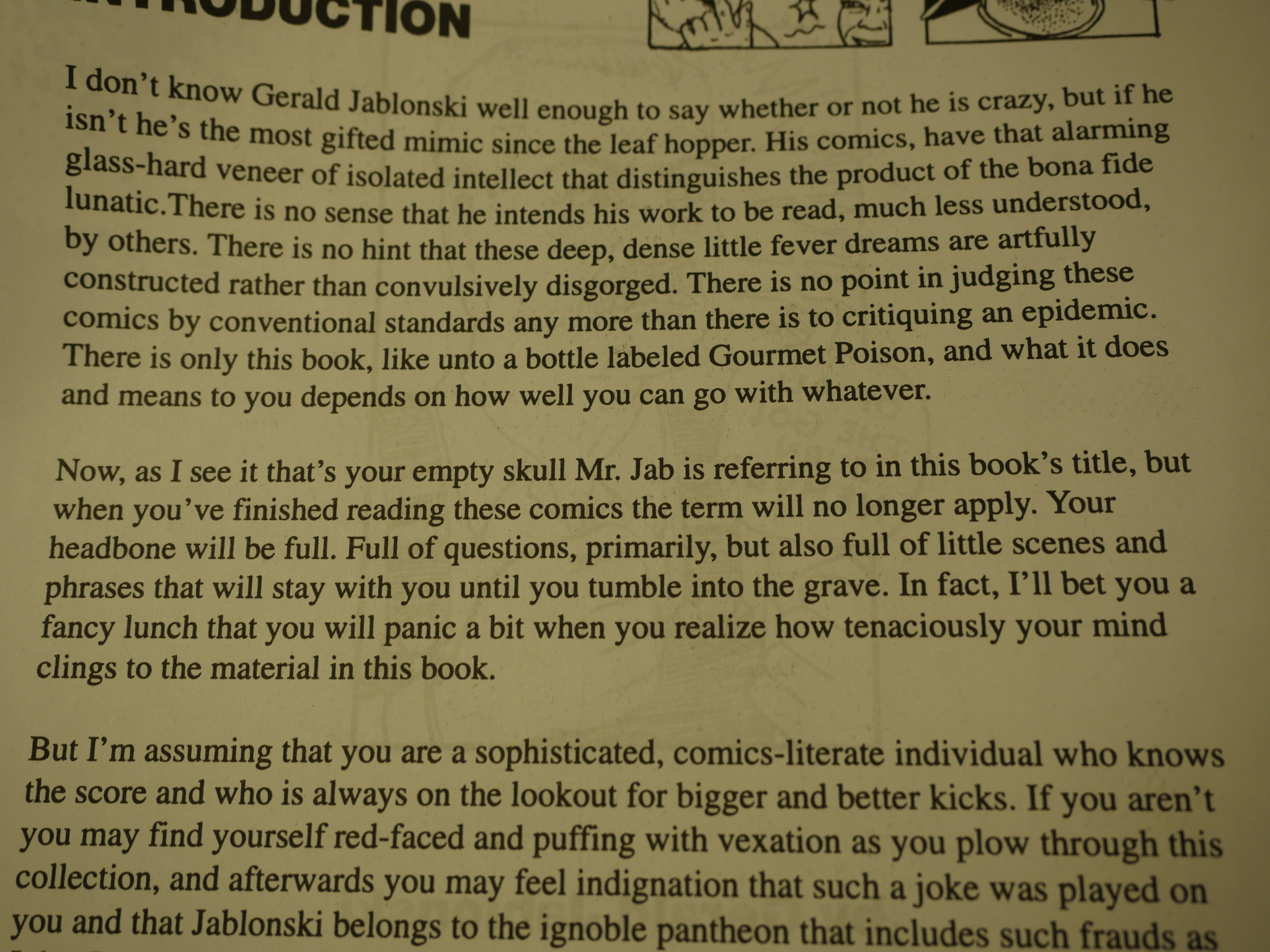 Jim Woodring provides an introduction and offers the idea that Jablonski is possibly insane. 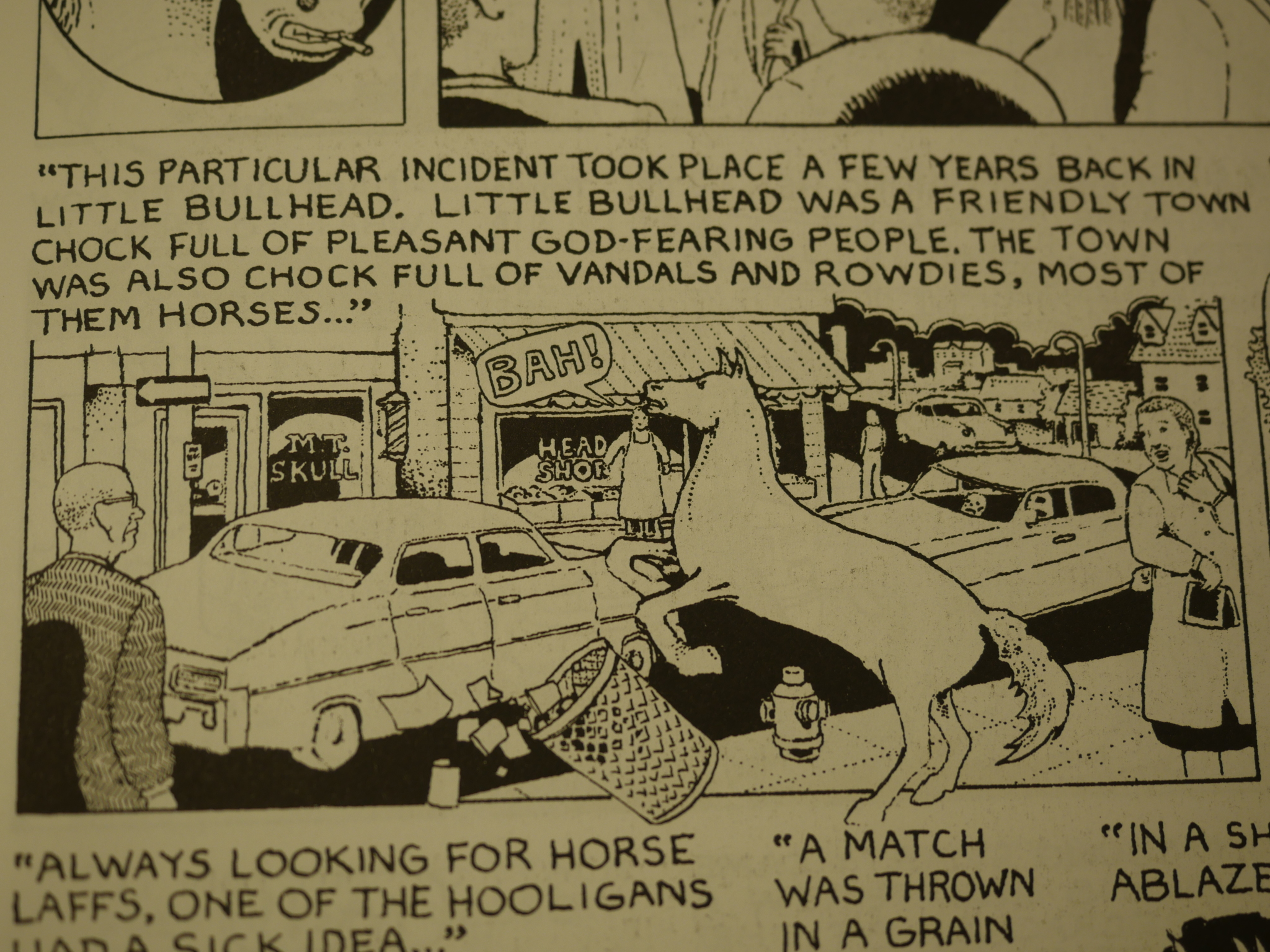 The first half of this collection doesn’t seem particularly crazy. The humour is off-kilter, but the silliness is within normal parameters, I would say. 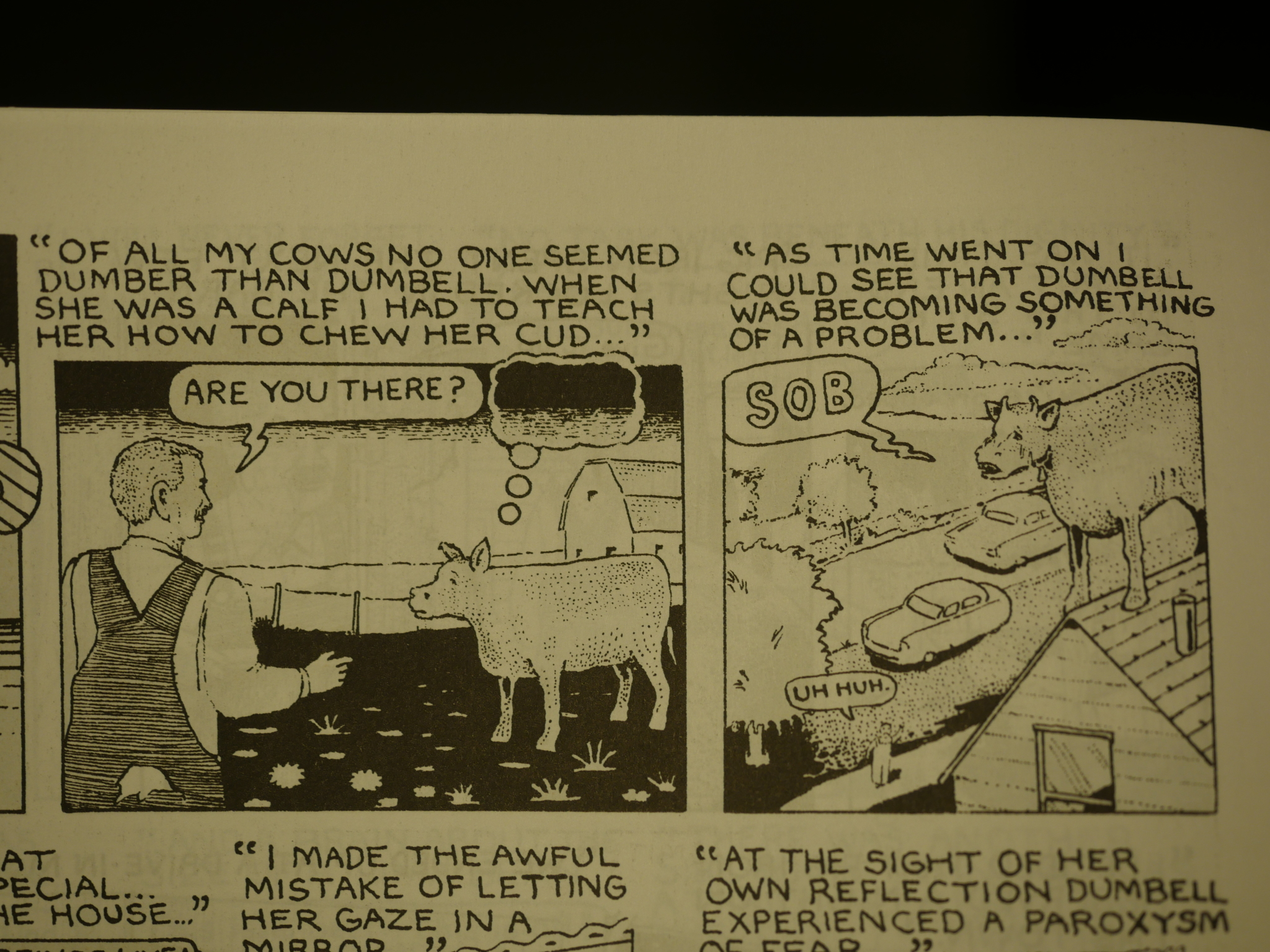 This sort of humour is just my thing. You know: A cow that’s so dumb that she’s suddenly on the roof of the house? Brilliant! 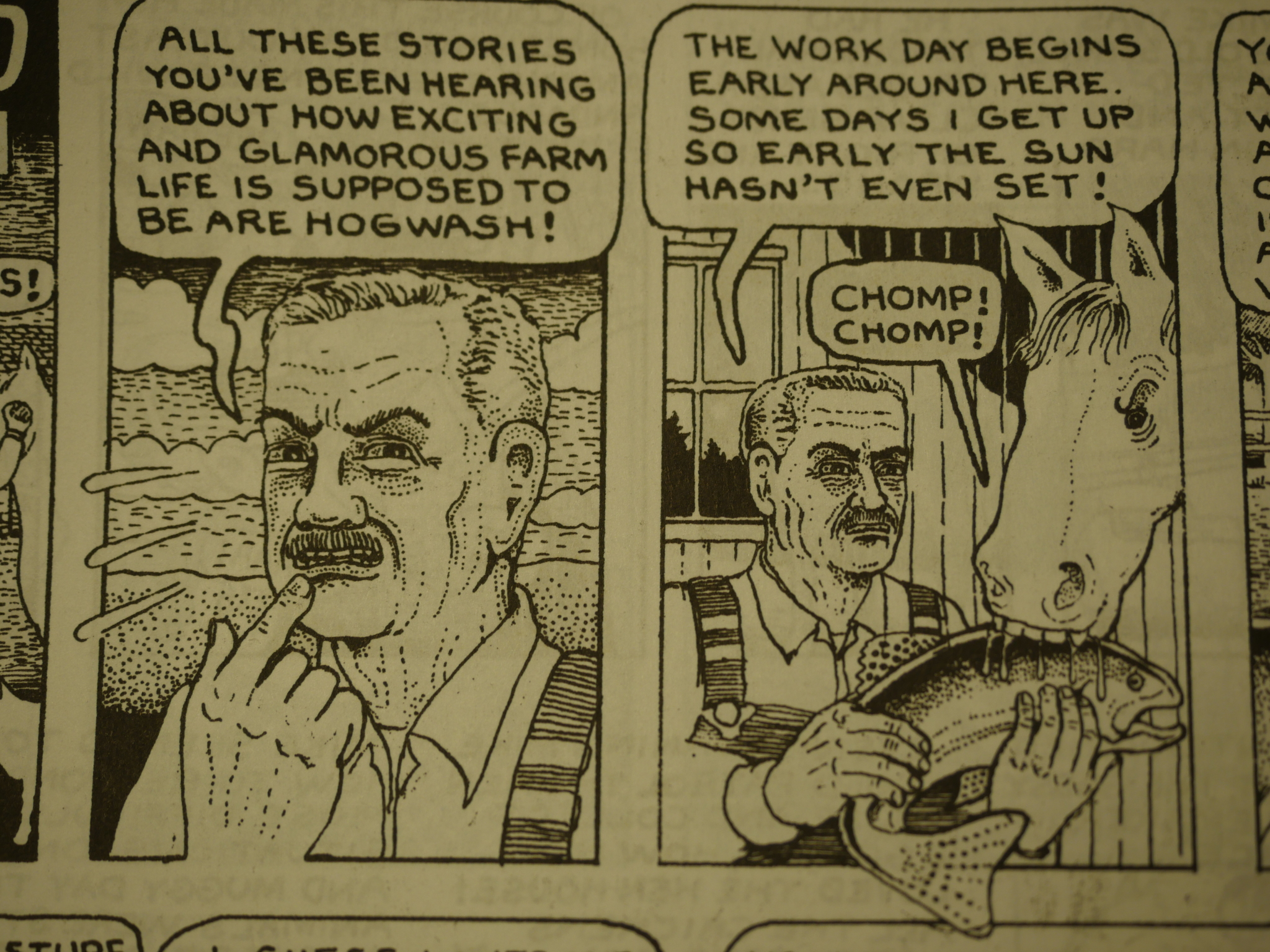 Glamorous farm life? Nice fish breakfast for the horse? Yes! Bring it on! 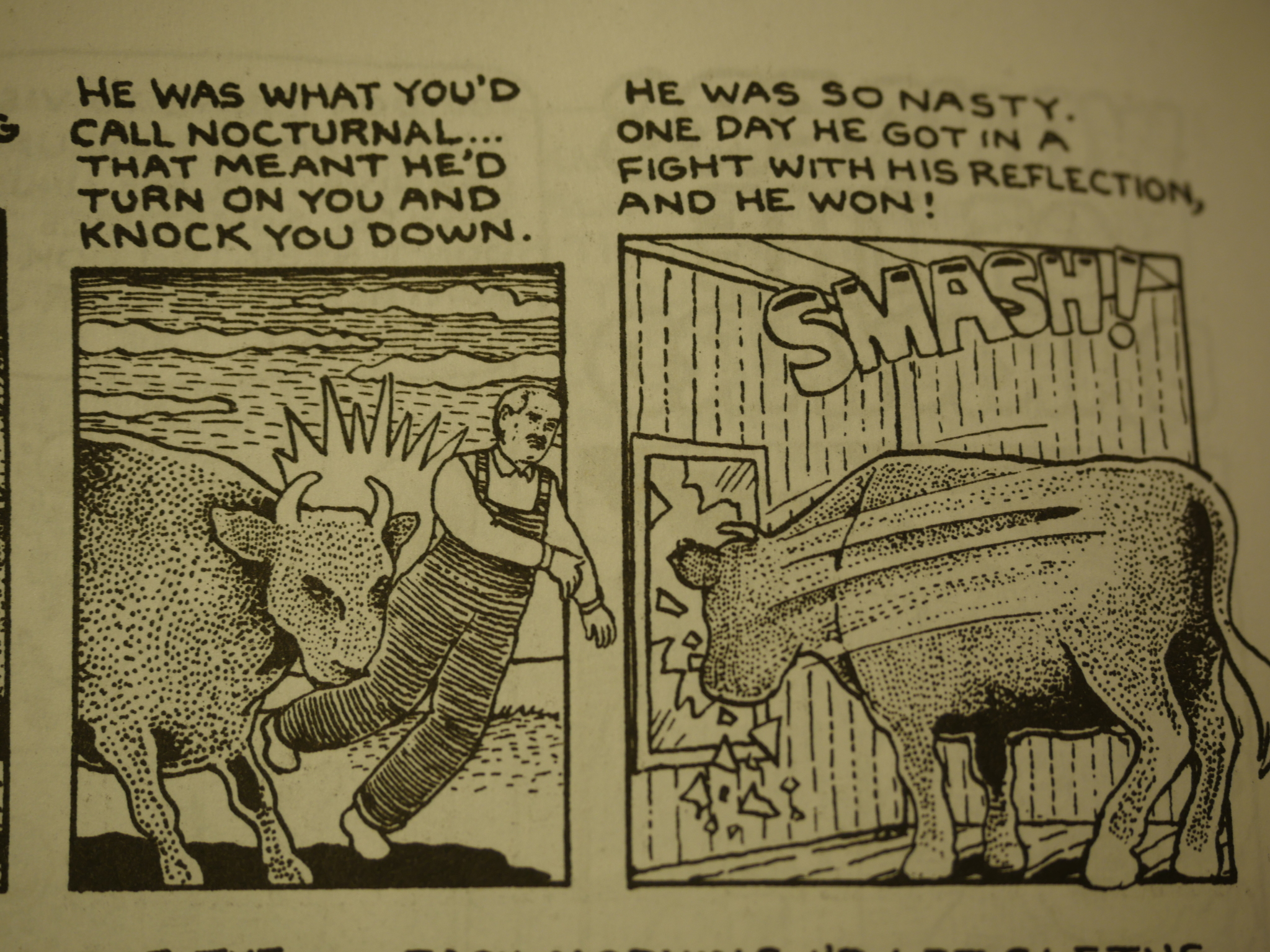 So I wasn’t quite getting whatever Woodring was… getting at. 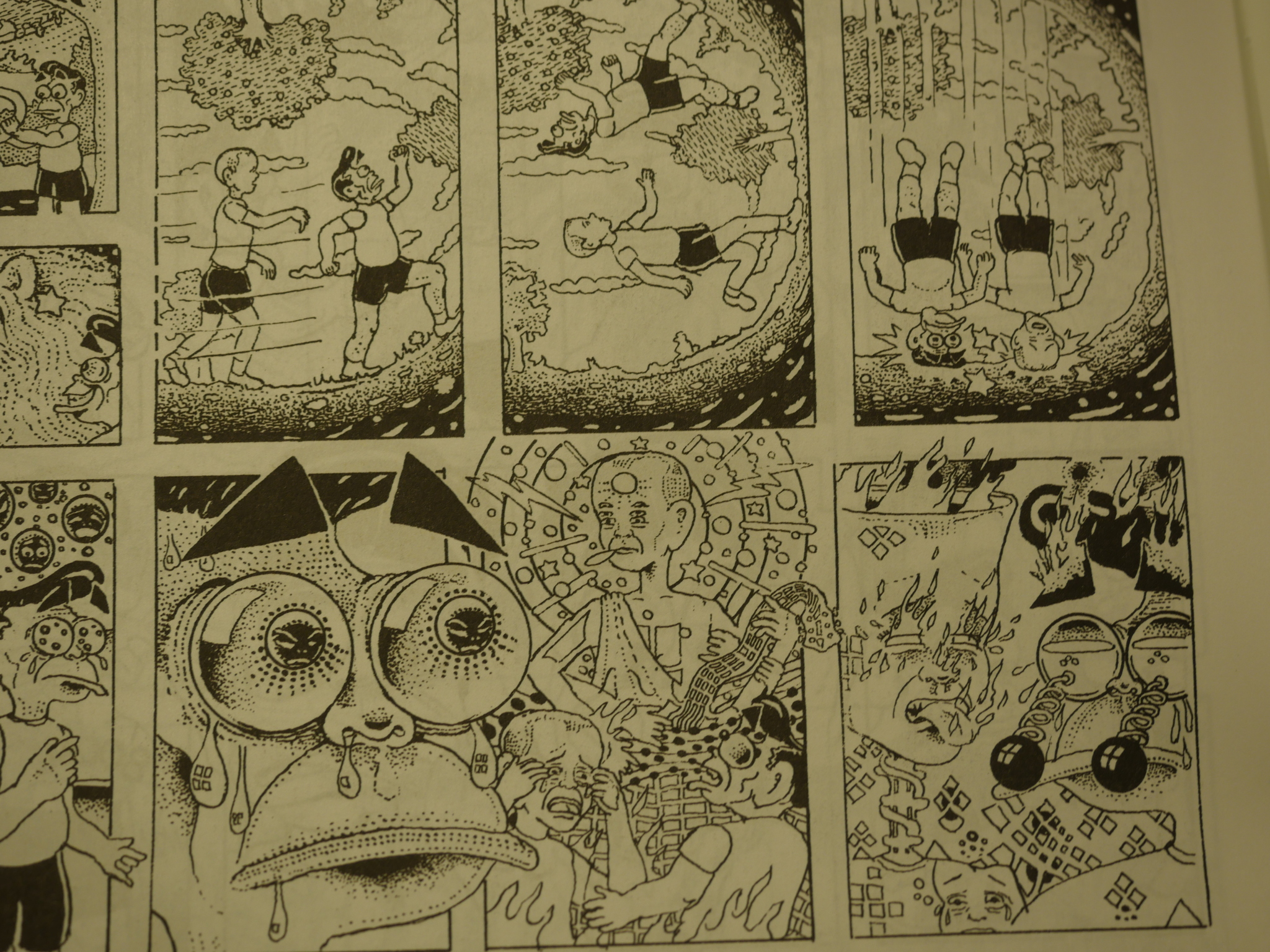 Then, halfway through, things got weirder. But still kinda normal underground acid visions.

But then it started. 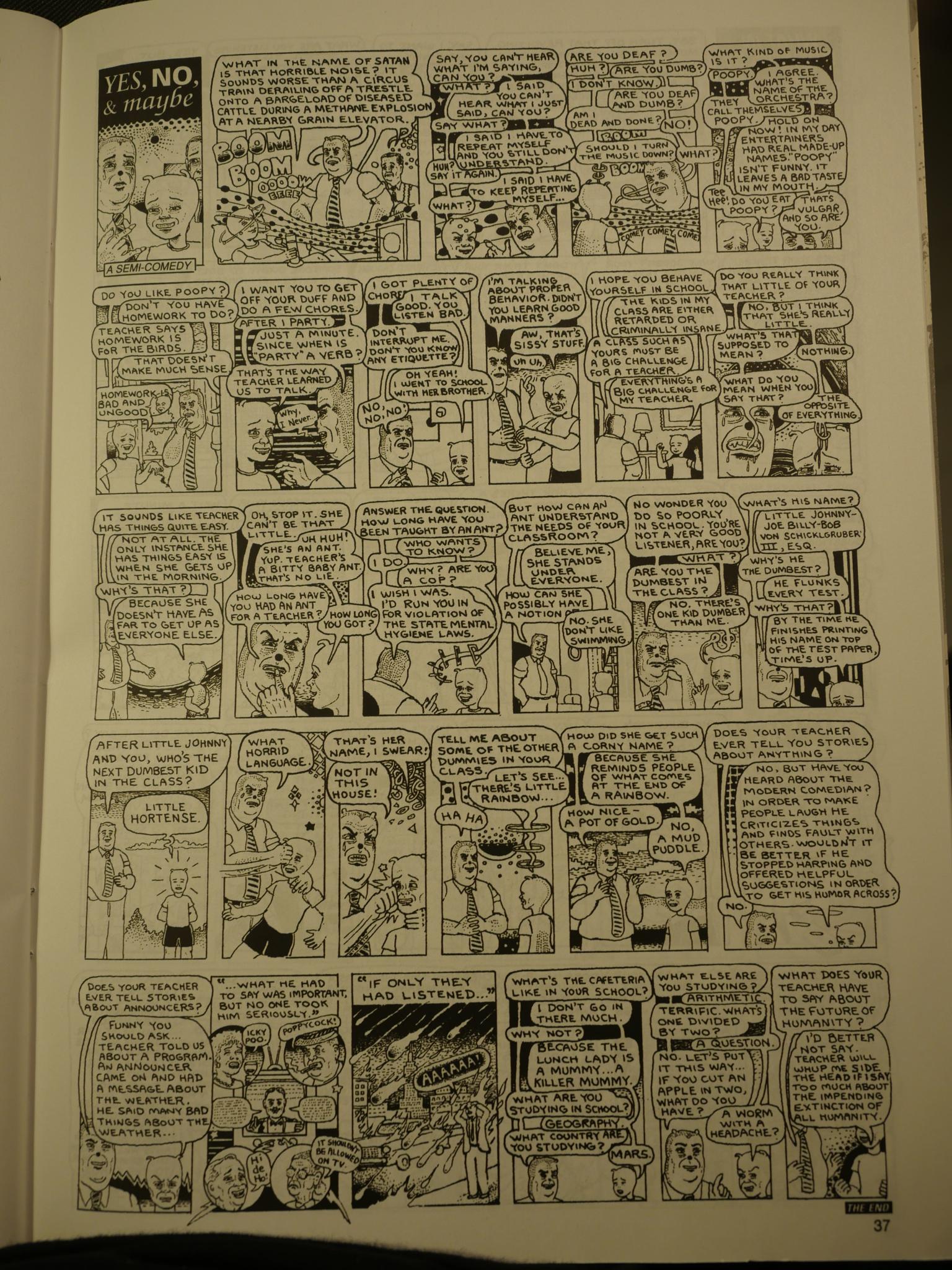 Page after page of this. Every page the same format and with the same structure: 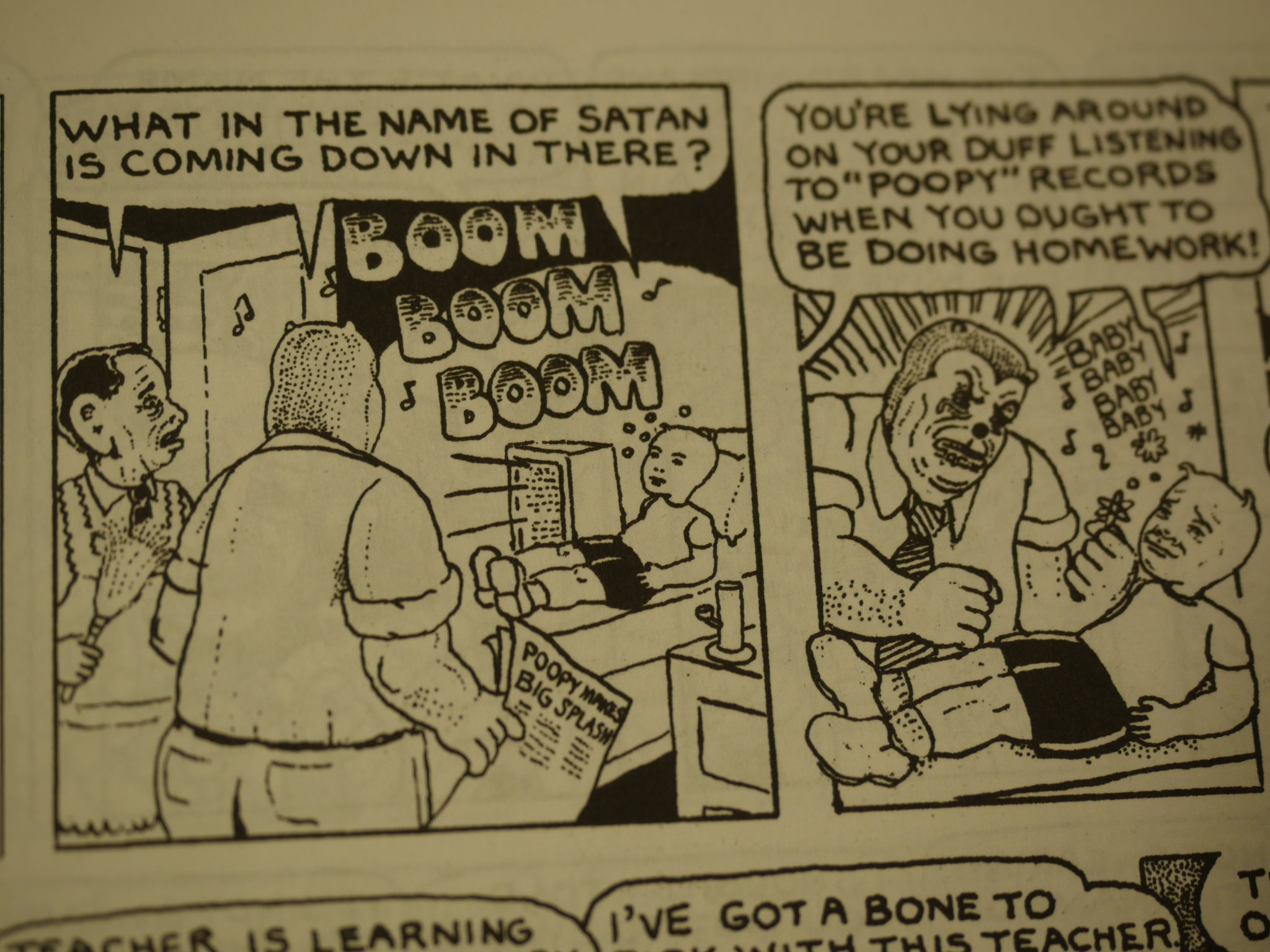 First the father barges into the boy’s bedroom to complain about the noise (which is music from a band called Poopy). 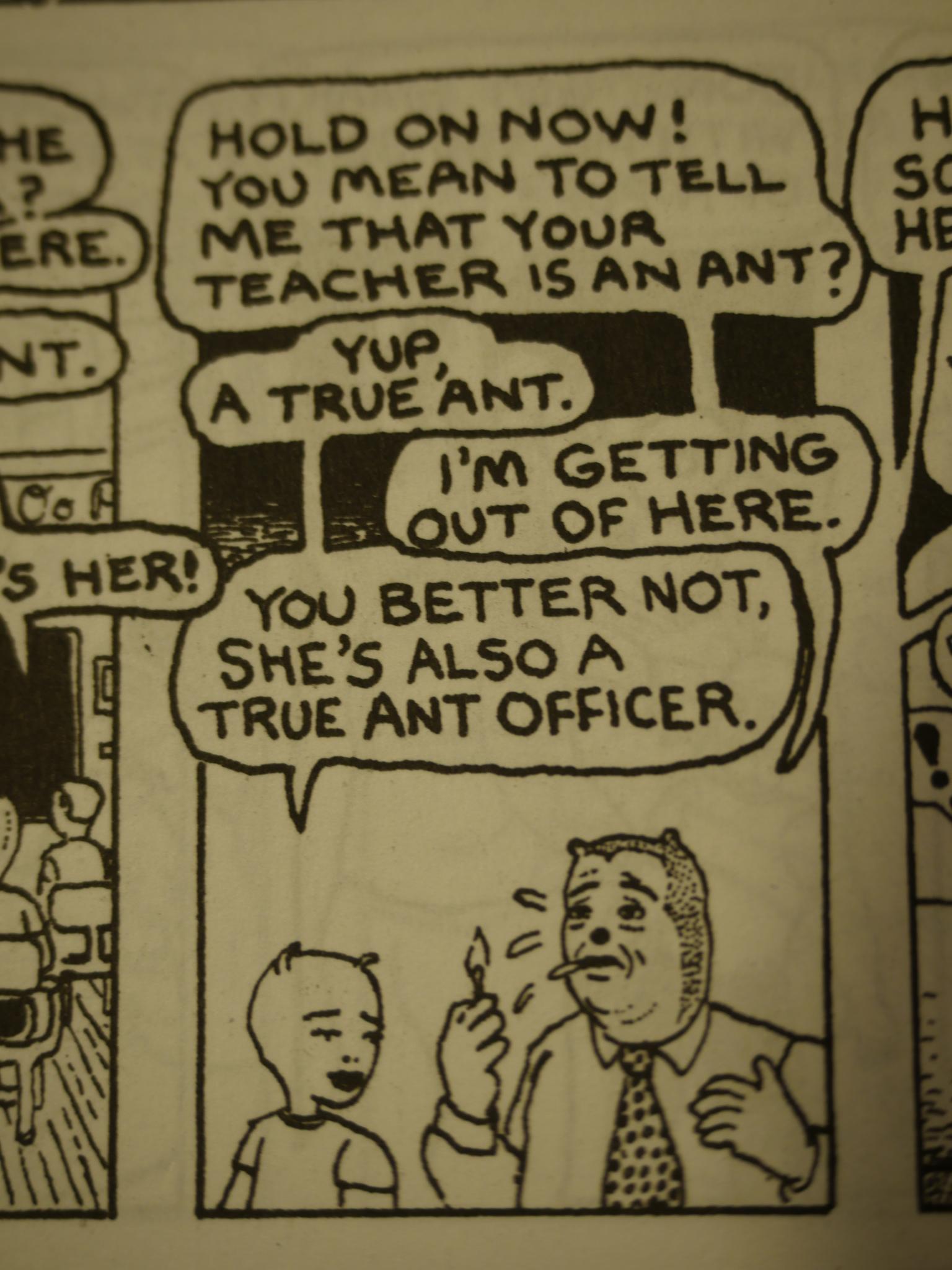 Then, after a while, the boy explains to the father that his teacher is an ant. 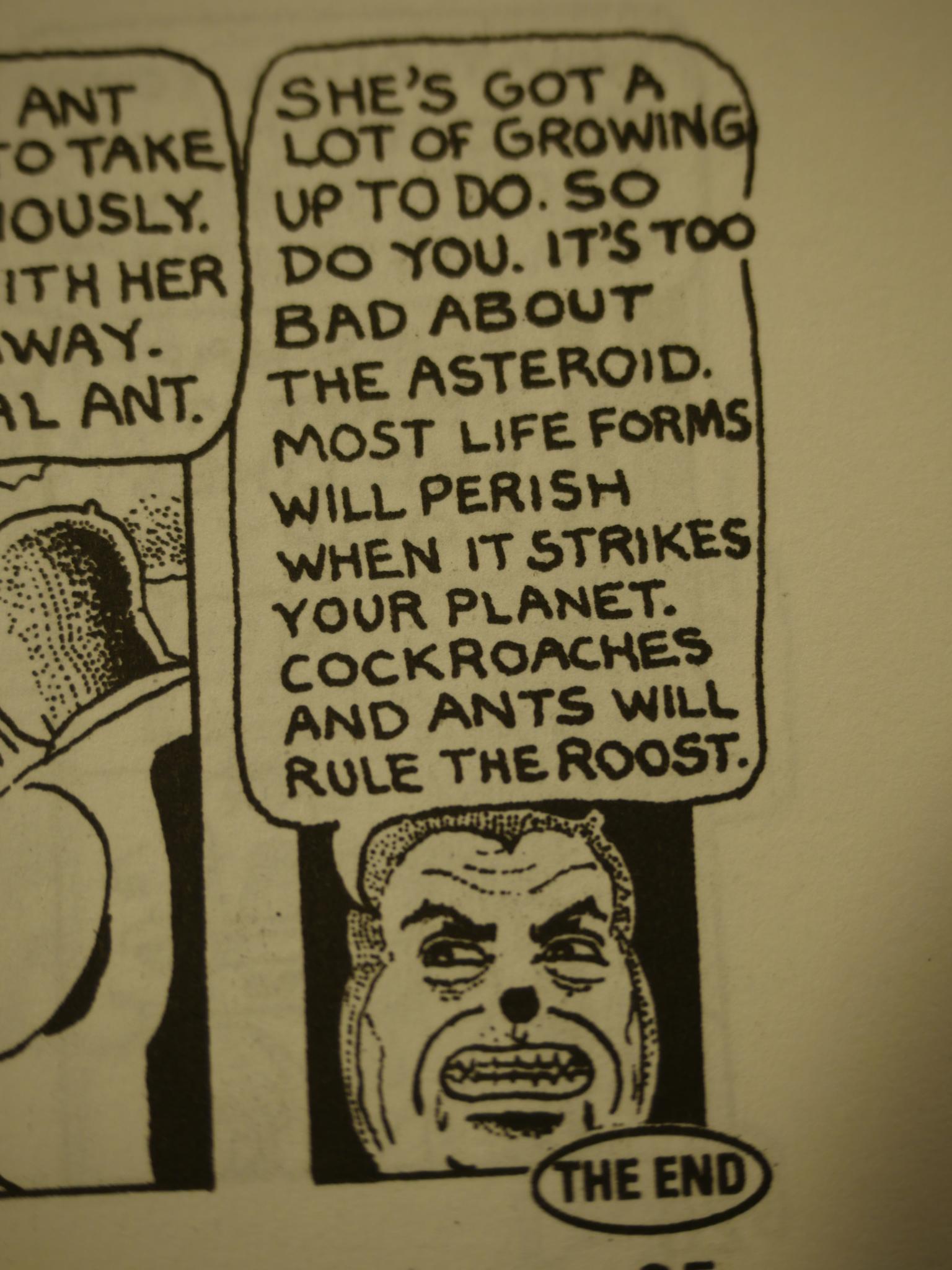 Then it ends with us being told that the world will end and we’ll all die.

In between these three “plot points”, there a seemingly endless stream of puns, non sequitur, cross-talk and general yammer, but the delivery is so straight-forward that it doesn’t really work as a stand-up routine. 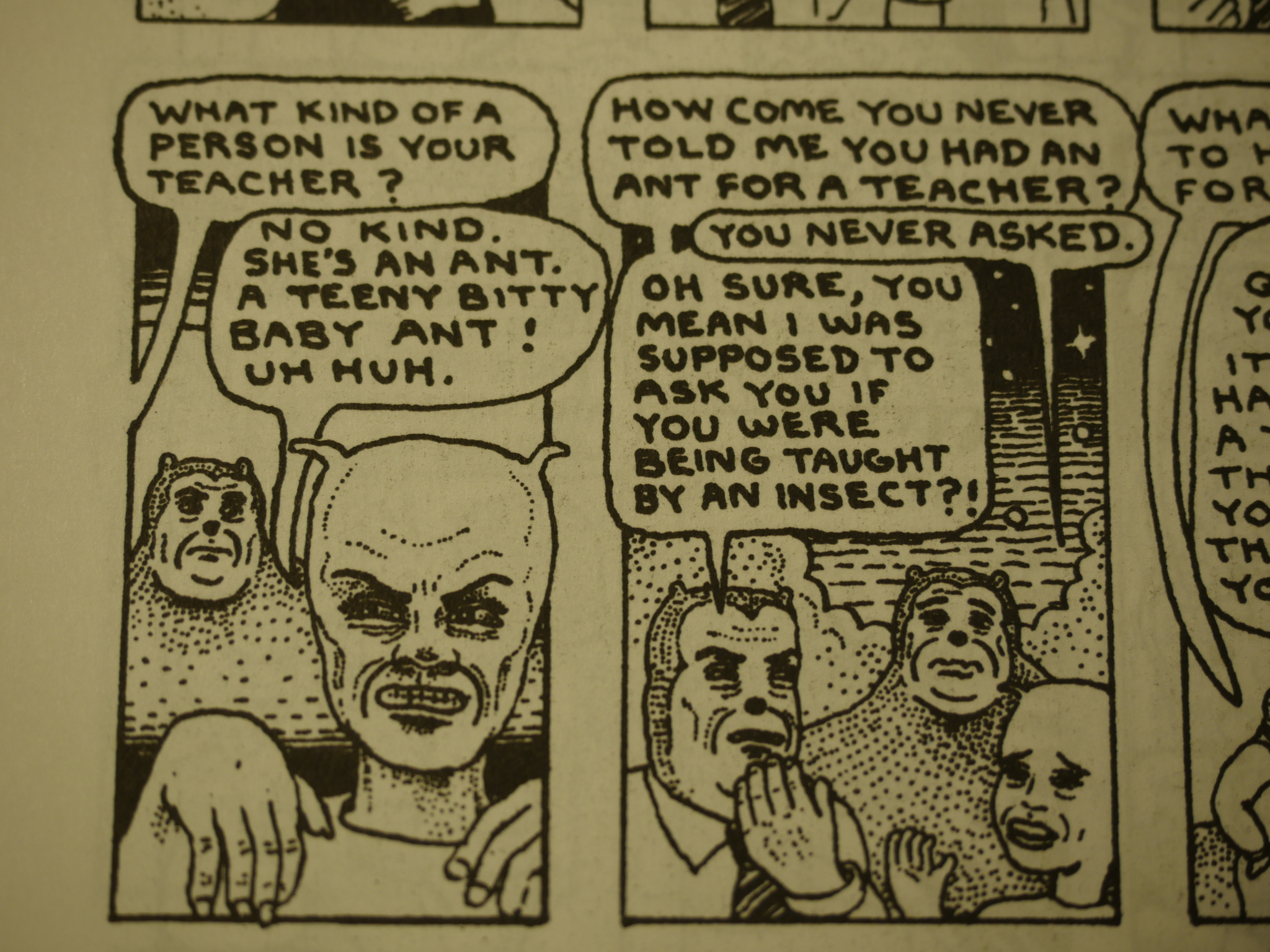 The rhythm is rather hypnotic, though. After a while, I started looking forward to getting to the part where the son tells the father about his ant teacher.

Such a weird effect. I’m pretty sure I’ve never seen anything like it. 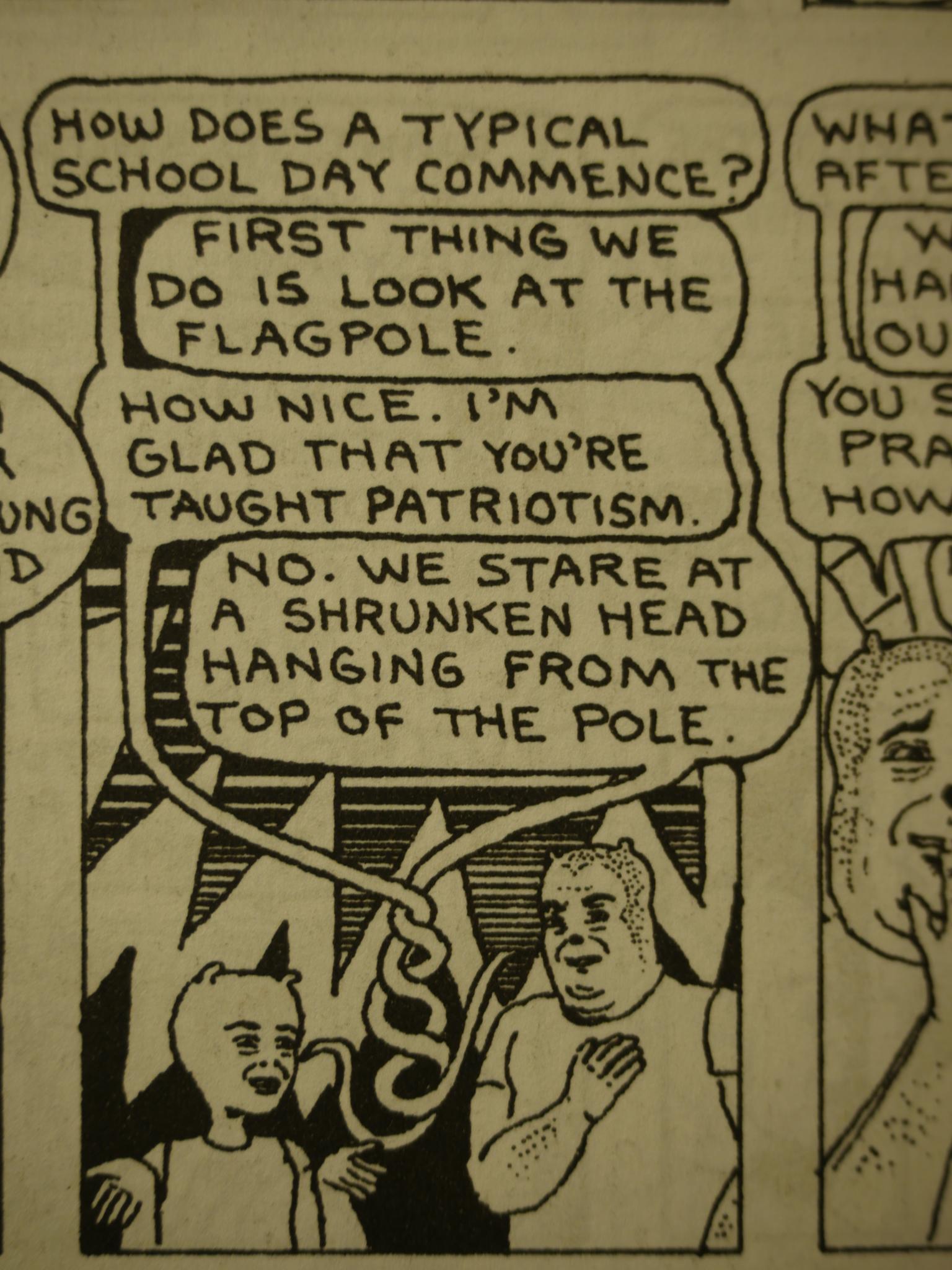 Jablonski’s speech balloon tails also go awry from time to time, and you have to visually untangle them to tell who’s saying what.

A very peculiar reading experience, and quite enjoyable.

Jablonski is still publishing comics today, and it looks like they’ve gotten even stranger now.