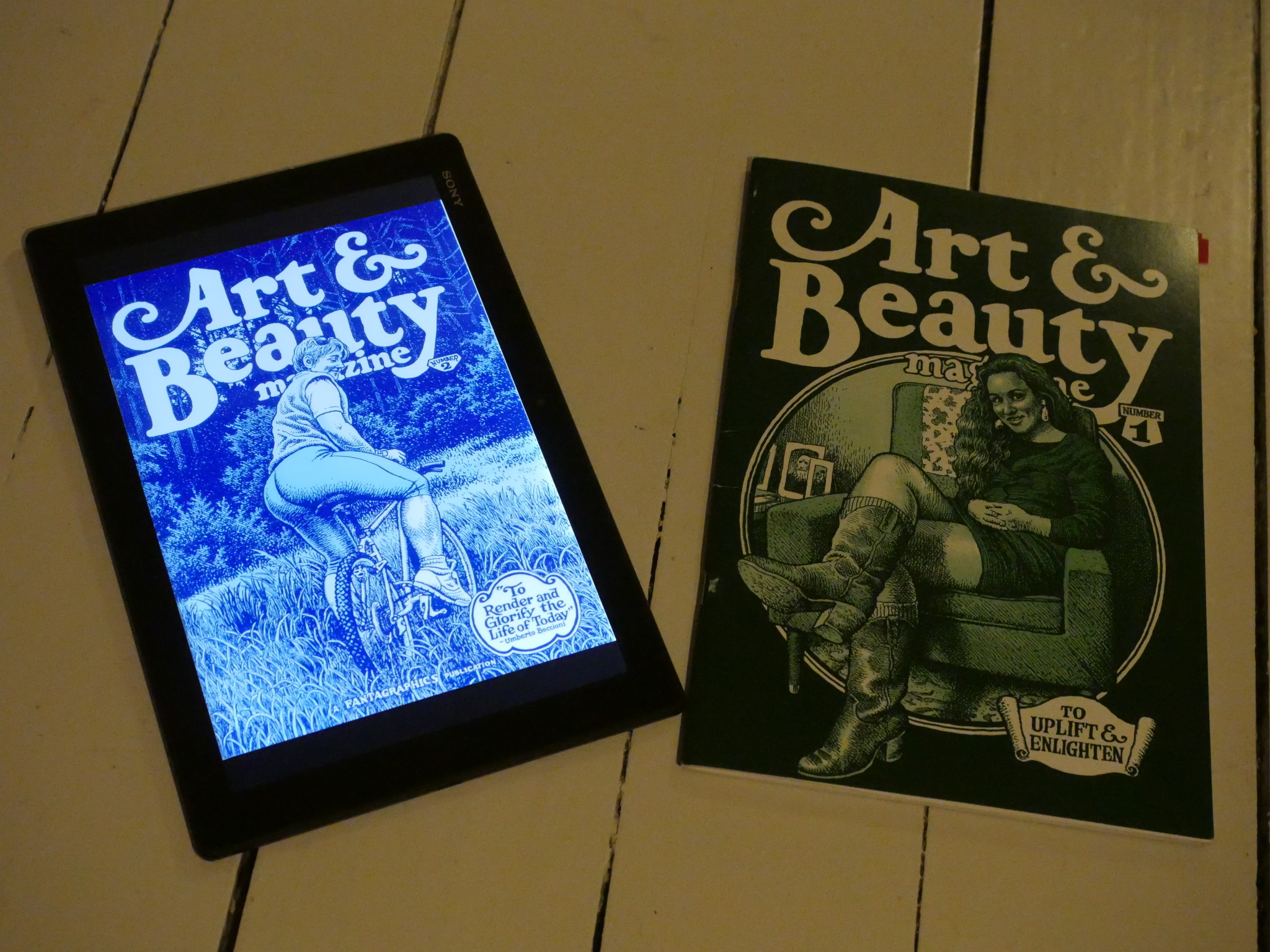 I should have covered this series in the other Crumb blog post, but I just couldn’t find the second issue anywhere. I still haven’t, so, er, a copy fell off a truck. On the internet. And landed in my tablet.

That’s my story and I’m sticking to it. 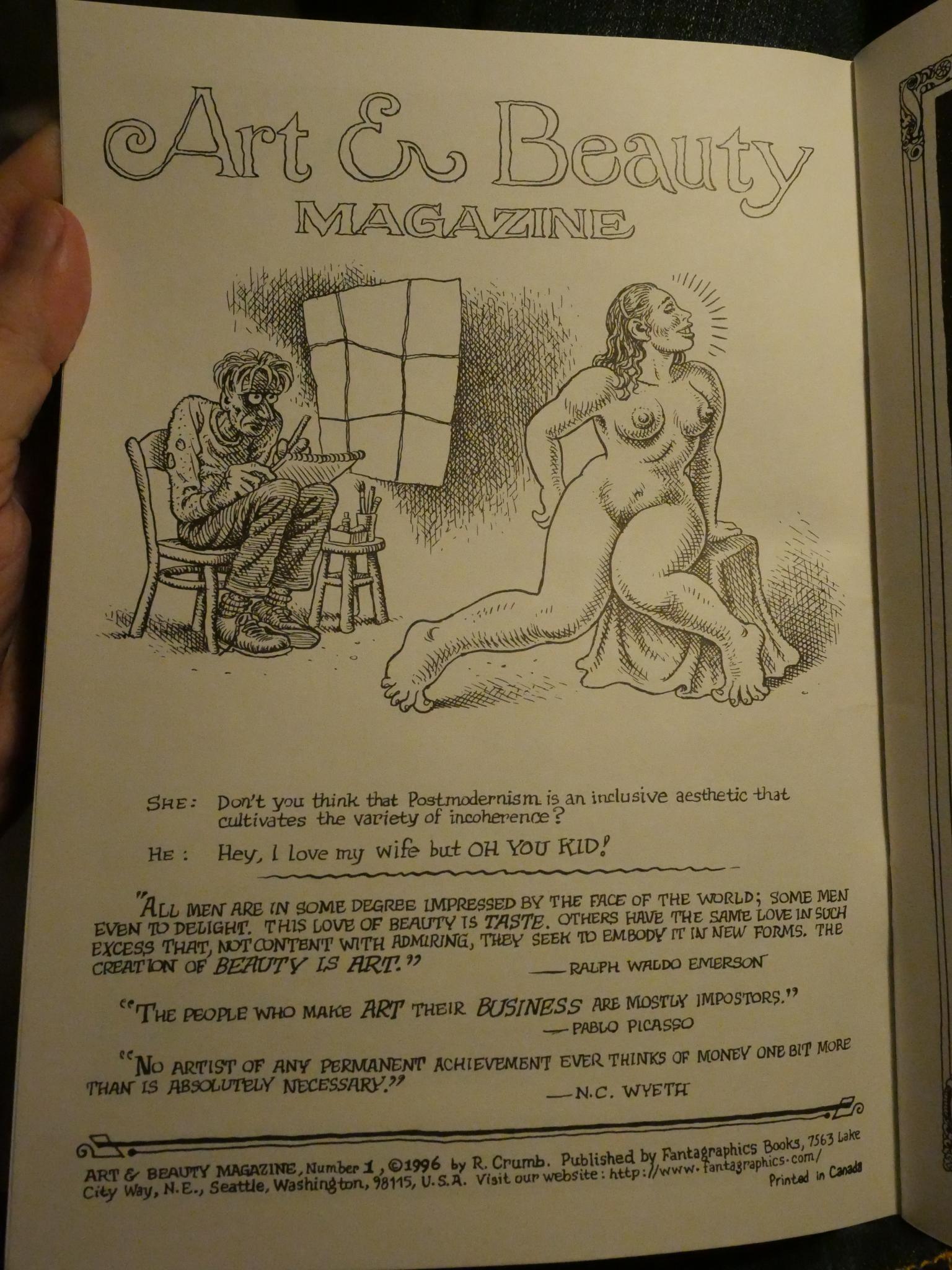 Anyway, this isn’t really a comic book: The page up there is the closest thing to a traditional Crumbian narrative, and it’s not very… narrative… 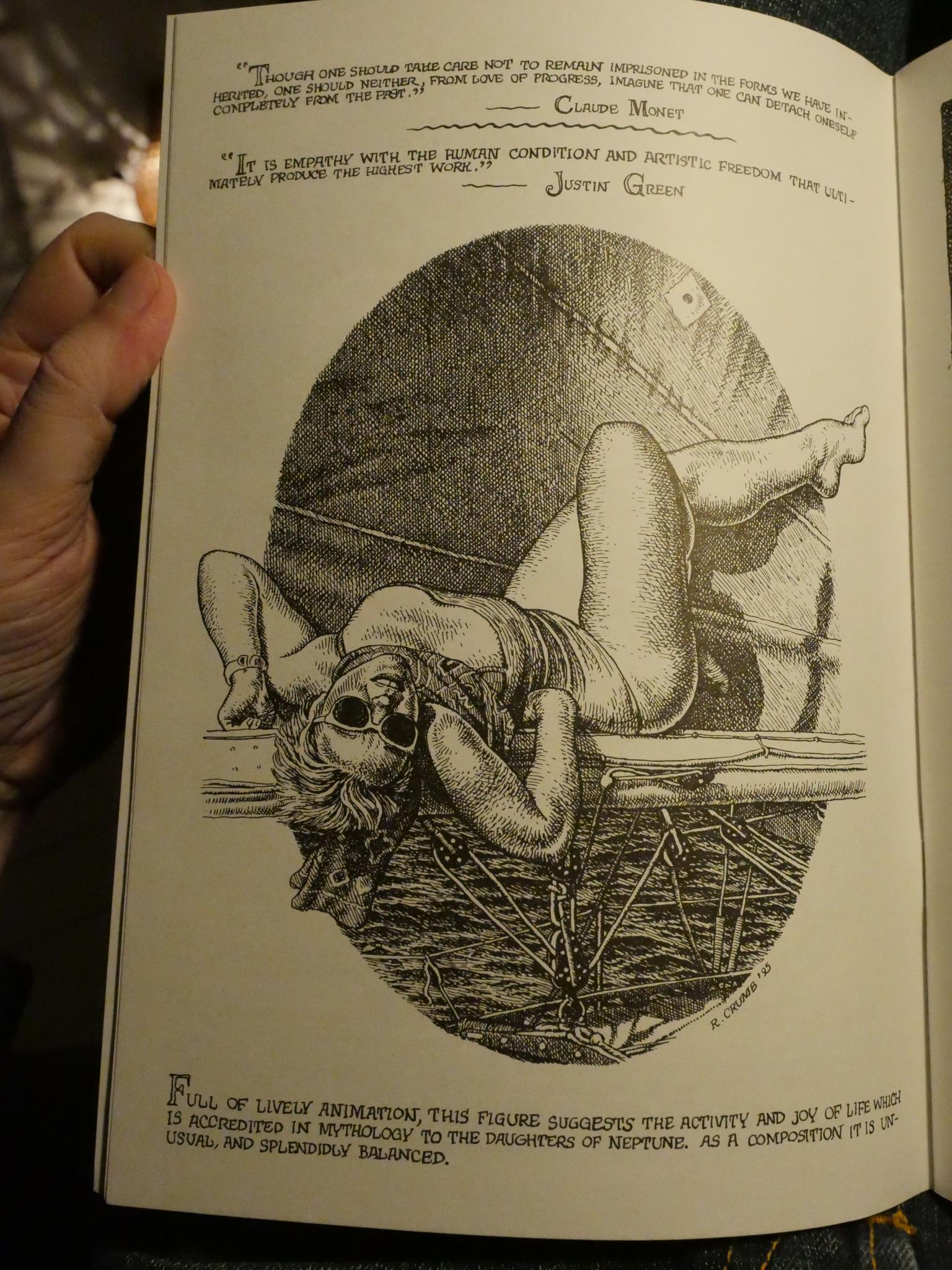 Instead all the pages are basically one drawing a page, presumably not drawn from real life but from photographs and paintings. And then there are quotations from artists about art (and beauty) and some comments on each drawing at the bottom. 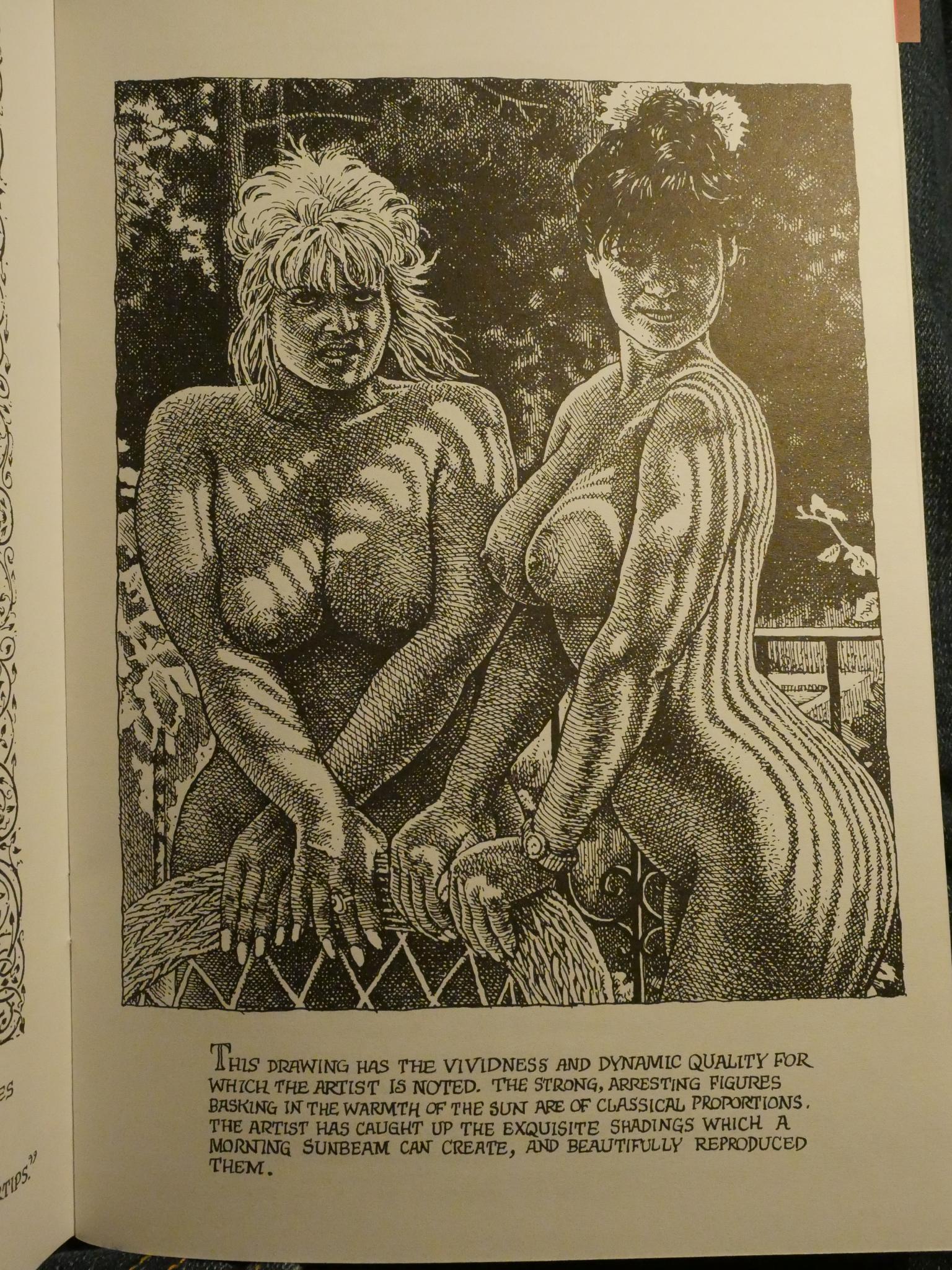 I found these comments bewildering until I reached the end of the second issue. Crumb is heaping lots of praise on “the artist” in these comments, but since he’s the artist, I was wondering whether these were somehow meant to be ironic or funny or anything… And then I realised that I must be reading some sort of pastiche of a genre I’m unfamiliar with: Semi-porn “art” magazines? Is that a thing? Was it ever a thing? Then these comments would make sense… 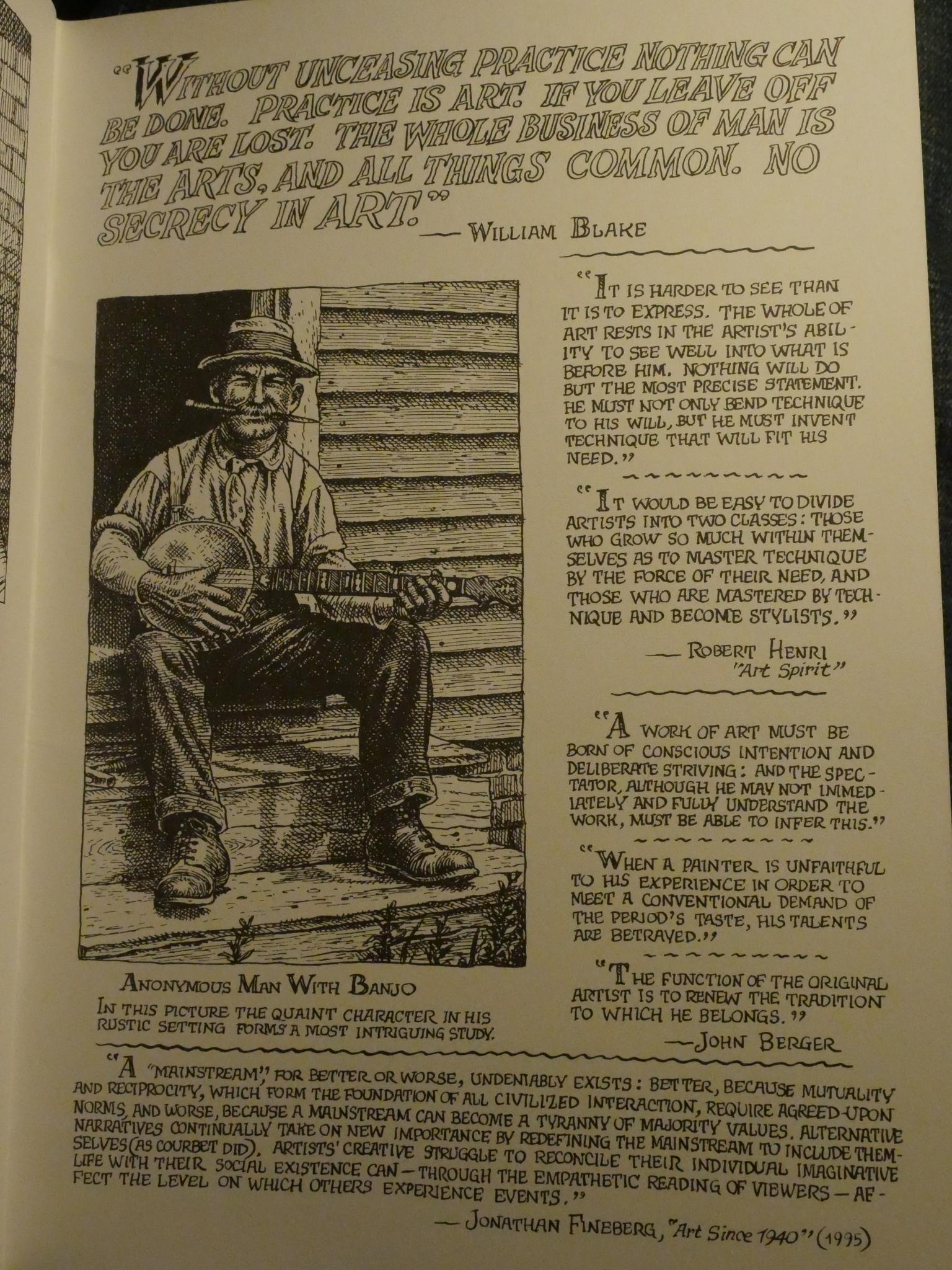 The final issue ends with a manifesto of sorts, about how all artists should practice. And perhaps that’s really the reason behind these books: Crumb just wanted (or needed) to draw, but didn’t want to get into the whole storytelling thing… The second issue starts off with an editorial where Crumb extols modern women for daring to be both buff and sexy at the same time, so the issue would concentrate on female athletes. 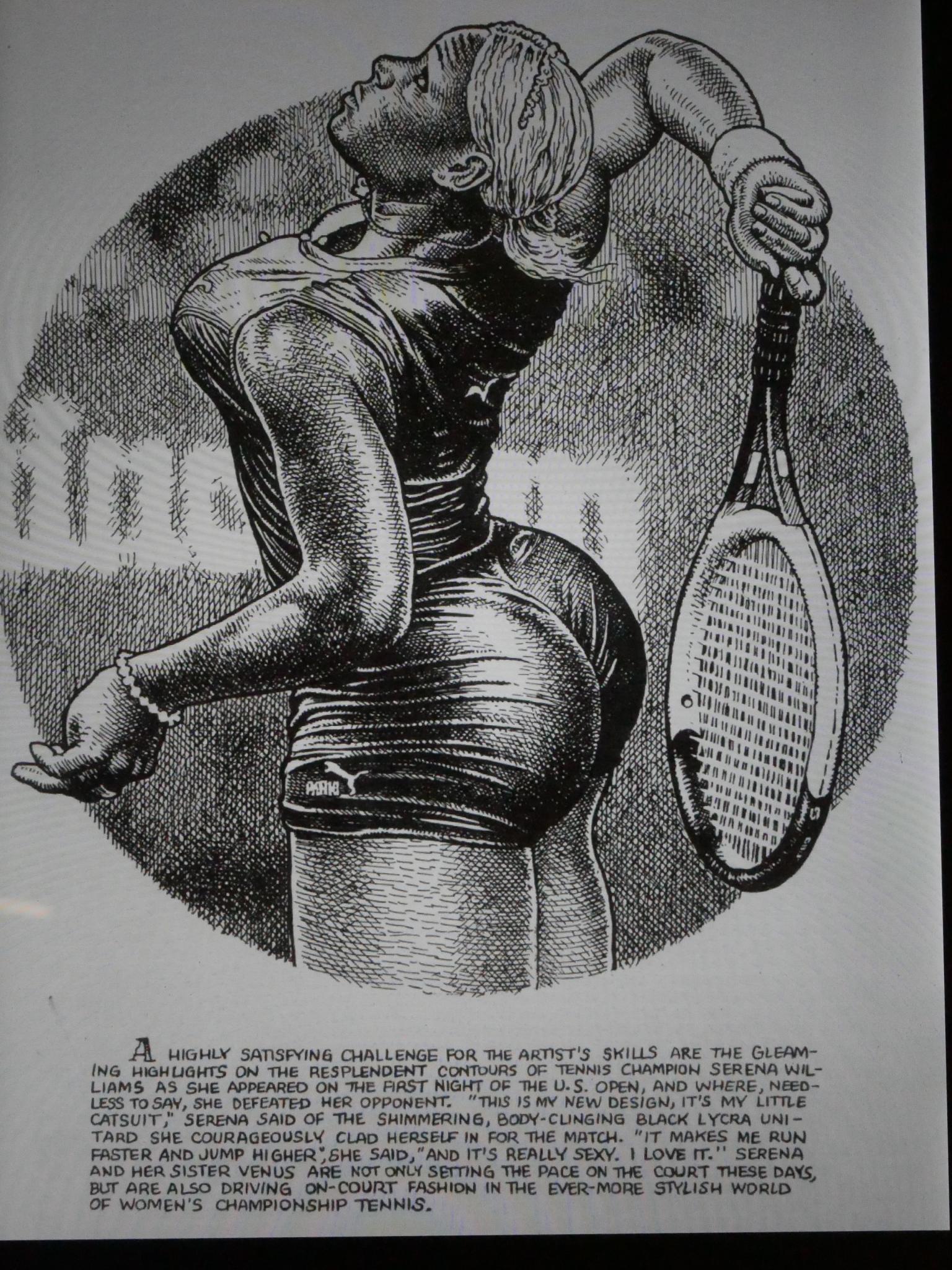 Somehow I don’t think drawings like this will endear him to everbody. But there’s a bunch of less … extreme drawings here, too, so what do I know.

That non-existent editor up there is right, though: These drawings are really good. Crumb seldom goes this obsessively detailed when he’s doing his regular comics.

By amazing coinkidink, the third issue of Art & Beauty Magazine was published today. But it’s not like I obsessive-compulsively have to cover all the Fantagraphics floppies in this series, and I just have to finish it.

A collected edition has also been published.