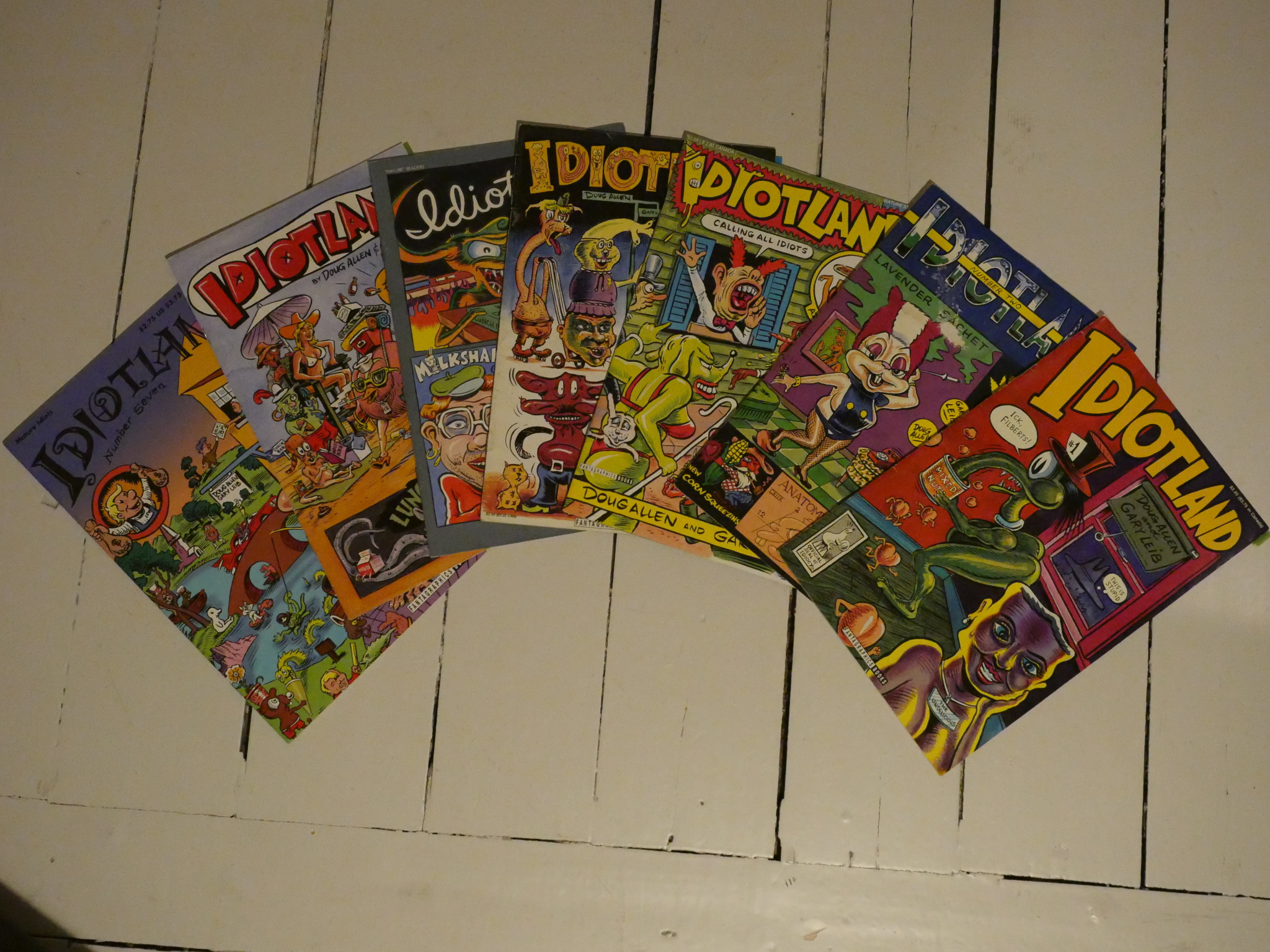 Doug Allen is best known for Steven, I think, while Leib has appeared in a number of anthologies. Idiotland was a shared series: They both do solo pieces, but the majority of the work seems to be collaborative. 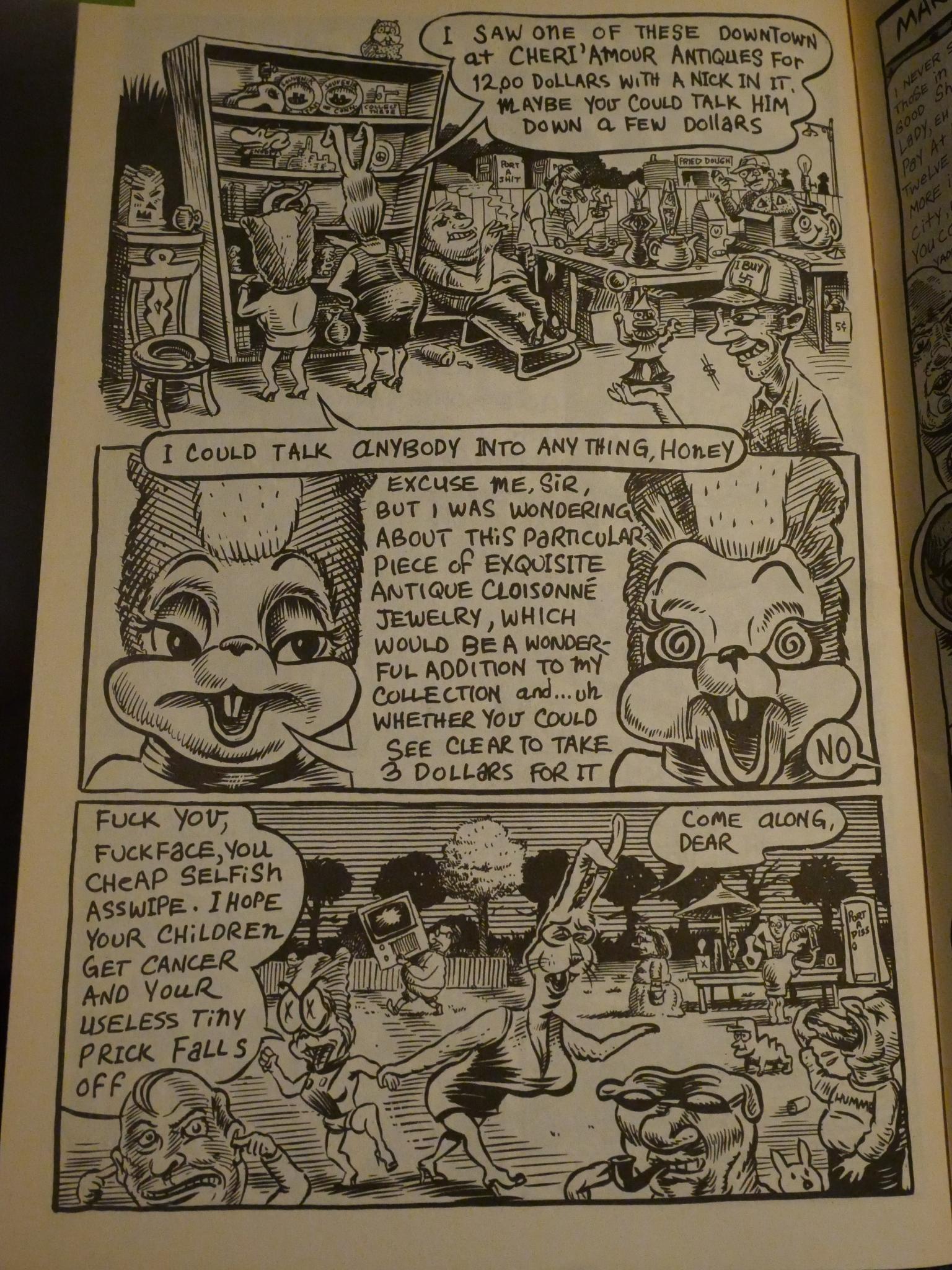 This is a humour anthology with about half a dozen recurring or continuing storylines. The most endearing is perhaps this shopping crazy pair who are always on the lookout for a bargain. 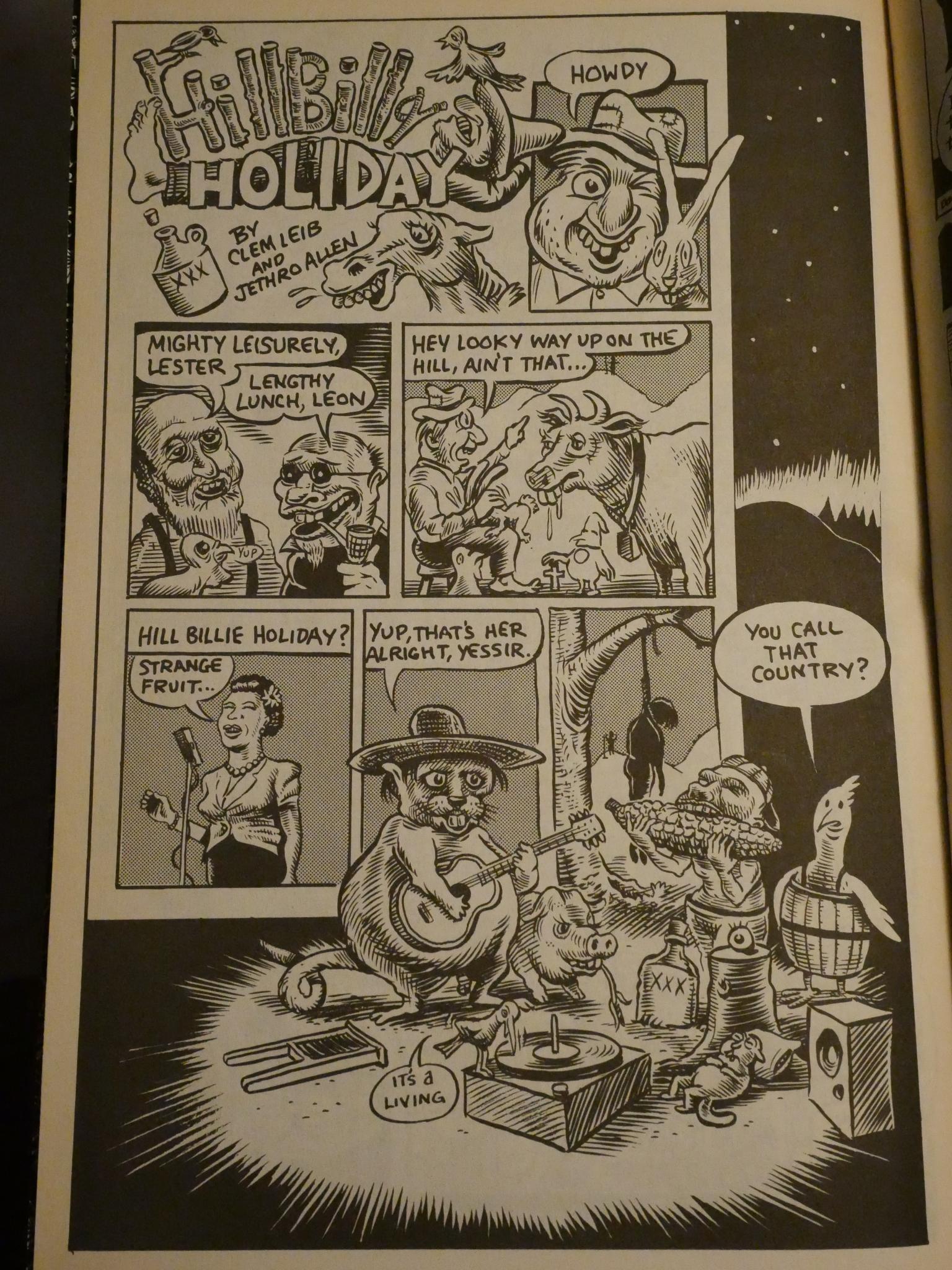 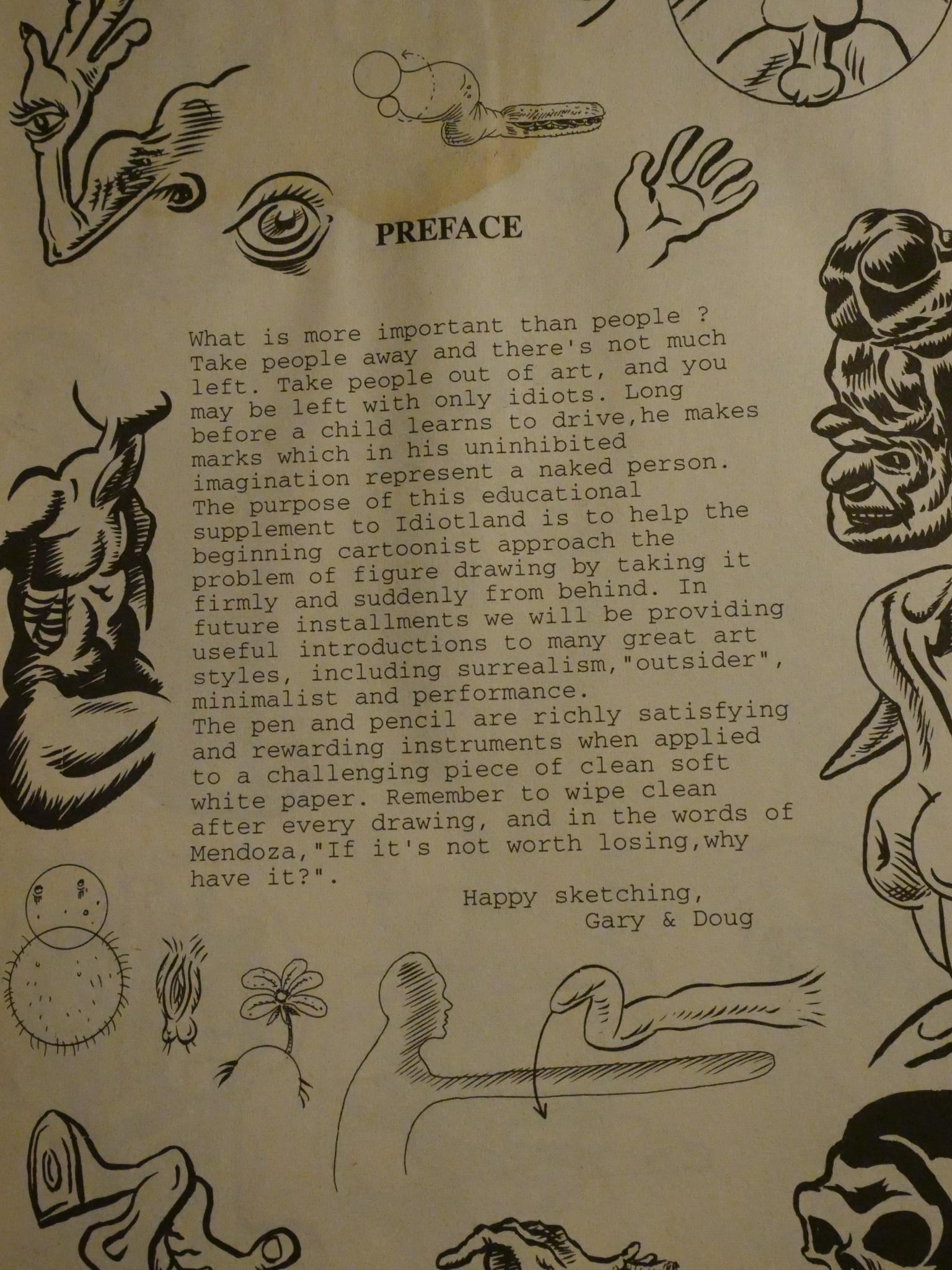 And there’s the occasional art lesson. 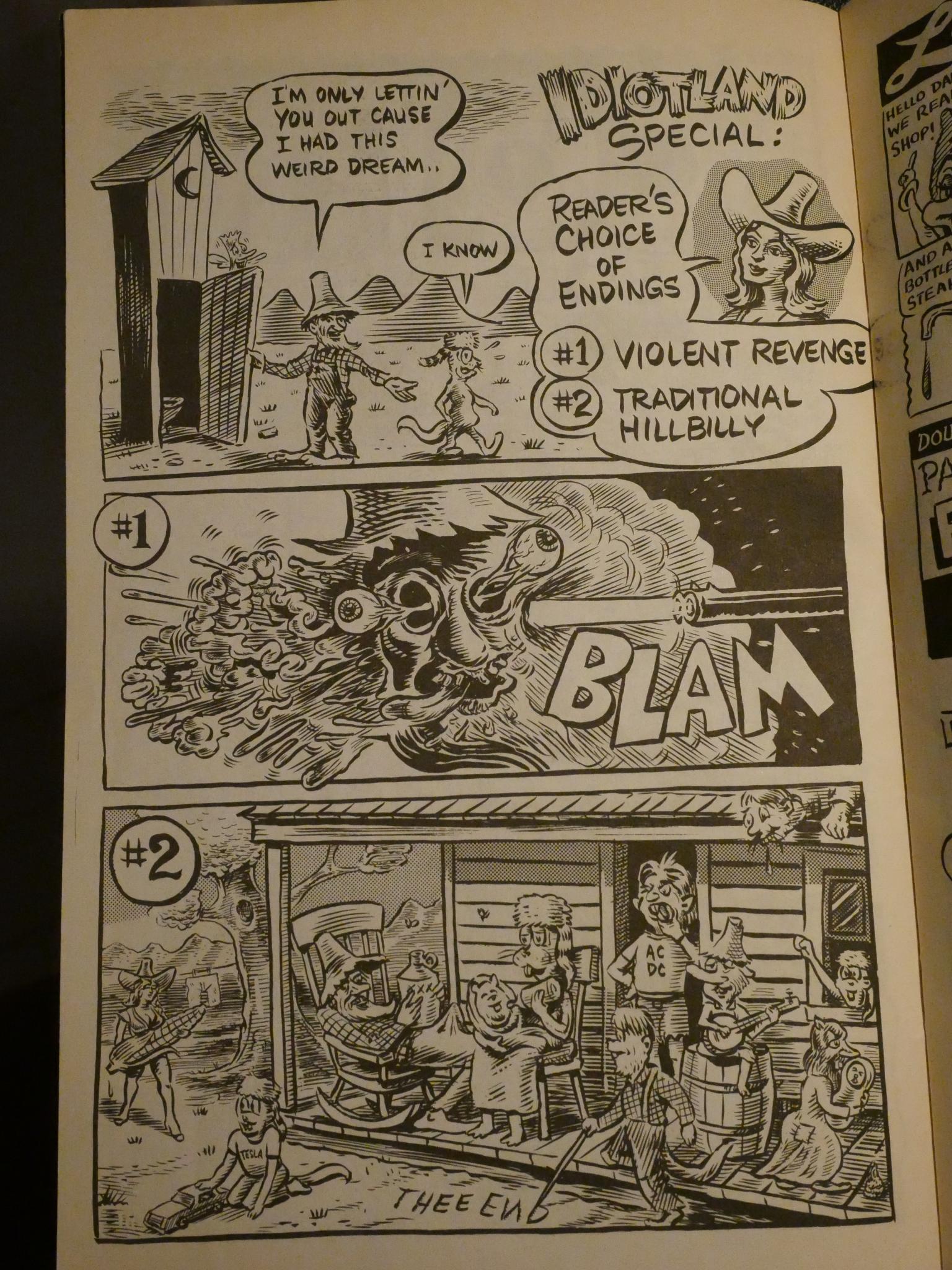 Mostly, thought, it just absurdist nonsense. Even the longer, slightly more cohesive storylines are apt to end at any point.

The artwork has a kinda old-school underground vibe going, with characters that are semi-cartoony/semi-real. 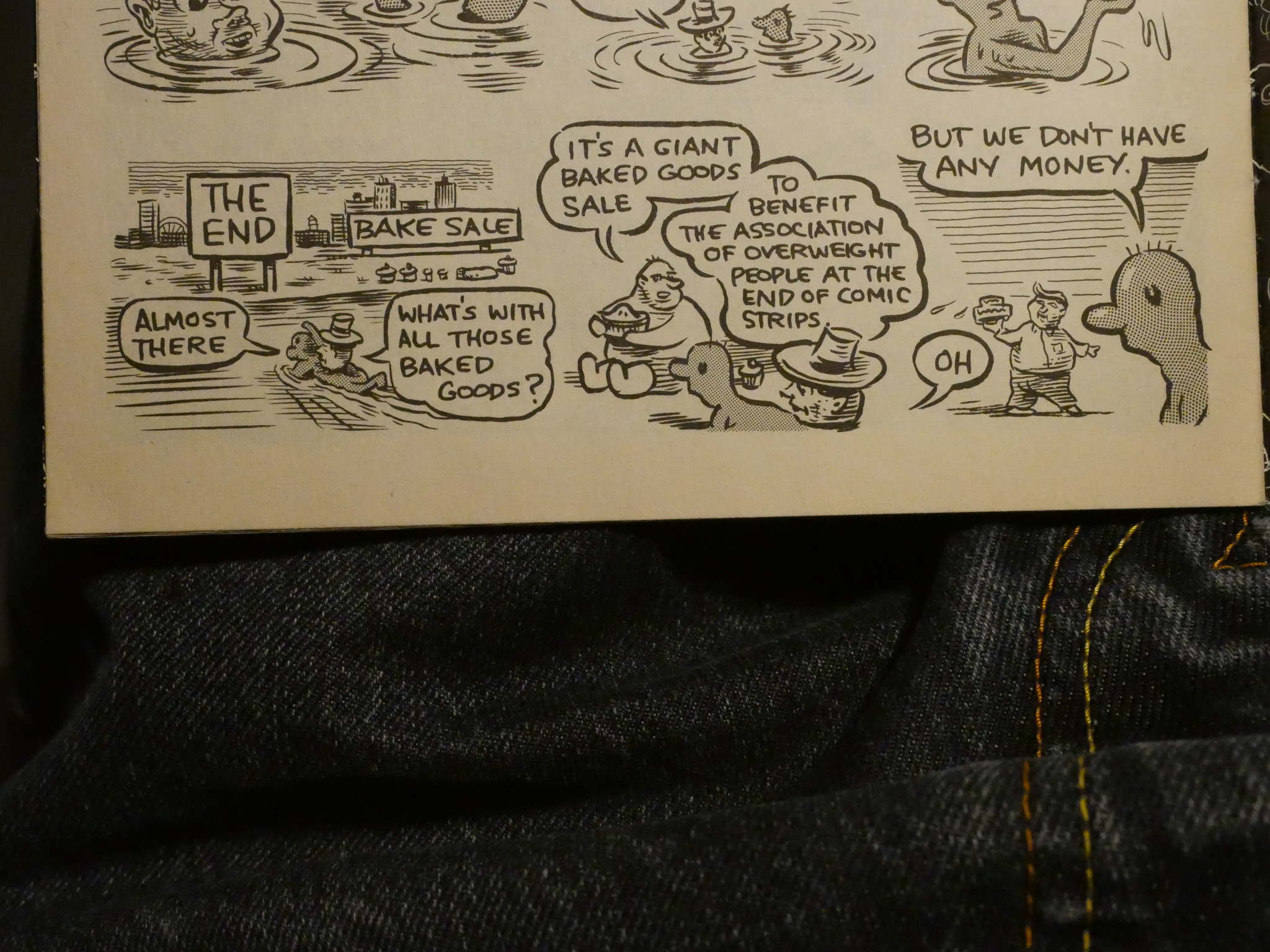 And you can’t deny that some of the jokes are pretty on fleek. 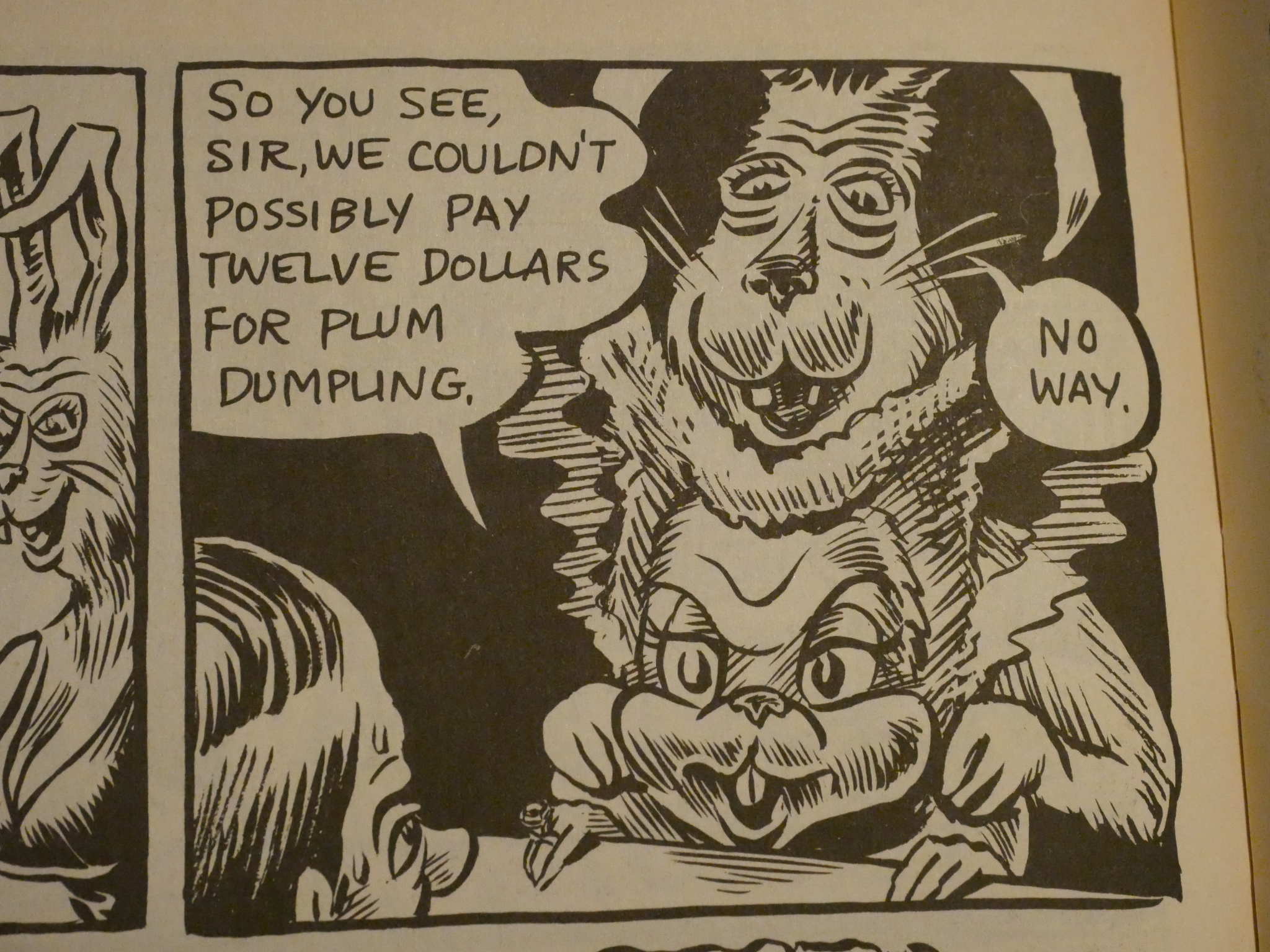 There also seems to be meanings hidden to be teased out. For instance, why is the number “12” repeated over and over again? But, on the other hand, perhaps stuff like that is just put in to satisfy the paranoia of the presumably extremely high target audience. 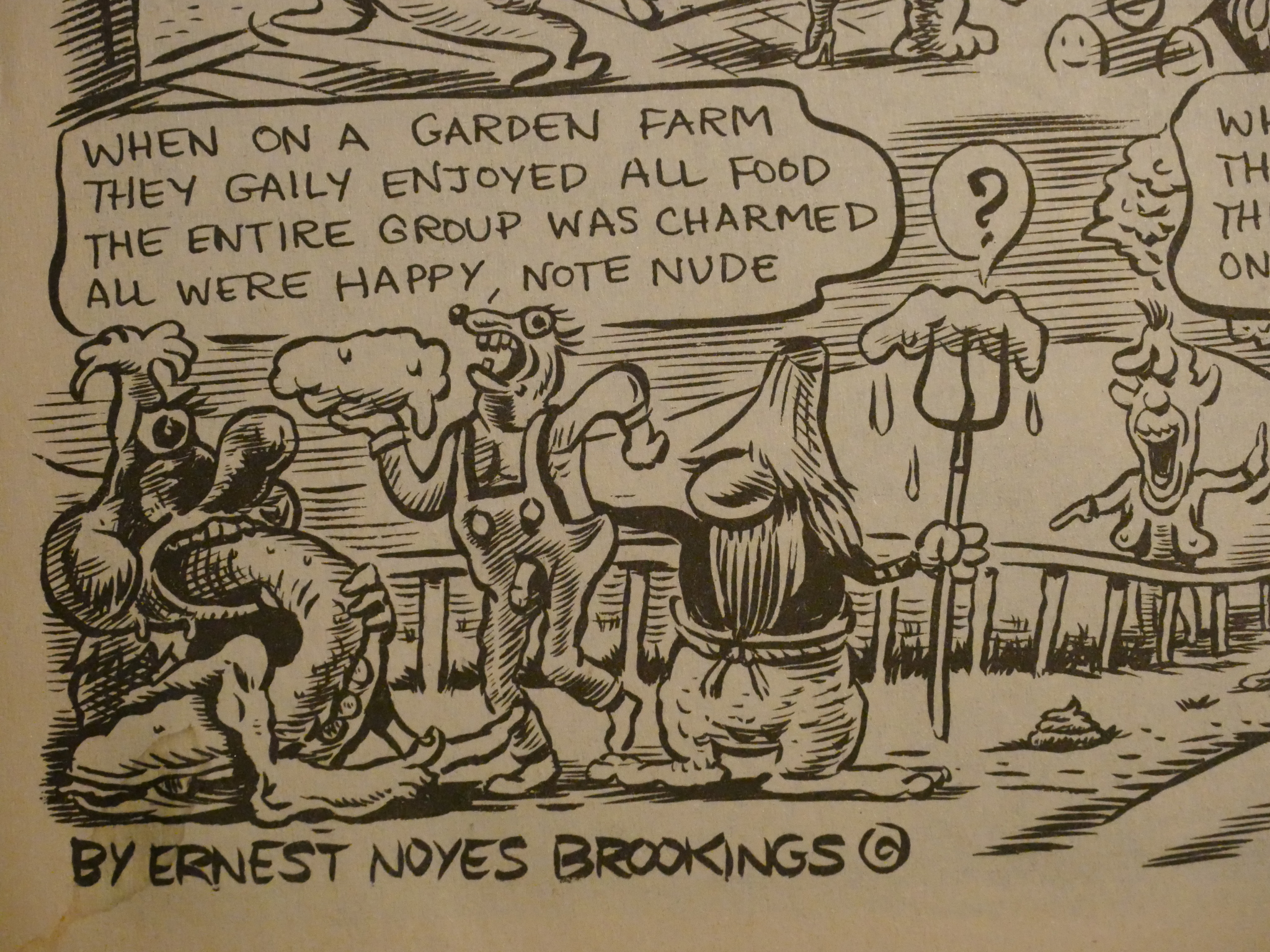 Even though there’s different characters and milieus, all the stories feel pretty much the same. I guess you could say that that lends a certain cohesion to the book. The only bits that stand out is this nonsense song by Ernest Noyes Brookings… 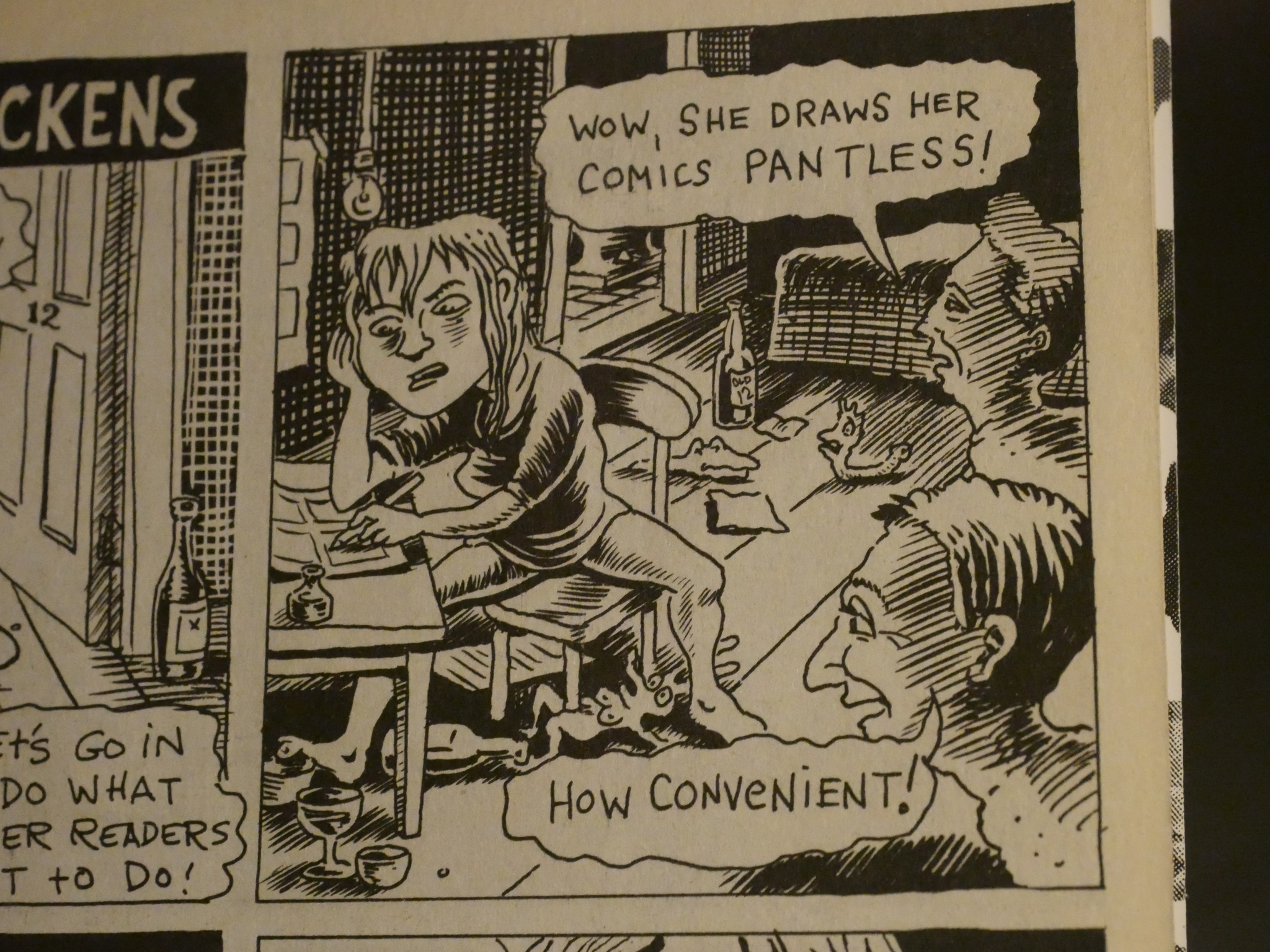 … and this Julie Doucet homage/parody/whatever. 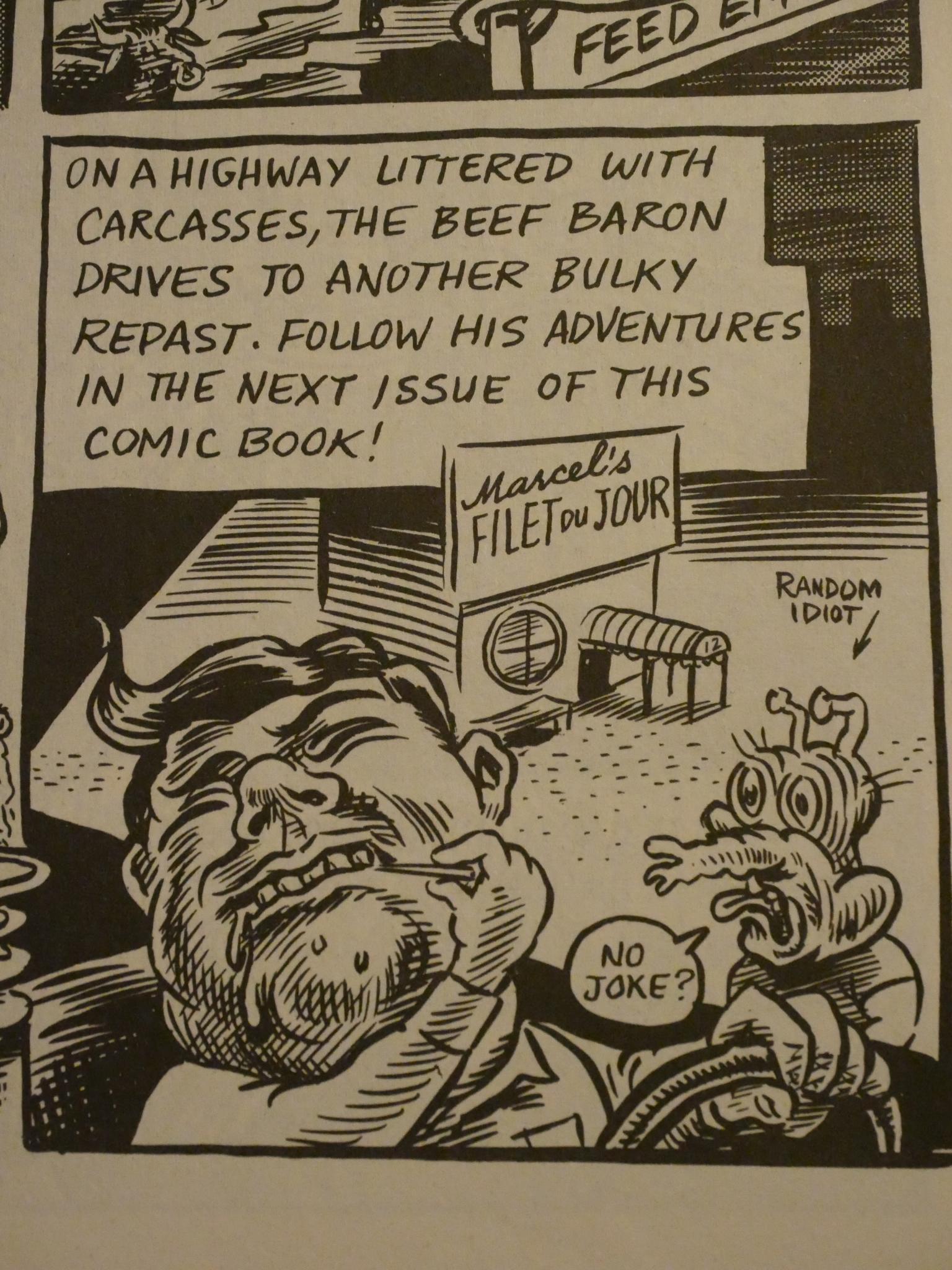 And then the series in the traditional Fantagraphics fashion, with all the strips saying “to be continued”.

Idiotland was nominated for “Best New Series” for the Harvey awards in 1994, so I guess quite a few people liked it.