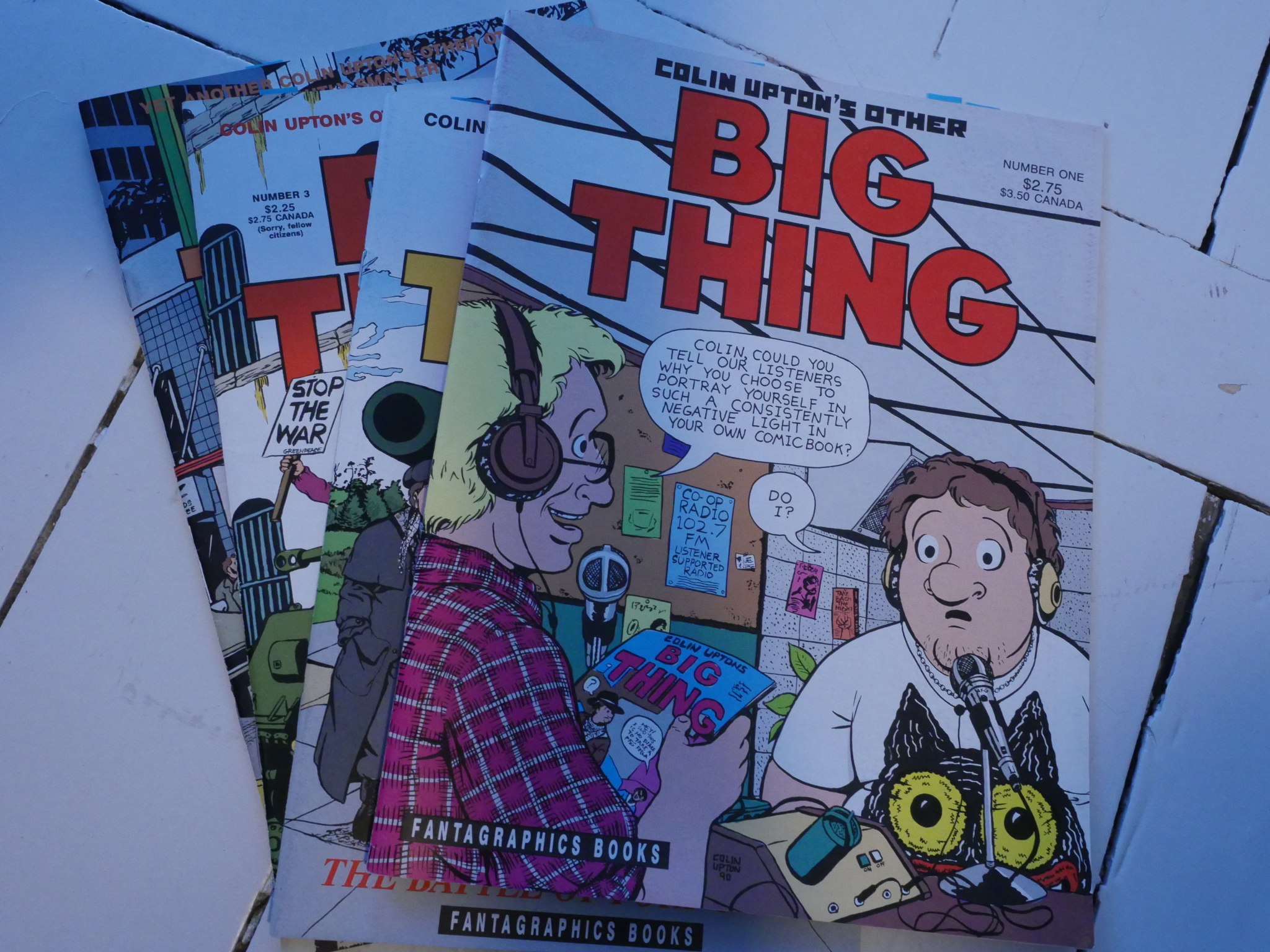 Anyway, we’re talking about slice-of-life stories with a particularly late-80s flavour. Even if we’re in the early 90s. 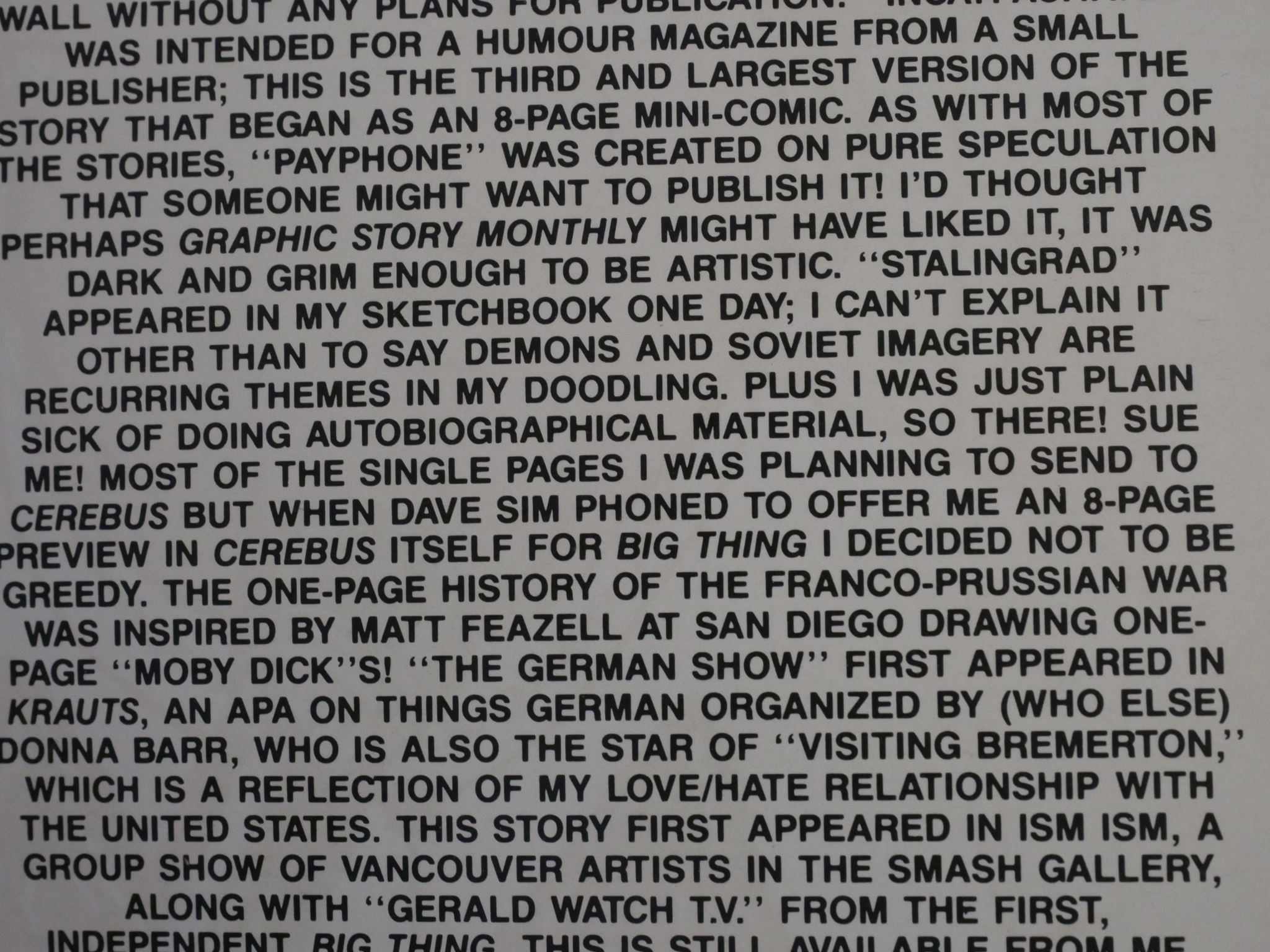 The stories are mostly slice-of-life, but mostly not really in the tradition of Harvey Pekar or R. Crumb. Instead they’re mostly anecdotes of interesting things that have happened to Upton, and you could imagine him telling you these over a cup of tea somewhere.

Not extremely soul-searching or harrowing, and you can see Upton chafing under (imagined?) pressure to be more “raw”, which may explain the quip up there about Graphic Story Monthly.

It’s not all autobio, though. There’s the occasional, er, whimsical? story like this one, with angels and devils: 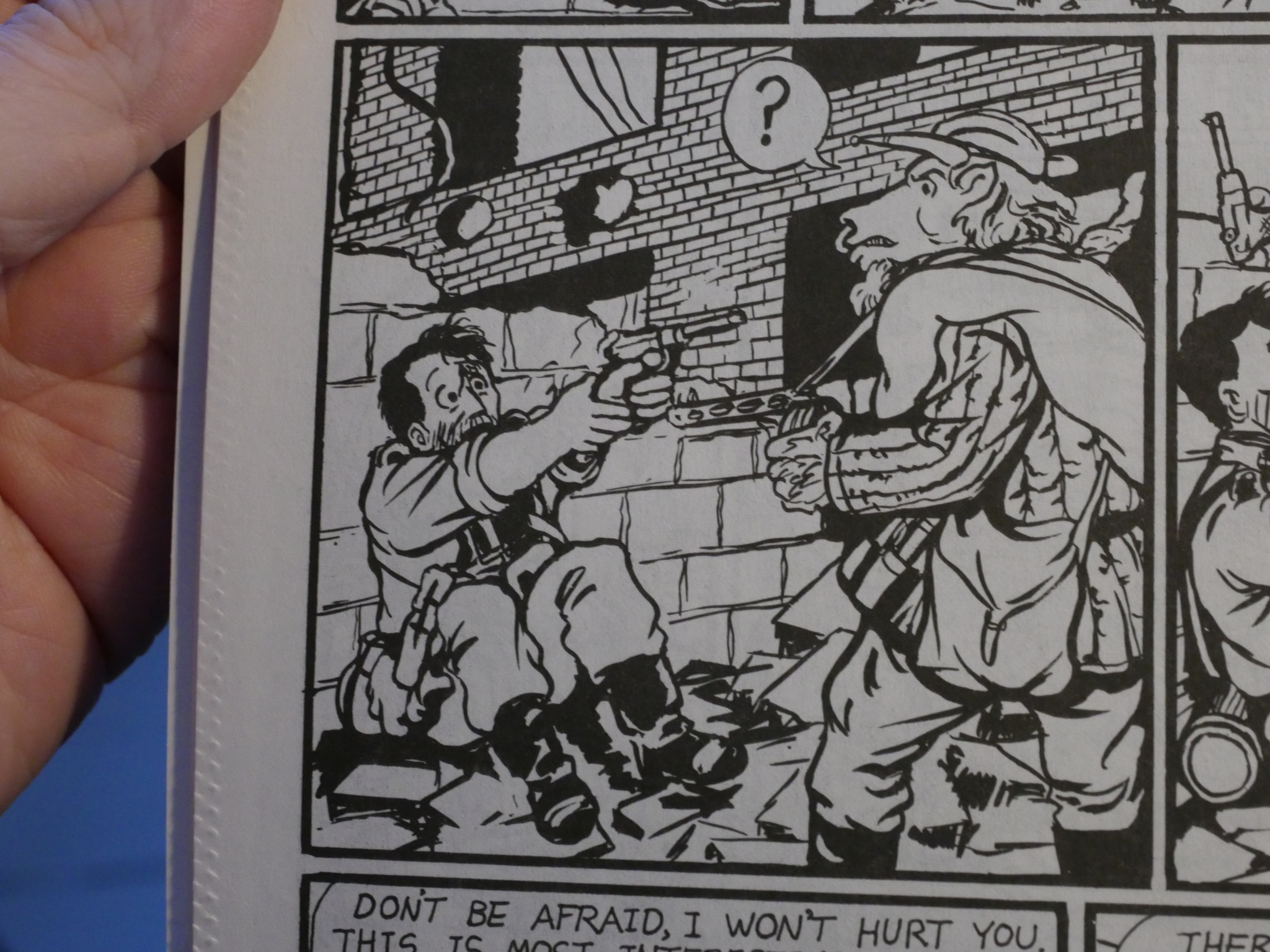 But it’s mostly anecdotes, and some of them aren’t very exciting: 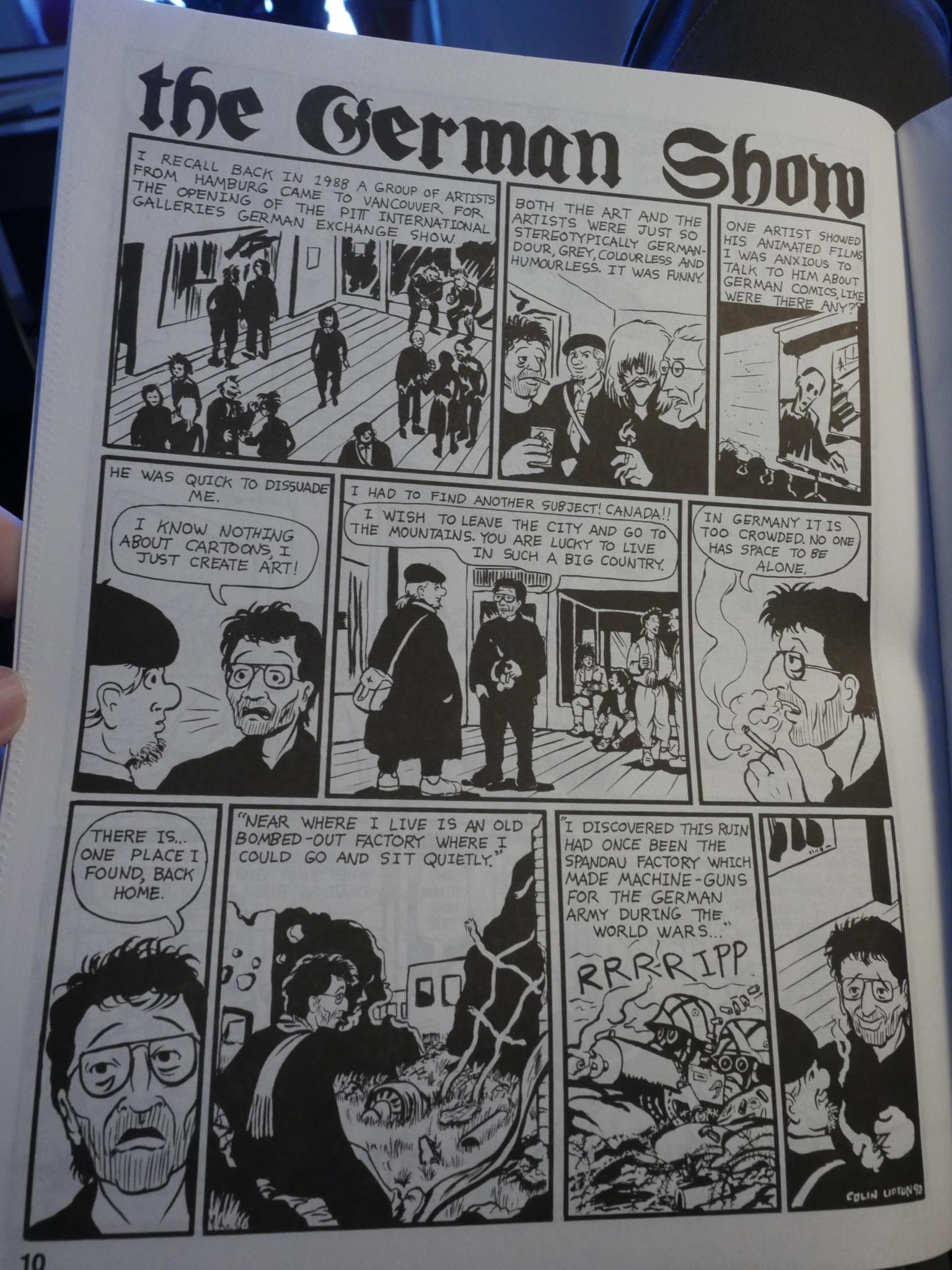 As for the art, it’s kinda lumpy, isn’t it? It’s clear and understandable, but I just… don’t really enjoy it much. 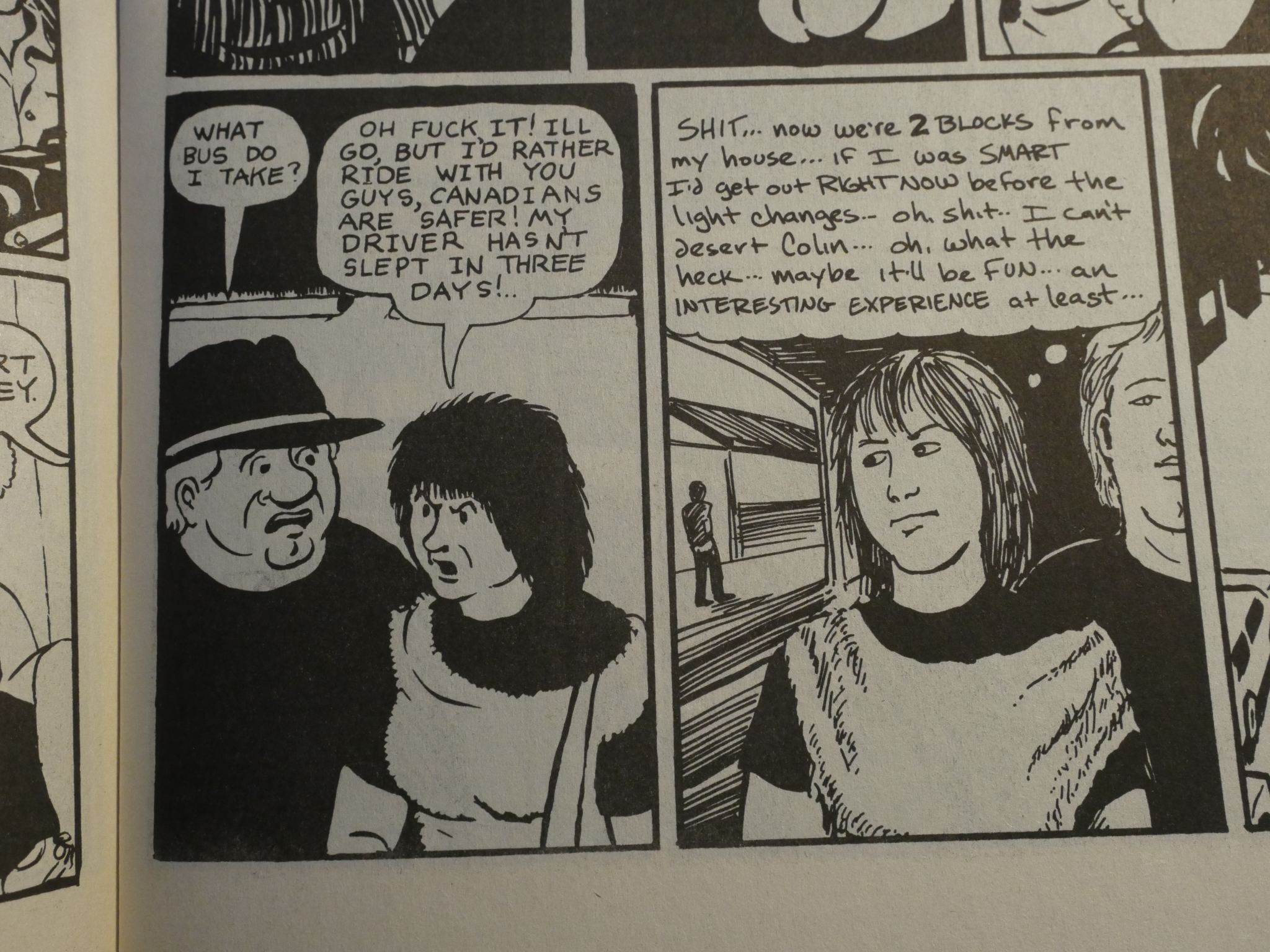 In perhaps the most exciting tale in these issues, Upton joins The Haters (GX Jupitter-Larsen noise/performance thing) for a performance, and there is So Much Drama. Mostly because Upton is so scared of getting arrested that it starts being annoying in the retelling.

But it’s a good story. And above we see Roberta Gregory, first drawn by Upton and then by Gregory. Always fun to see two autobio depicting the same scene. Compare and contrast. 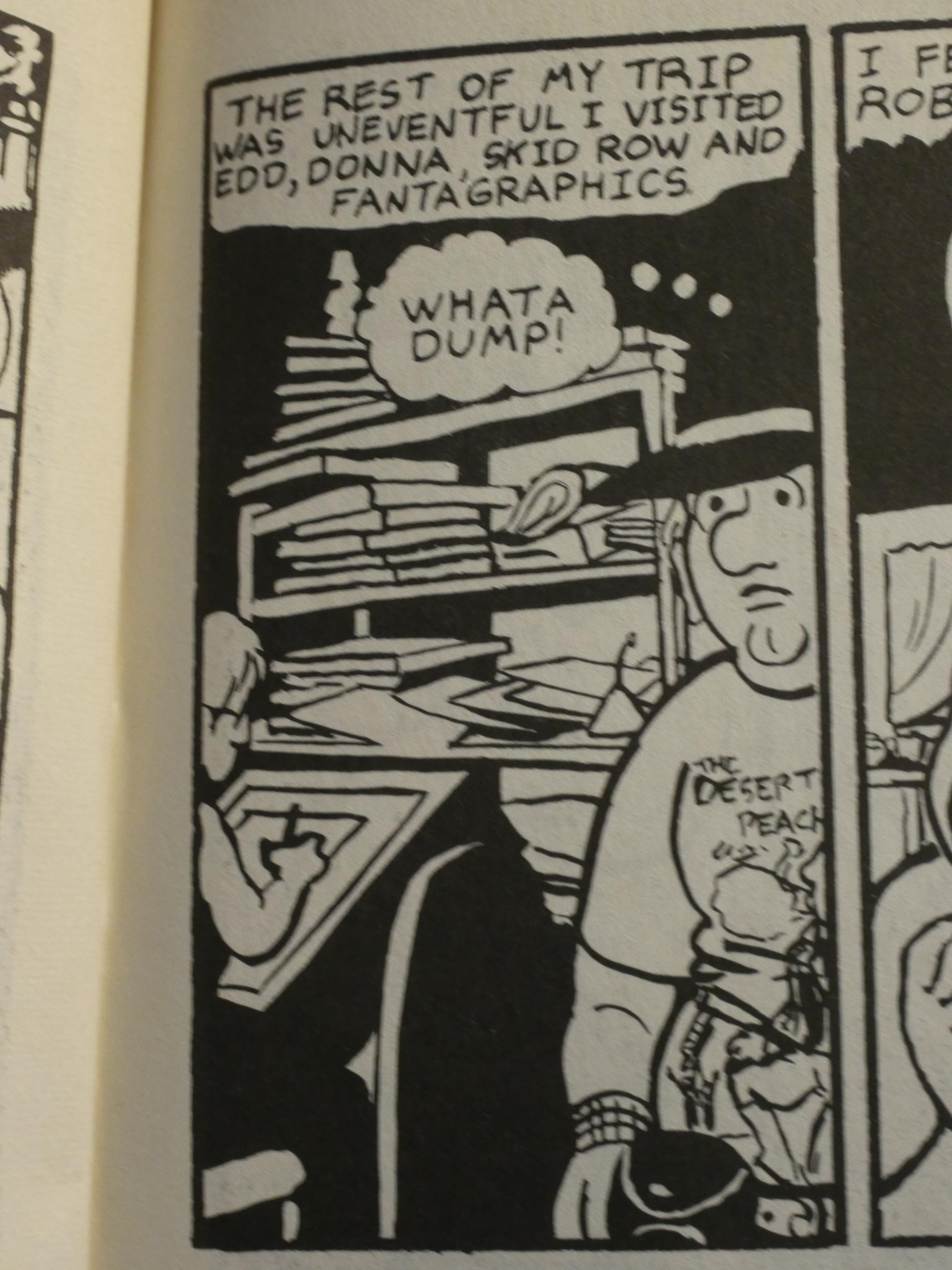 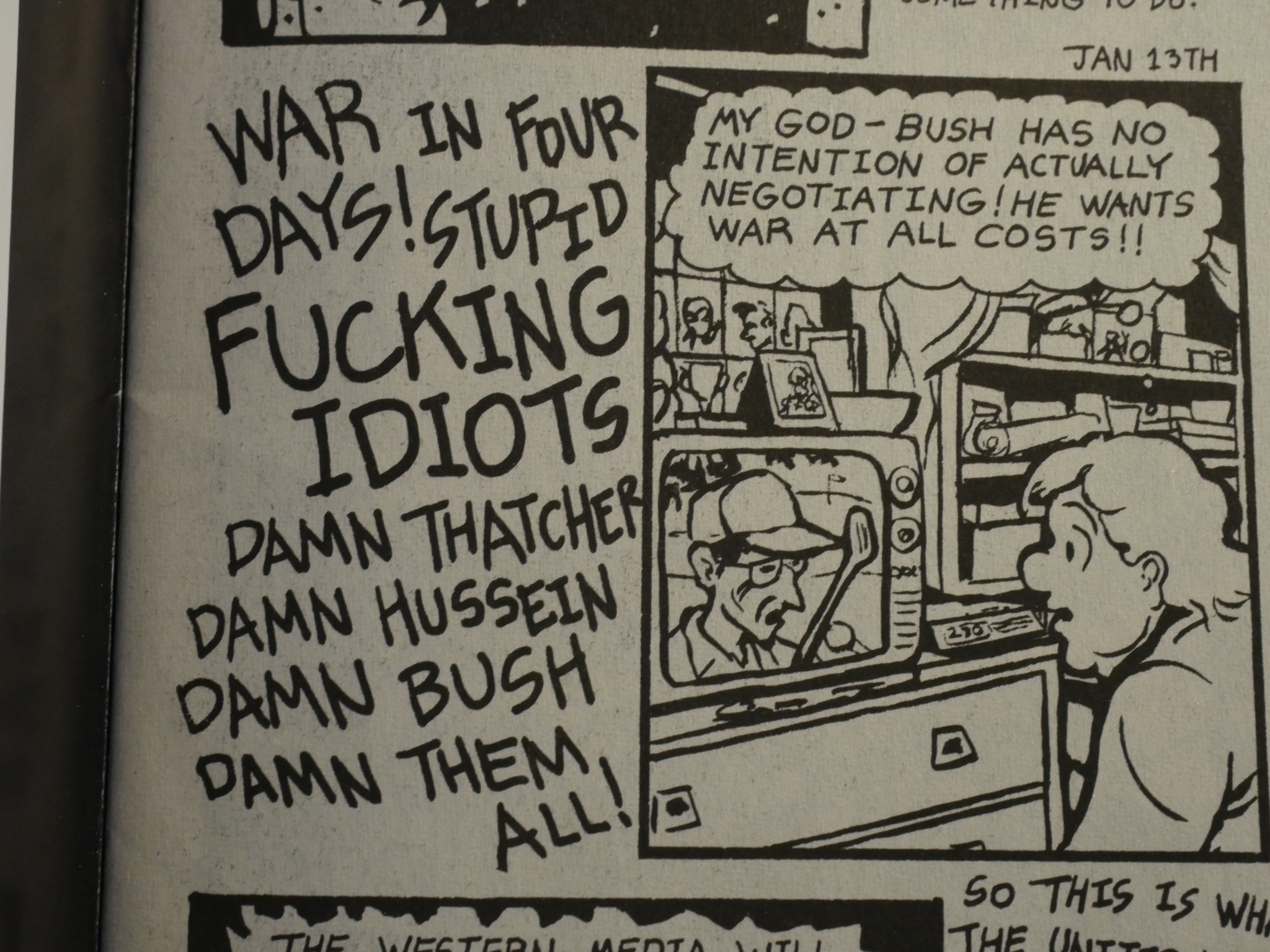 The third issue is mostly about participating in demonstrations against the … er… first Bush gulf war? I’ve lost count at this point. It’s a very angry issue, and it should be. 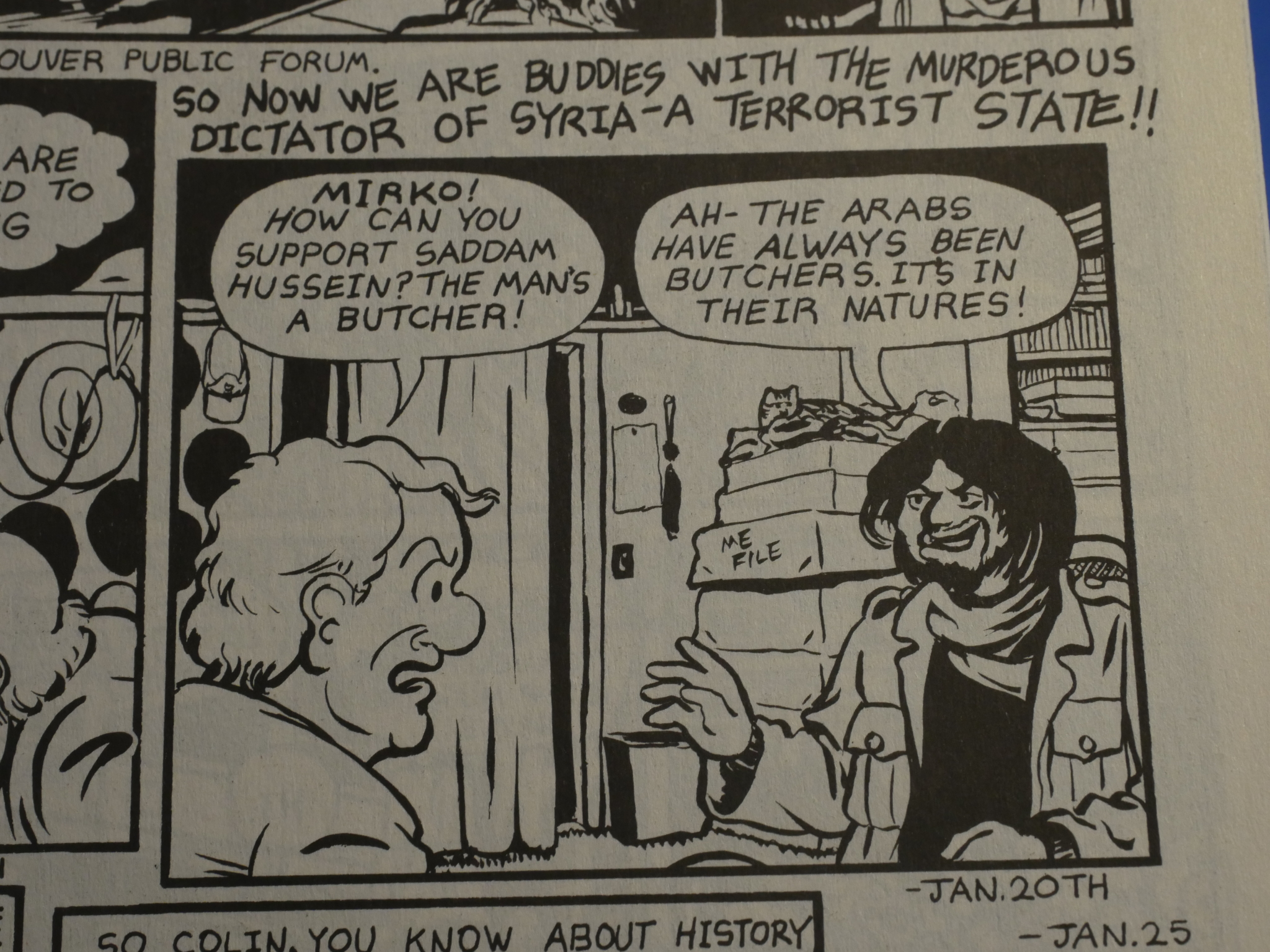 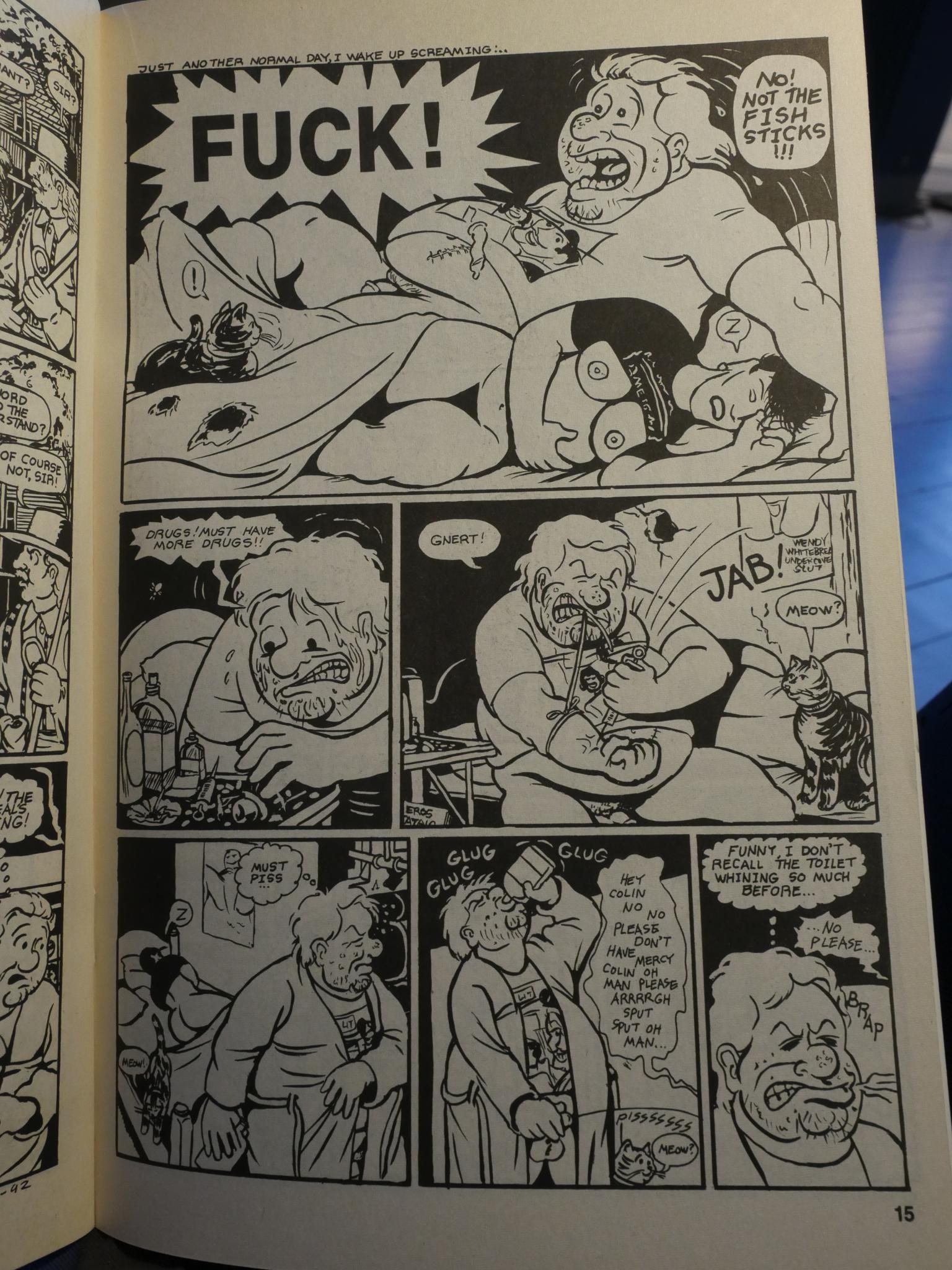 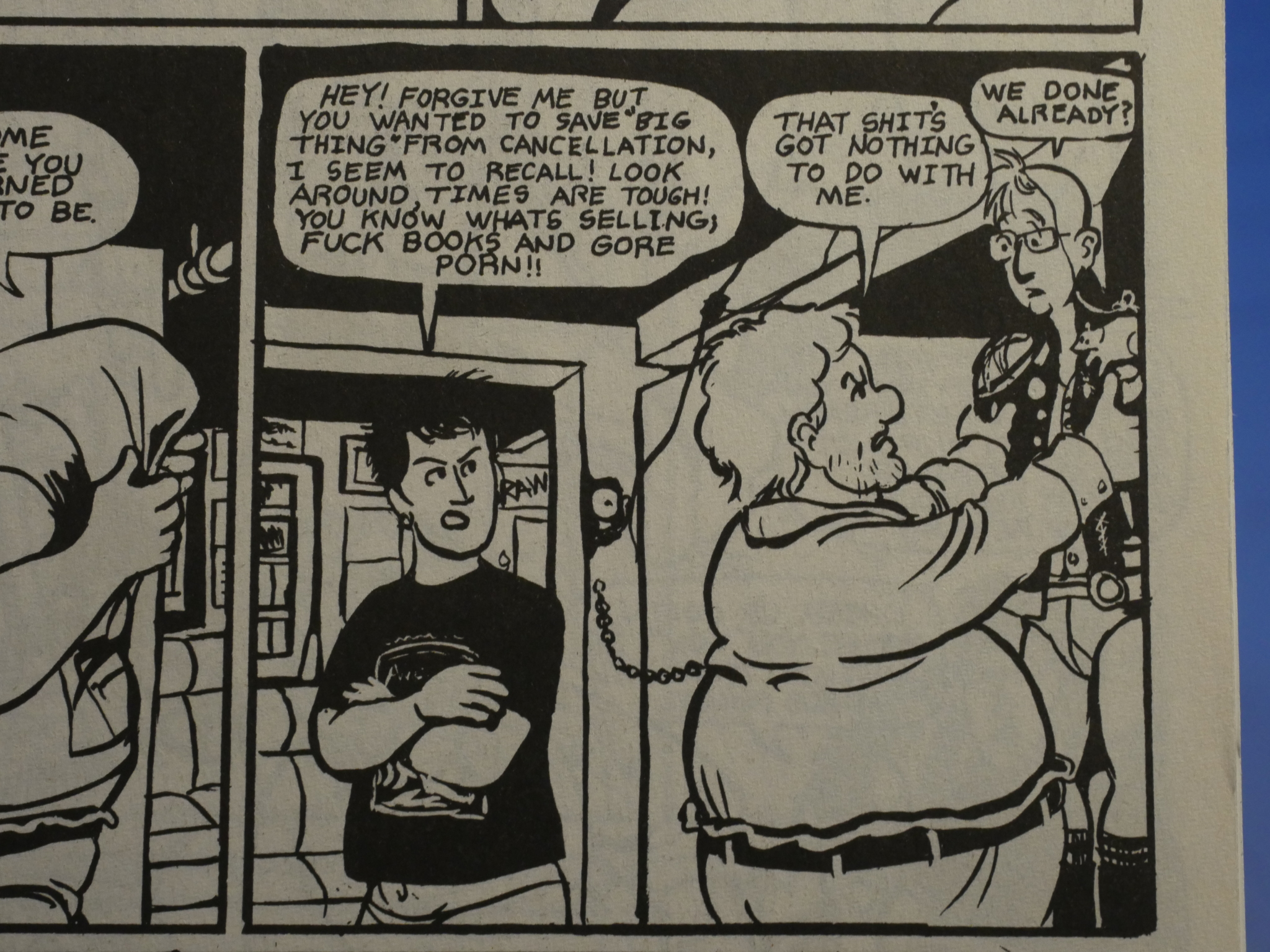 Yeah, yeah… 1991 was a sucky year to try to get non-genre earnest work published. 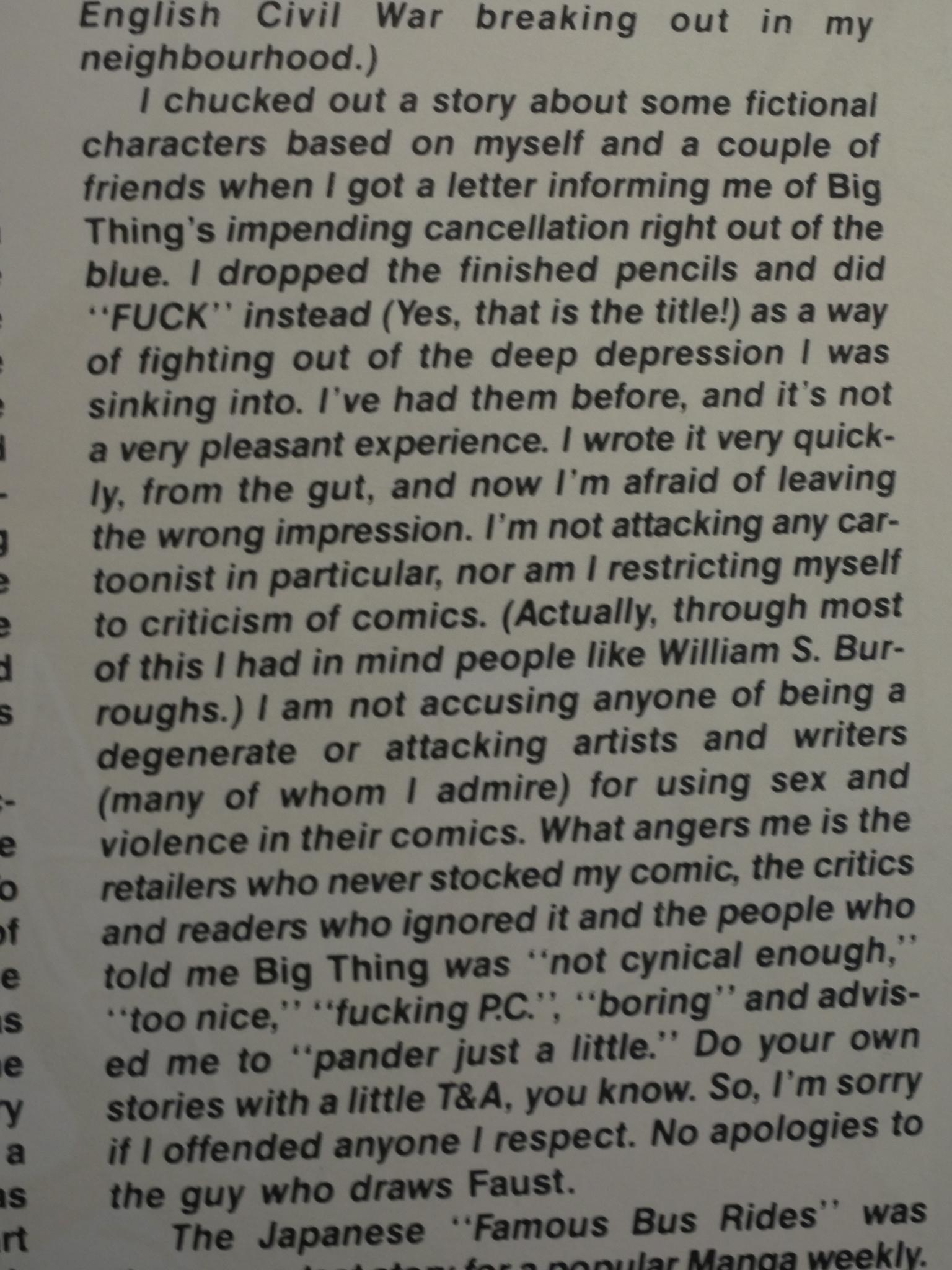 “No apologies to the guy who draws Faust.” Heh heh.

Anyway, that was it. After four issues, Big Thing was cancelled.

I remember reading this at the time and enjoying it quite a bit (especially the political angry bits), but the series has problems. There’s nothing wrong with doing anecdotes, but cumulatively they don’t really seem to be going anywhere.

It’s a nice series, but it’s not all that memorable.

Oh, and he has a comic book store now.