By Eddie Campbell and various. 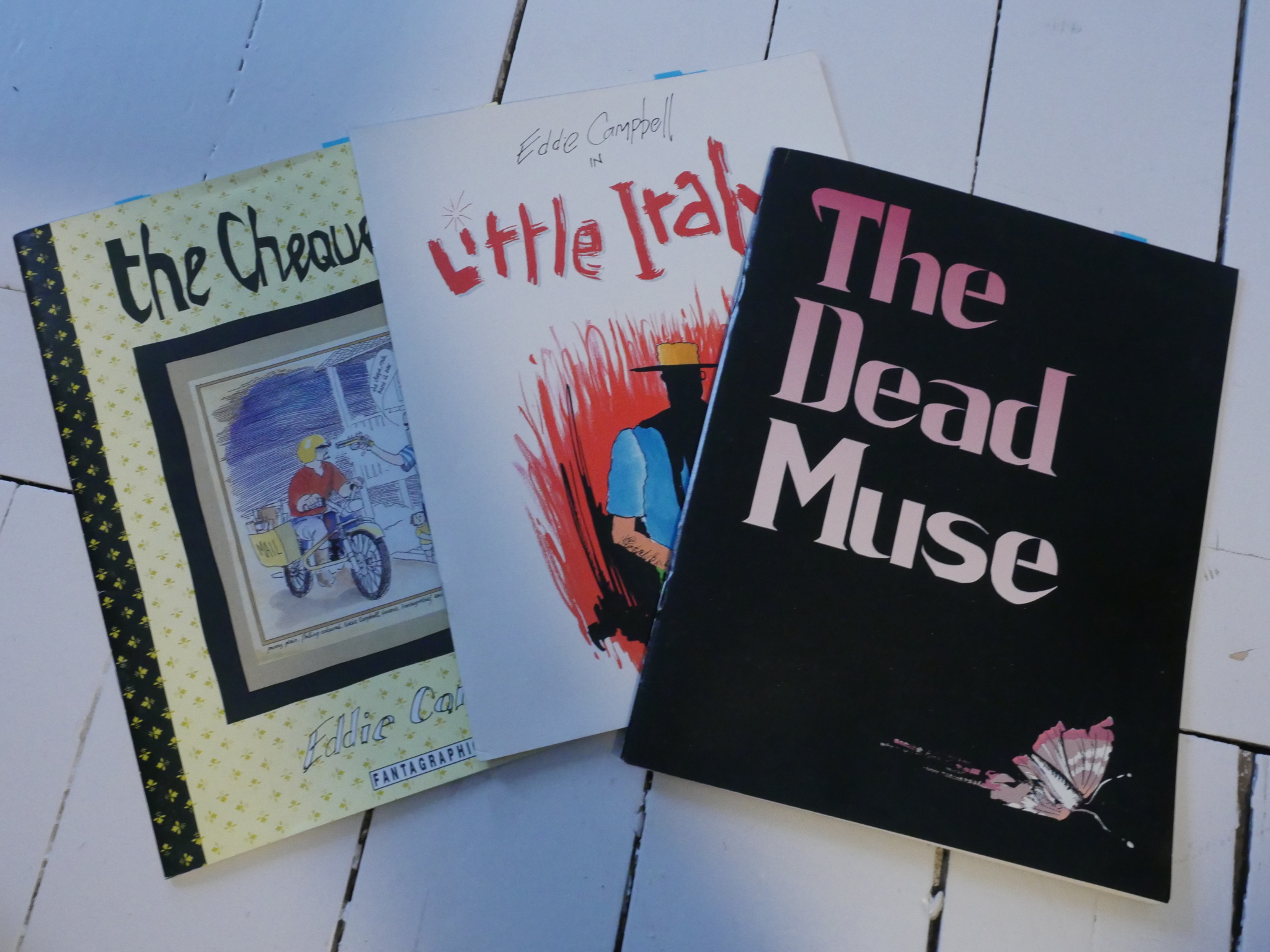 These three comics were published in a transitional phase of Eddie Campbell’s career. He’d published an acclaimed series of autobiographical stories under the collective name “Alec”, mostly in British anthologies and collections, but also in a series of collections. He’d tried to get underway a series of Deadface books, which weren’t, er, very acclaimed or commercially successful, and he’d moved to Australia. 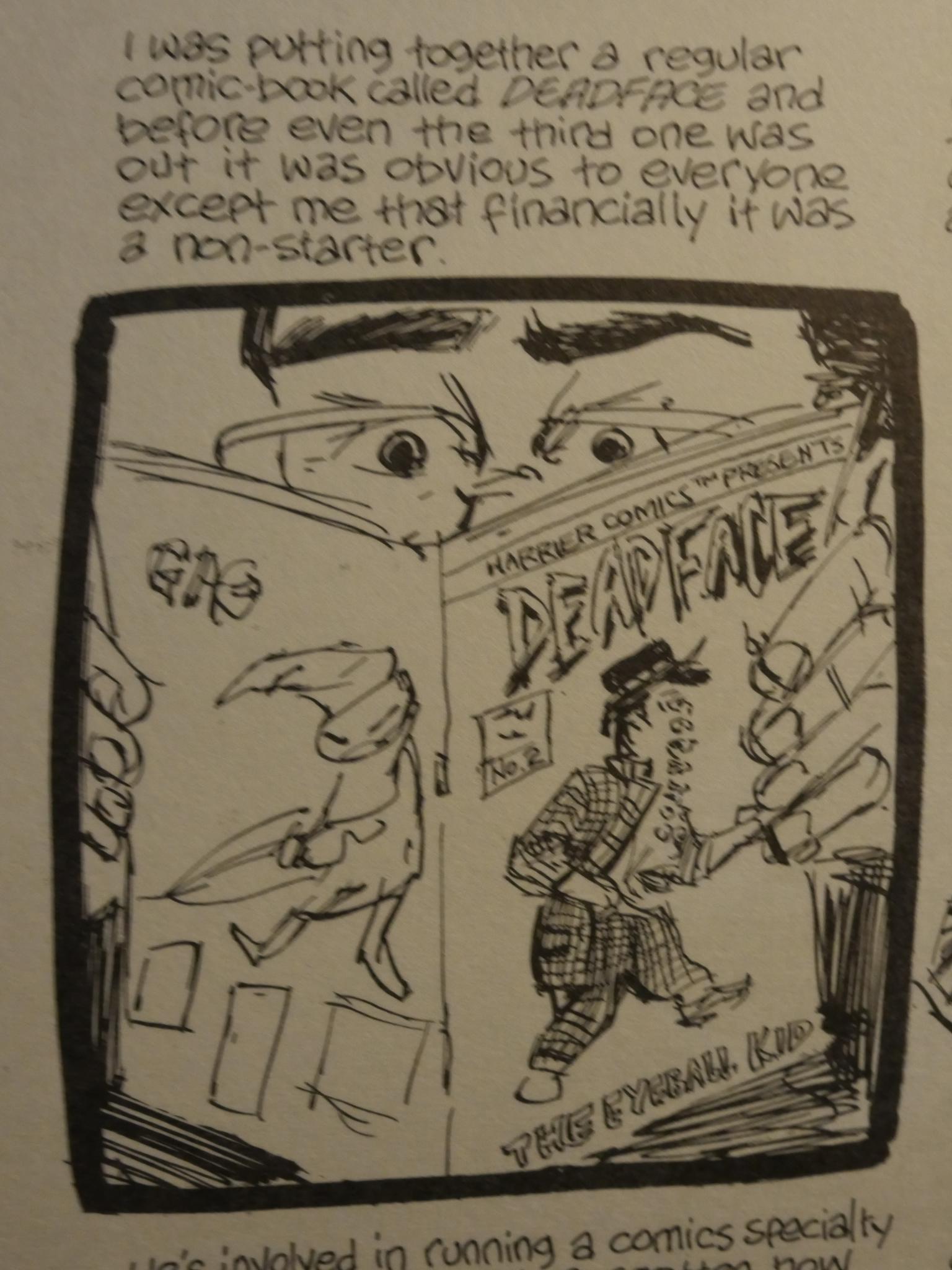 Which is where we meet him in The Dead Muse, which is a further collection of Alec stories (only now he’s not using that pseudonym any more) interspersed with stories from other Australian (and one New Zealanderish (is that a word?)) people.

So it’s an anthology with framing pieces by Campbell. Which isn’t a very common format, but it sort of fits the theme: Campbell has lost his muse, so he’s not writing that many pages. 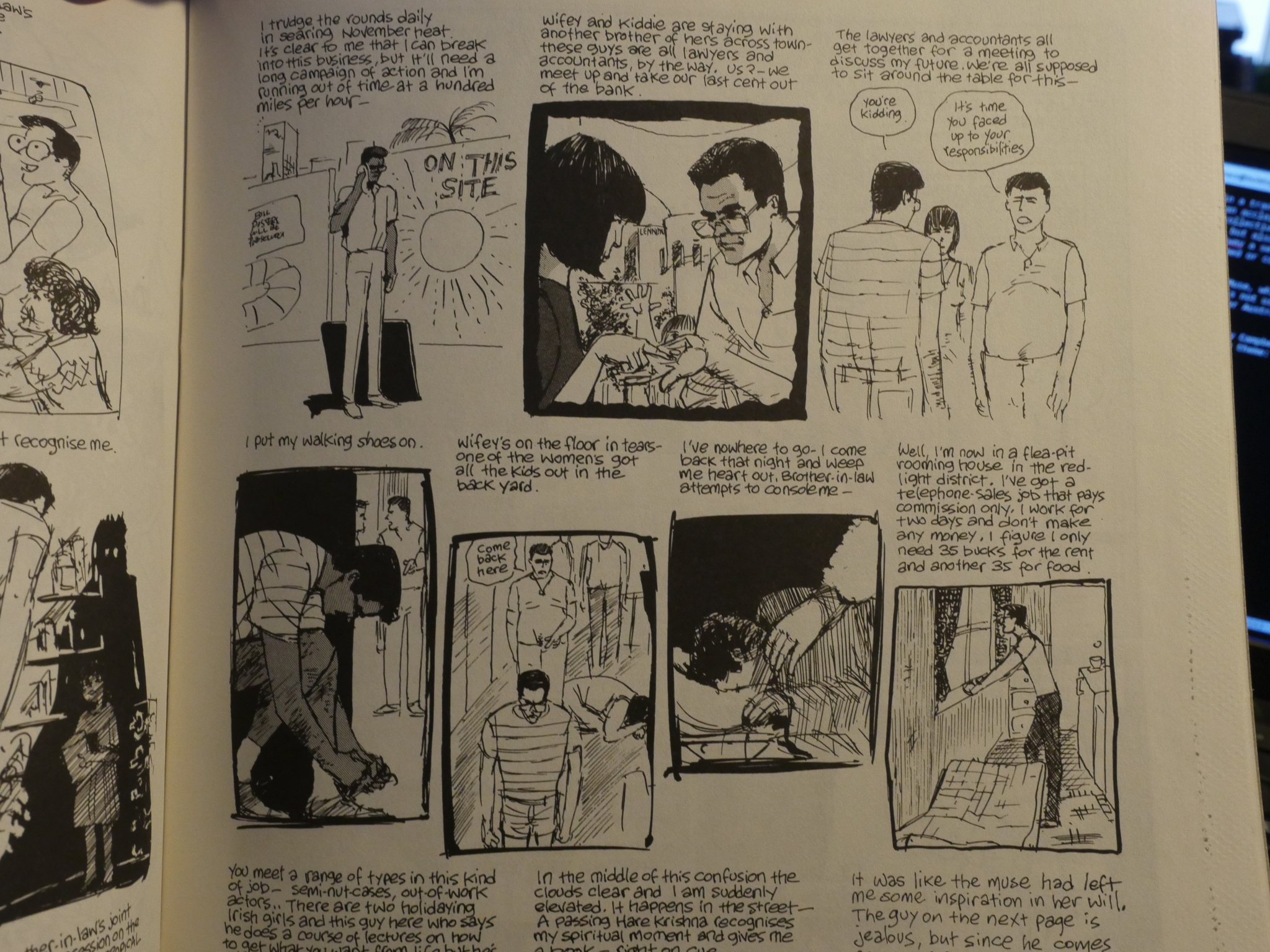 But the pages that are here are rather remarkable. This isn’t an oblique sequence: It’s clear what’s going on, but the way he’s not stating it explicitly (apparently his wife’s family is chucking him out and telling him to get a proper job?!) reflects the befuddlement he’s feeling. He can’t believe what’s happening, so things go slightly vague, leaving us to not quite believing what we’re reading. 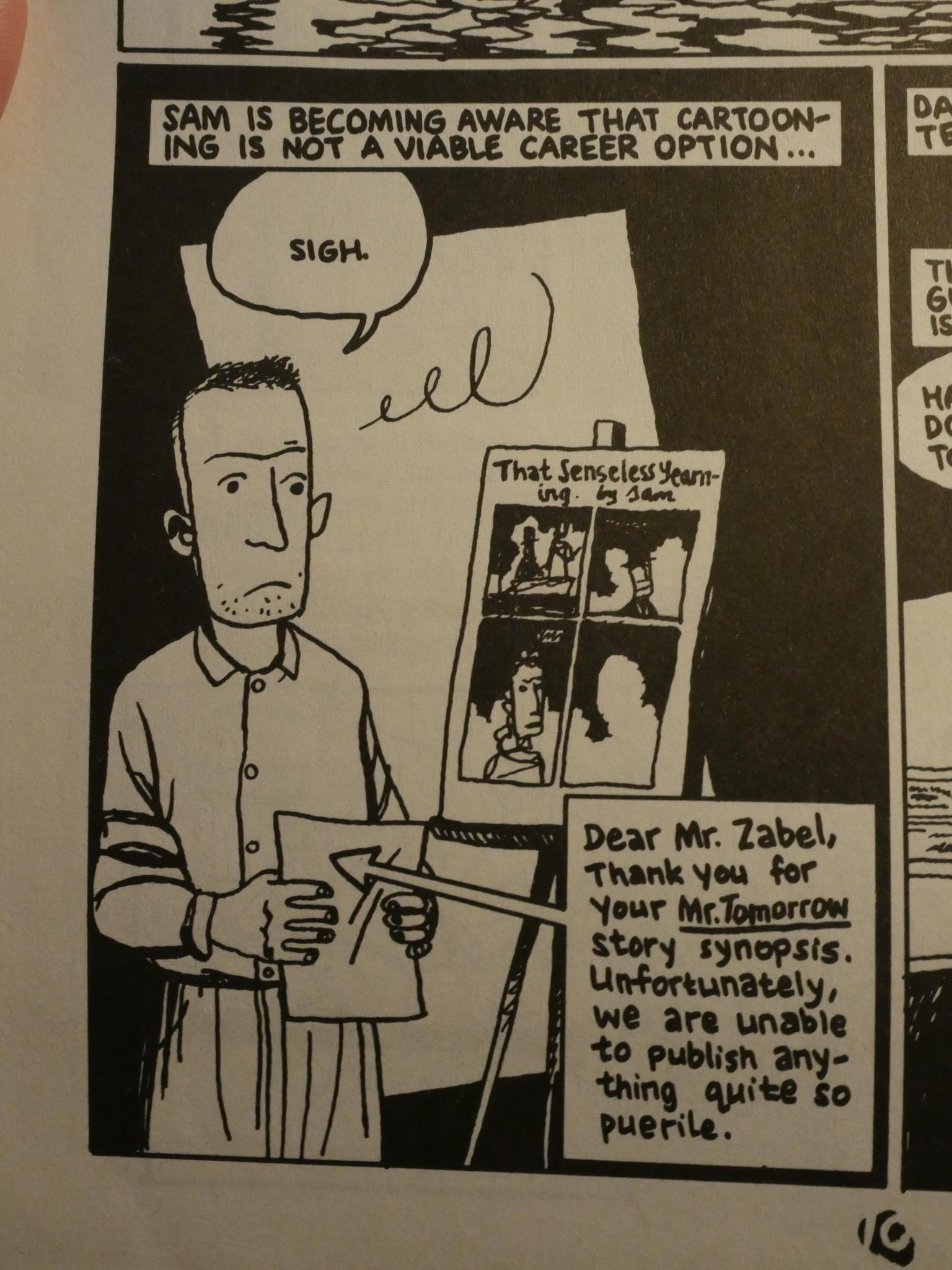 But this is an anthology of sorts. Of the non-Campbell pieces, I particularly liked this early Dylan Horrocks story. Always with the Sam Zabel. 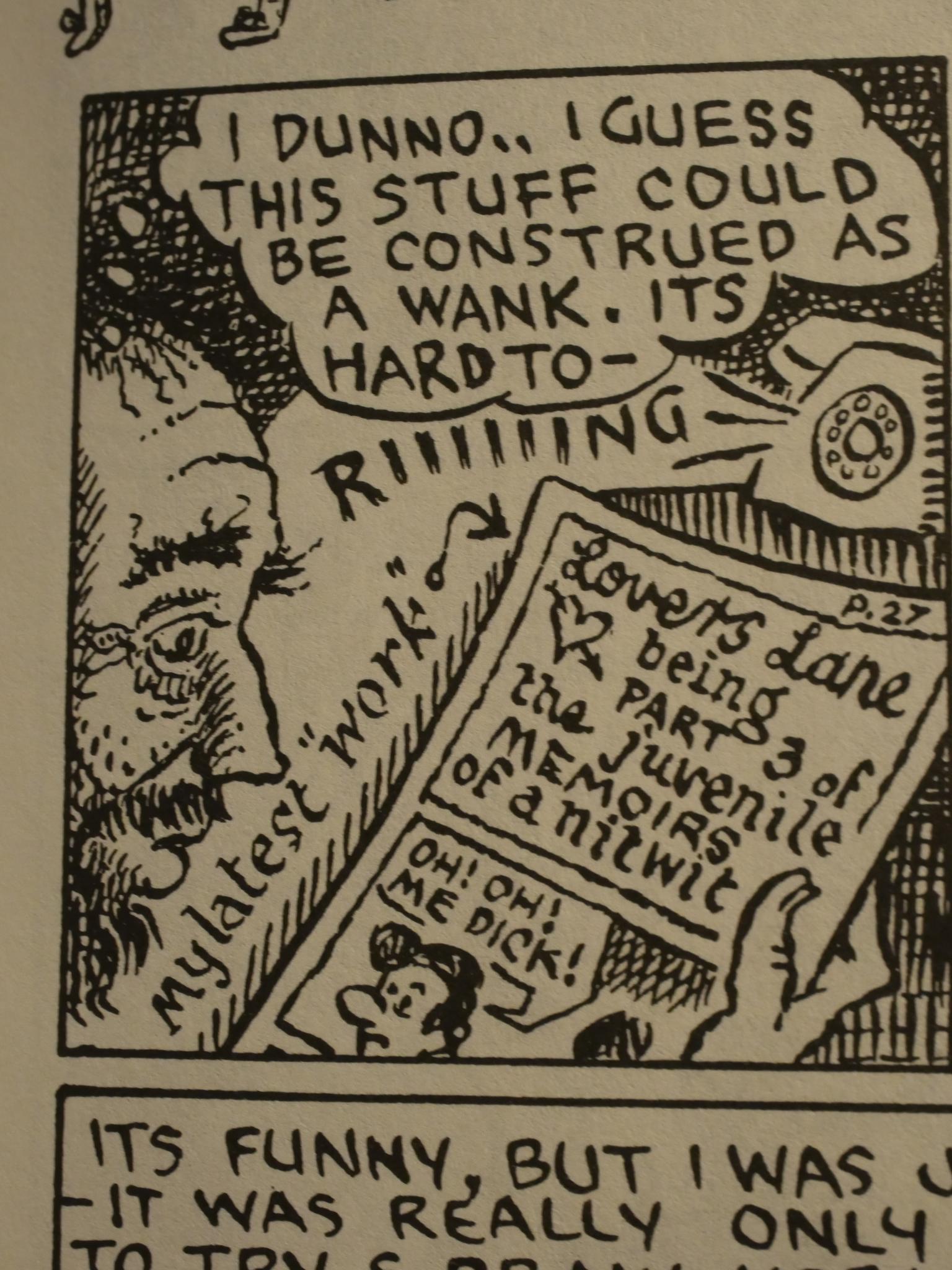 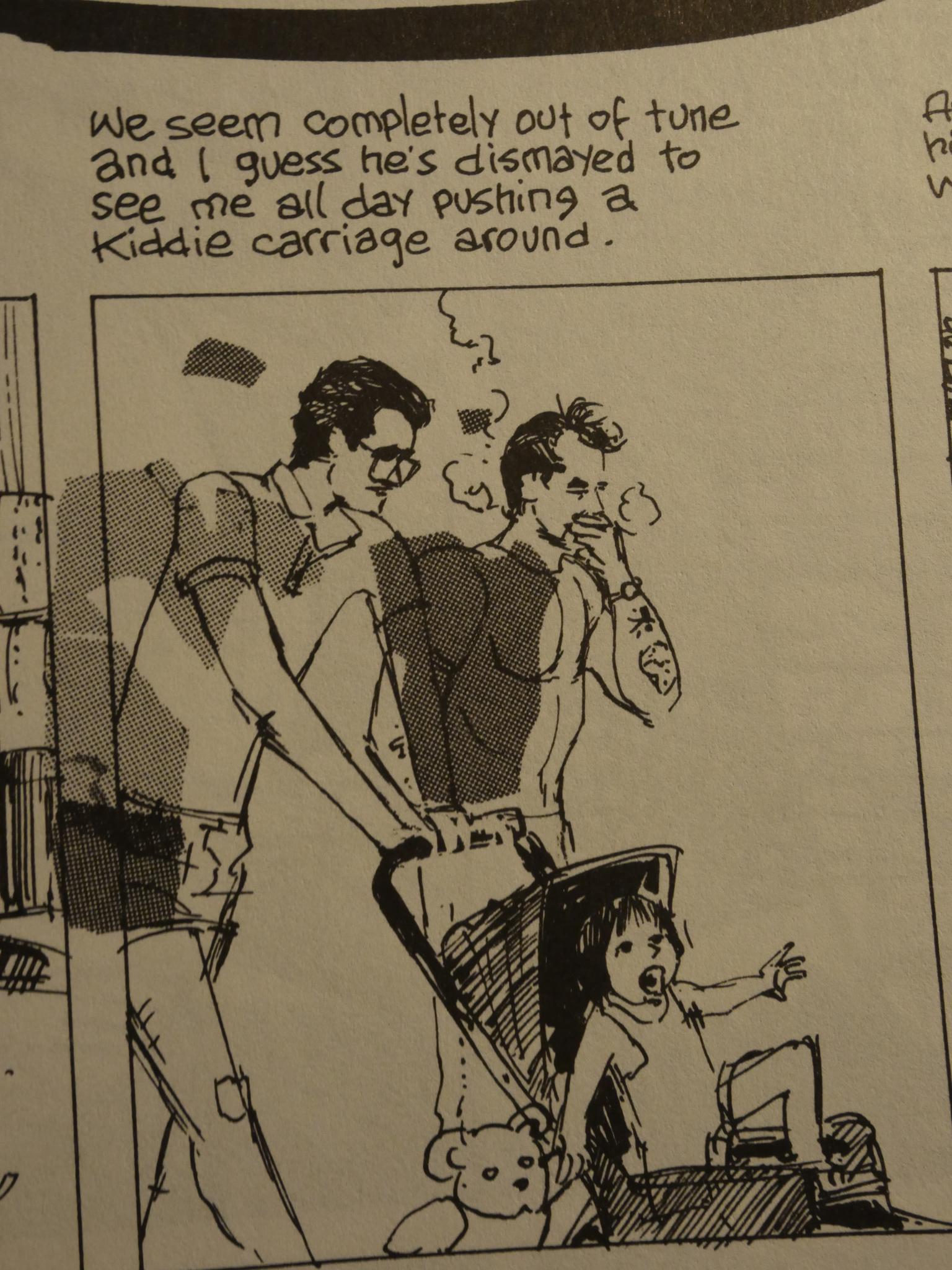 Anyway, back to the Campbell interstitials. Danny Grey (a regular character in the British Alec stories) pays a visit, but they’re “out of tune”, as evident by the zip-a-tone also slipping away. I don’t think Campbell gets enough credit for doing these formal bits… 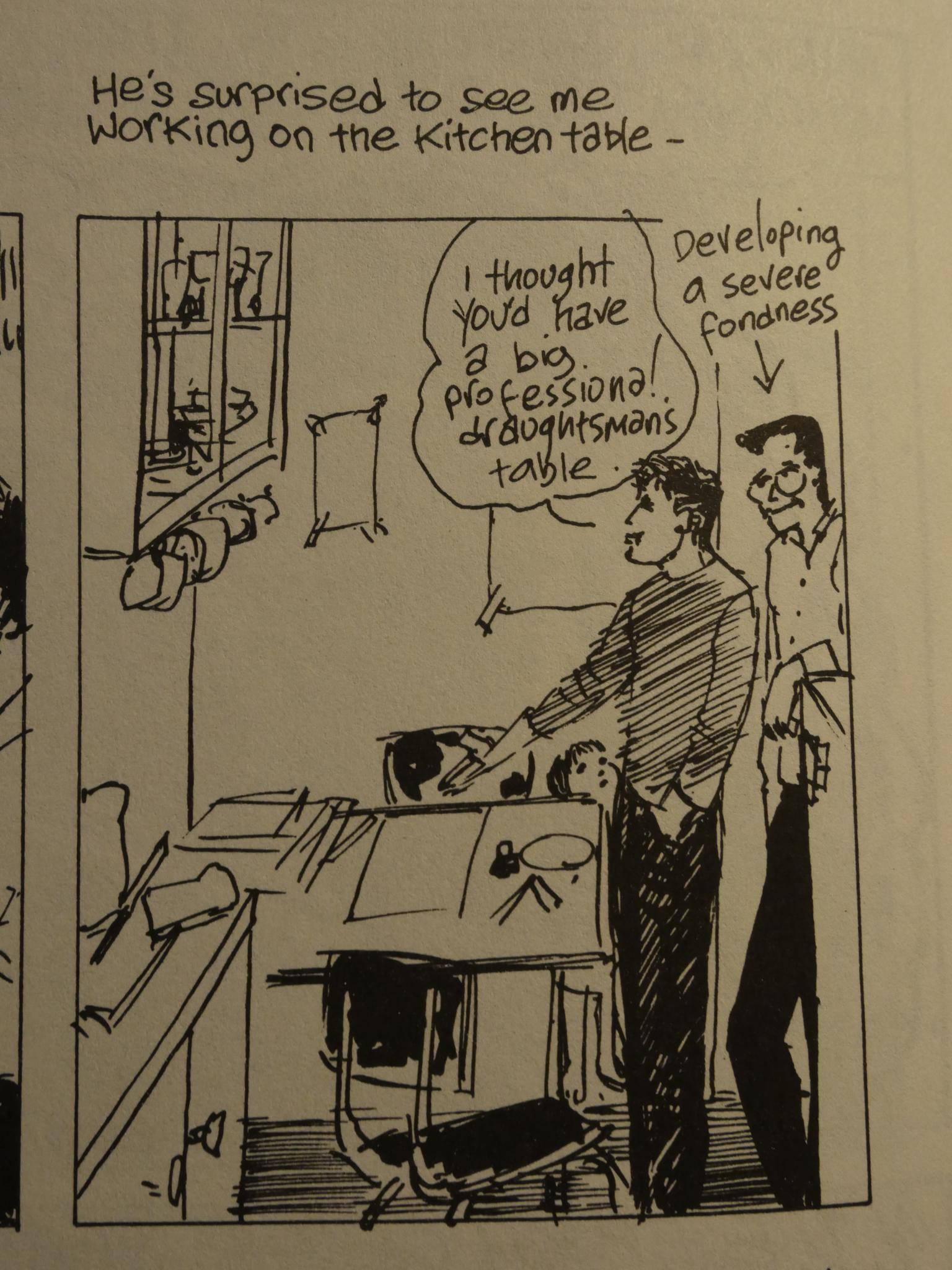 But it’s easy to forget, what with all the easy charm that virtually every strip of his just reek with.

The next book in this trio, Little Italy, was created before The Dead Muse, and alluded to in that book. It’s an all-Campbell comic, detailing his (and his family’s) life in North Australia before going south and losing his muse.

It’s in the normal “Alec” mode, with funny (but meaningful) anecdotes from Campbell’s life, and it’s brilliant. 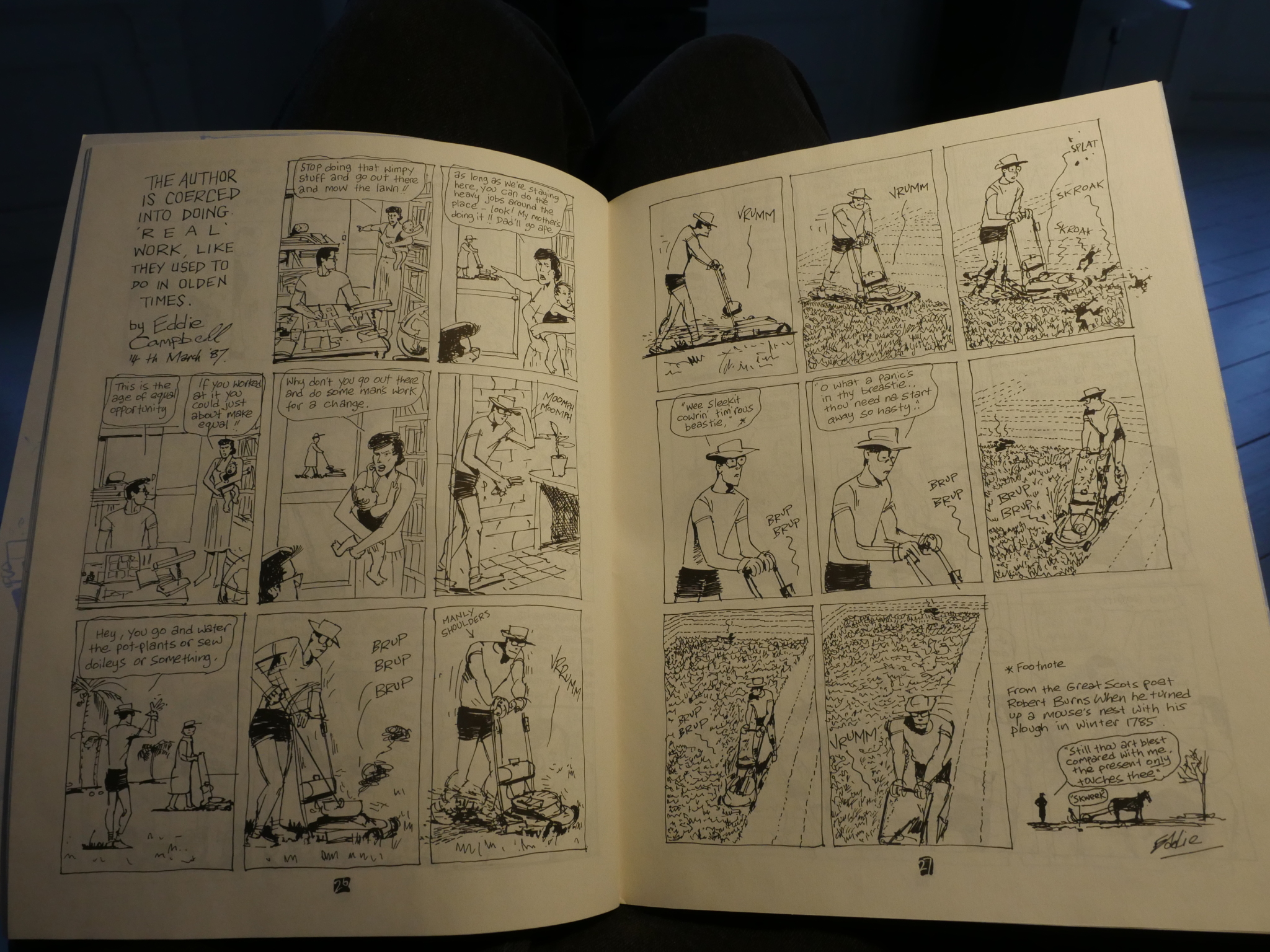 It’s in a more scratchy, sketch-book like style than Campbell usually uses. And only a few of the stories uses his signature zip-a-tone application. 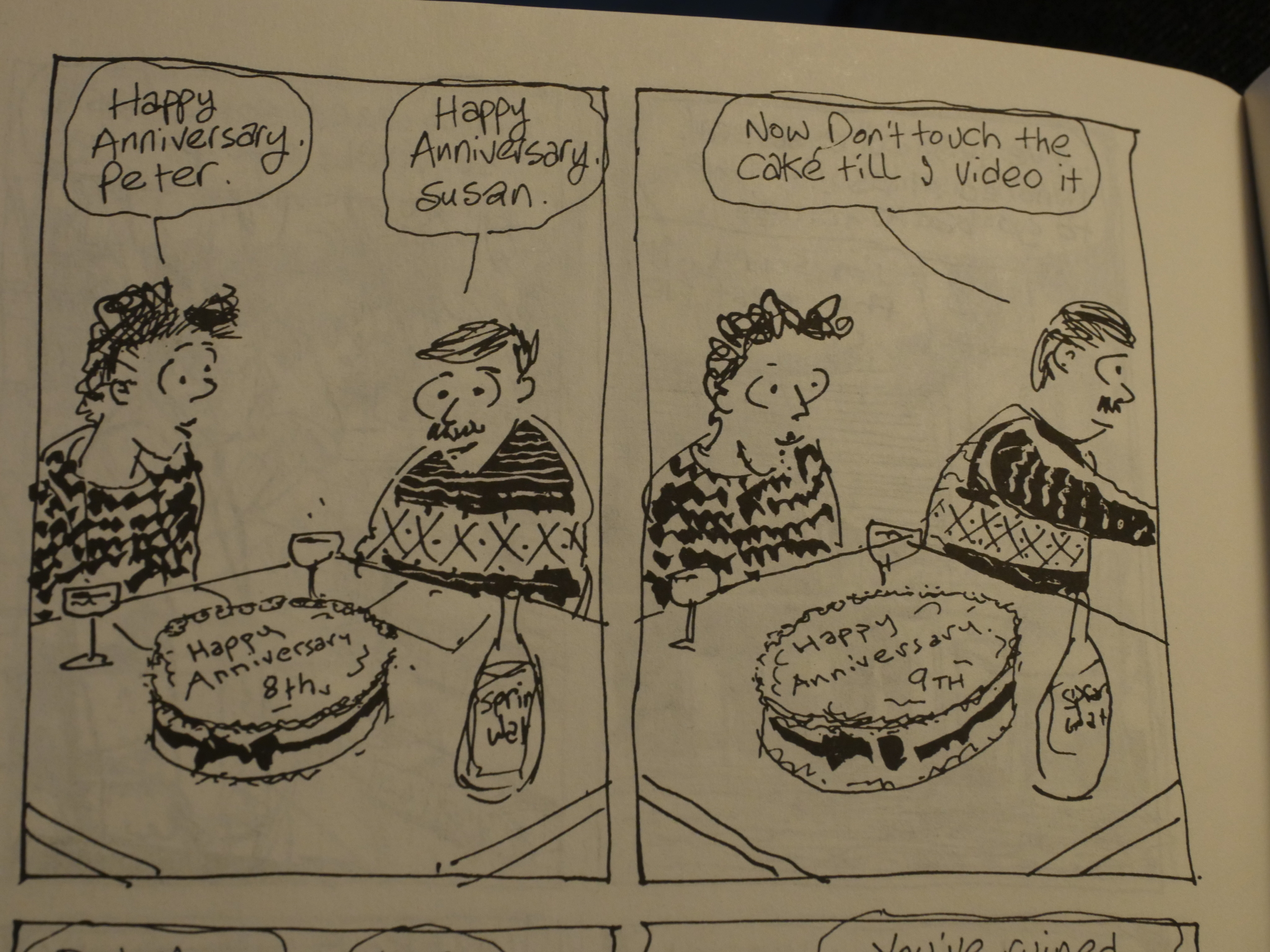 And some of the stories are just simple goofs, like this one where he comments on the then-new film-everything video craze. Thank god people stopped filming their food! Phew! 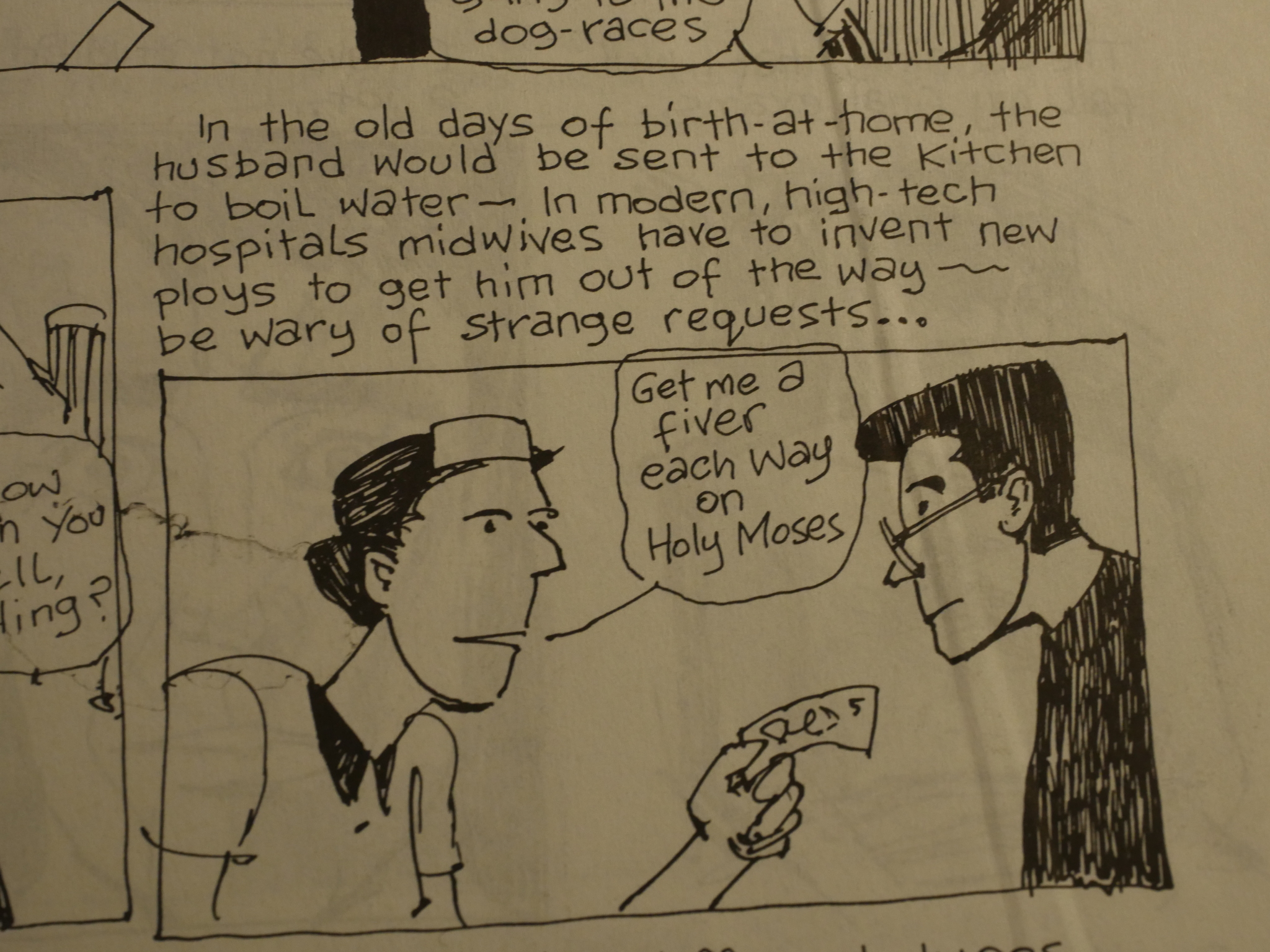 Campbell is really good with jokes.

(But Fantagraphics wasn’t very considerate with their paper choice here, which has an unfortunate amount of bleed-through, making the artwork look even scratchier than it is.) 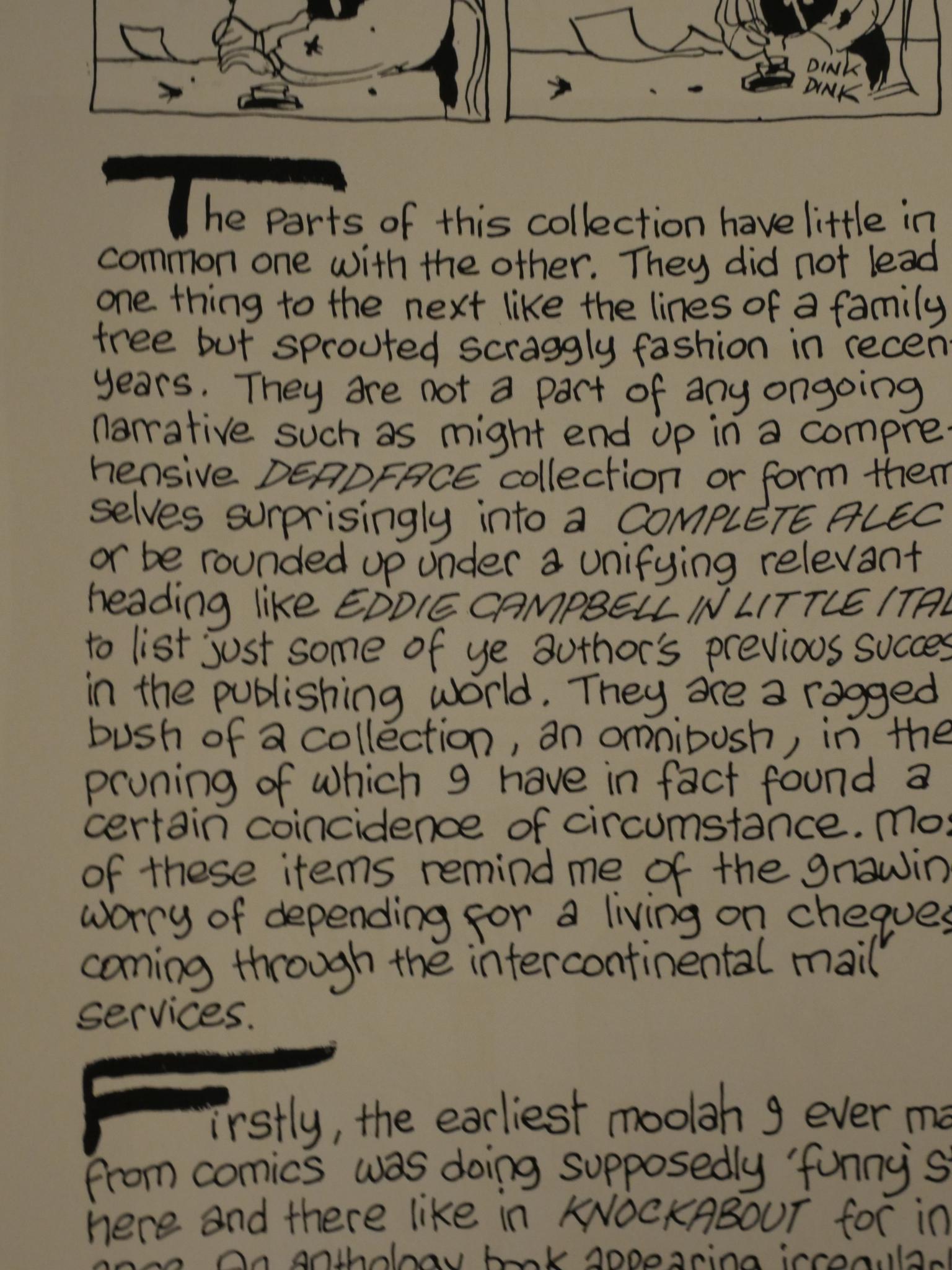 The third book, The Cheque, Mate, is (as Campbell explains above) just a collection of bits and bobs. I found the explanation for the single-page comics that had previously appeared in the Cerebus reprint book amusing: 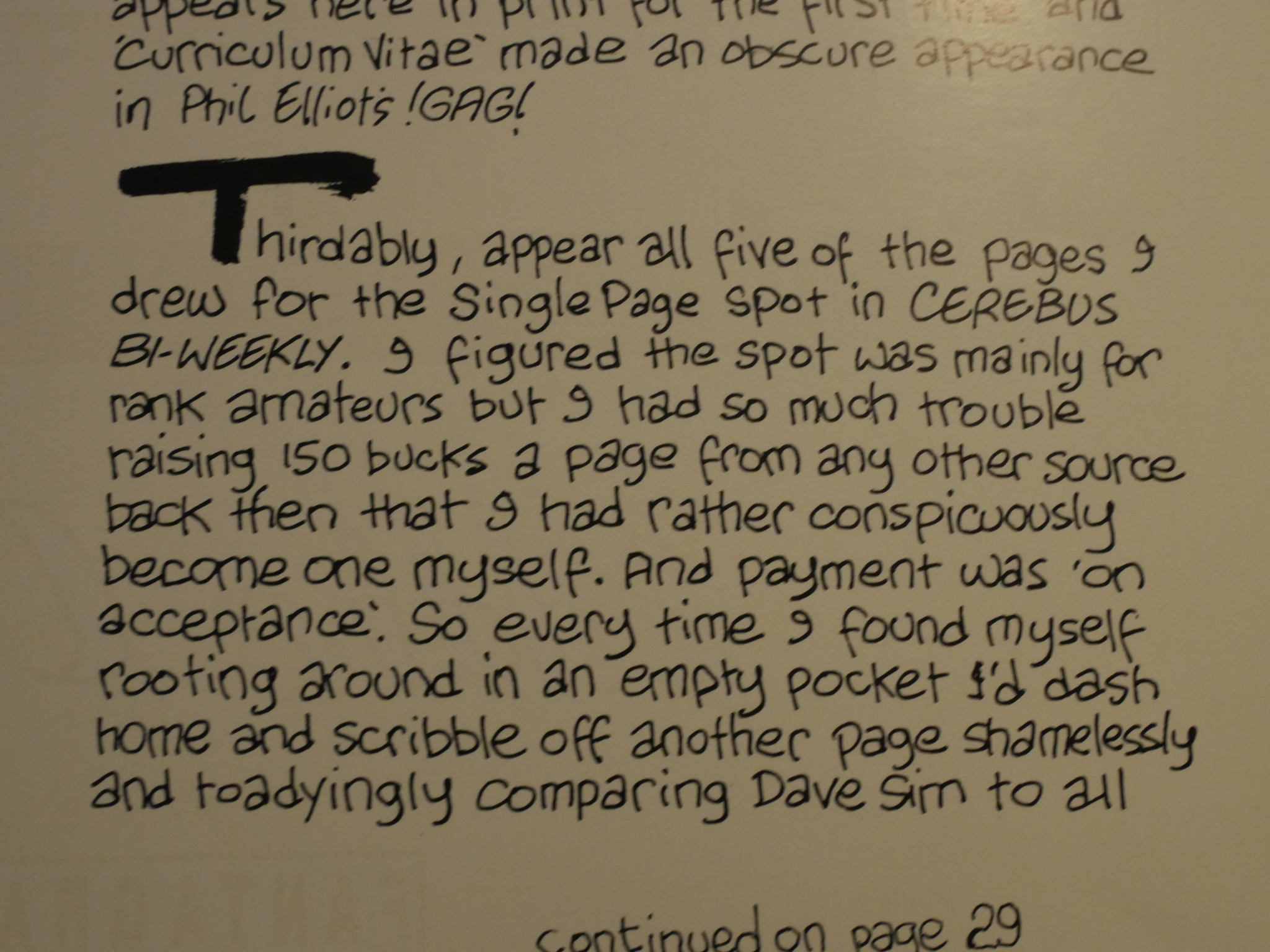 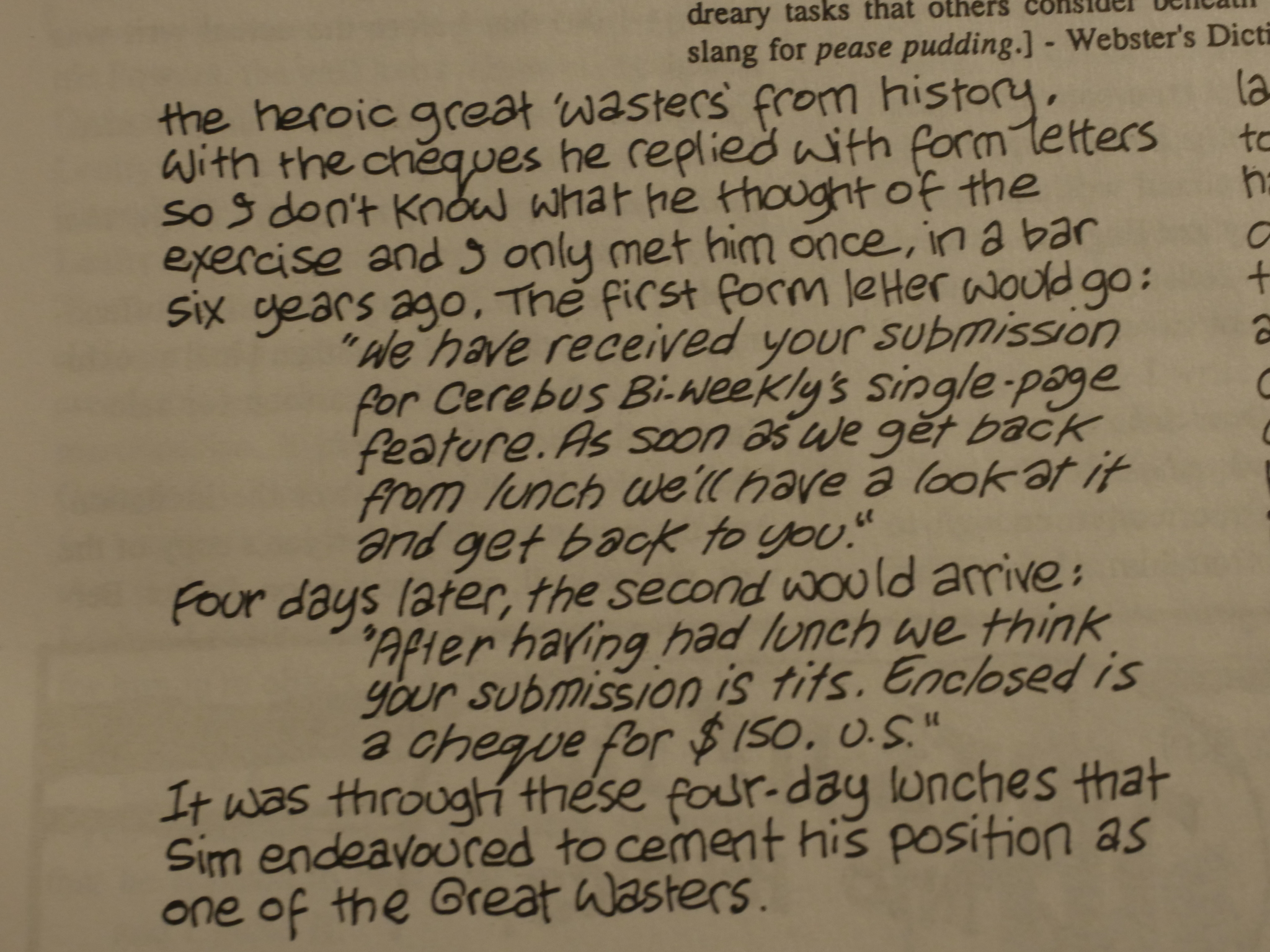 There’s also stuff by other artists in this book, which makes it a nice book-end for the trio, and it’s an entertaining book, but of the trio, it’s definitely the weakest one. But there’s plenty to snicker at: 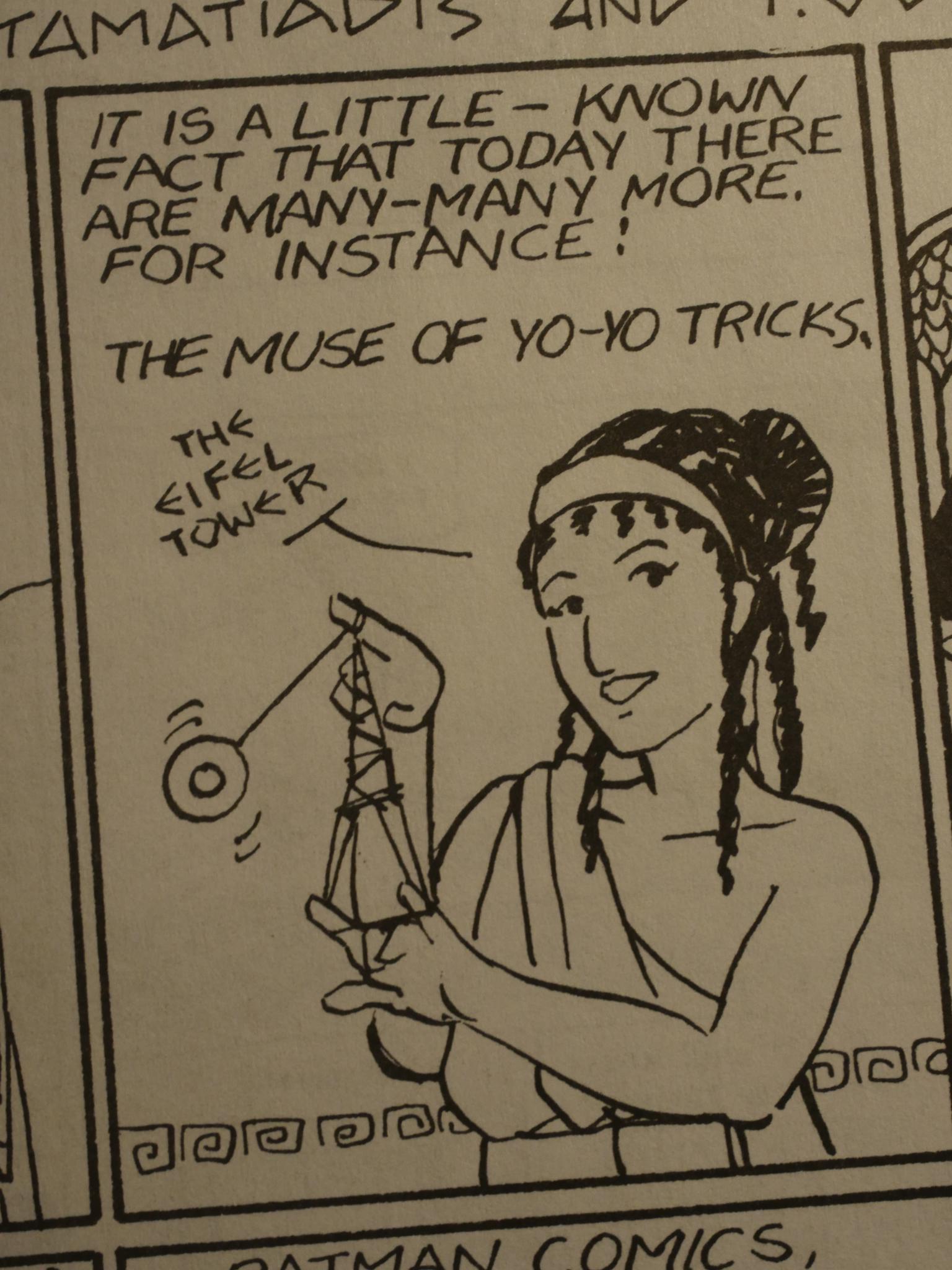 These three books were published once a year, so the first in 1990 and the last in 1992. During this period, Campbell started illustrating Alan Moore’s Jack the Ripper opus From Hell, which changed things quite a bit for Campbell (especially after the work was optioned for a film).

He set up a studio of sorts and also started self-publishing Bacchus (which ran for, er, 60 issues or something?) as well as Alec and Deadface collections.

The last published work of his was in 2012, but he is said to be working on new stuff.