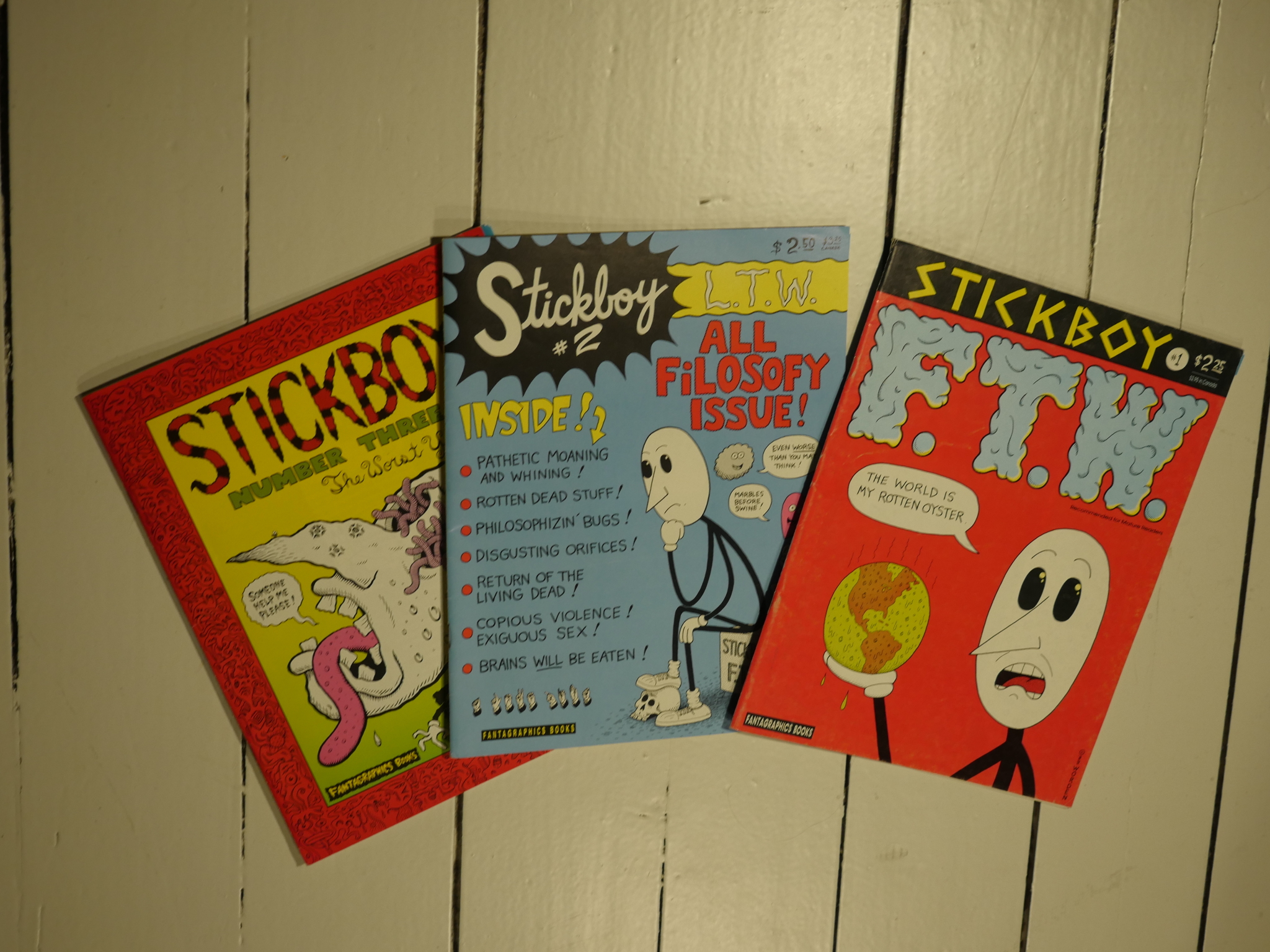 I haven’t read any of those incarnations, though. 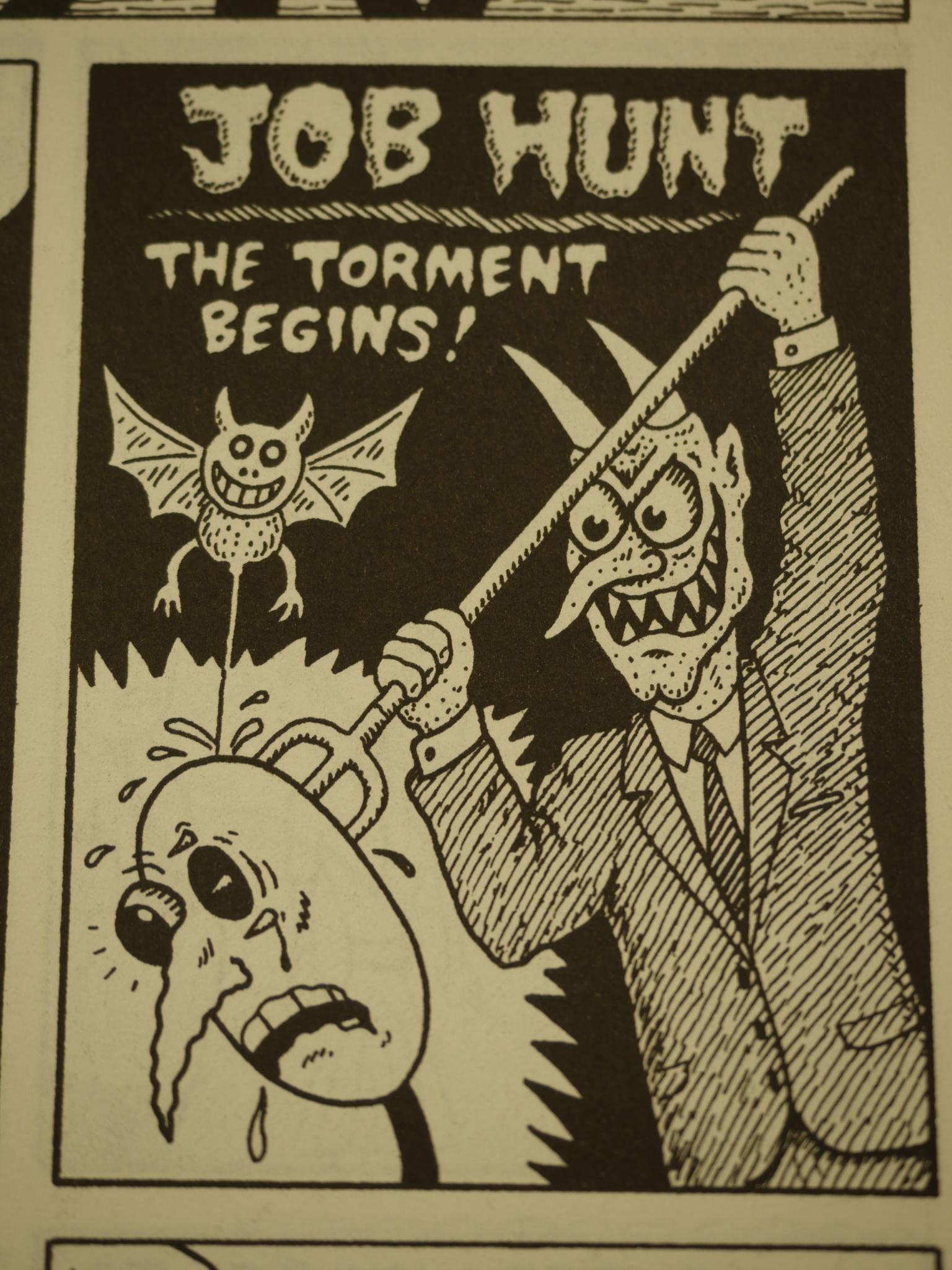 The first Fantagraphics issue starts off like a normal pre-slacker comic book, what with Stickboy looking for work and having… adventures… 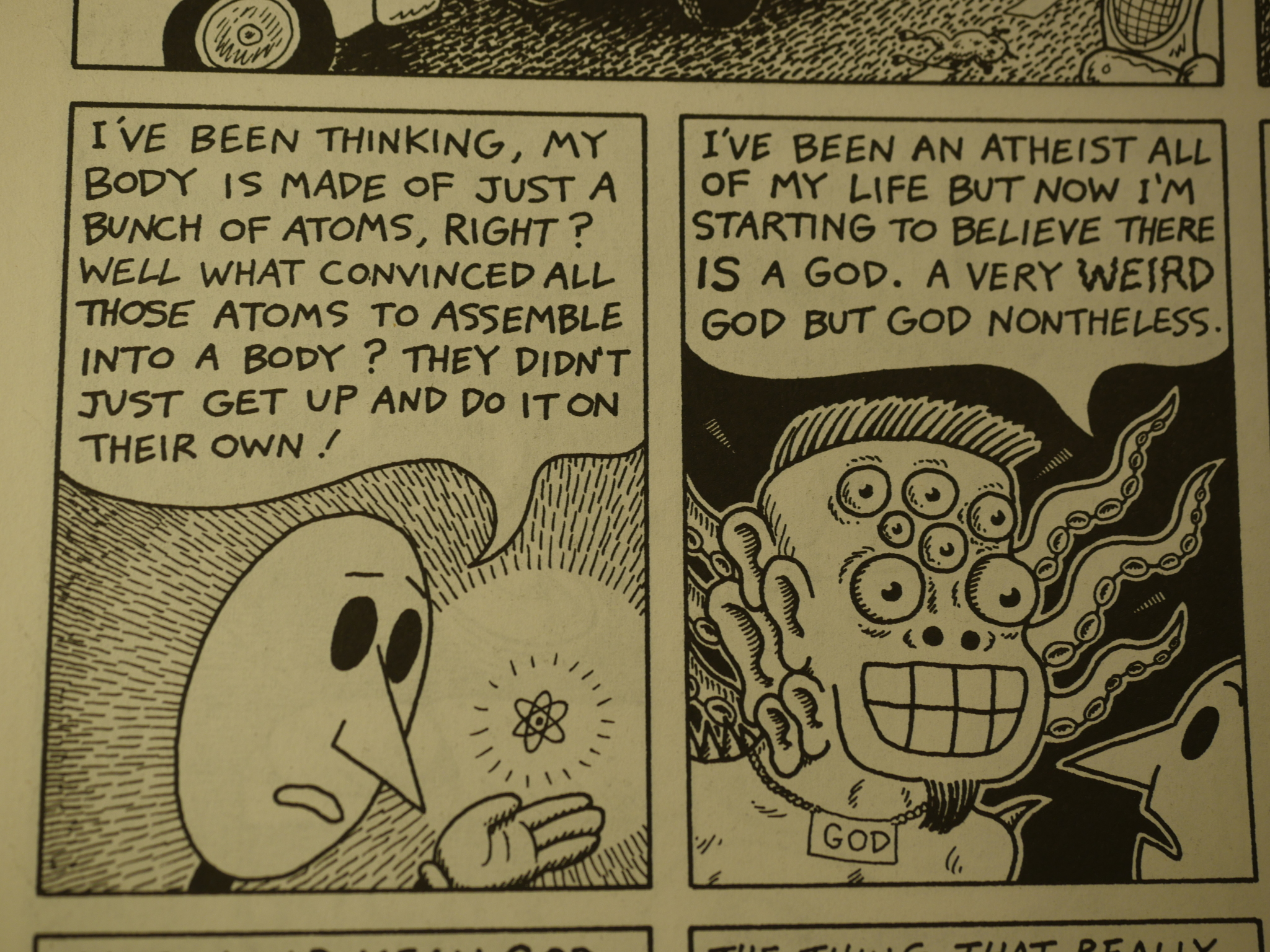 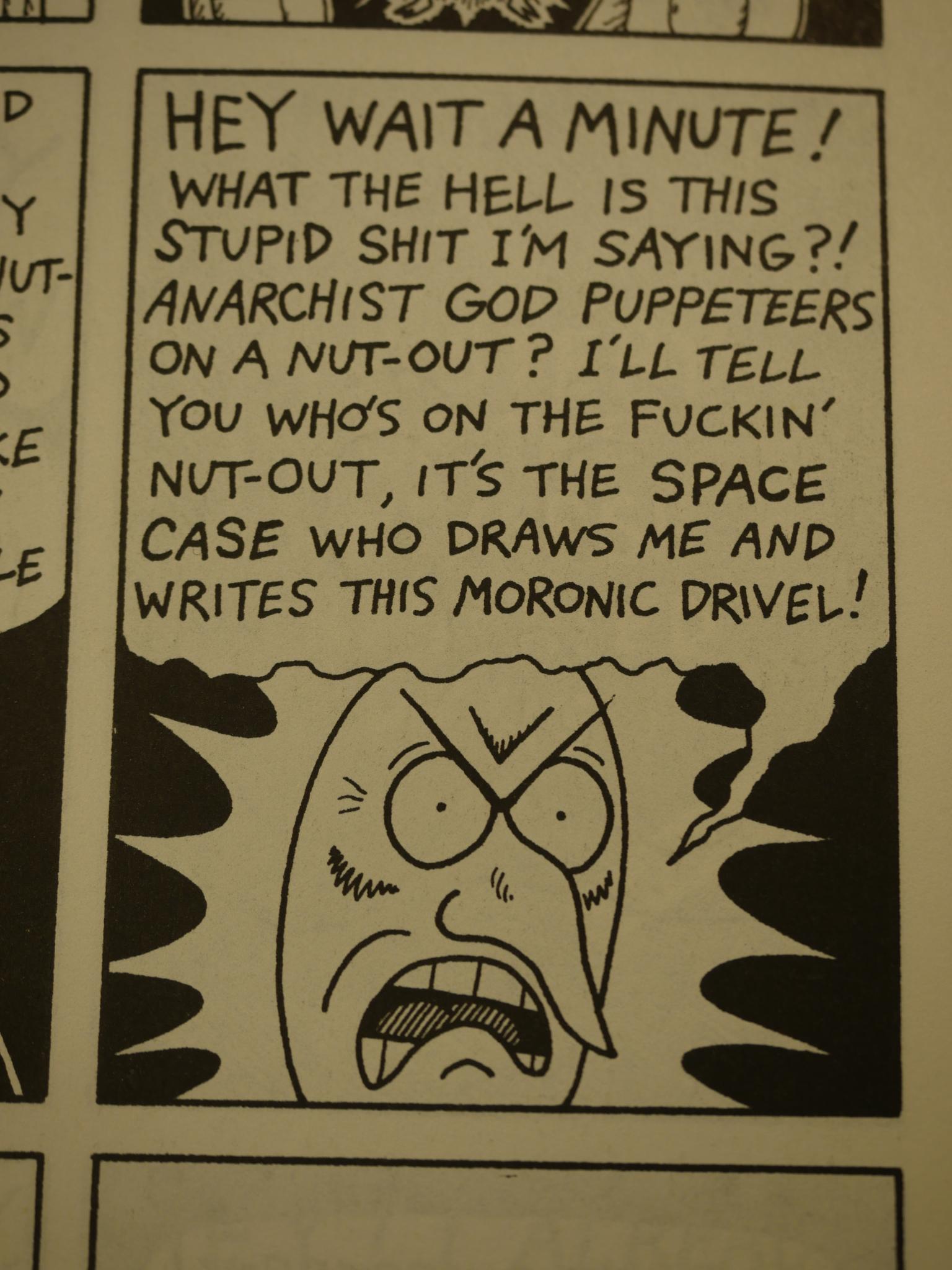 … and that’s where things remain for most of these three issues, with brief comedic respites. 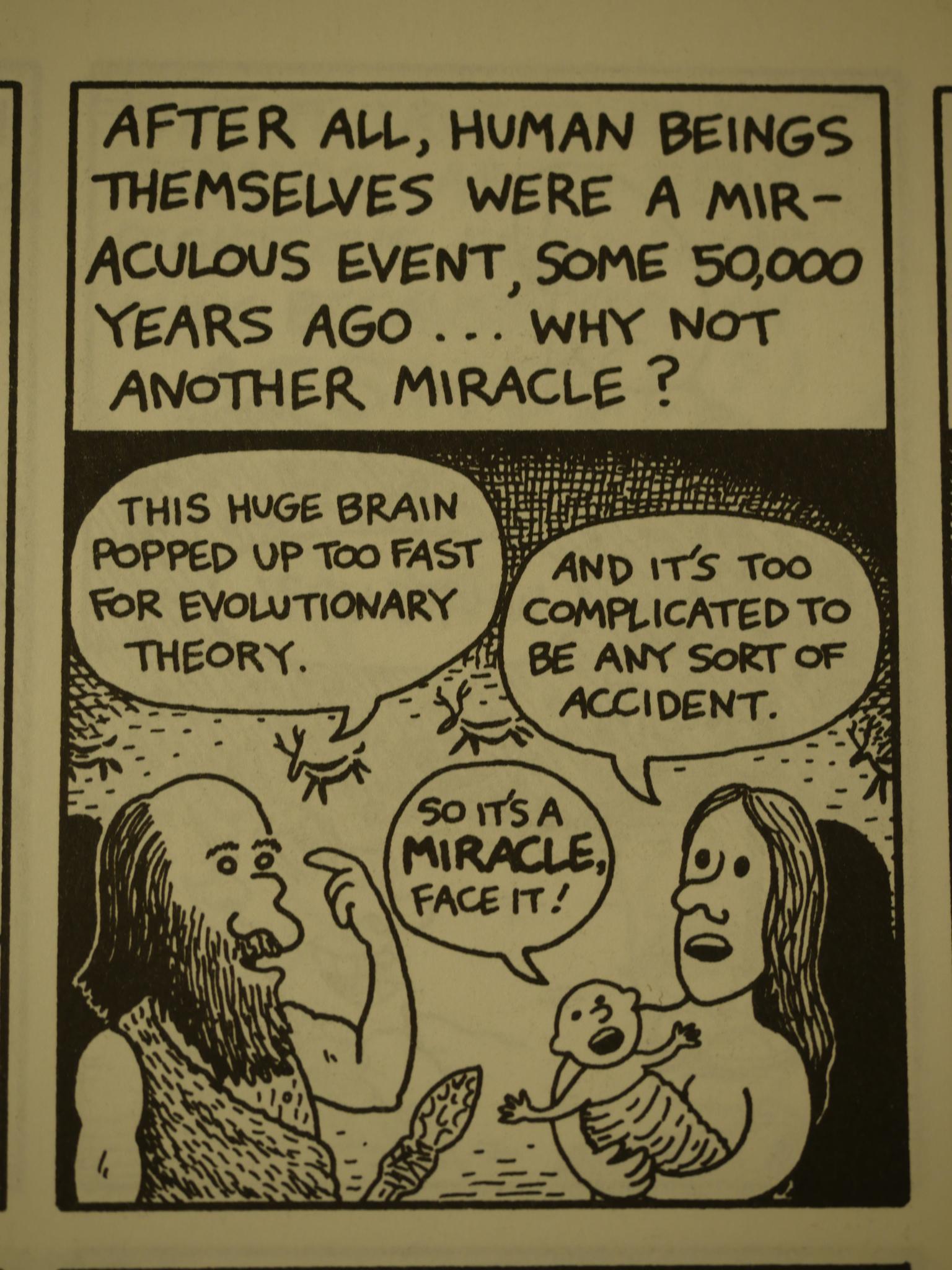 Since I’m a supercilious squirrel, this sort of thing literally bores me to death. I’m actually dead now. This is a dead man typing, in fact. 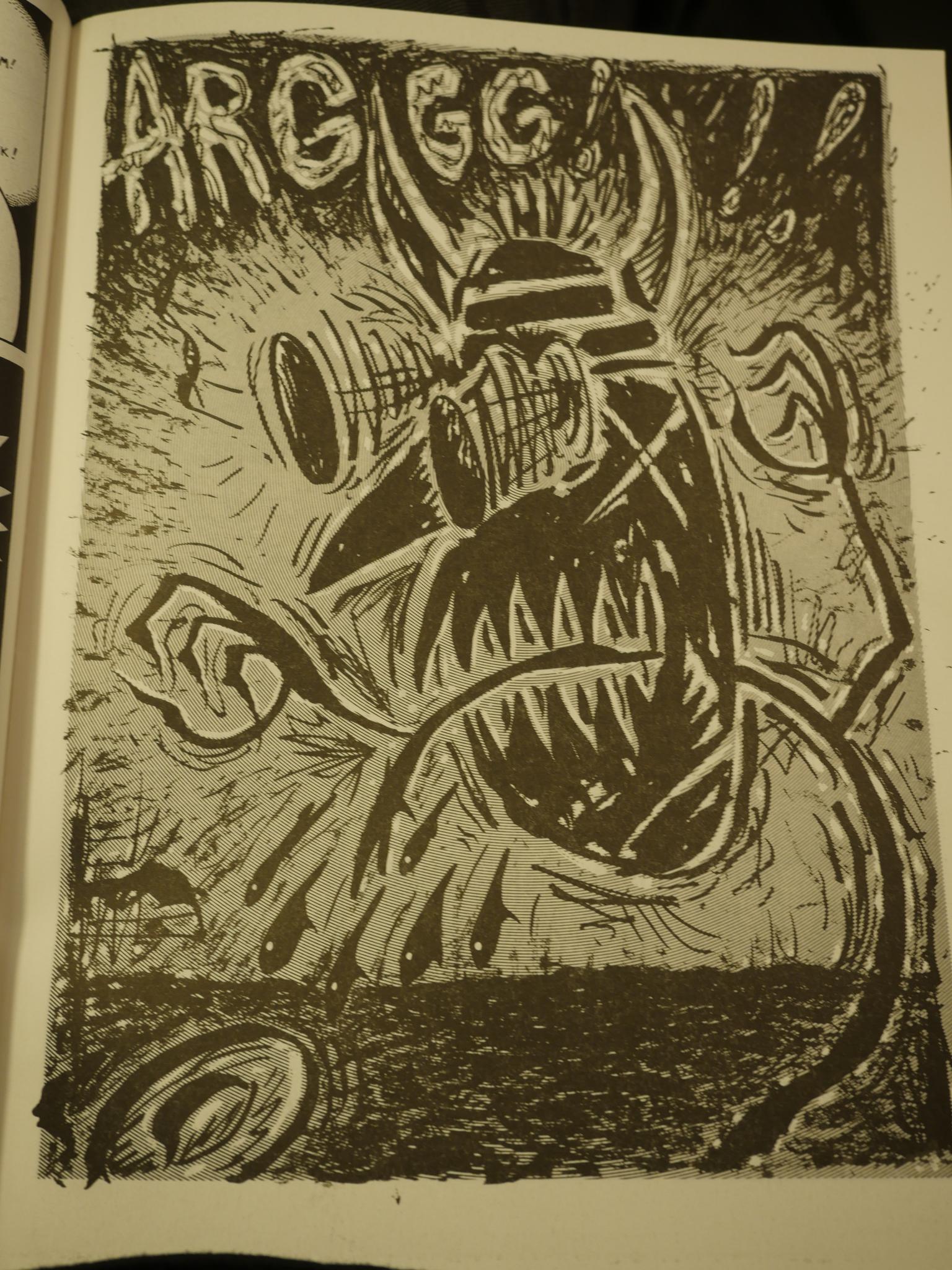 The artwork doesn’t vary much, either, but there’s the extremely occasional freak-out page. 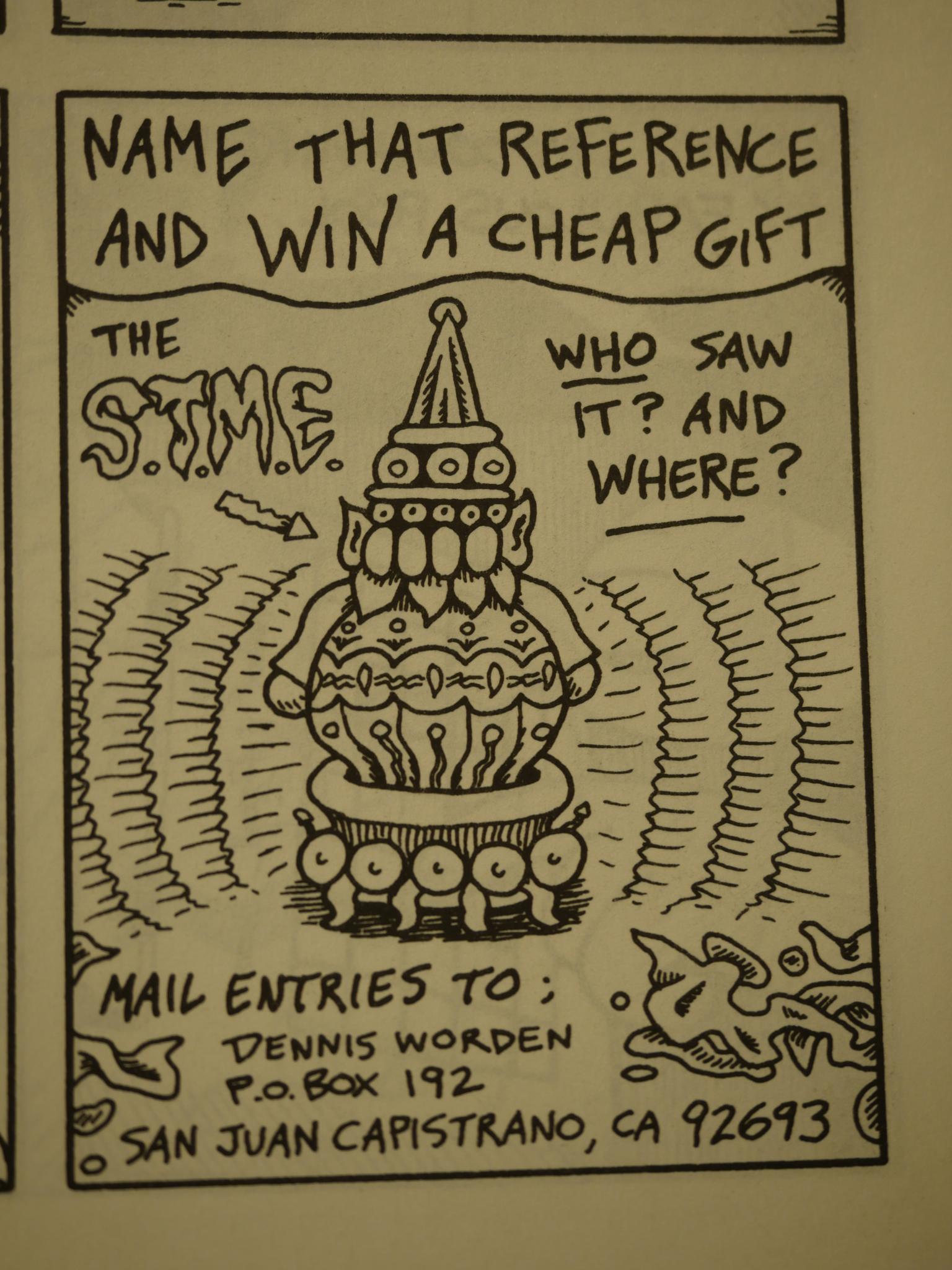 Hm, that’s a “self-transforming machine elf”. But it looks vaguely like one of those Jim Woodring angels, doesn’t it? 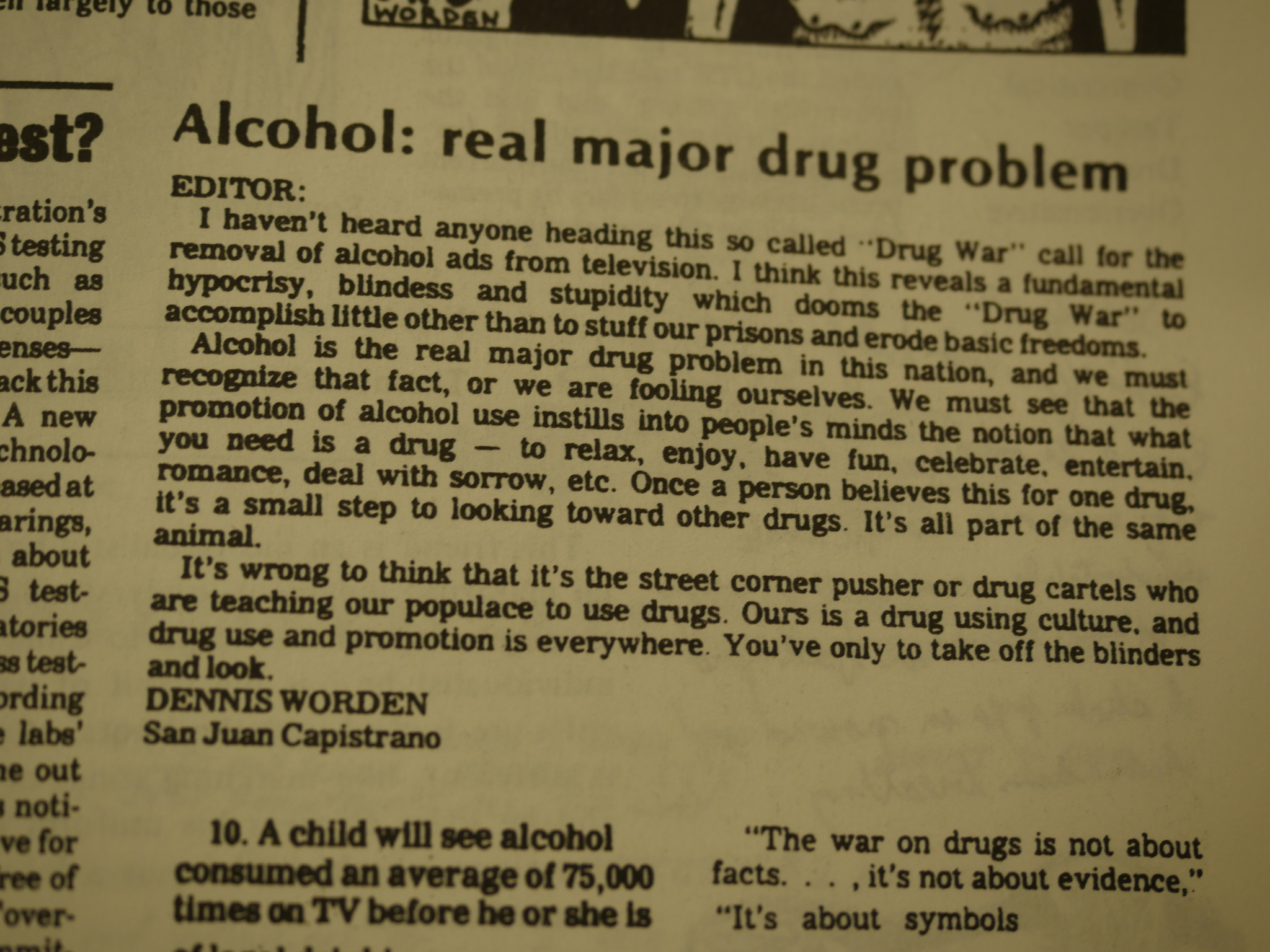 The letters pages has both letters to Worden saying that Stickboy is a masterpiece, and also has stuff like this. I assume that’s a real letter to some newspaper or other.