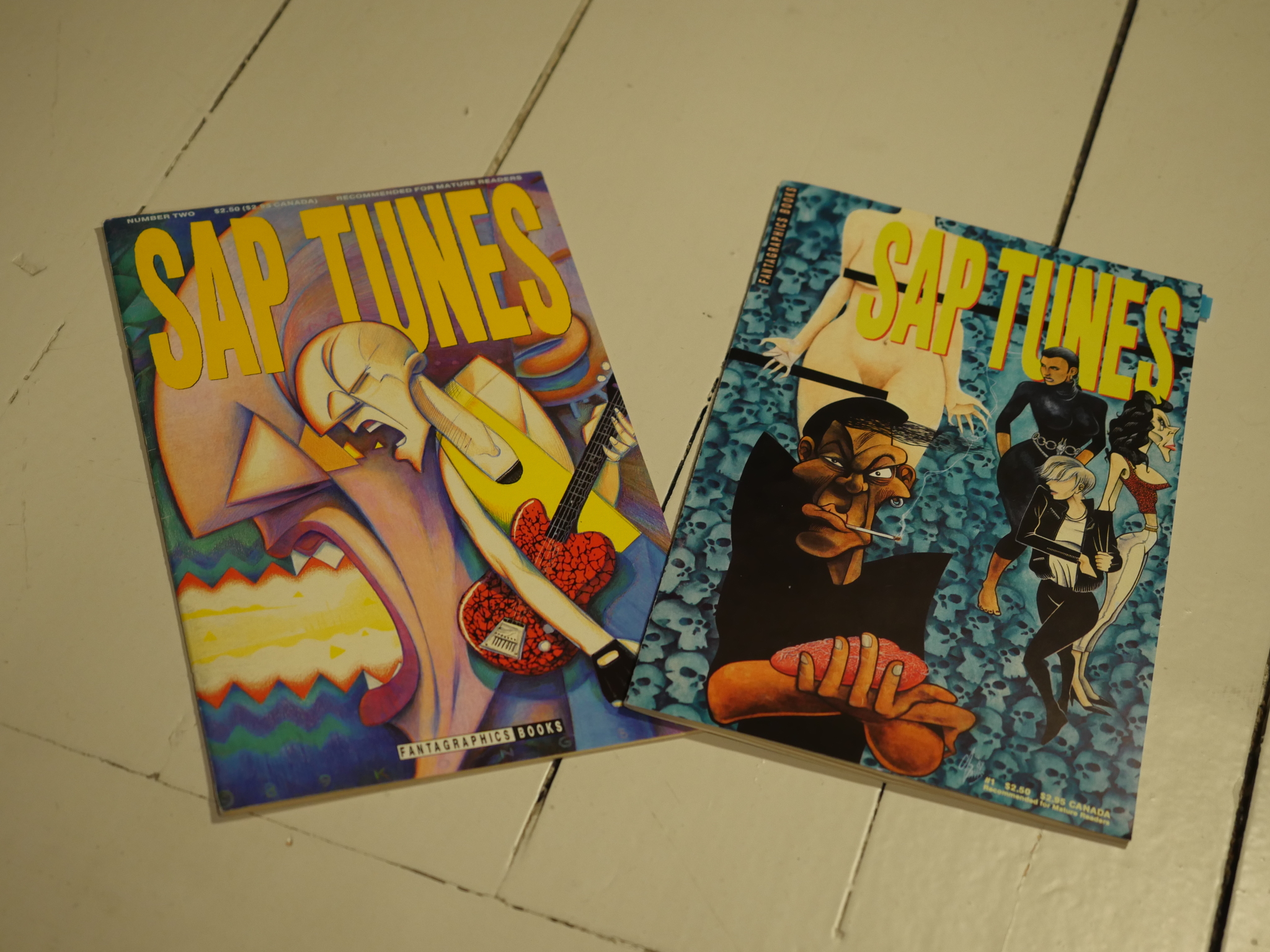 I’m finding out now that Fantagraphics sure released a lot of, er, very short series by artists I’ve never heard of. 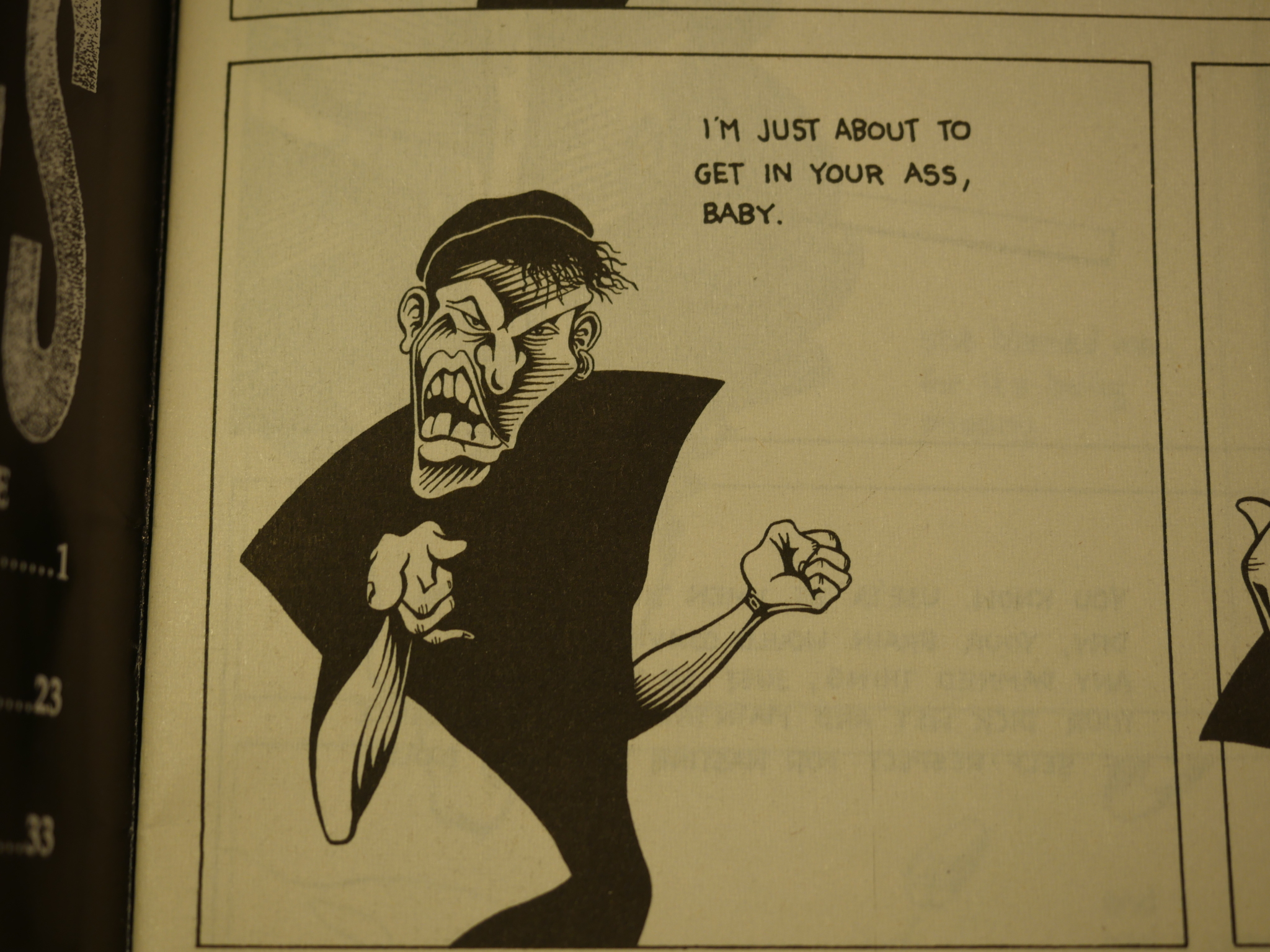 Davis does a pair of pieces about this guy… 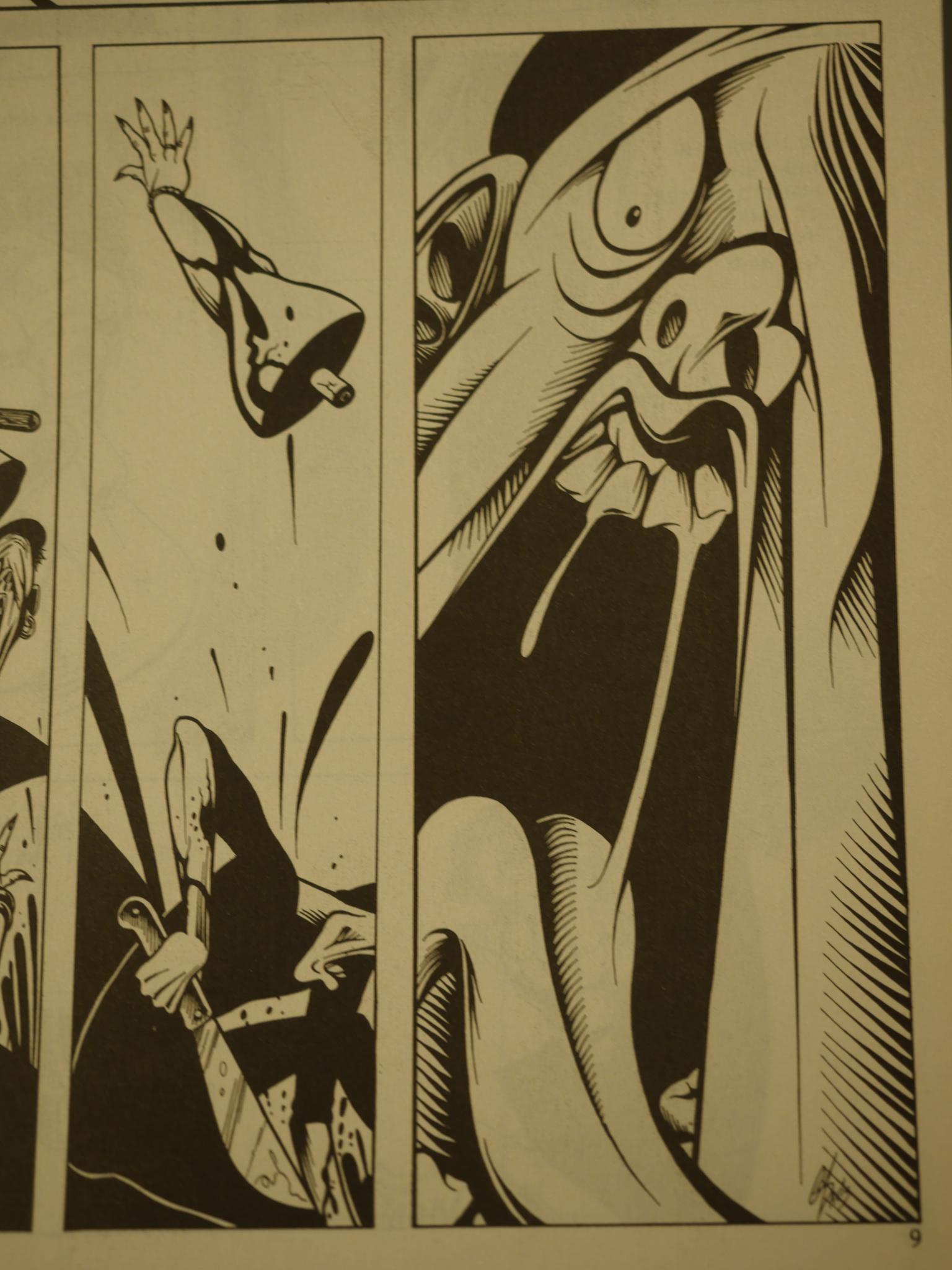 … who works in retail, is slightly disgruntled with stupid customers (see above), but is really a painter. (Shades of autobio?)

The artwork seems to develop quite a bit over the two issues, which makes me wonder whether it was drawn over a longer period. 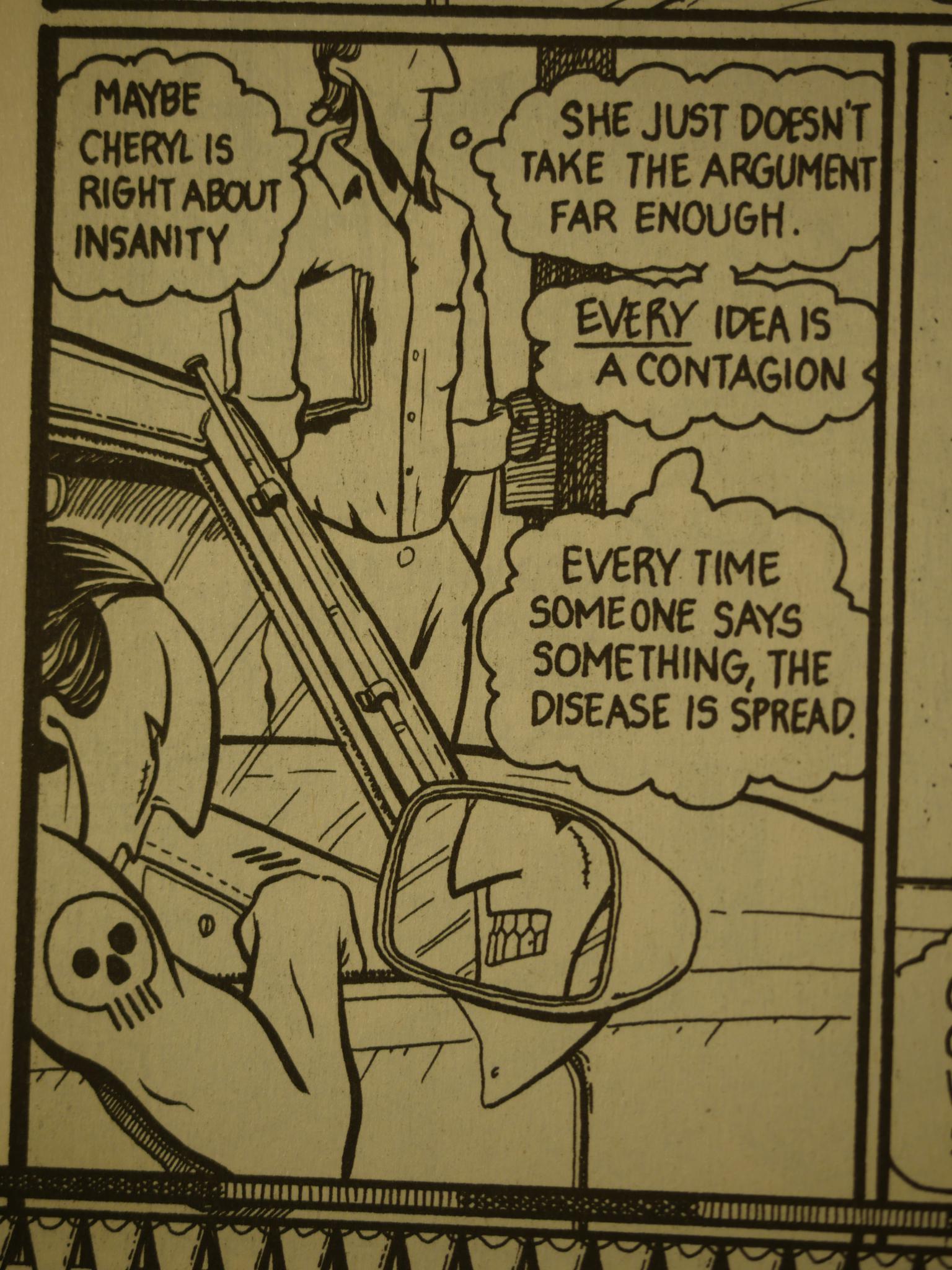 Kongsle’s two pieces are more philosophical tales; the first is about insanity, while the second is about sincerity.

Neither seem to have published any comics before or after these two issues.