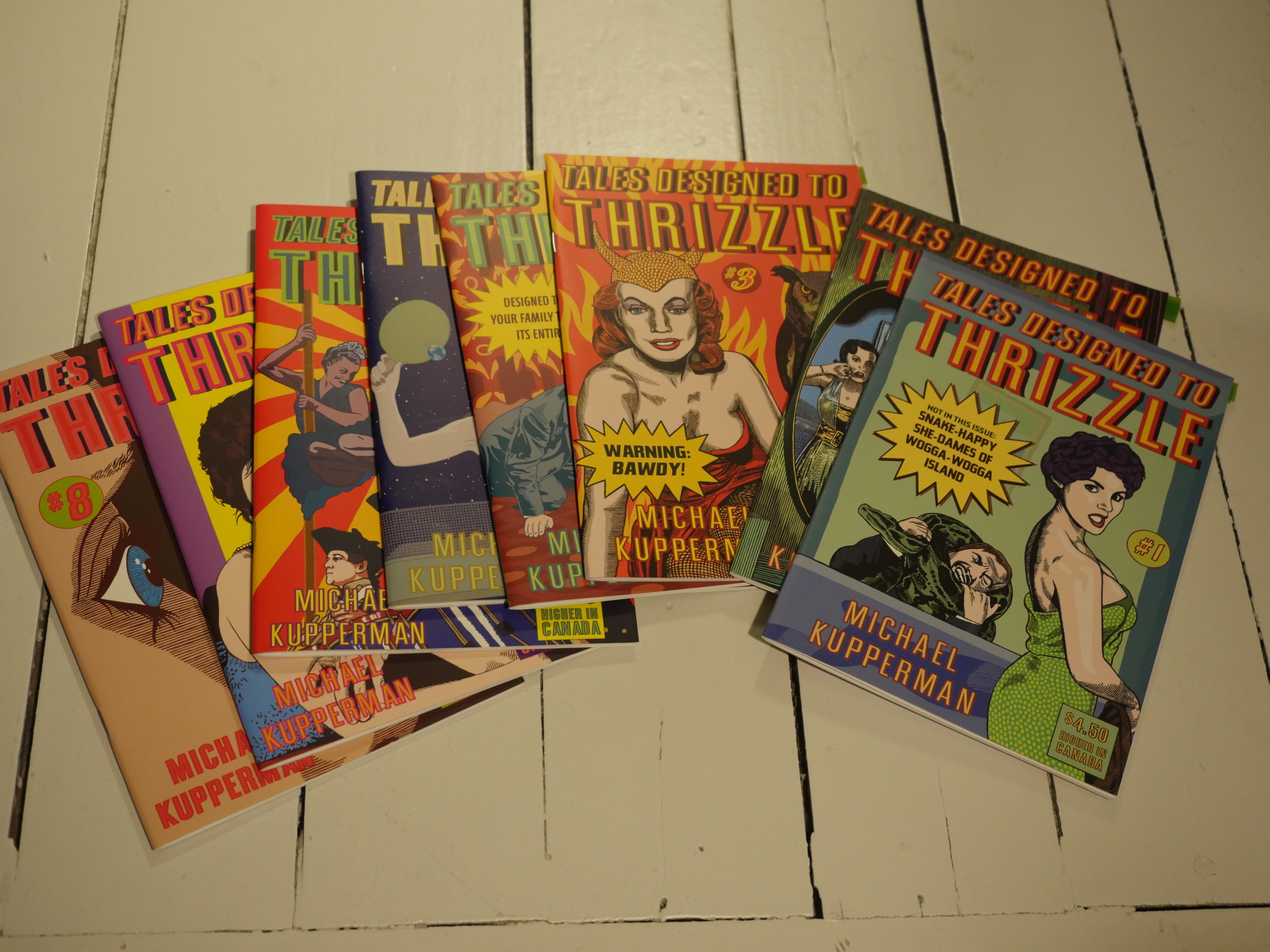 I’m a bit exhausted. Laughing so hard your eyes are streaming for two or three hours takes a toll. 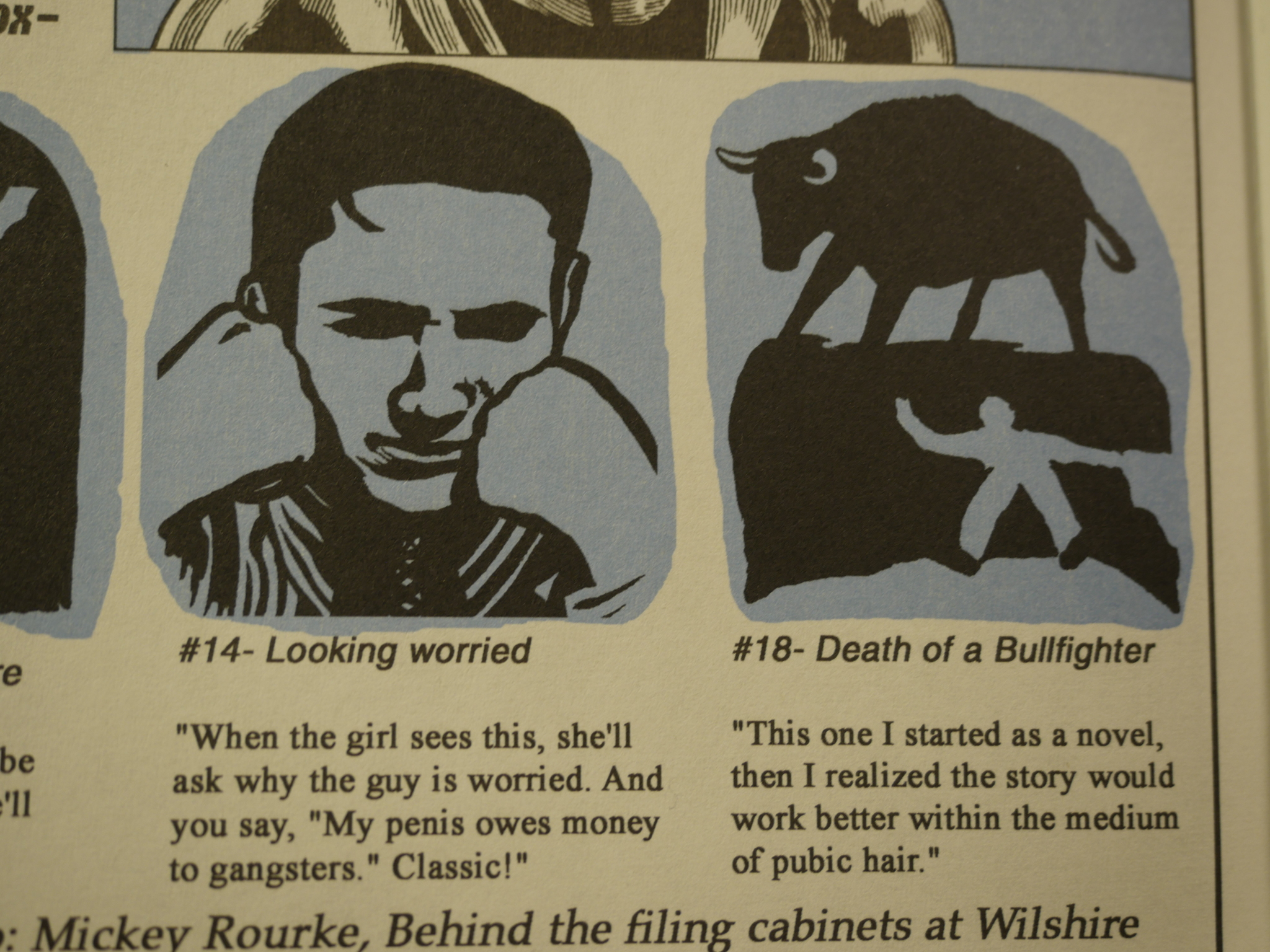 Kupperman used to work under the pen name “P. Revess”, and published pieces in various anthologies throughout the 90s, I think. His method hasn’t really changed much: He starts with an absurd premise (above we see an ad for pubic hair stencils) and then sees it through seriously. 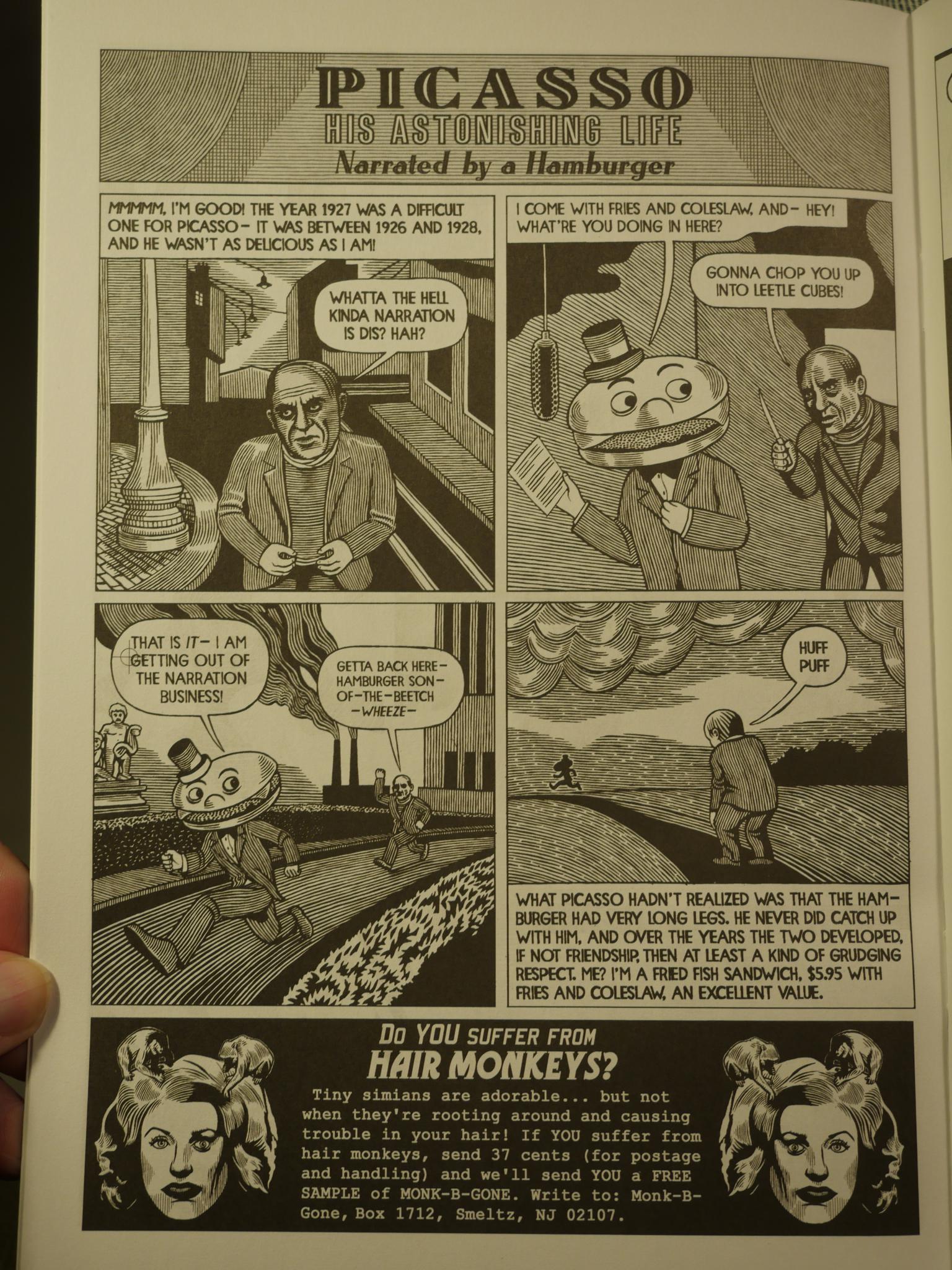 Or adds further lunacy until we reach the end. That Picasso page up there is quite typical: We have a historical person plopped into a very strange situation, and then things spiral out of control.

It’s difficult to say just what Kupperman’s art technique is here. It looks like he’s tracing pictures or drawings (like Picasso’s head), but he’s certainly drawing the obsessive hatching himself. 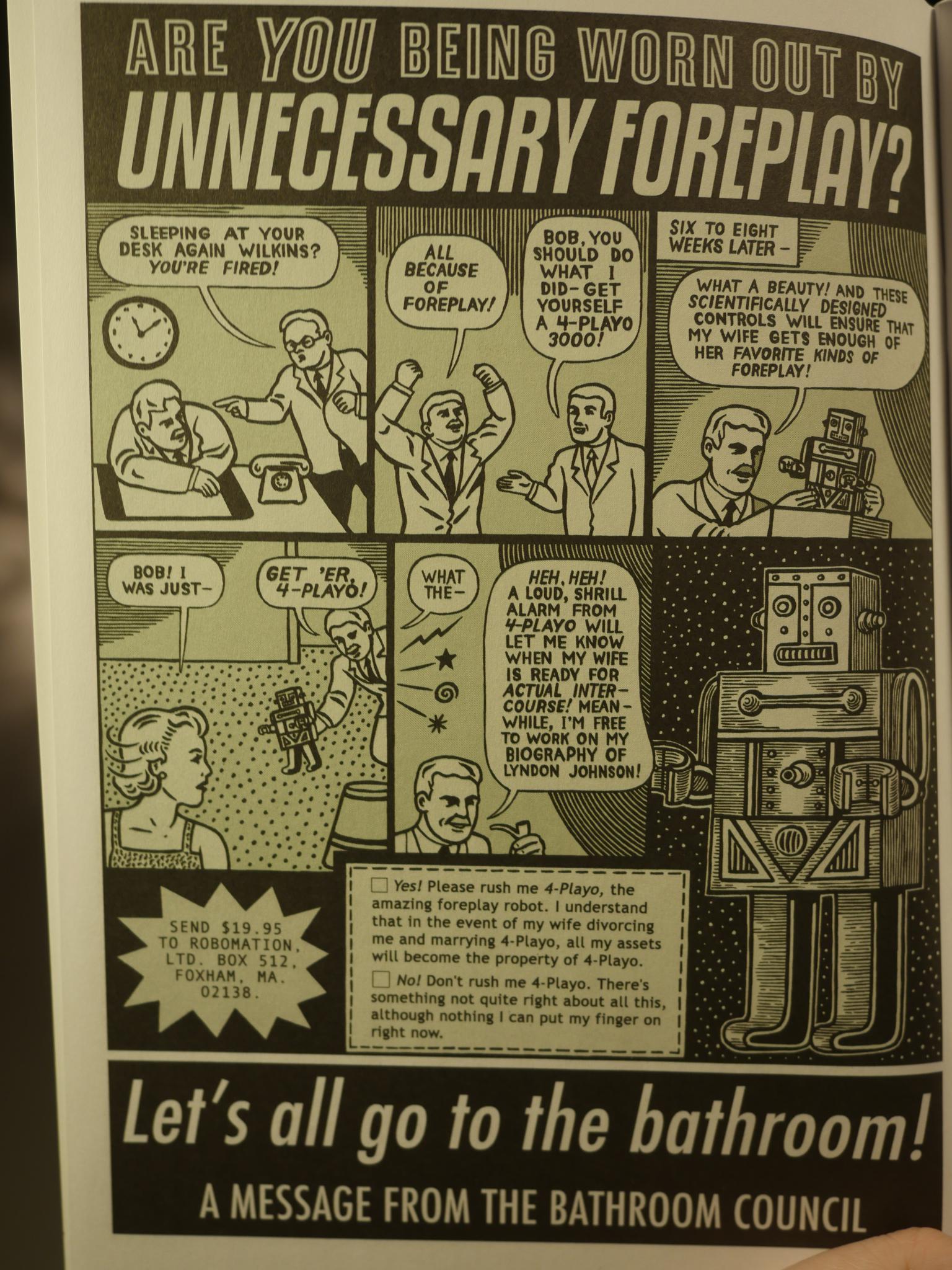 I could just go on including page after page, because it’s all so wonderful that I just about burst while re-reading these comics tonight, but I’m not going to do that. I’ll just note that Kupperman is amazing at doing something like the above, and then returning to it later, and that unexpected return makes it all cumulatively insanely funny. 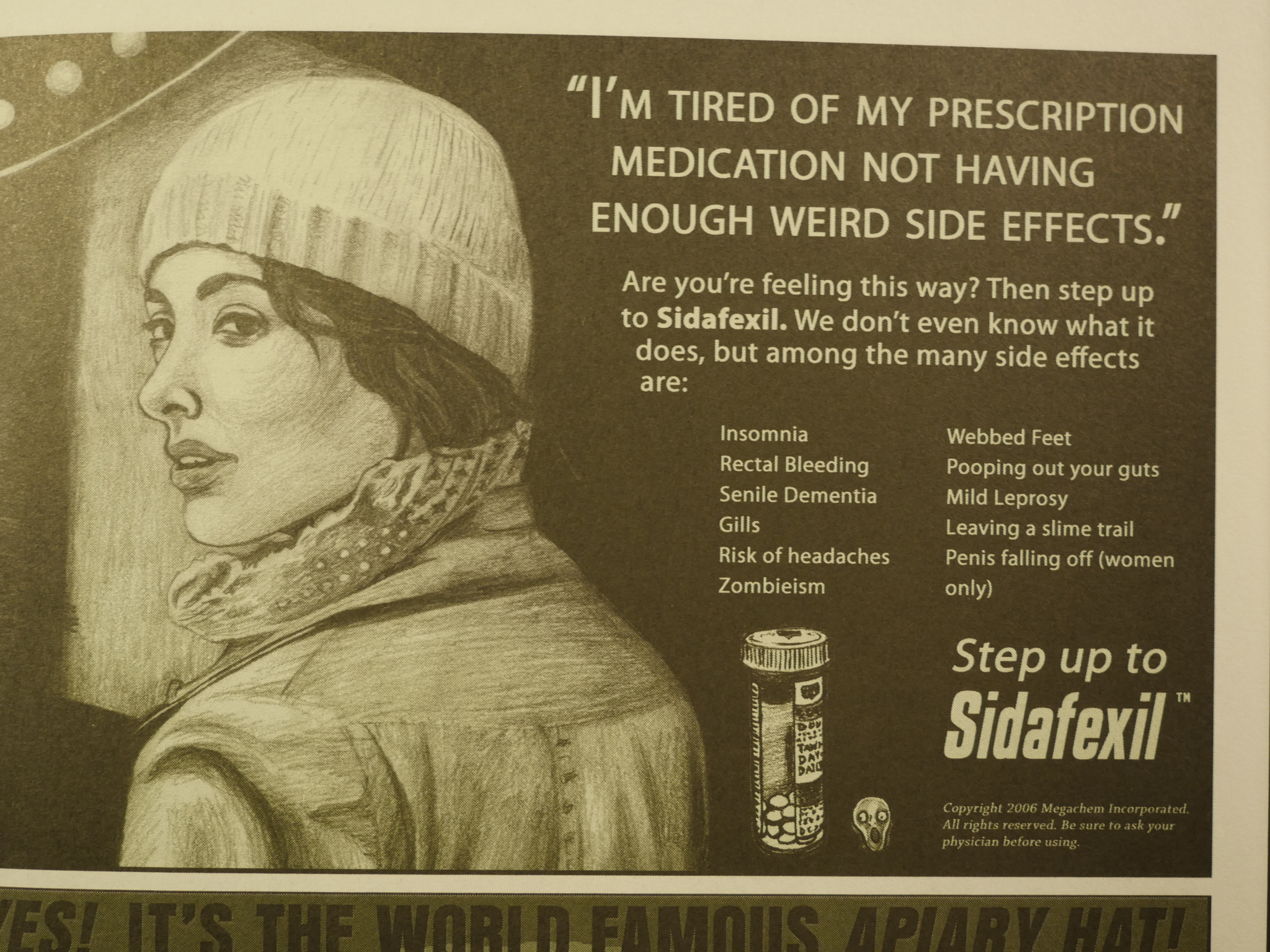 In addition to the “story” pieces (that vary in length between a page and a handful of pages), we also have a lot of these parody ad pages, and they’re also pitch perfect. 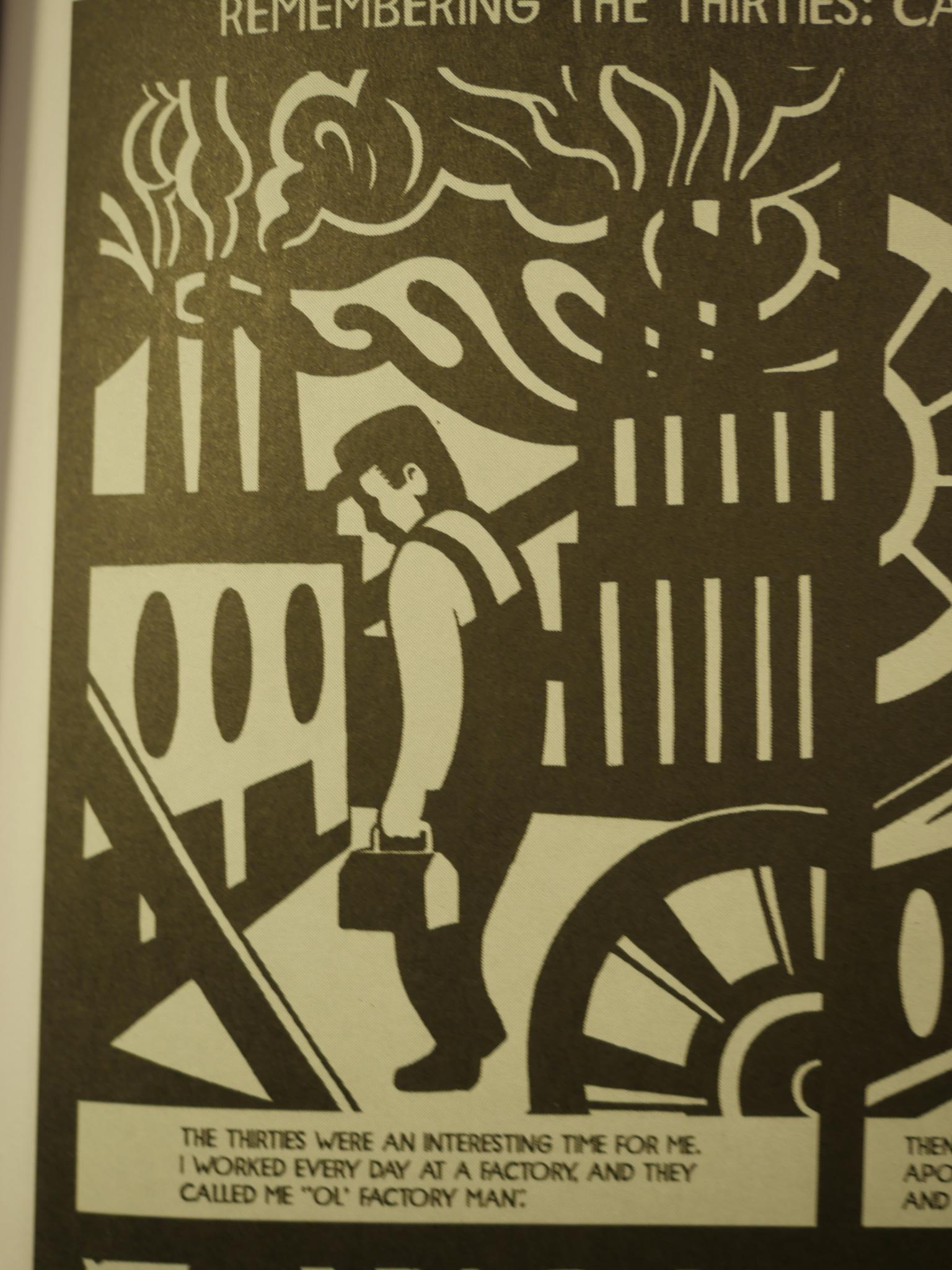 While Kupperman mostly does the “trace the figures and hatch the background” style, there’s quite a few departures from that style, like this woodcut-inspired look. 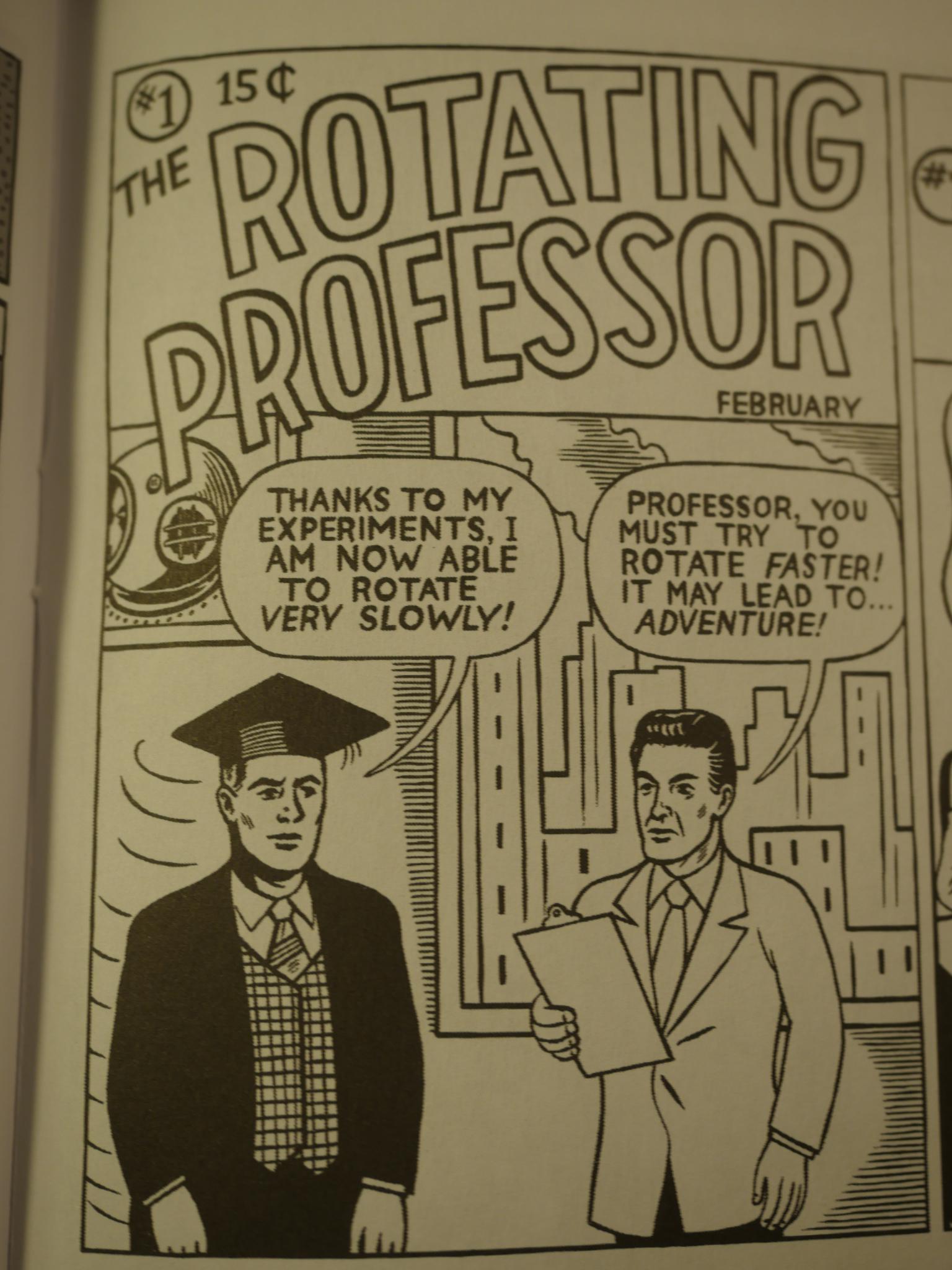 Kupperman isn’t very prolific. The issues of Tales Designed to Thrizzle were published on an almost-yearly schedule. During that time, Kupperman also worked on Mark Twain’s Autobiography, though. 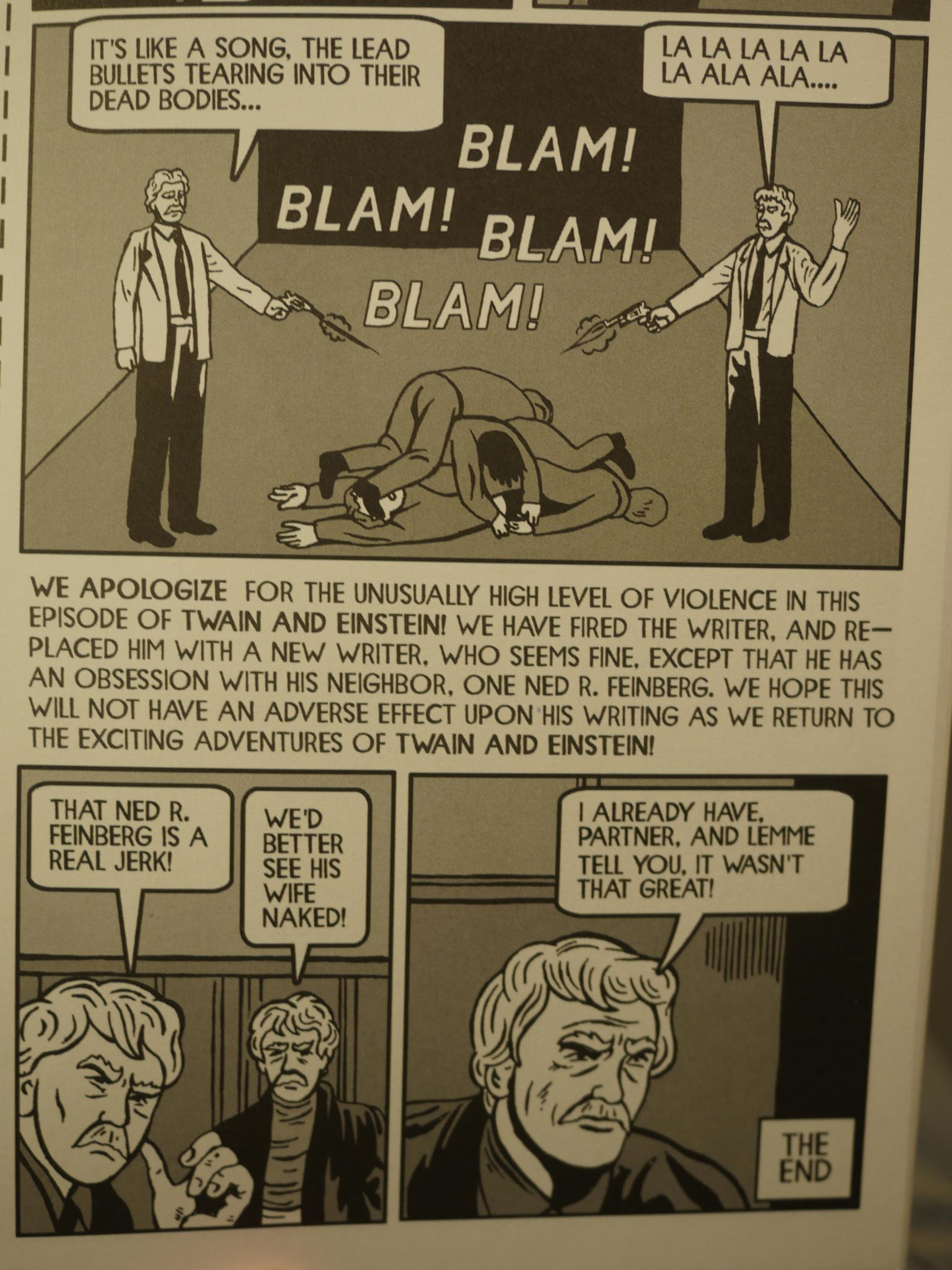 Mark Twain and Albert Einstein, detectives, are perhaps the characters he uses most in this series, while his 90s characters Snake’n’Bacon (who are also detectives) and Mannister, the barrister who can turn into a bannister, make relatively few appearances. 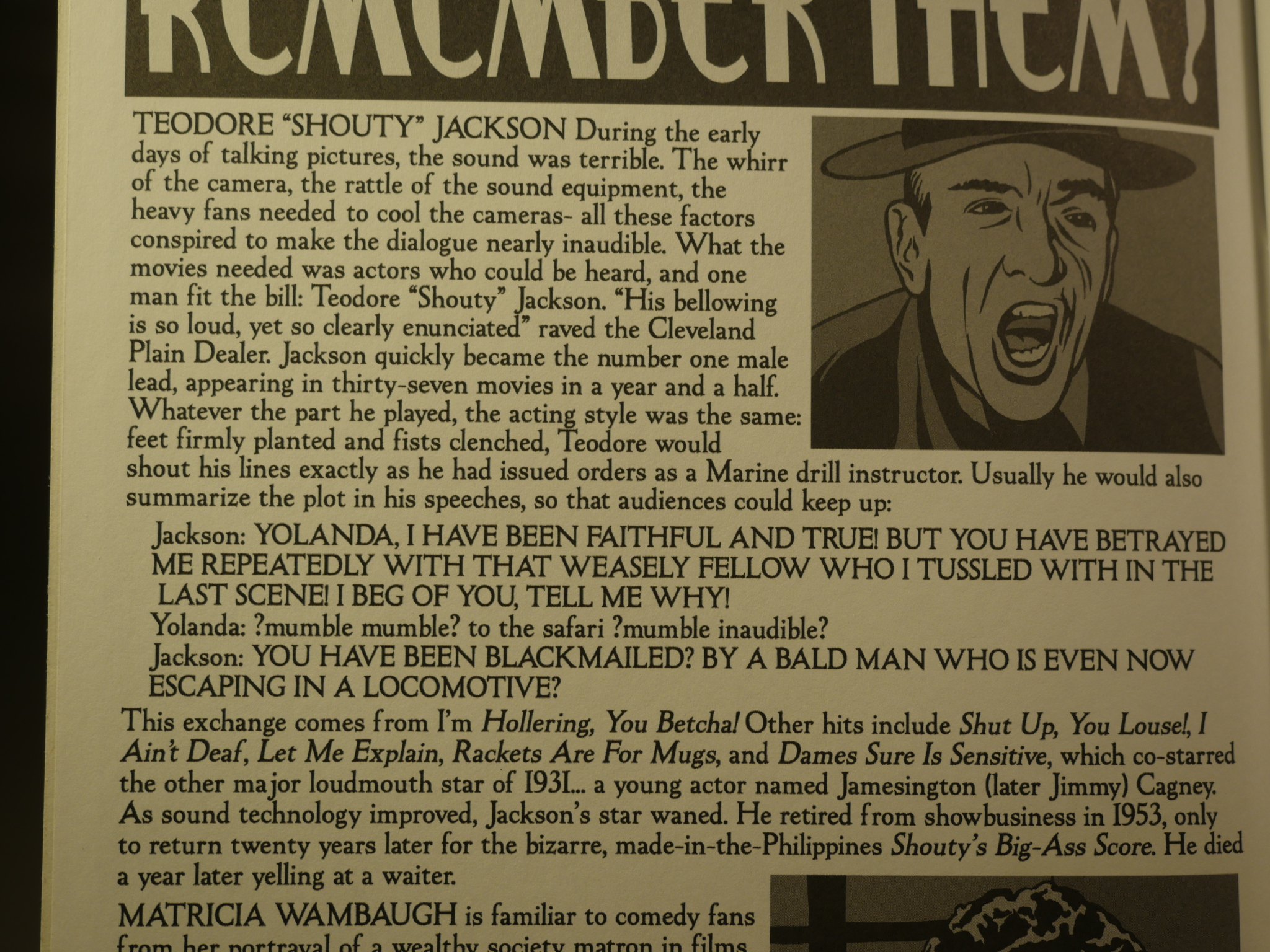 Text pieces like the above appear frequently. Hm. I don’t think any of the water (that I was drinking (I was feeling dehydrated after laughing so much)) that spouted out of my nose landed on the page… 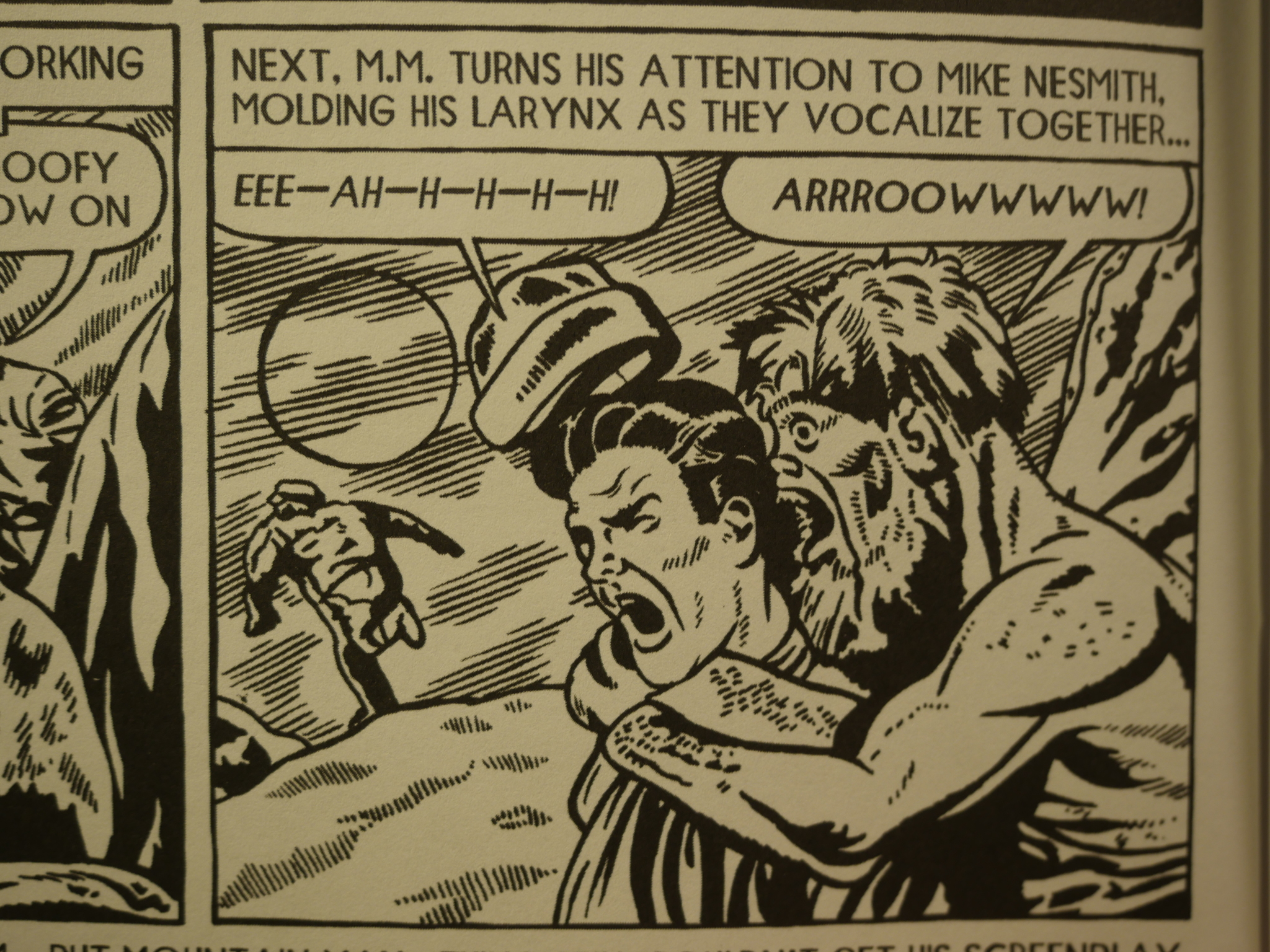 Anyway, by this point (issue five), Kupperman starts featuring these apparently non-redrawn pieces. It looks quite a lot like it might be panels from old comics that Kupperman has added new text to. 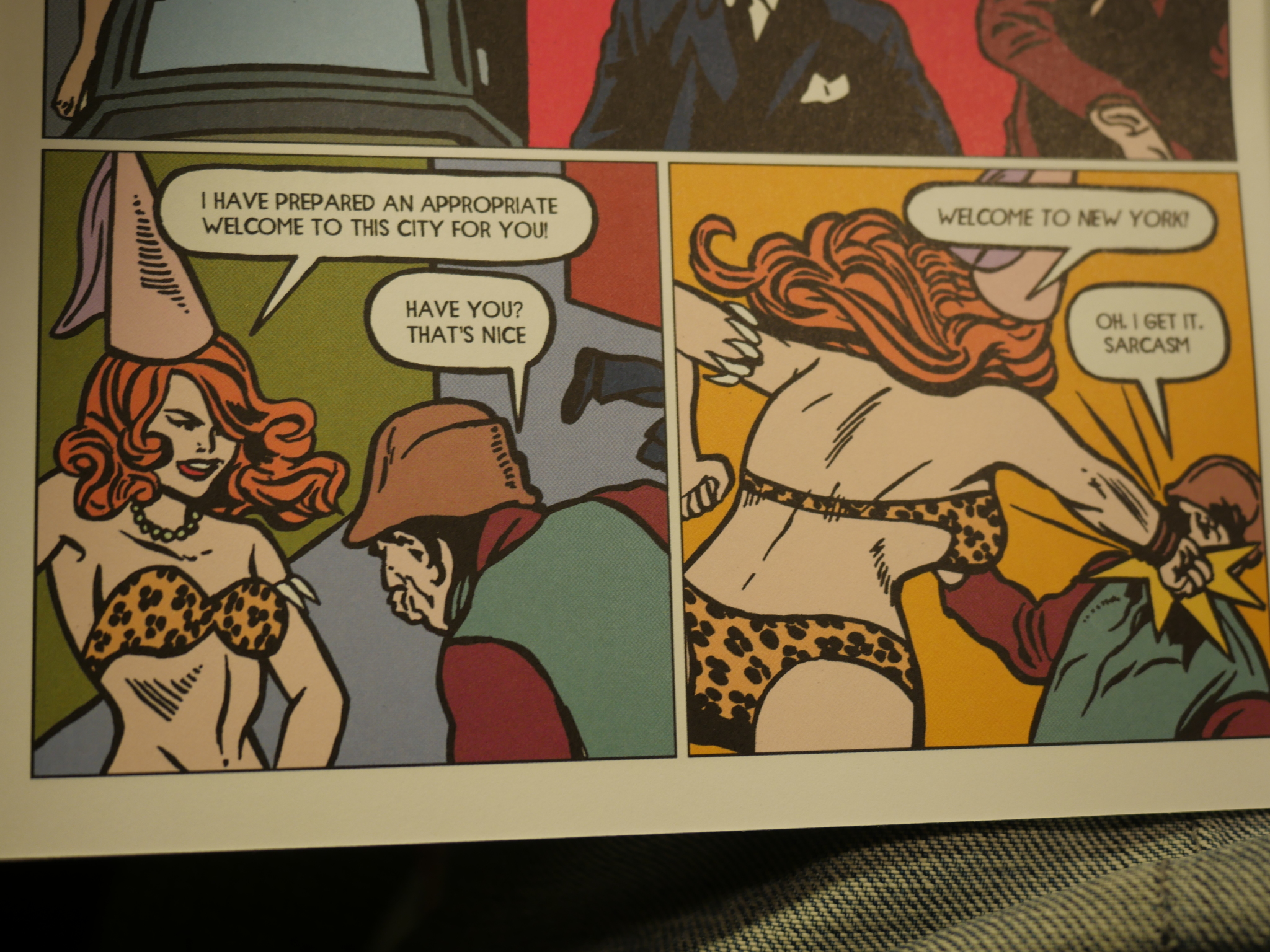 In issue six, Kupperman moved to full colour, and the artwork changes radically. The figures seem like they’ve been taken from old comics and shuffled around in the computer, and then colours are added. I really liked the old trace-and-hatch look, so I was a bit disappointed. 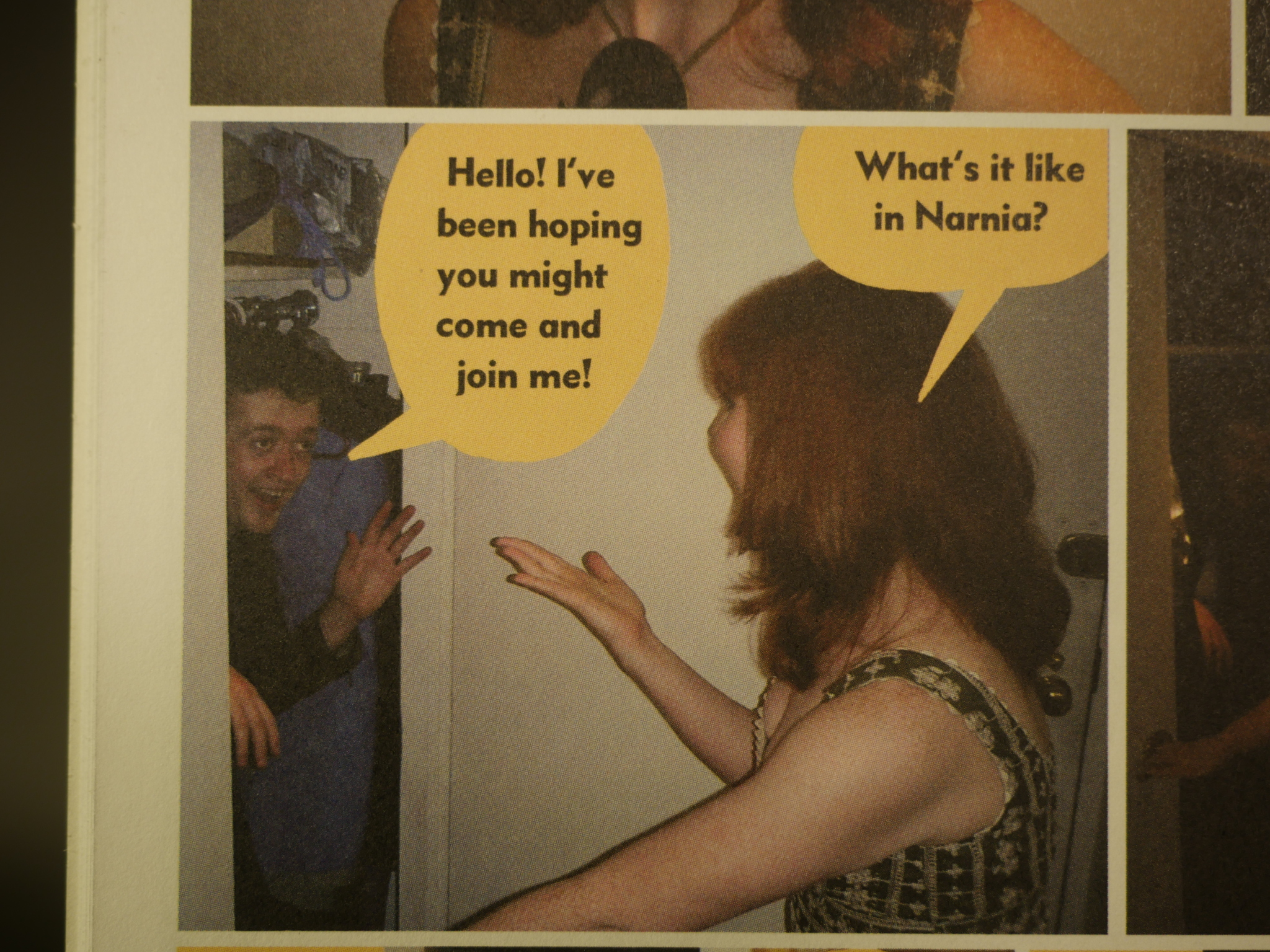 There’s a couple of fumettis in here, too. 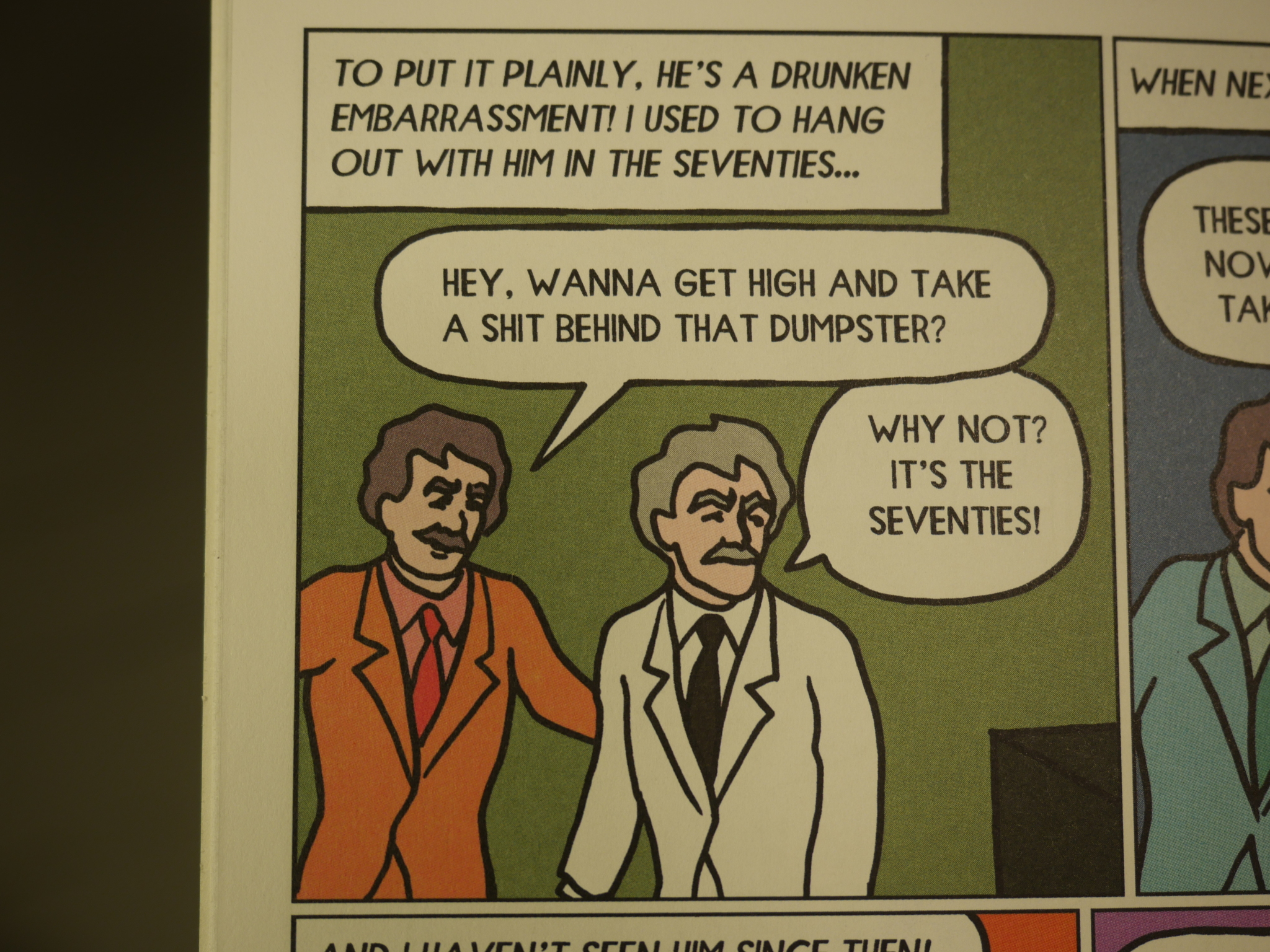 The pieces that aren’t snipped from other comics are drawn in a very basic manner. It’s still very funny, but perhaps it means that he’s tired of, or doesn’t have time to draw comics any more?

Anyway, that’s it. 250 pages of absurdly funny absurdities. The series has been released as a two-volume collection from Fantagraphics.

The Twain autobiography (which is also very funny) was released in 2010. After that, Kupperman doesn’t seem to have published any comics work, but he created something called “Pirate Nightmare Vice Explosion: Inherited Remnants of an Amateur Dadaist’s Library”, which seems to be a book of magazine clippings.

And I can’t find a single review of it. Odd. I didn’t know it existed, but I’ve bought a copy now.

He’s got t-shirts here (and I’ve got the literature one, just look): 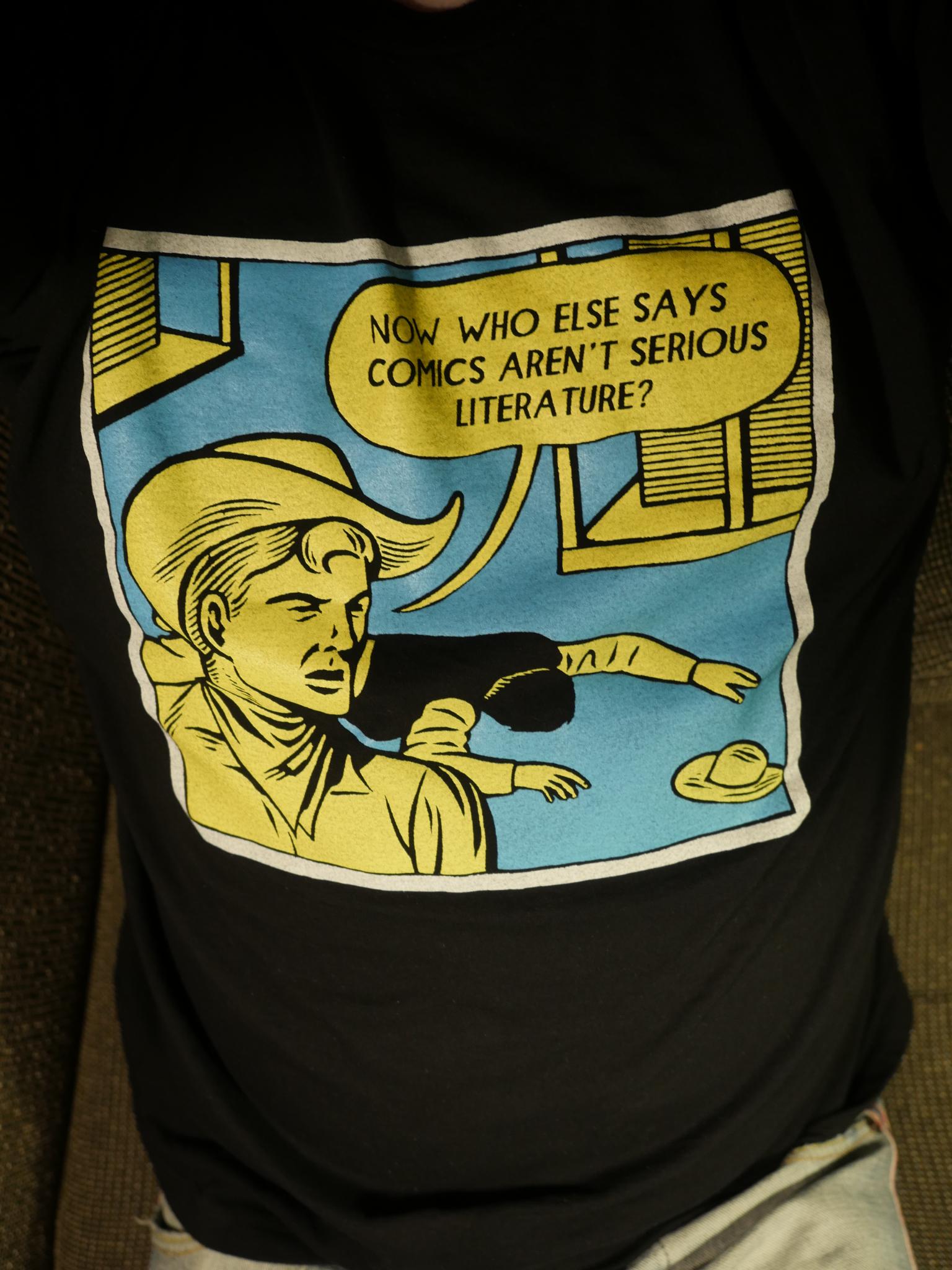 But I can’t seem to find any indication that he’s working on new stuff.