When watching movies, it’s easy to get stuck in a rut and always return to your favourite genre. (Which, for me, is science fiction. I’ll basically watch anything that’s science fiction, no matter how bad it is, and it gets really, really bad.)

I’ve tried to mix it up by giving myself various stupid challenges, like watching a film from each country on the planet, or watching all the films of a director or an actor in a ridiculously in-depth way.

So I was wondering what to do next, and the idea occurred to me a few years back to do a deep dive into some specific era. And a decade is a nice slice of time. But which one?

I first thought about the 70s, because there’s a lot of interesting stuff from that decade I just haven’t seen, but there’s also so much… 70s… stuff… that it seemed a bit off-putting.

Then the 30s. I was all gung ho for watching smart alecks talking rapidly in the general direction of the other person, you see!, but while doing a 1968-1922 thing, I was a bit unimpressed by the very early 30s films. Things really took off, like, in 1933 or something. (NB! Probably wrong opinion.) 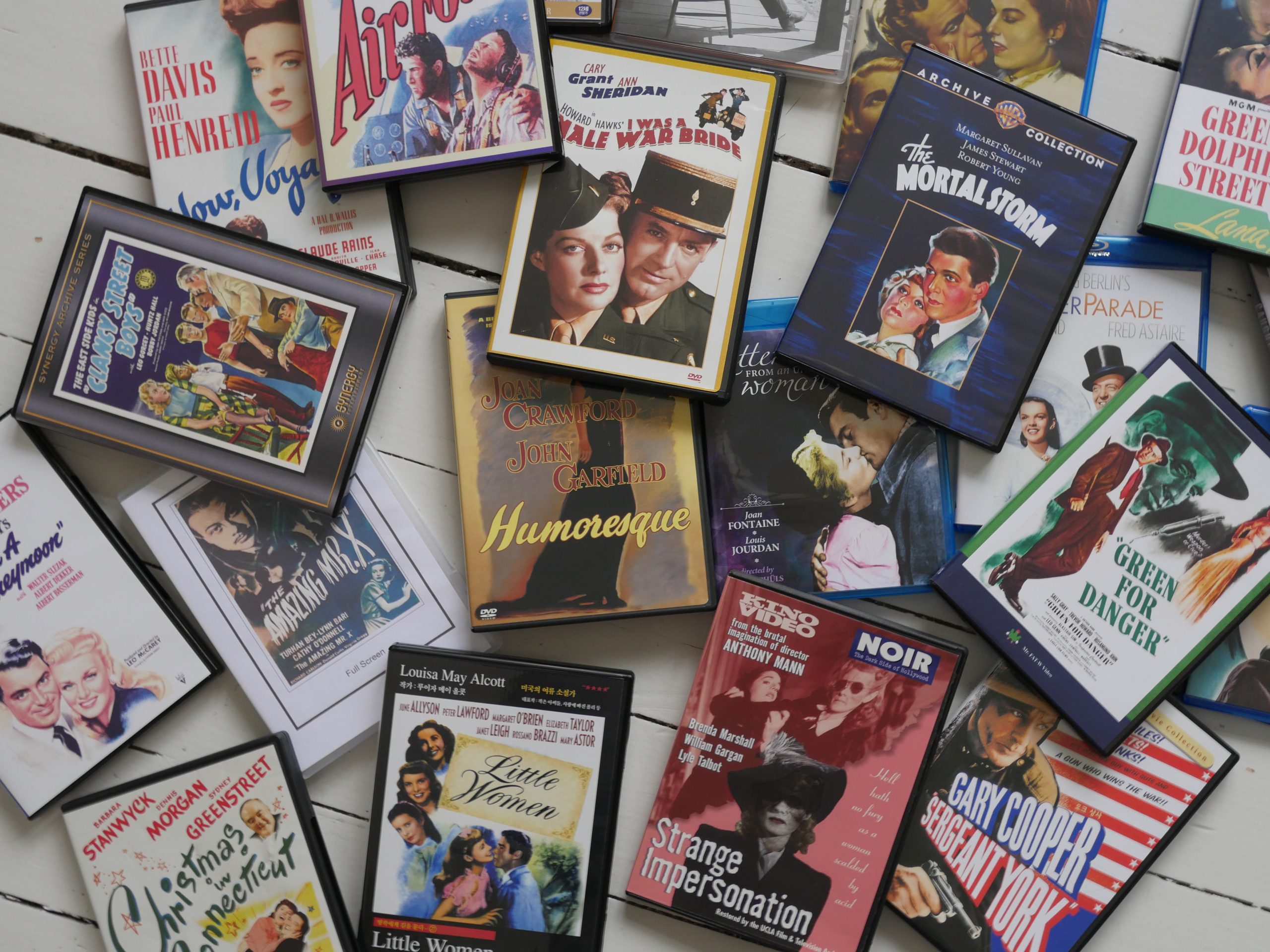 Even though that means watching a whole bunch of war films. And besides: 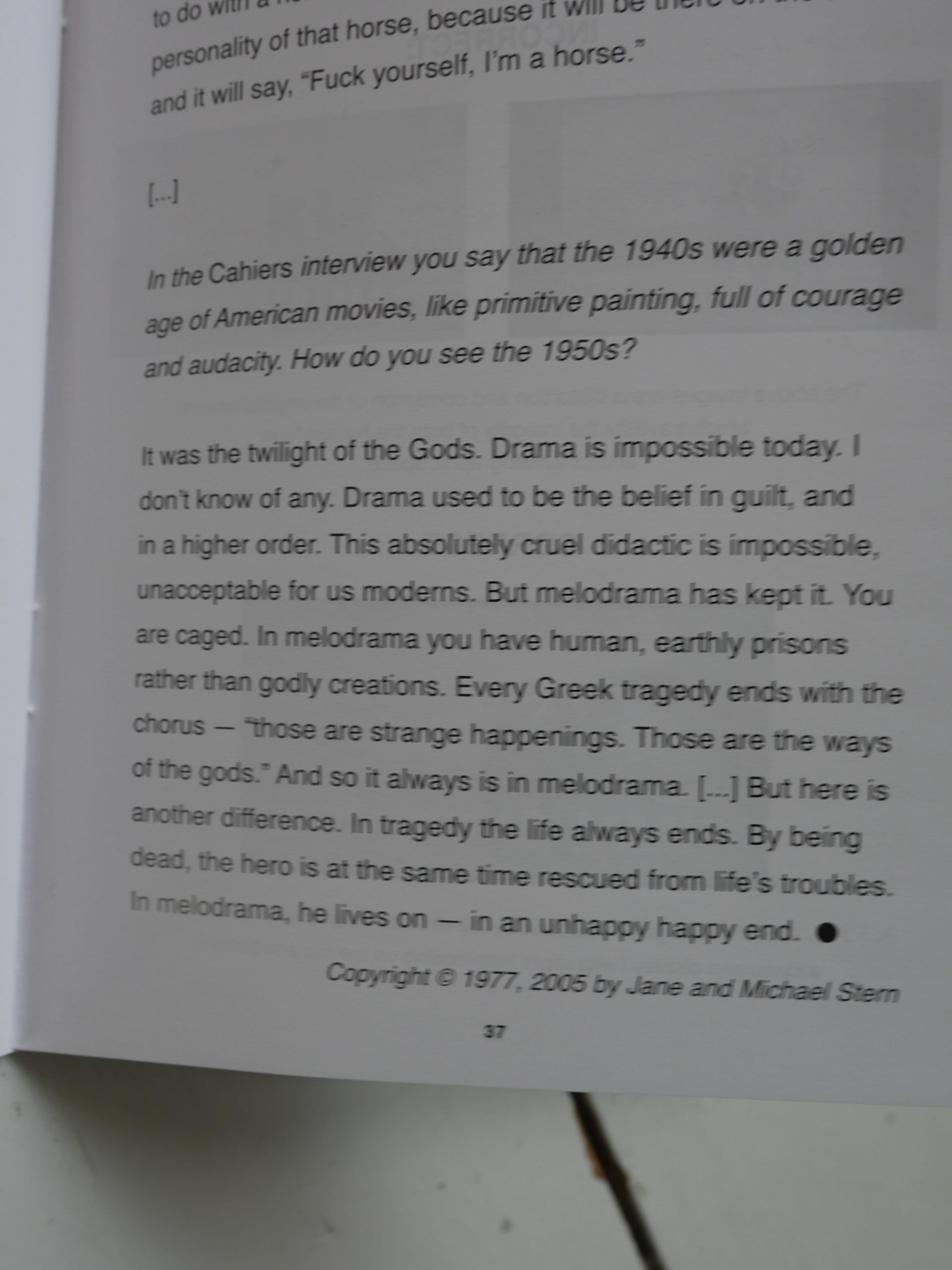 Douglas Sirk, in an interview included on the Criterion edition of There’s Always Tomorrow, is quoted as having said that the 40s were a golden age for American films. 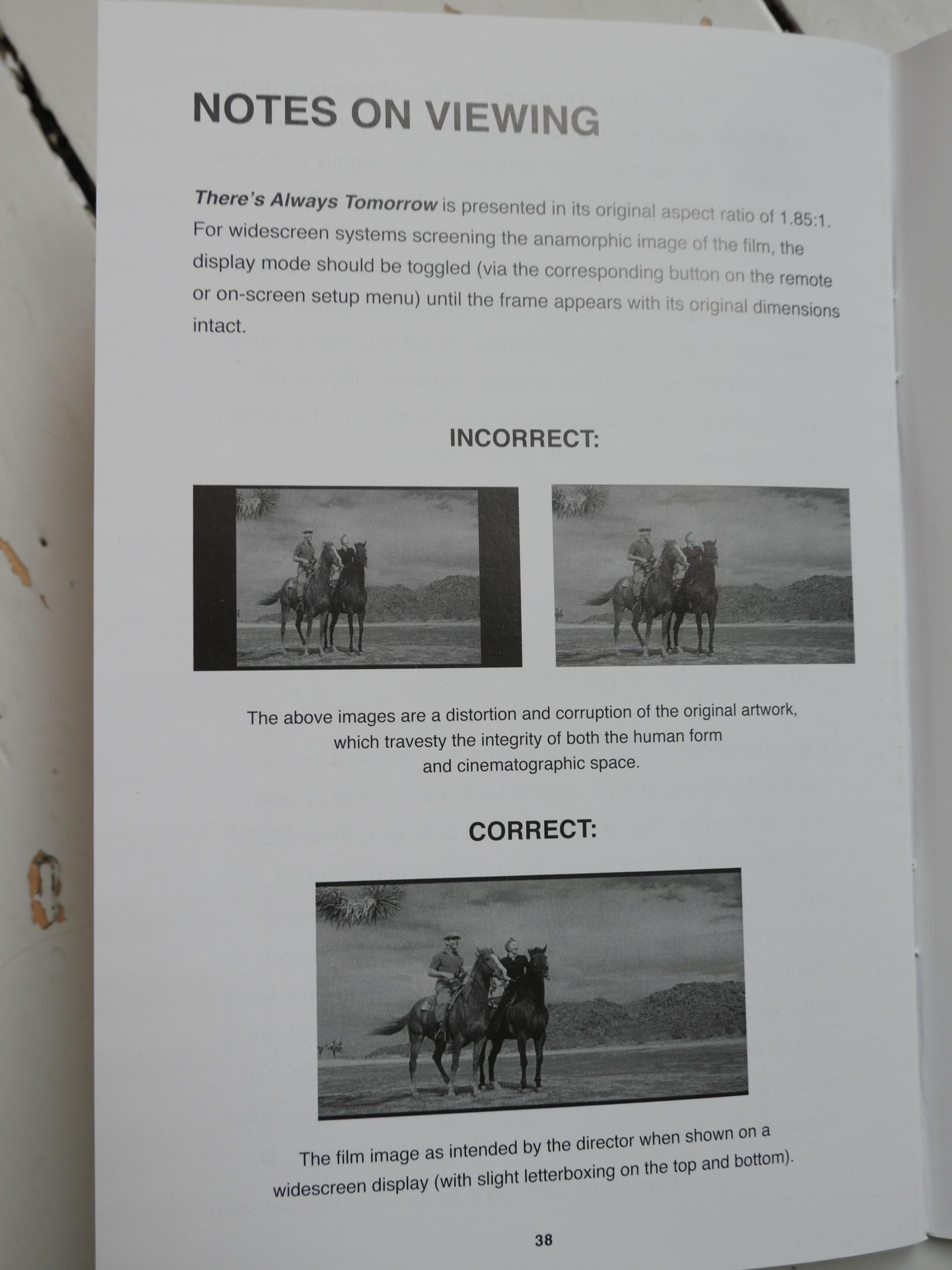 (It also, fascinatingly enough, has a note on the correct aspect ratio using the remarkable sentence: “The above images are a distortion and corruption of the original artwork, which travesty the integrity of both the human form and cinematographic space.” Not only is travesty a verb, but it’s a transitive verb! Wonderful! I learn so much.) 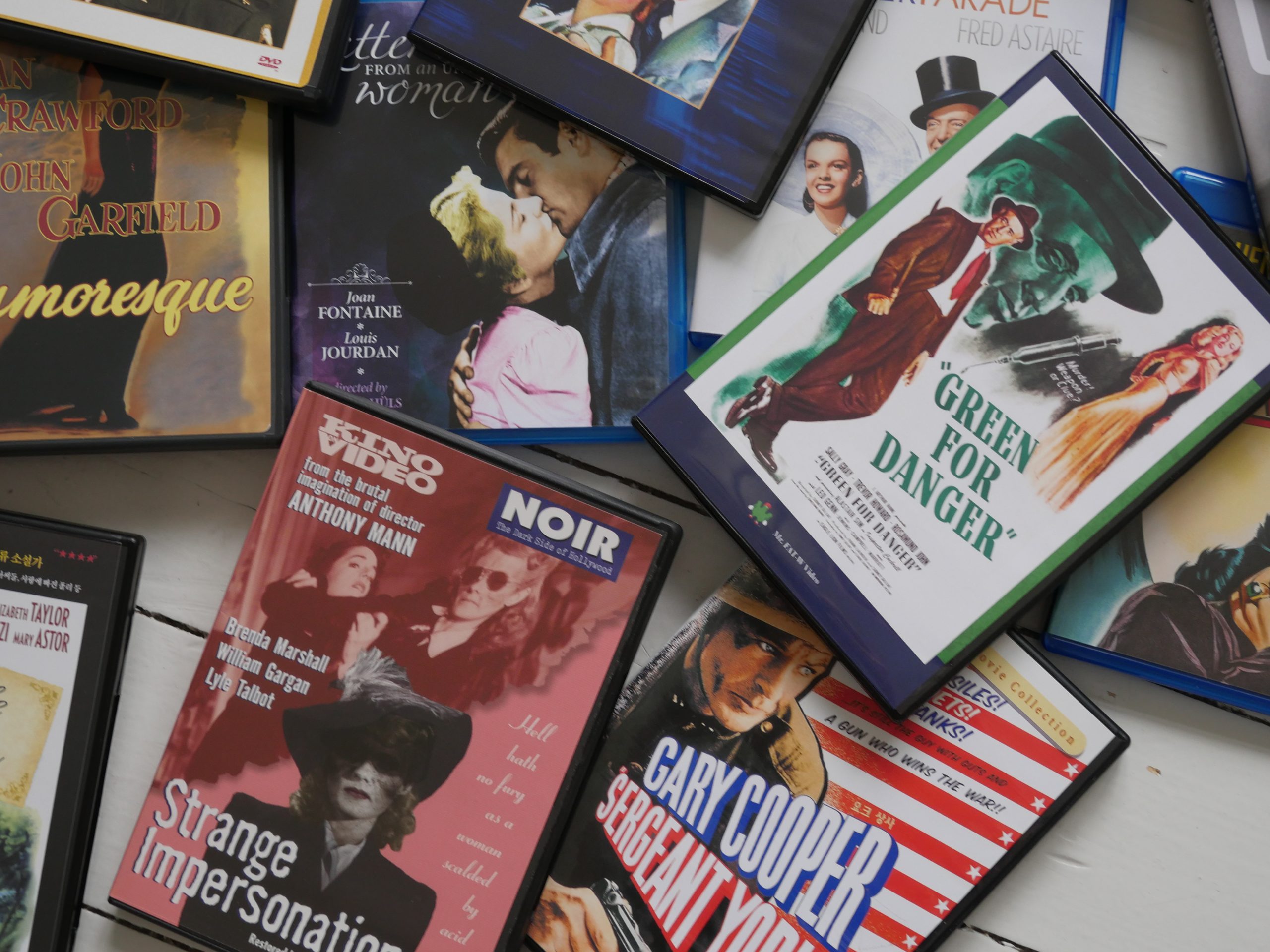 My methodology for choosing films this time is based on the old IMDB data dumps, which included release date data.  (IMDB has removed this information from their current exports.  Boo!)

I sorted the films per month, and then sorted the films on rating and number of votes per month.  Then I chose the highest-rated film per month (that I hadn’t seen before), unless a lower-rated film sounded more interesting.  (And this is also subject to availability; quite a few popular 40s films just aren’t available at this point in time.)

But nothing obscure; these are mostly all 120 commercial successes and not art house films. 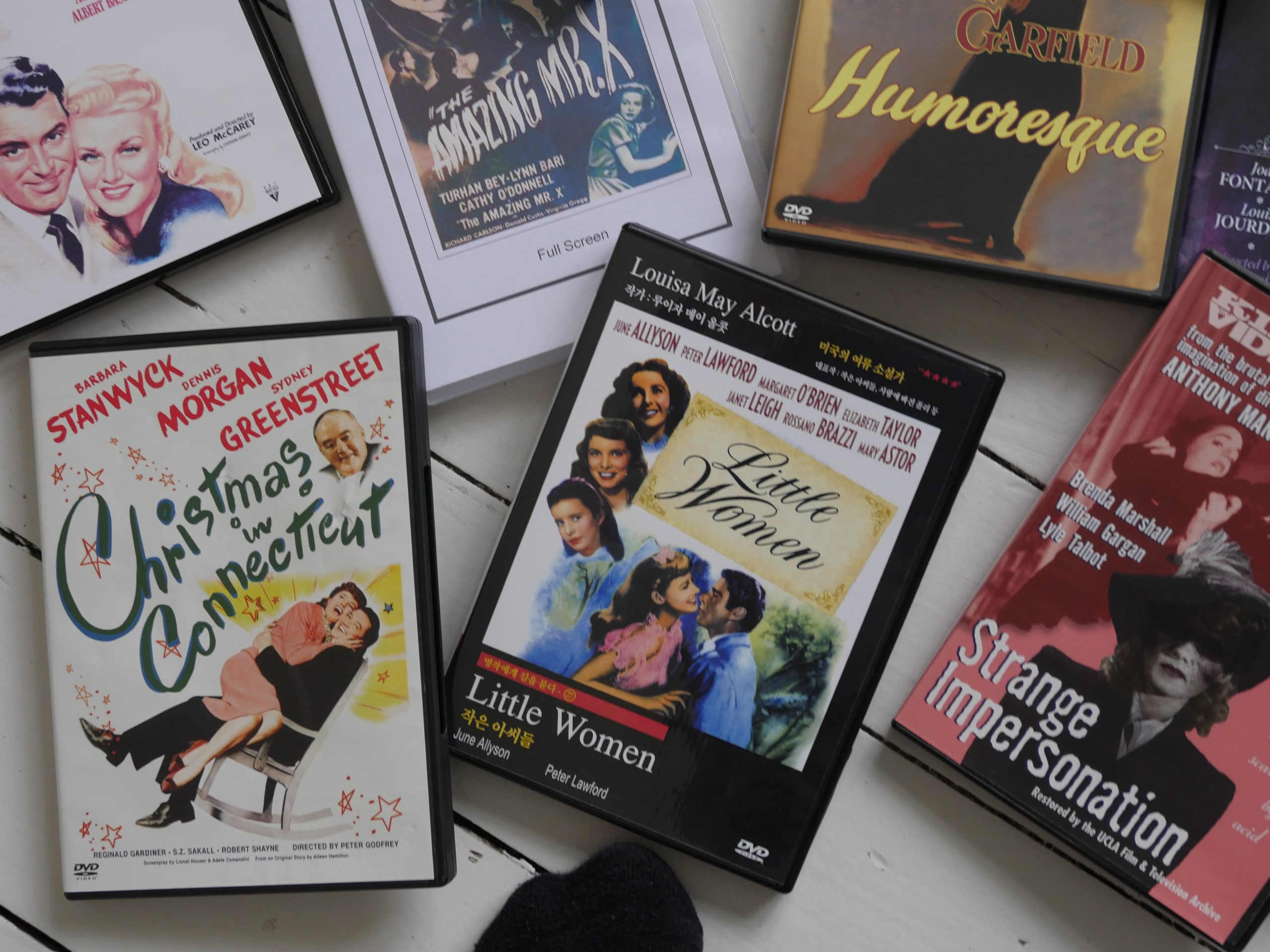