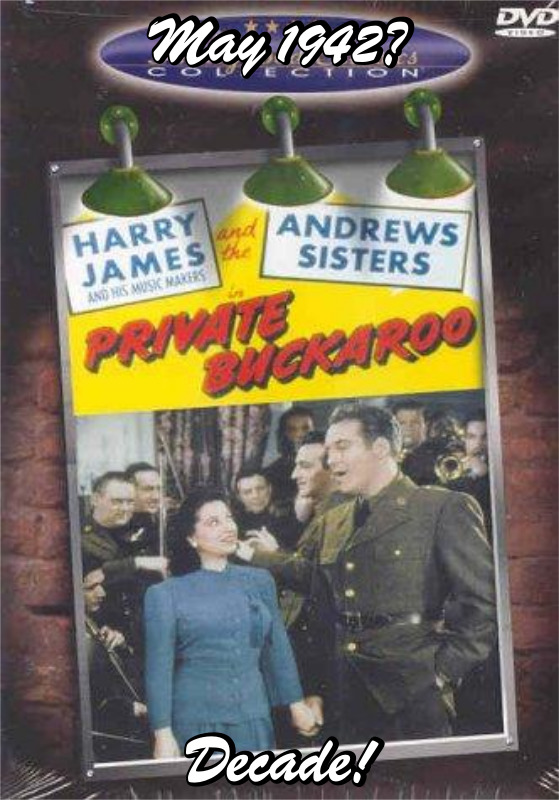 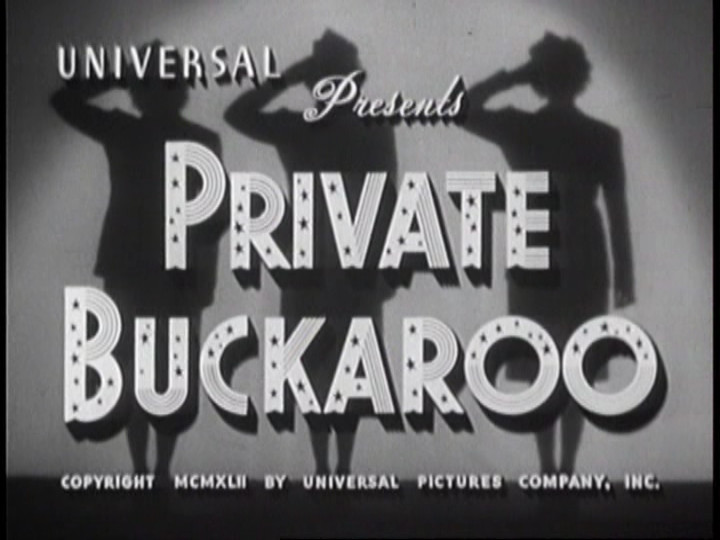 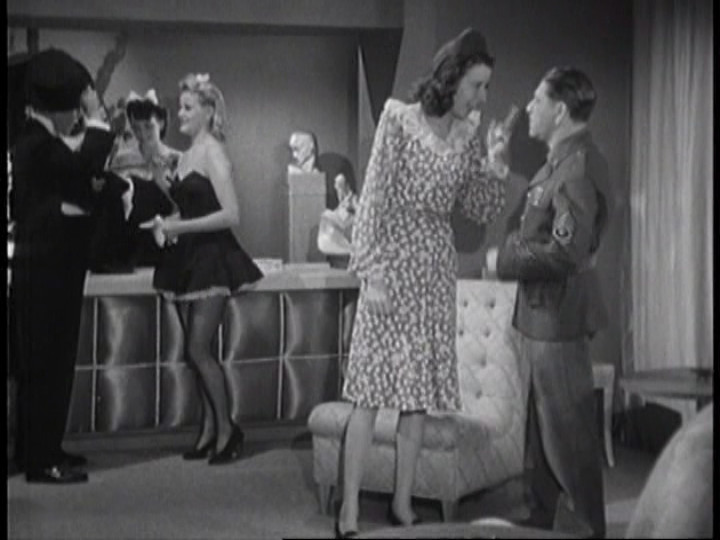 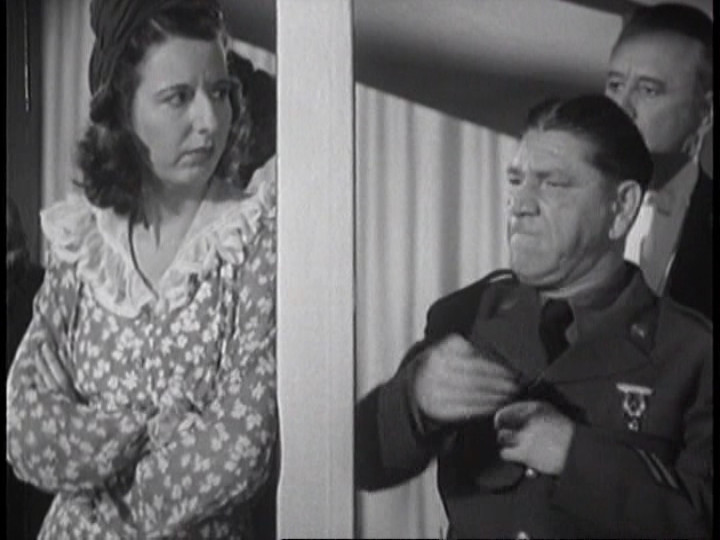 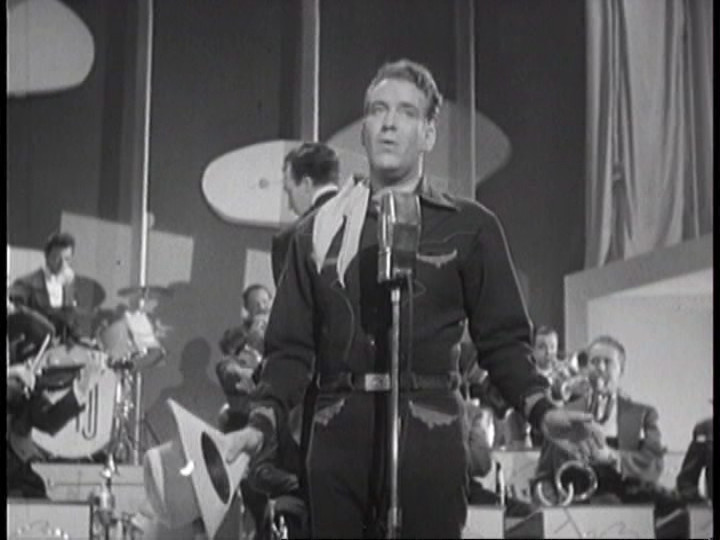 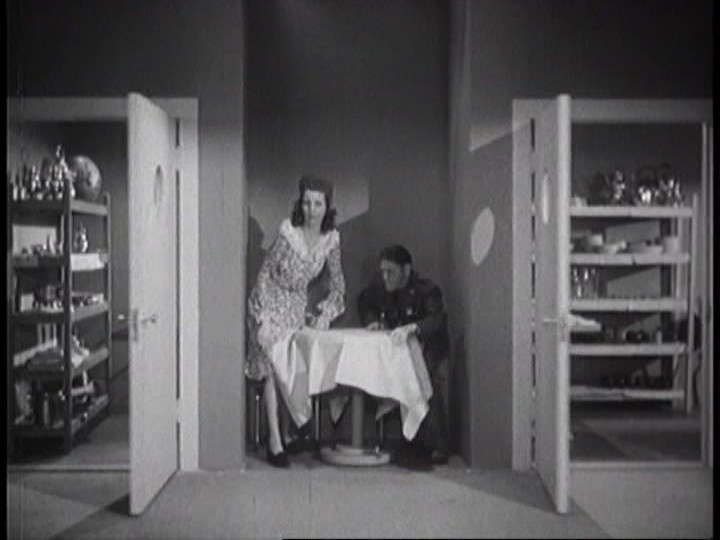 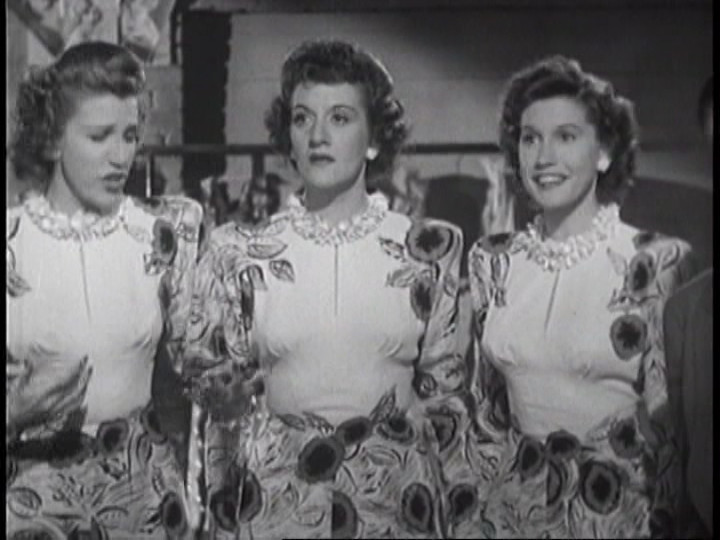 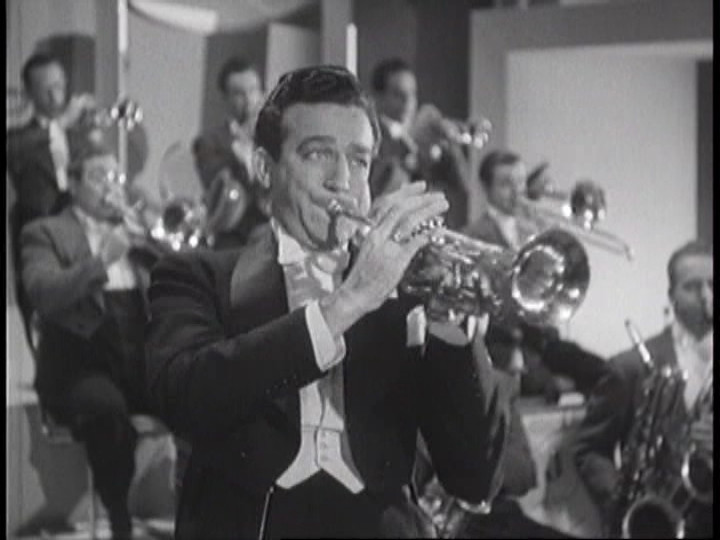 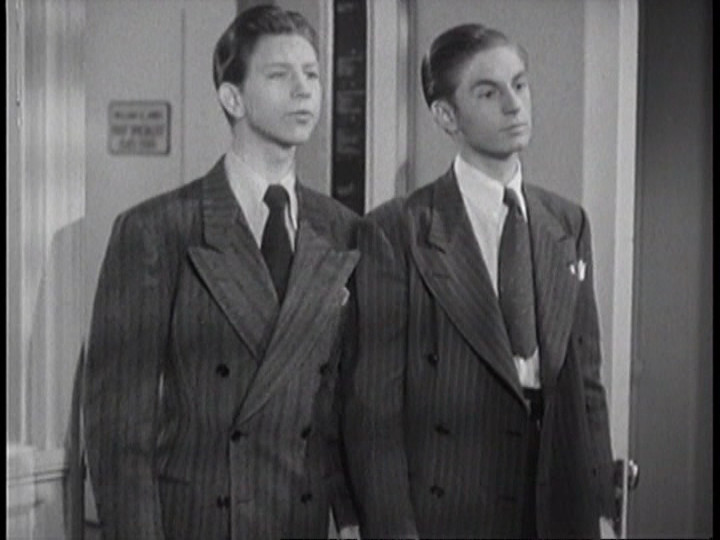 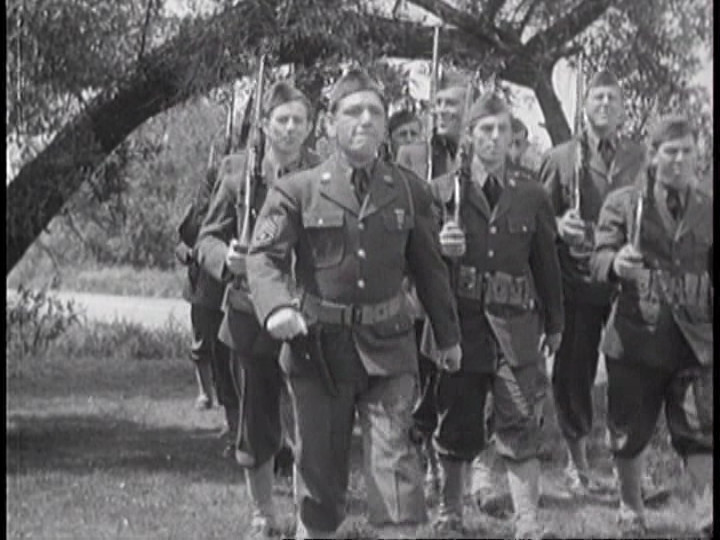 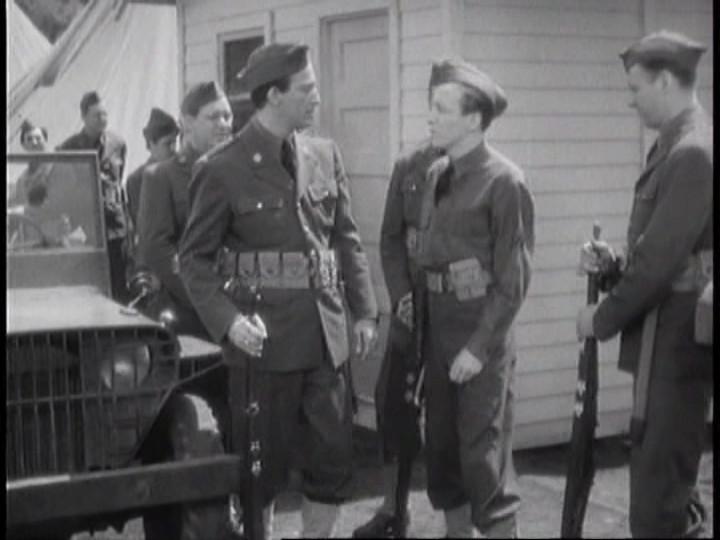 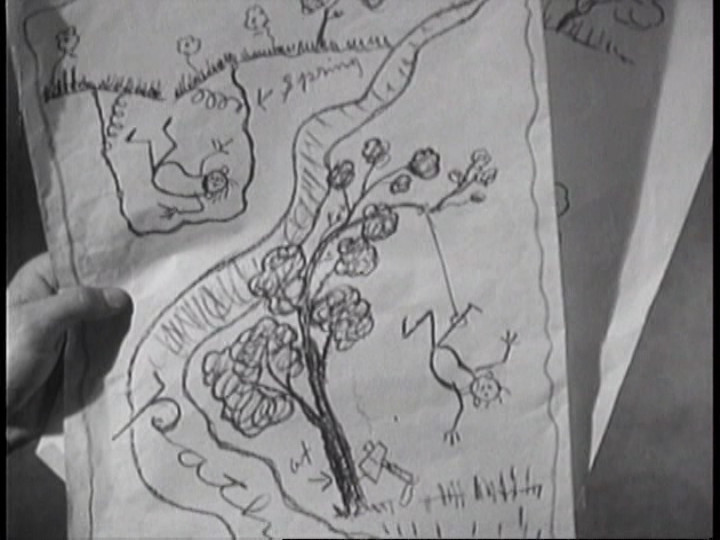 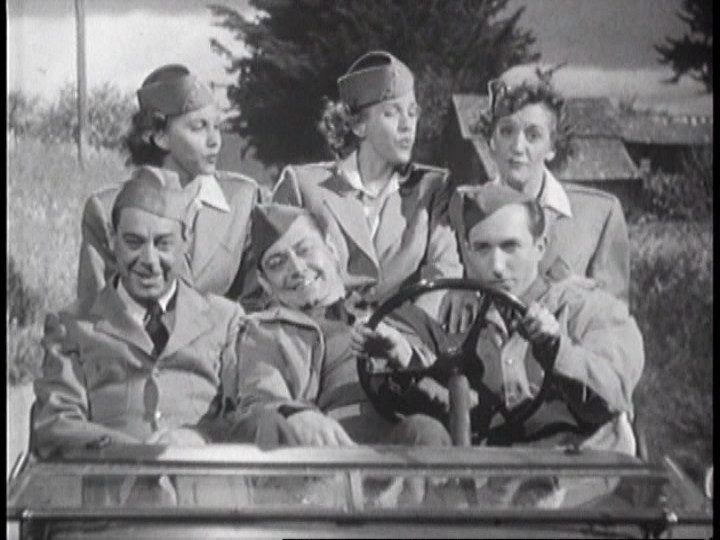 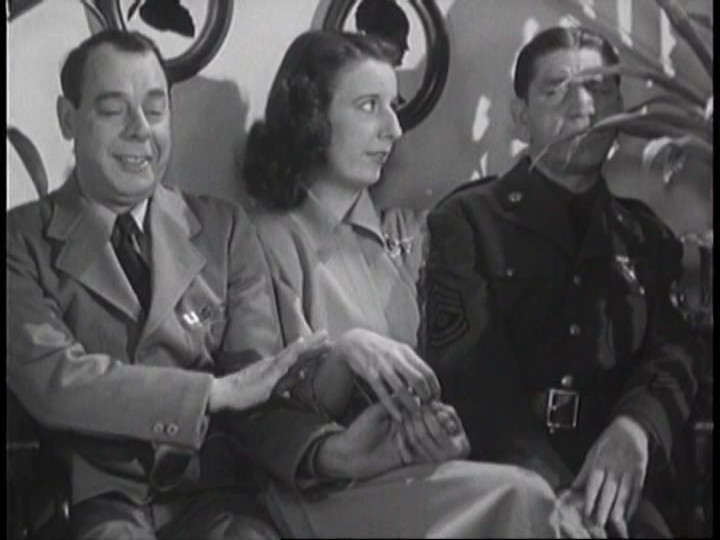 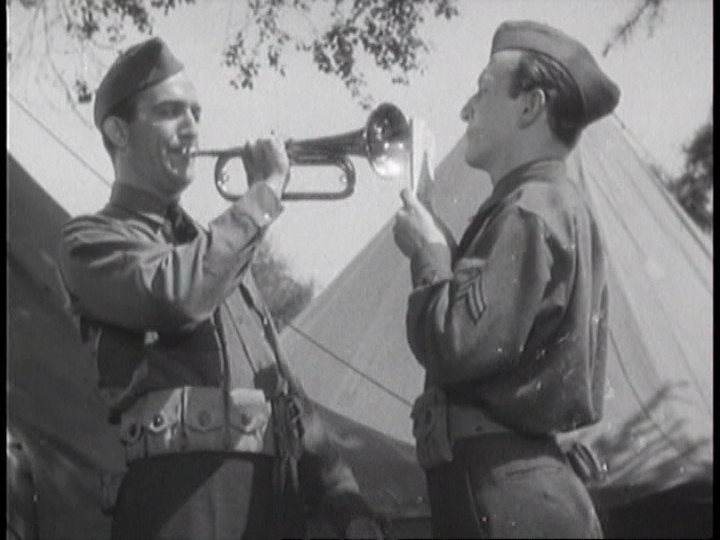 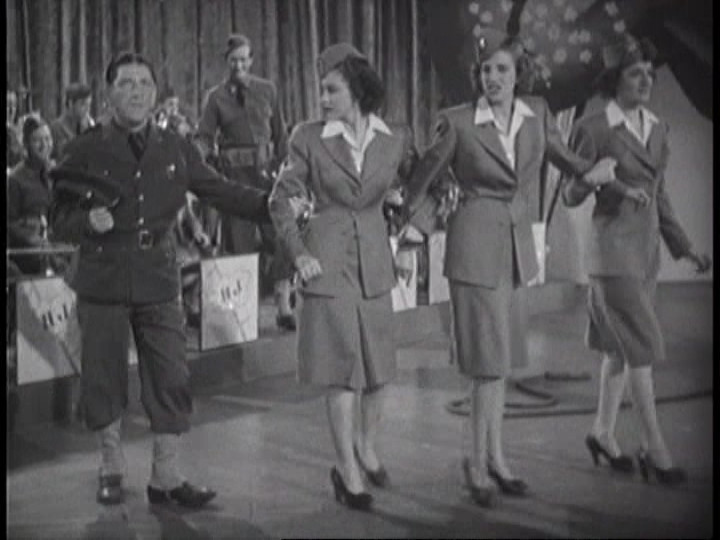 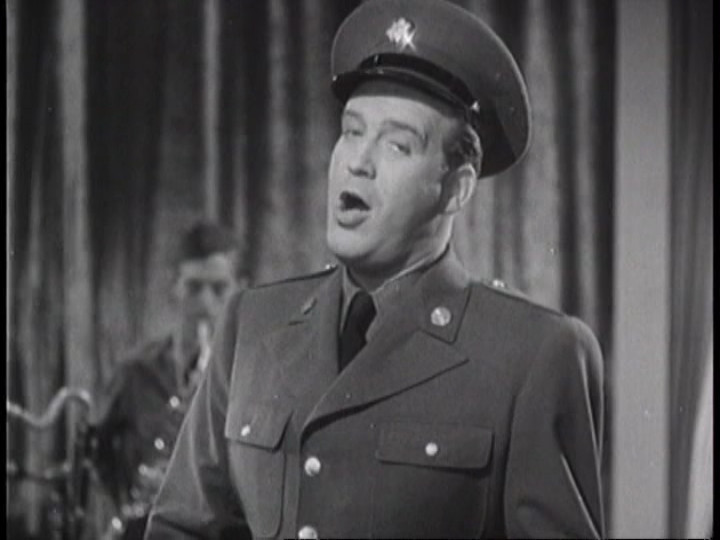 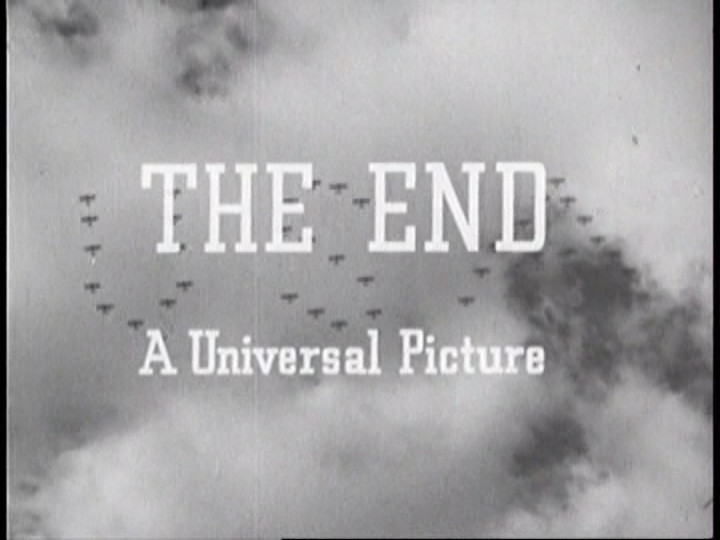 This is from that collection of cheap b movies and features the Andrews Sisters.

This also has the fabulous Mary Wickes. She can liven up a movie just by being in the general vicinity of it, and when she’s on the screen, she’s just everything. And Shemp Howard is a perfect foil for her.

This is barely a movie, though. It’s a series of songs with some screwball stuff happening in between the numbers.

Which is fine by me; the is very easy on the brain. The music’s nice and the screwball stuff is amusing throughout. And occasionally laugh-out-loud funny.

Everybody joins the army halfway through the film! This is very patriotic but structurally odd. It also means less Mary Wickes, which is never a good thing.

“I’ve sipped from many a cup, but never a mug like this.”

Popular movies in May 1942 according to IMDB: