I’m thinking about watching a buttload of older films… perhaps all from the 40s? I’m not sure. In any case, I’ve started poking around to see what’s available, and I stumbled onto a 50 musicals box set for $7 (used), which made me so curious I just had to get it.

And it arrived today: 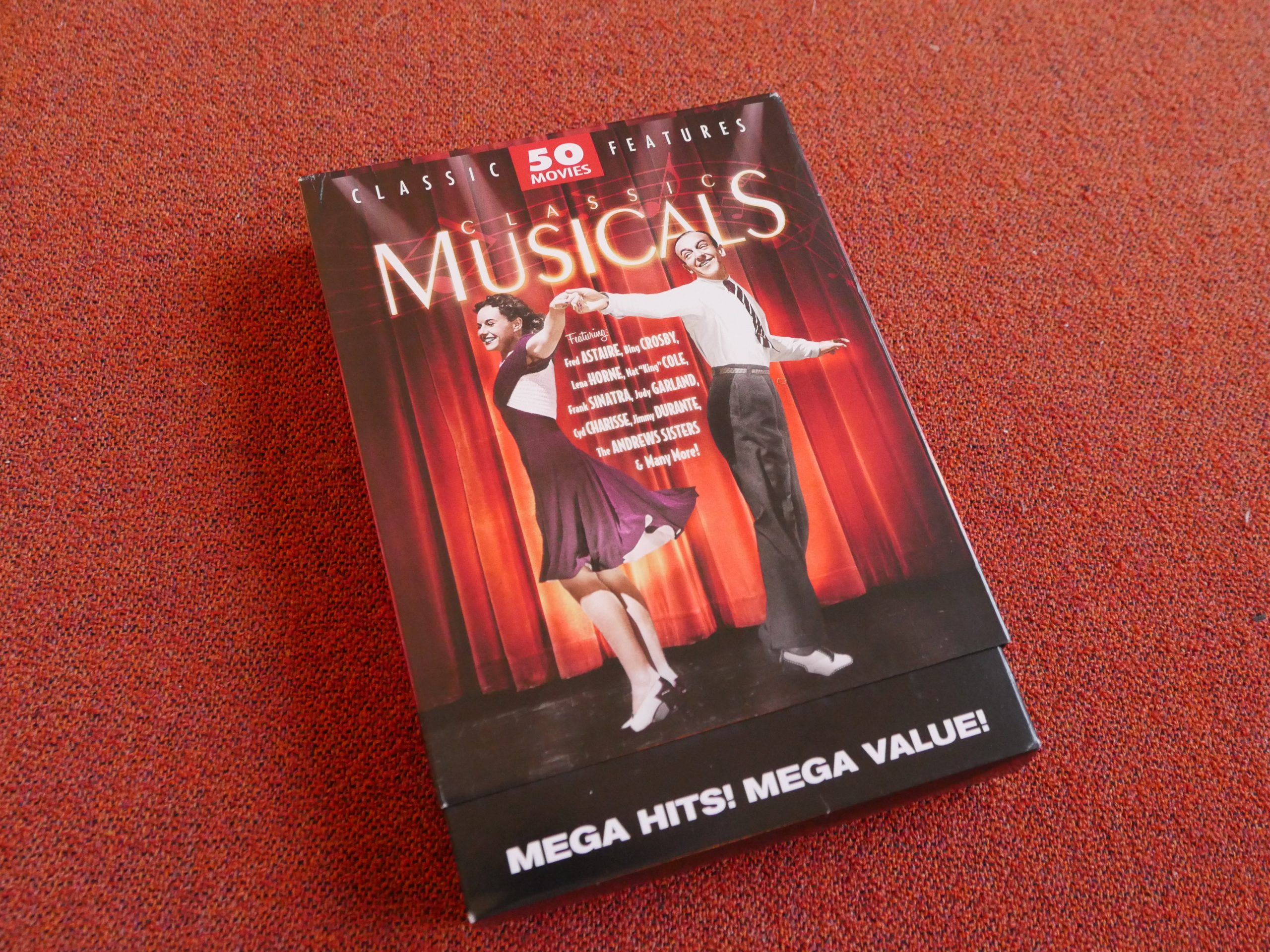 It’s about as thick as two normal DVD covers… 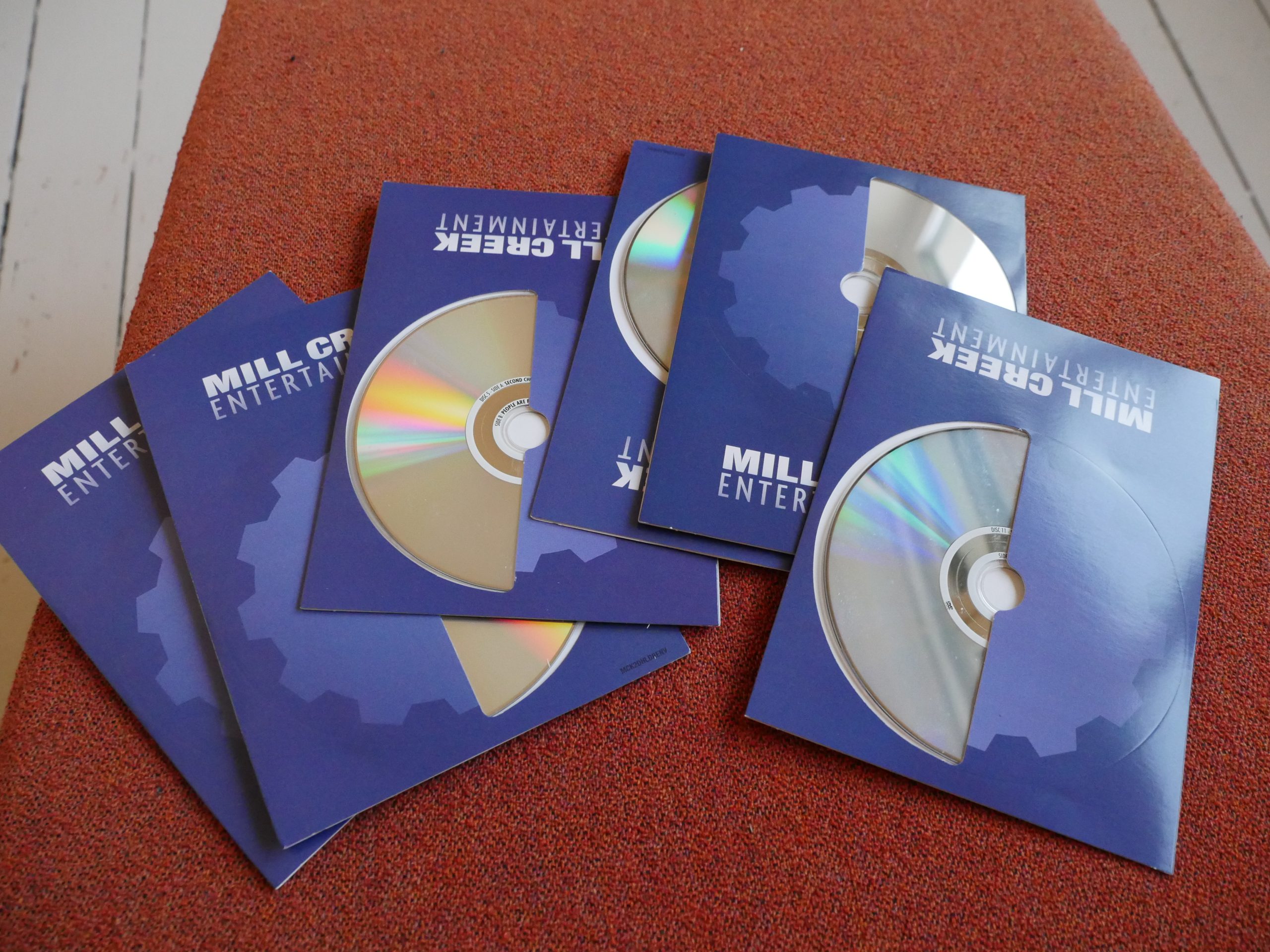 Inside are 12 cardboard envelopes that have two DVDs each. 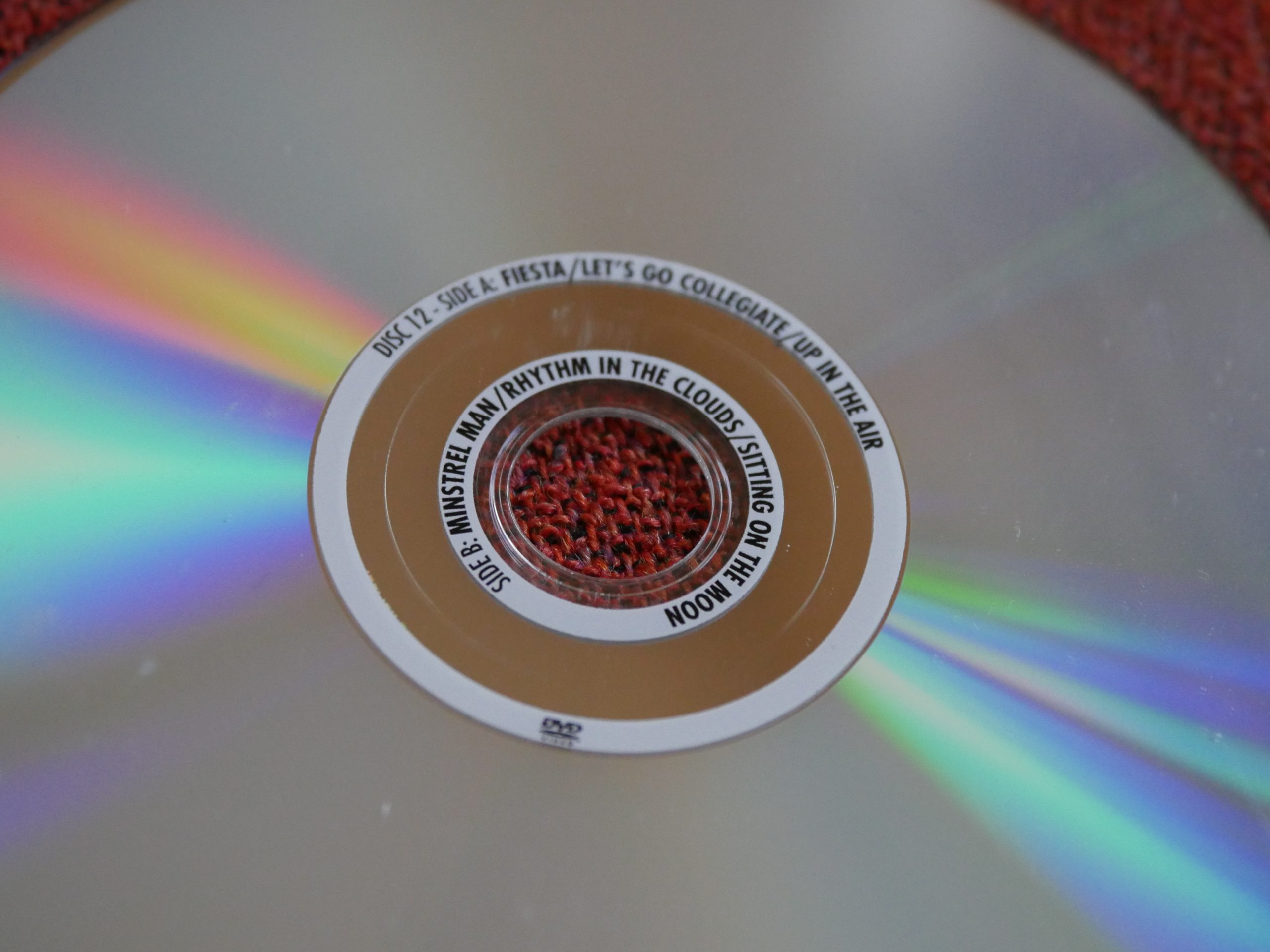 And these DVDs are of the seldom-seen double-sided type: You play one side, then flip them over and then play the other side. I don’t think the concept proved very popular, because I think this is like the second time in my life I’ve seen disks like this.

So what’s the content like? These are single layer DVDs, so there’s only 4.7GB available on each side. Since there are two to three films on each side, they’ve compressed each film down to under 2GB, which means that they’re sometimes a bit on the artifacty side.

And the transfers they’ve sourced these DVDs from? Oy vey. A couple look like they’ve been imported via VHS, but most of the ones I’ve sampled look better than that.  However, they are completely unrestored. Very scratchy and noisy and sometimes blurry.

Oh well. What can you expect from something this cheap? The films themselves are mostly very obscure, which makes me excited to watch them at some point…