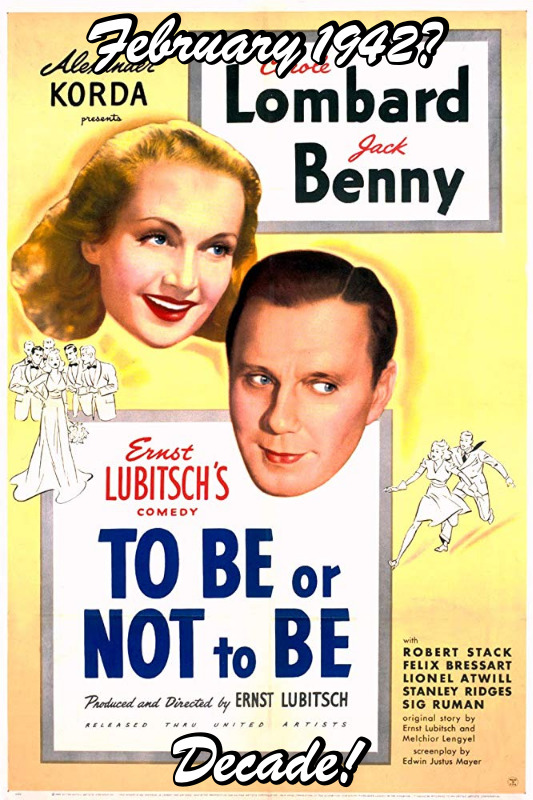 Oh yeah! This one! I’ve seen it several times before. And the Mel Brooks remake, of course. I’ve been attempting to avoid movies I’ve seen before in this blog series, but my research sucks!
“Heil myself.”

It’s a very funny film, of course, and as a comedy/thriller everything fits together so neatly. Masterful. But I wonder what on earth they were thinking when making this. I mean, Germany had invaded Poland in 1939, and the horrors in Poland were ongoing when they made it. So… they responded by making a very funny movie making fun of Germans.
Ah, yeah, not everybody were amused:

To Be or Not To Be, now regarded as one of the best films of Lubitsch’s, Benny’s and Lombard’s careers, was initially not well received by the public, many of whom could not understand the notion of making fun out of such a real threat as the Nazis. According to Jack Benny’s unfinished memoir, published in 1991, his own father walked out of the theater early in the film, disgusted that his son was in a Nazi uniform, and vowed not to set foot in the theater again. Benny convinced him otherwise and his father ended up loving the film, and saw it forty-six times.

(According to a wikipedia.)

Popular movies in February 1942 according to IMDB: