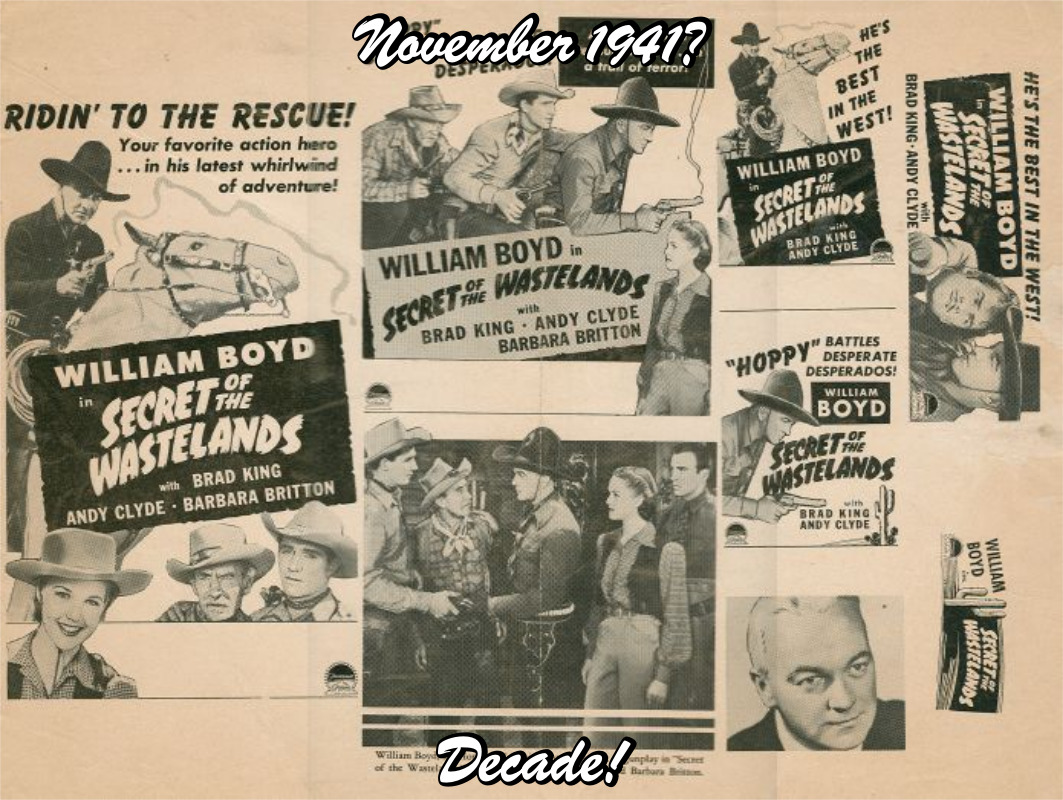 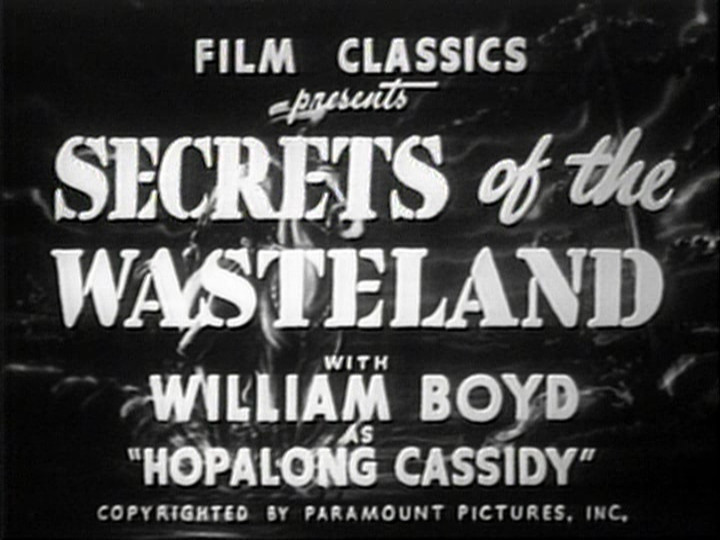 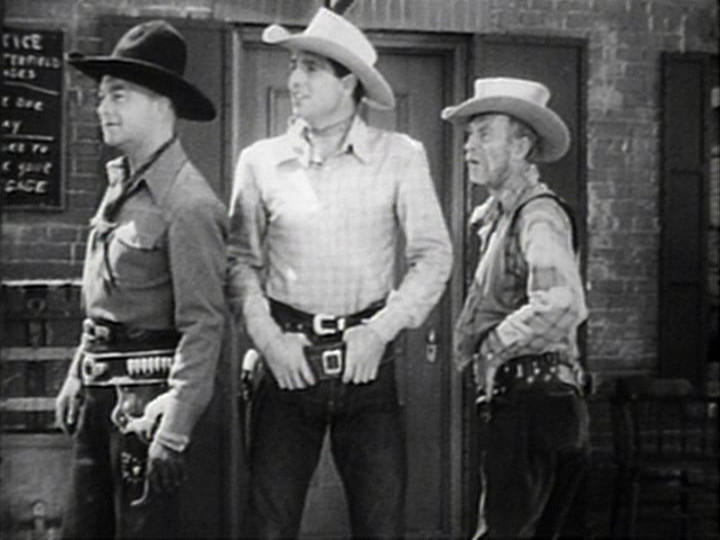 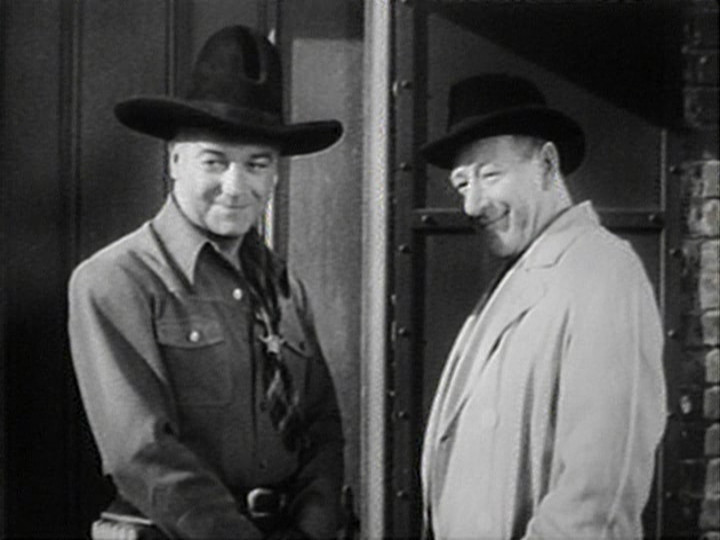 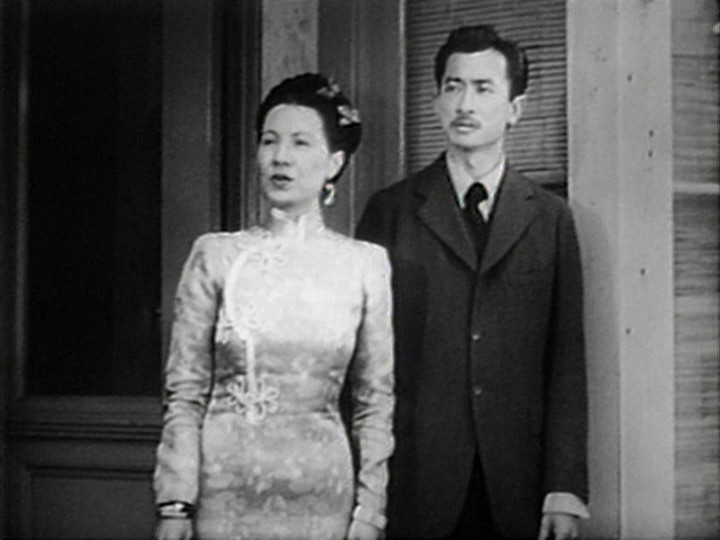 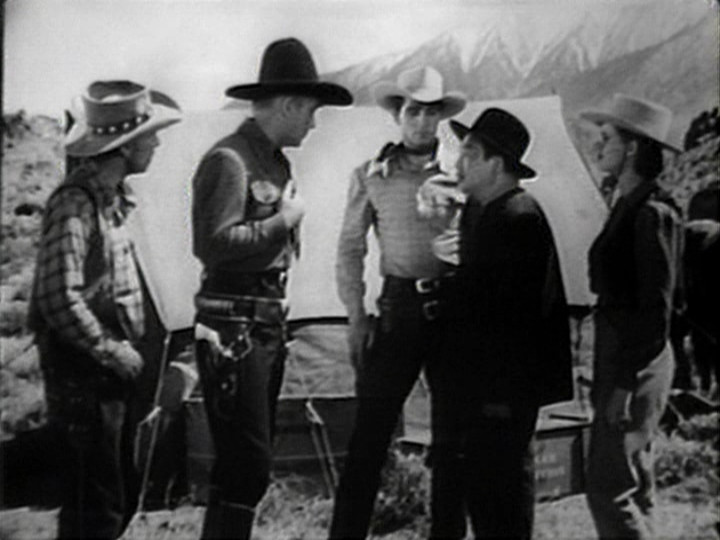 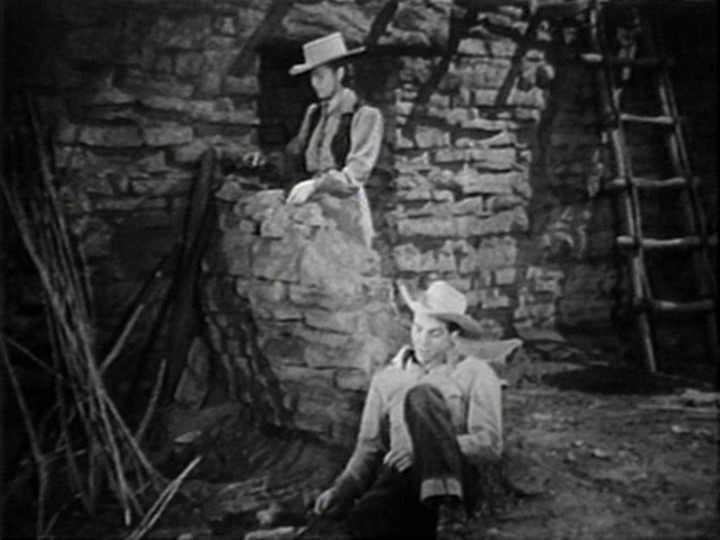 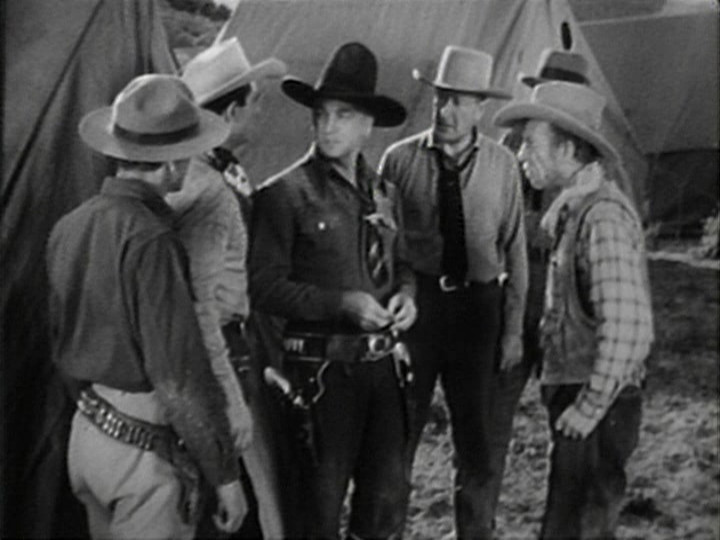 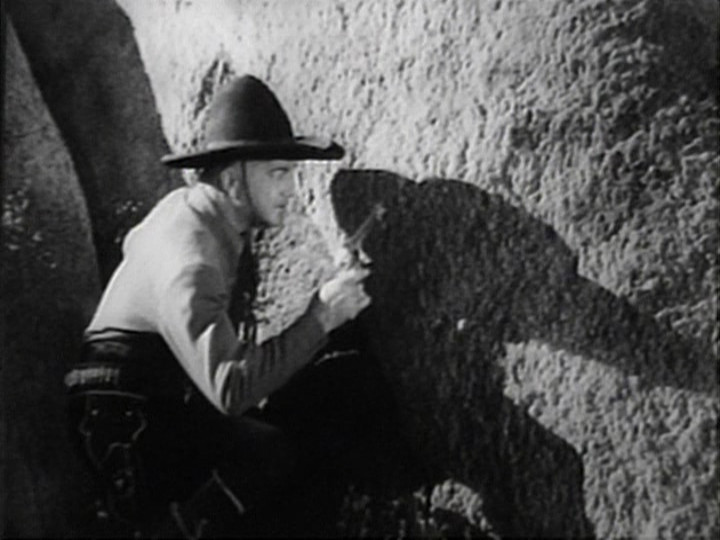 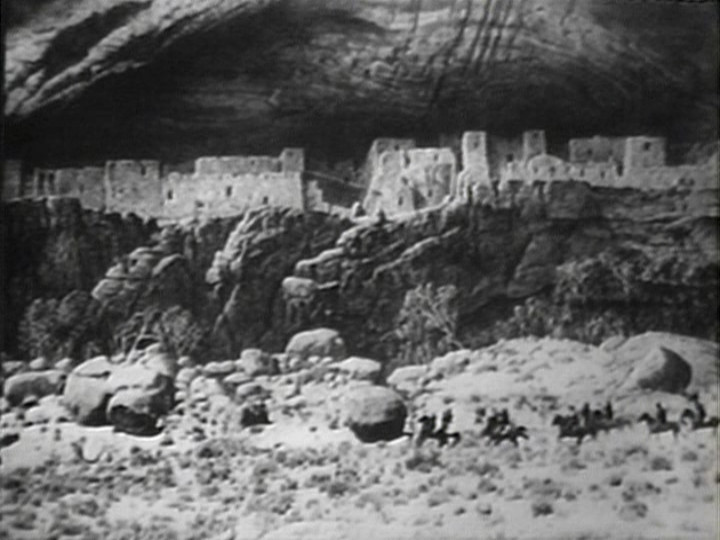 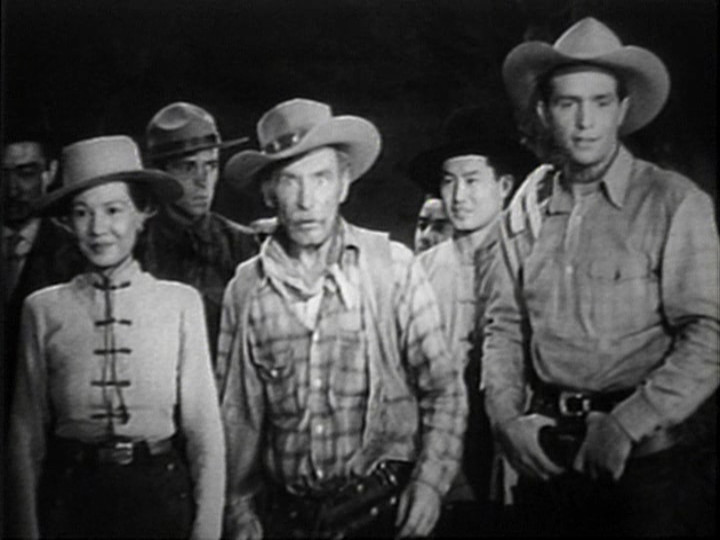 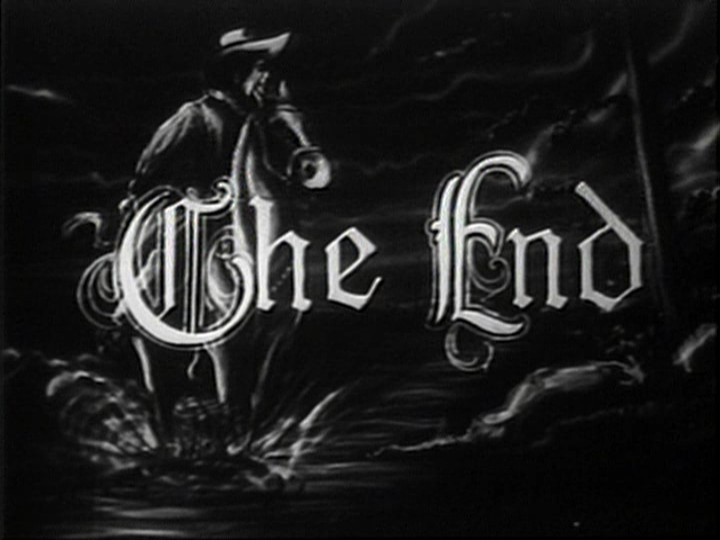 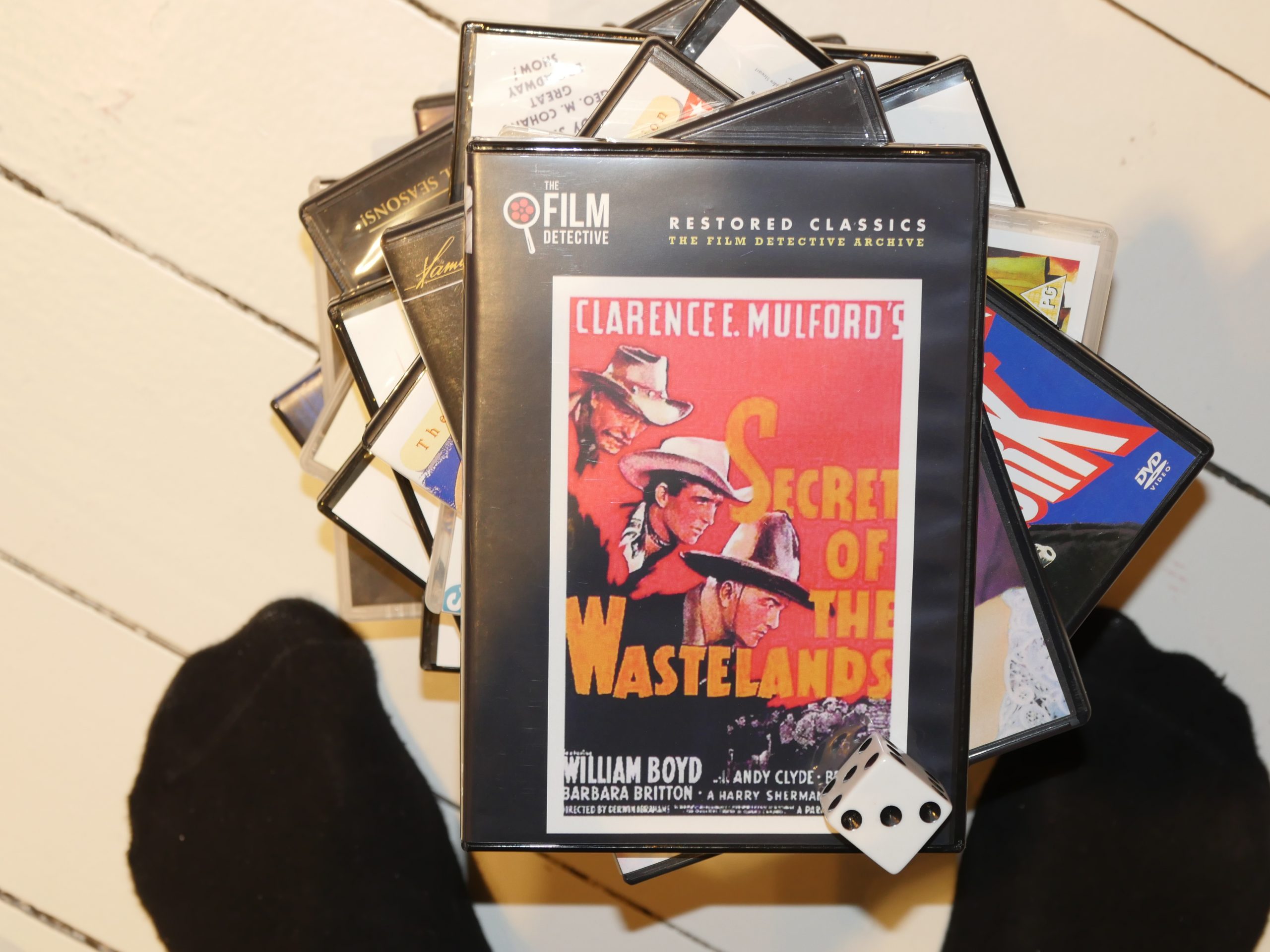 Secret of the Wastelands. Derwin Abrahams. 1941.

Oh! This is a Hopalong Cassidy movie! I don’t recall having seen any of these before, but Hopalong himself looks very familiar. According to imdb, William Boyd basically did no other roles after the mid-30s, so I guess I must have seen one of these before?

Looks like he did about 70 of these over a ten-year period (before making the jump to TV), and I’m guessing that this is a pretty undistinguished example of the form.

It definitely has its charms, and I can understand the attraction for children of this era. It’s like a TV series? Only in movie theatres? It looks cheaply made and the plot isn’t very complicated, but it’s kinda fun? Mysteries, hidden tunnels, a slightly awkward love interest thing going on (with the youthful ever-horny sidekick), and a grizzled old coot as the comedic diversion.

It’s very formulaic, but there’s a reason the formula exists.

Surprisingly enough, the Chinese (who looked positively dastardly at the start of this movie) turn out to be good guys!

Popular movies in November 1941 according to IMDB: