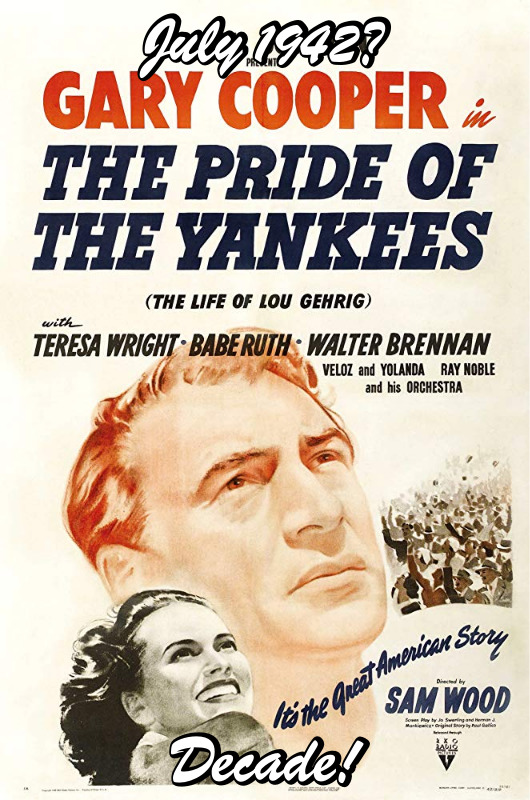 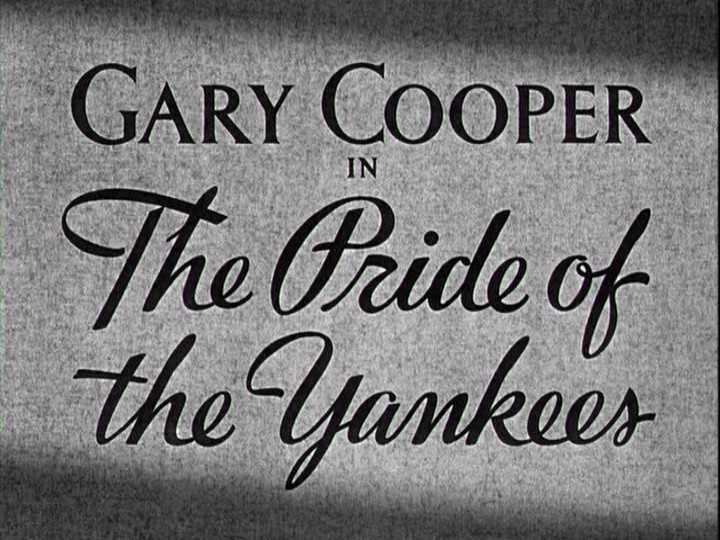 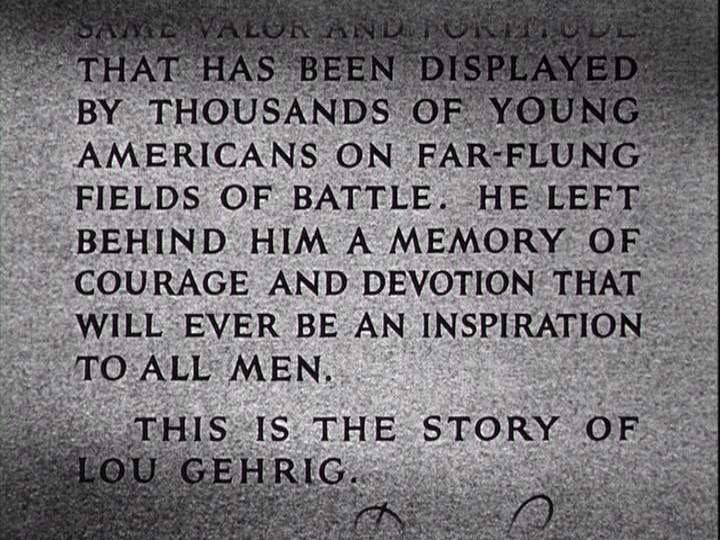 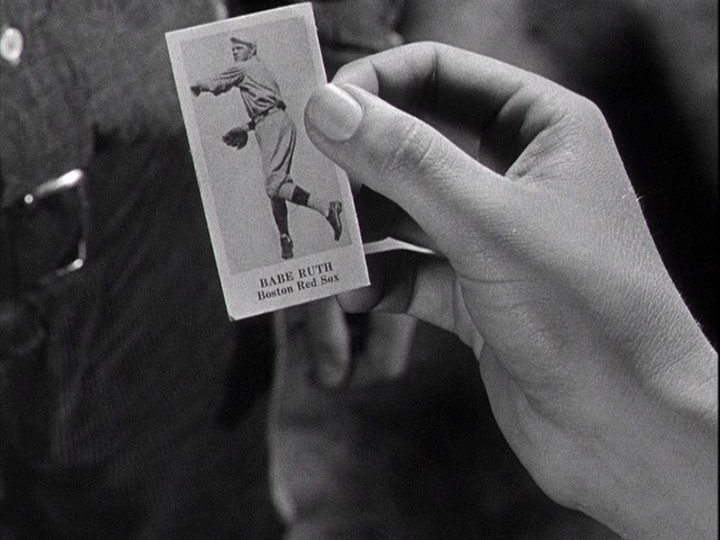 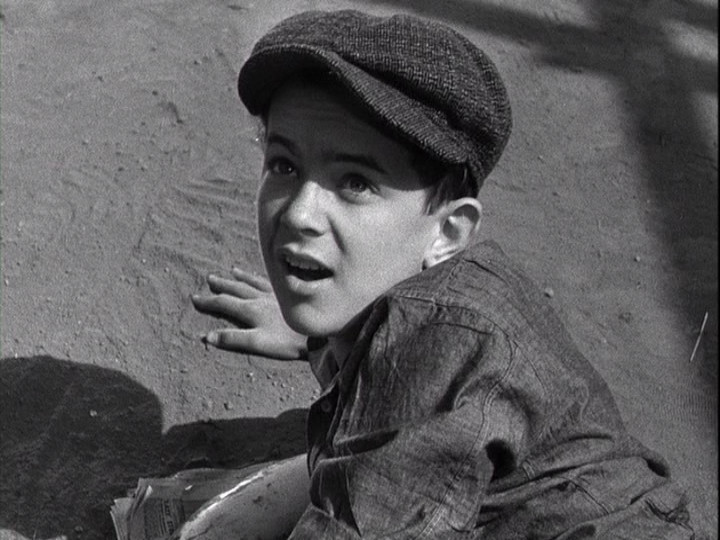 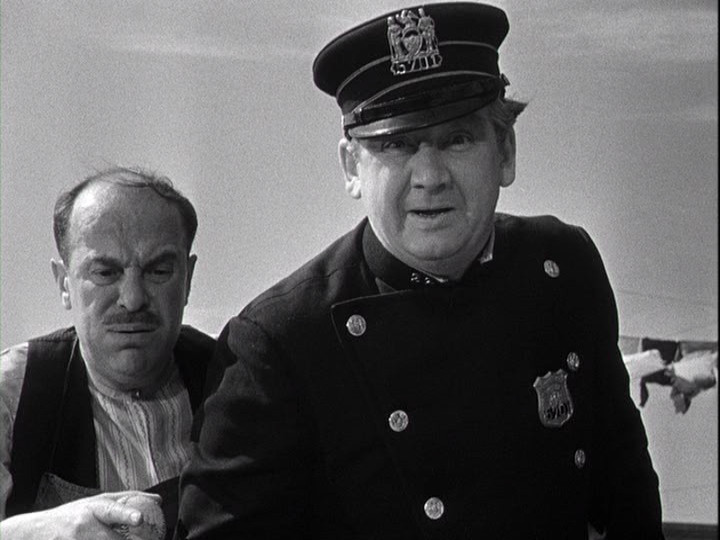 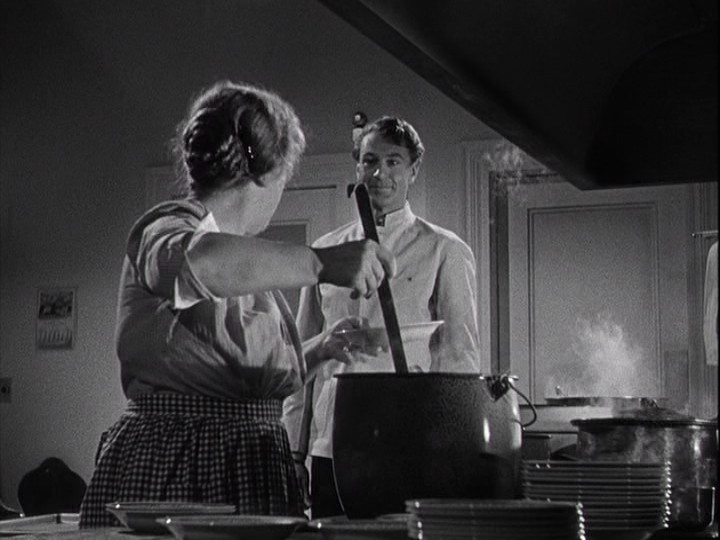 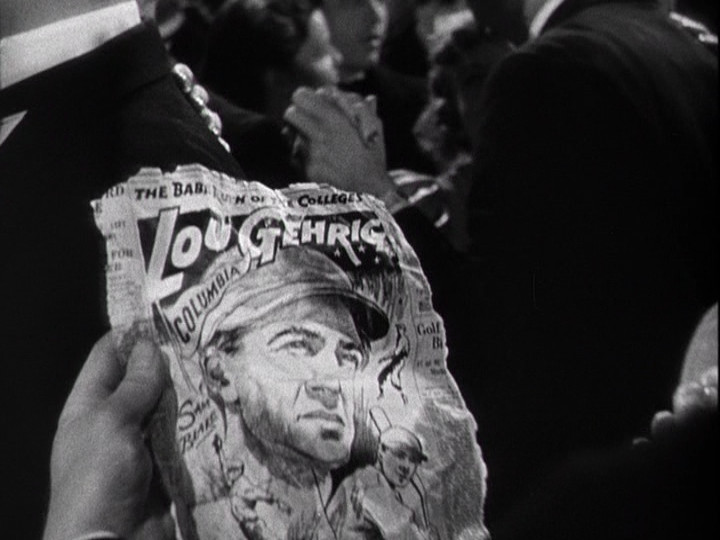 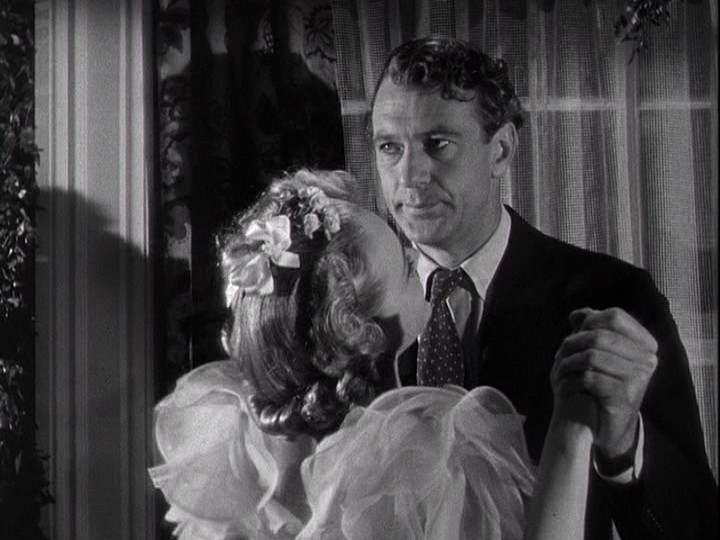 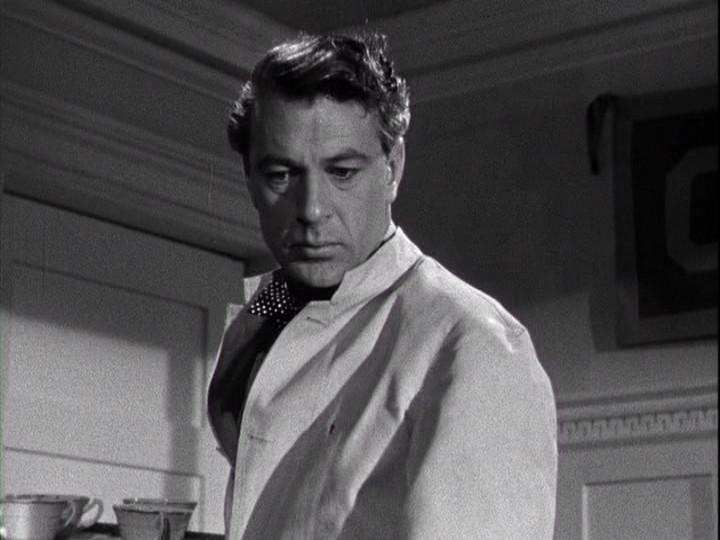 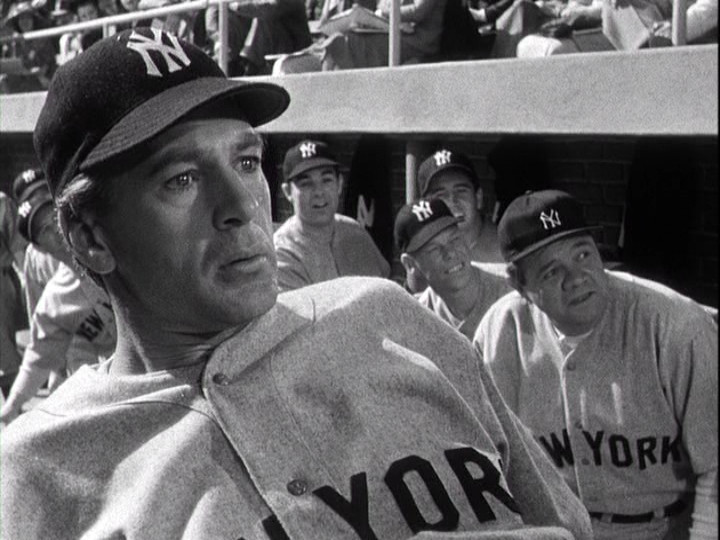 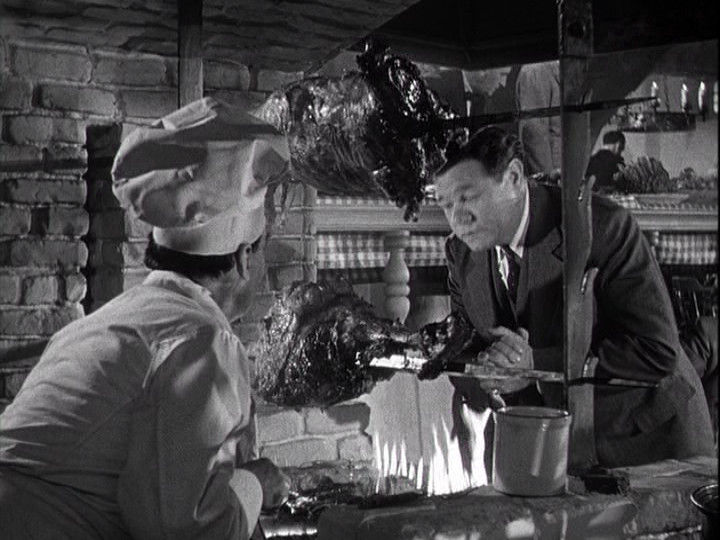 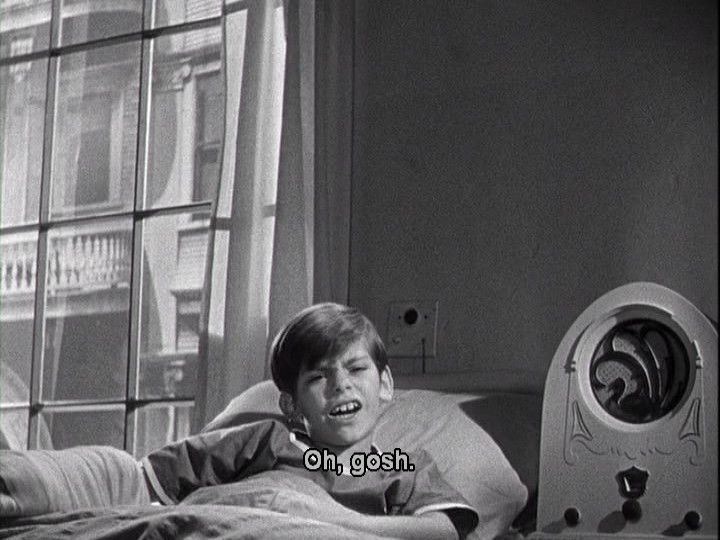 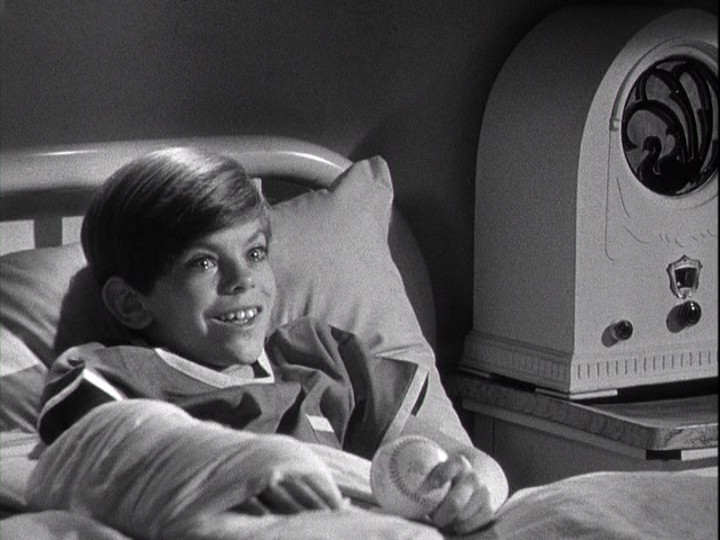 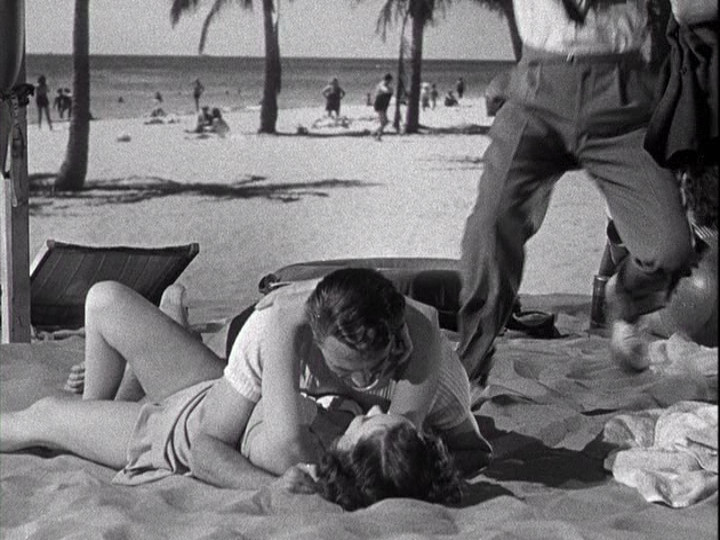 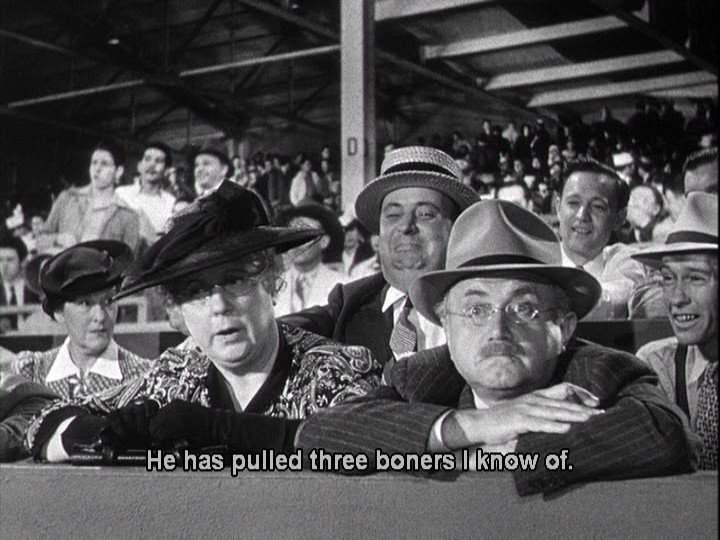 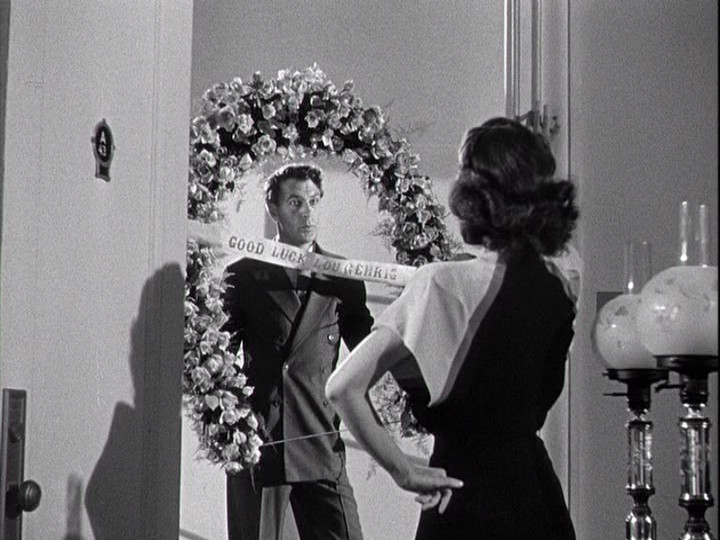 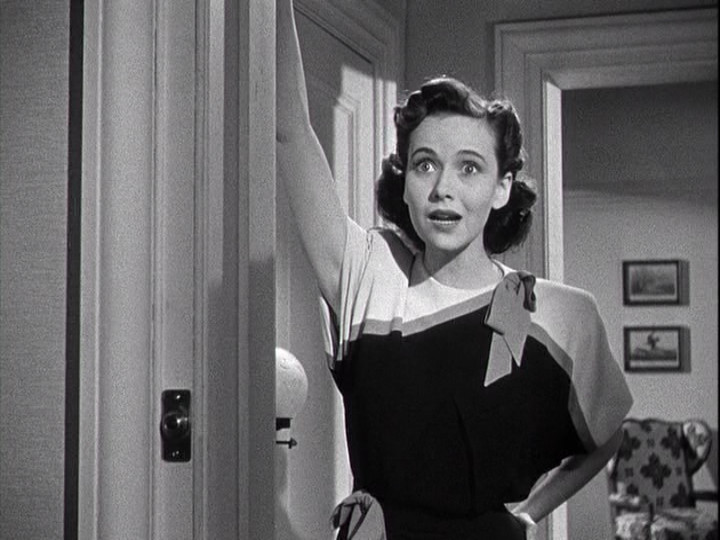 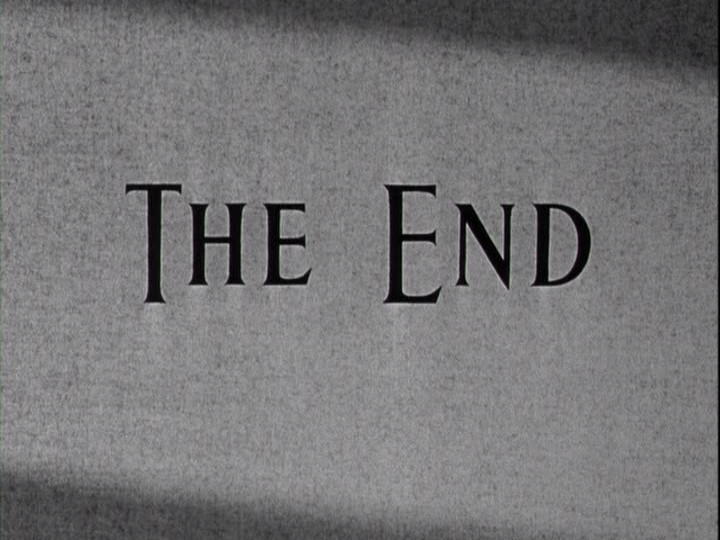 Oh. This is about some sports guy? Who got a disease named after him? And it was nominated for all the Oscars? But only won for “Best Film Editing”? And it’s directed by schmaltzmeister Sam Wood, who we previously saw in Our Town and Kitty Foyle?

I fear the absolute worst!

And, yes, Wood lays it on with a trowel. There’s barely a scene without a sentimental bed playing beneath. Cooper does his best, especially playing the teenage Gehrig, but it’s an uphill struggle.

This is a well-received movie, getting a 93% tomato rating. Naturally, since I didn’t enjoy this film at all, I’m just going to quote with the one reviewer that didn’t like it either:

Nominated for 11 Oscars (it won one, for best editing), The Pride Of The Yankees has a vaunted reputation as a sports-movie classic, perhaps because the only scene anyone remembers is Gary Cooper humbly, affectingly delivering Gehrig’s famed farewell address at Yankee Stadium. The film that surrounds that speech, however, is surprisingly dreary and lifeless, a slapped-together piece of studio hackwork that’s thick with sentiment and short on illuminating details about Gehrig’s life and career.

Anyway, this does have some good melodramatic scenes (like when Cooper stands up to his mother on his wife’s behalf), but it’s surrounded my much tedium. I wonder whether the positive reception is more about the idea of a film about Lou Gehrig than the actual end result.

Popular movies in July 1942 according to IMDB: