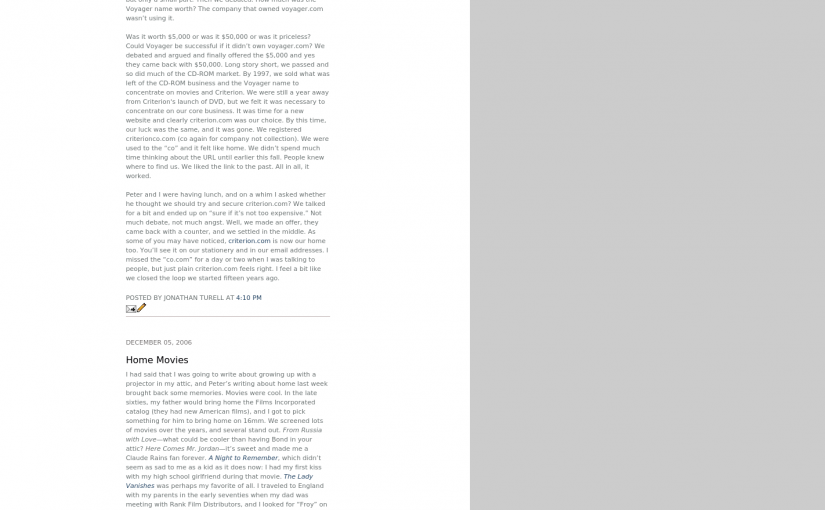 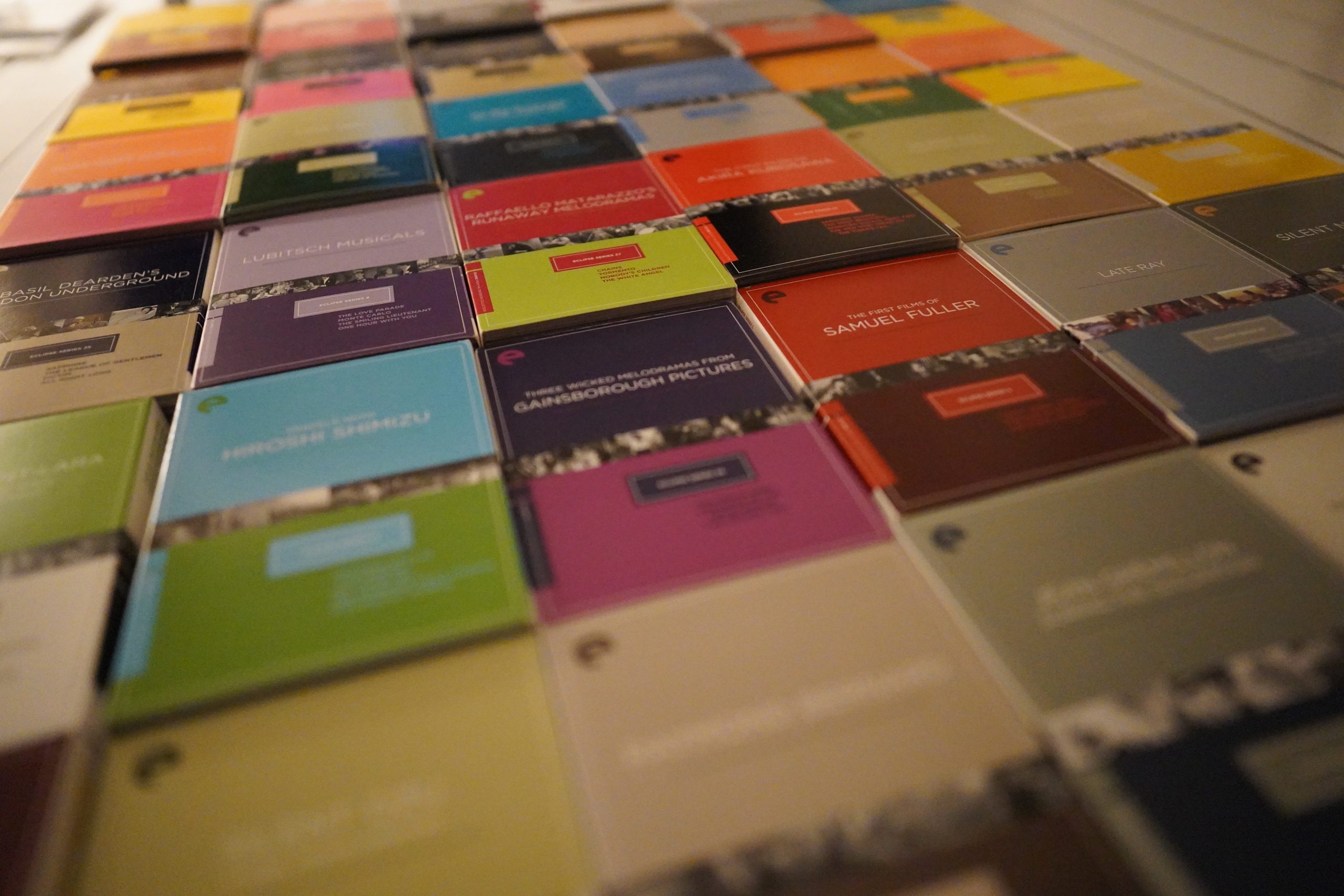 Left to my own devices, I’d just be watching science fiction movies and Bringing Up Baby. I find picking out films to watch (from my wall of unseen movies) being a somewhat annoying task — “which one of these stone cold quality films am I going to watch tonight?” — because there’s no particular urgency about picking any of them. 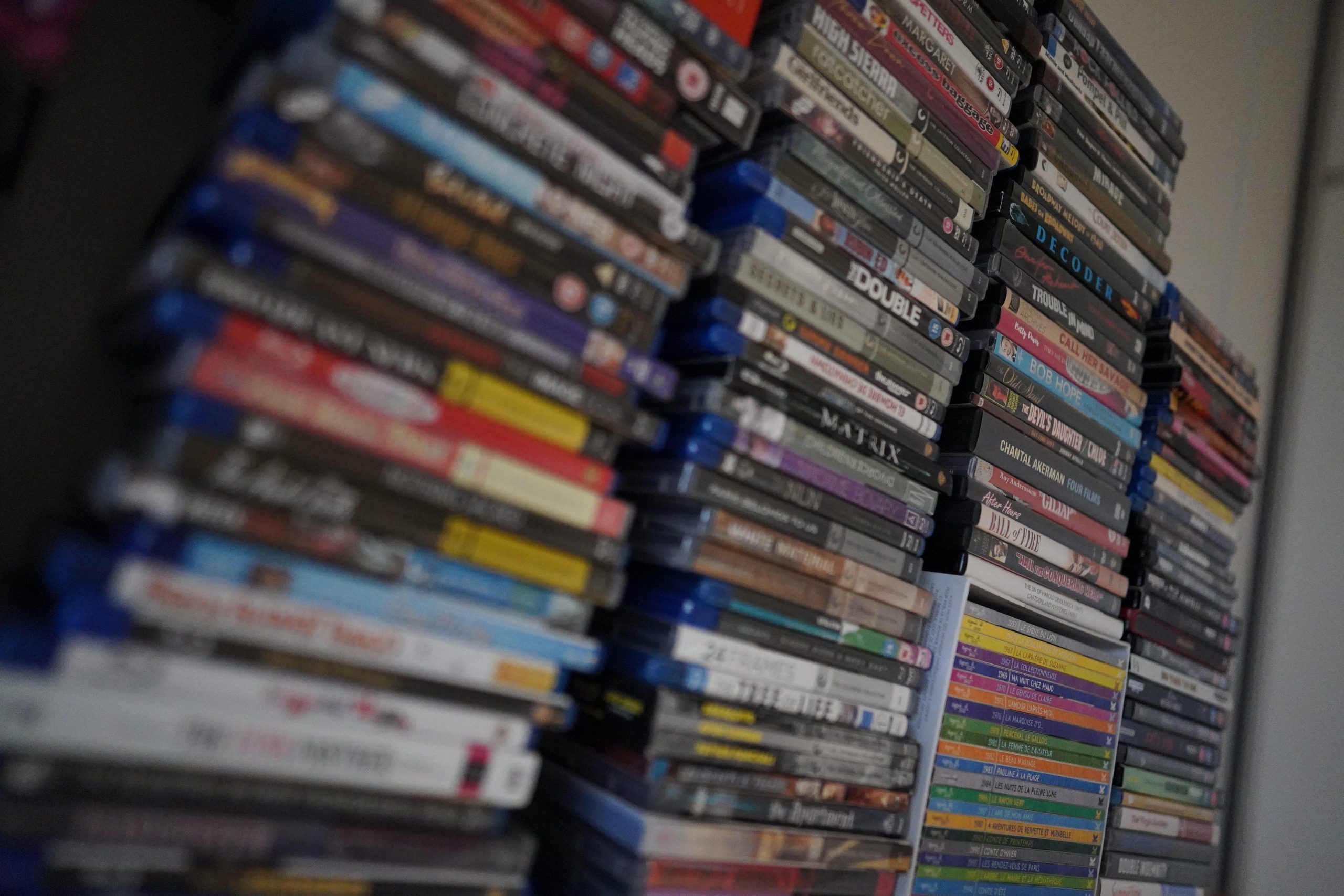 So I make up stupid challenges for myself to make myself watch stuff, and to avoid having to make decisions about what to watch. Sometimes that leads to really fun projects, like watching 87 Bergman Things or one film (and one cocktail) from every country on Earth. And sometimes this leads to watching all of the films in the Criterion Eclipse box sets, which was probably a mistake.

Let’s back up a bit: What is the Eclipse series anyway? This is how the series presents itself:

Eclipse presents a selection of lost, forgotten, or overshadowed films in simple, affordable editions. Each series is a brief cinematheque retrospective for the adventurous home viewer.

The goal here is to make these films available, to make sure that Criterion’s own work style doesn’t contribute to the continuing unavailability of these films. Once our producers and restoration crew get started on a Criterion edition, the project takes on a life of its own. Months later, with a little luck, we’ll have something really special to show for it, but at that rate we can’t make a dent in the number of important unreleased films that we’d like people to be able to see. 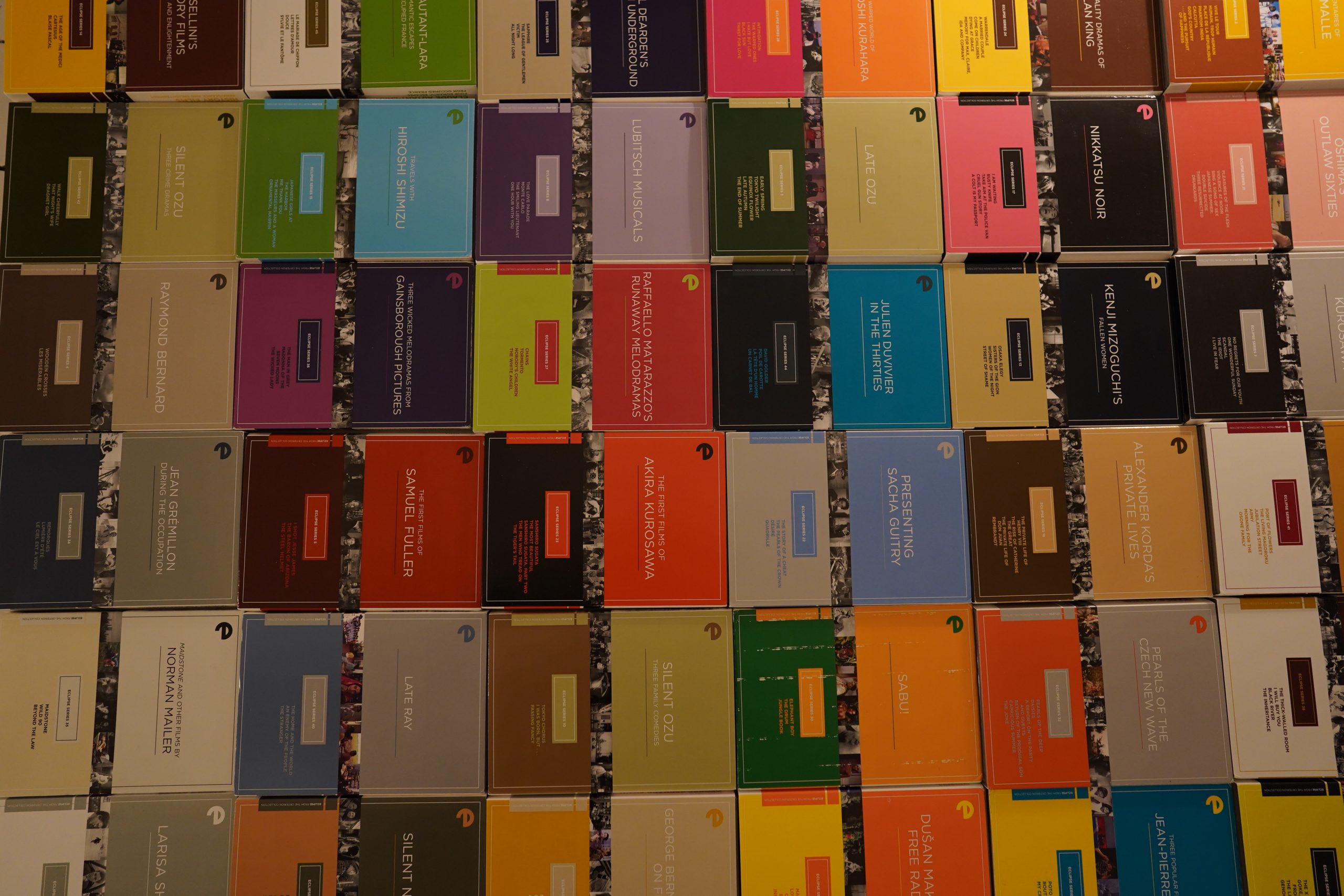 I.e., the films that are released in the main Criterion Collection have certain commercial restraints that doesn’t allow more obscure pictures to get this treatment: Criterion pride themselves in releasing top-notch restorations, nice extras on the discs, and booklets with intelligent essays about the films.

I thought the Eclipse proposition sounded extremely attractive — I’d get to watch, I imagined, films that were too experimental, or just too wild, for the full Criterion job. But the following hints more at what the actual criteria for the Eclipse series seems to be:

The early films of Ingmar Bergman, the documentaries of Louis Malle—these are extraordinary and important films that are very hard to find outside the revival-house circuit. At the moment, you’ll find more Mizoguchis in theaters (thanks to a traveling retrospective) than in the video store, and that’s certainly also true for Naruse, Ozu, and Imamura. While Criterion is working on new special editions of individual pictures by all of these filmmakers, at a rate of maybe one or two a year, we’ll never be able to represent the breadth of their bodies of work. Eclipse will help to fill that gap.

The clue here is “revival-house circuit”. 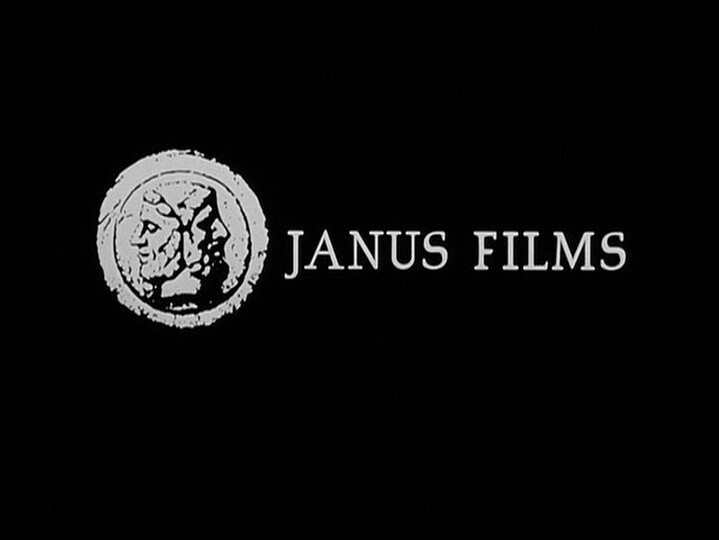 Criterion is owned by the same people that owns Janus Films, the premier distributor of films to the revival-house circuit. And Eclipse box sets are basically just a whole bunch of films that Janus already owns the US rights for.

(As far as I can tell. WAKE UP SHEEPLE)

Now, there’s exceptions to this, but by my guesstimate, more than 90% of the Eclipse films are Janus Films.

There’s nothing wrong with this! It’s admirable that Criterion were looking at the cans of films they had the rights to and said “wouldn’t it be nice if people could watch these at home, too?” That they were readily available for Criterion without haggling with rights holders is certainly a bonus, because they’d be free to act as curators for the box sets a lot more freely.

But this isn’t exactly what I thought the series was, right?

The first three box sets are certainly very promising: Hefty sets from Bergman, Malle and Ozu. But… which films are in the sets? It’s “Early Bergman”, “The Documentaries of Louis Malle”, and “Late Ozu”. 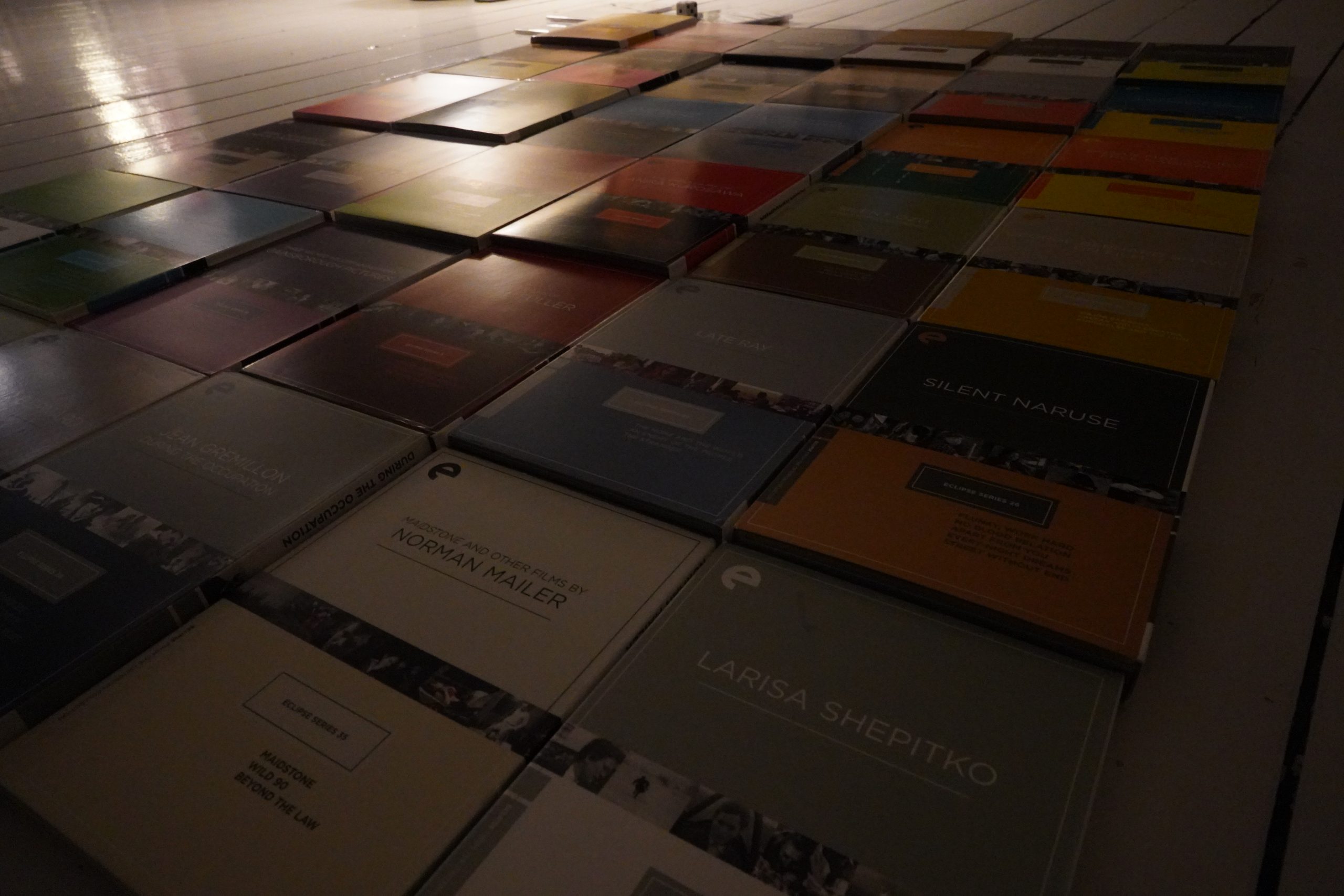 The Eclipse boxes are dominated by Japanese and French cinema (because that’s Janus’ thing), and can roughly be divided into these categories:

1) “Early/Late”: Many directors (especially in the olden days where they were hired directly by a studio and didn’t freelance) produced a bunch of not-so-great films before they become legends. Bergman, for instance, made nine non-essential (but not altogether bad, either) films before his first masterpiece. At the other end of the careers, many directors tend to lower their ambitions, and hand in some low stress productions. (Again, Bergman is a good example.) Some of these films can be great (which they are in the Ozu case), but many aren’t.

2) Documentaries from filmmakers who are famous for other stuff: These can be interesting, or… not.

3) European commercial films that have gone out of fashion: There’s a ton of popular films being made each year, but virtually all of them are forgotten within a few years — for good reasons. Watching cookie cutter romantic French 30s romantic comedies can be charming, but… time can be spent better doing basically anything else.

4) WWII films from the wrong side: Both occupied France and Japan had film industries during the war, and these films are mostly forgotten. And again, forgotten for good reasons: They were made under heavy censorship, and many have direct meddling by the war ministries — especially the Japanese wartime movies suffer from scenes where everybody bemoans evil influence from Europe. Furthermore, they were made during trying times, with tiny budgets, casts and technical crew, so they’re not very ambitious.

5) Wild Japanese films from the 50s and 60s: Some of these films are brilliant, and some aren’t, but this is definitely the must fun category.

6) Experimental cinema: The classics are already covered by Criterion proper, so we get more obscure stuff here. But that’s fine — the experimental box sets were what I was most interested in, anyway.

Overall, I really wouldn’t recommend anybody repeating this experiment. Of course there’s a bunch of good films here, but the ratio is far too low, and I feel like I’ve wasted a lot of time on films that were of little interest, and I could have more profitably spent my time rewatching Bringing Up Baby a whole bunch of times instead.

Instead, if there’s something that particularly interests you — for instance, if you’re a Kurosawa fanatic, by all means buy the Early Kurosawa set (even if the films are pretty bad). People have different interests, right? And if you’re really interested in a subject, you want to see it all, good and bad. At least I do.

I have only myself to blame! I chose, of my own free will, to buy all these sets and then watch them.

And there are some sets I would recommend: Agnès Varda in California, When Horror Came to Shochiku, Late Ozu, Chantal Akerman in the Seventies… and perhaps The Warped World of Koreyoshi Kurahara, which was pretty memorable.

And somewhat interestingly — three films from these box sets entered the Sight & Sound Top 100 this year: Daisies, News From Home and The Ascent. 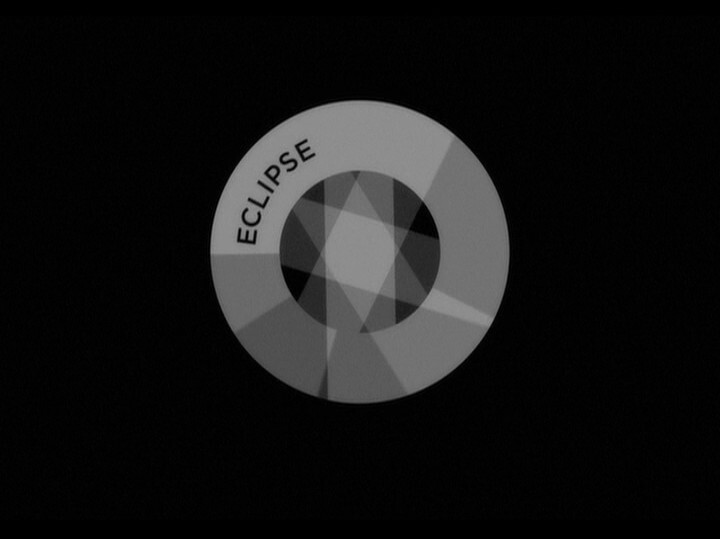 So, below’s the list of films — note that I didn’t watch all of the box sets for this series, because I’d seen some of them before I started. I think that out of the 46 box sets, the list below lacks four of them: The Bergman, the two Kaurismäkis, and the Akerman sets.

Hm… oh! I also missed the Carlos Saura box set! I failed! I only watched about 160 of these films! Sorry. 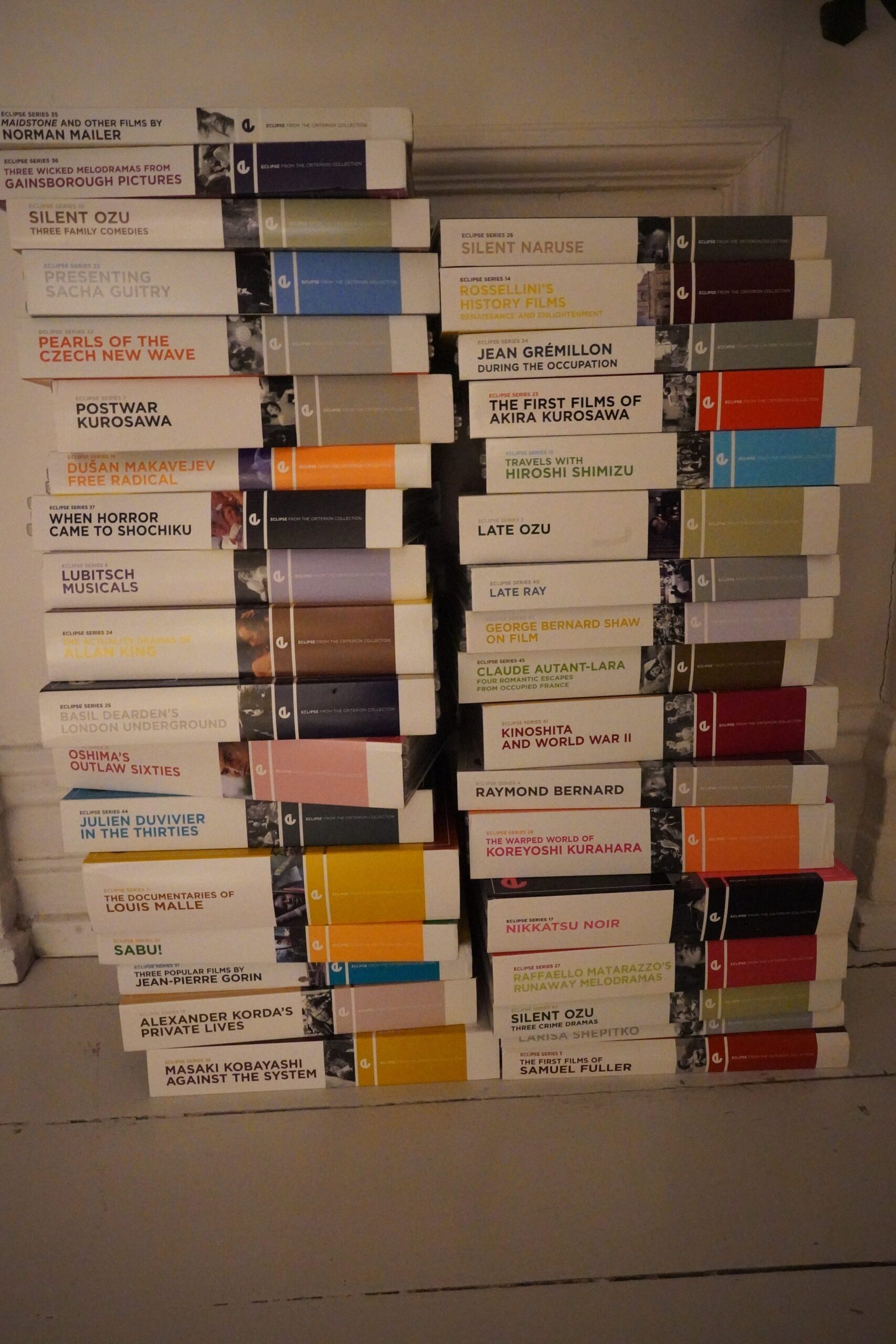