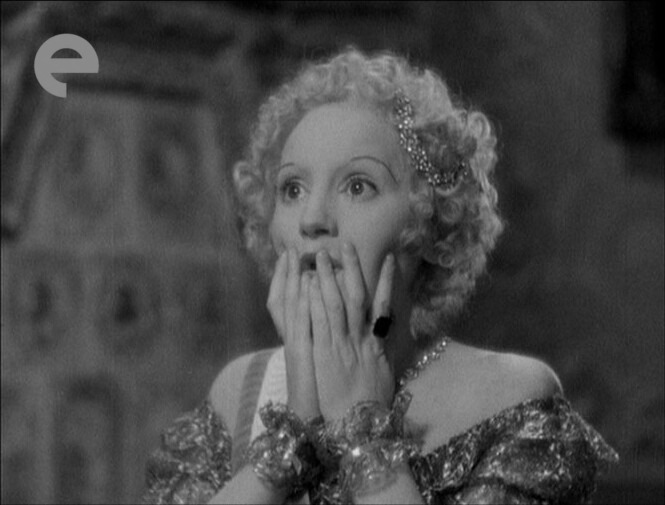 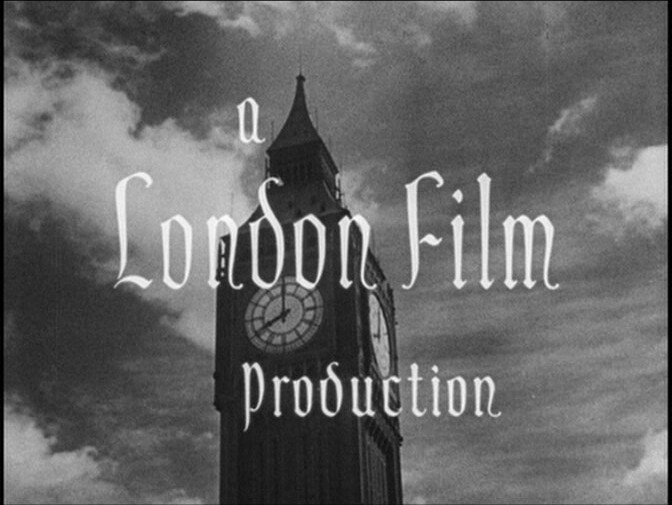 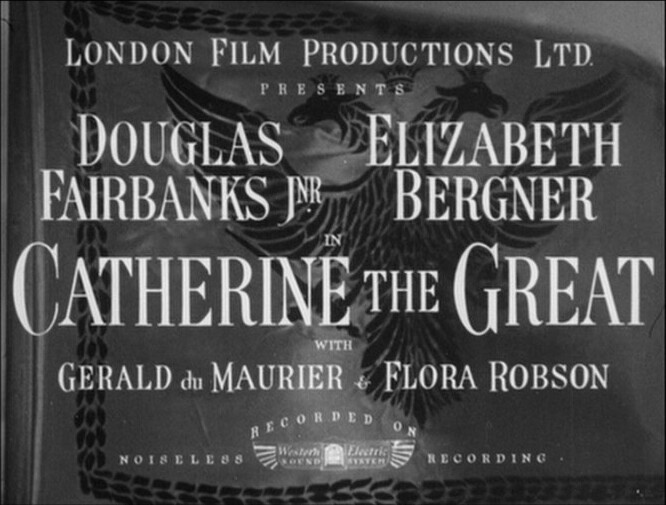 Oops — I’m watching the movies on this Alexander Korda box set out of sequence, because this movie, the direct follow-up to The Private Life of Henry VIII, wasn’t directed by Korda himself. (He only produced it.)

But both this and The Private Life of Don Juan were released in 1934, so I’m not that much out of sequence. 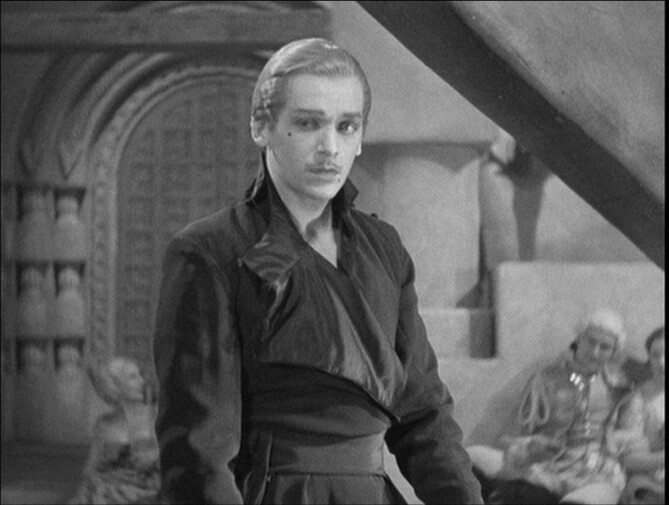 Isn’t that Douglas Fairbanks? He was cast as an over-the-hill Don Juan later the same year, but here he plays a young(ish?) prince — and gets away with it! Impressive. Did he put on like 20kg between the two movies? 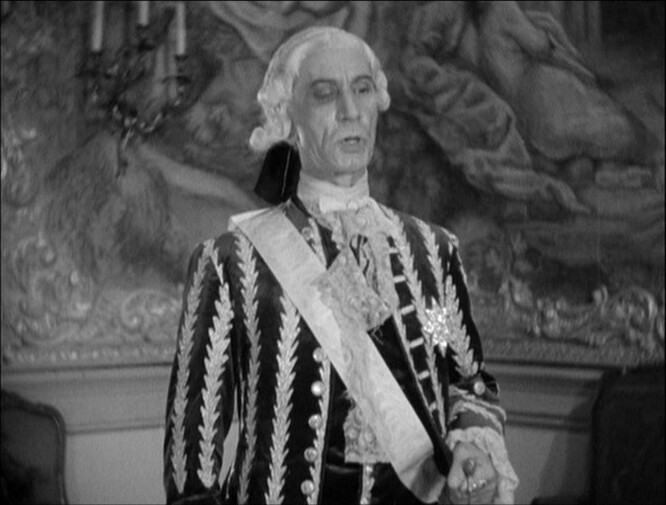 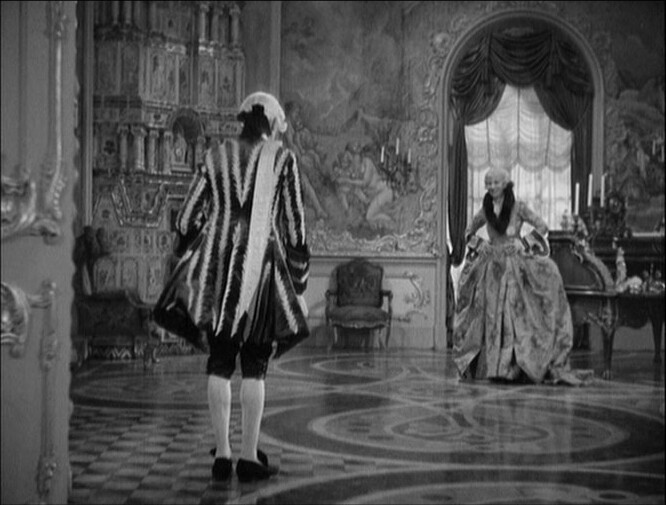 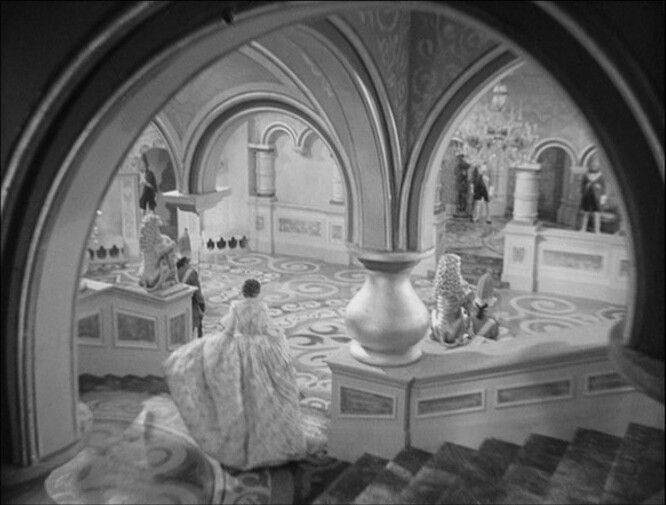 This looks really grand. So much fibreboard. Or plywood? Did they have MDF in 1934? Anyway, there’s so much carpentry painted imaginatively and shot from just the right angles on display here that it reminds me of Doctor Who from the 70s. 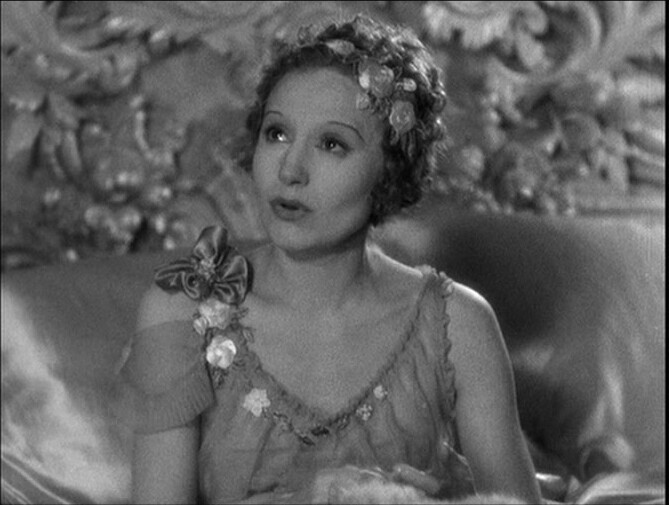 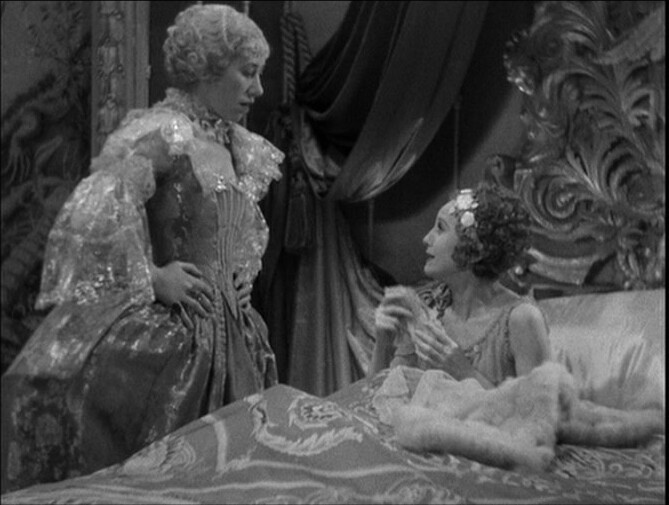 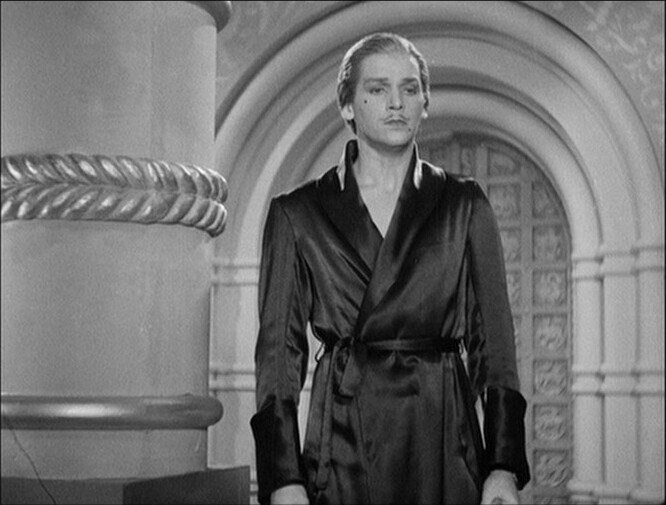 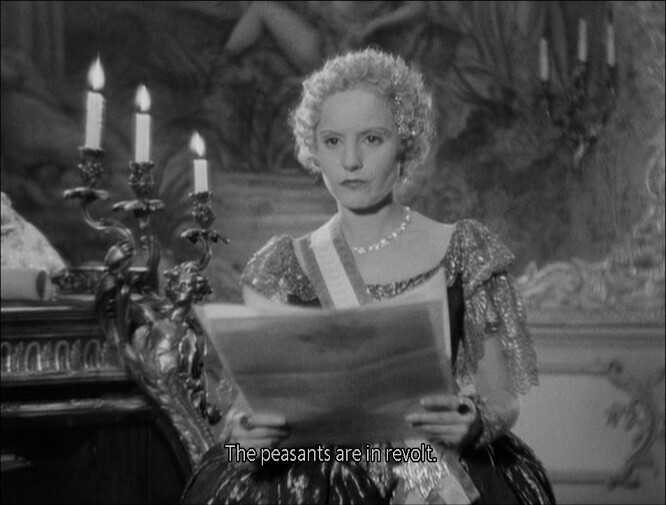 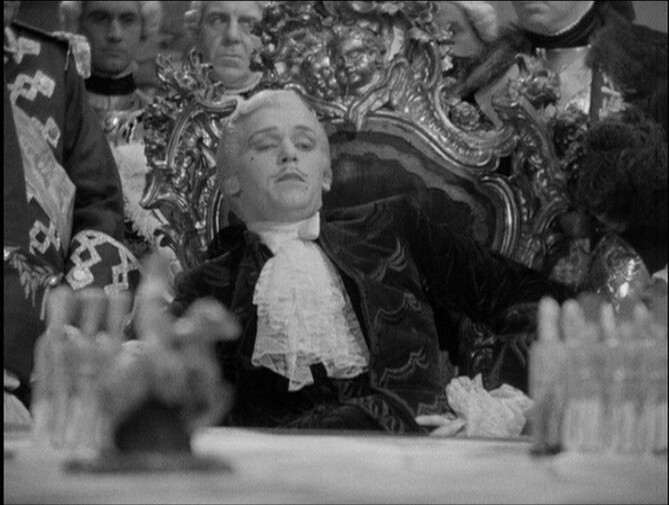 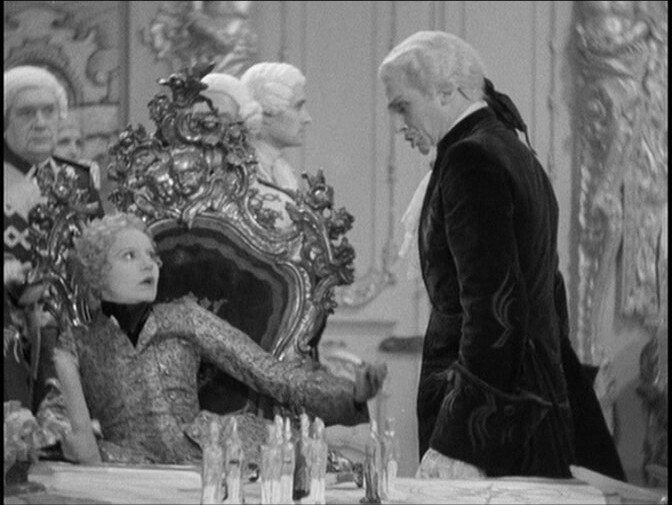 This movie is like… it’s very straightforward. I’m no expert on Catherine the Great, but if you just take the Wikipedia recap of her early years, and just transcribed that as efficiently as possible, but still making room for the normal niceties of a movie (characterisation, some emotion), you’d end up with this movie. There’s no padding — there aren’t any scenes in here that aren’t needed to make this a satisfying movie.

And it is. Satisfying, I mean. And interesting. But it’s not a great movie? 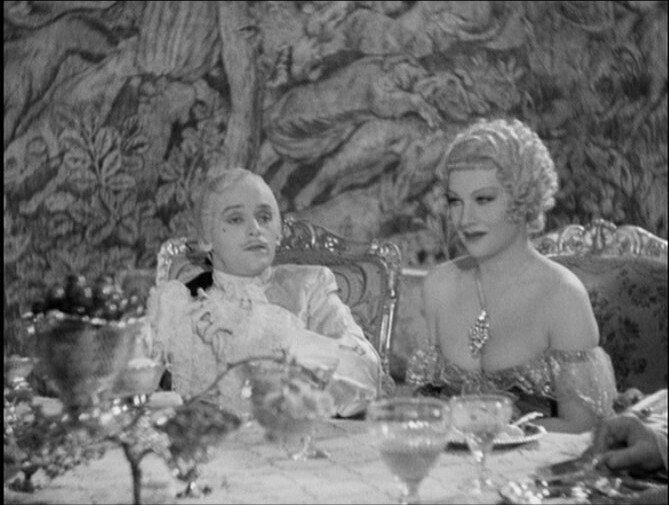 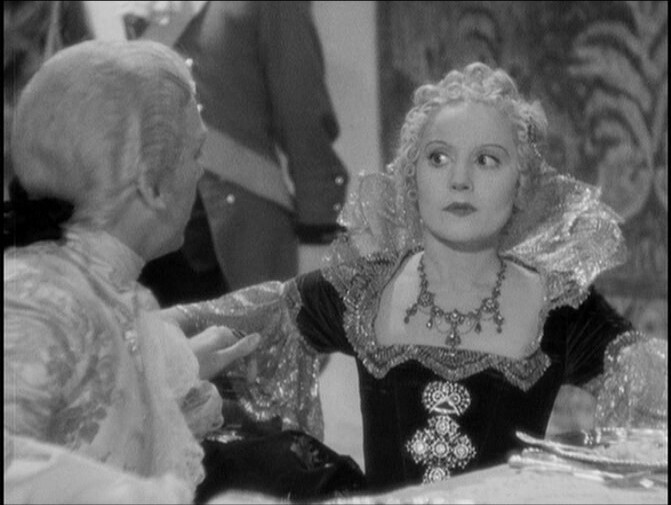 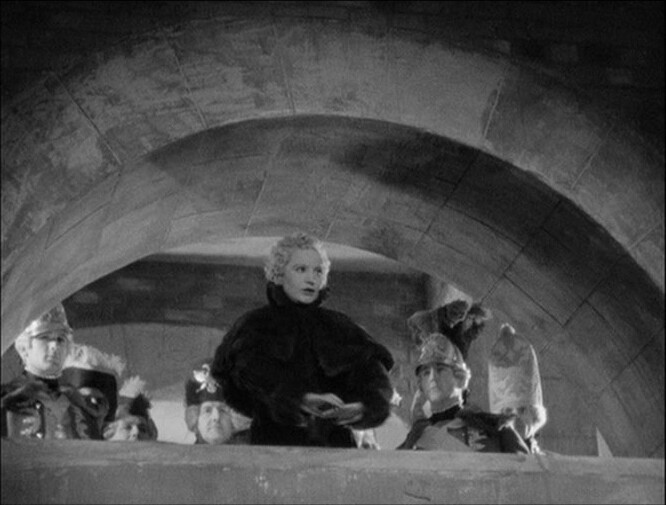 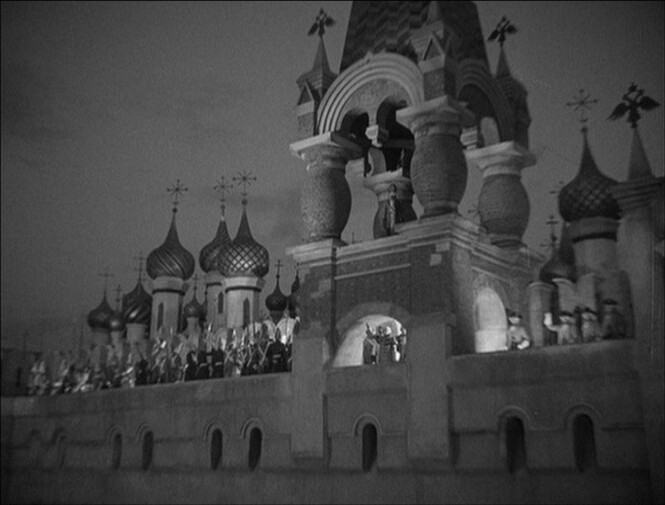 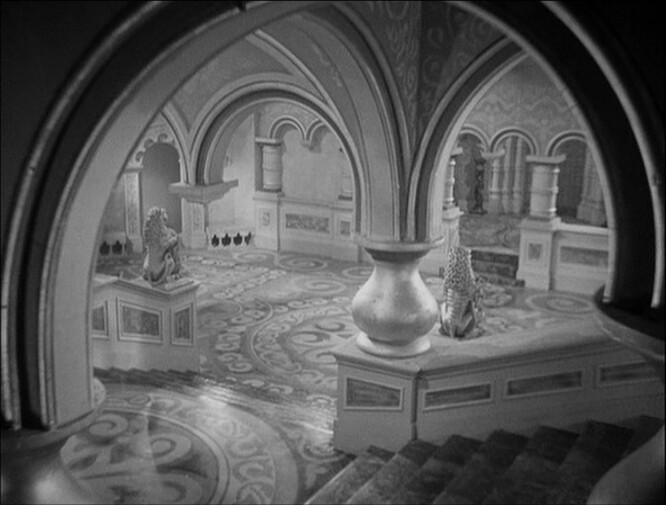 And so much plywood. I think we’ve seen this exact angle of this set in ten scenes, so I guess they didn’t bother to paint the other sides of these plywood columns. 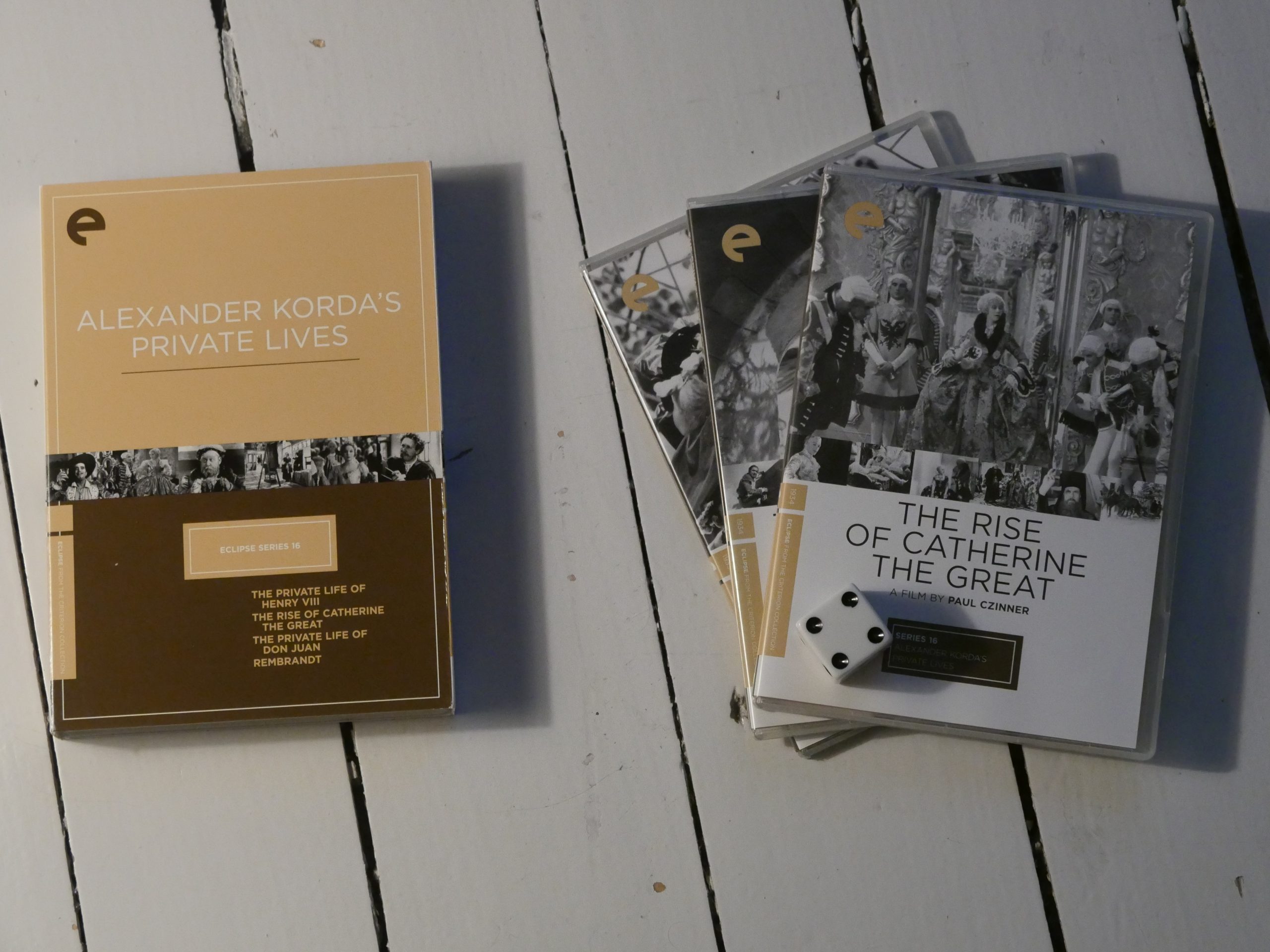 The Rise of Catherine the Great. Paul Czinner. 1934.