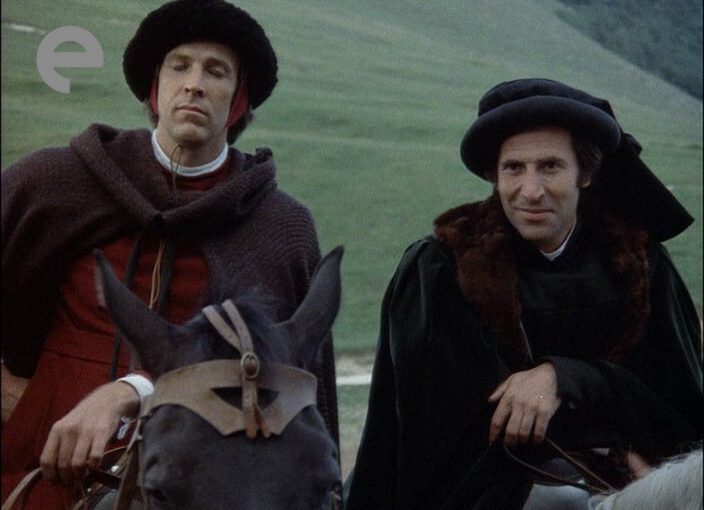 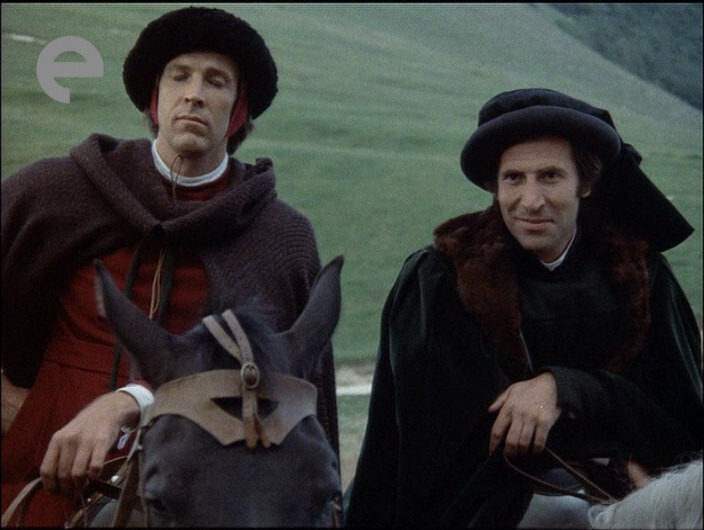 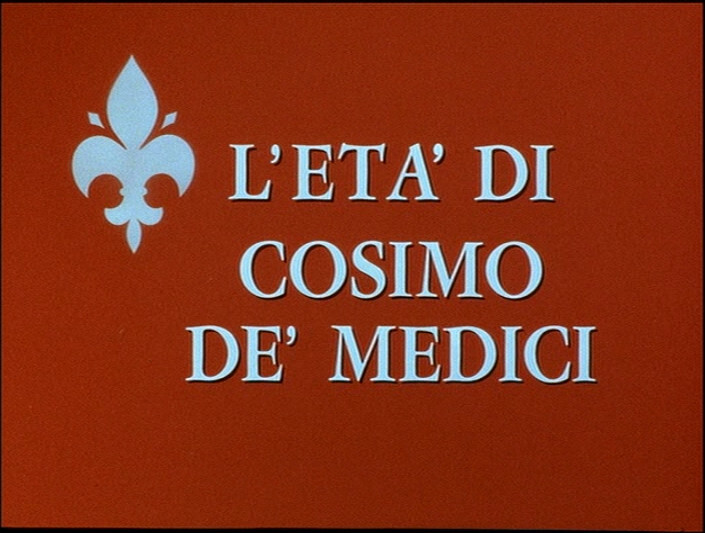 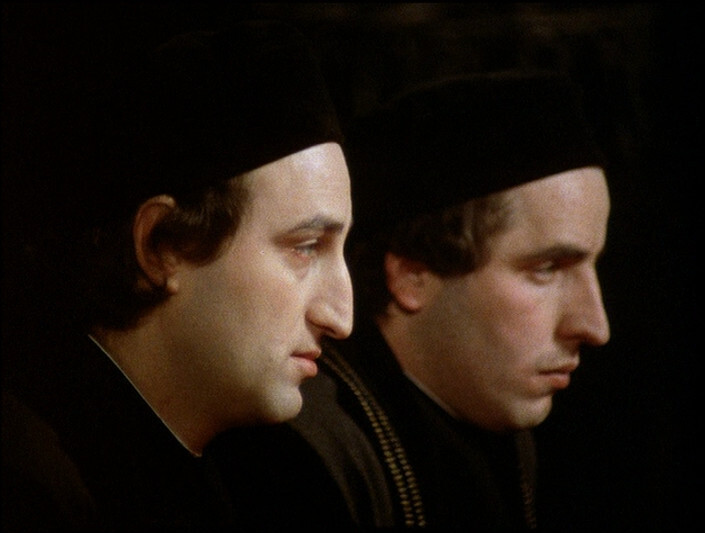 To celebrate Jeanne Dielman, 23 quai du Commerce, 1080 Bruxelles winning the 2022 #1 spot for Longest Film Title Ever, I’m finally watching this thing, which is four and a half hours long.

Unless I ditch it, of course.

The Age of the Medici, originally released in Italy as L’età di Cosimo de Medici (The Age of Cosimo de Medici), is a 1973 3-part TV series about the Renaissance in Florence, directed by Roberto Rossellini. The series was shot in English in the hope of securing a North American release, which it failed to achieve, and was later dubbed into Italian and shown on state television.

That explains the extremely bad looping. But fortunately the DVDs has the English soundtrack, too, which is less loopey. I mean, the English version is also filmed as a silent film with the dialogue added later (as Italians were wont to do), but the lips track vaguely more to what they’re saying in English. 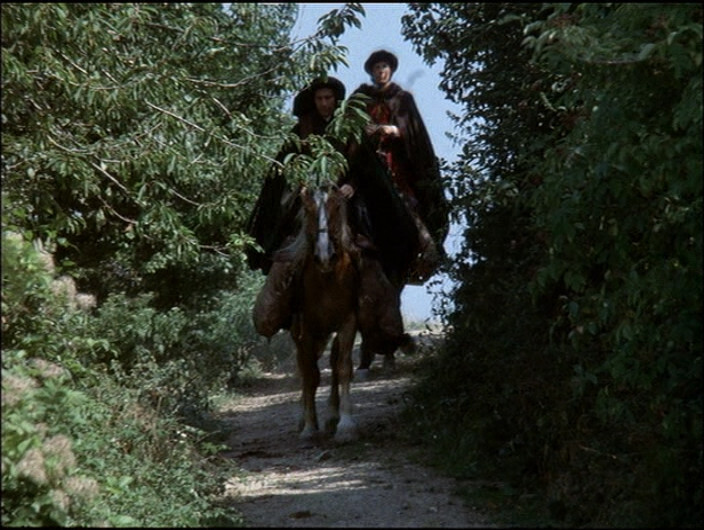 This is pretty dire.

Half the scenes are like this — they’ve got a camera on a tripod, but they zoom and pan a lot. It looks painfully amateurish. 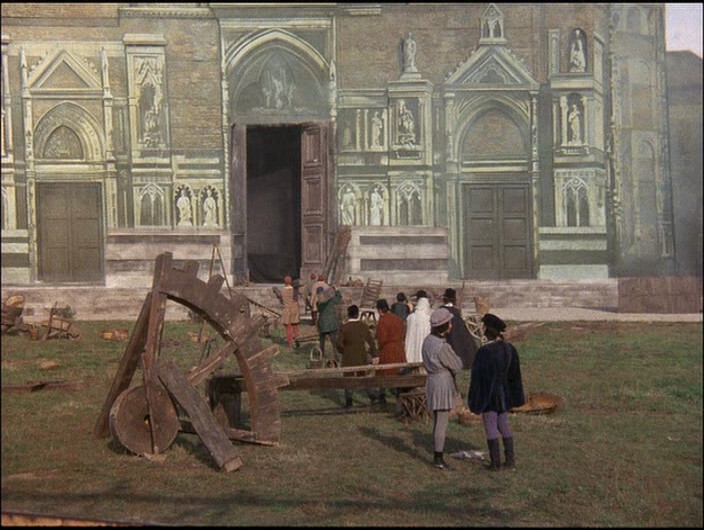 And the dialogue is just people spouting factoids at each other. Is this a TV series designed to punish unruly school children? And teach them facts about Firenze at the same time? 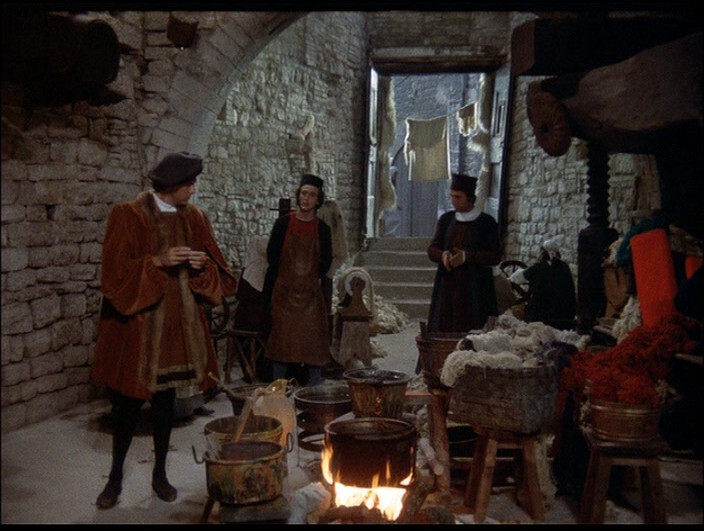 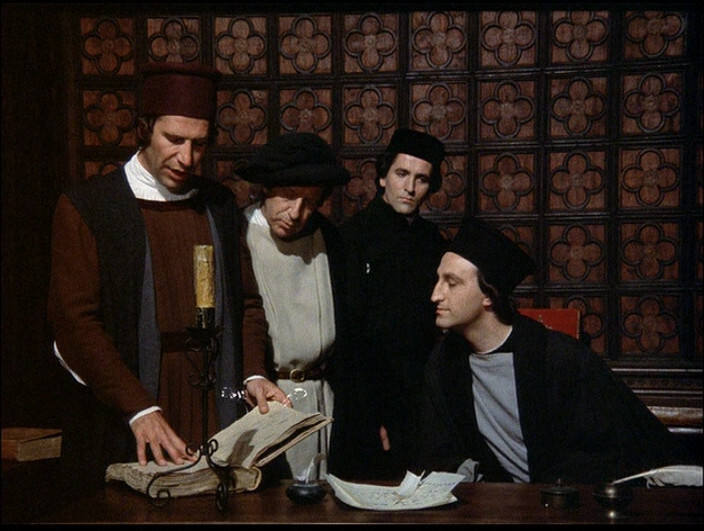 The costumes are nice.

But OK, I have absolutely no interest in this — it may well turn out to be an awesome masterpiece, but I’ll never find out. 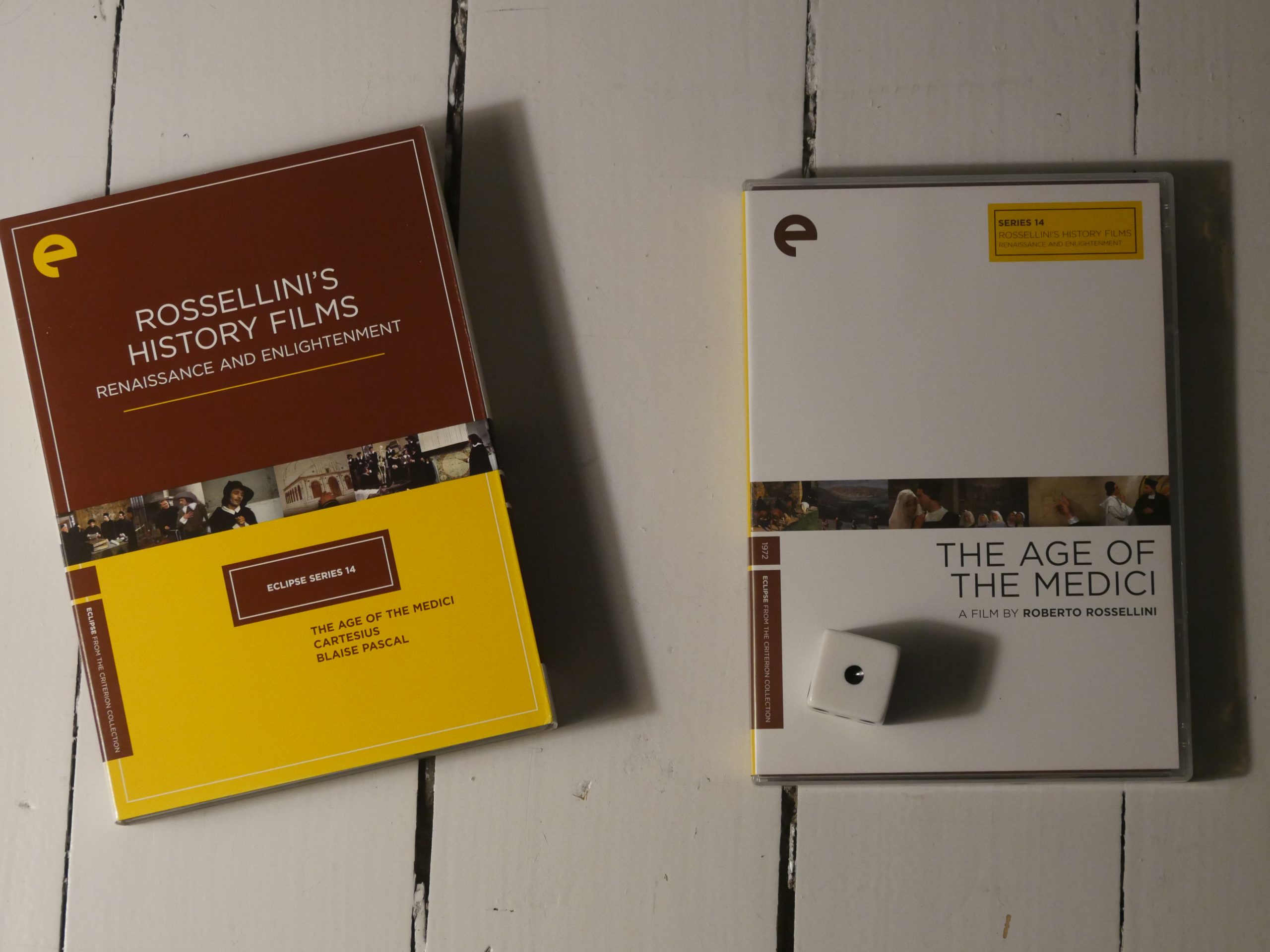 The Age of the Medici. Roberto Rossellini. 1972.