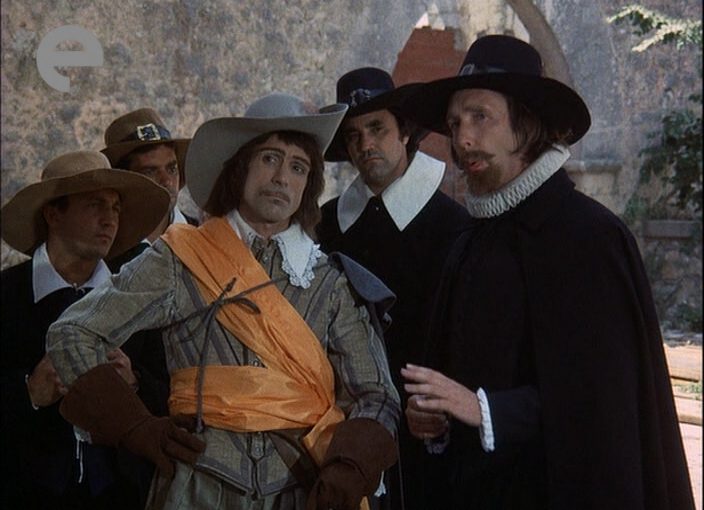 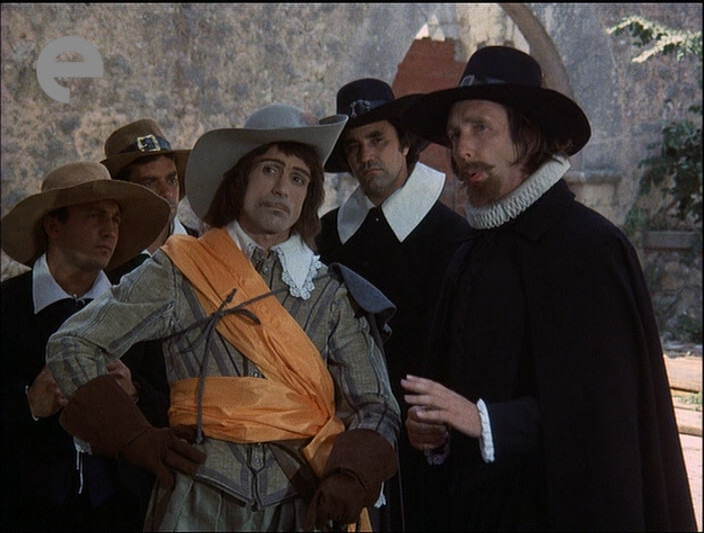 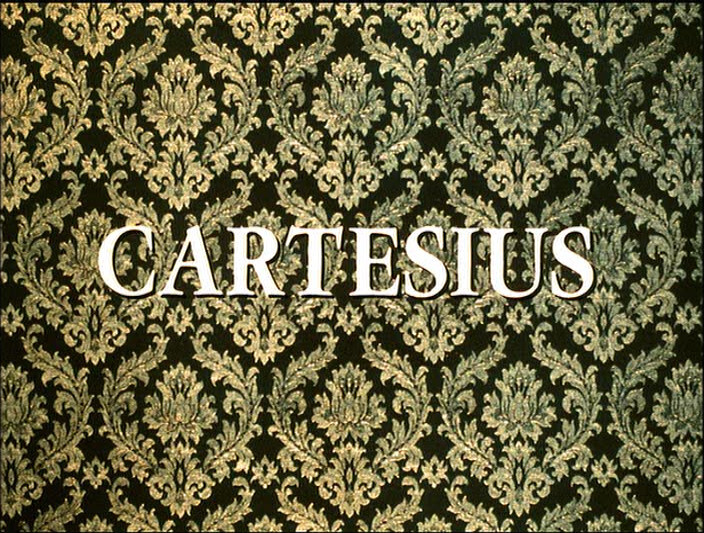 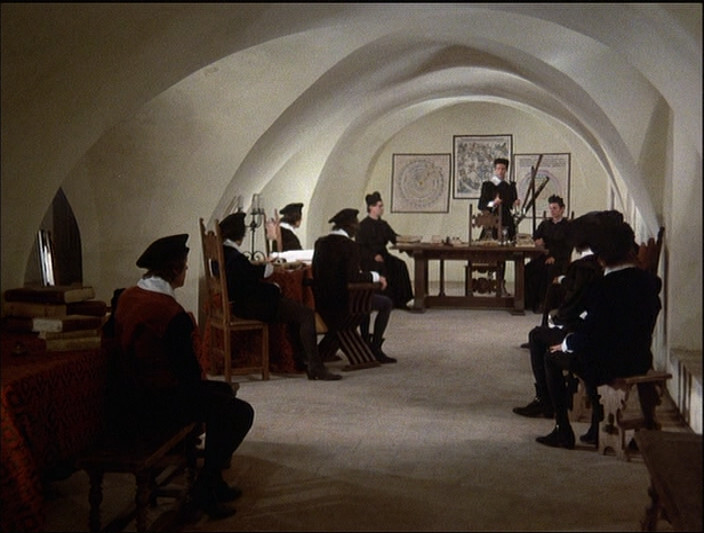 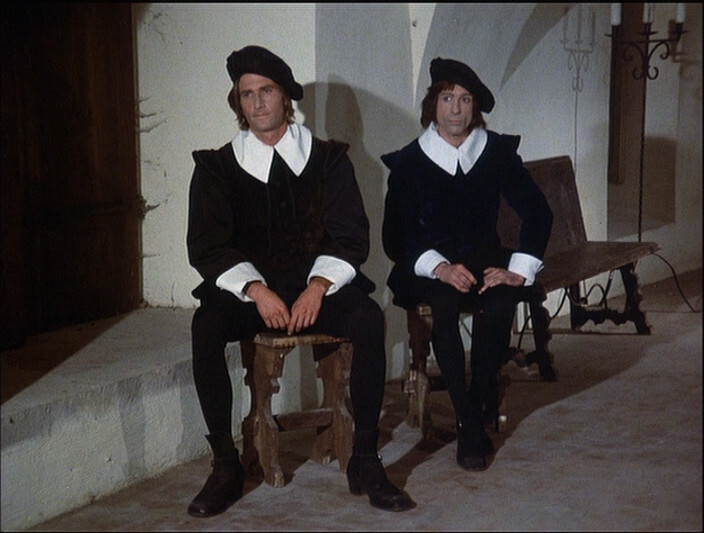 I really enjoyed Rossellini’s Blaise Pascal, and I really disliked his Medici, and this one was made between those two — so what’s it going to be like?

So this one is about Descartes… and it seems more like the Blaise Pascal film. 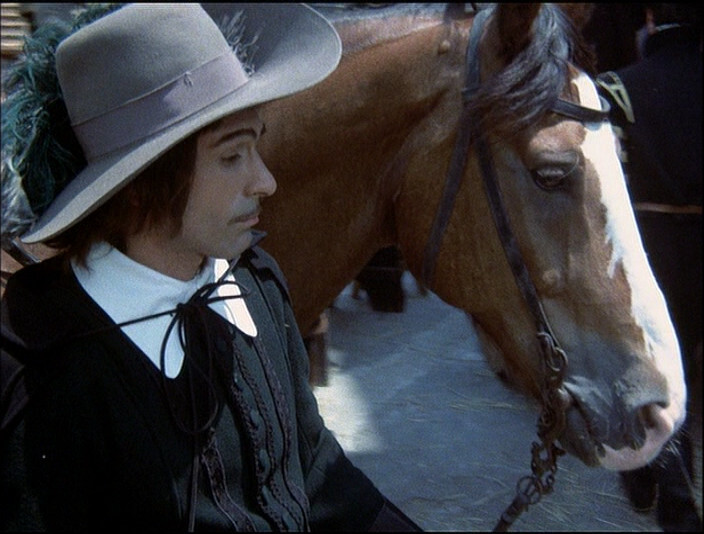 In this scene, they’ve put Descartes before the horse. 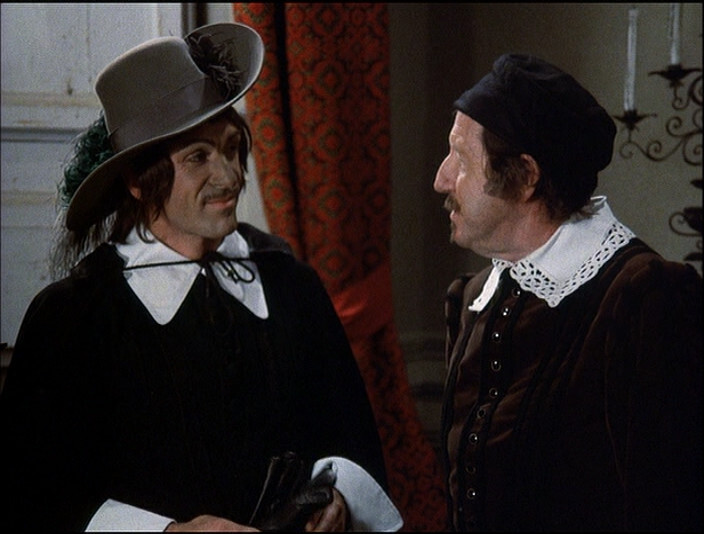 Very odd makeup on Descartes — it’s like they just smudged his face with ashes? 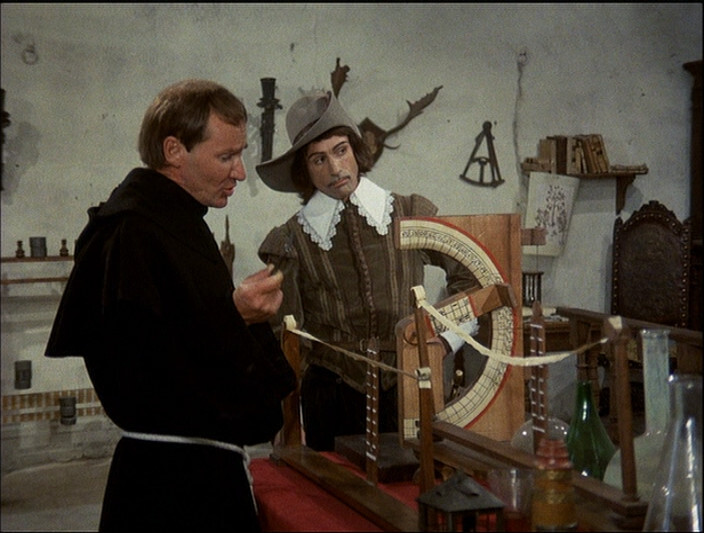 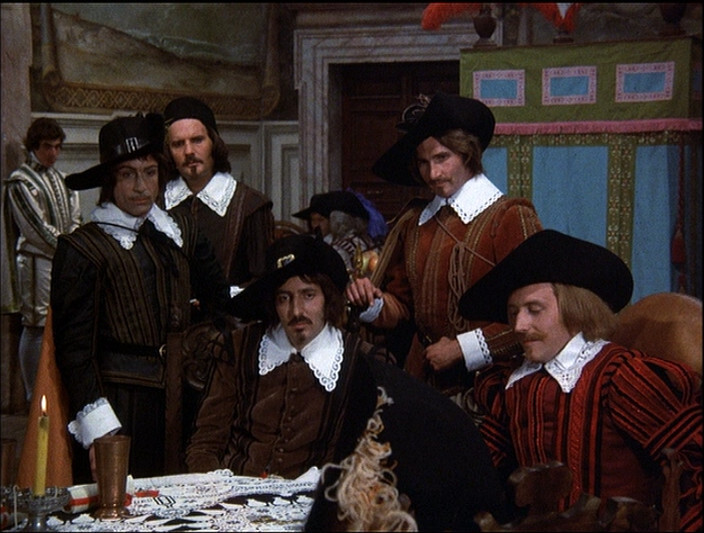 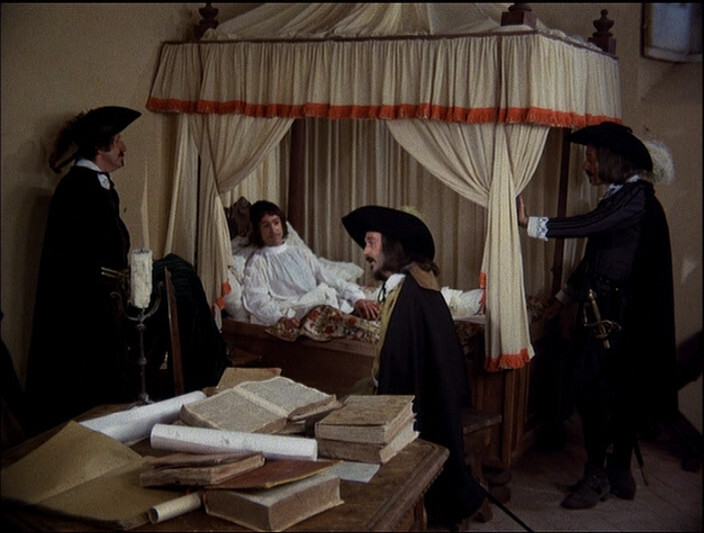 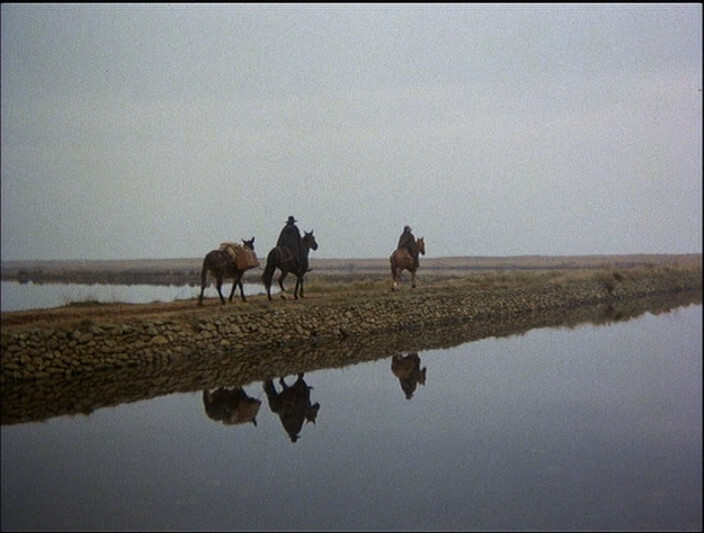 This is very much like Blaise Pascal — the same acting style, the same meticulous, stylish sets — and it’s just as fascinating.

Now I’m starting to wonder whether I was too rash in ditching the Medici thing… I think I’ll give it another go. 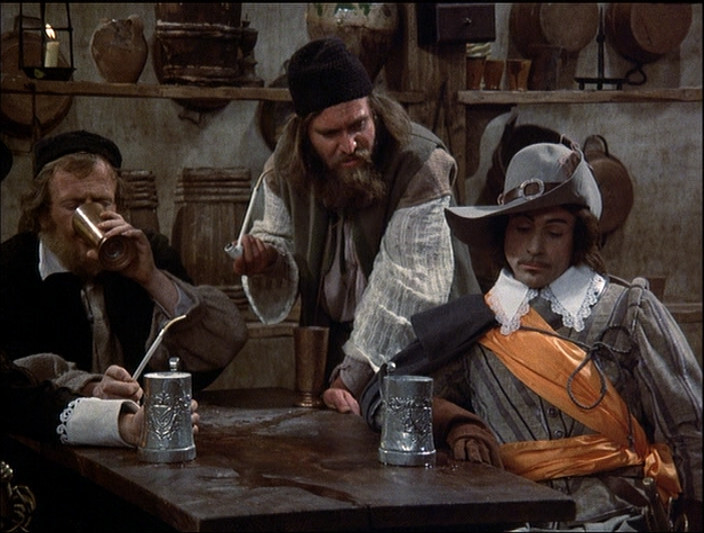 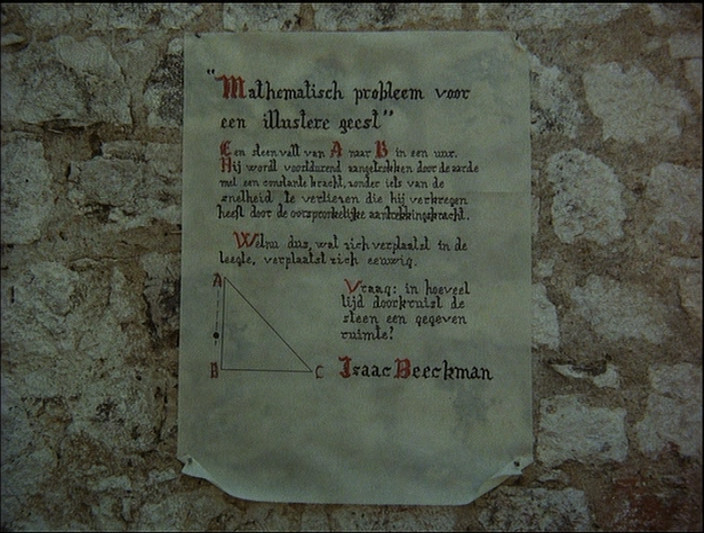 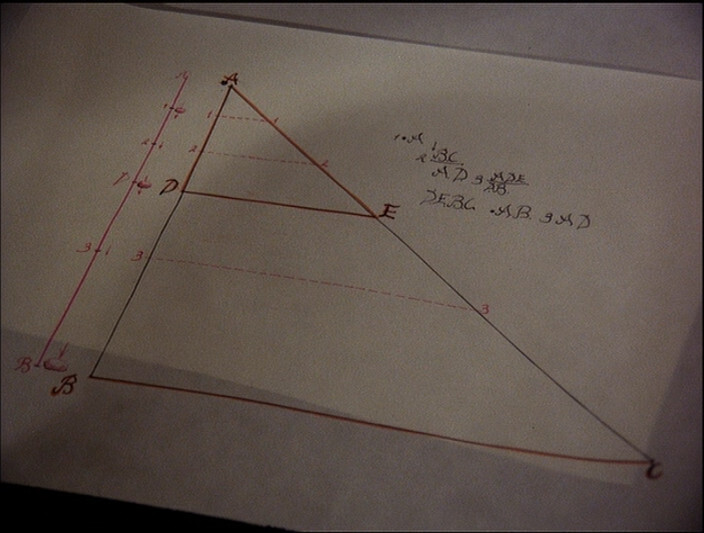 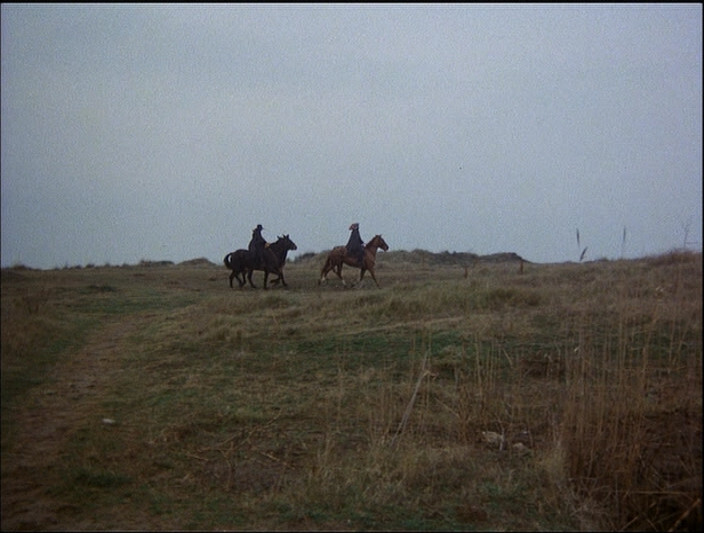 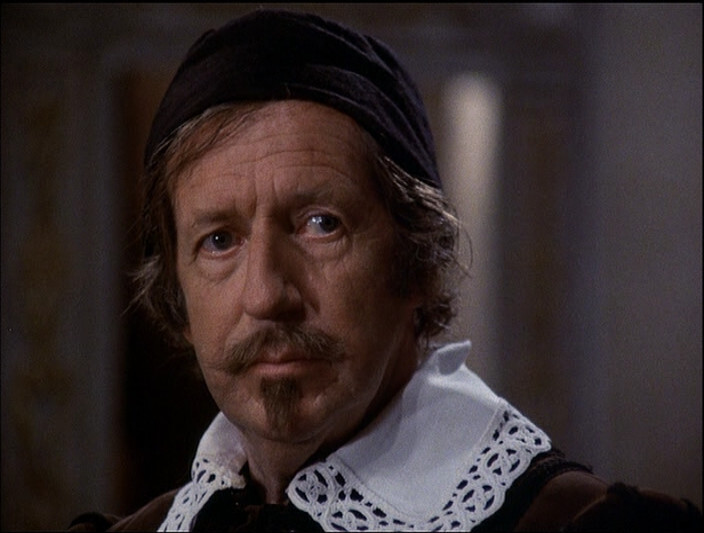 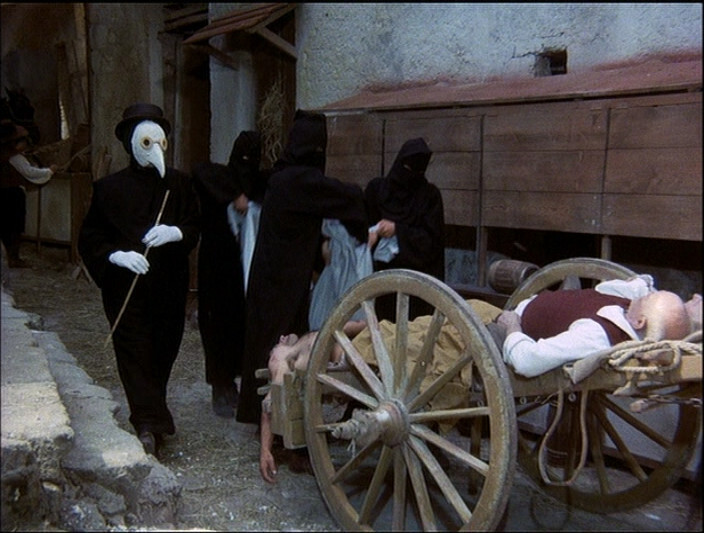 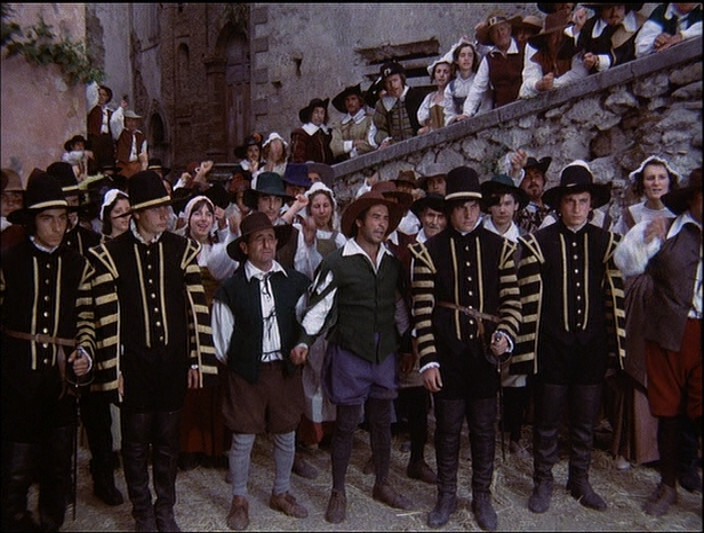 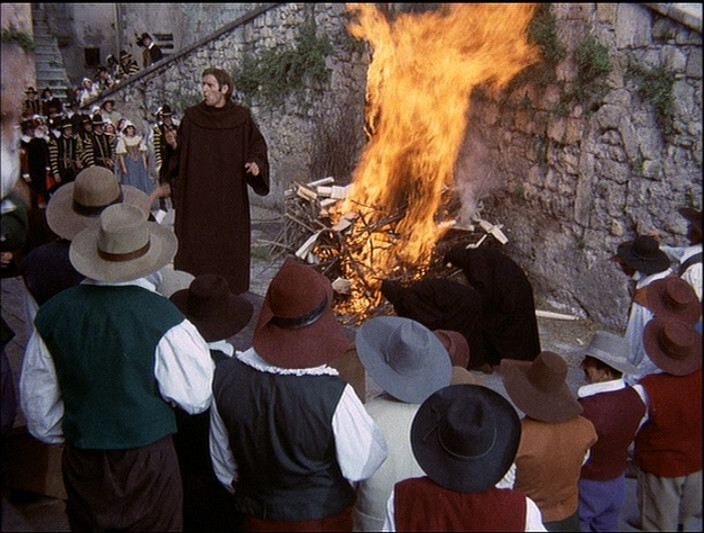 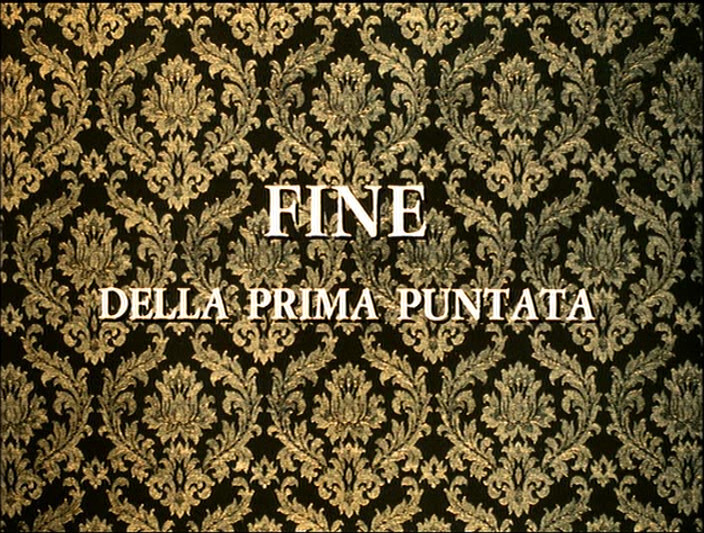 Yeah, it’s in two parts and two and a half hours in total. 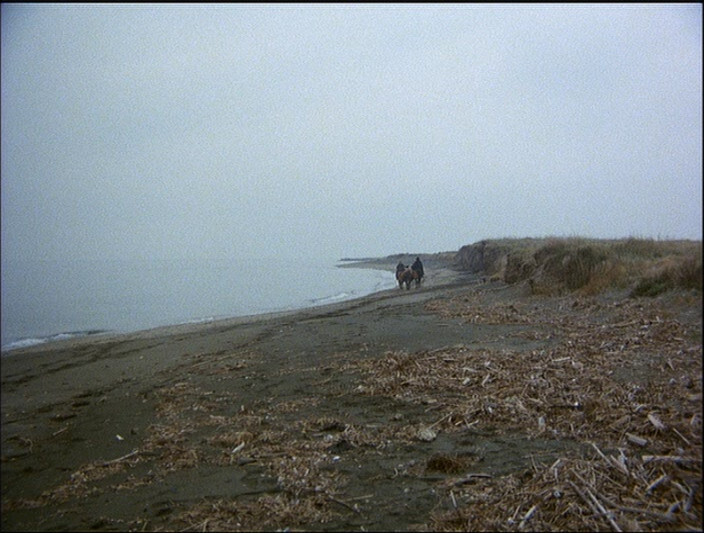 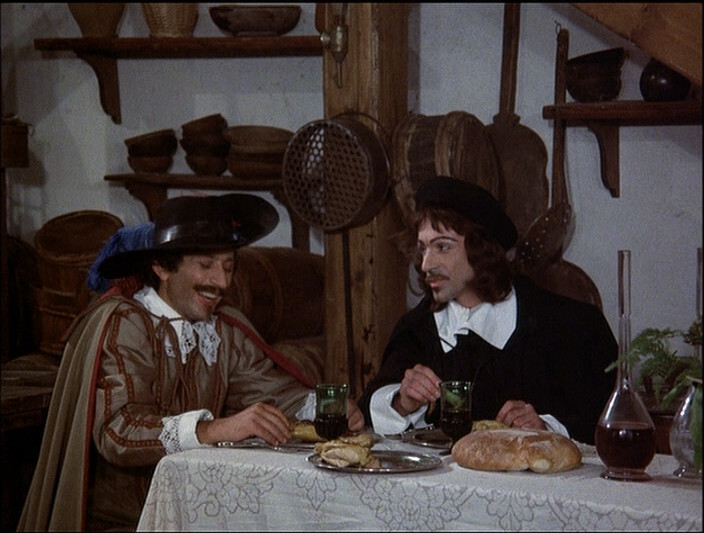 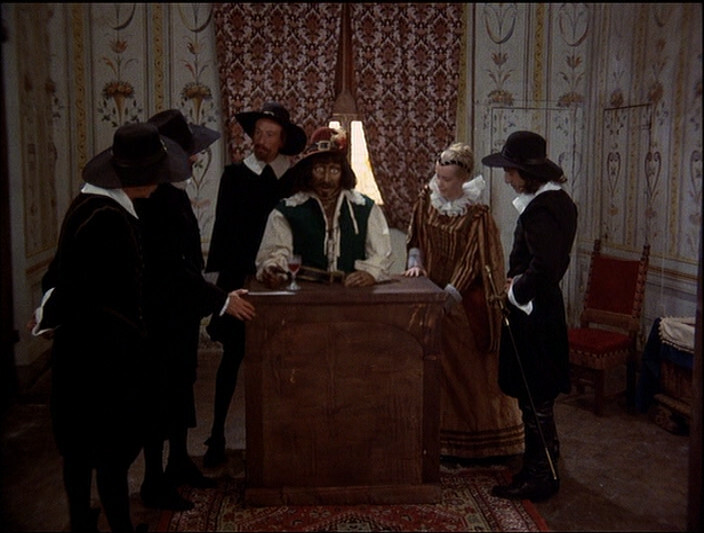 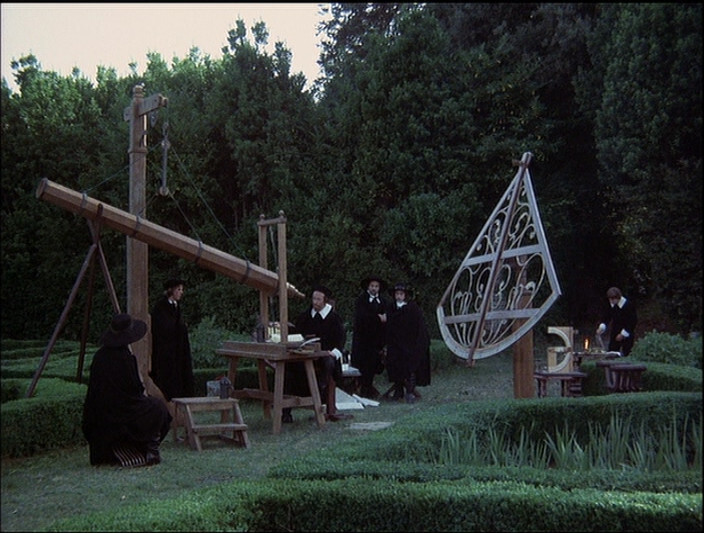 I really love the set designs, the great sense of colours and the straightforward cinematography.

However, this isn’t quite as good as Blaise Pascal. That one really kept the interest up… I almost wrote “tension”, but that’s not quite correct, because these films don’t have much tension. Instead Blaise Pascal took us from one scene of intense interest to the next until it was done. This one has some flabby scenes that don’t seem to have much reason to be there — it’s almost as if Rossellini was just padding the length or something. Which he probably wasn’t! 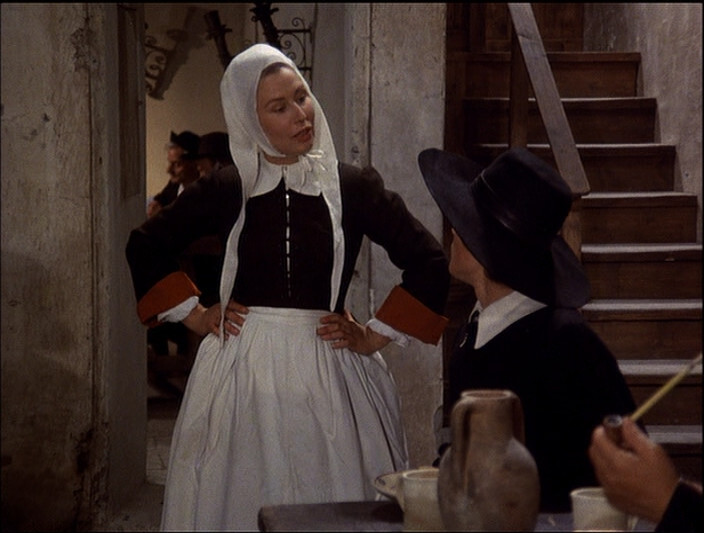 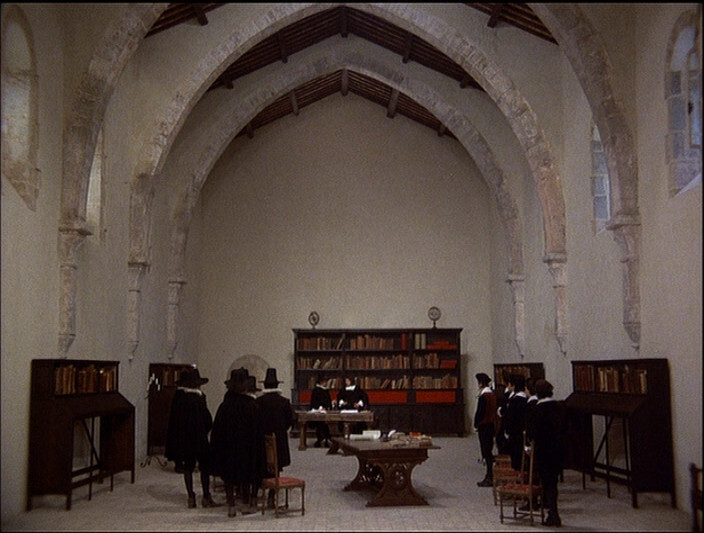 It’s getting repetetive — we’ve gotten the “sure, sure, I’m gonna publish this; I just need to think about it a bit more” a dozen times now, and Descartes’ incessant travelling — it’s like a running gag, but not funny. 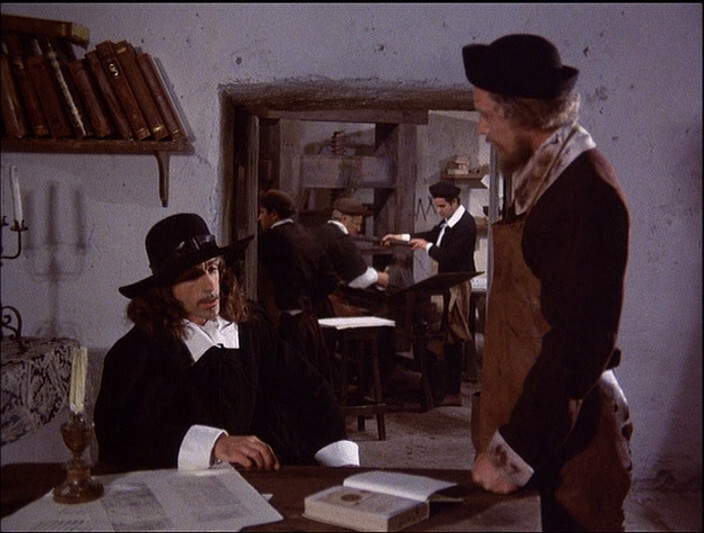 This film portrays Descartes’ intellectual life as a tragedy, I guess — he goes from his youthful optimism in deriving everything logically to his glib sophistry once he finally starts publishing. 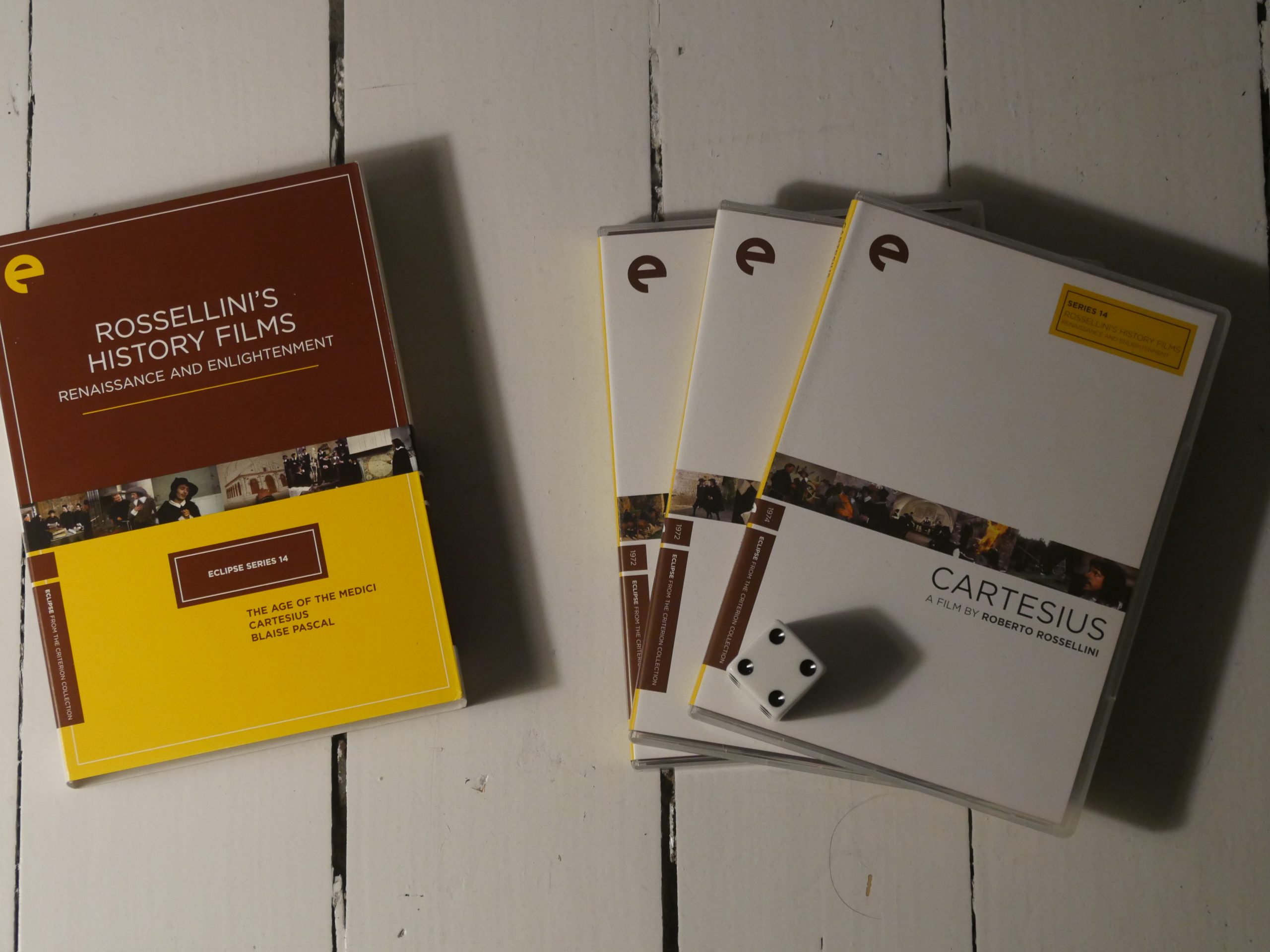 One thought on “Eclipse 1974: Cartesius”