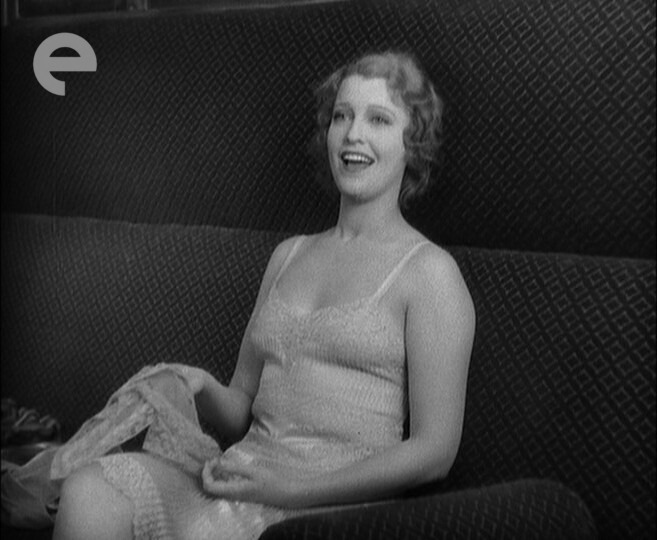 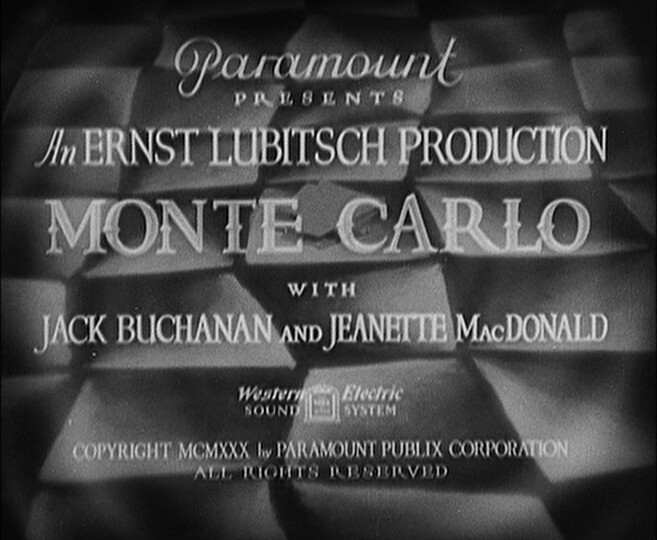 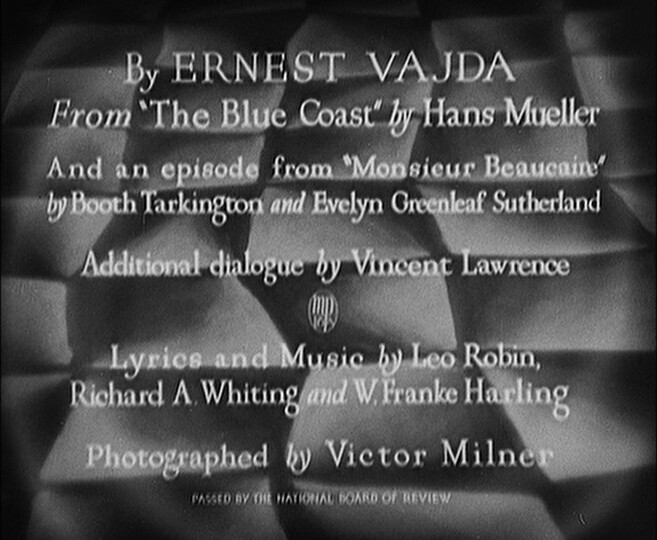 Those are some very complicated credits.

This is another 1.2:1 movie — the early talkies used a portion of the normal 1.37:1 film stock to carry the audio, so the movies became narrower. (The first few sound movies Lubitsch did, and were filmed twice, and released in both 1.37:1 silent versions and 1.2:1 talkie versons.) 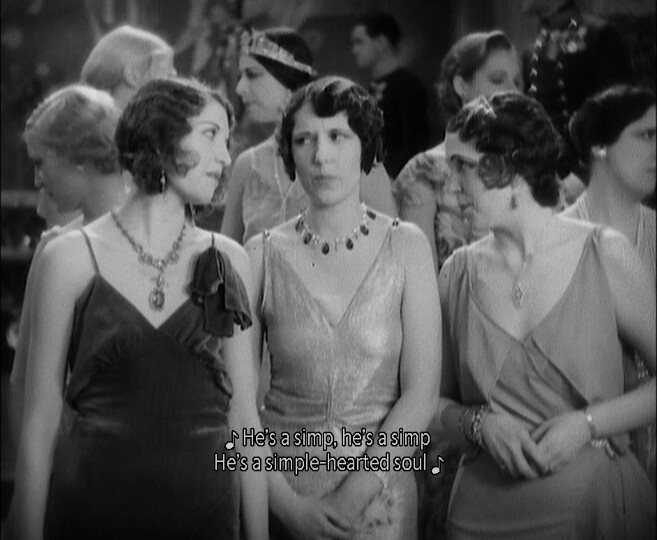 So that’s where “simp” comes from! 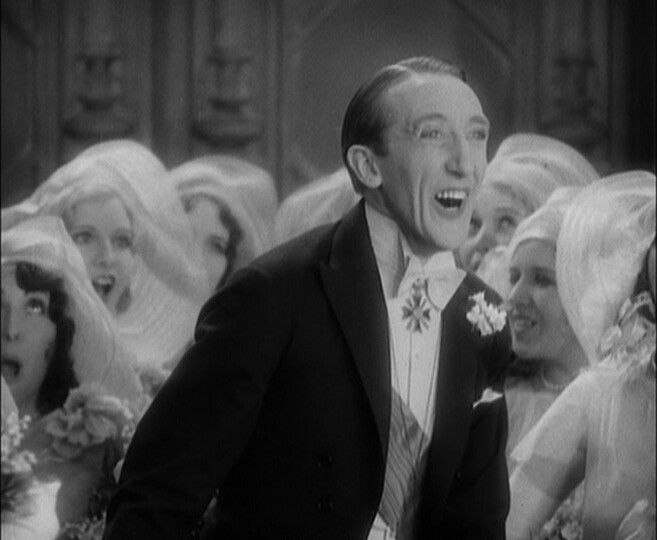 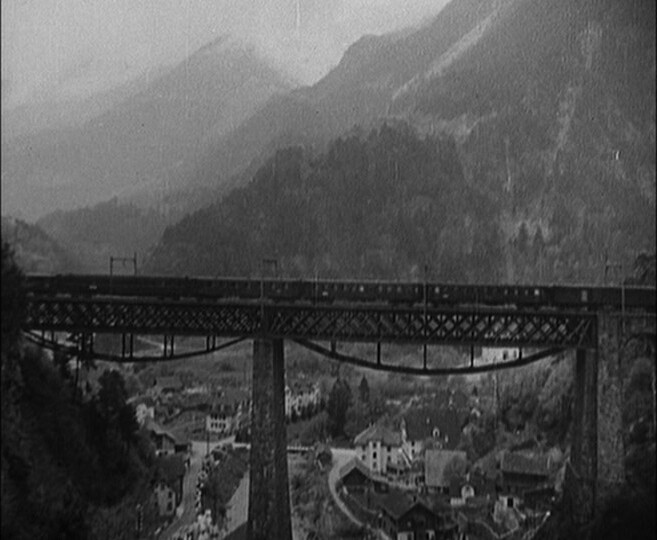 This is fun! Lubitsch’s previous movie was a downer, but this is moving along most amusingly. 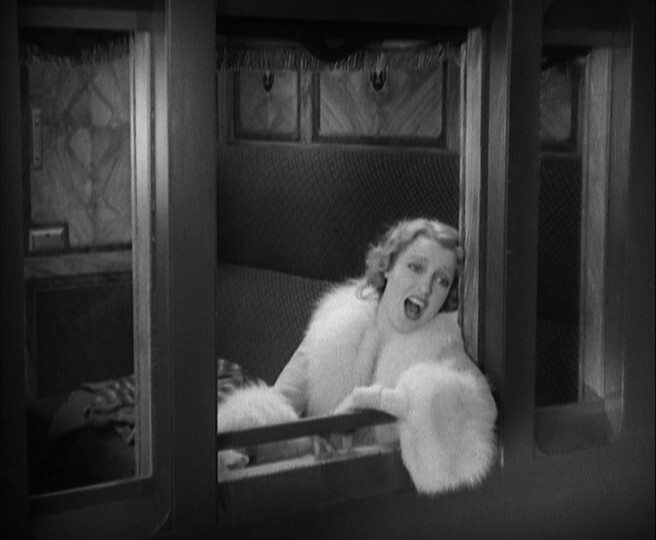 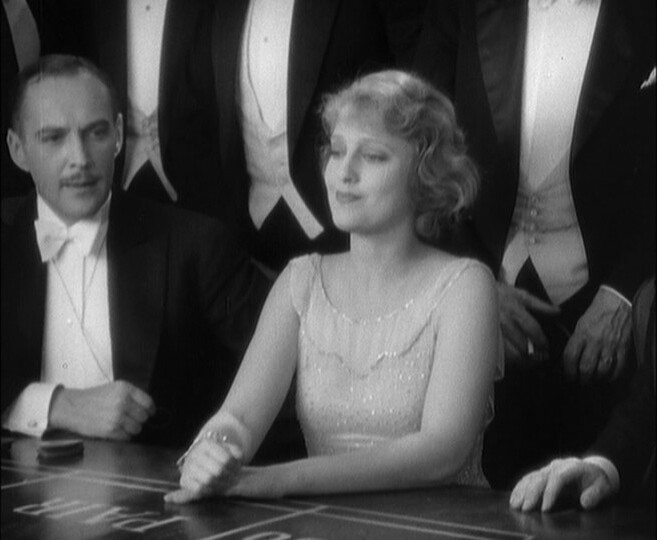 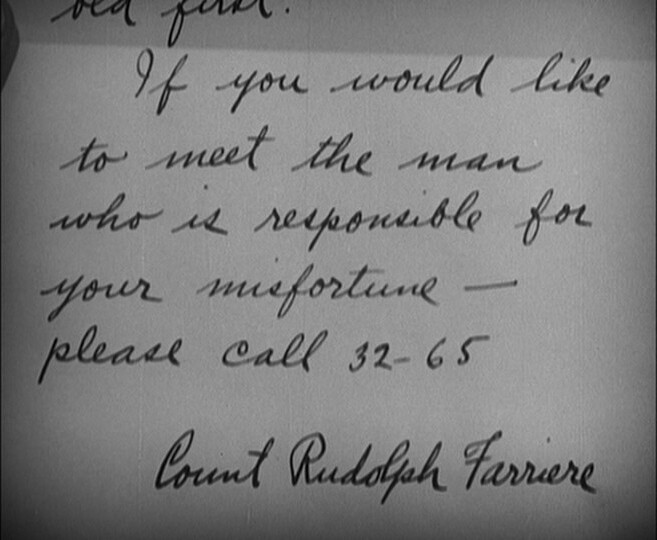 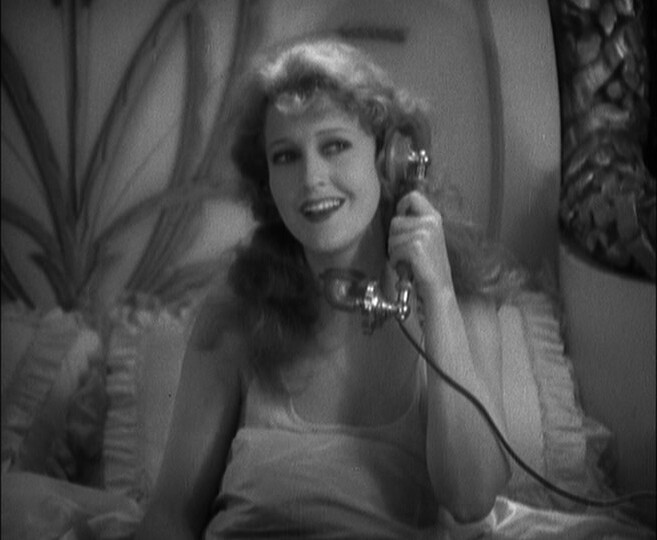 Jeanette MacDonald is great. But this just isn’t firing on all cylinders. It’s got scenes that should be hilarious, but instead they’re just vaguely amusing. I think it’s mainly a pacing problem? I mean, I know — this is from 1930 — but I’ve seen movies from 1930 that have more snap and zip. 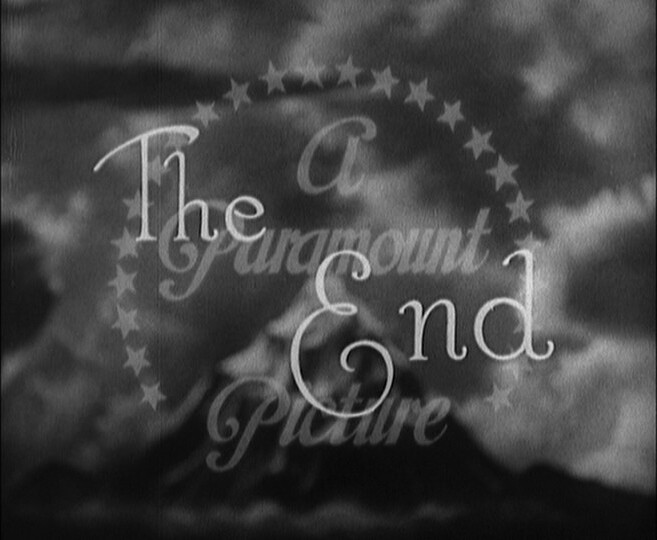 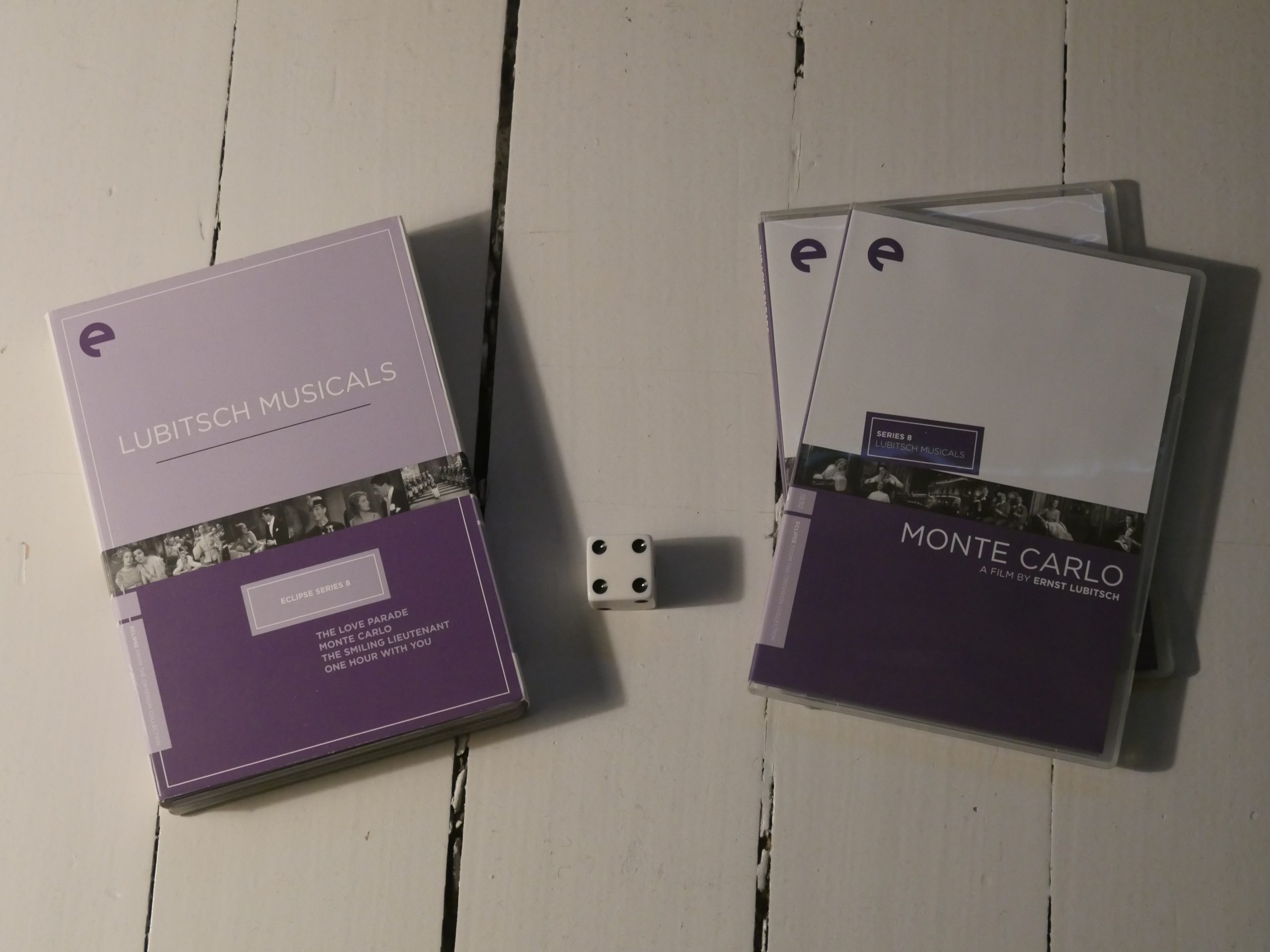