When I embarked upon my majestic Ingmar Bergman journey (ahem) there basically were two reasons for doing so: 1) I really wanted to, and c) it’s silly, and XIV), this box set had been released: 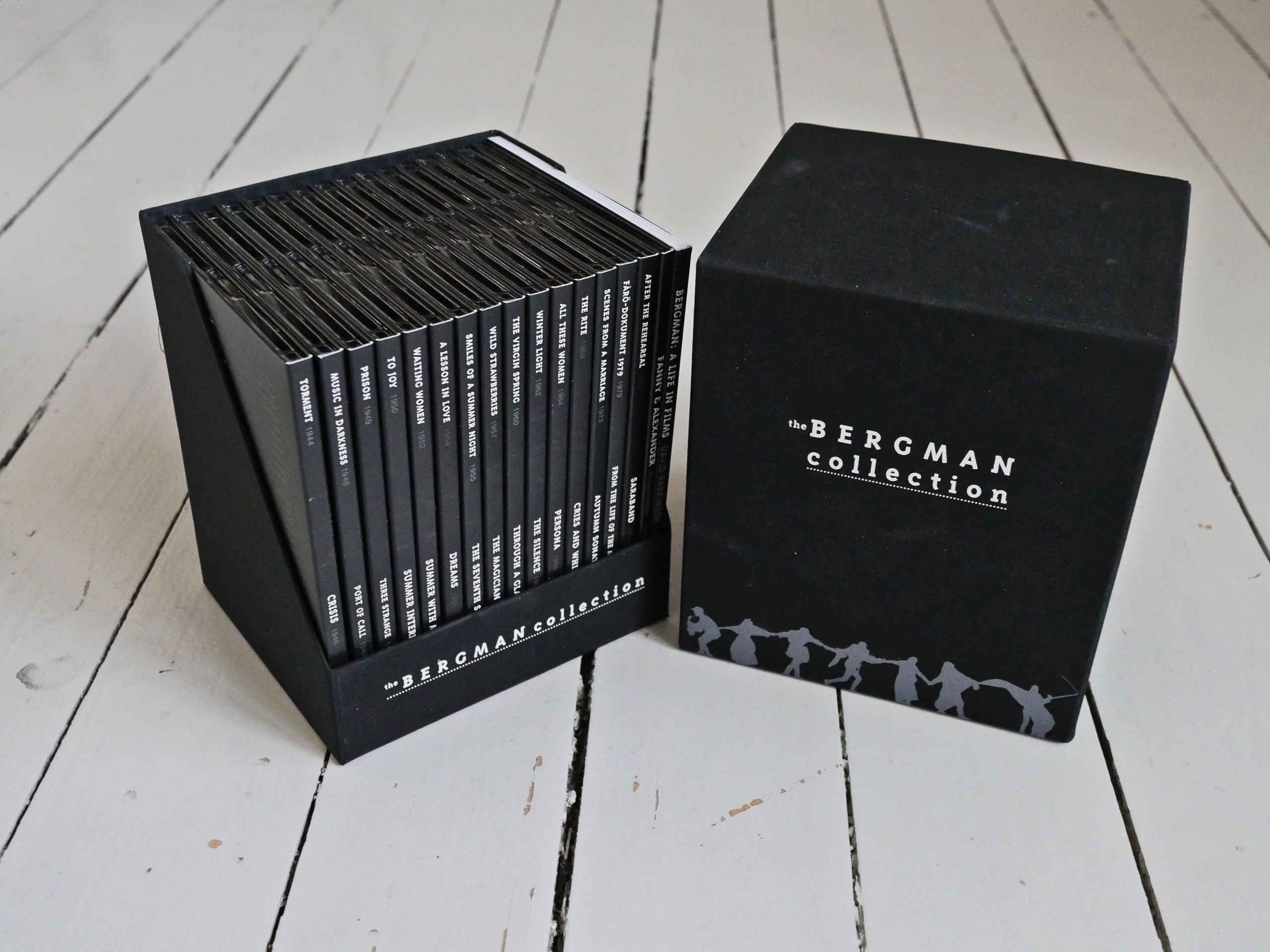 I thought it was a complete collection, but it’s basically half his output.

I’ve seen most of Bergman’s films before, but it’s been a long time, and I’ve never seen them in any sort of chronological order, so my sense of his career wasn’t anything beyond “hey, his early films were a bit naff or what?” I vaguely thought that there were The Three Stages of Bergman: Early, Good, Late.

There’s a danger in getting too detailed and losing the knowledge by providing too much data (i.e., every single film getting its own category would be pretty useless), but I think chopping his career into five parts is somewhat useful:

The Early Years of Bitter Struggle

In the beginning, even if he was a child (er, 20s) prodigy, the films he was involved with the first five years are mostly not very interesting. If you’re a Bergman fanatic, you can recognise a few Bergman tics in these films, but they’re things Bergman did because he wanted to make films, not because he knew what he was doing. The exception here is “Prison”, which is rather thrilling. But if Bergman had stopped making movies after this run, nobody would have remembered him.

Starting with Summer Interlude, he made films that were commercially successful. Perhaps mostly because they featured scantily clad gorgeous Swedish women, but the financial freedom meant that the studio didn’t interfere ever again, and Bergman could do whatever he wanted. Virtually all his iconic movies are from this period. That is, whenever you see a Bergman parody, they pick scenes from The Seventh Seal or Wild Strawberries or something. And all of these films are very watchable. The only thing is, the next period he stepped it up even further.

Bergman has gotten his entire troupe and crew together. He has Sven Nykvist, Liv Ullmann, Max von Sydow, Gunnar Björnstrand, Bibi Andersson, Erland Josephson, Ingrid Thulin, Harriet Andersson, Gunnel Lindblom… And he’d gotten influenced by the French Nouvelle Vague. He could do no wrong in the period (except The Touch, which is a harbinger of things to come in some ways). These are all non-required watching.

The 70s were confusing. Bergman made his own production company, and he really got involved with TV. Many of the productions from this period were produced with TV in mind, but then edited down for theatrical releases. And, wonders of wonders, many of these productions were amazingly successful, and made Bergman (finally) a rich man. Scenes from a Marriage was a phenomenon throughout Europe (you can allegedly see when it was shown in each country by looking at the divorce statistics for that country), and the period wound down with Bergman’s most beloved production ever, Fanny & Alexander. On the other hand, it includes some of Bergman’s worst work ever, like The Serpent’s Egg.

Bergman was back in Sweden after being a voluntary tax exile, and decided to stop making films for the cinema after Fanny & Alexander. Going out on a high. The next two decades Bergman mostly worked as a theatre instructor (he’d been doing that from the start alongside his cinema career), but wrote a handful of scripts based on his autobiography for others to direct. But he also directed a few more TV theatre projects himself. But basically this period is Bergman letting go, and as with his first period, nothing of this is essential. But there are things of interest for Bergman fanatics. 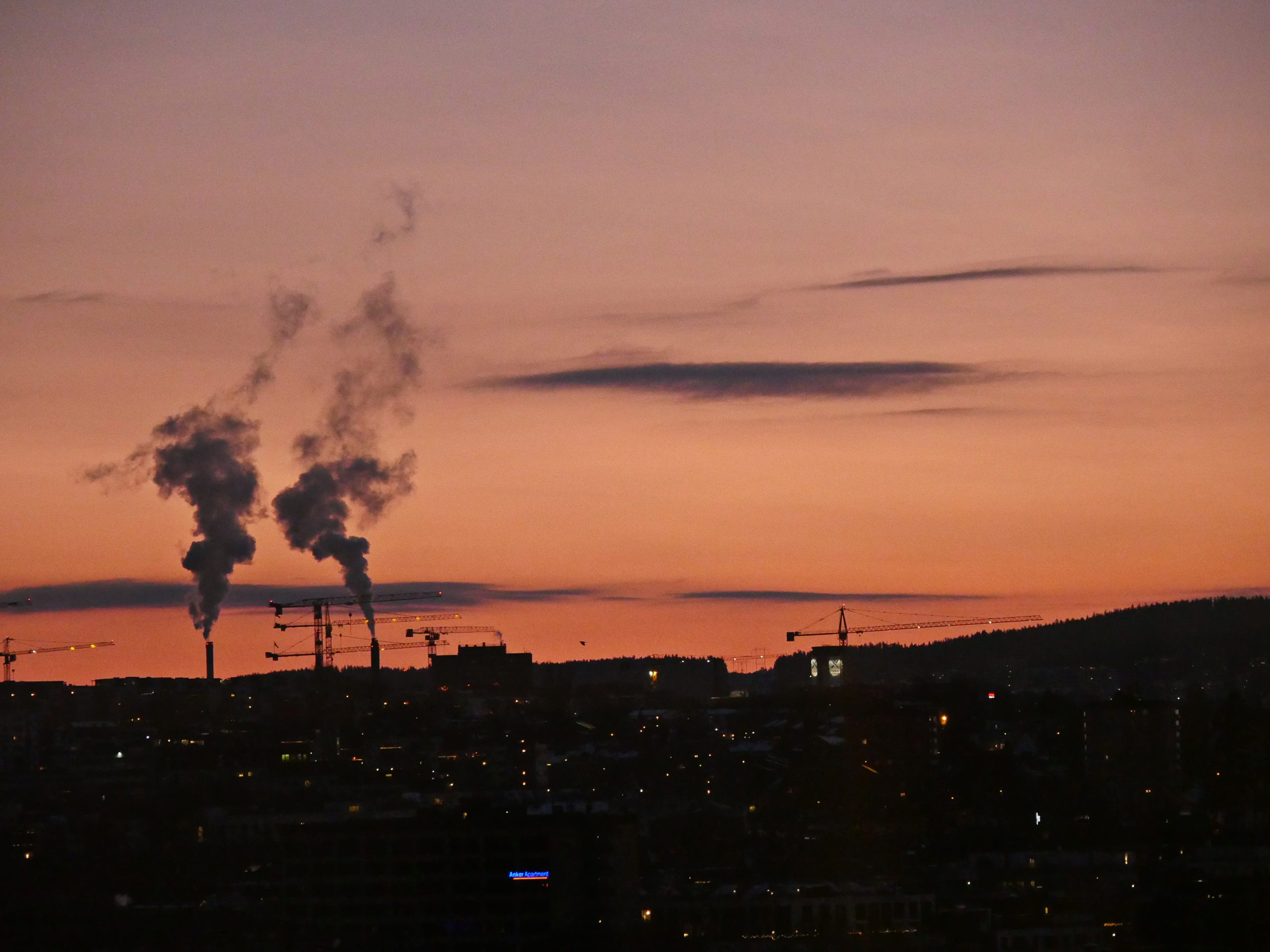 While watching these films I’ve also been reading about them on the interwebs. The Bergman Institute has an article per production, and some of them are very interesting, well-written and funny. I’ve also been listening to Bergmanpodden (it’s in Swedish), and I’m not very surprised to find that the critics there judge his works less positively than I do.

But I’ve also googled randomly to see what people consider to be Bergman’s most Bergman films, and there’s something of a consensus. Most people namecheck Persona and Cries and Whispers, and these are indeed the films that Bergman himself felt were his best, most true movies.

And I agree; they’re totes amazeballs.

The disagreement comes with the third film to be included. Some people go for From the Life of the Marionettes just to be contrarian, I think: It’s a early-80s film and it’s, for once, a film that’s somewhat hostile to women. So naturally that’s the one male critics gravitate towards, since Bergman is otherwise mostly just interested in his female characters. A handful of them fail the reverse Bechdel test (i.e., there are no men who talk to each other in them), which is extremely unusual in cinema.

Fanny & Alexander is popular with many, of course, and that’s even easier to see: It’s a really fun film to watch. It’s the kind of thing you can watch again and again because it has such sense of mood and place. And it’s about childhood Xmas, so there’s that, too.

And some pull out Saraband as their third choice, and that’s understandable, too, because it’s his swan song. And of course, Wild Strawberries and The Seventh Seal is very popular among, er, people who haven’t seen that many Bergman films, is my impression.

I’m going to go contrarian contrarian with my choice for inclusion in the trinity: A Lesson in Love from 1954. It’s a trifle, but Gunnar Björnstrand and Eva Dahlbeck are just scintillating in it, and it’s hilarious. It’s perfect.