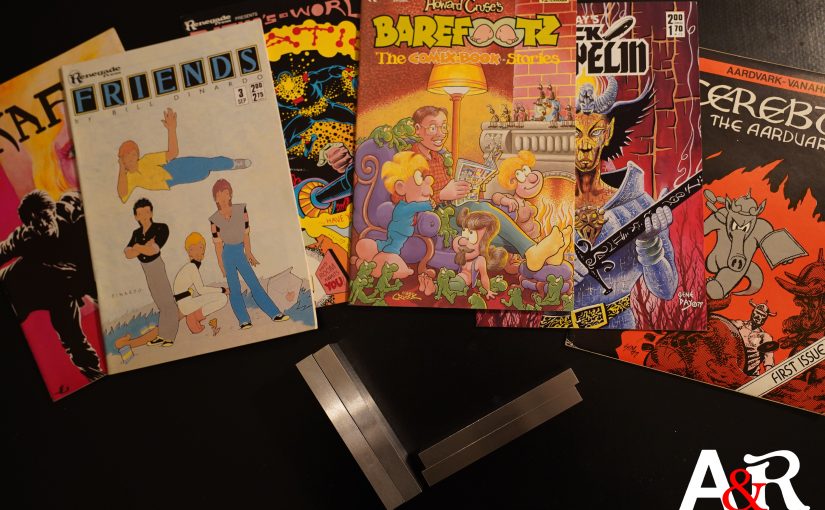 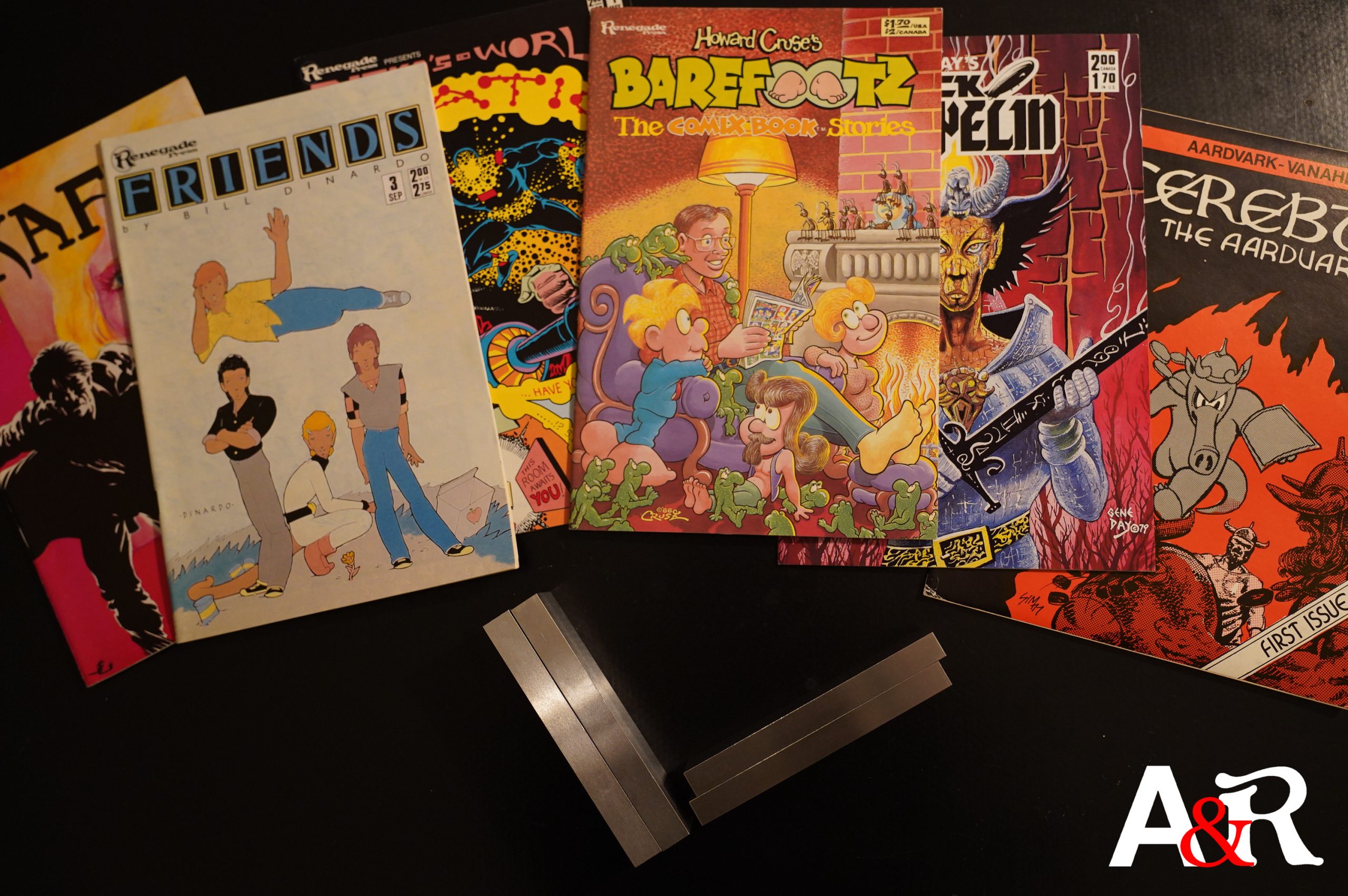 I’ve been doing these blog series for the last few years where I’m re-reading comics from the 80s: First I did Fantagraphics, because I really wanted to re-read Love & Rockets one more time, and then the whole idea of setting up a challenge appealed to me: I was going to (re-)read all the pamphlets Fantagraphics had published, and just jot a few words as a reading log for each series.

That was a lot of fun, because Fantagraphics has published such a wide range of comics, and quite a few of them are brilliant. Even the abject failures are interesting in some way.

I did some other companies, too, because… well… I’m not quite sure. Some were more interesting than others. 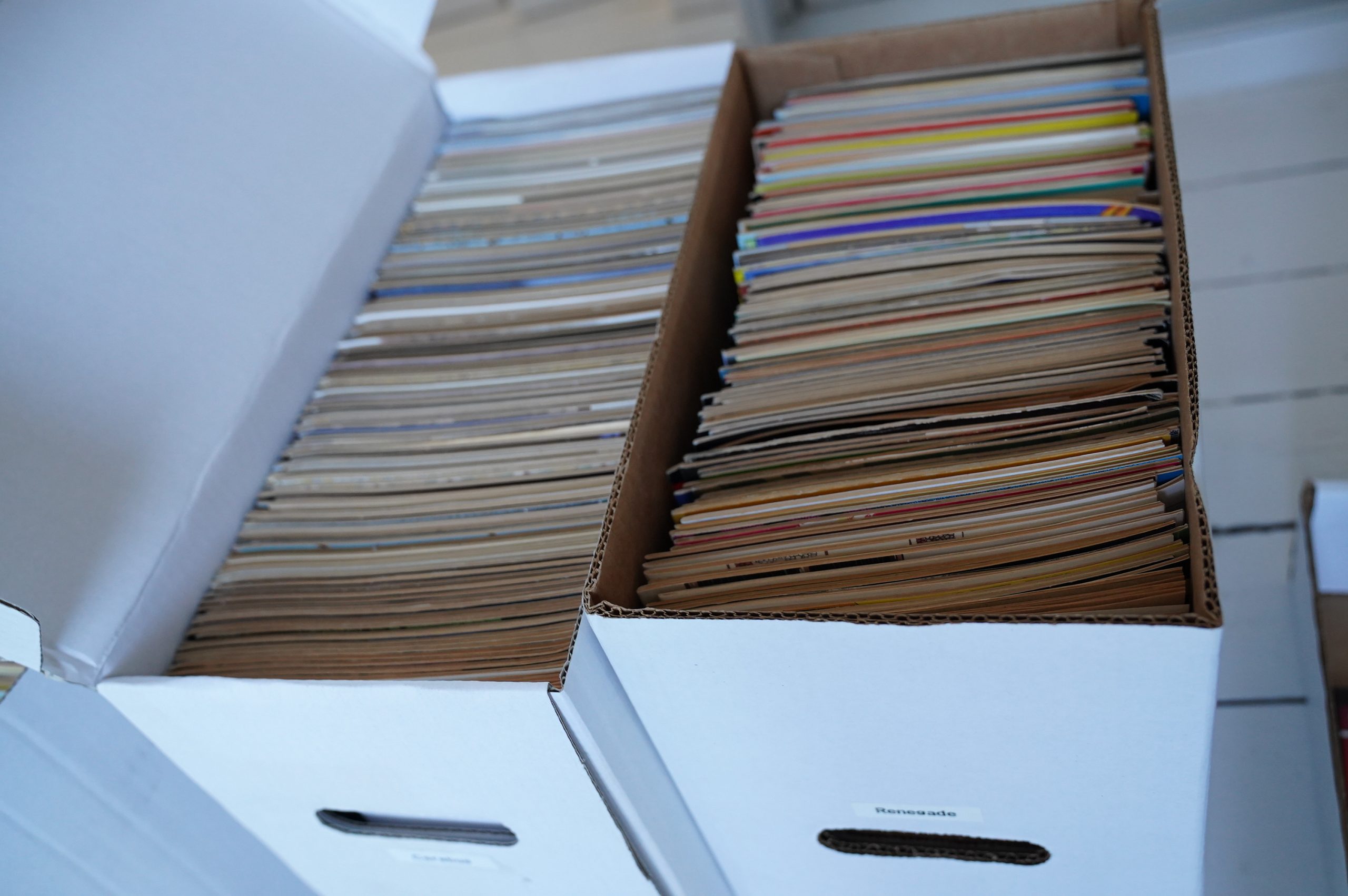 The reason is pretty simple: I was looking at the shortboxes, and I realised that I had basically everything that Renegade had published. And if I were going to do Renegade, I might as well do Aardvark-Vanaheim, too. And if I do Aardvark-Vanaheim, I might as well re-read Cerebus, too, which is something I really hadn’t planned on ever doing again. Not because there isn’t good stuff in Cerebus: There’s a ton of it. But the sheer weight of the hare-brained sophistry Sim sprinkles over it all is hard to take.

But on the other hand, Aardvark-Vanaheim’s other comics are all really good, and I do want to revisit them. The things Deni Loubert published after she started are… super strange. I remember some of them being so odd that I couldn’t fathom how anybody would publish them, but I was still fascinated by them at the time.

So I do want to re-read those comics, and then it’d kinda ruin the entire Exciting High Concept of this blog series if I didn’t reread Cerebus, the mothership, too, so I’m going to do that.

There’s really not that many series — just about sixty, and Cerebus is more than half the number of issues all by itself. 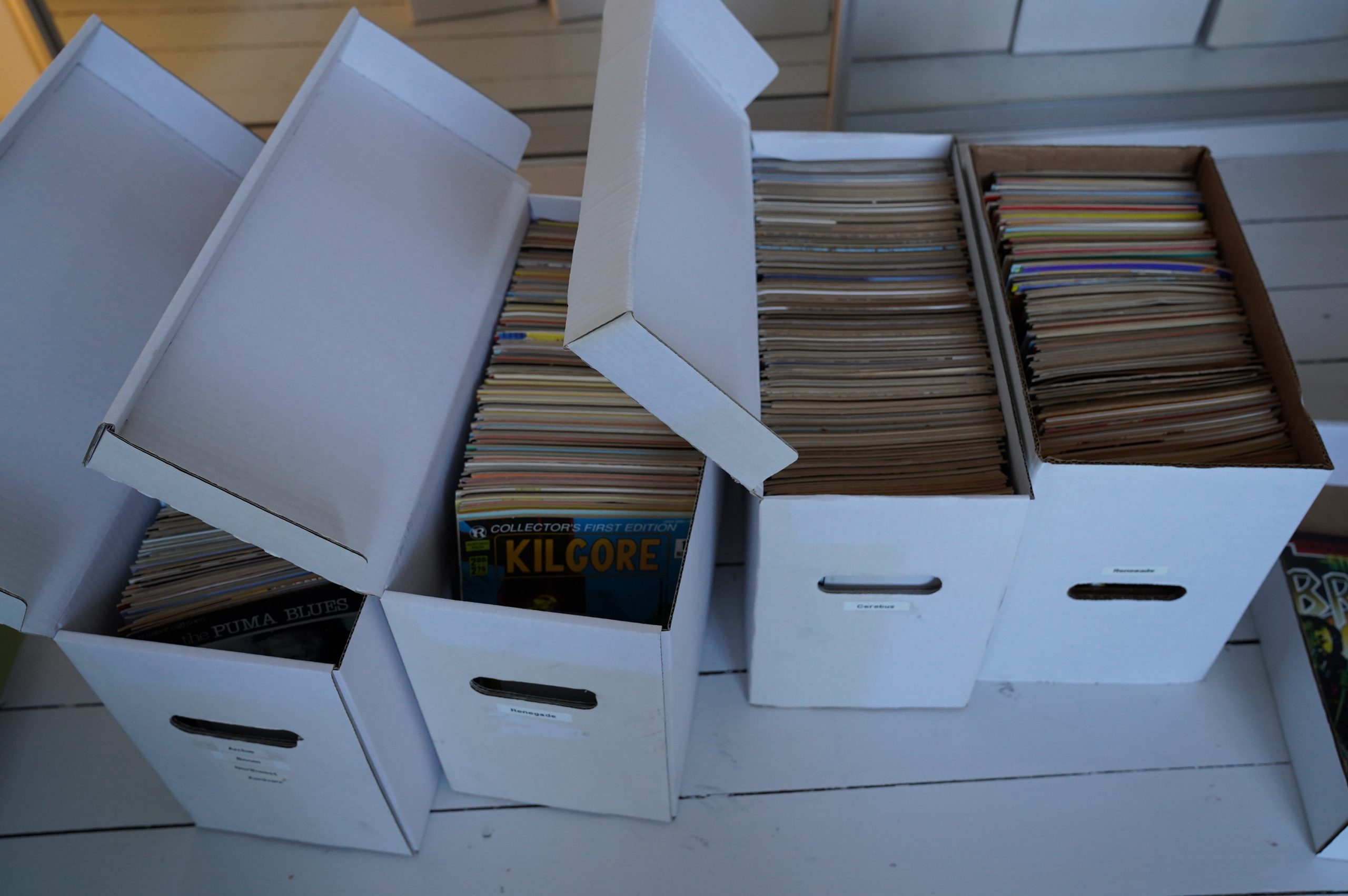 So this blog series shouldn’t take more than a couple of months, he said hopefully — I’ll be aiming for one post per day.

And by that time this whole corona thing is over, right, and I can go to Hawaii?