In the previous blog post in the series “Lars Humblebrags A Lot” in late December, I claimed I was going to take a break from Emacs bug spelunking… 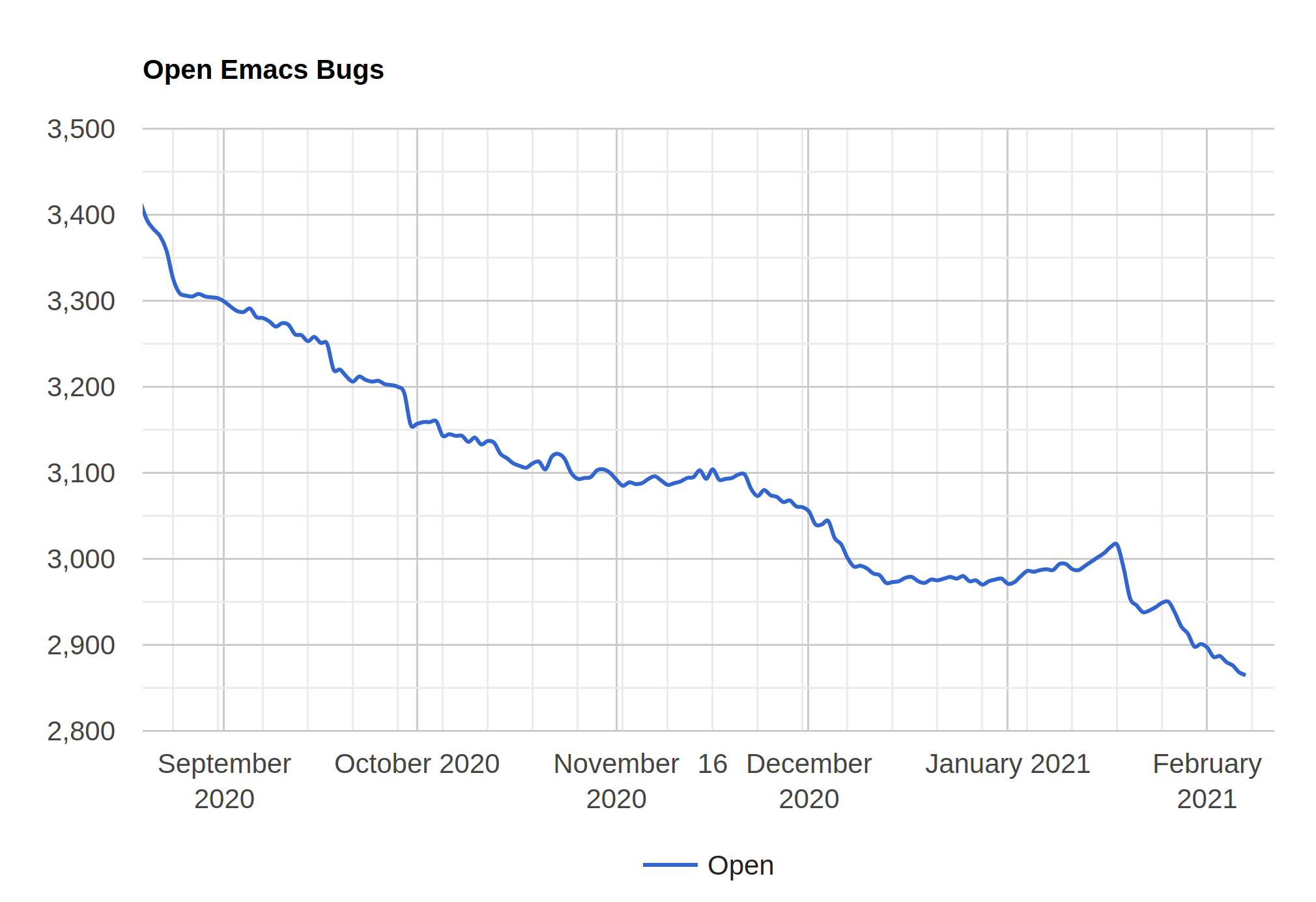 … and as you can see, I did. For a couple of weeks, and then they pull me back in!

This time around I got the brilliant idea of downloading all the bug reports, and then sorting them by how many responses they’d gotten. (Because the debbugs interface doesn’t have that in its er database. Allegedly.)

And then I’ve basically been going through the messages that have one (1) response. And it turns out that one-response bug reports is a rich seam to mine: It means that somebody has thought a bit about a bug, perhaps done some analysis, but then not actually fixed it, because reasons.

That means less thinking for me, which is good, because thinking -> branes hurtz.

So that’s fun: Fixing a bunch of itsy bitsy bugs/wishlist items (and a couple bigger ones), and hopefully not introducing too many new bugs. 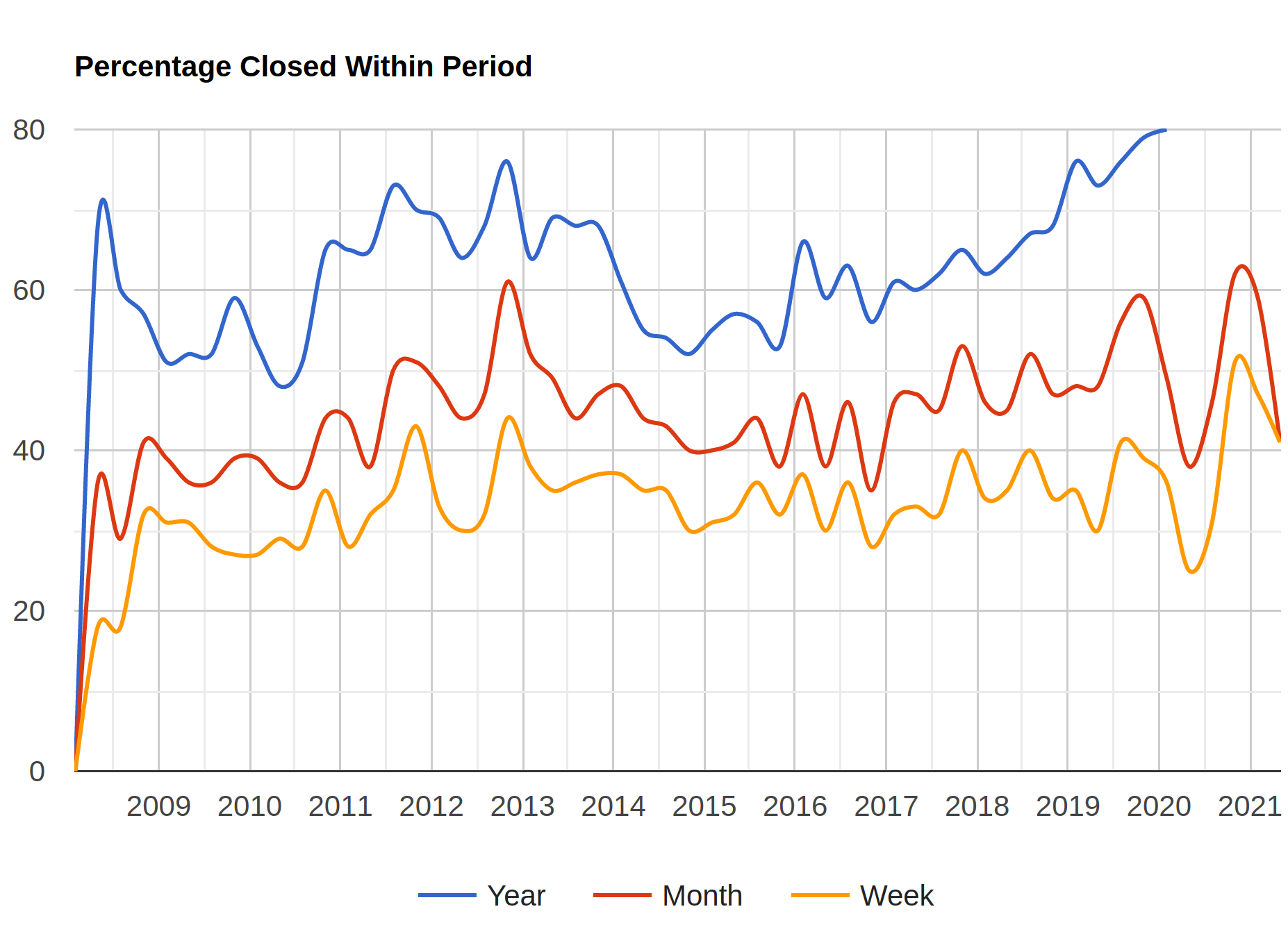 … which this plot seems to bear out (the “closed within week” percentage has been dropping the last month).

Anyway! Time for a holiday break, and I can go… er… uhm… can I go to the shop? Perhaps?