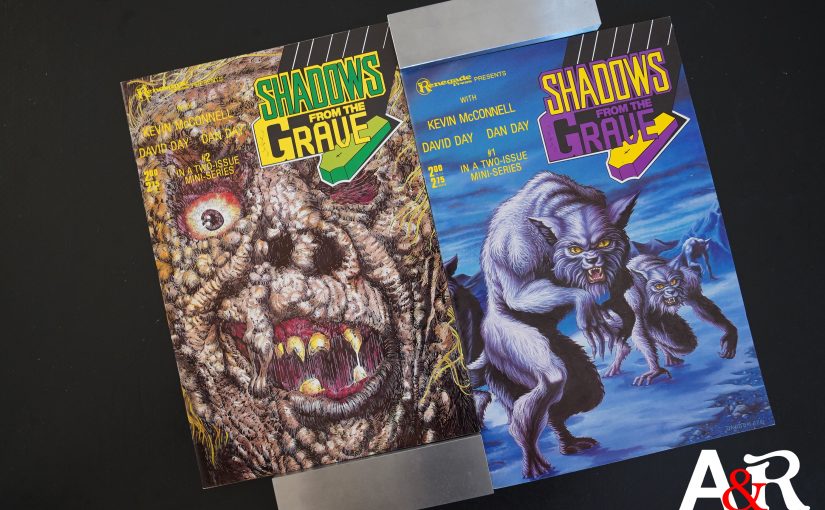 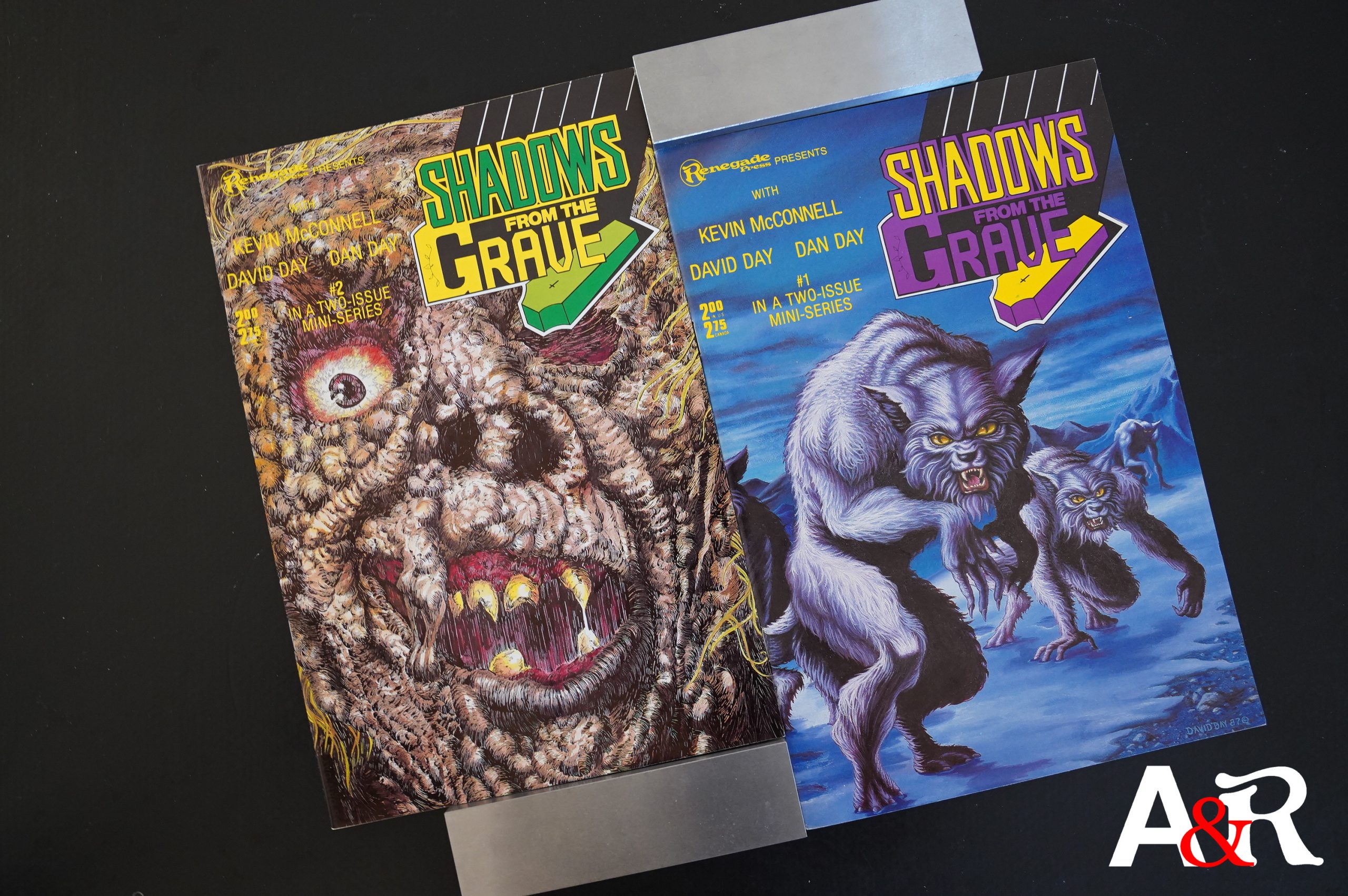 I had the second issue of this as a teenager, but I never bothered getting the first one at the time, so I’ve got a bad feeling about this… 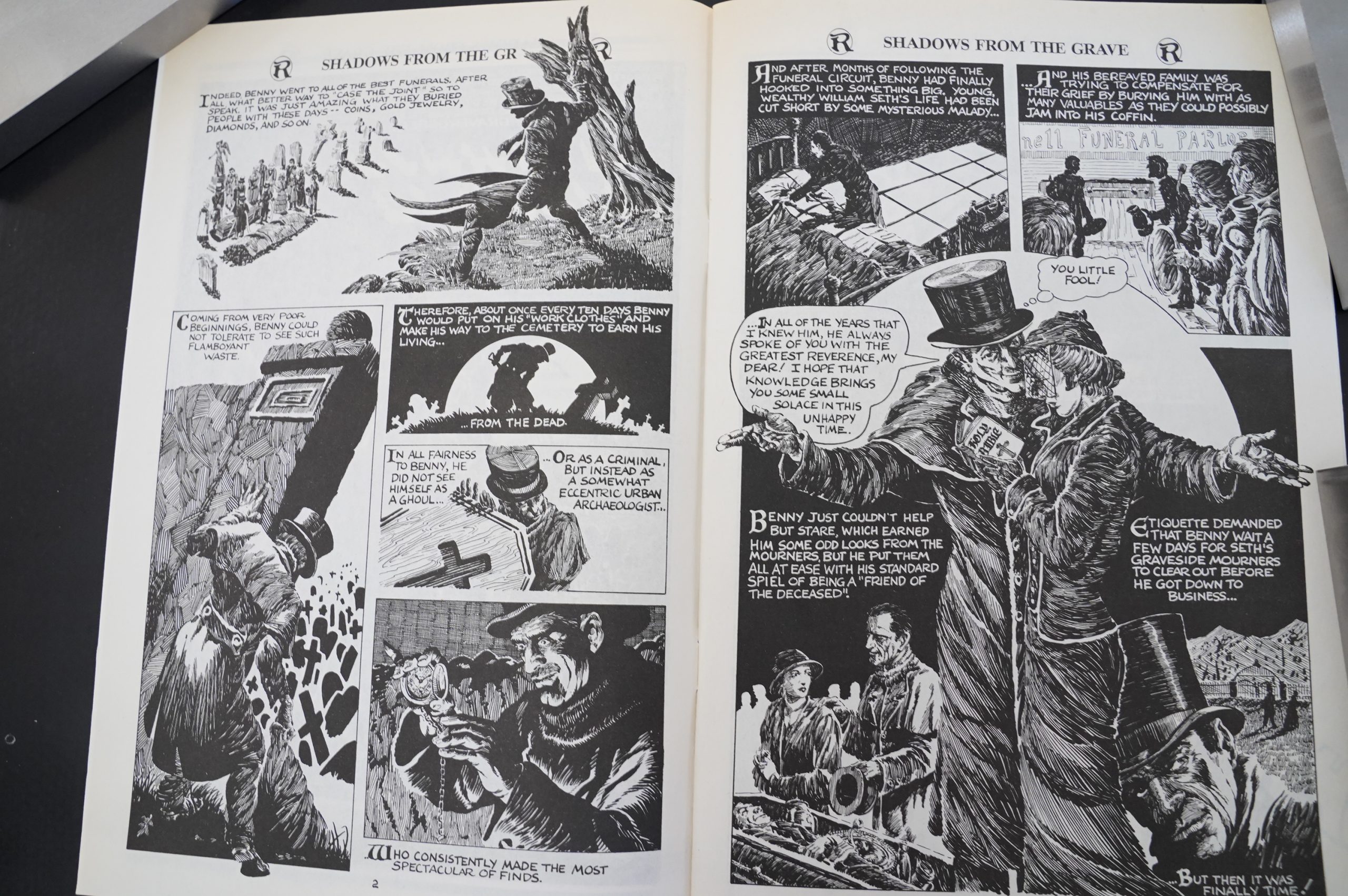 Well, OK, the artwork by the Day Brothers is pretty nicely rendered — very appropriate for the genre. But the writing is so leaden, and kinda… nonsensical? 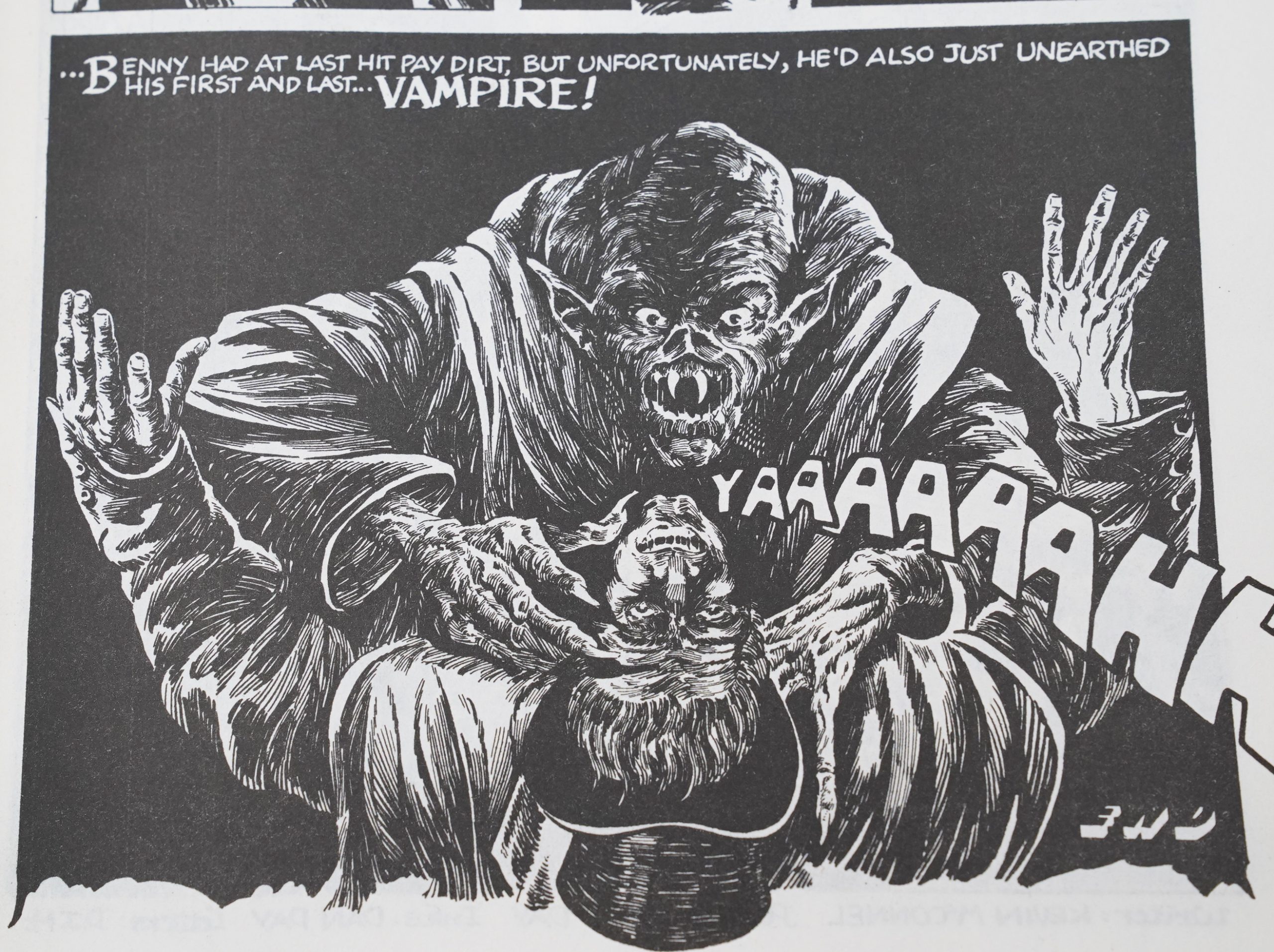 The stories come with a hokey O. Henry ending, which is very typical and all.

And while the inking here is kinda interesting, the figures and faces themselves seem kinda dashed off? 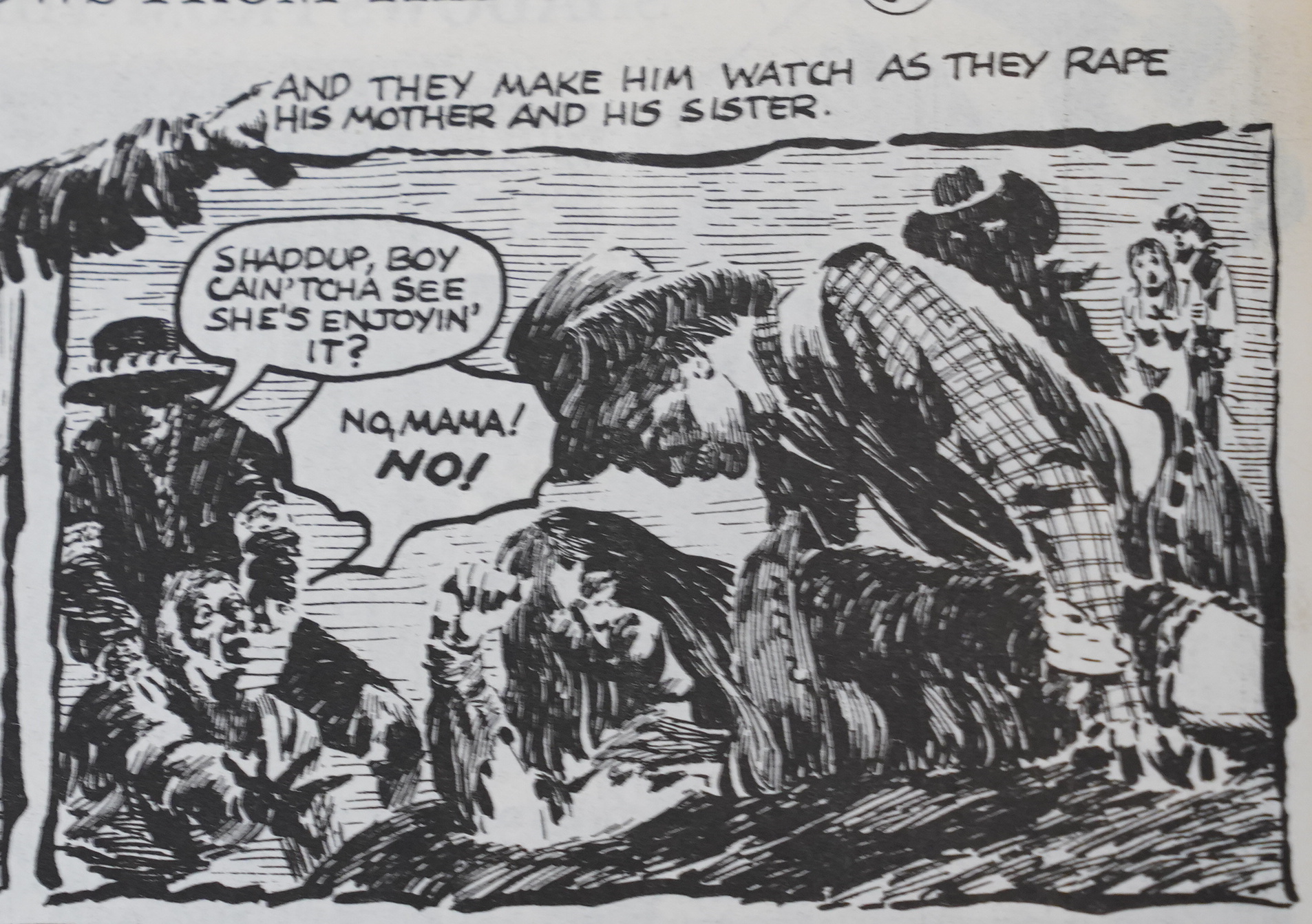 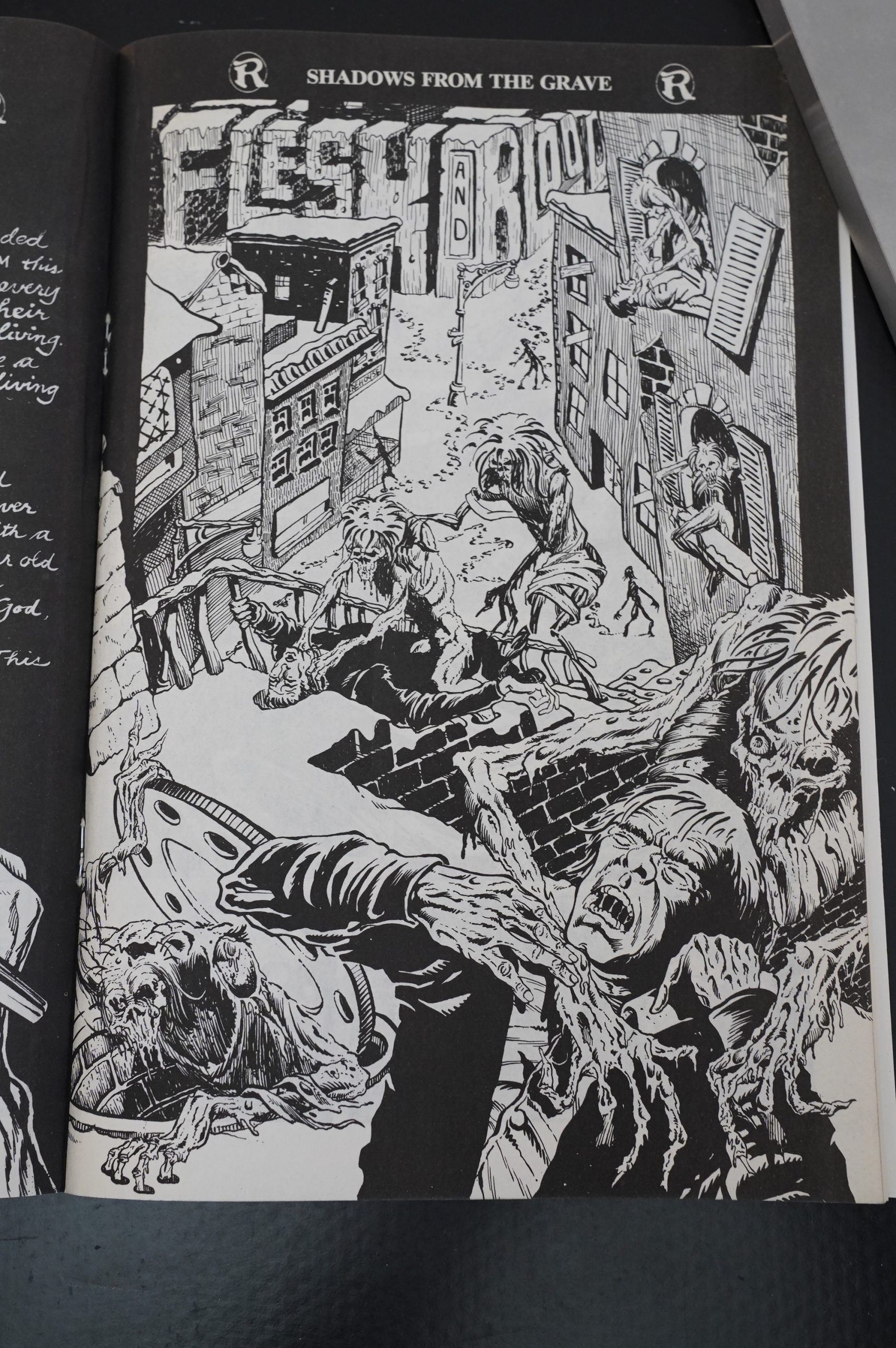 Hey, that’s a pretty nice layout. I mean, it’s really wonky, but it’s got an insane Eisner/Ingels mash-up feeling going, which is fun. 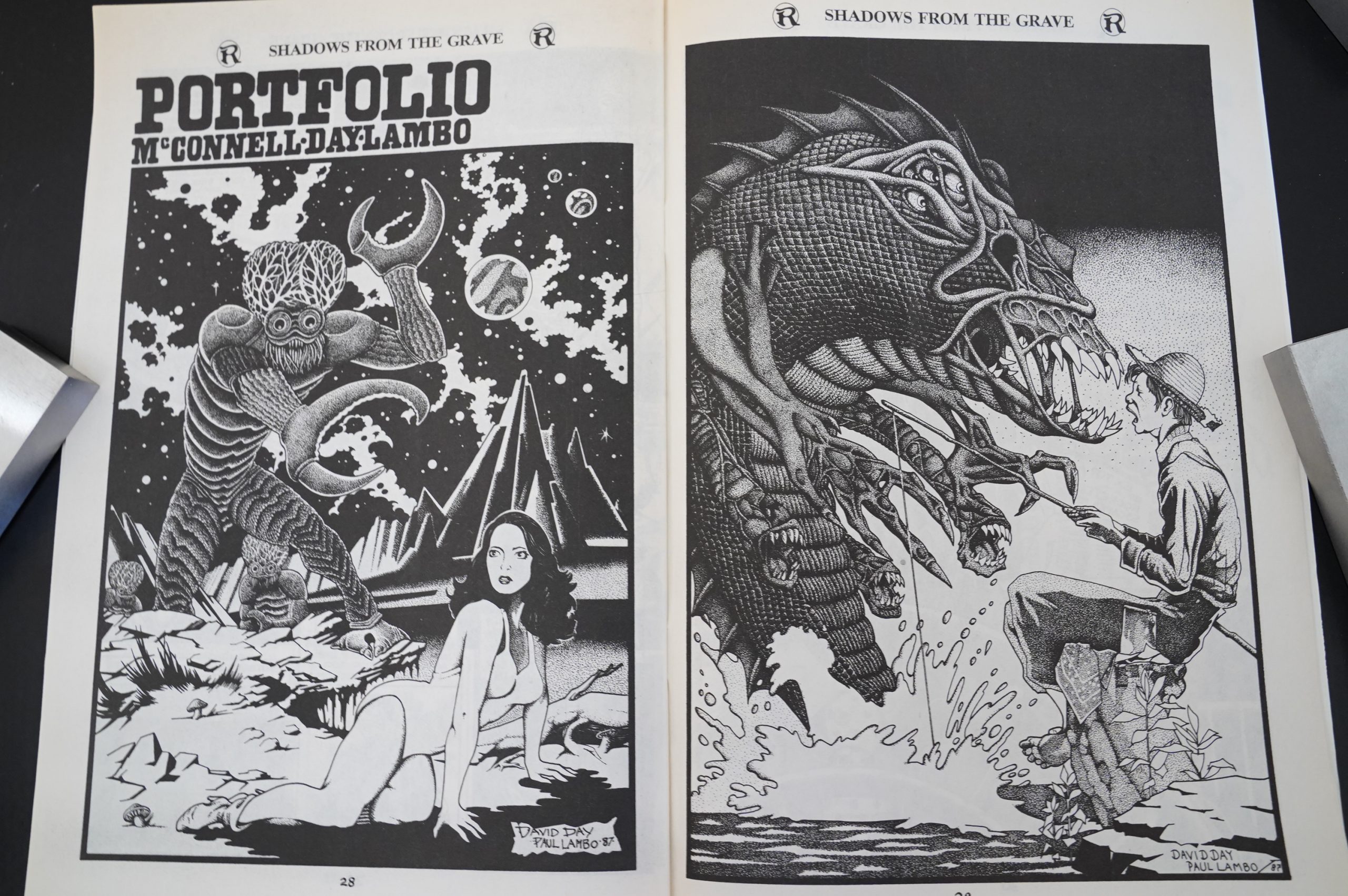 And then we get a portfolio (with inks by Paul Lambo). 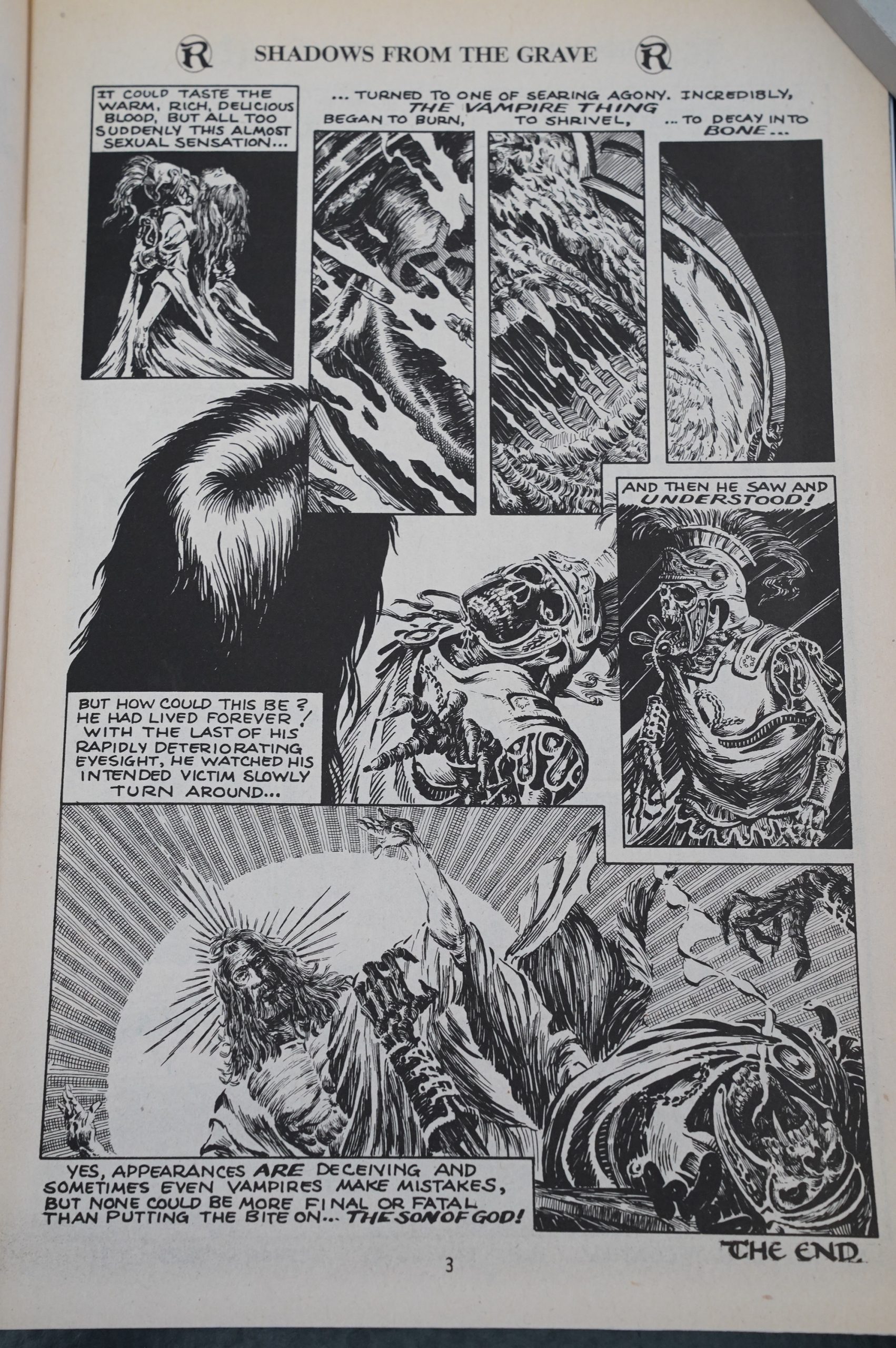 If anything, the second issue is even more tedious than the first one. A roman vampire drinking the blood of Jesus — hasn’t that been done a few times before? (Or perhaps after, and this is patient zero?) 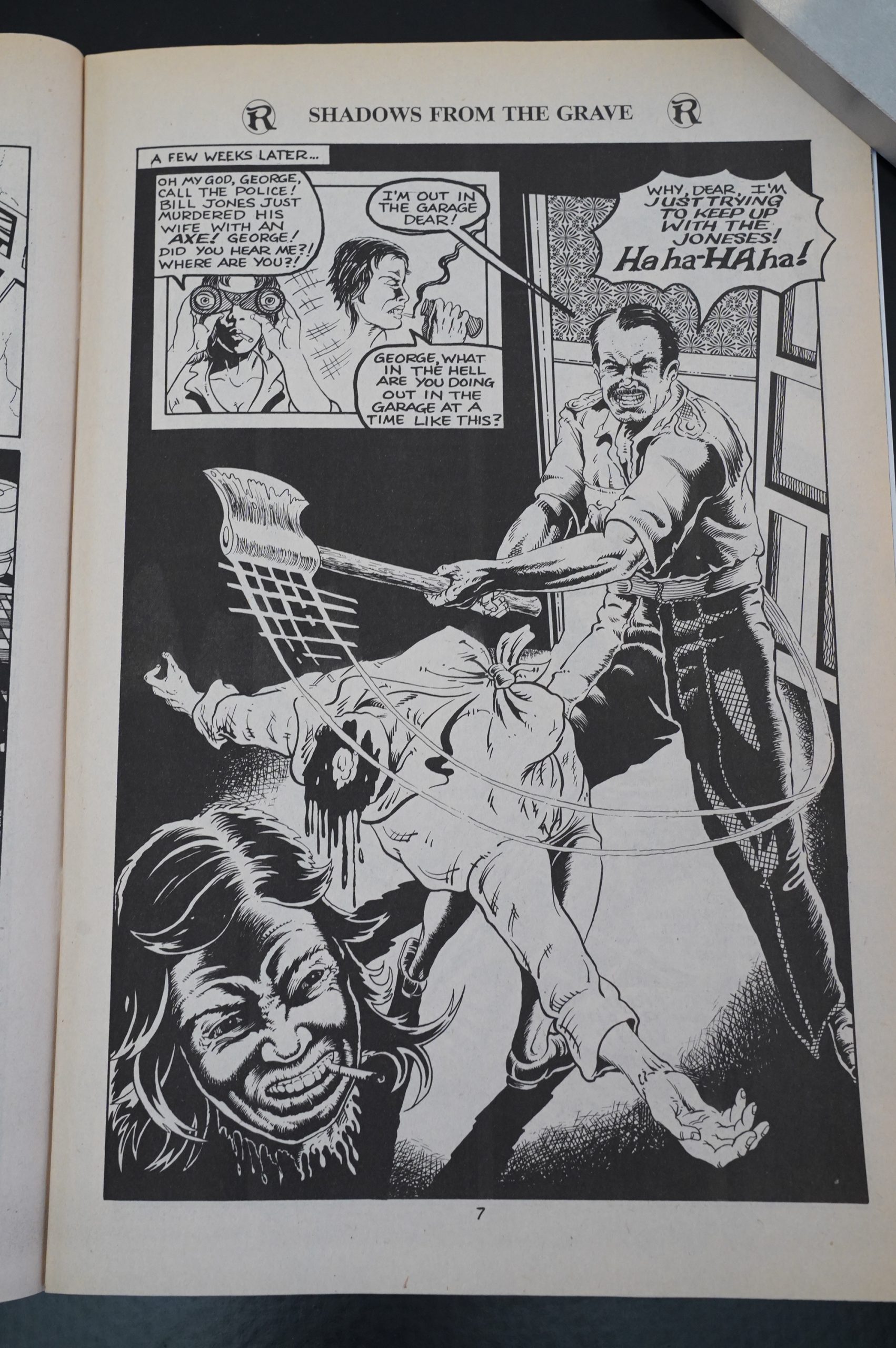 It’s funny because she’s a bitch, you see?

I wonder where these pieces were originally meant to be published? I’m assuming they weren’t made for this series, but (as usual) there’s no contextualisation of the stories whatsoever in the comic. 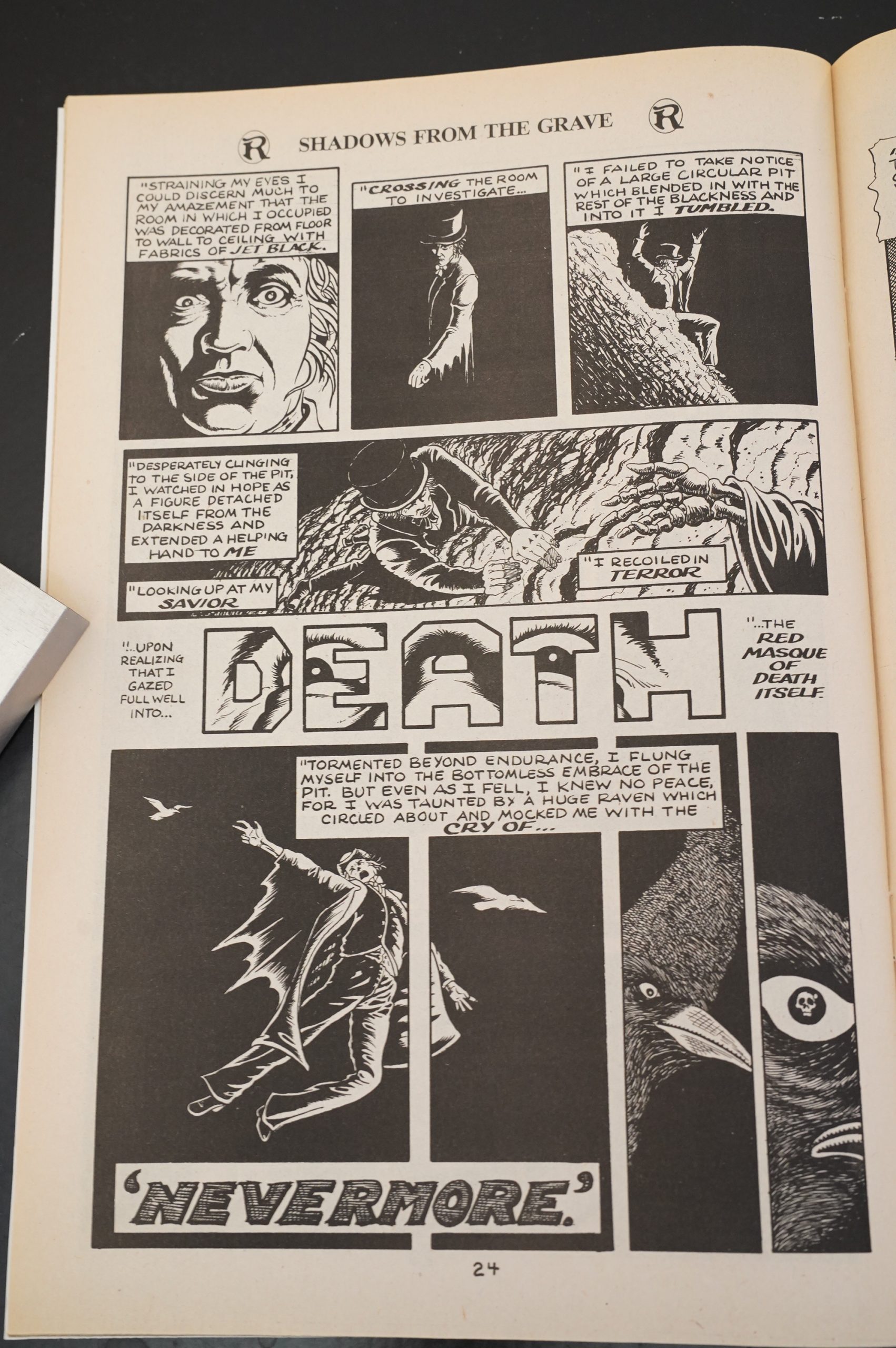 The final story is almost kind of interesting — they’re mashing up a whole bunch of Poe stuff? I think? I’m no expert.

So what is this? Time for some internet investigation!

Originally titled Flesh and Blood (the
title was changed when Jan Strnad
announced his Flesh and Bones book
starring Dalgoda), this two-issue mini-
series will feature three horror stories in
each issue. Two of the stories will be
continued from one issue to the next,
while the others (“Epitaph” and “A
Grave Mistake”) wilt be self-contained.
The first story, “Flesh and Blood,” is
a psychological horror story set in the
present time. The second story, “The
Vicious Circle,” is a Dan Day piece set
in Salem, Massachusetts, Russia, and
Mexico. This story spans the time
period from 1860 to 1932, Much of this
psychological thriller is told via
flashbacks.
We were assured by writer Kevin Mc-
Connell (a formerAH editor) that these
stories are “No-nonsense, vitriolic
horror stories.” He further described
them as “Scary and disturbing,” and
“definitely not for kids.” McConnell cited
H.P Lovecraft and Stephen King among
his influences and stated that the Days’
visual approach to storytelling will only
enhance the tales.
If the response to these initial twin
issues is as good as Kevin hopes, he
mentioned the possibility of continuing
the titles as a regular series. “Itm a big
horror fan, and there aren’t really a lot
of horror books on the stands today.
Hopefully, the fans will like this book,
because I could generate a lot of horror
stories.”
The books will feature full-color
painted covers by David and Dan Day.

So these aren’t reprints from a 70s fanzine or anything!?

Shadows From the Grave (Rene-
gade) is a two-issue mini-series
featuring “horror in the tradition of
EC and the Warren Magazines: ‘
written by erstwhile Amazing
Heroes editor KEVIN McCON-
NELL and drawn by DAVID DAY
and DAN DAY.

Oh! It’s written by a critic… no wonder… I’ve googled a bit, and he doesn’t seem to have written any other comics? It’s not a trivial name to google for, though, so I may be missing something.

It looks like some of these stories may have been reprinted in one of the many Day Brothers reprint projects.