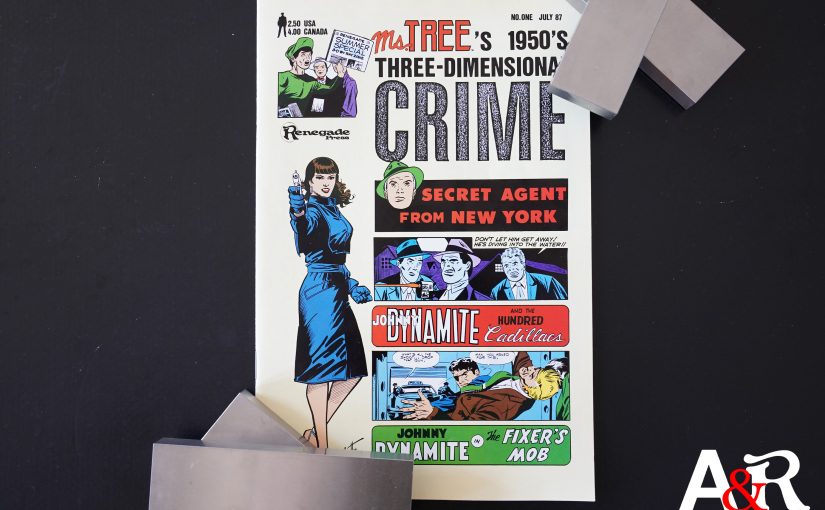 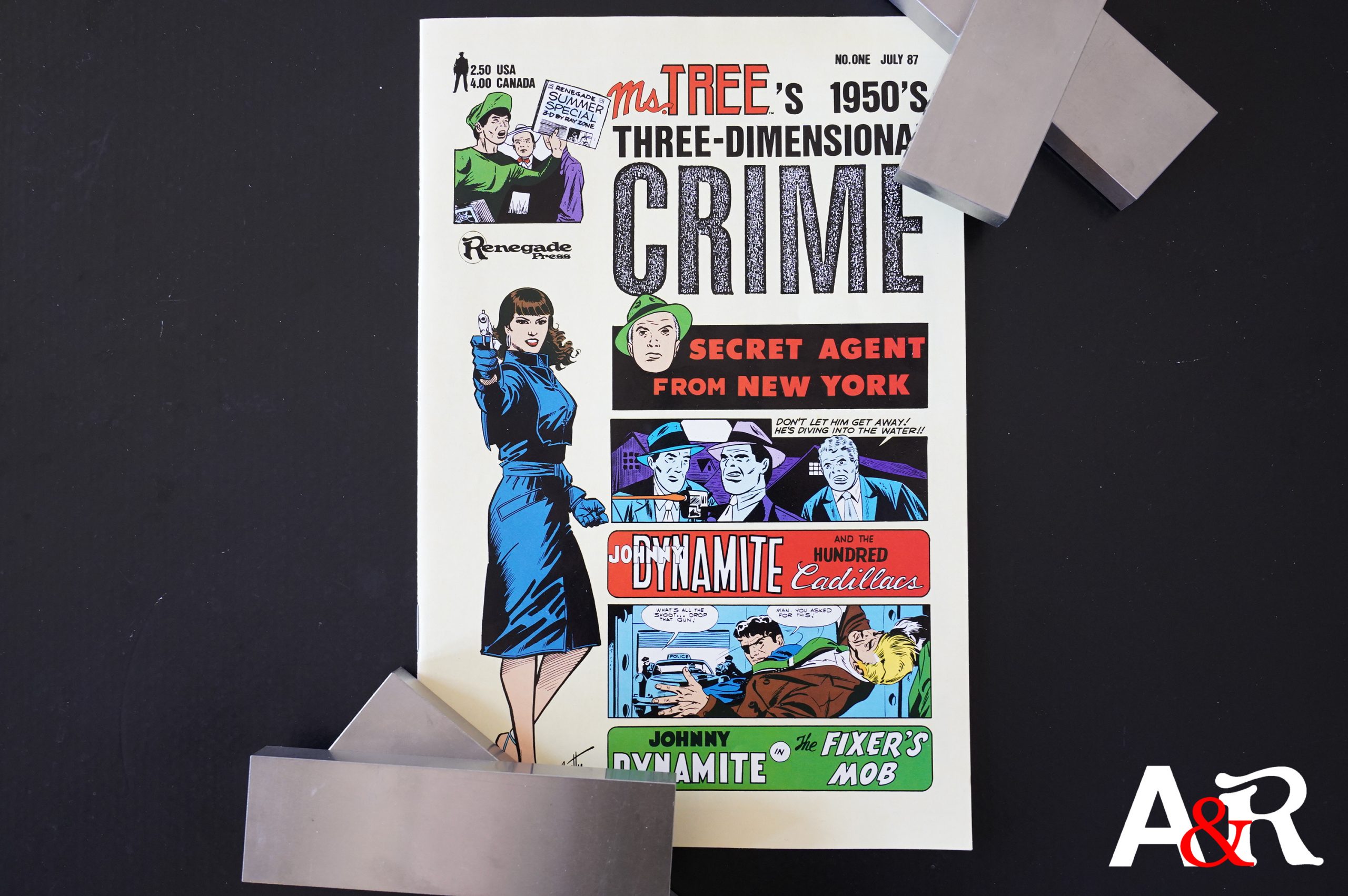 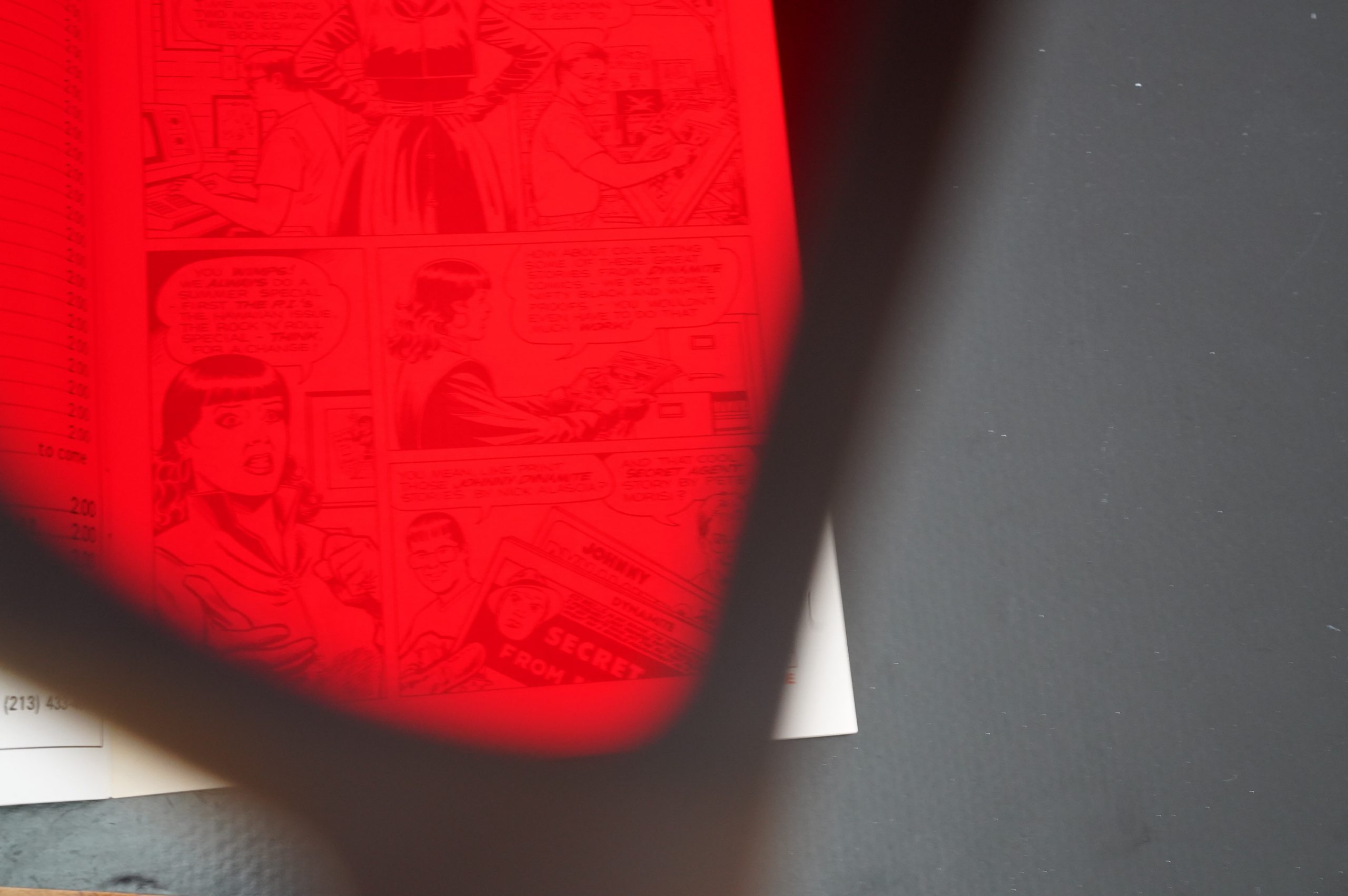 Oops. That didn’t turn out so good.

But instead of that, Max Allan Collins and Terry Beatty explain that they just don’t have the time to do a special, so instead we’re getting reprints of Johnny Dynamite (which they had bought the rights for to use as padding I mean back up strips in Ms. Tree).

I don’t want to go all technical on you, dead reader, but Johnny Dynamite (to use a technical term) “sucks”. It’s unreadable pap. Even as 50s crime comics go. And repurposing old comics for 3D usually doesn’t work well — comics made for 3D have a lot less problems with threedeeisating the eye (sorry again for being technical), so we have here the (tech. term alert) “double suckitude”. 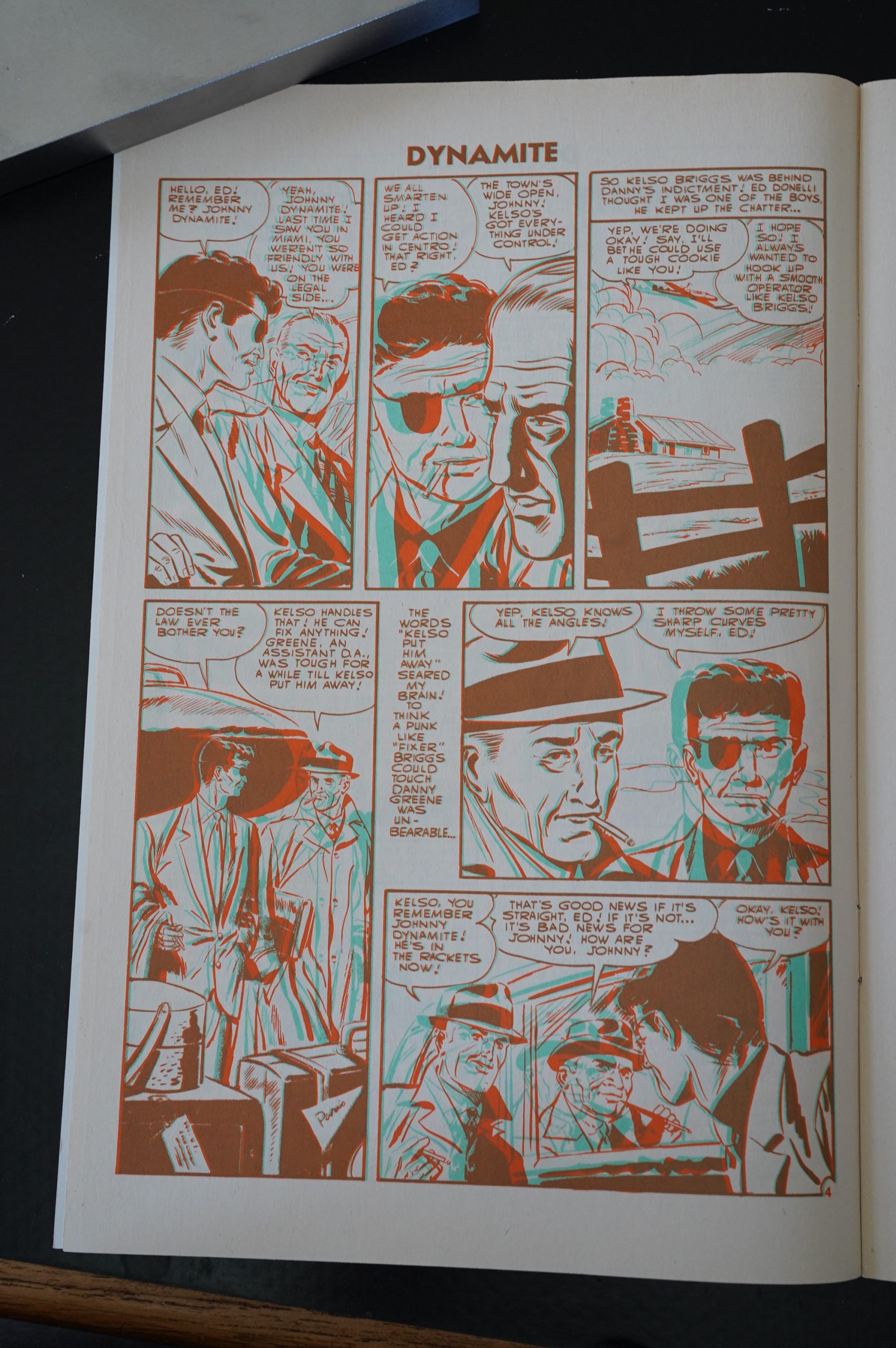 There’s two Johnny Dynamite stories here, and I can’t really tell you what happened in them, because I lost interest after a couple pages. The artwork’s not that bad, though. 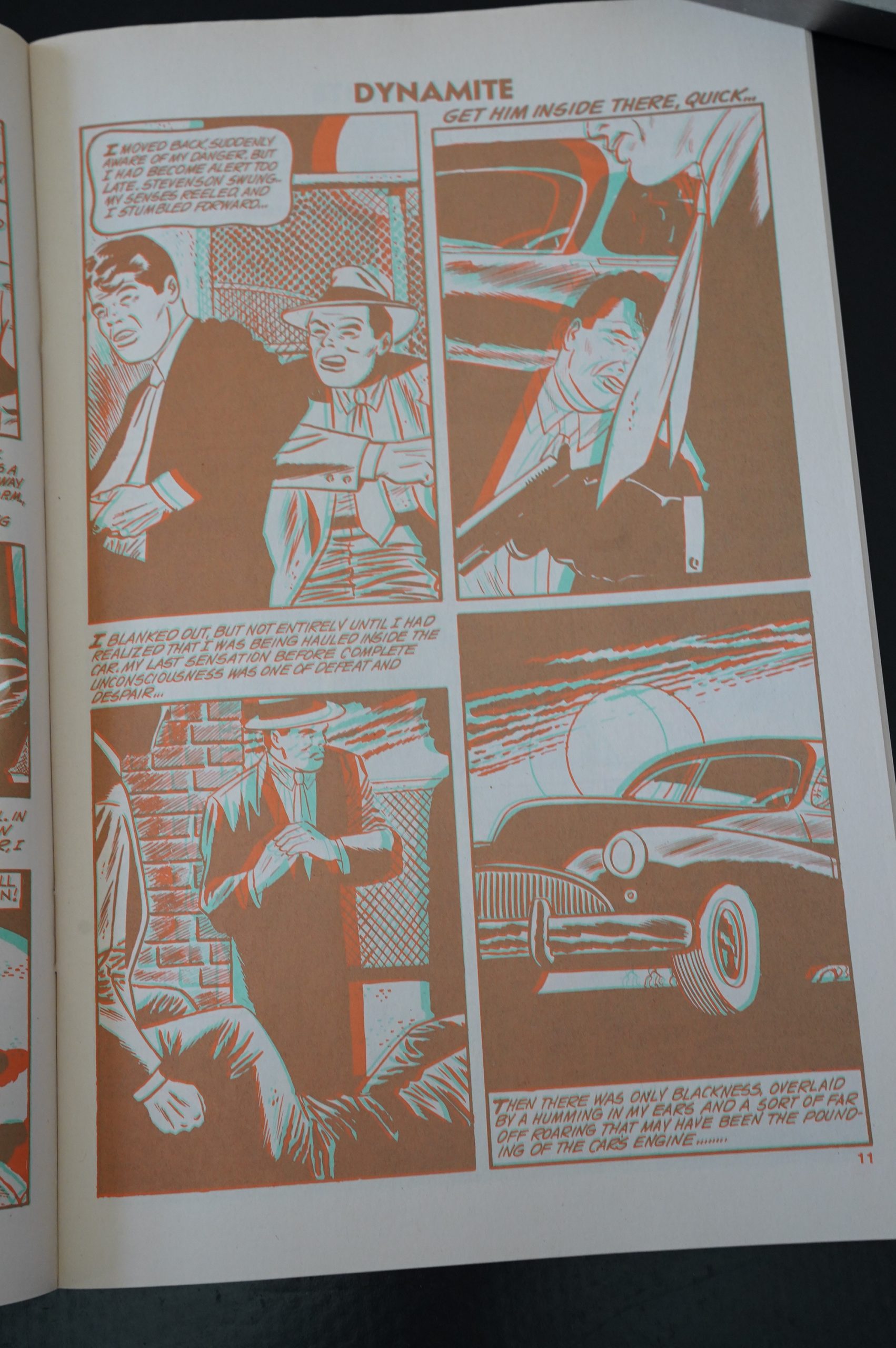 The Secret Agent story has even more rough charm in the artwork, but again I didn’t really find the story very interesting. The 3D-ification here works better, but it’s nothing spectacular. 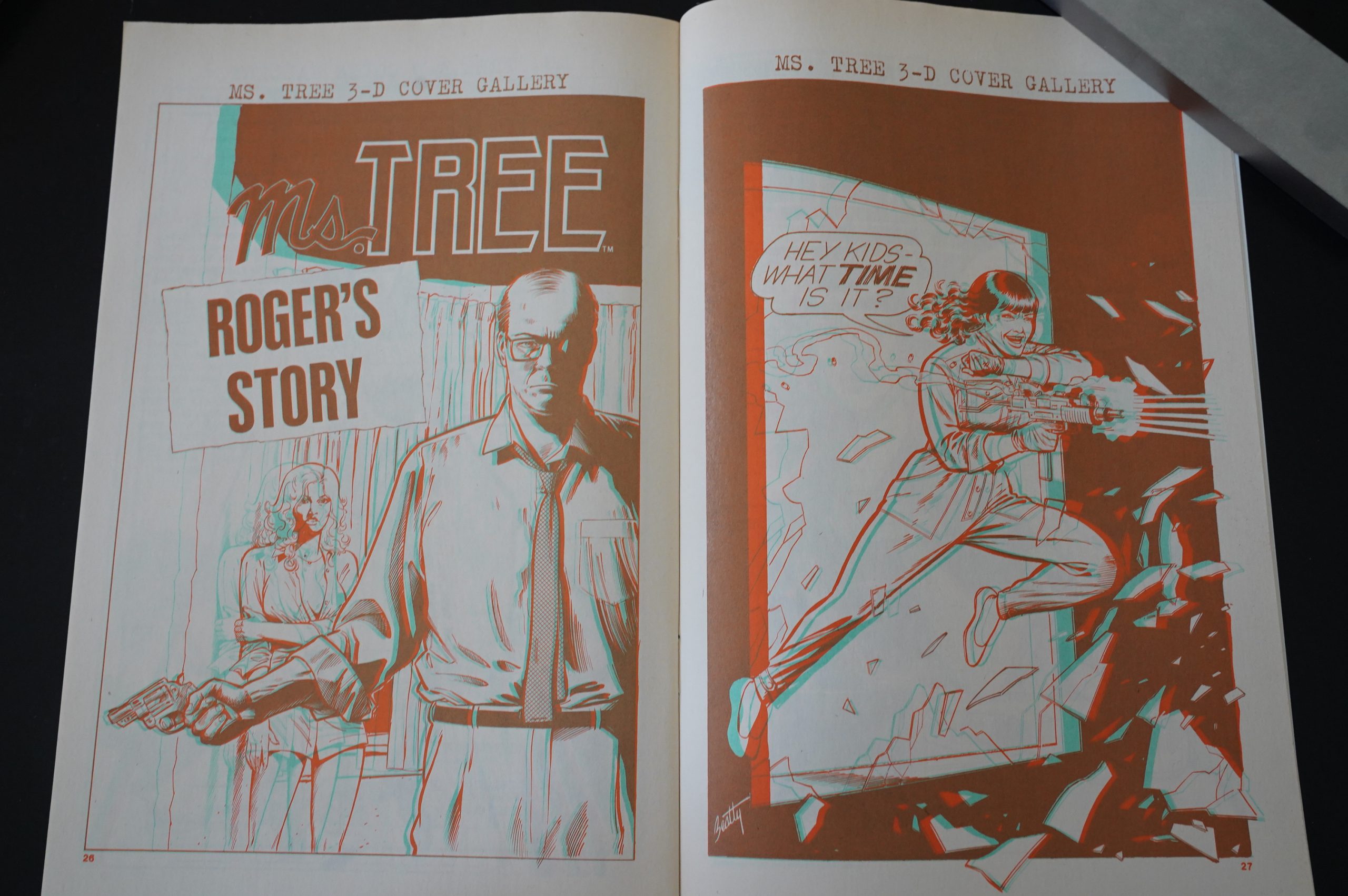 And then we have a whole gallery of Ray Zone-processed old Ms. Tree covers.

Ever get the feeling you’ve been cheated? The small comic book swindle.