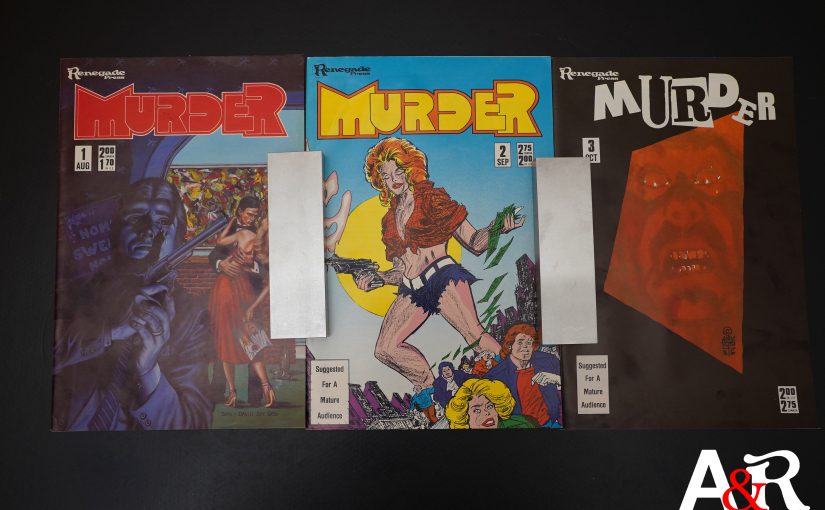 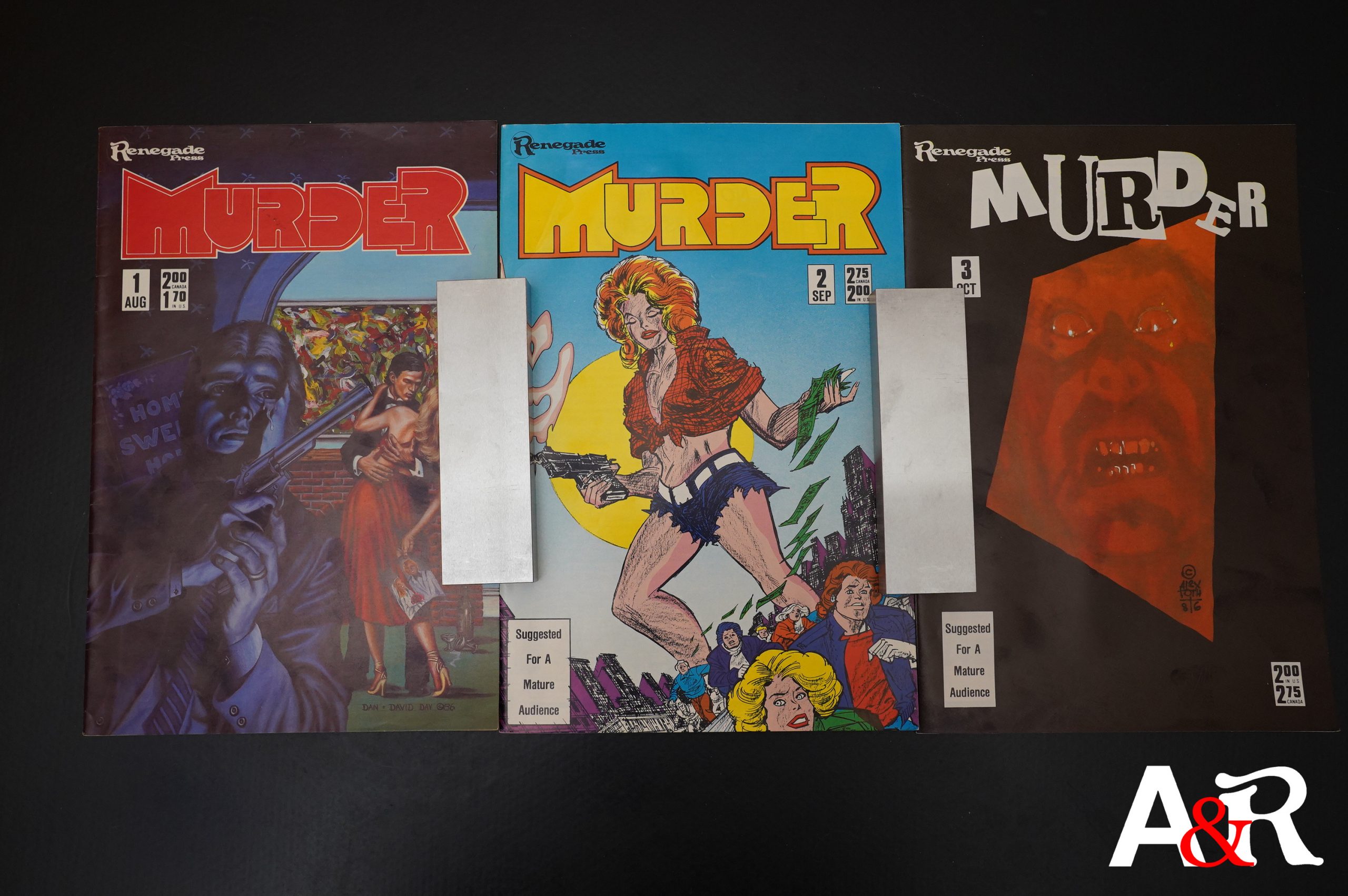 Another three months, another anthology from Robin Snyder. The first ones were centred on various Ditko bits that he apparently had lying around, but this one doesn’t mention Ditko at all on the cover. Let’s have a look at how the first issue starts: 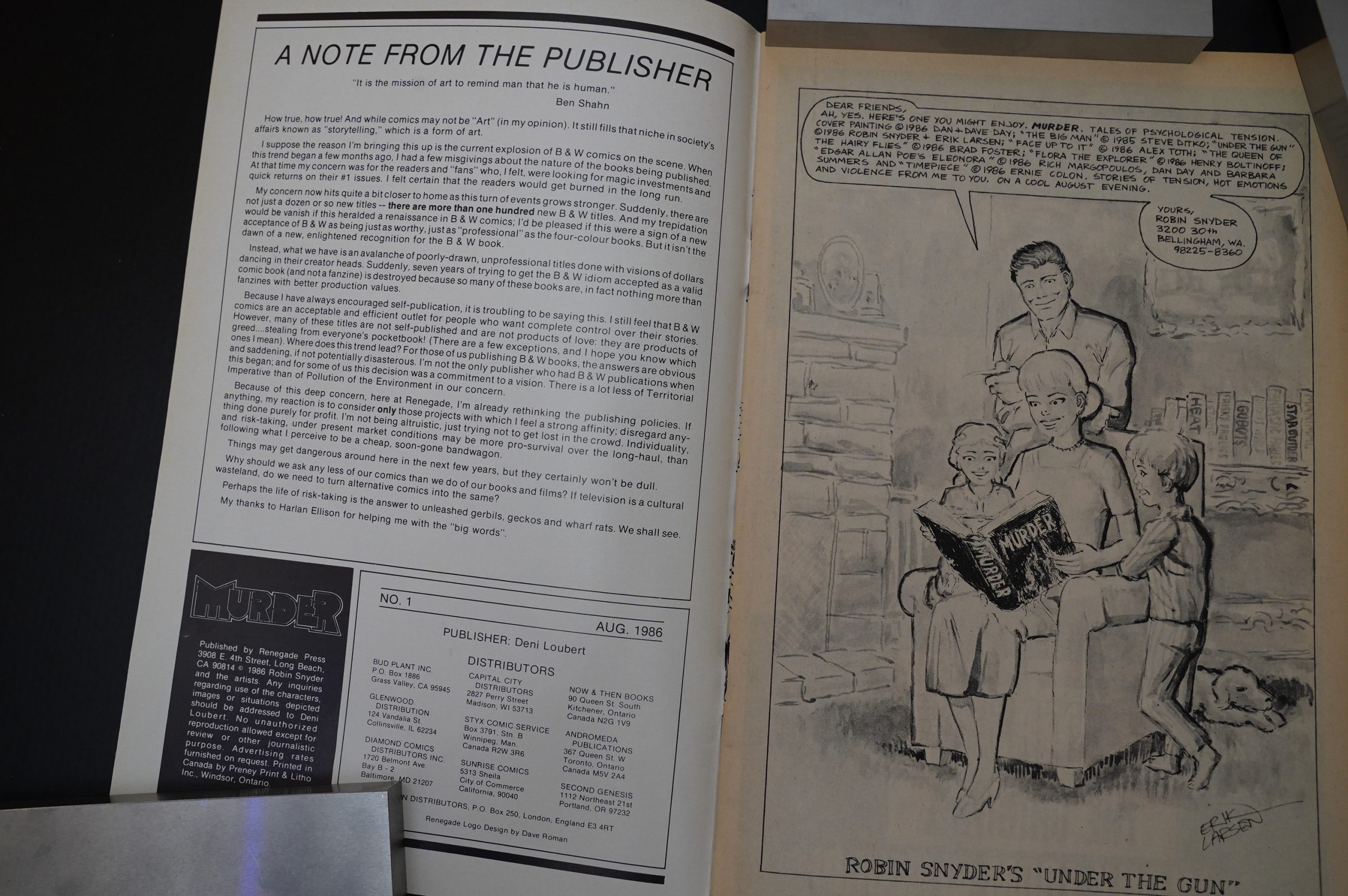 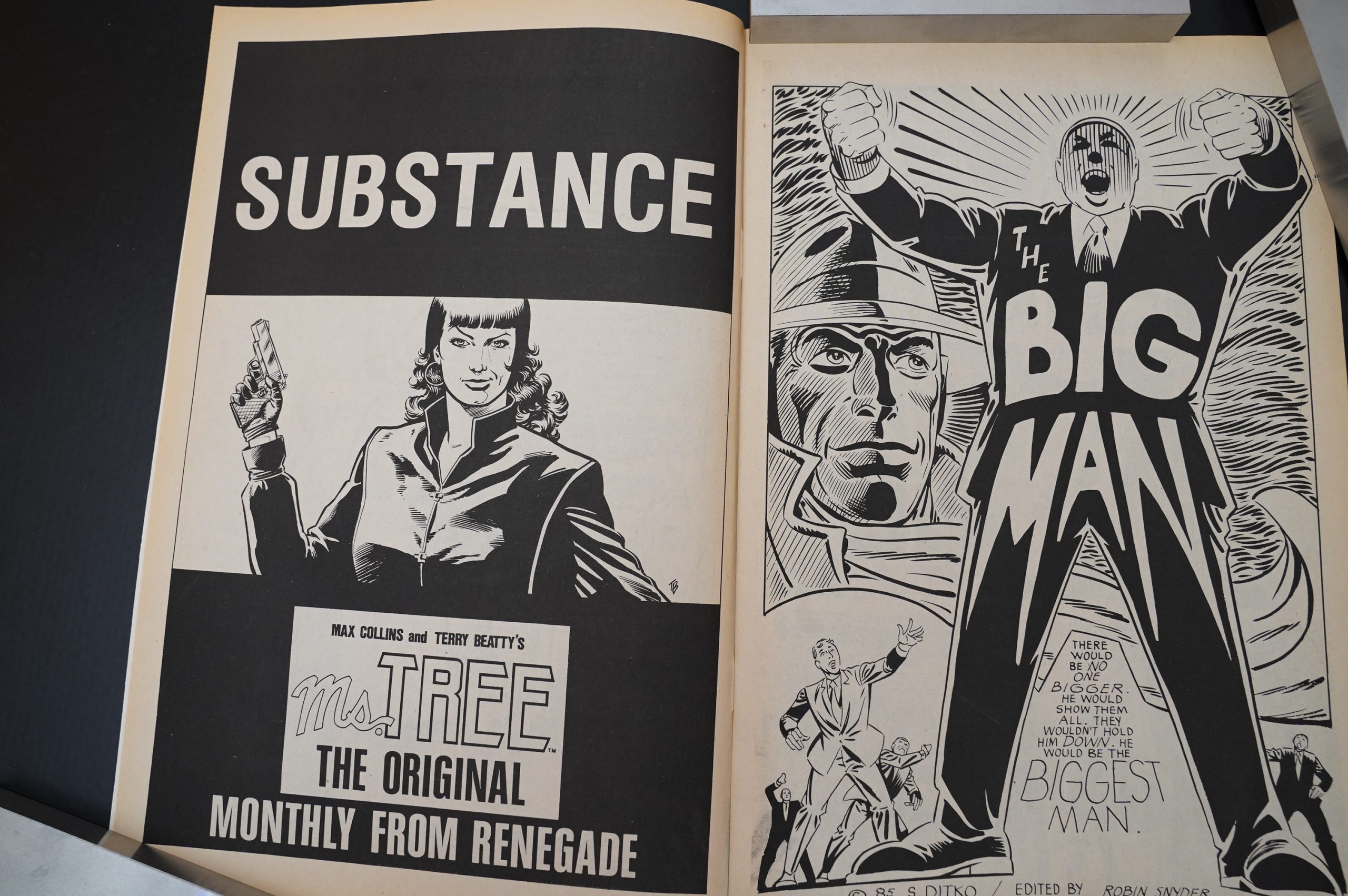 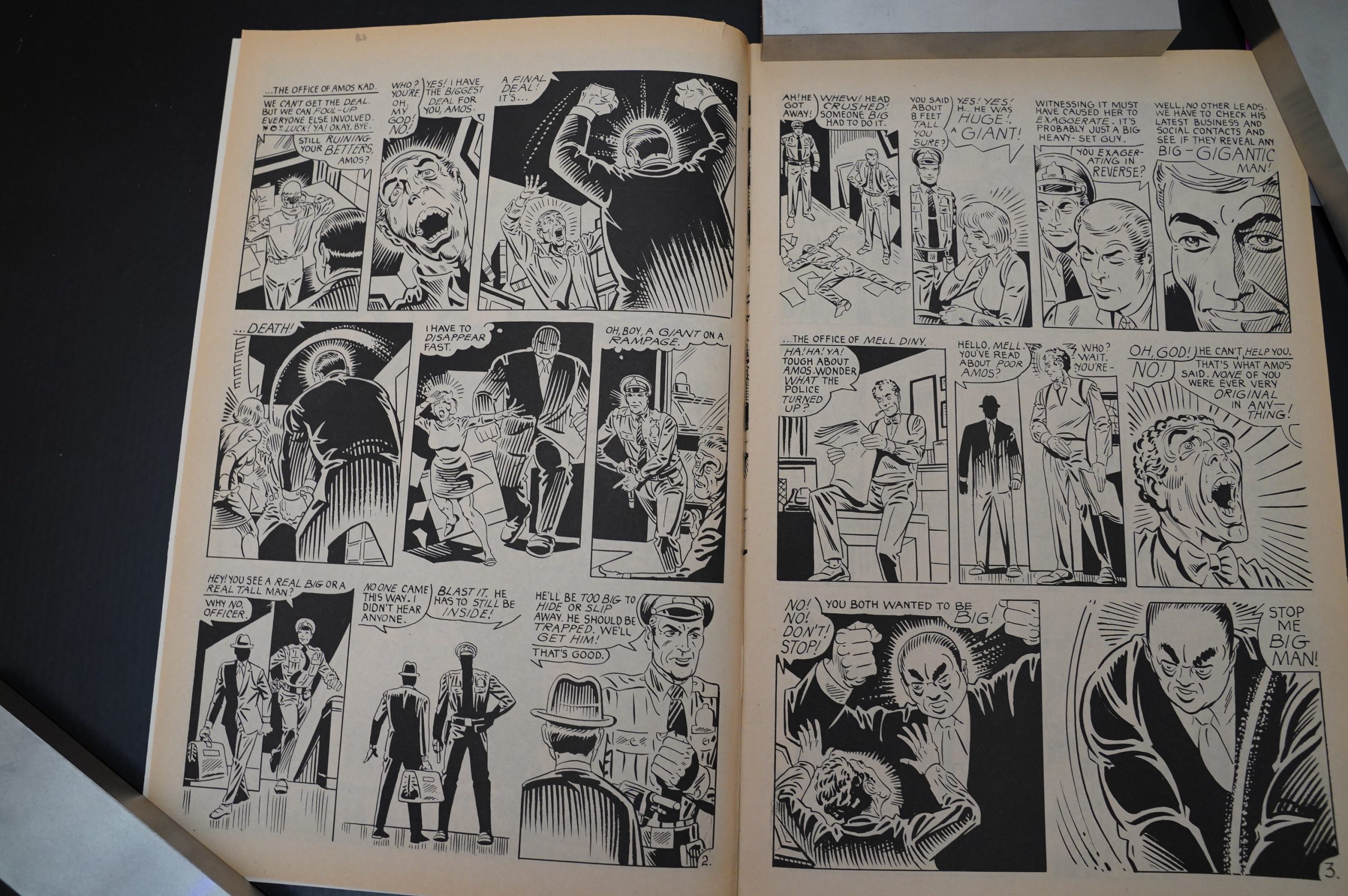 Well, OK, there’s more Ditko, but that’s a strange way to start off an anthology. First an indicia-like page (with artwork by Erik Larsen), and then an in-house ad (presumably to make the Ditko story start on the right-hand page), and then a splash page… I mean, it’s an odd way to entice somebody browsing the racks of a comics store to buy your book. 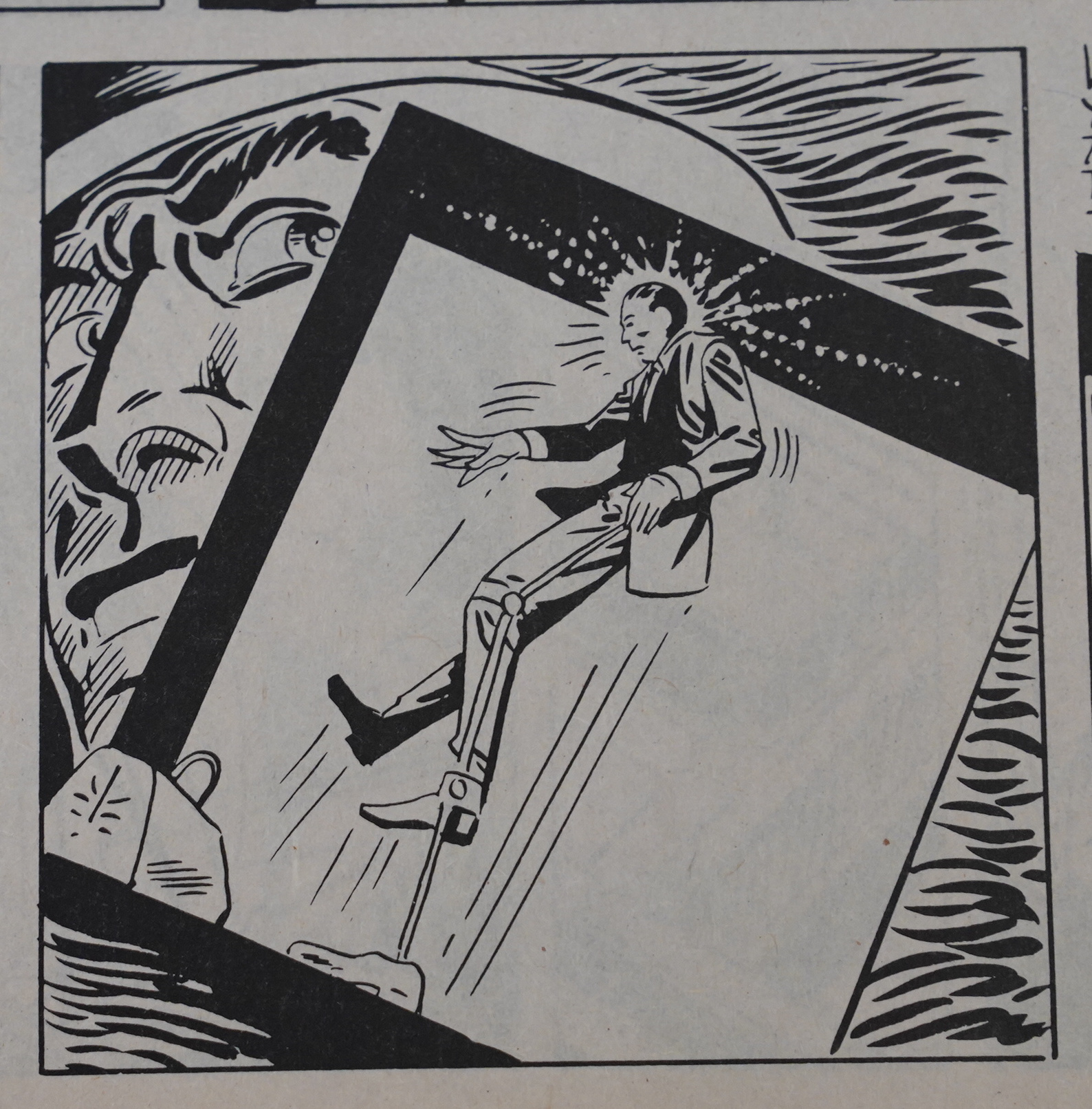 That’s the Mysterious Traveller looking on to the ironic denouement of this story, isn’t it? So perhaps this was originally destined for a Carlton comic (before Carlton went bust)?

It’s a pretty loopy story, even as the Traveller stories go. Which is nice. 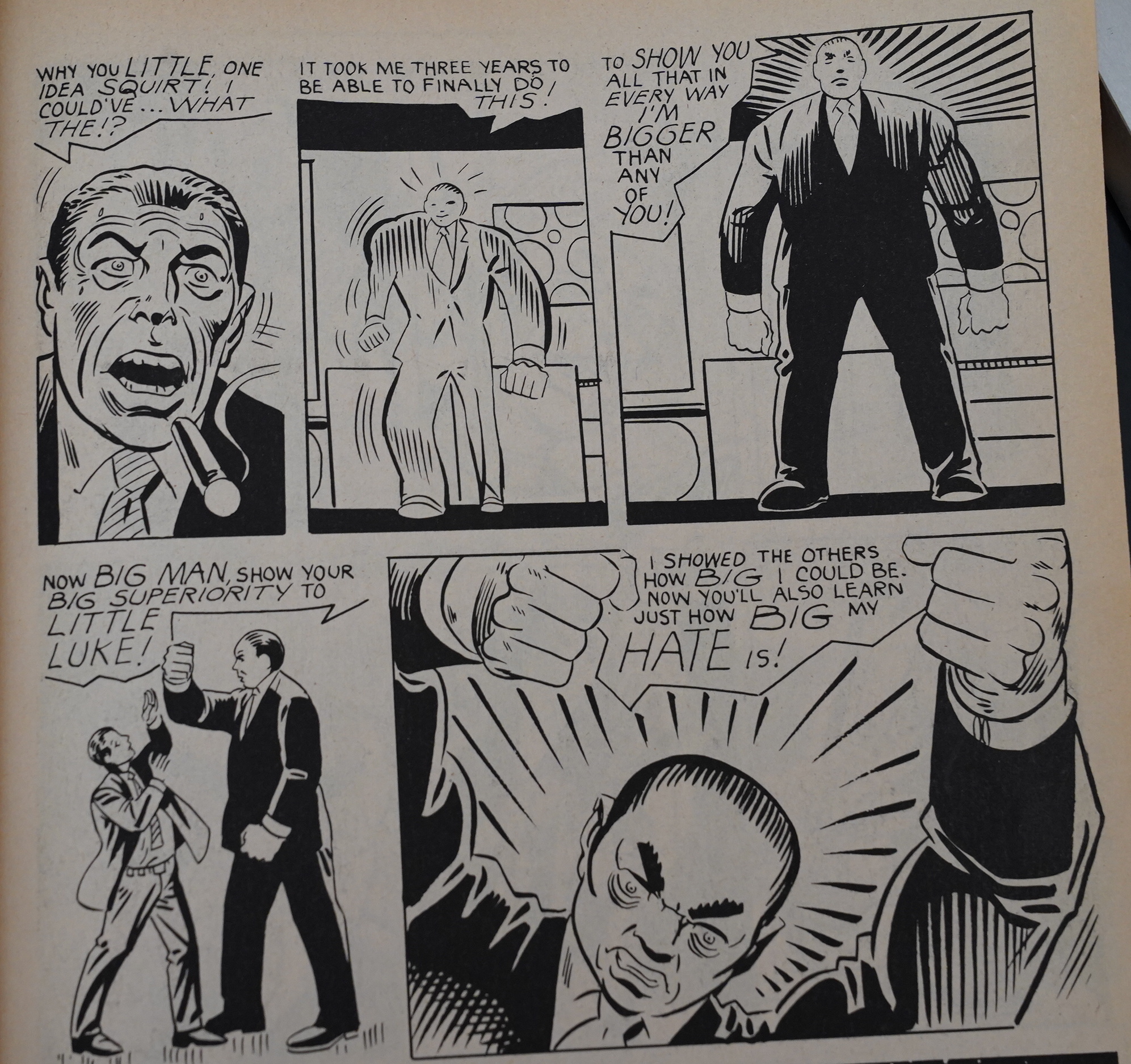 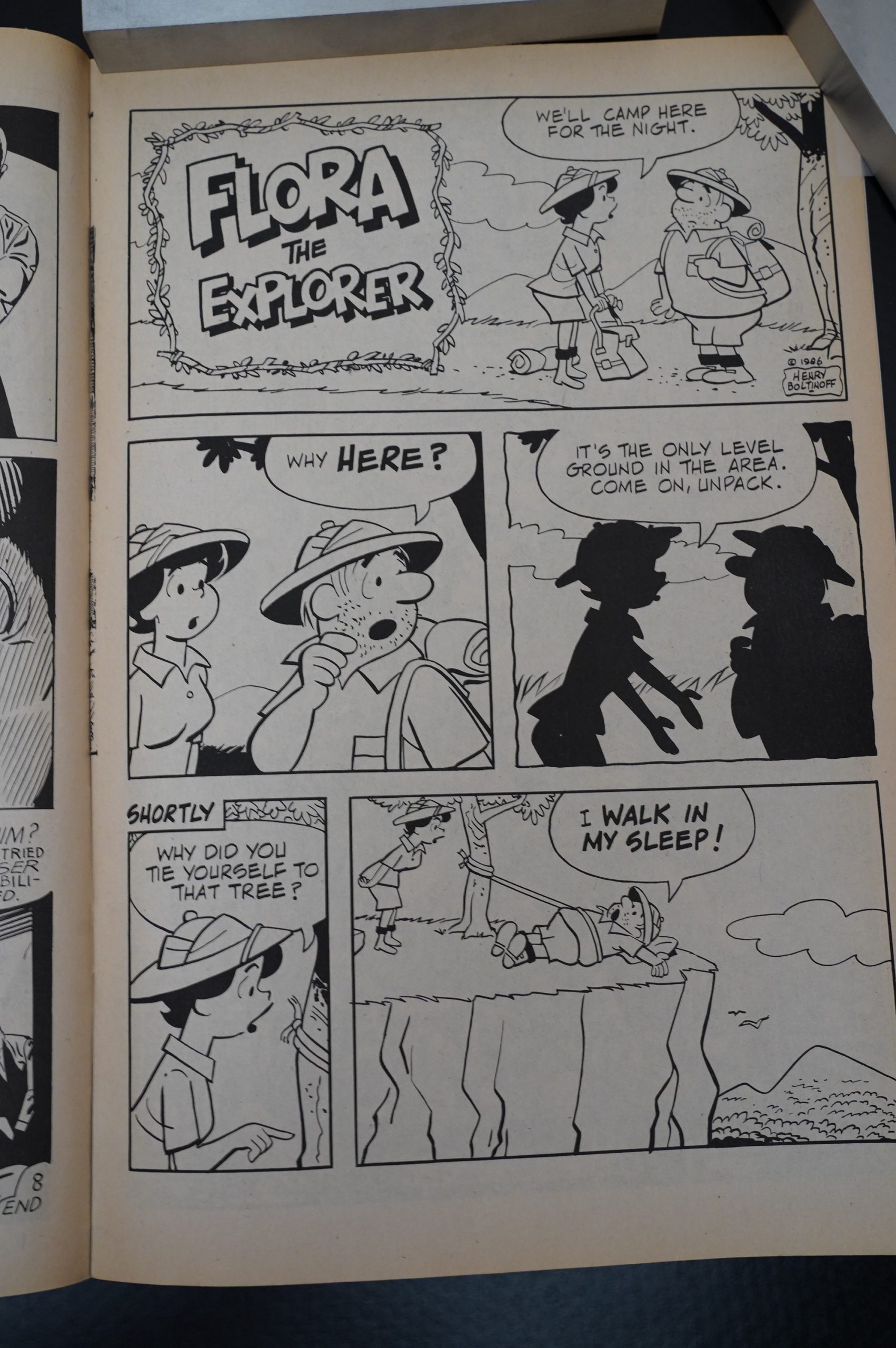 The title of this anthology is “Murder”, so you’d think there’d be some thematic unity here, but — it’s just the normal mishmash of random stuff that Snyder had access to. So you get one almost surreally unfunny Henry Boltinoff page per issue… 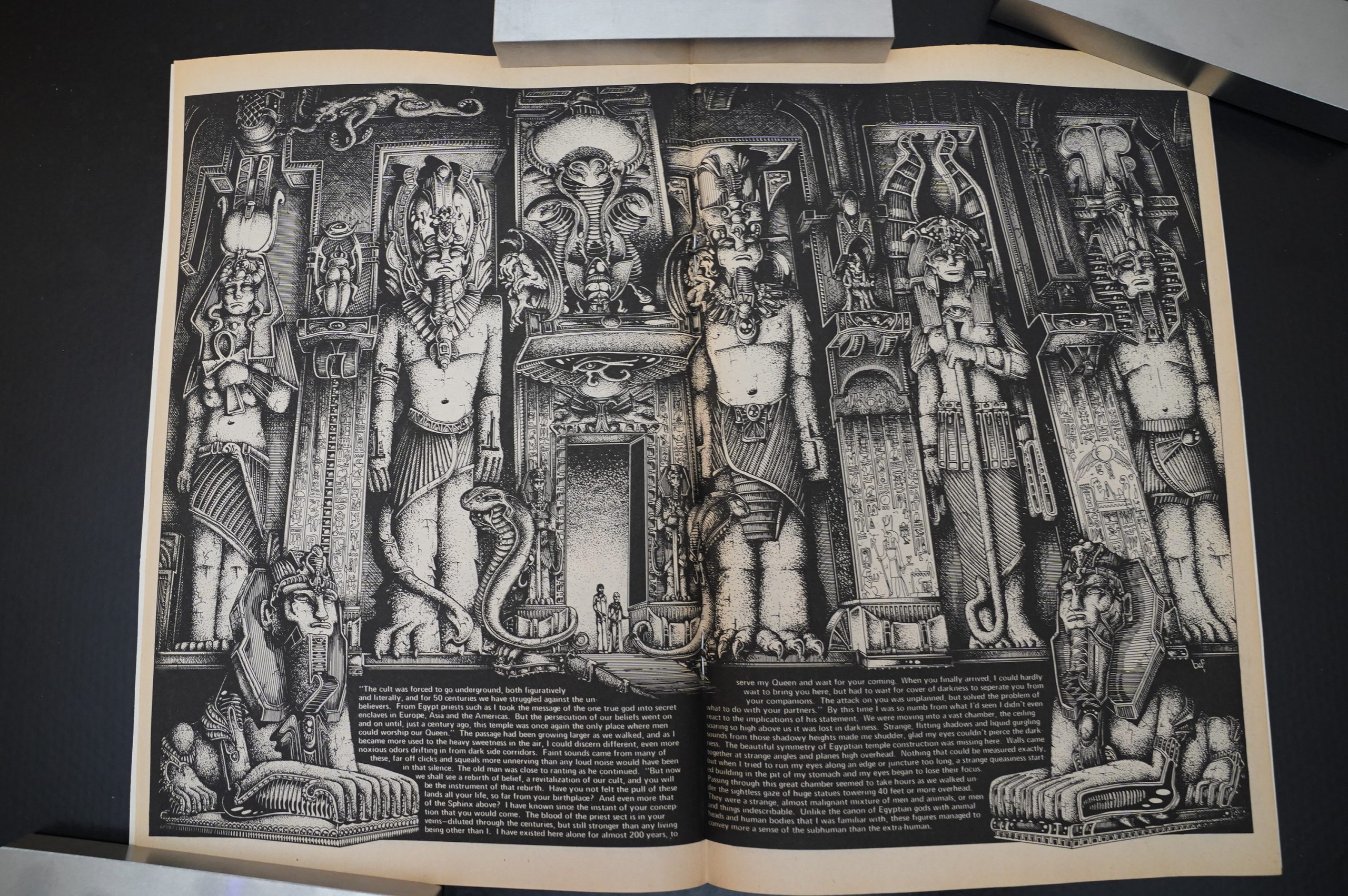 … and the longest piece in the issue is by Brad Foster (!) of mini-comics fame… but it’s an illustrated text piece about some mummies and stuff. I have to admit to bailing before I got halfway through. But the artwork’s nice. 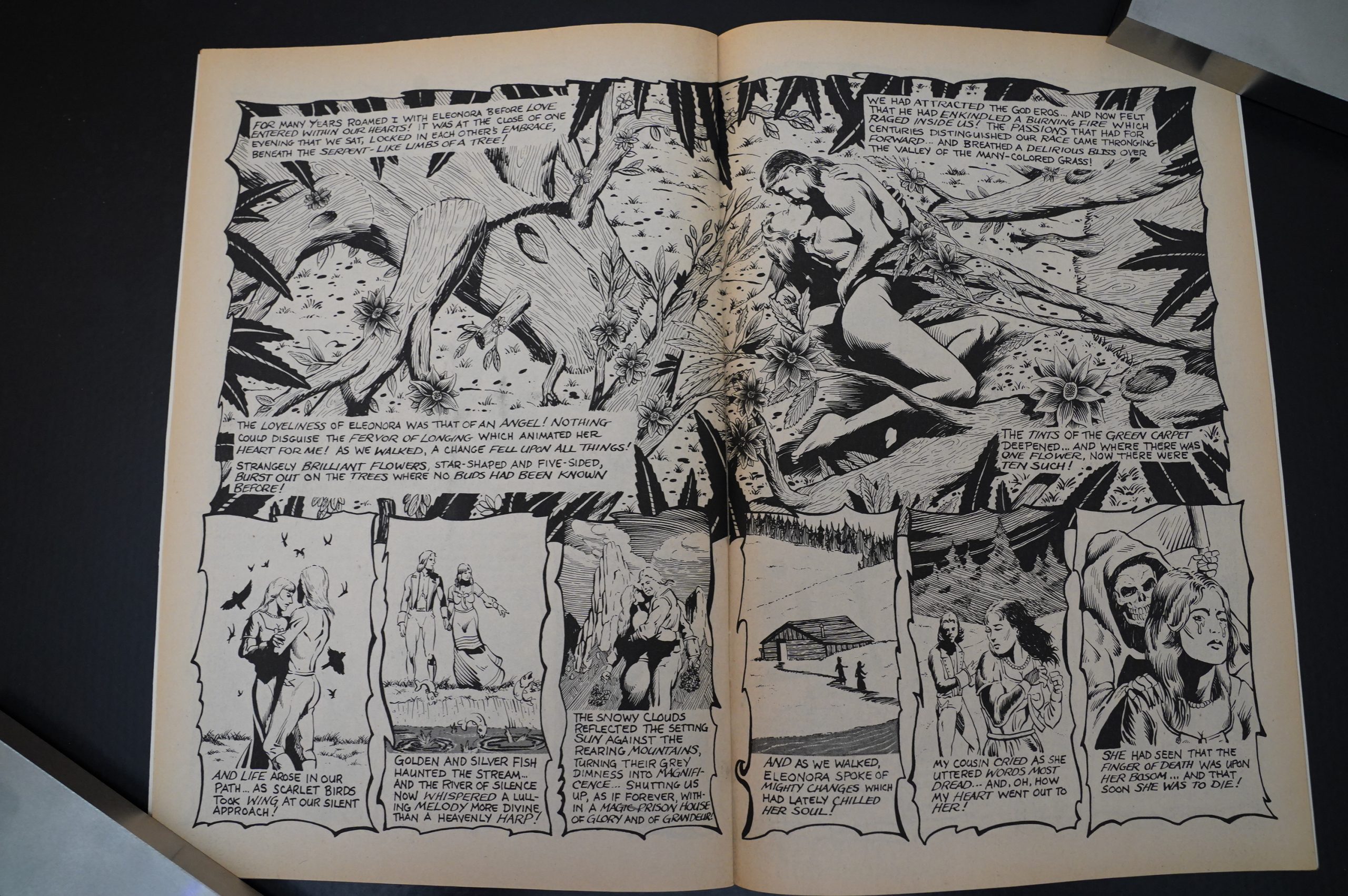 All three issues have an adaptation of an Edgar Allen Poe story, all adapted by Rich Margopoulos and artwork by Dan Day… but with different inkers/finishers. So here we have Bark Summers, and … it looks a bit wonky, doesn’t it? 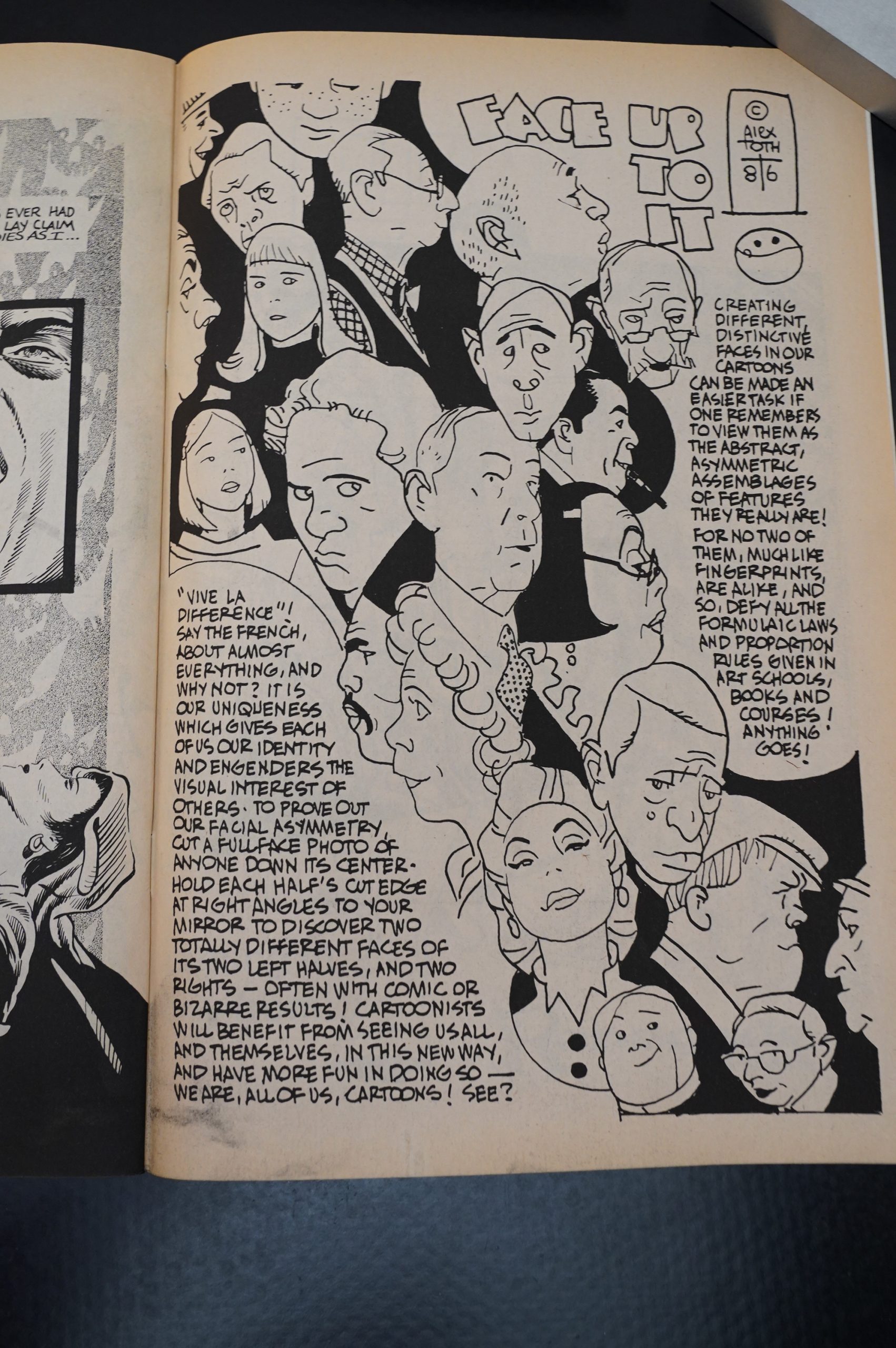 This is so random! Sudden page by Alex Toth about how people have unsymmetrical faces! 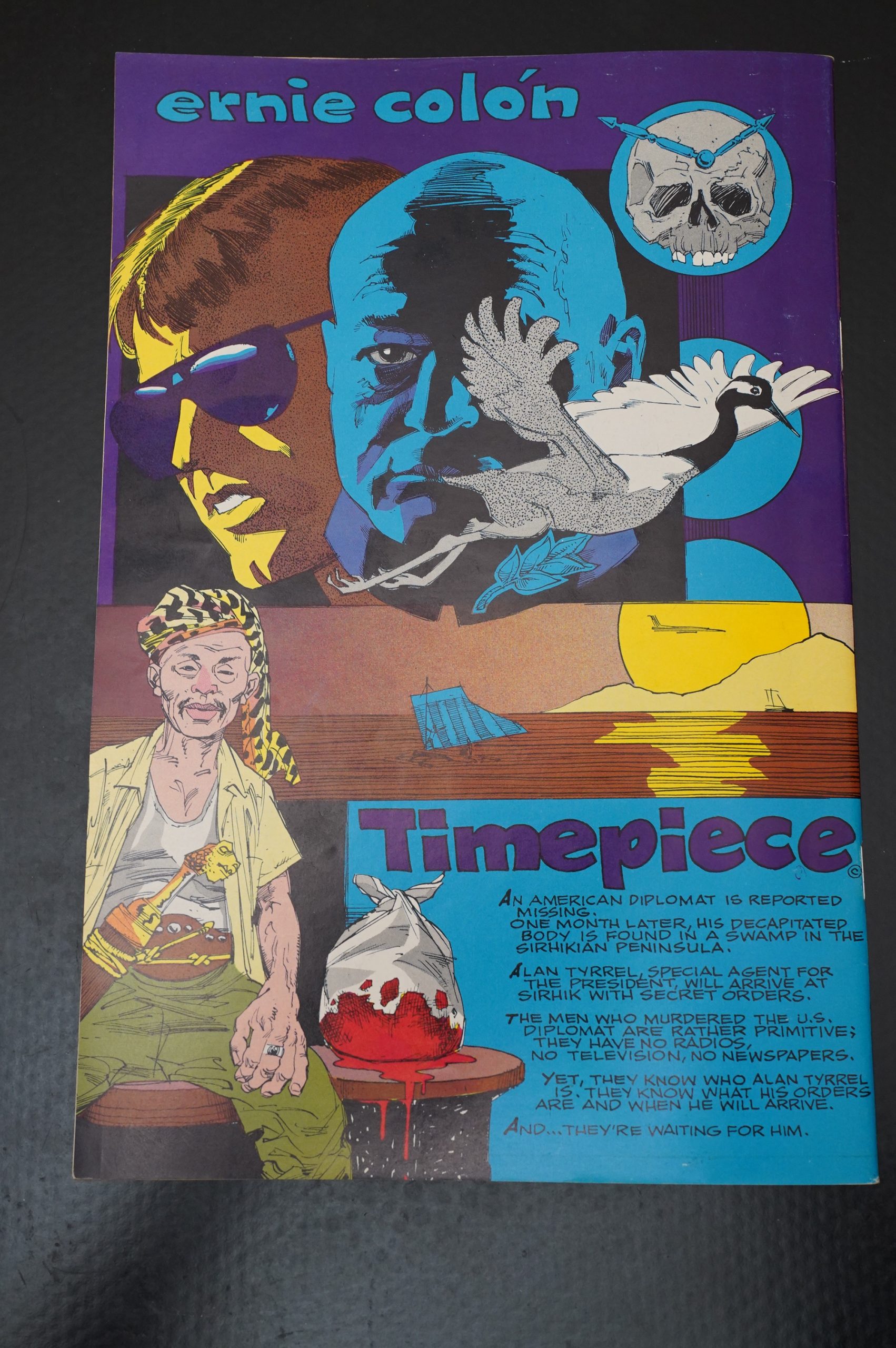 And then this back cover page by Ernie Colón, which…. is it an ad for something? I assumed it was a preview of something in the next issue, but nope.

It’s just a nice illustration Colón had in a drawer somewhere?

The randomness of Murder makes it charming in a way.

The first issue was stealthy on the subject, but the second one says so explicitly: This is really Revolver #11. 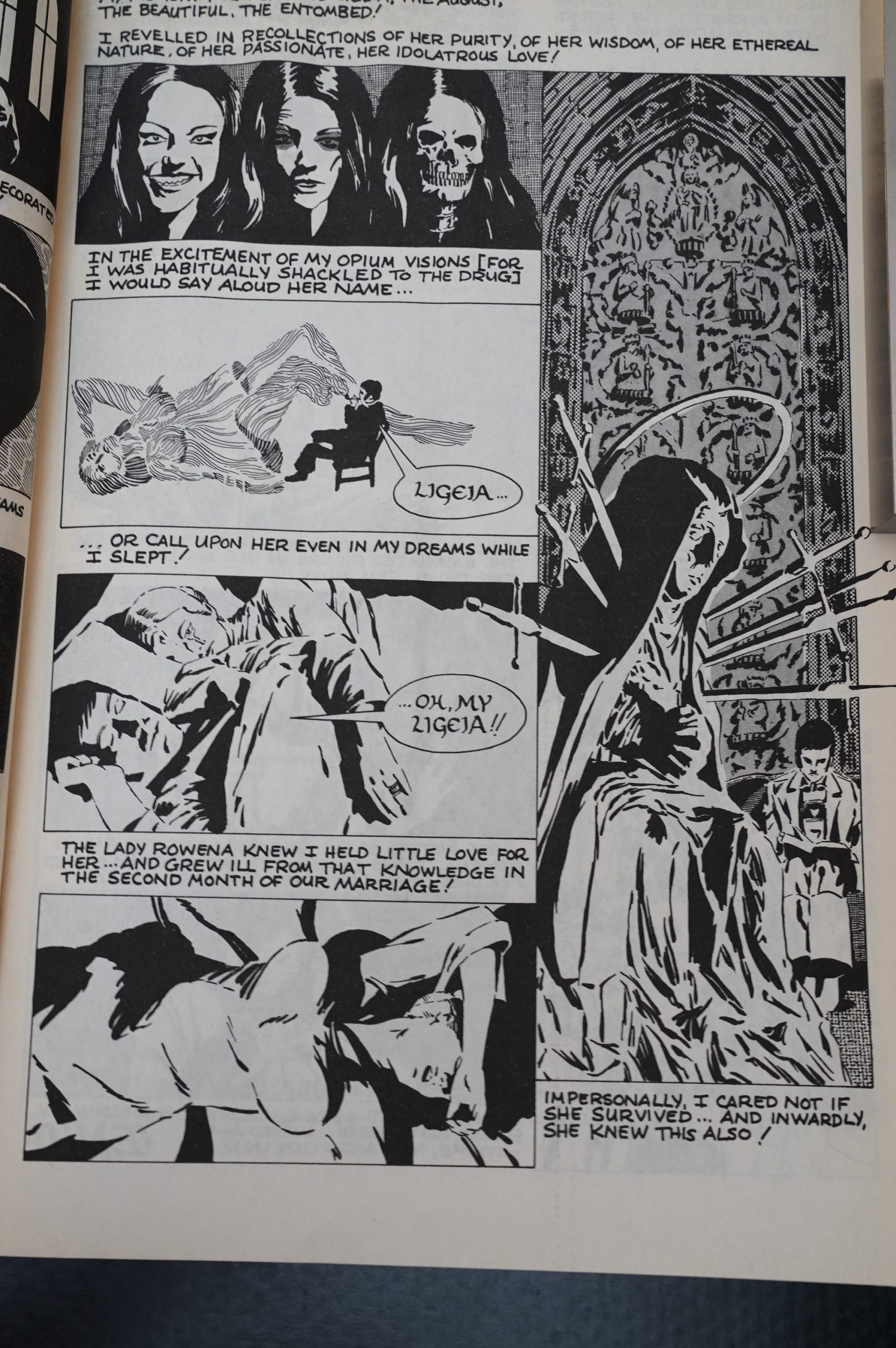 Dan Day does the inking himself on the second Poe story, and it looks more striking. 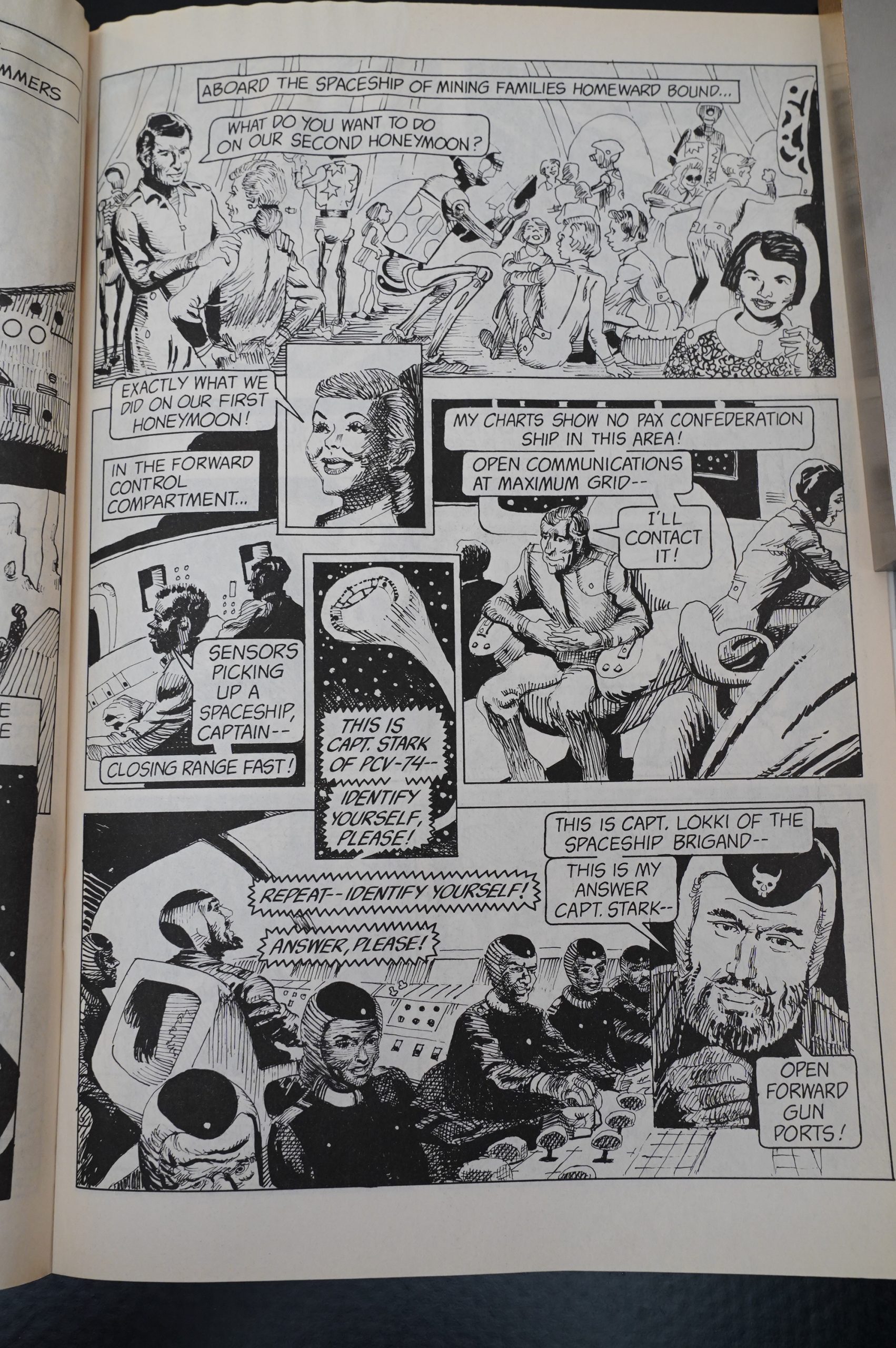 Jed Corby/Leo Summers does an O. Henry sci fi story… it’s got an interestingly scratchy quality to some of the panels, but it’s somewhat amateurish. 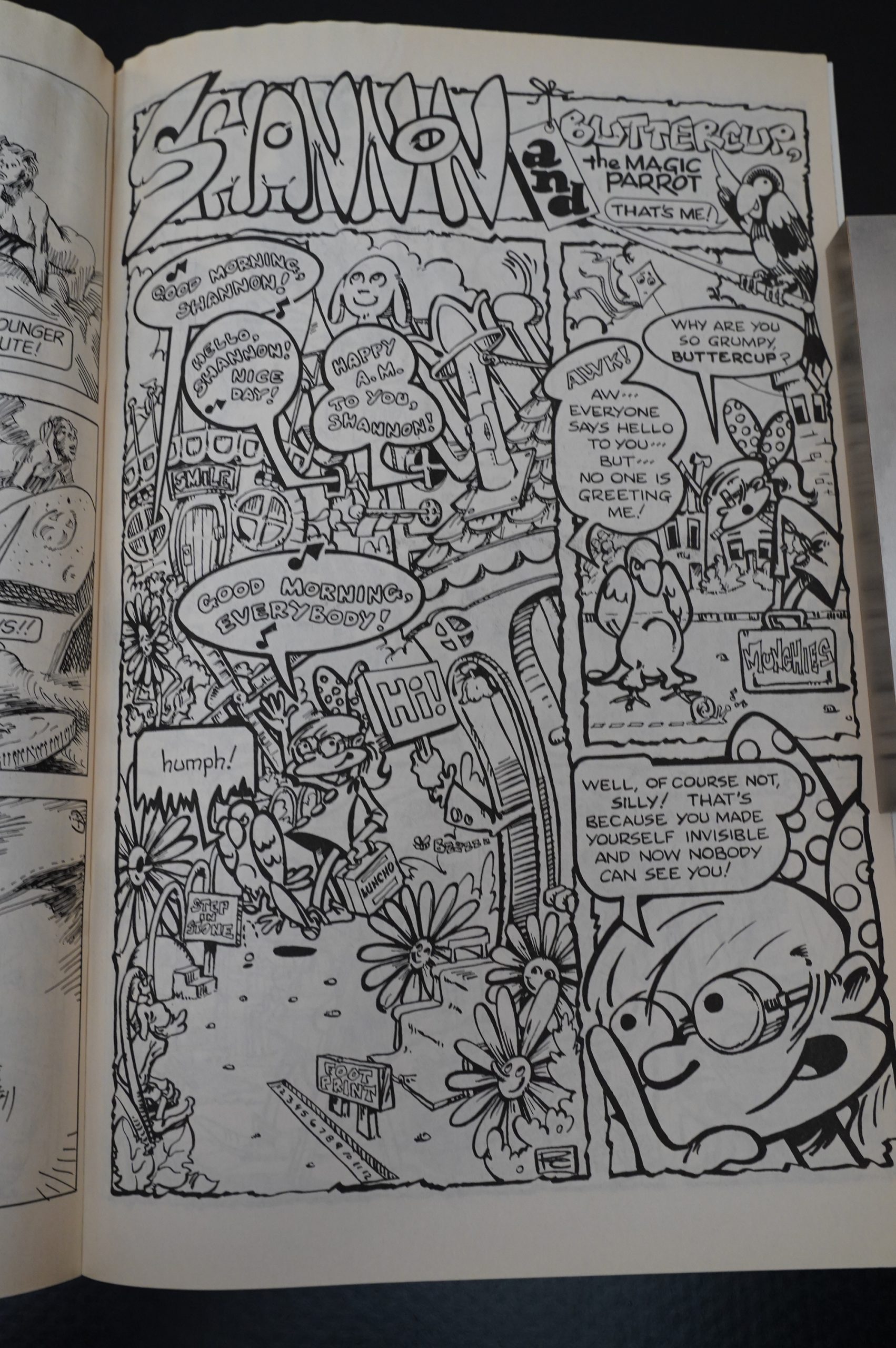 I have no idea who this is by (it doesn’t say so anywhere in the issue, I think?), and it’s…. kinda cute? 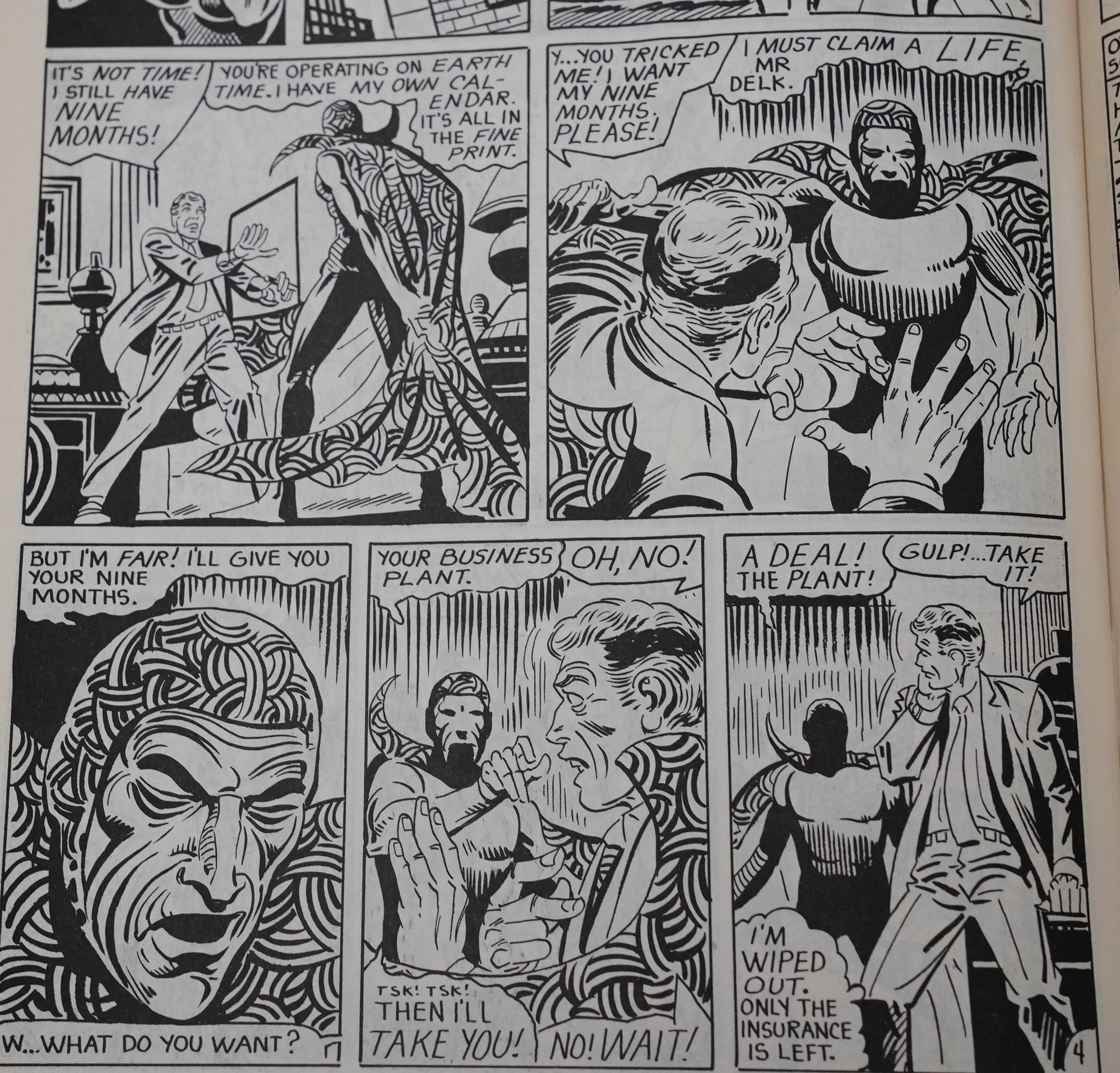 Ditko does a very strange “deal with the devil” story — it’s odd because here the devil seems to renege on his deals all the time, and is very interested in… burning down plants… 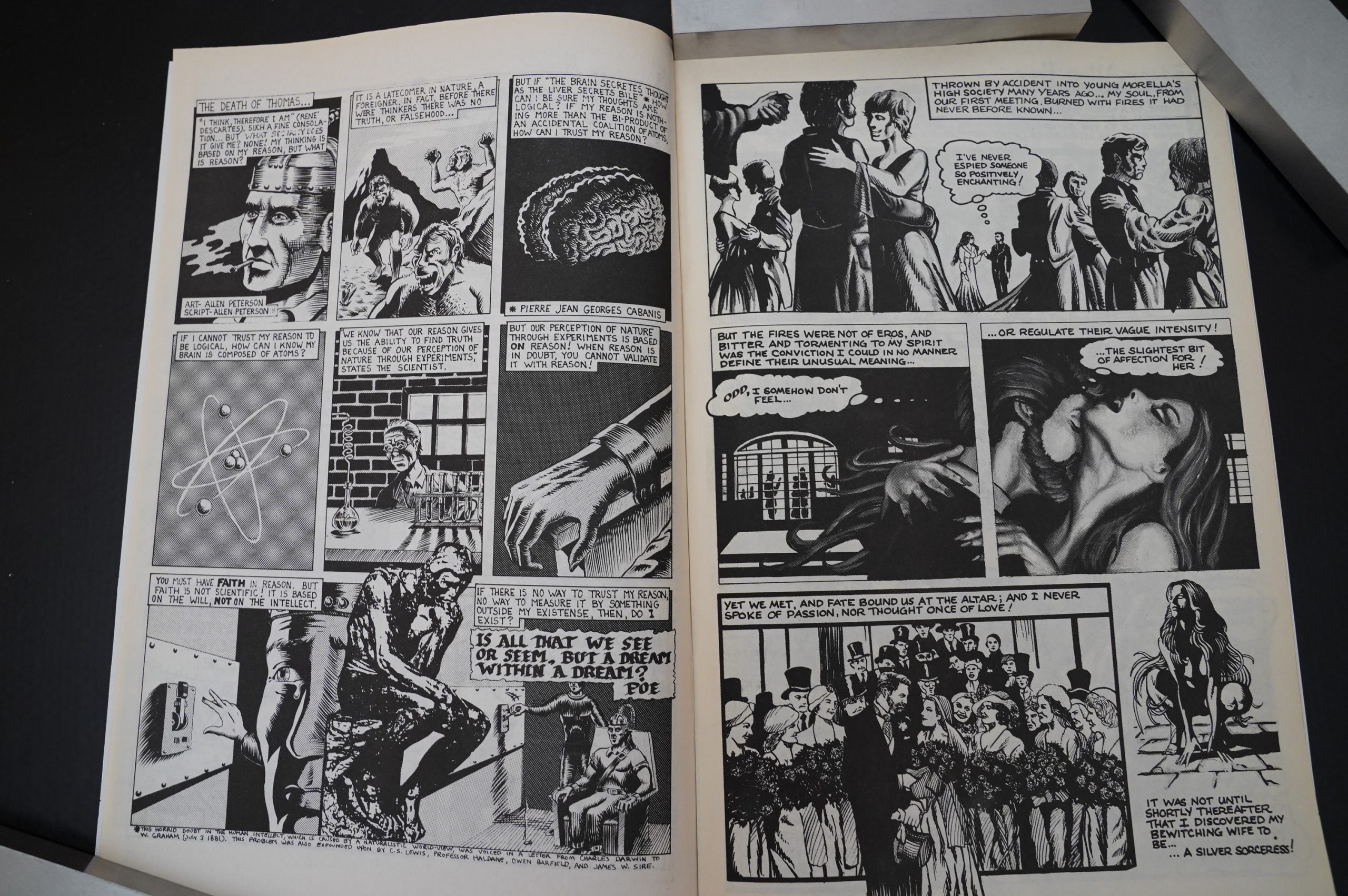 Allan Petersen brings the philosophy, and David Day joins his brother on the Poe adaptation, bringing a lusher, almost Corben-like sheen to it. Ditko does a two-pager where the miscreant goes free for once. Very unusual. But I guess that’s why it’s called “Social Justice”, because Ditko doesn’t believe in the concept. And then we get Wally Wood! With Nick Cuti and Ernie Colón… so was this an old, unfinished piece that the other two completed? There’s no contextualising whatsoever of the contents here.

So… the randomness of what’s in here gives this a strange readability, but it’s not actually… you know… good.

I was unable to find any reviews of Murder on the interwebs.