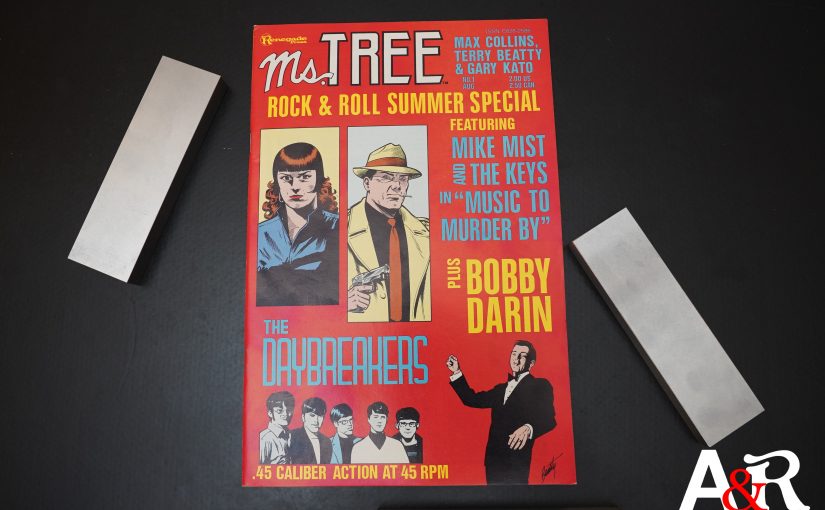 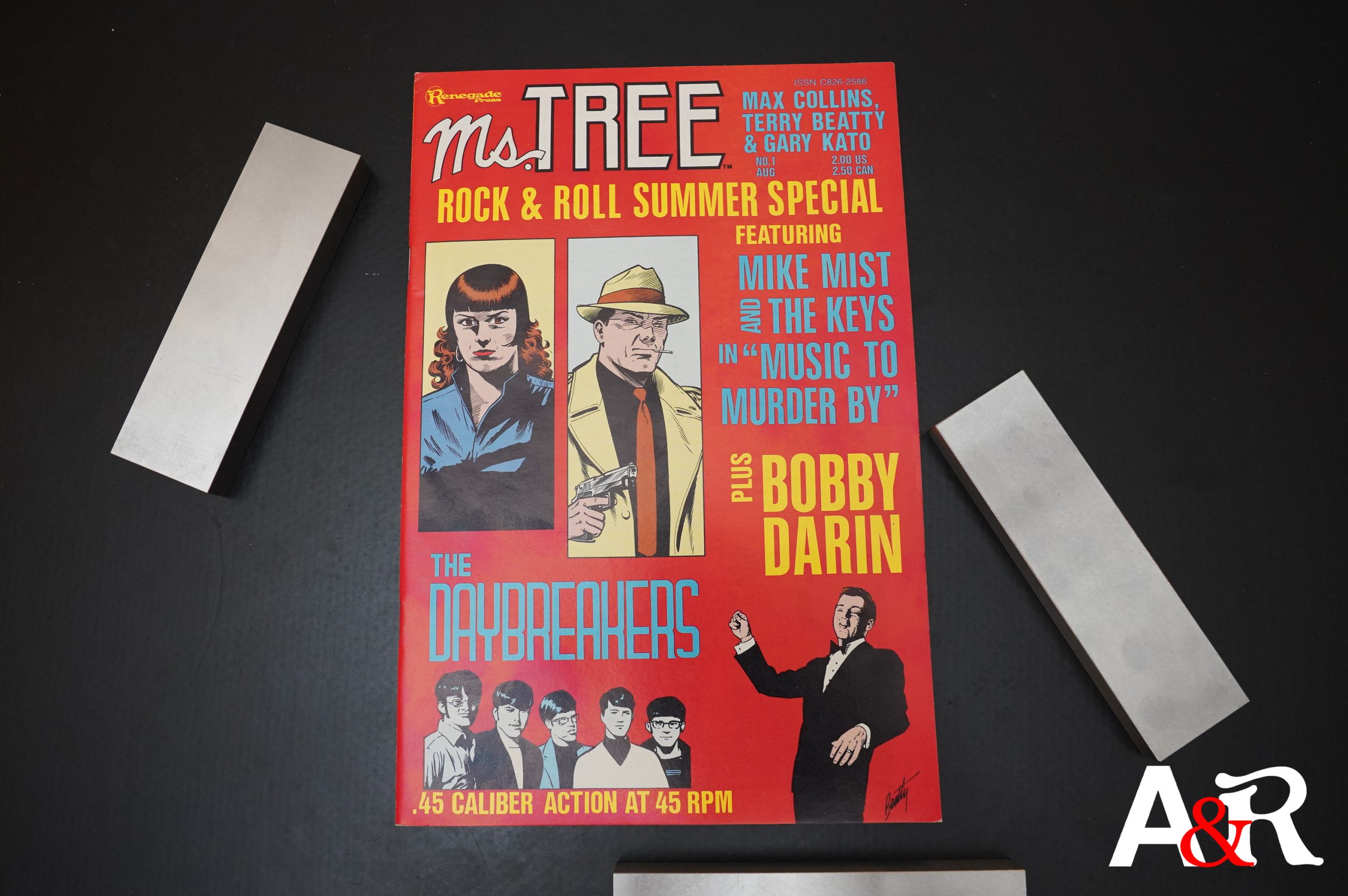 I covered the main run of Ms. Tree here, but there’s a couple of specials to mop up. This is the first one: The Rock’n’Roll Summer Special. 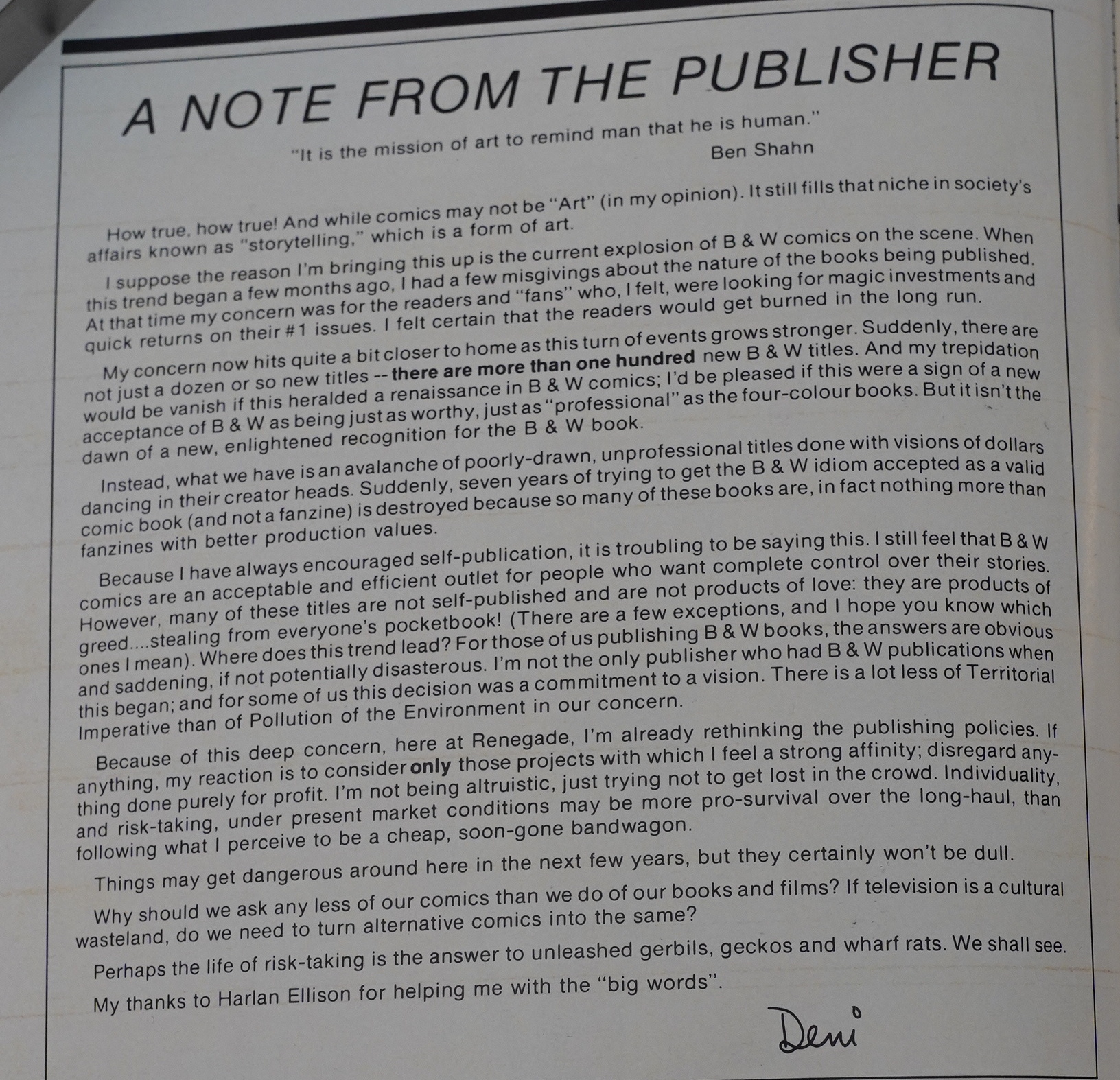 We’re into the days of the Black and White Boom, and Deni Loubert is getting worried — as she had reasons to be, because the subsequent bust ended Renegade. Anyway, here’s the first three pages of this comic: 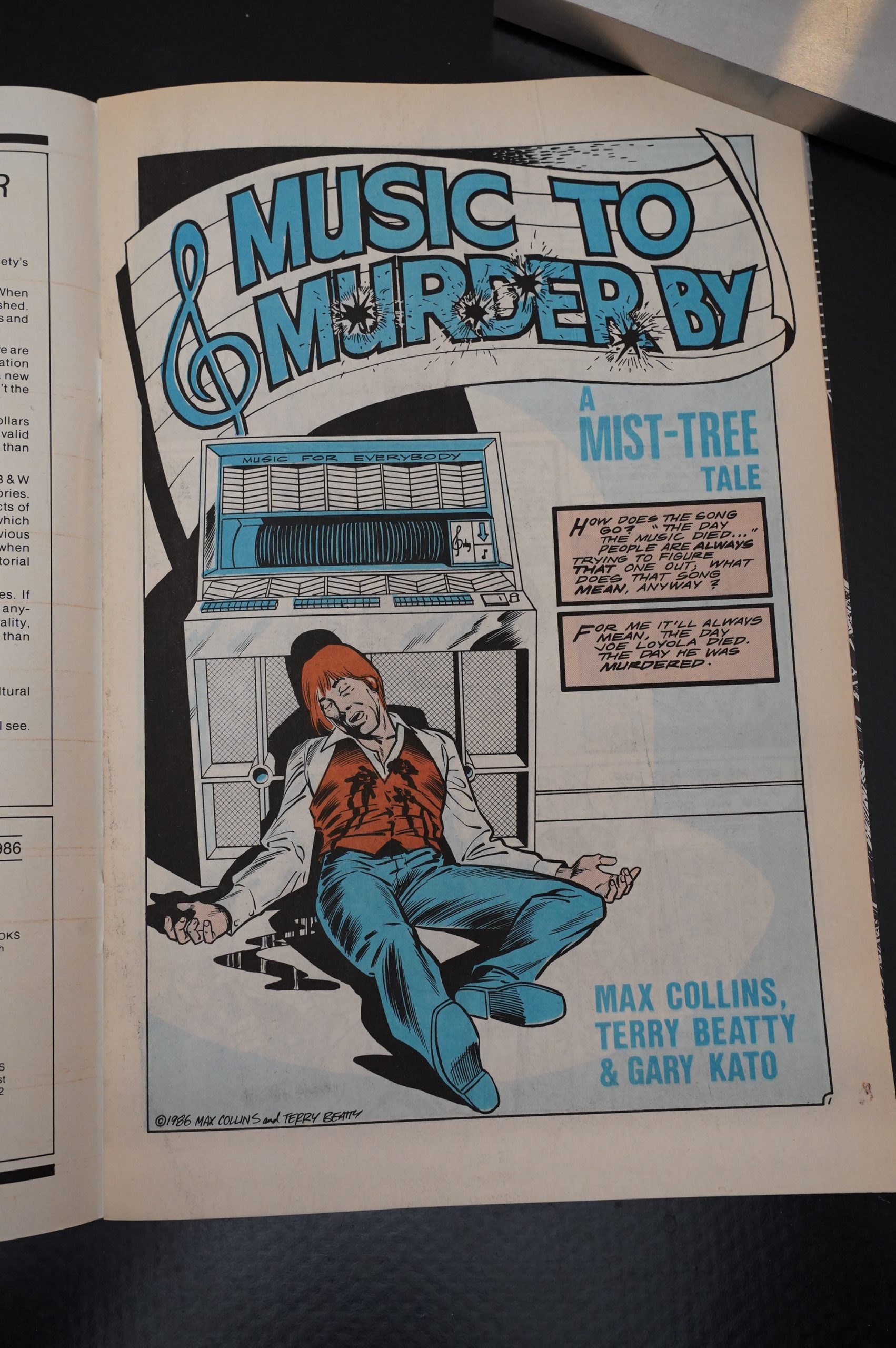 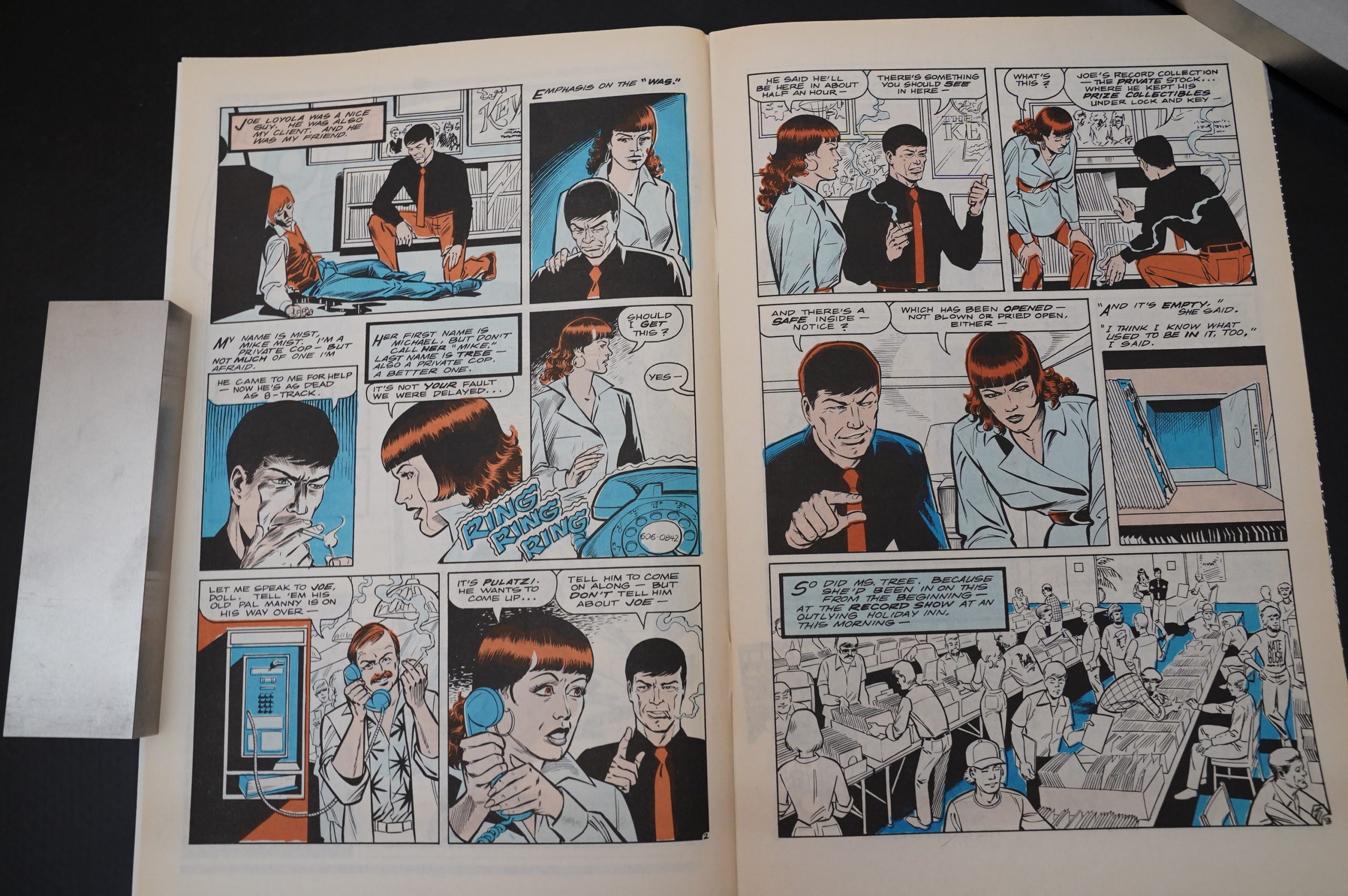 The main Ms. Tree series used a single colour (in addition to the black, of course), but used two different tones of that colour… for the first dozen? issues, and then Beatty just did a single flat colour (because that’s less work). Here, we have the blue in duotone, and then a second colour (brown) used in a single shade. Looks pretty good? 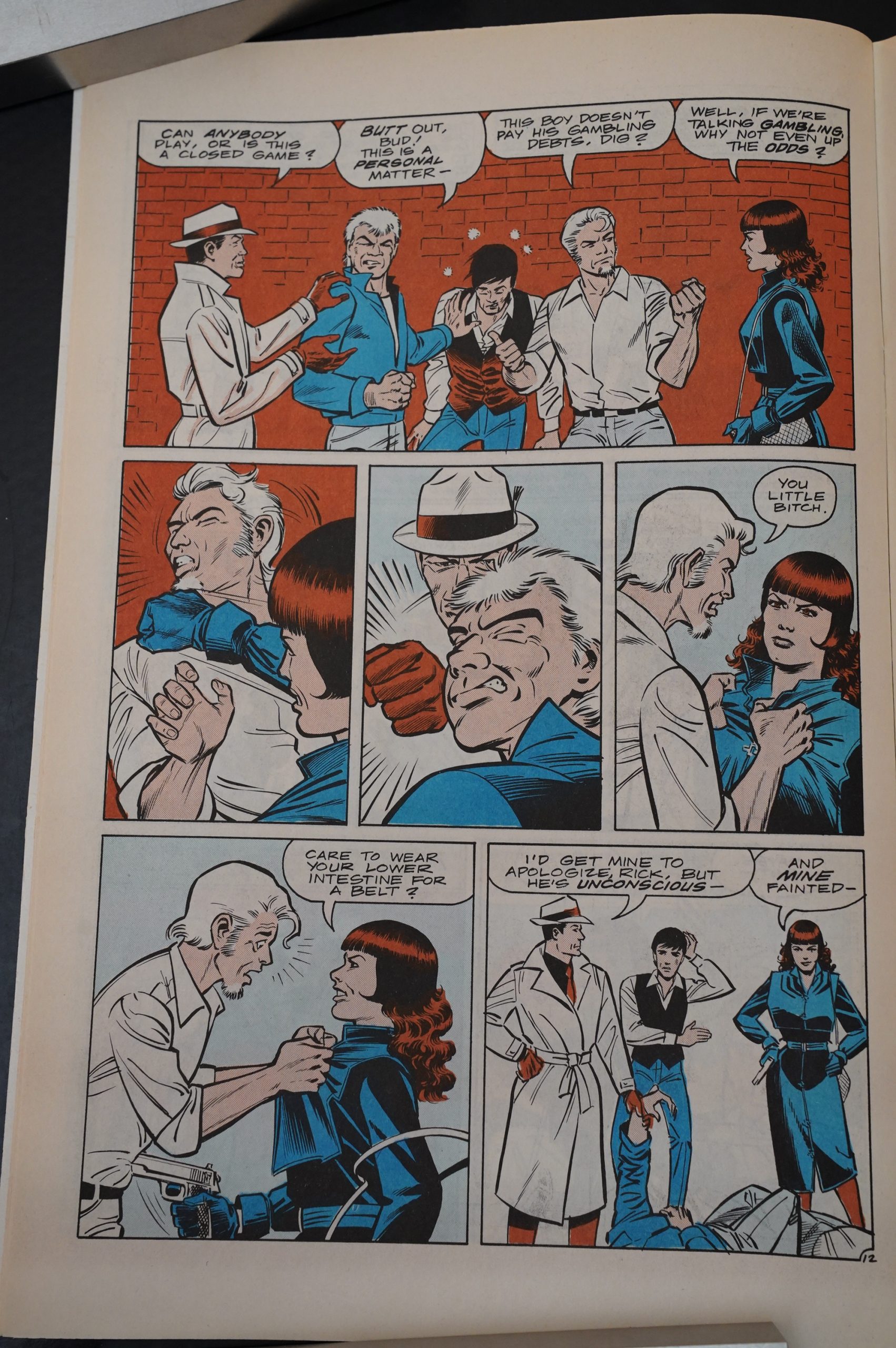 I got pretty fed up with Ms. Tree while reading the main series in a marathon reading session, so I’m surprised at how much I liked getting back into it. Not that there’s anything outstanding about this (fourteen page) story — but it’s pretty entertaining? It’s like encountering a friend you didn’t know you had missed?

Beatty’s er action scenes are as awkward as ever. 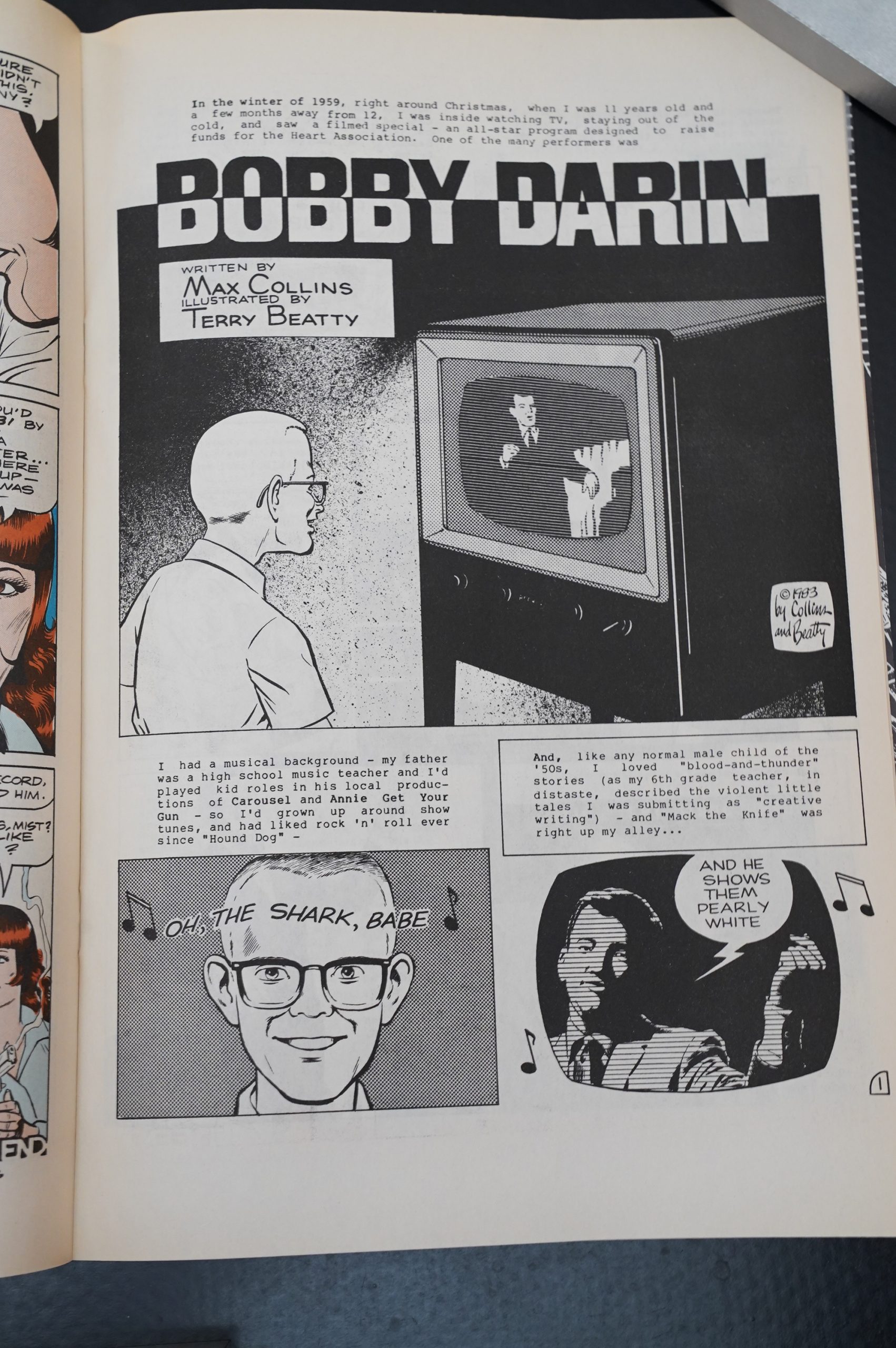 The rest of the issue doesn’t deal with Ms. Tree at all. First off we have a long piece (from 1983, apparently) about Bobby Darin. This had presumably been published somewhere before?

It’s really striking how different Beatty’s artwork looks here (without the Gary Kato assists). It’s obviously based on photo reference a lot, and the sheer stiff awkwardness of it all takes into a different sphere: It’s pretty cool. It’s almost kinda punk?

But… Bobby Darin? I’m not sure I’ve ever heard any of his stuff. *pauses JPEGMAFIA playing on the stereo*

It’s kinda more croonerish than I had expected? But it’s got a kinda something going on, I guess… 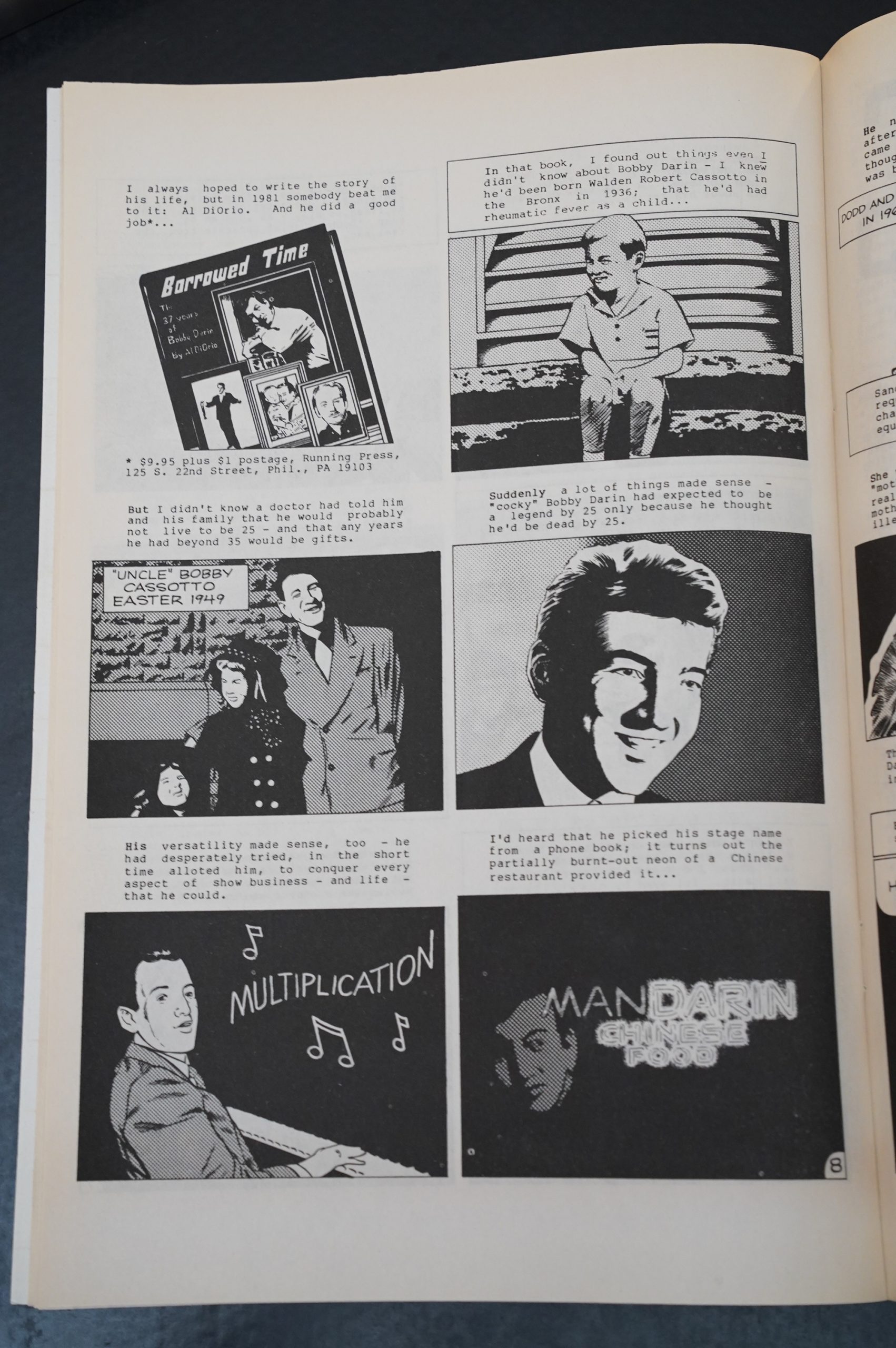 Sometimes the traced look of the artwork becomes a bit much. But it’s told pretty well, I guess.

Darin movied with the times…

OK, I can unpause JPEGMAFIA now, or… 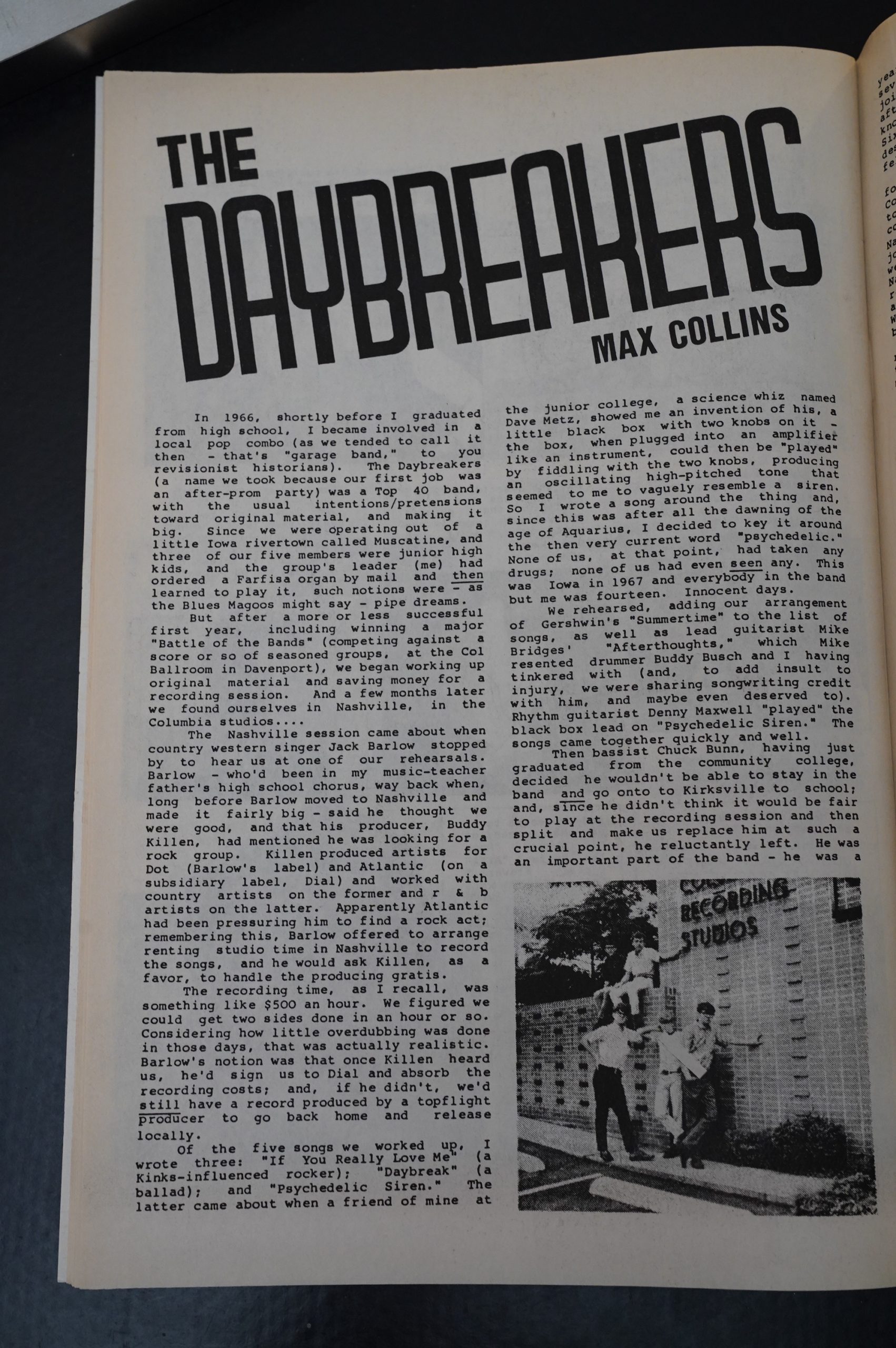 No! Then we get the story of Collins’ own 60s garage band. It’s a pretty interesting story… I wonder whether they’re also on Youtube?

Hey! That’s kinda cool! It’s got a charming garage feel to it. 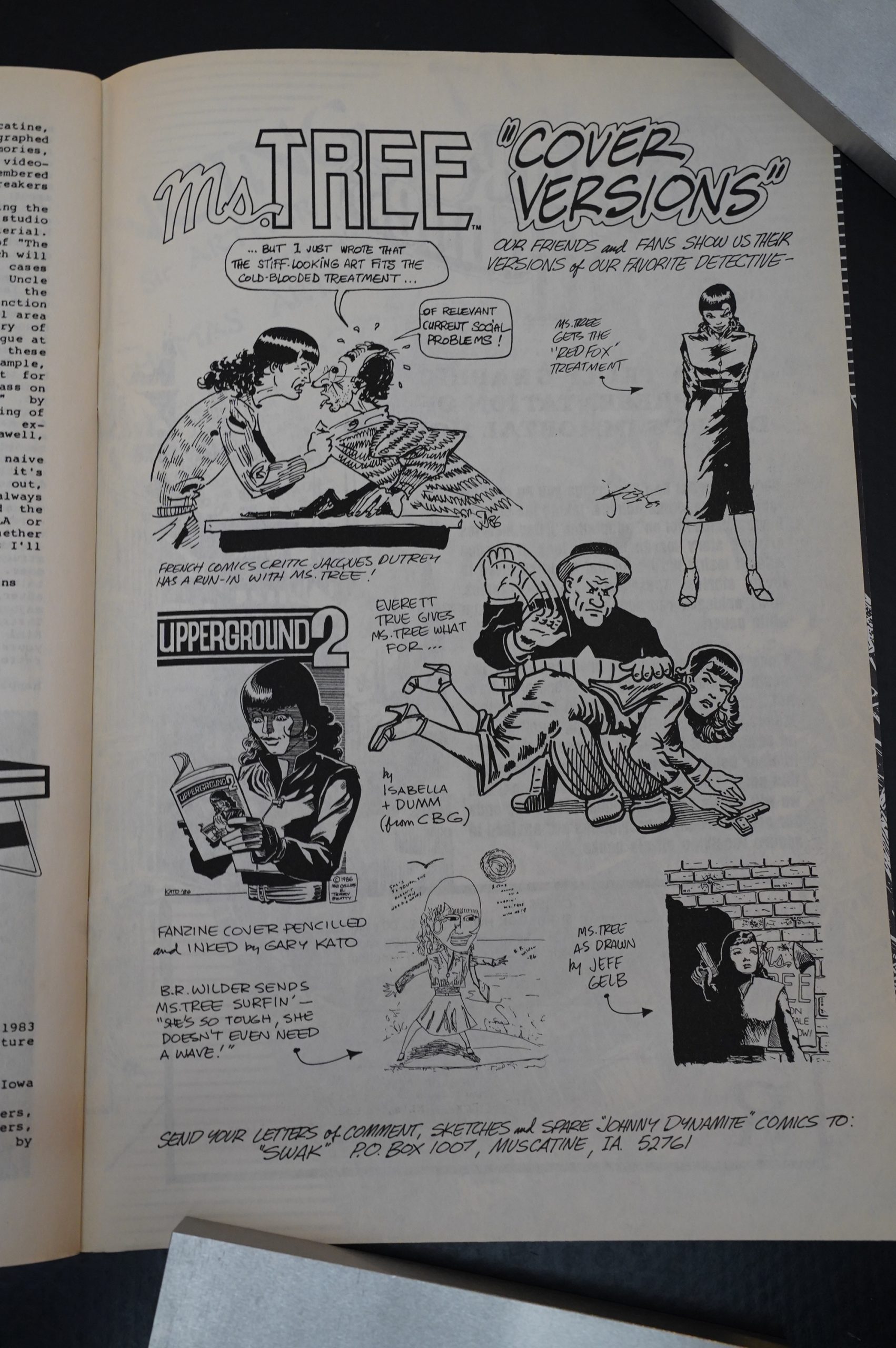 And then we round out the issue with some versions of Ms. Tree by other artists.

So! That was a quirky collection of stuff, and I remember some letter writers being dissatisfied with the low Ms. Tree content level here, but I found it to be a most satisfactory read.

*unpauses JPEGMAFIA on the stereo*

I was unable to find any reviews of this comic on the web tubes.