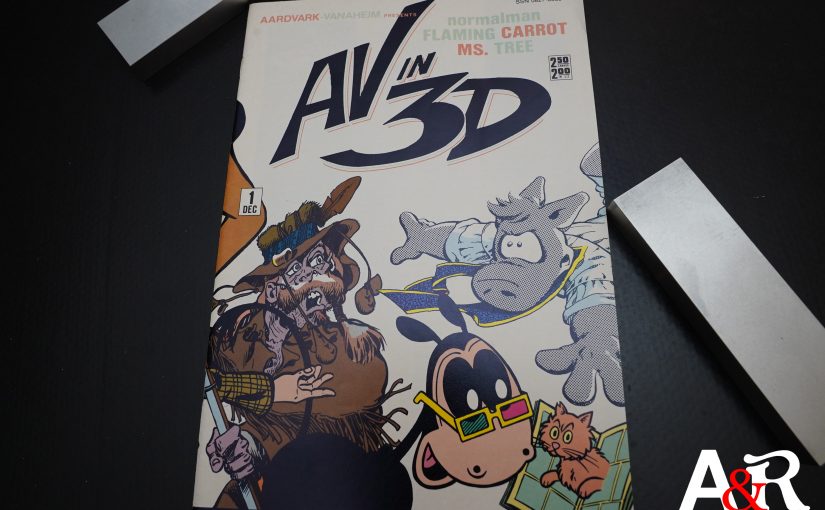 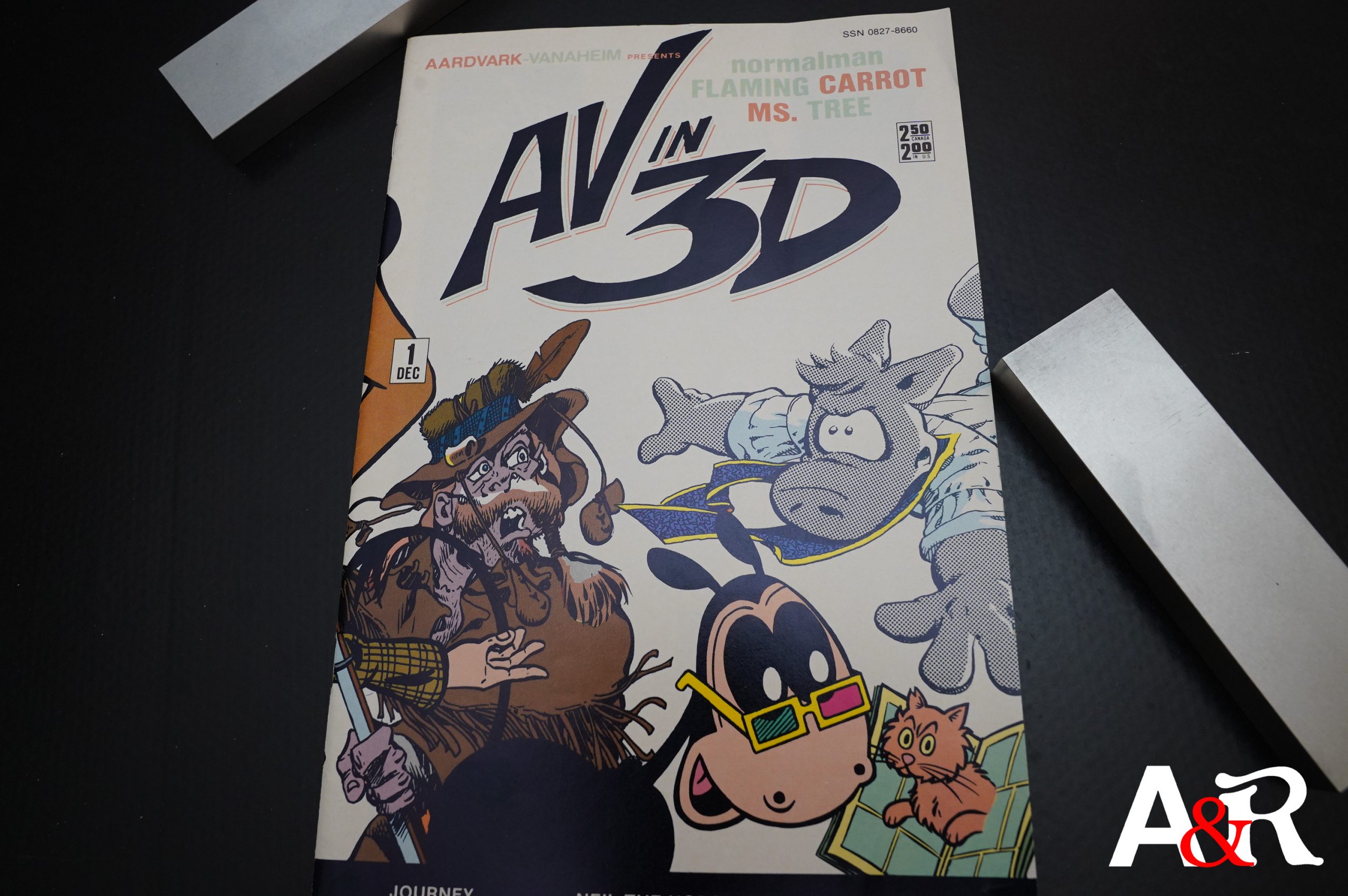 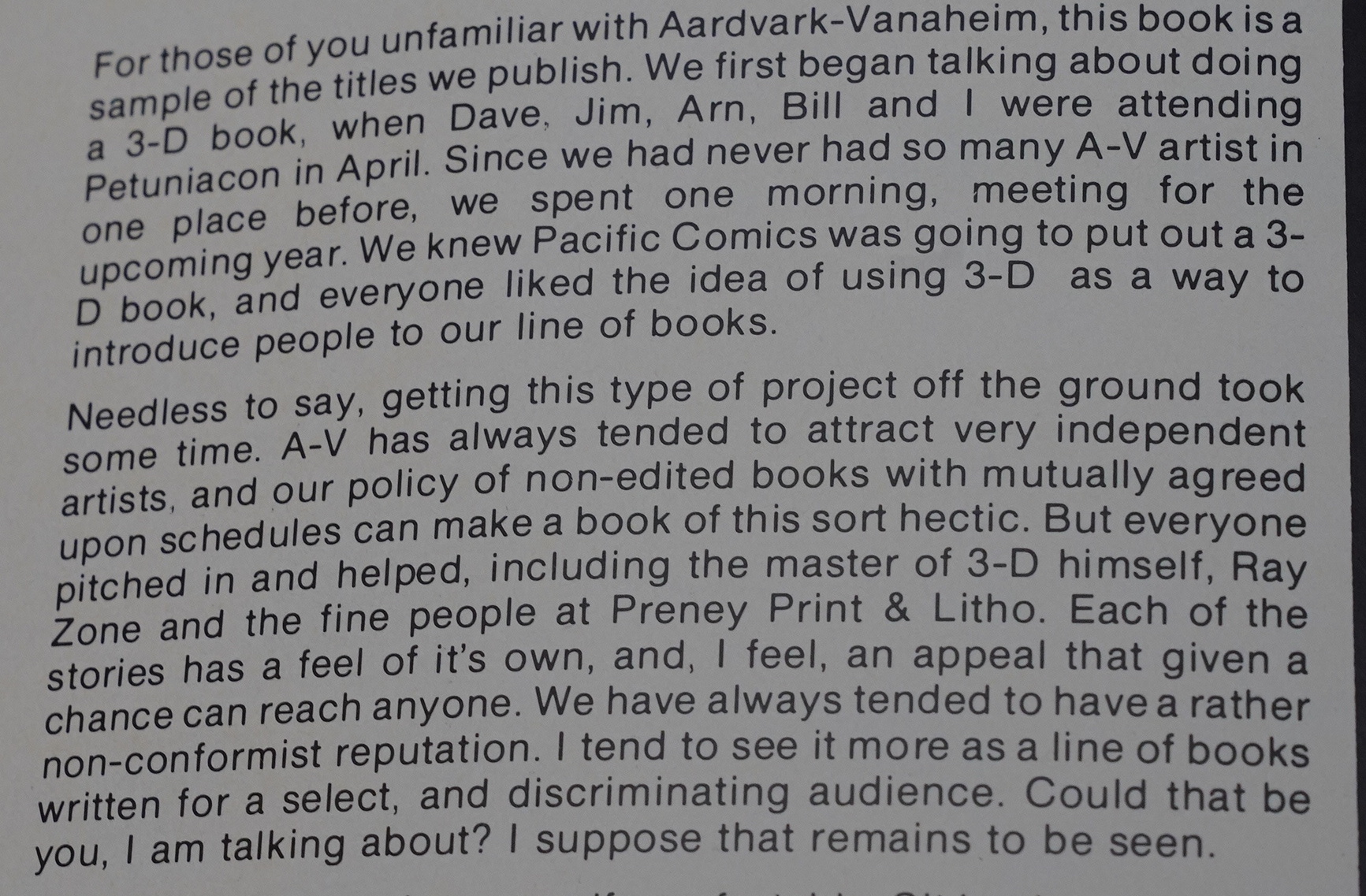 The publisher explains that this comic is a sampler to introduce the new line of Aardvark-Vanaheim comics to the public… but it was published a lot later than planned, so it’s not really that much of an introduction. 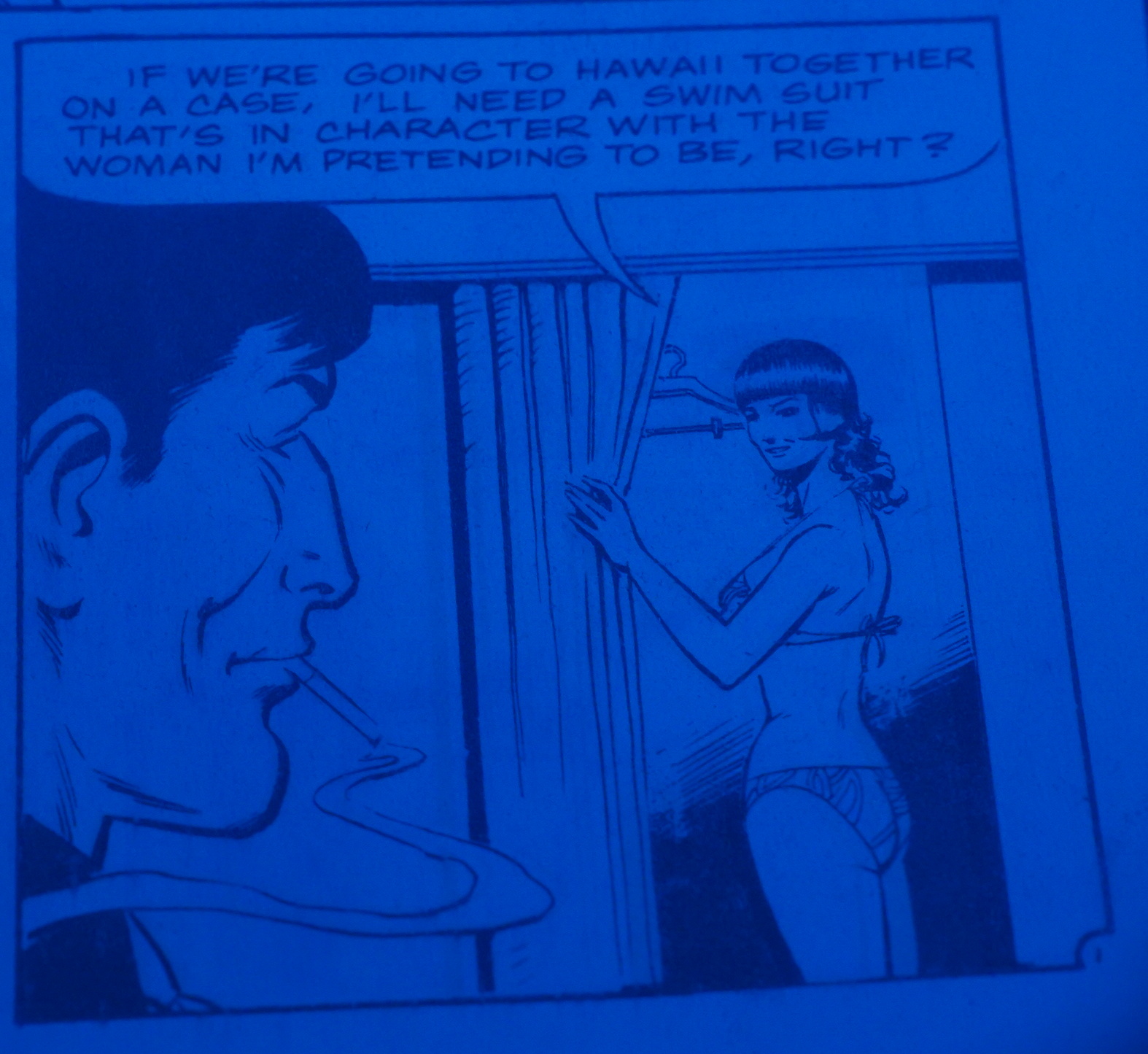 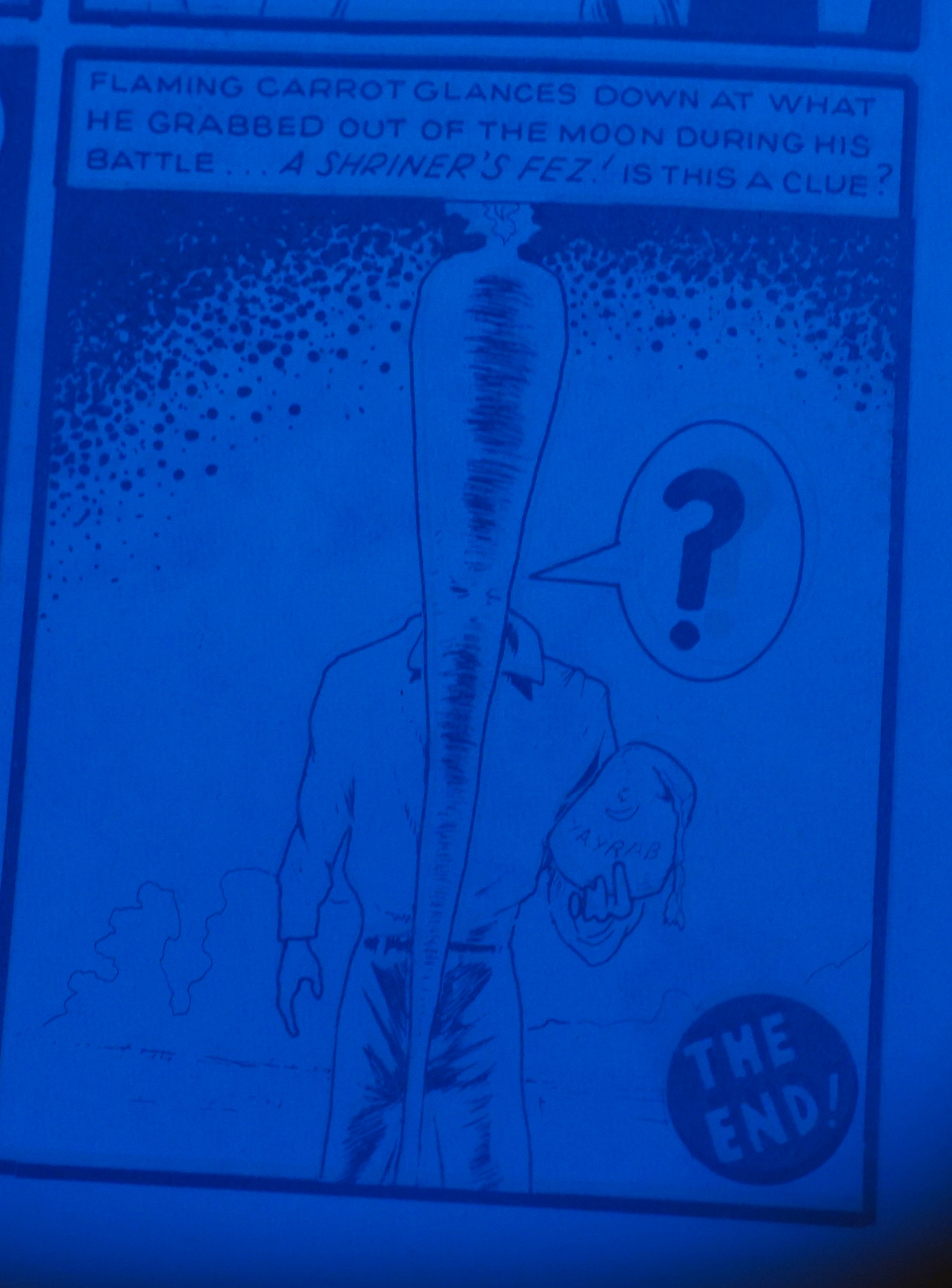 The Flaming Carrot thing really works — that is, it’s a weird little thing all on its own, but also makes you go “perhaps I should pick up that comic and see if this is going anywhere?” (Bob Burden.) 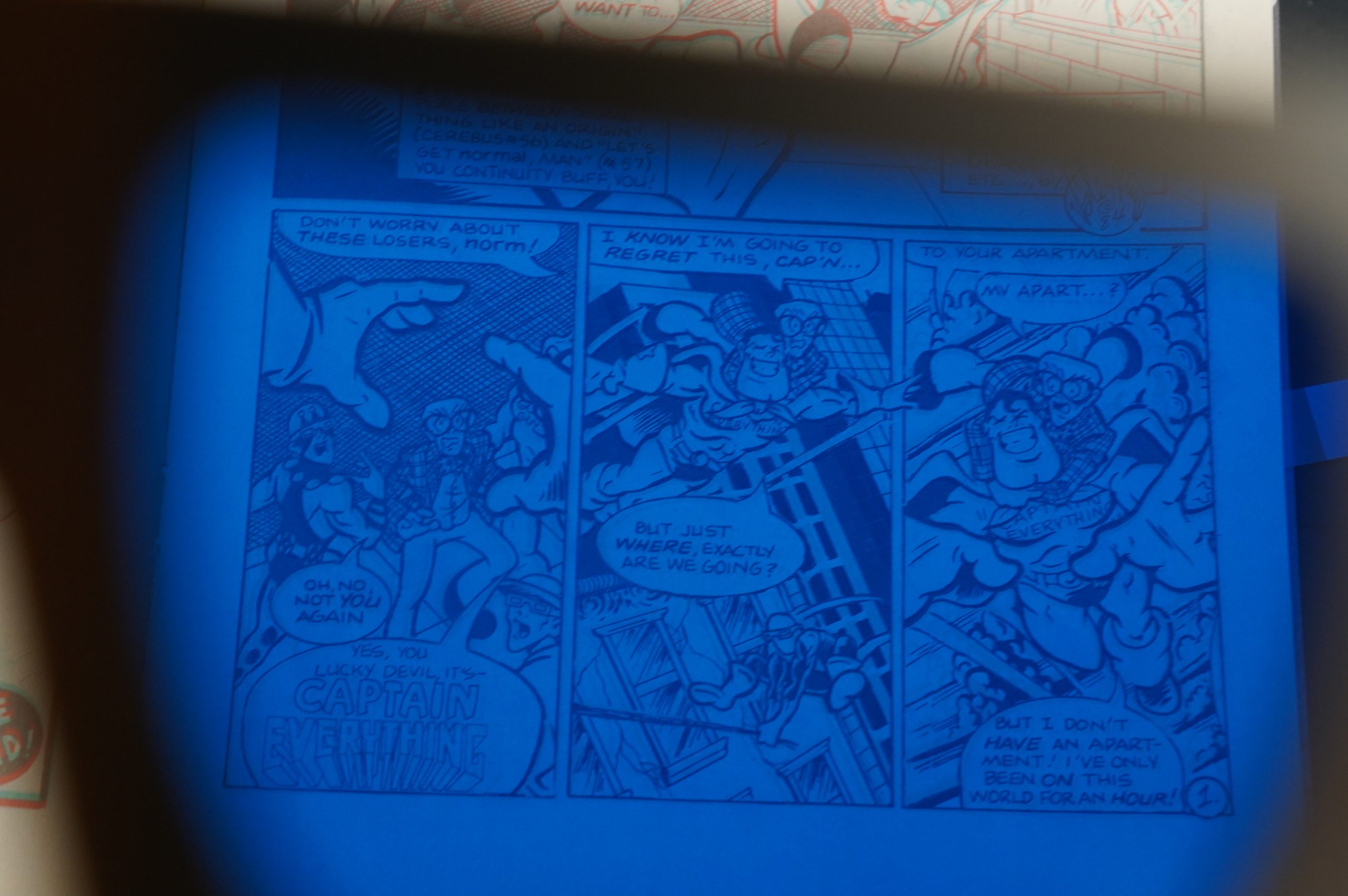 The normalman strip is set before issue #1, and definitely works as an introduction. It’s not much of a story, though. 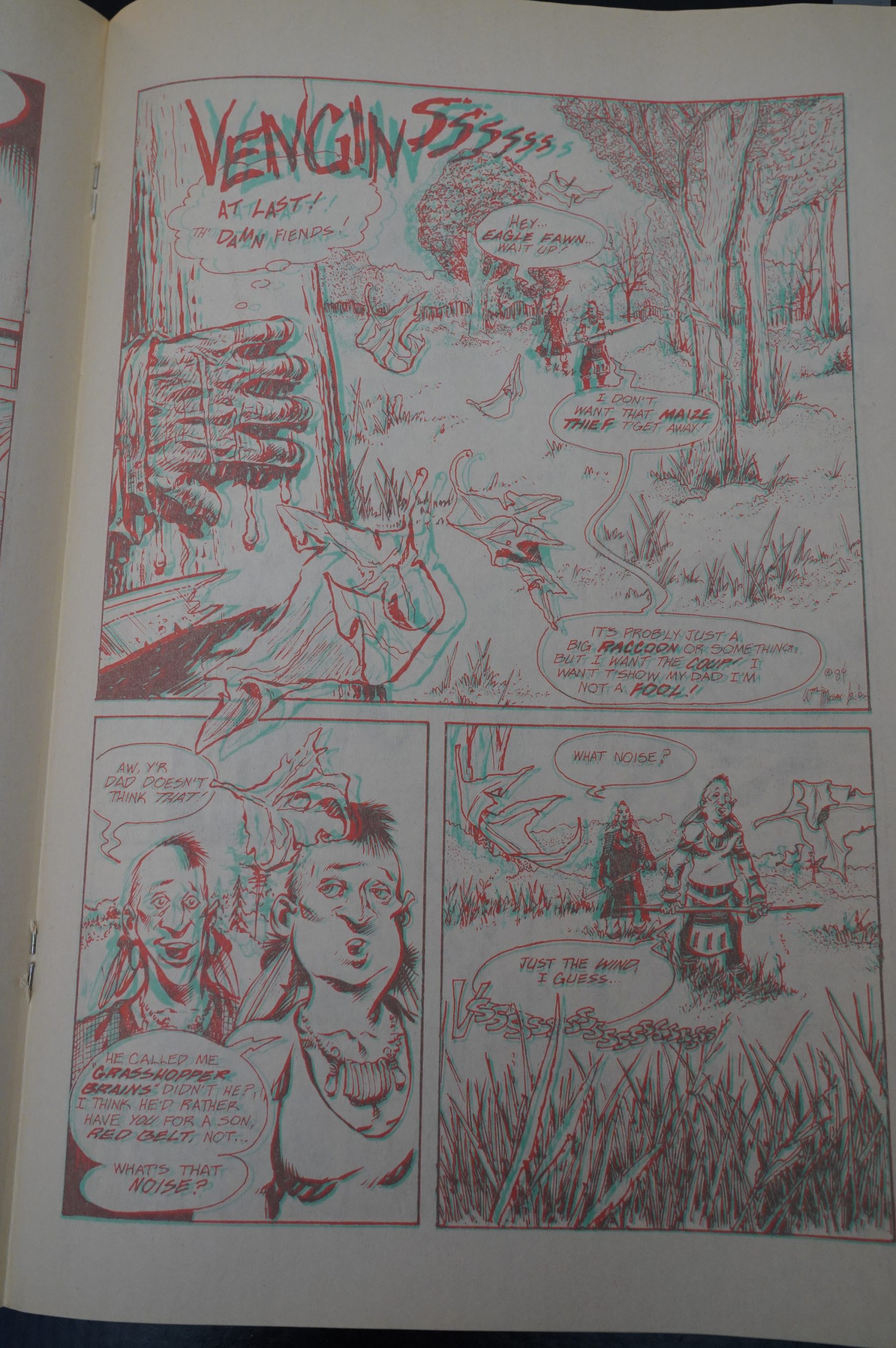 The standout is really the Journey story: It’s an amusing story; it’s complete; and it makes you go “I’ve really gotta read Journey”. And it’s got the best 3D effects in the book: I mean, it’s simple, but effective. William Messner Loebs just puts in floating leaves that hover right in front of your face, and also has depth inside the panels, so it’s like “whoa”. I remember this page from when I was a teenager: It was the first 3D page that I thought was, like, good. 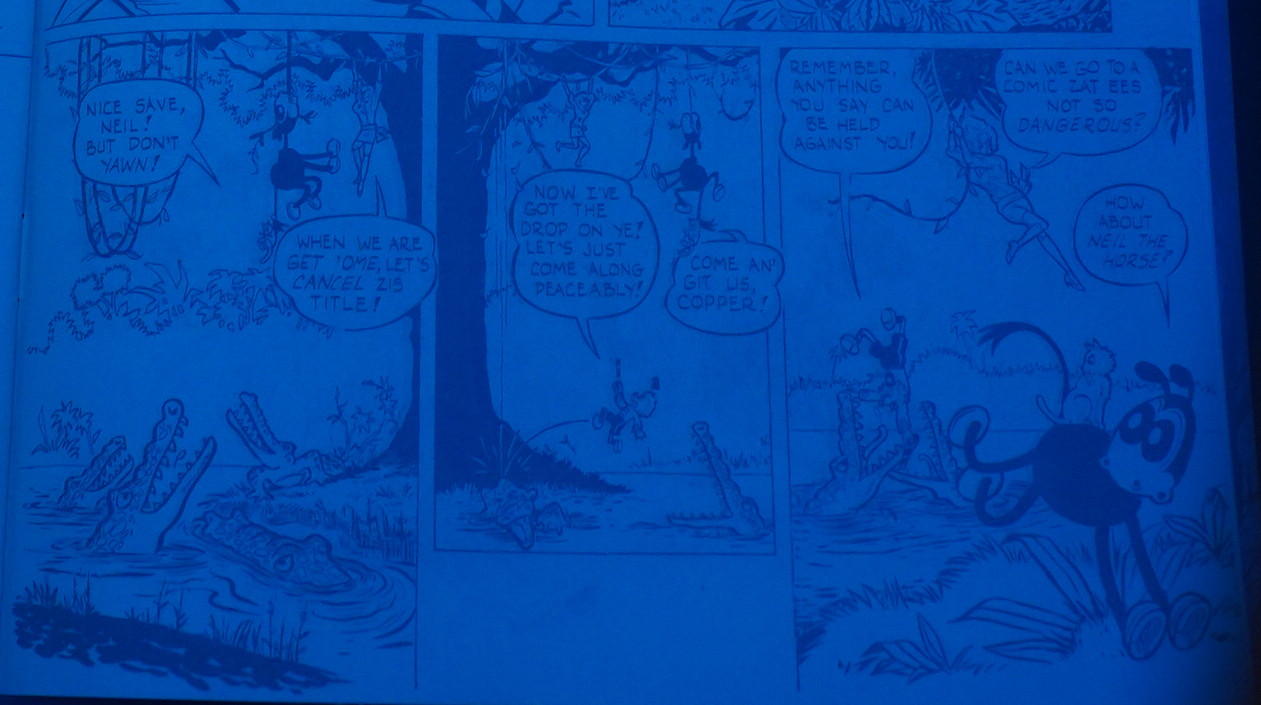 The Neil the Horse strip (Arn Saba, Barb Rausch, David Roman) is a fun romp and uses the 3D well. 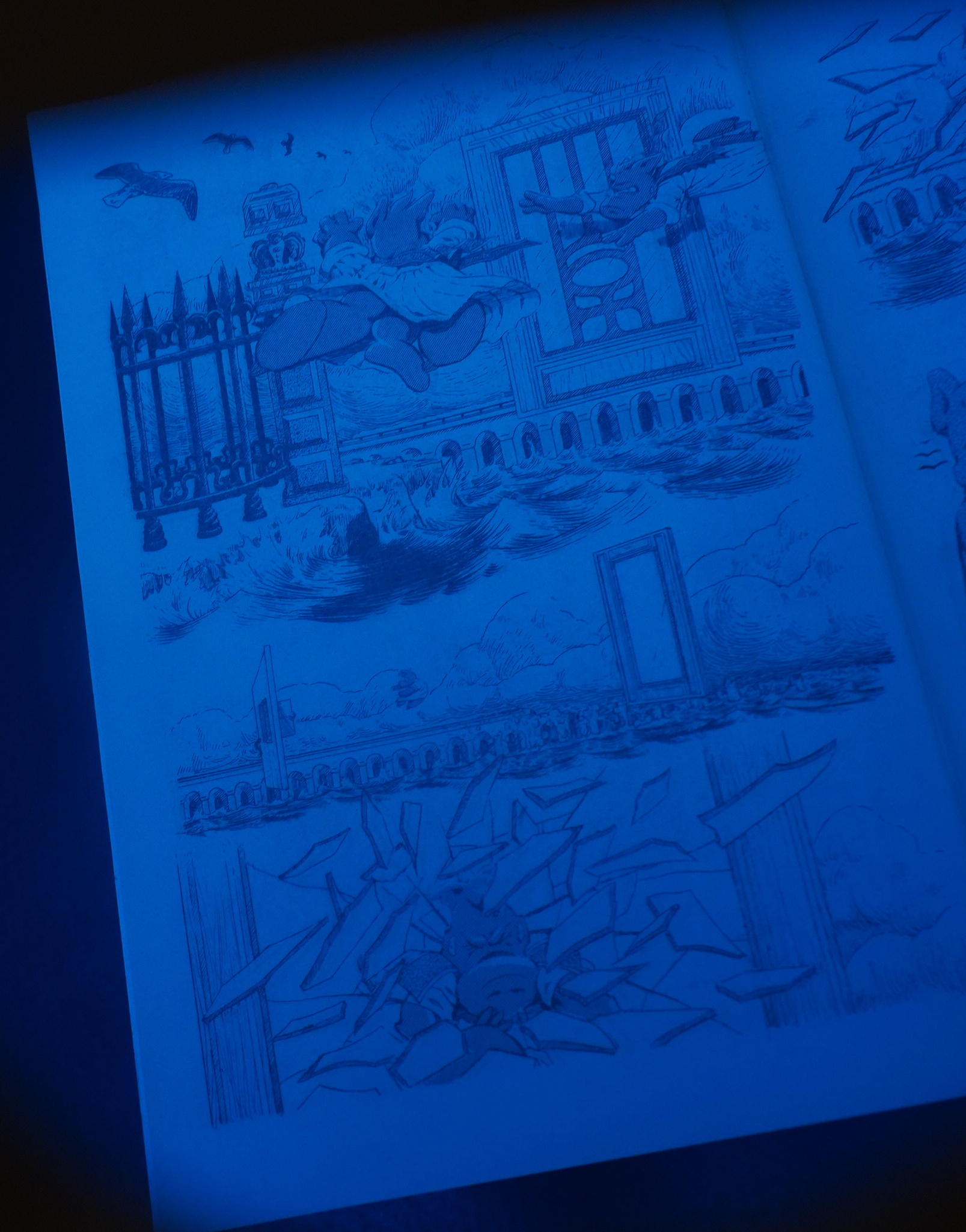 The Cerebus strip (Dreams II) is the most ambitious, I think? And it does look good, but it’s not much of a story.

I was unable to find any review of the book, but there’s this:

VALENTIN(): I remember at Petu-
niacon Steve Schanes coming into the
convention a little late and he had a
coverless copy of the Three-Dimen-
sional Alien Worlds hot off the presses
and he was so excited about it that he
W’ent around the convention showing
it to everyone. There was this murmur
of excitement throughout the conven-
tion about it. In fact, it wus there that
Aardvark-Vanaheim essentially made
the decision to do the sampler book,
AV in 3-D, which, I believe, was the
second of the “new wave’ ‘ 3-D books.
ZONE: well, it was the third after
Battle. Battle was the first, then Alien
Worlds, then AV in 3-D. It was the
second to receive full distribution in
the direct sales market.