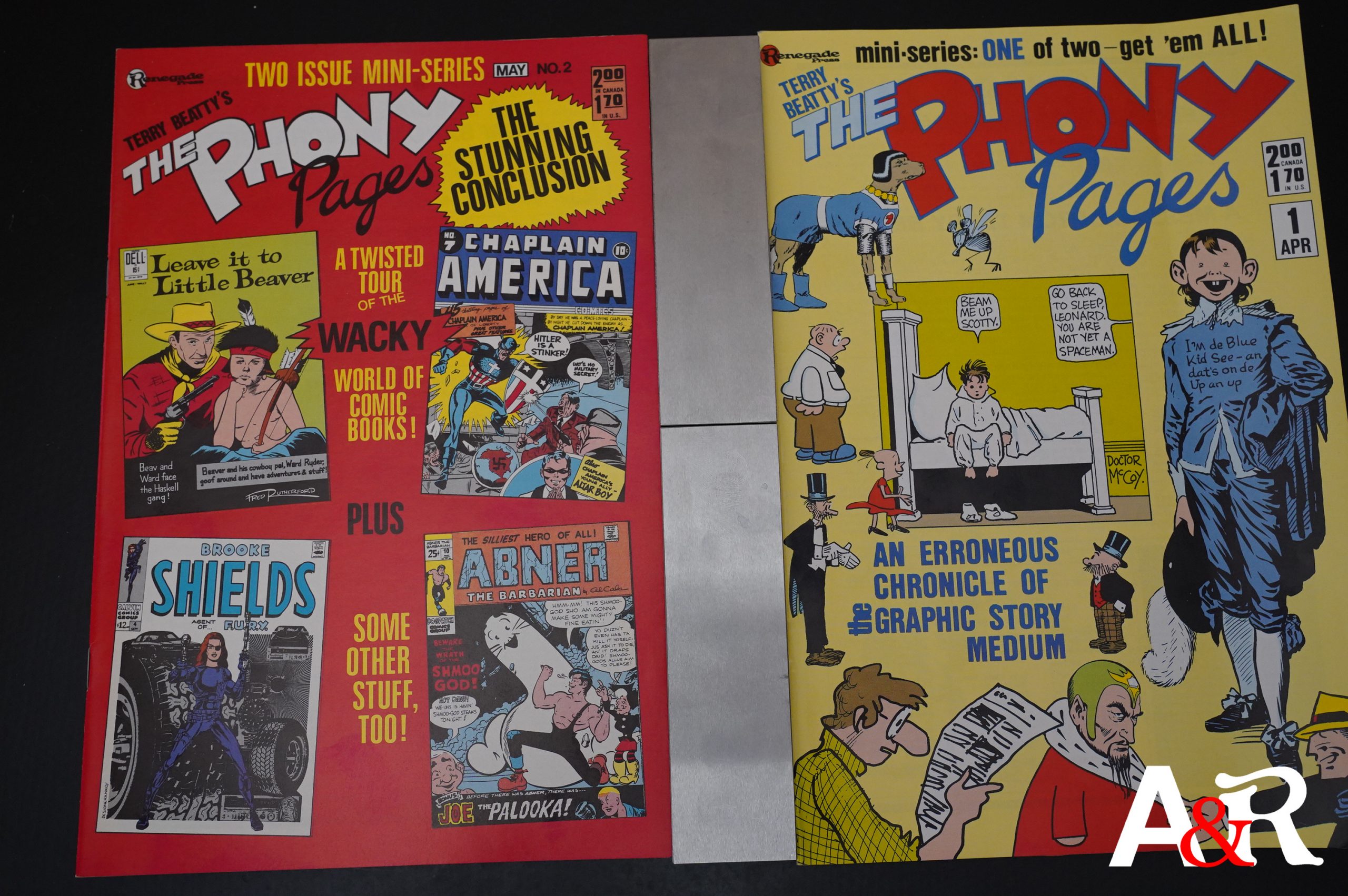 This is a collection of stuff Beatty had previously published here and there, mainly in the Buyers Guide for Comics Fandom, so I didn’t have high hopes for this mini-series: Especially since it’s from the height of the black and white boom. But let’s look at the first four pages: 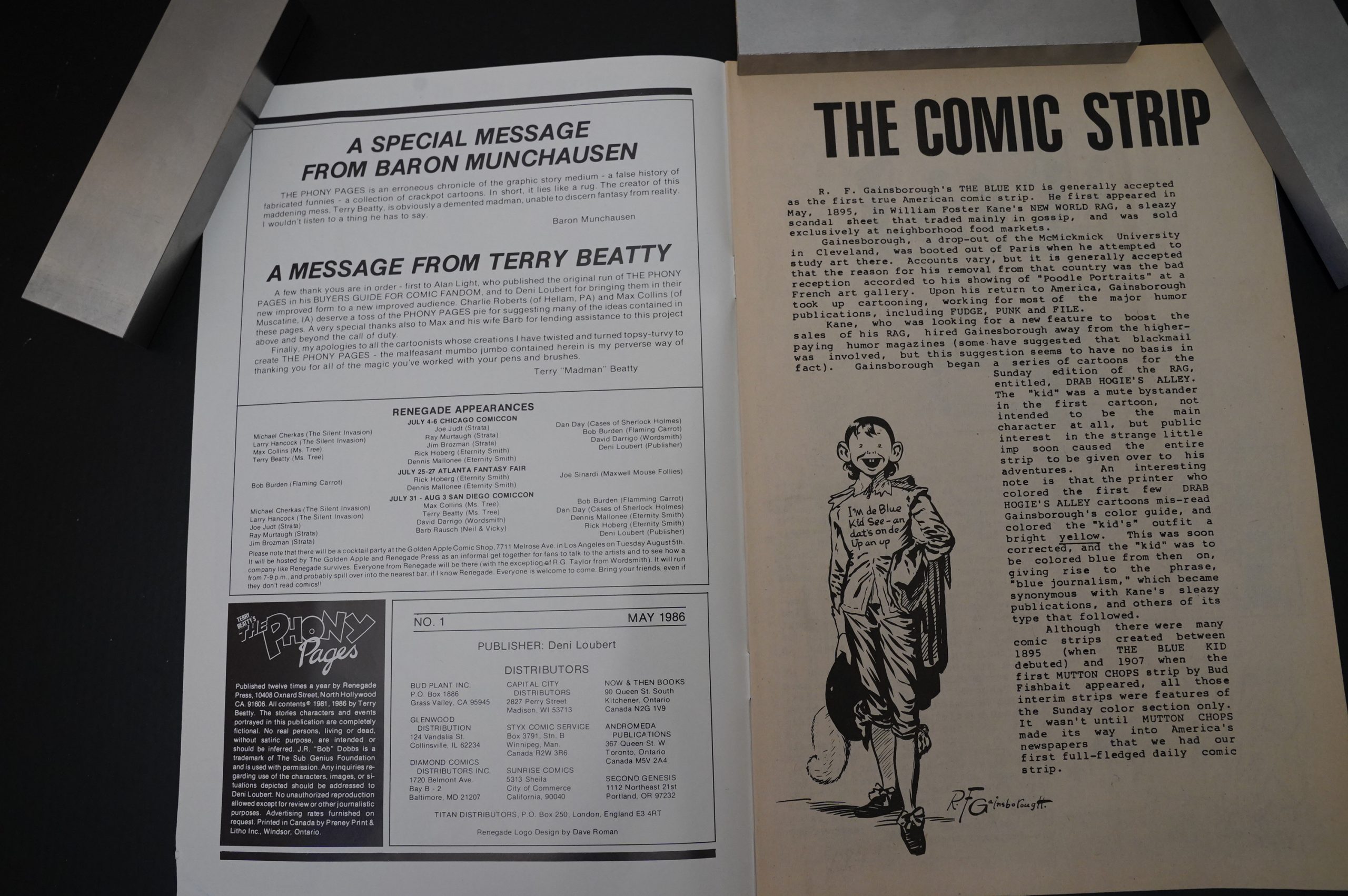 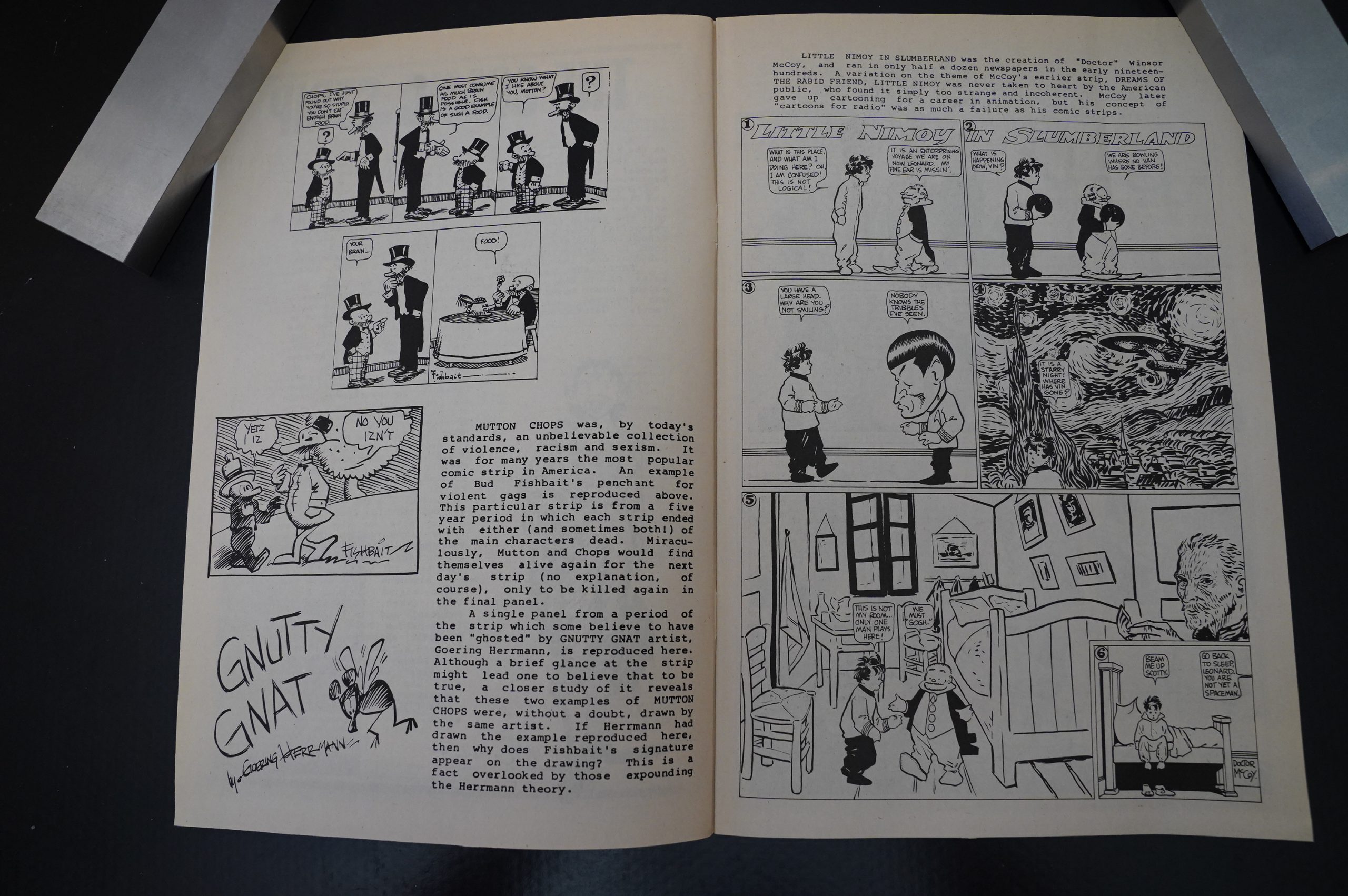 Hey! This is funny! And it looks good! I can’t believe it!

So this starts off as a (fake) history of oldee-tymey comics, and the parodies/pastiches are pretty spot on. Beatty’s artwork on (for instance) Ms. Tree is pretty … basic, so I’m surprised that he can imitate these artists so well. Perhaps a certain amount of tracing was involved? 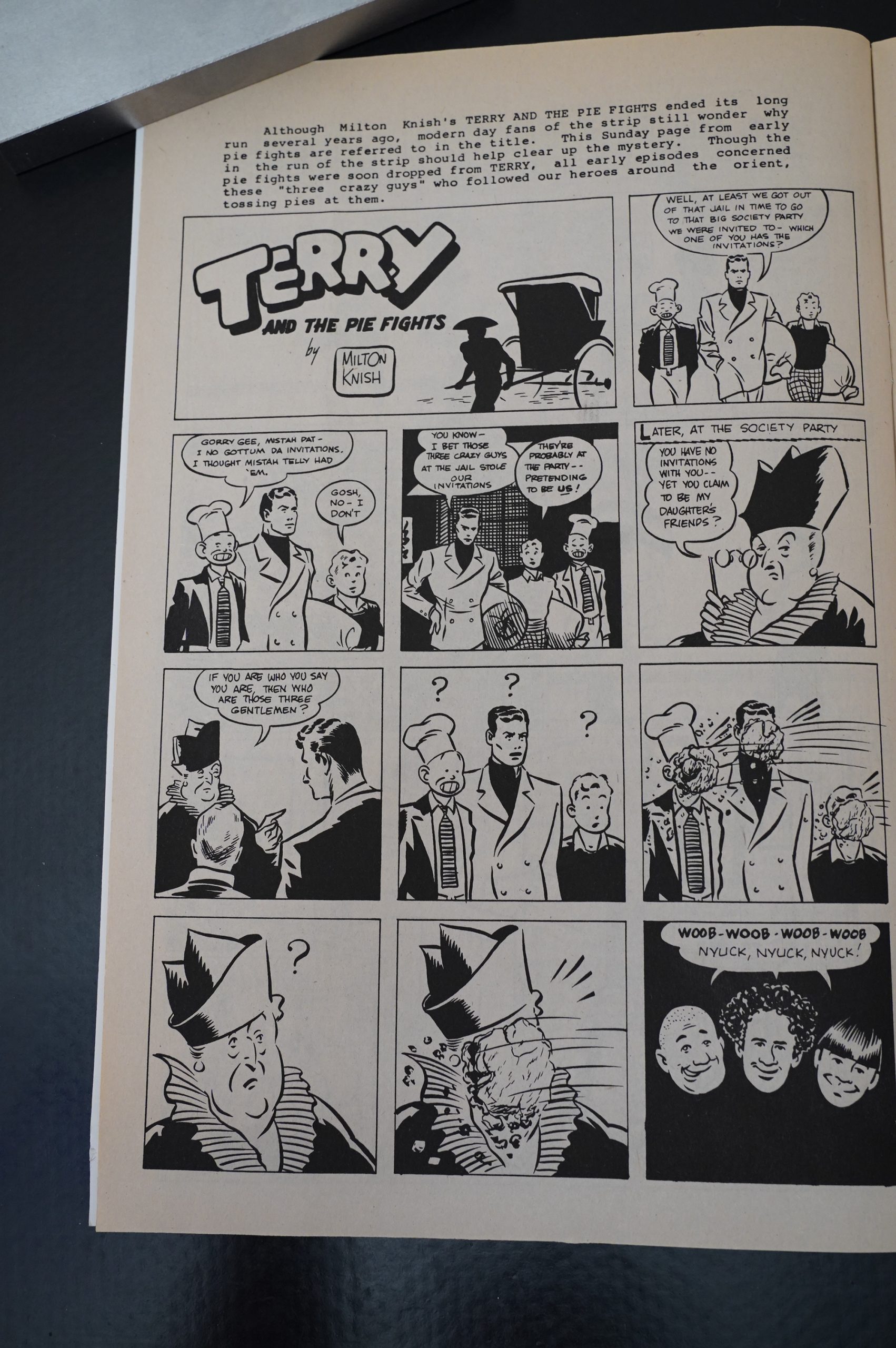 Some of the gags have better premises than execution, though: I find “Terry and the Pie Fights” inexplicably funny, but the Three Stooges resolution comes as a let-down. I mean, only slightly; it’s still funny. 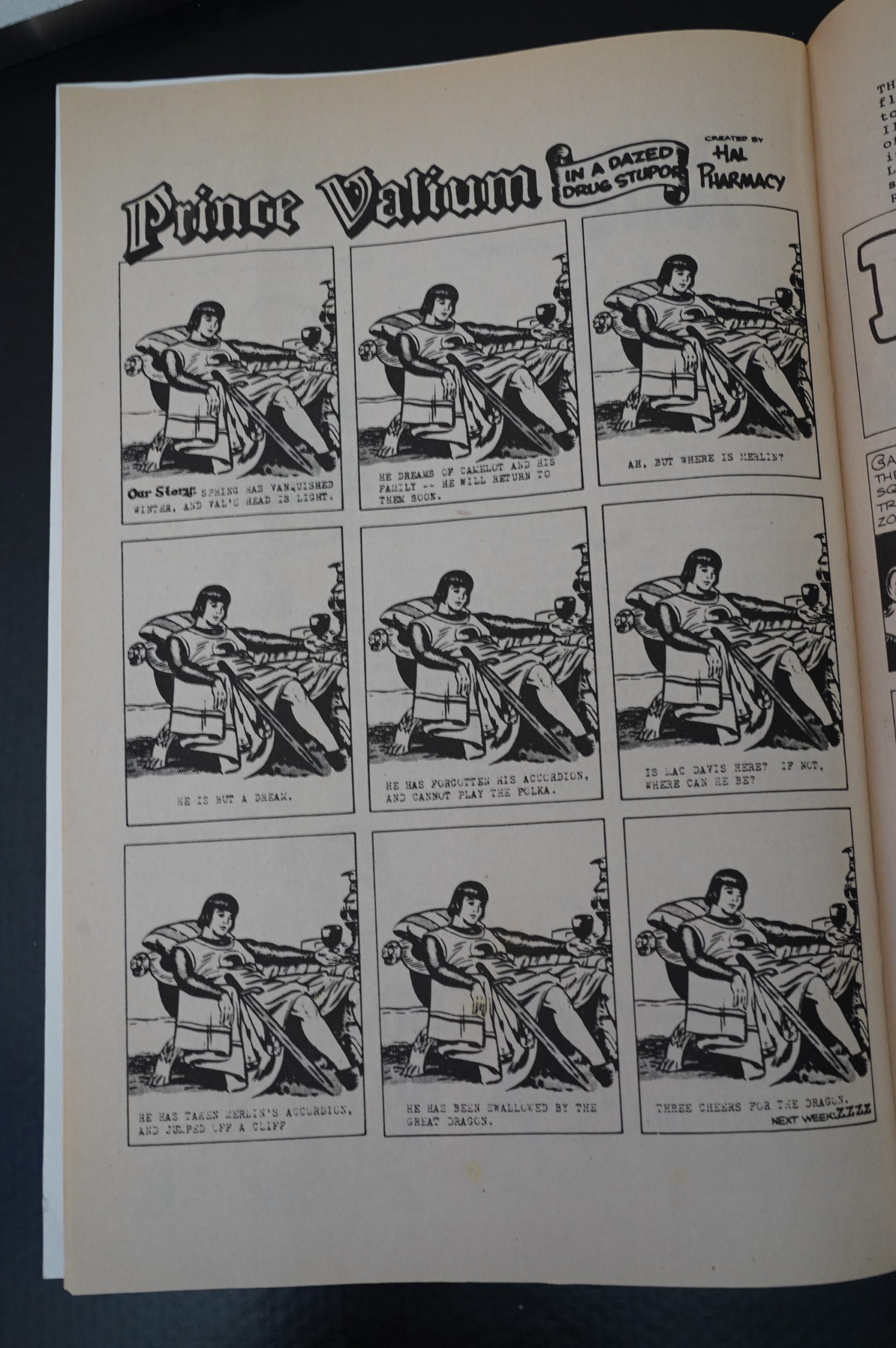 And Prince Valium, of course, which sums up the strip in its later years very well. 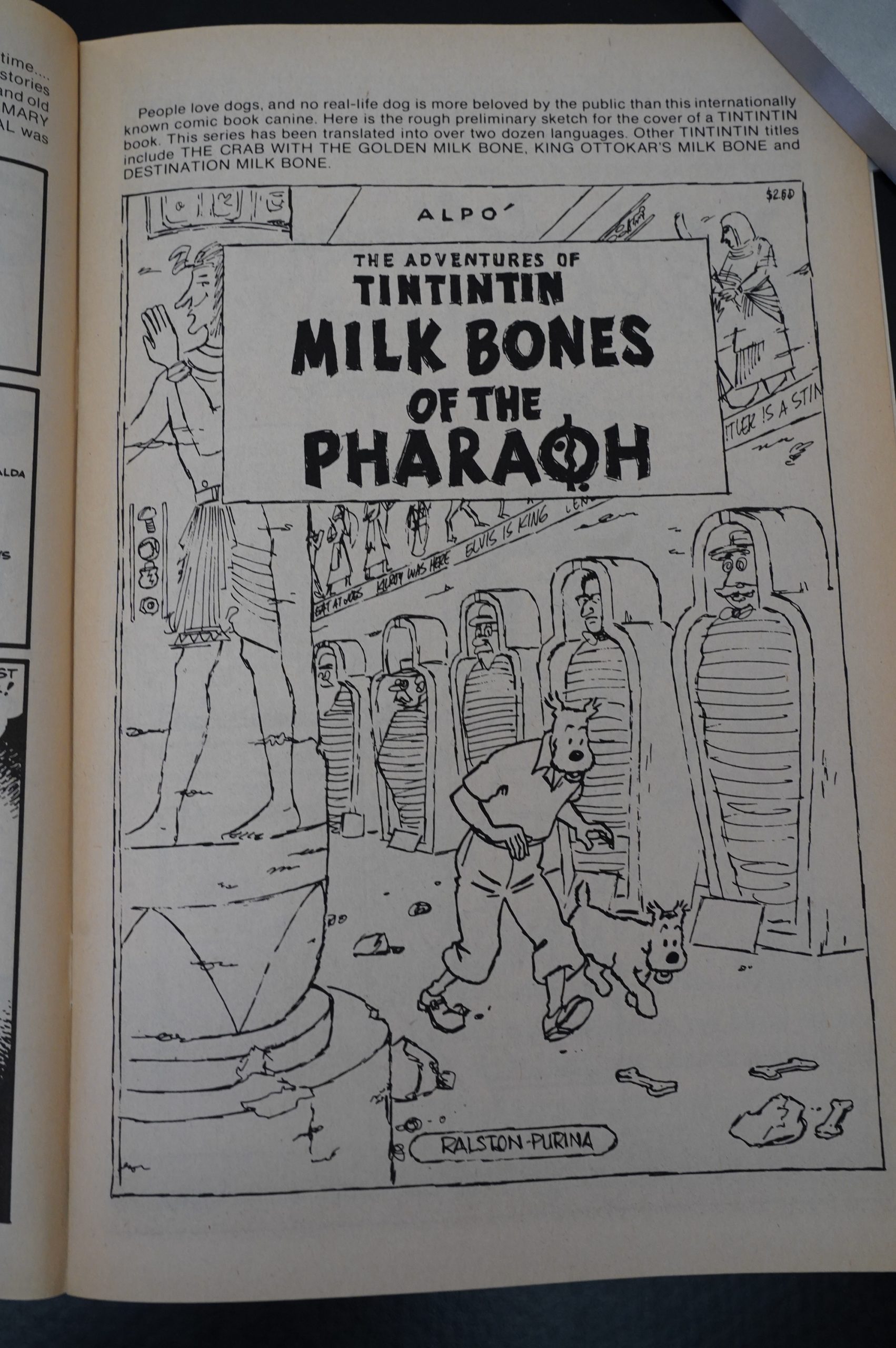 The second issue mostly drops the “fake history” thing, and we instead get random parodies, like this Tintin one… which… I like the artwork, but the joke could have been elaborated upon. 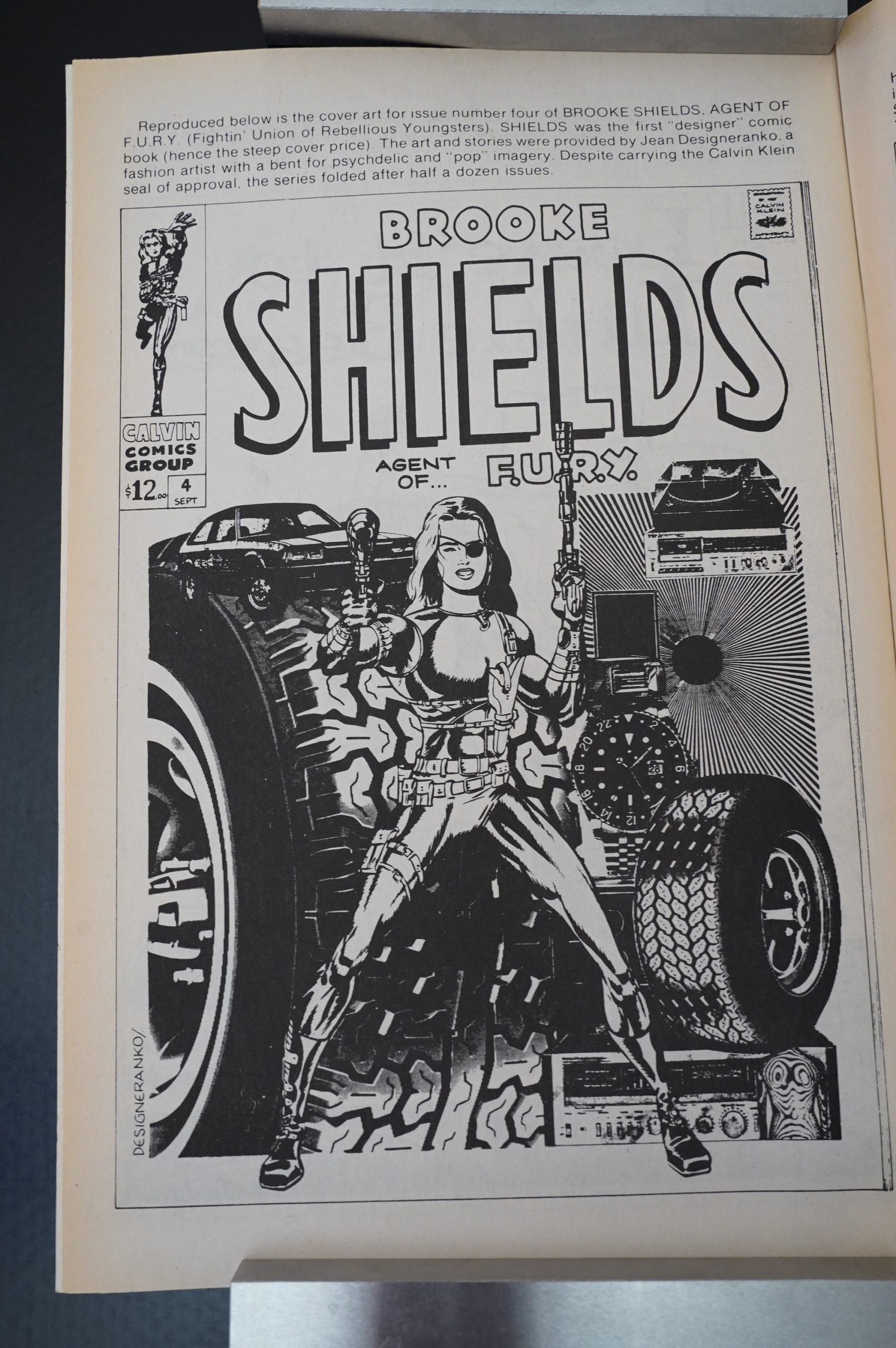 I think this is pure genius. “Brooke Shields, Agent of F.U.R.Y.” is funny in itself, but then you notice the savage parody of Steranko in “pop art” mode going on here. It just gets funnier and funnier the more you look at it. 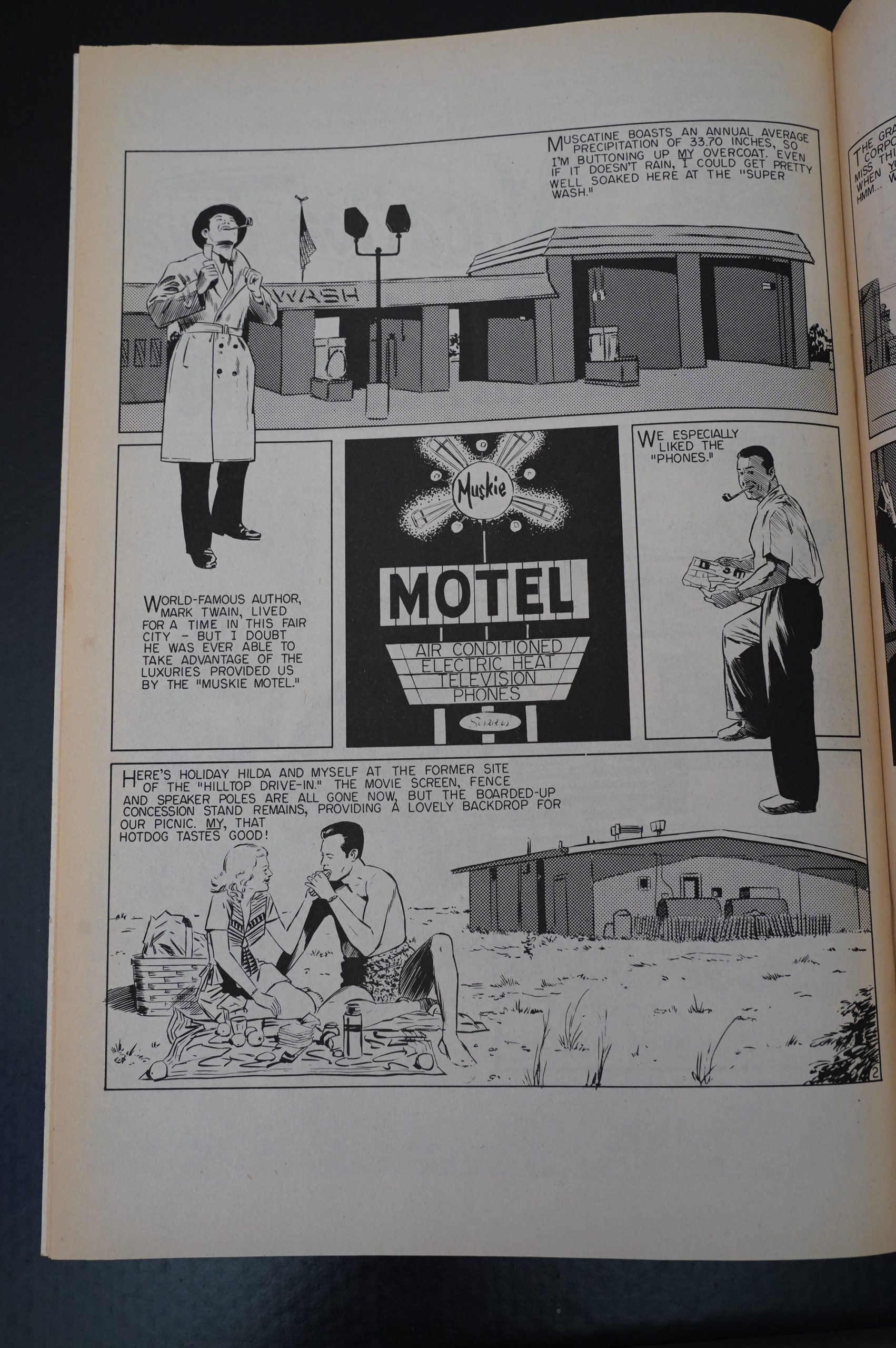 And then… the issue drops even the comics parody thing, and we end with something… that I’m not sure what’s… what… but the artwork is very nice indeed. 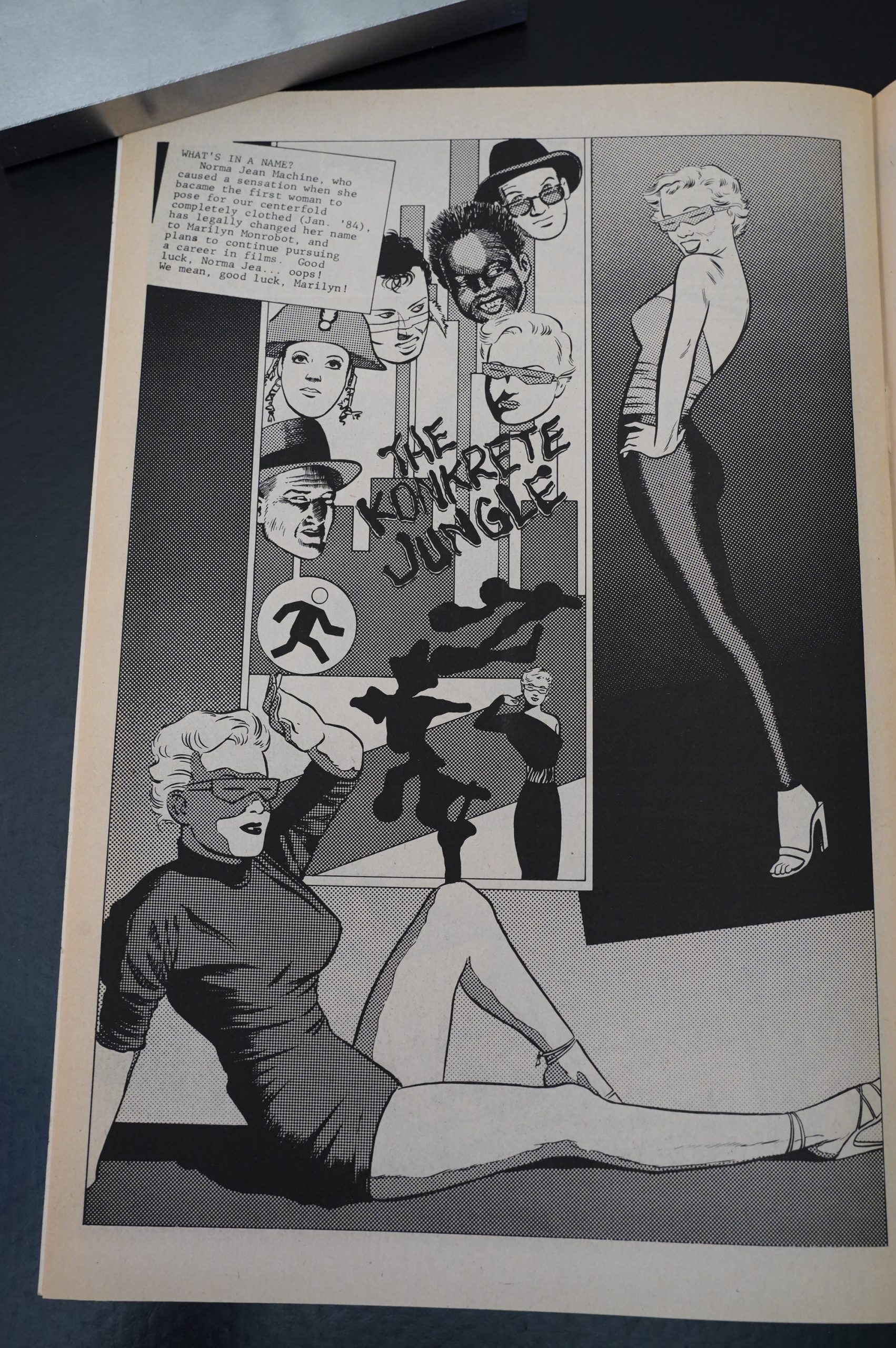 Also very nice artwork, but… these were just pages Beatty scrounged up to pad out the issue?

Since this starts out with such a strong premise, it’s a bit frustrating to see it just fizzle into randomness… but: Every piece here is entertaining, so whatever.

It was a nice idea to collect Terry Beatty’s
The Phony pages into a two-issue mini
series. These things are fun to page through,
and I loved the three-pager devoted to
‘ ‘Holiday Hal’s” vacation in Muscatine,
Iowa. The travelogue is a much-underutil-
ized comic book genre, and Beatty is its Hal
Foster.

These comics have apparently never been reprinted? And I wasn’t able to find any discussion of them on the interweb except this:

These are funny, but they all look traced, which is depressing.