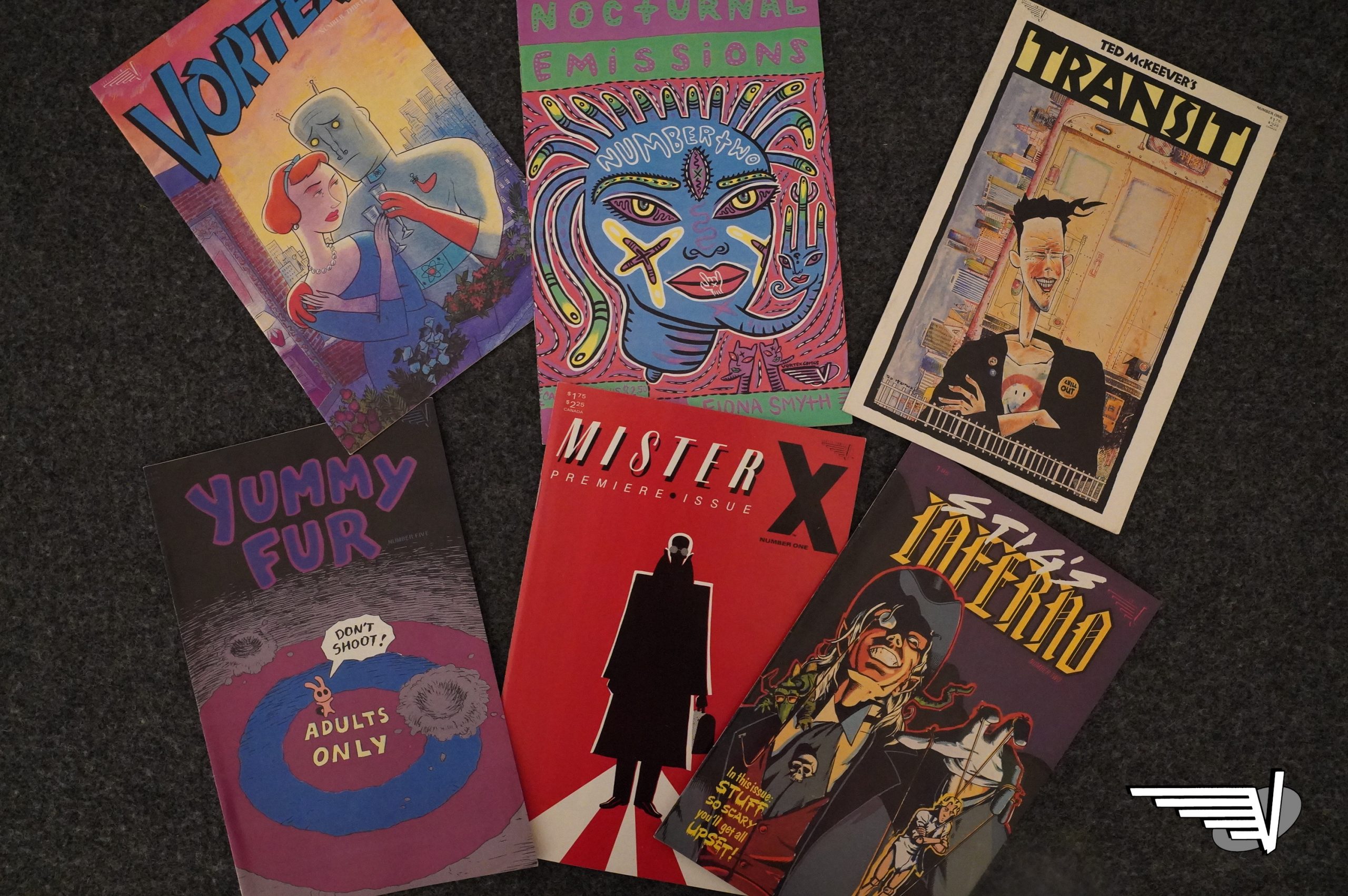 Often when I’m walking down the street, people will stop me and ask me “Lars, what’s the best mid-80s alternative American comics publisher?” To which I’ll respond by thwapping them over their heads with my backpack, which doubles as an assault weapon.

But upon arriving home to my humble garret, I’ll frequently start pondering the issue. “Yes… what *is* the best mid-80s alternative American comics publisher, anyway?”

The obvious answer is Fantagraphics, because Love & Rockets. And certainly, Fantagraphics has published more good stuff than anybody else, so they win on a quantity walk-over. (Is that a term? I’m not so “up” on the “sports”.)

But they’ve also published so much dreck.

There’s also micro-publishers that have published, like, one series, and that one was quite good, so do they win?

So let’s set some parameters: Of all the mid-80s alternative American publishers that published more than a dozen series, who had the highest hit to miss ratio?

And I think the answer is Vortex Comics.

I KNOW! SO CONTROVERSIAL!

Not just because the owner was (well, is) Bill Marks, who famously didn’t pay people unless you showed up at his office (ALLEGEDLY!), but also because Vortex Comics is Canadian, and is therefore disqualified.

Hah! I spit on your petty rules! VORTEX RULES!

At least… that’s what I think? I was bigly into Vortex as a teenager, but I haven’t read these comics since then. Perhaps I was wrong!?! PERHAPS IT”S ALL SHITE BECAUSE LOOK: 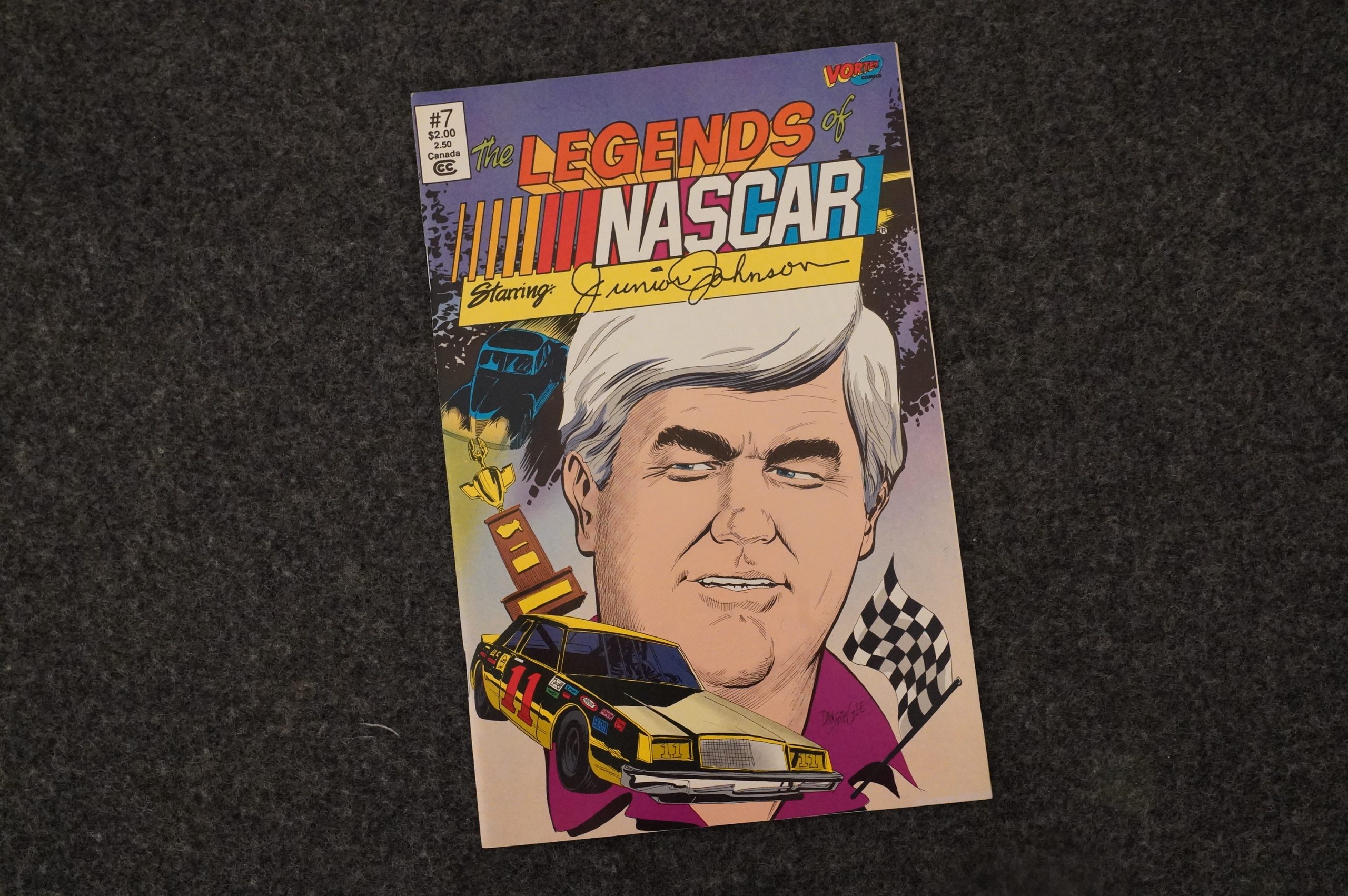 I already had virtually everything Vortex had published (yes, even S’Not for Kids), but of the few things I had to pick up for this blog series is this… thing… about Nascar…

So join me for an action-filled blog series where I’ll, er, re-read everything Vortex published (and watch some of their films) and bitch about things you don’t care about. I’ll also get into the controversies (there’s a bunch of them), and a surprise Dave Sim crossover.

I’ll be aiming for a post a day, so this should be over within a month.

25 thoughts on “Into the Vortex”