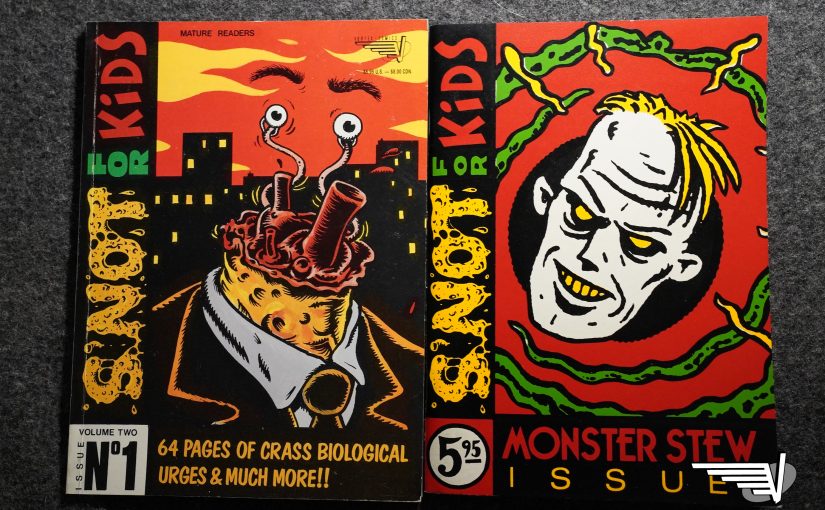 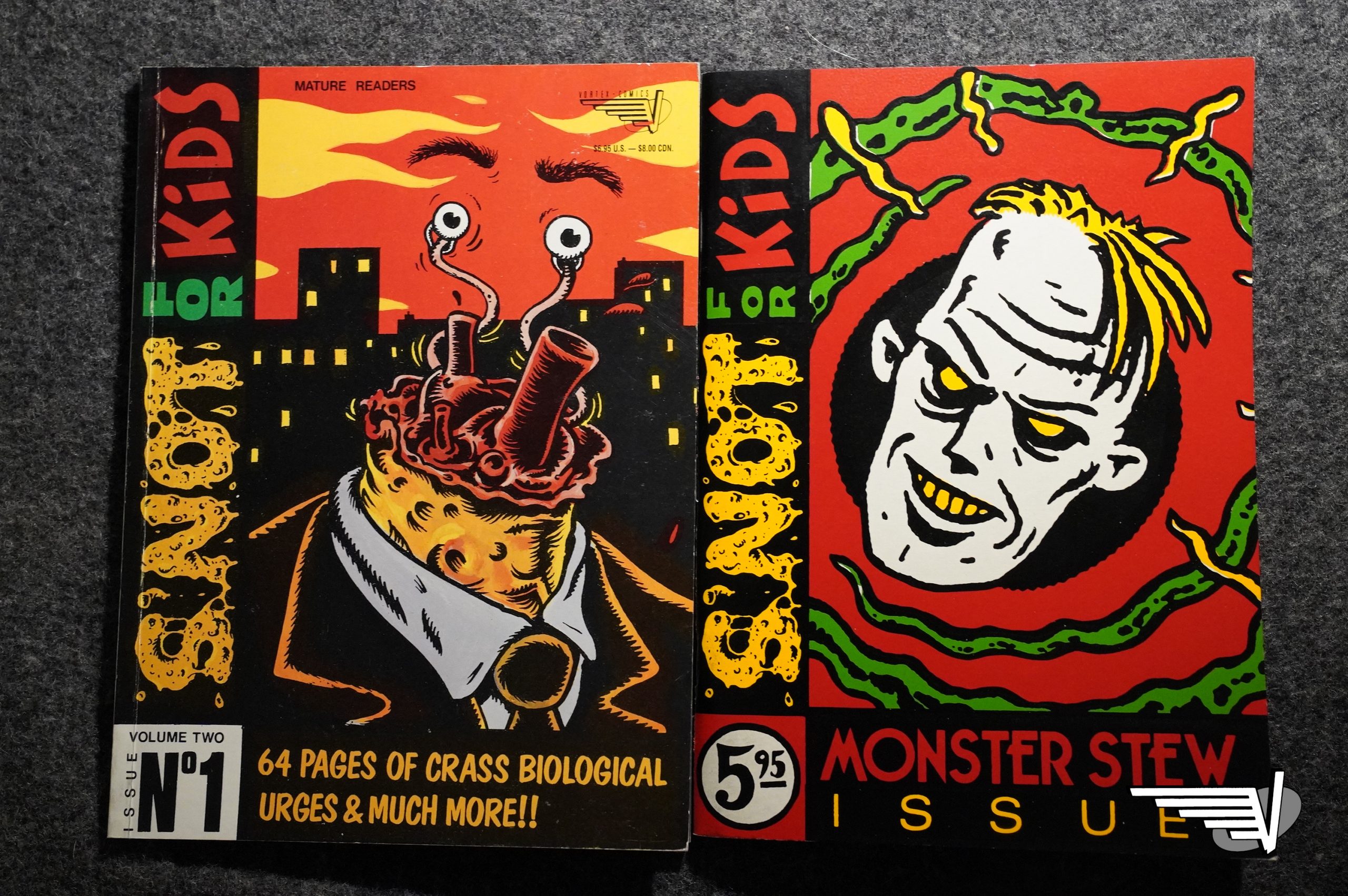 I bought the first issue of this at the time, but didn’t know there was a Vortex connection. And perhaps there isn’t?

No publisher listed. Assumed to be Vortex due to Vortex being the publisher of S’not For Kids V2#1.

Anyway, I thought the first issue was really good back then, but I haven’t read it in a few decades. 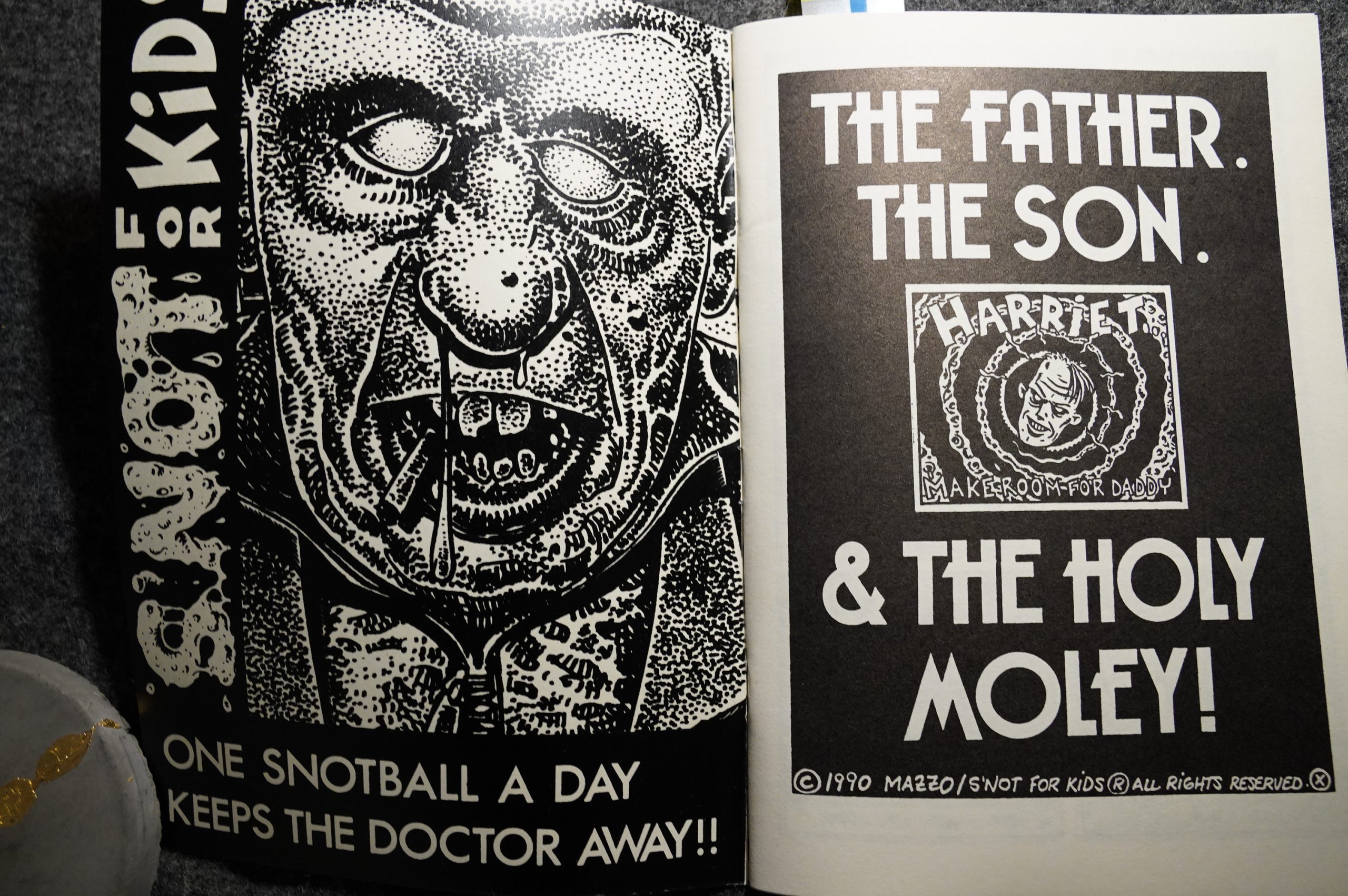 It’s ostensibly an anthology, but Matso (or Mazzo, as it’s spelled here) does at least half of the pages, and I’m not sure the other contributors actually exist? They have names like “Donald Dick” and “Max Malice”… 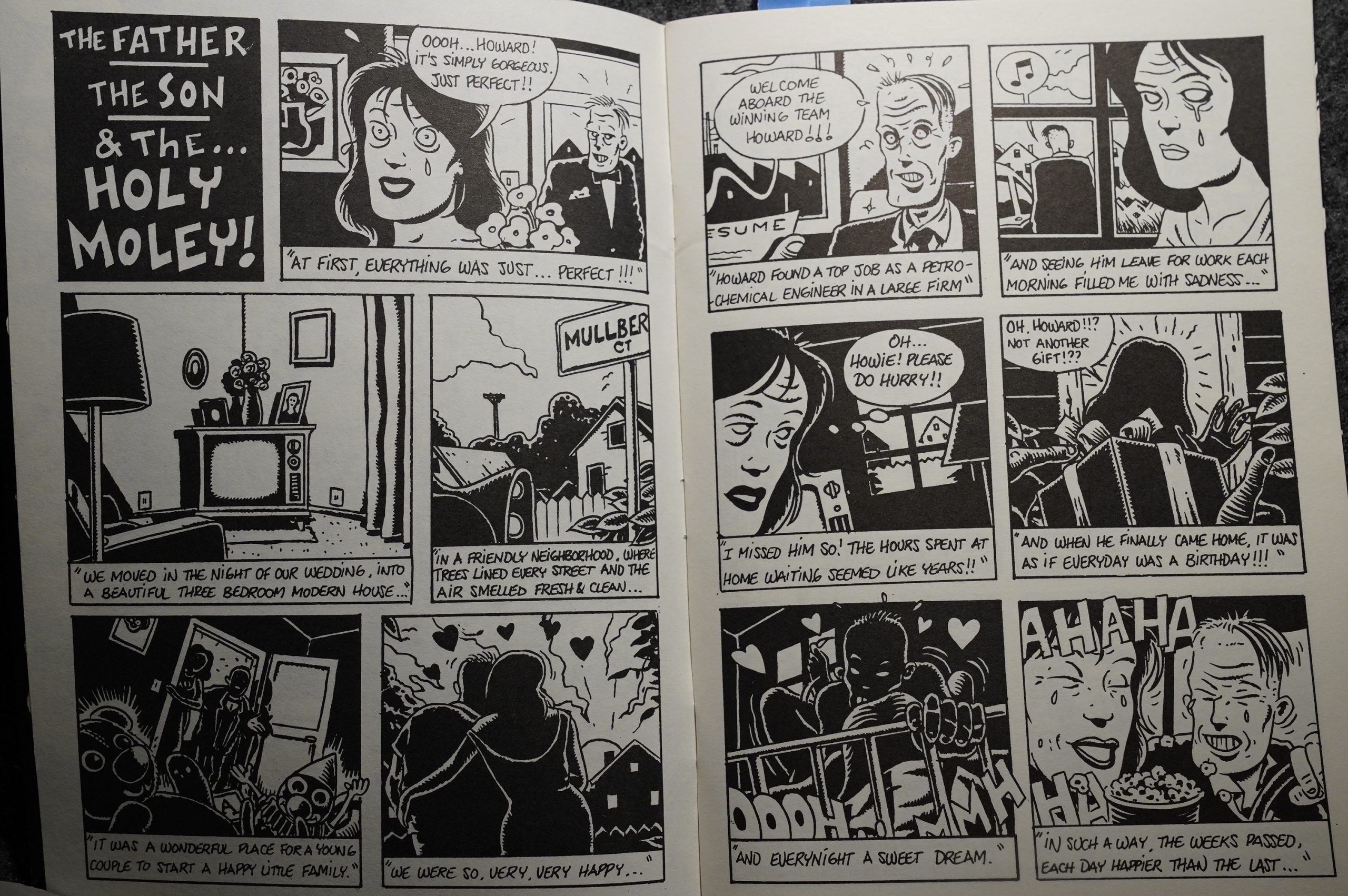 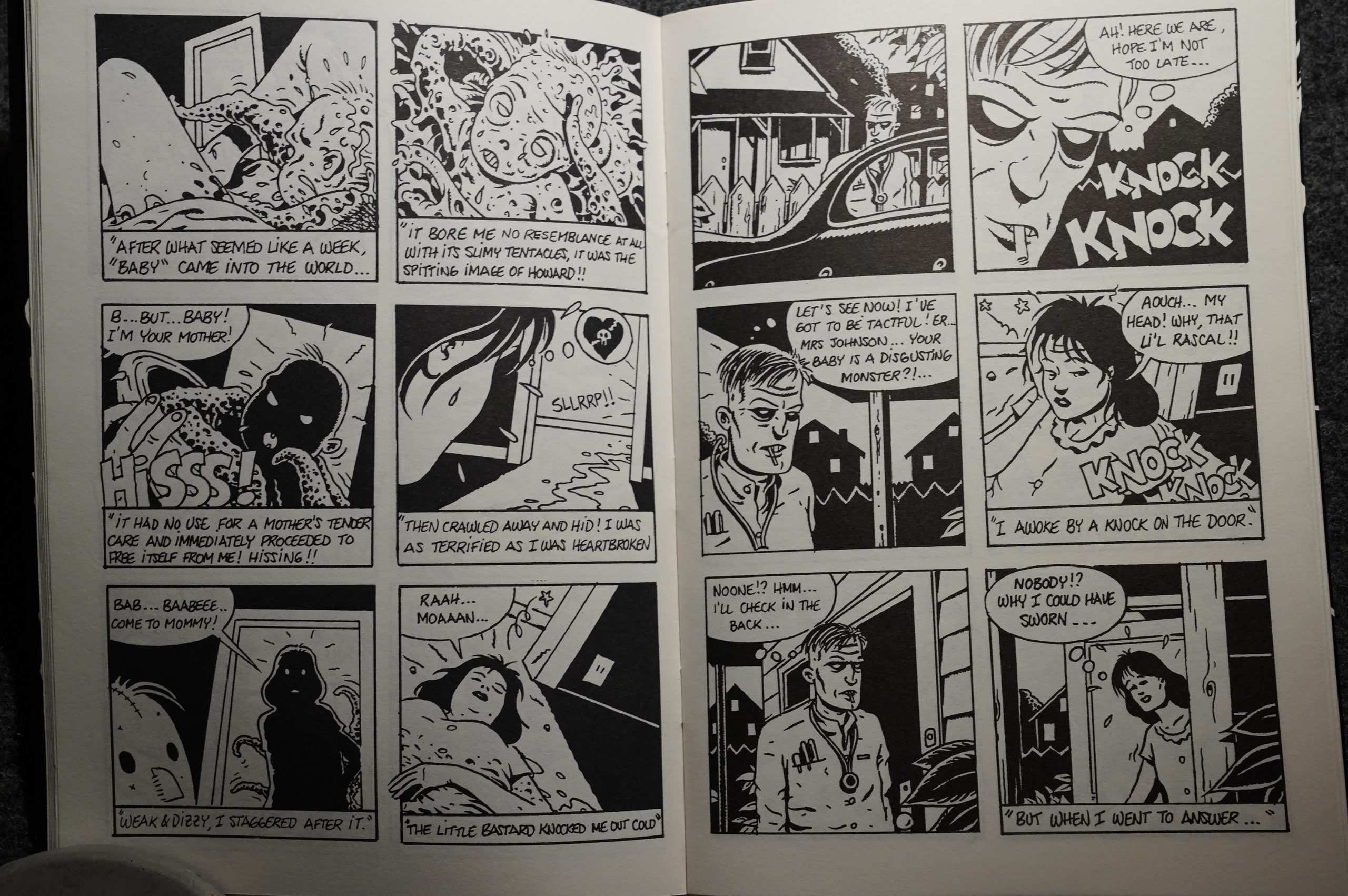 The story’s pretty fun, and it doesn’t follow traditional O. Henry rules. I mean, there’s a twist of sorts, but it’s… not exactly what you’d expect? 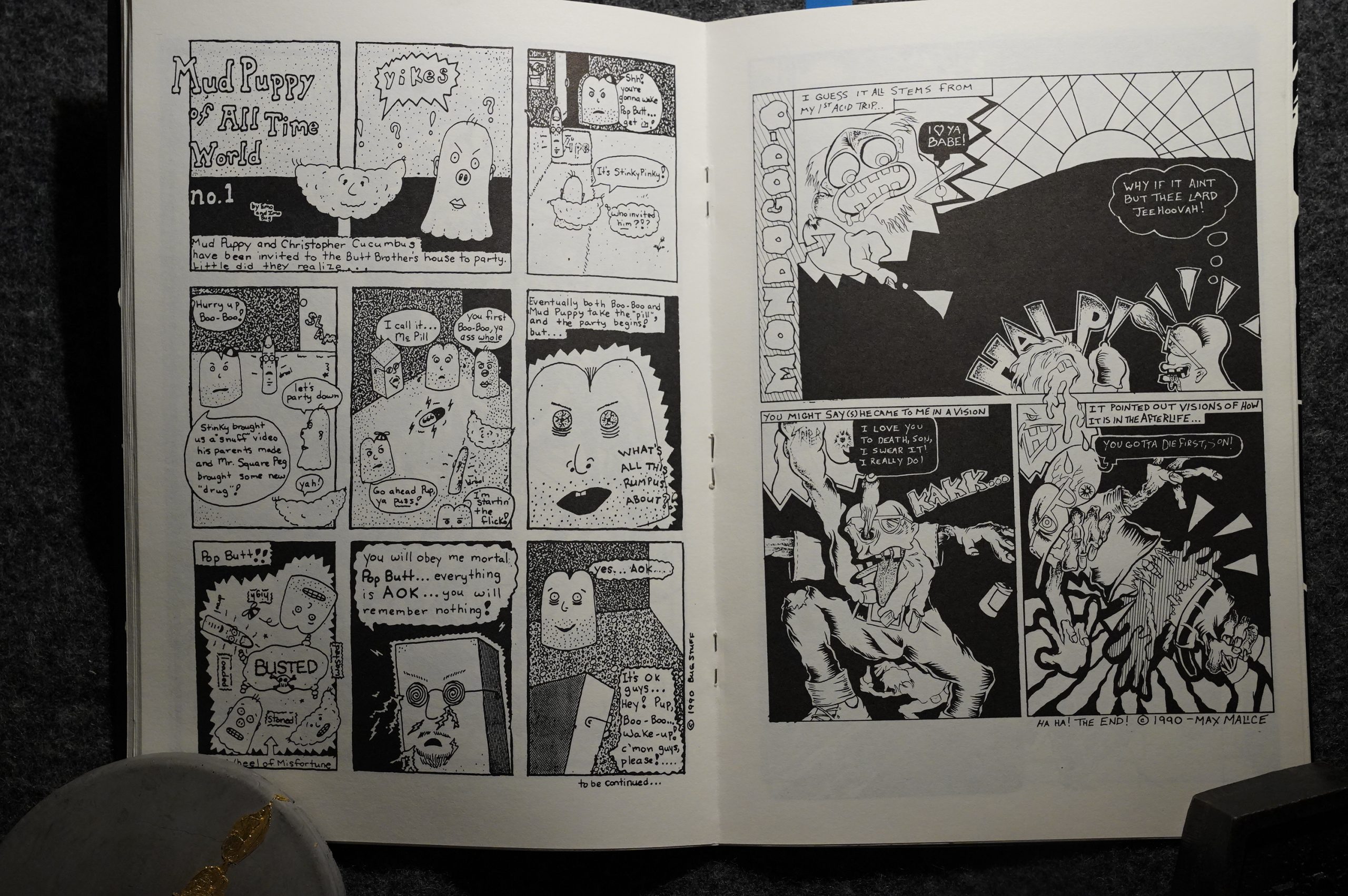 The other contributors (if they exist) are less accomplished. But you have to admire the insanity. (And I’m not giving you snaps of the pages of incest and rape; being all transgressive was really popular at the time. OK, Mike Diana is still a couple years off, I guess?) 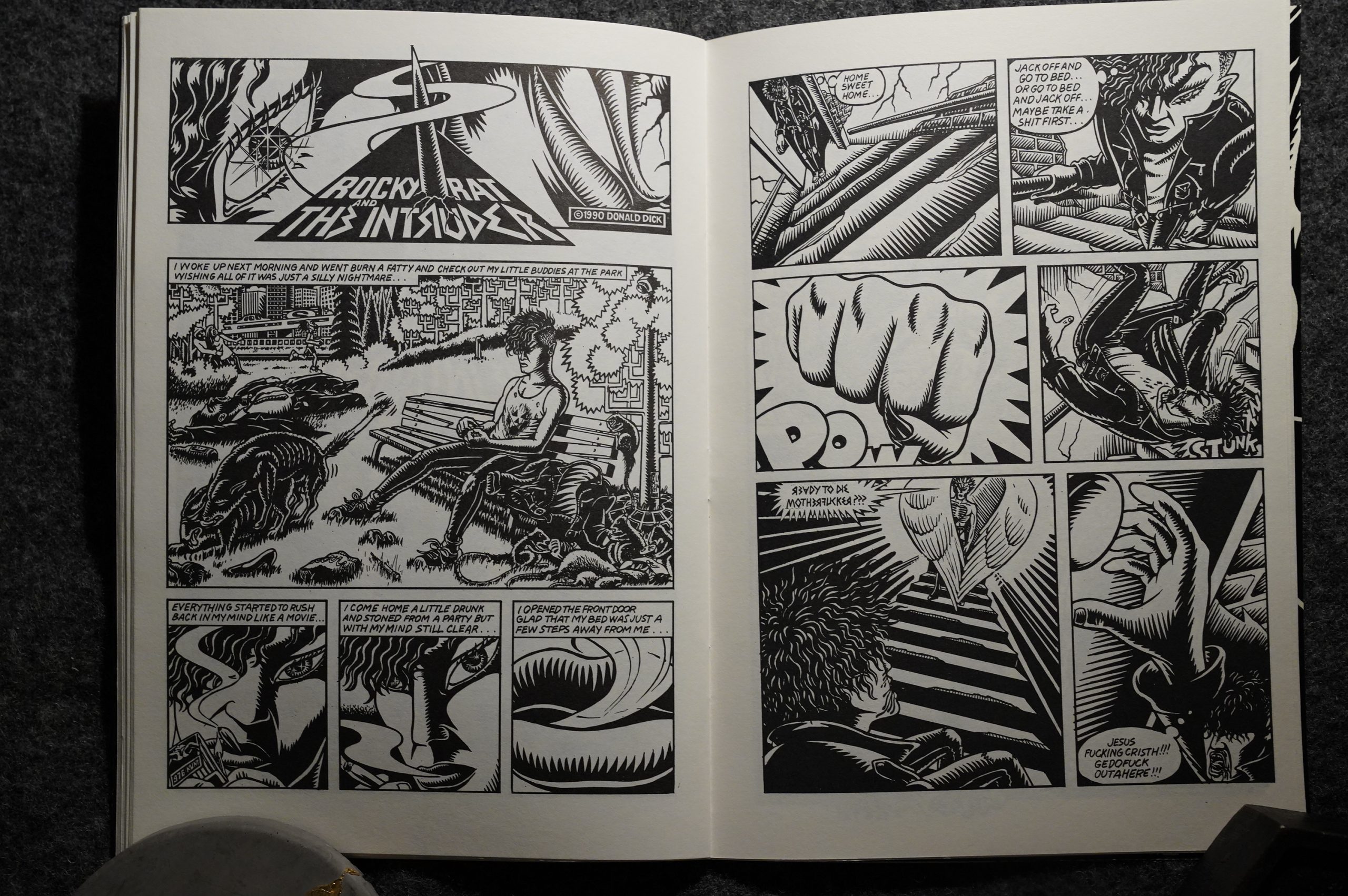 The other long story in the first issue is by Donald Dick, and the art style is wild and accomplished. It ends with that guy cutting off the devil’s (I think) penis, and then eating it before fucking the devil (who’s a hermaphrodite). I think? 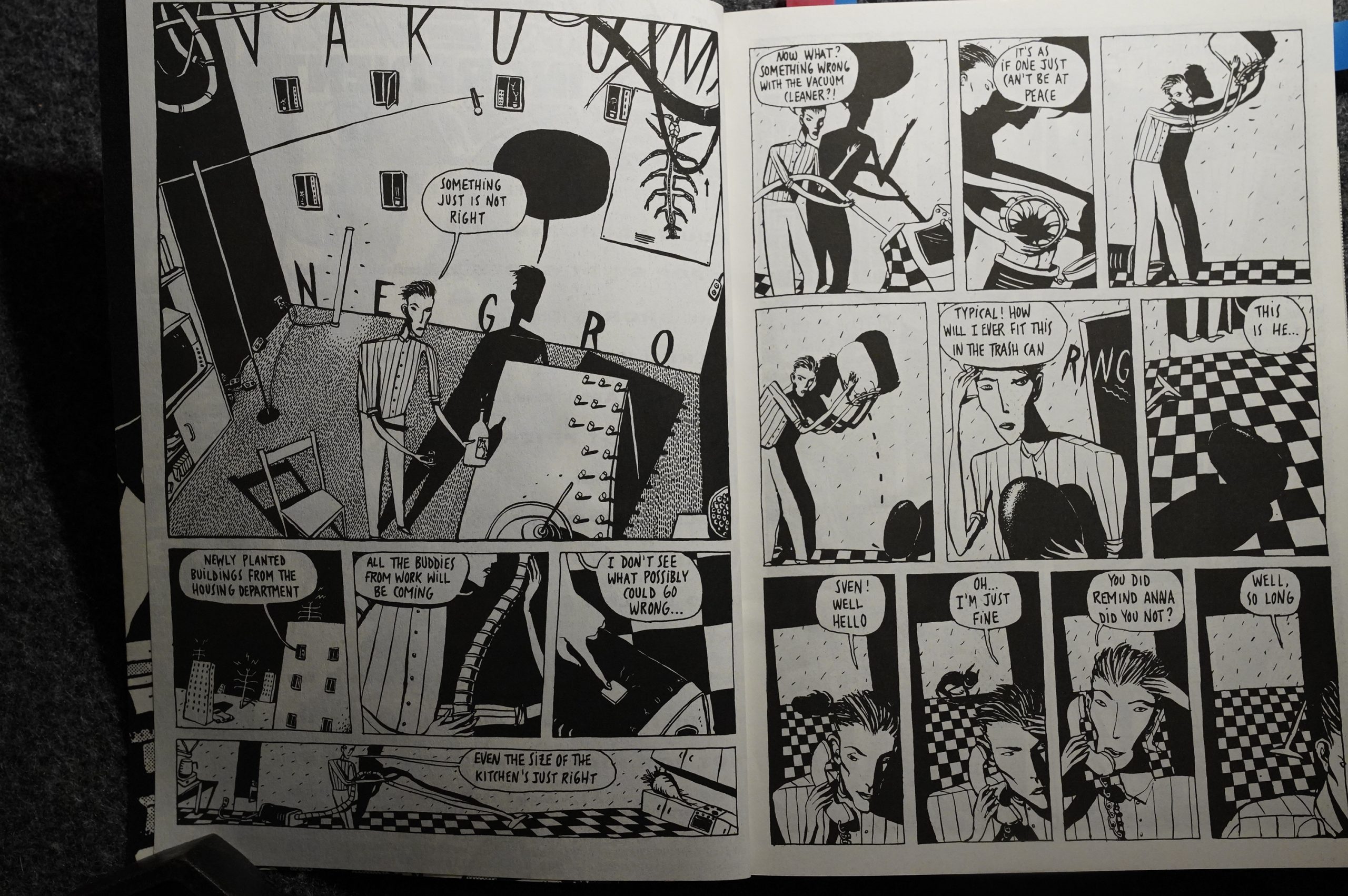 The second issue is squarebound and has … MAX ANDERSSON! My favourite. This is a very early Andersson story, and I wasn’t aware of him being this influenced by Mark Beyer — he dropped that pretty quickly, I guess? Anyway, it’s a totally out there surreal story, and it’s great. 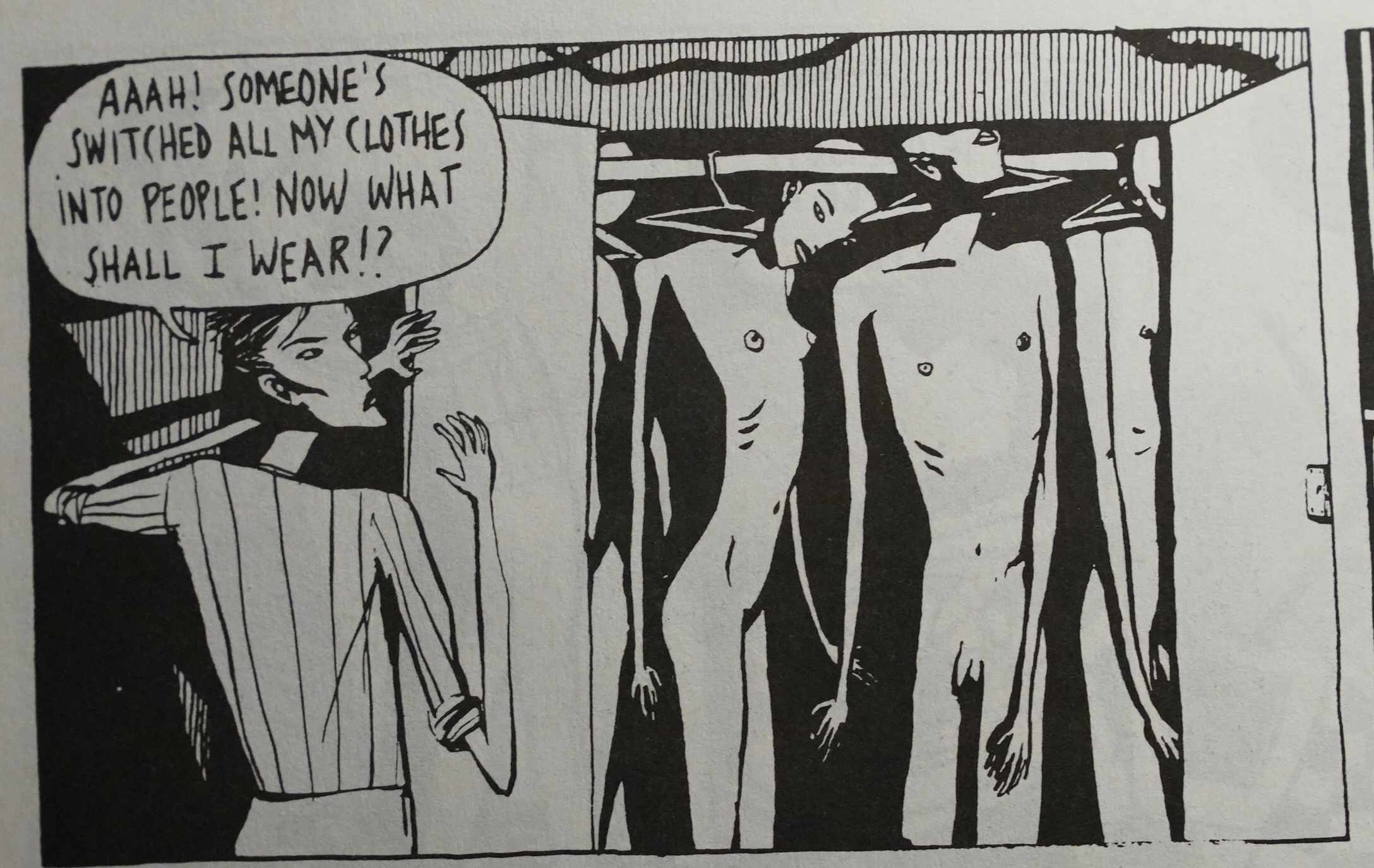 Don’t you hate it when that happens! 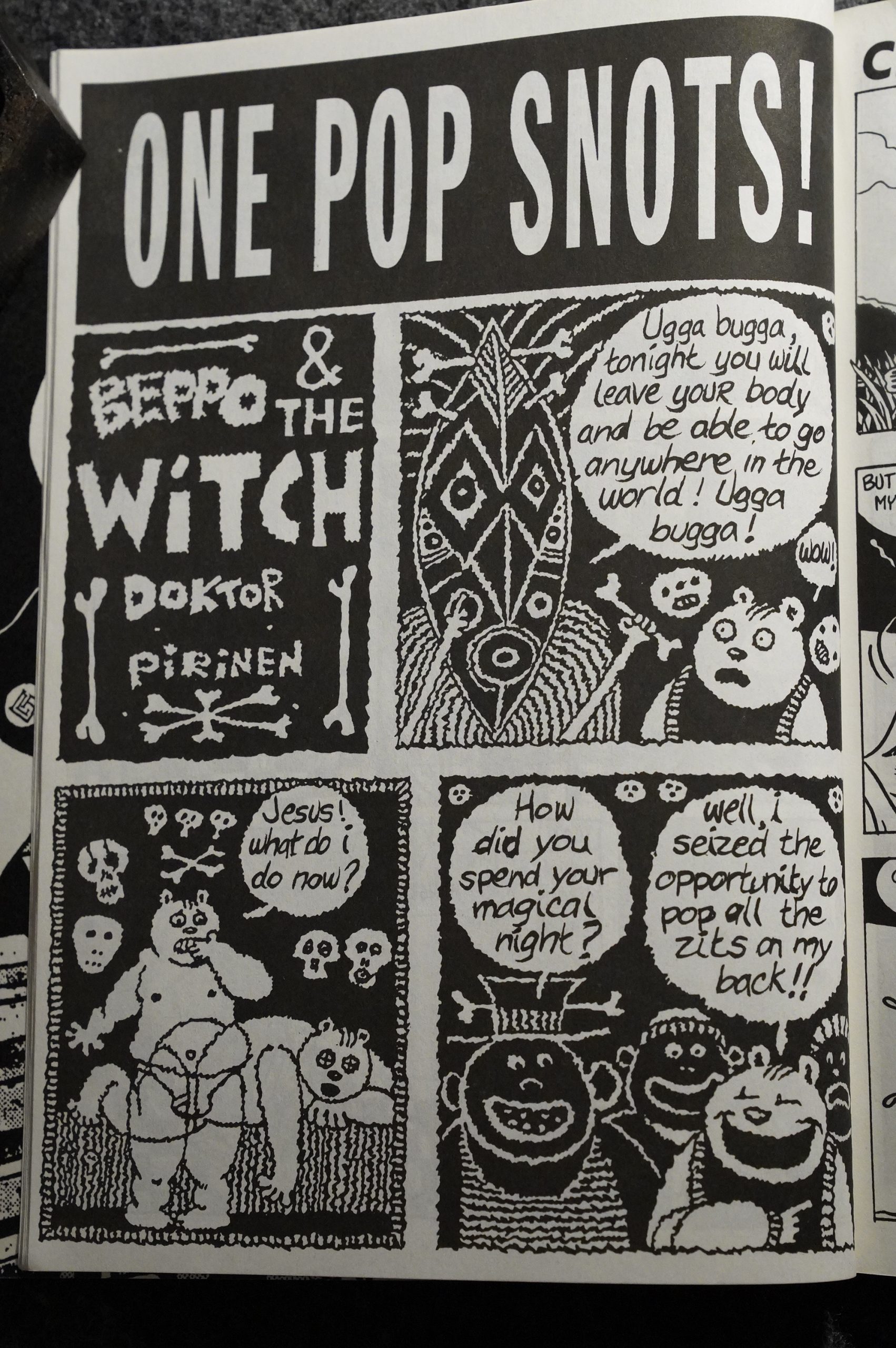 I guess this is made on a computer? Good joke, though. I’m not sure who made this; the table of contents is a bit unclear… 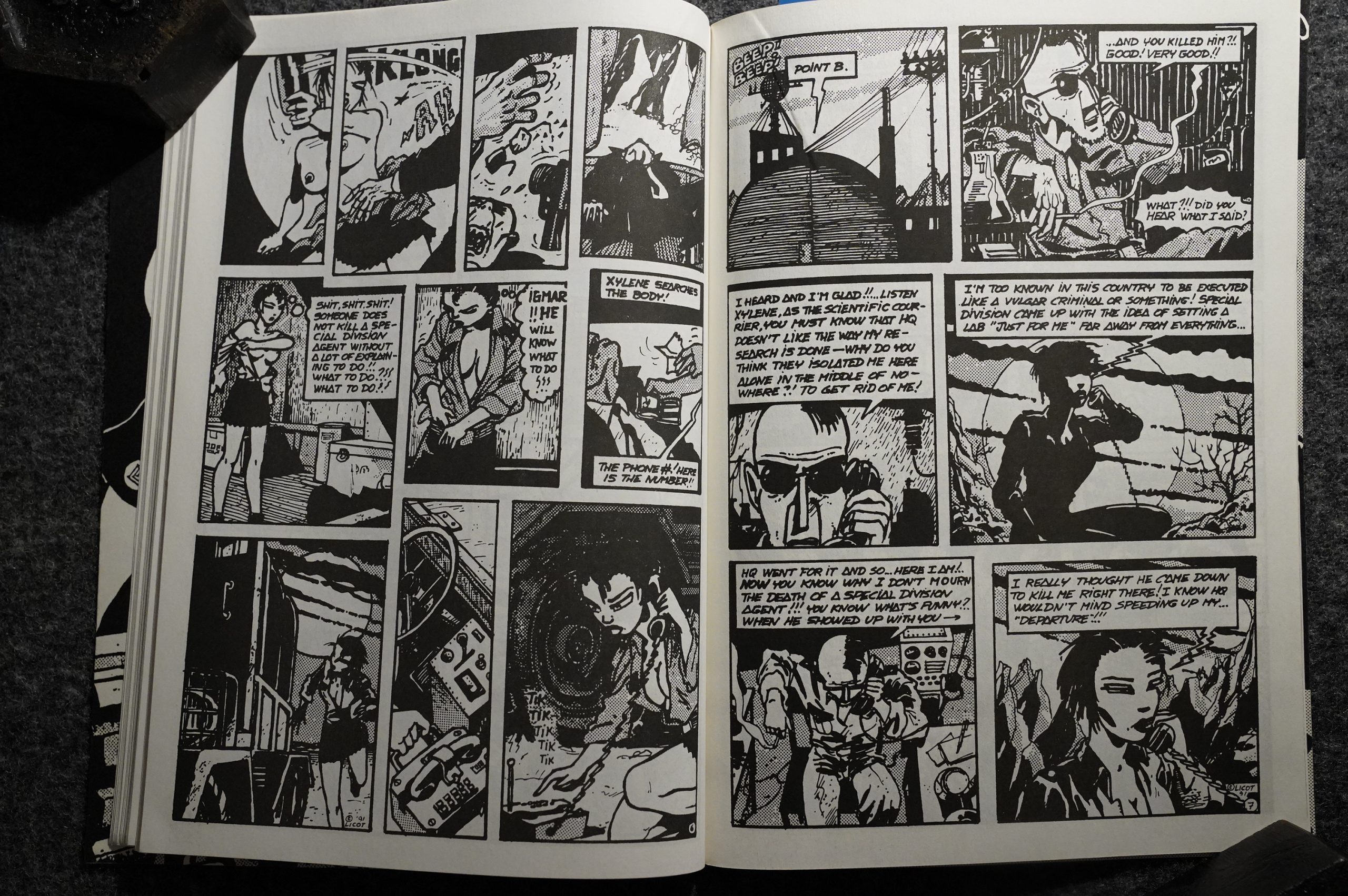 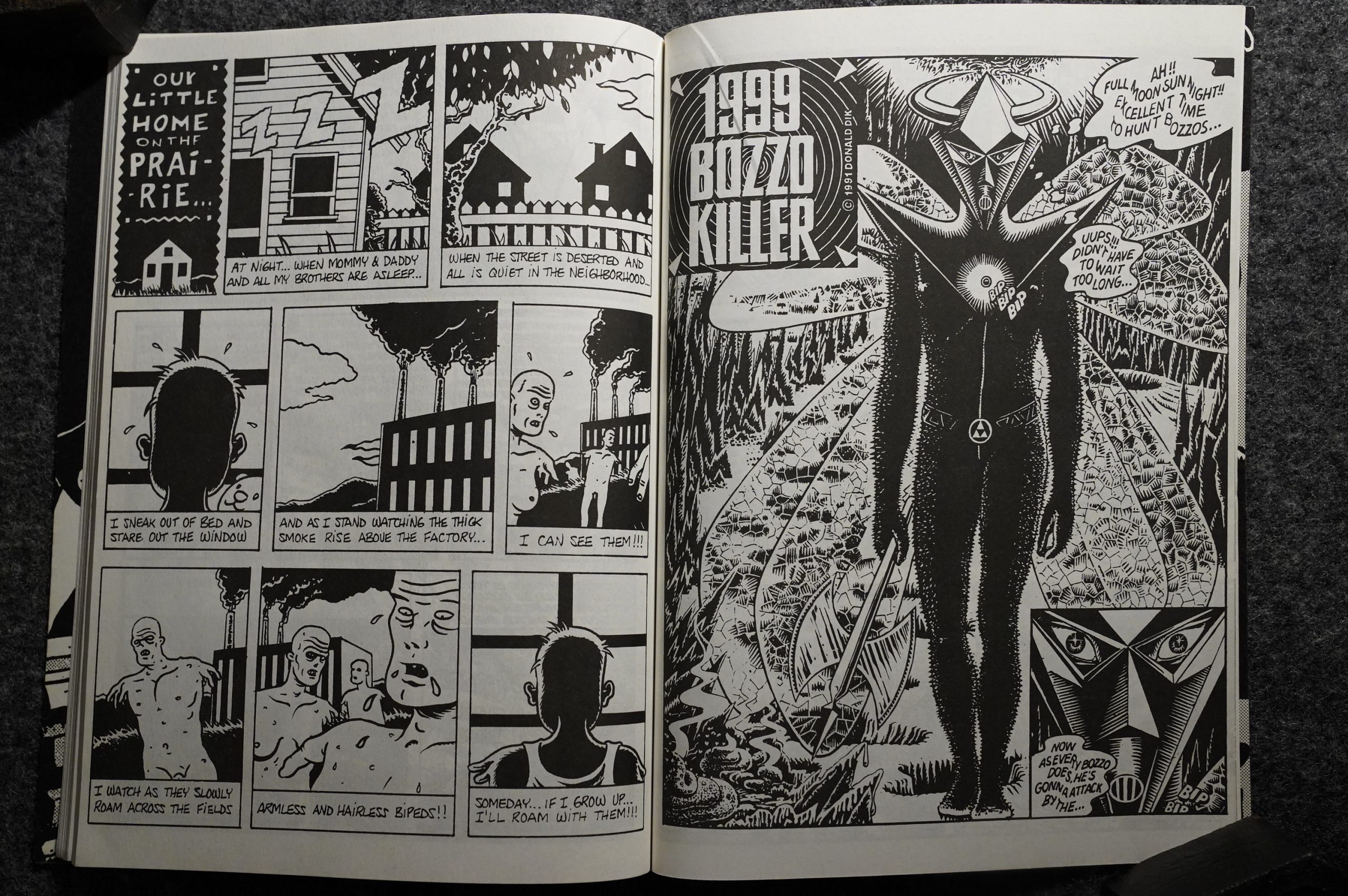 It’s a classic of violent absurdity.

Amazing Heroes #185 has the first issue as being published by Stromberg Publishing: 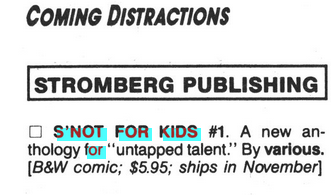 That cover is the inside front cover of the first issue I have, so … perhaps… Vortex reprinted it?

I’m unable to find any discussion of these books on the interweb.