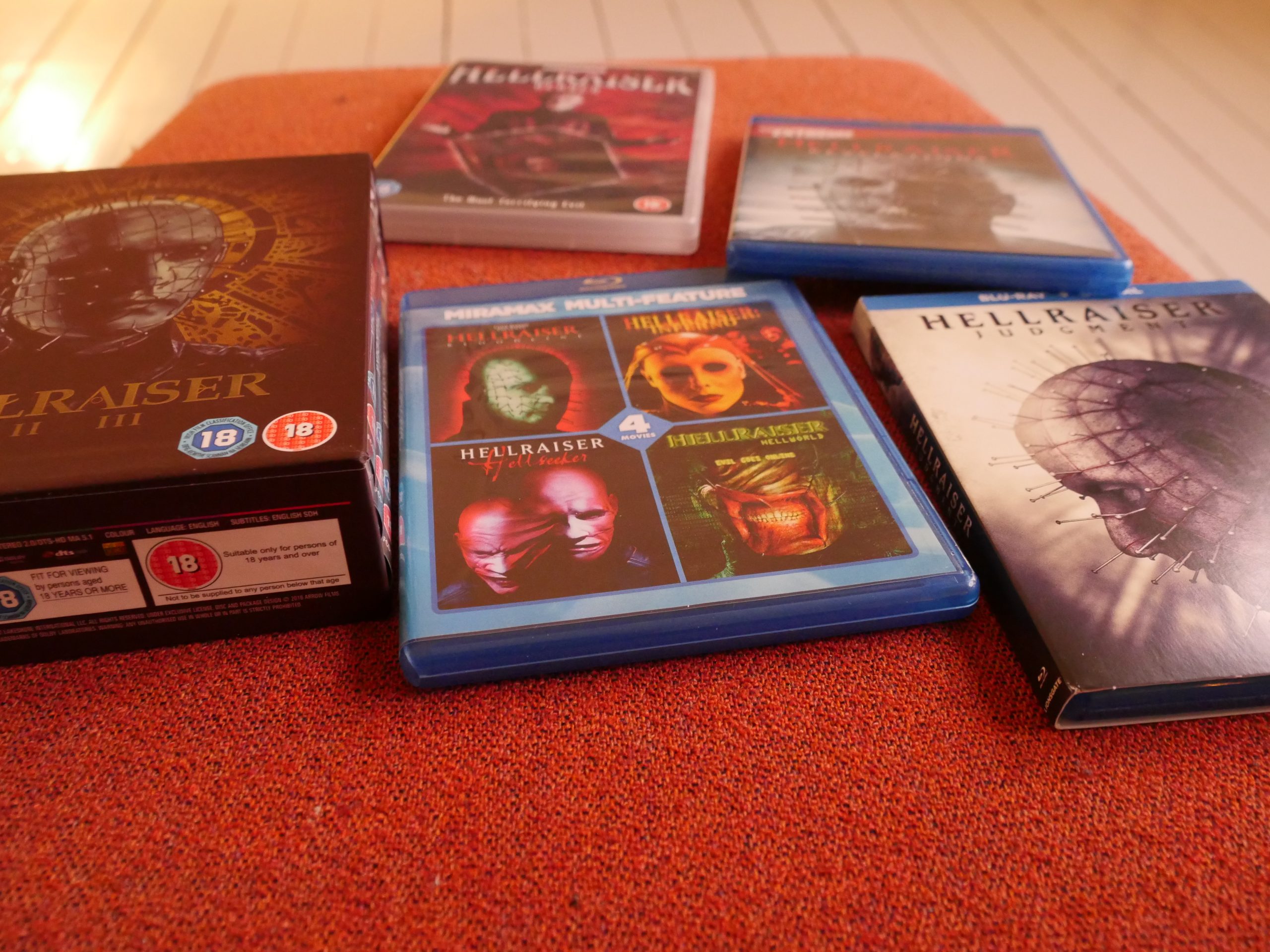 Last year, I re-read a bunch of 80s comics published by Eclipse Comics, and among these were a a bunch of adaptations of Clive Barker short stories as well as a couple of fannish books about him.

I quite enjoyed reading his Books of Blood at the time: They were something new and fresh in the horror genre. Every story in those collections were shocking. But as he started writing novels, I lost interest, because he didn’t really seem to have that much more to offer, I felt at the time.

And boy, reading those Eclipse books about him really brought that vague feeling home: He’s obviously the smartest and most talented person in his clique, but that doesn’t mean that he’s, well, you know, that smart, really.

So what hellish impulse made me buy the ten (10) Hellraiser movies you can see on the picture above? Most of them in 2K bluray, even?

I used to be a horror movie fan, but I’ve grown squeamish. And these movies are, as far as I can recall, very bloody indeed.

But I’m just curious. One factor here is that when I saw the two original movies, I saw them in Norwegian VHS censored versions: You’d see a guy walking into a room, tense music rising, and then abruptly he’d be dead and the music is gone. If I remember correctly, they cut something like 15 minutes from both movies to make them acceptable. So they were very odd artefacts, really.

The other thing that makes me curious is how this movie series apparently has devolved, with the rights owners making movies just because they lose the rights if they don’t. Most of these are straight-to-video releases, and one of them was apparently only released in the Japanese market.

Here’s Wikipedia on the ninth movie:

In 2011, a ninth film was released to a single theater in California for a crew showing that was ostensibly open to the public. Hellraiser: Revelations is the first film not to feature Doug Bradley as Pinhead and was shot in two weeks for $300,000. It was suggested by Bloody Disgusting that the film was only shot so that The Weinstein Company would not lose its filming rights before it could produce a remake of the original.

Besides, it’s a great way to lose weight! I won’t be eating while watching these movies.

So over the next three days I’m going to be watching all ten Hellraiser movies. Join me for… 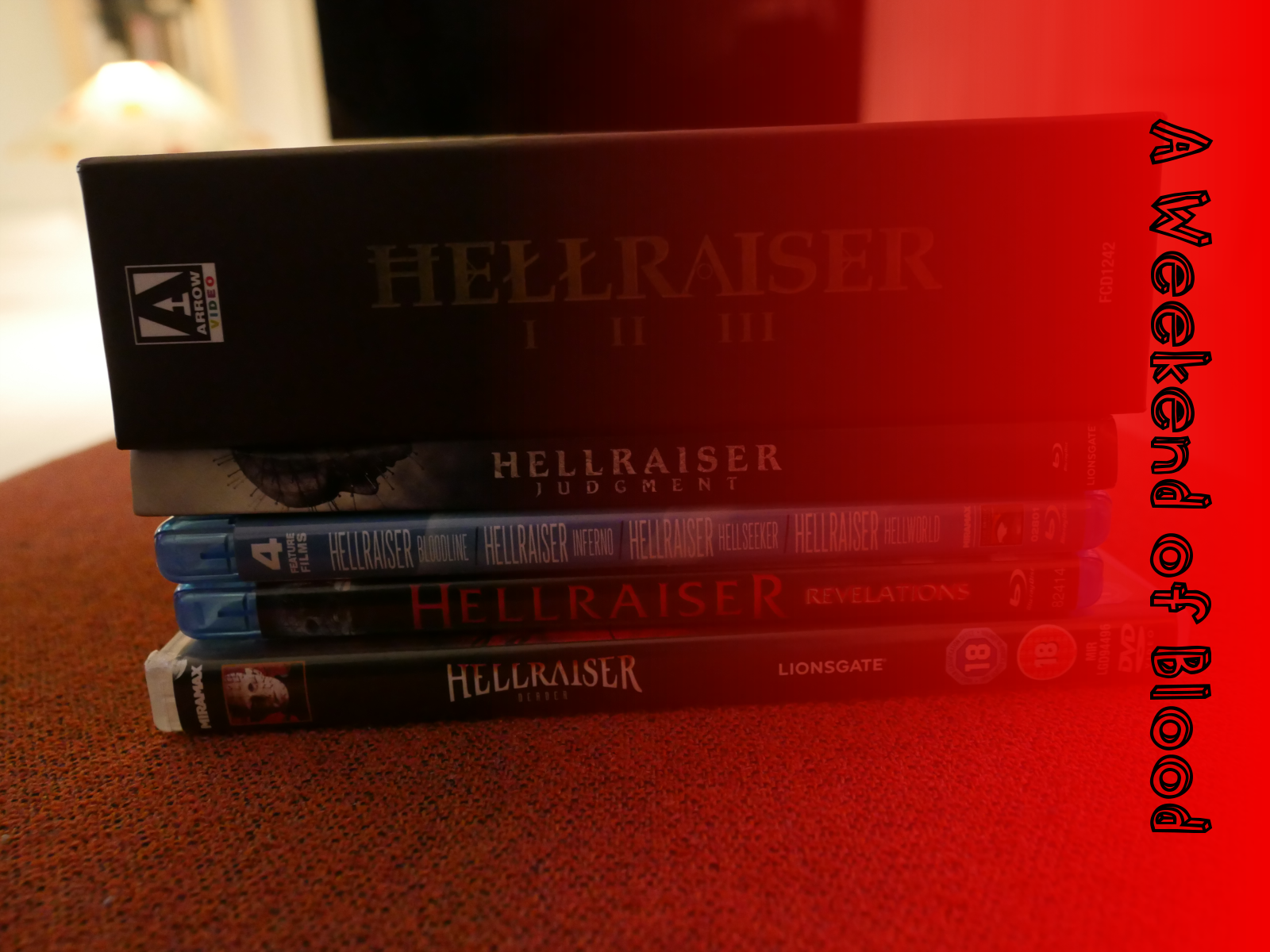 12 thoughts on “A Weekend of Blood”