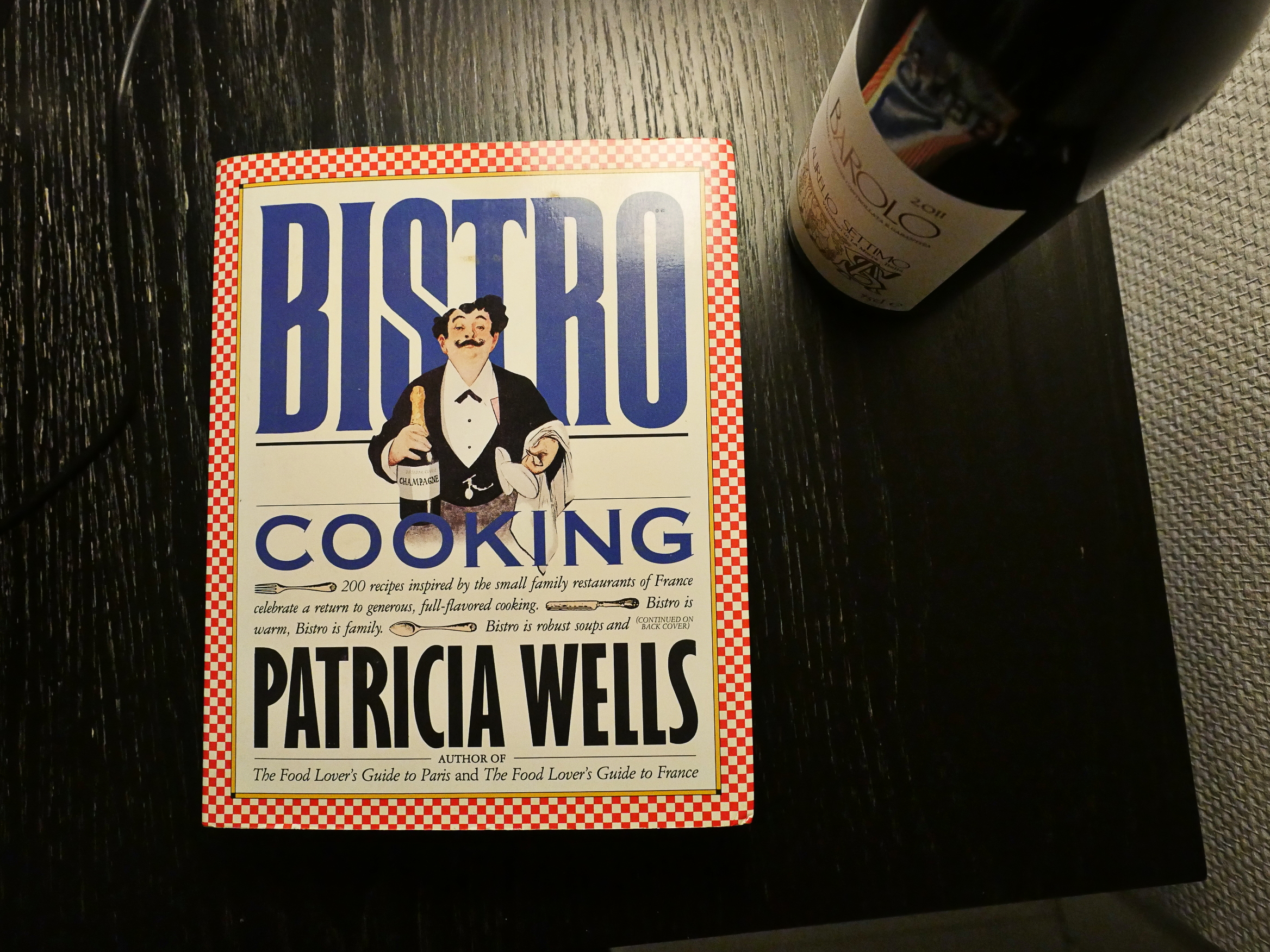 I’ve had this cook book by Patricia Wells for decades, and have always liked the results when I’ve made something from it. Which hasn’t been often, mind you, because I’m super lazy and the recipes often start with “take 25 rabbits…” and doing the required math to get down to the sizes I’m going for is a pain.

But I thought it might be fun to dig out my sliding rule and have a more focused go at it: Making all the recipes in the book. And since it’s so easy to pick the easiest one (even when not trying), that there should be some sort of system.

After pondering for what seemed like several minutes, I came up with this: I can choose freely among the chapters, but I have to proceed through the chapters sequentially. And I can make as many or as few dishes per night, so perhaps a salad and a mains or a dessert or whatever. 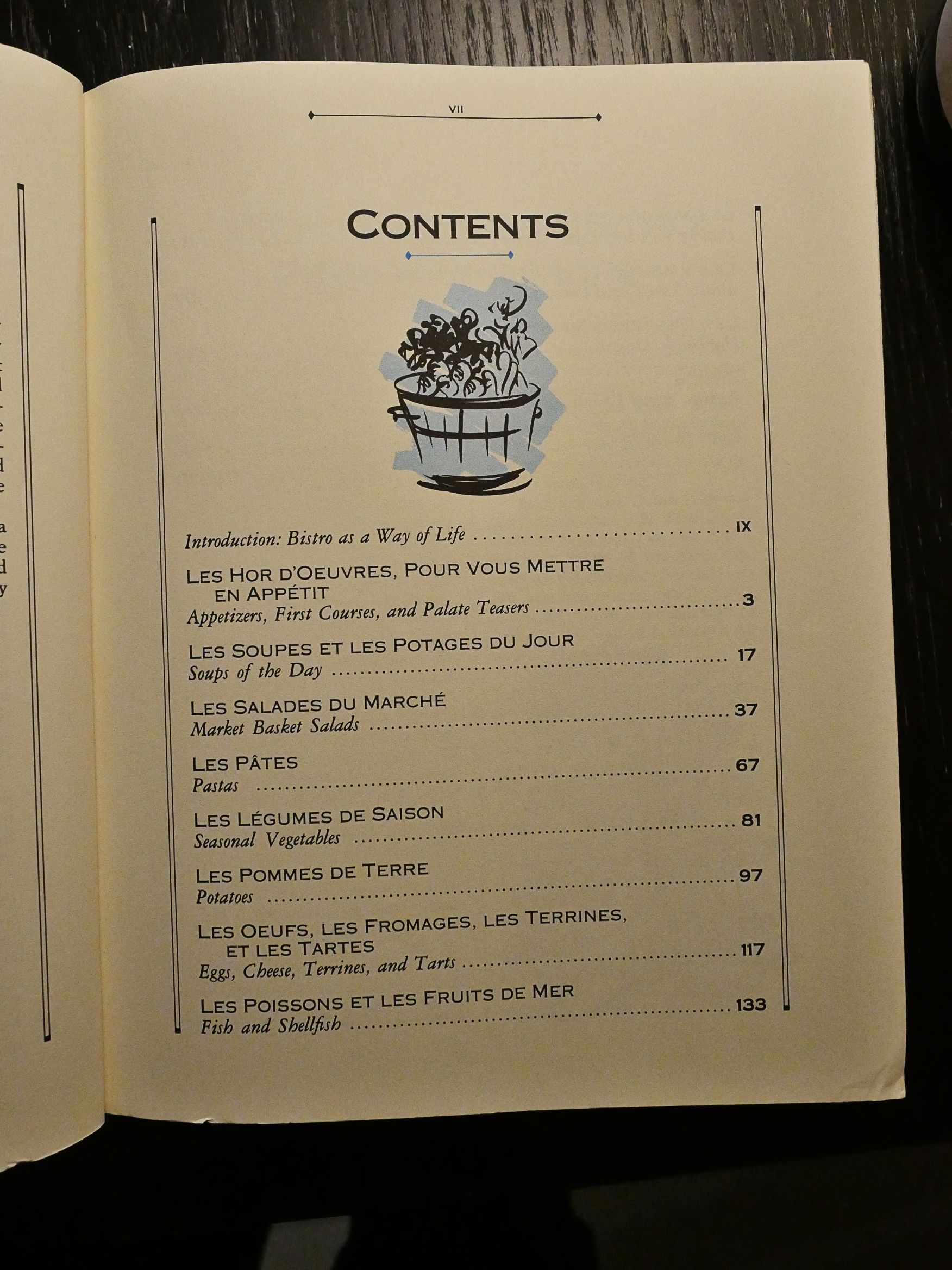 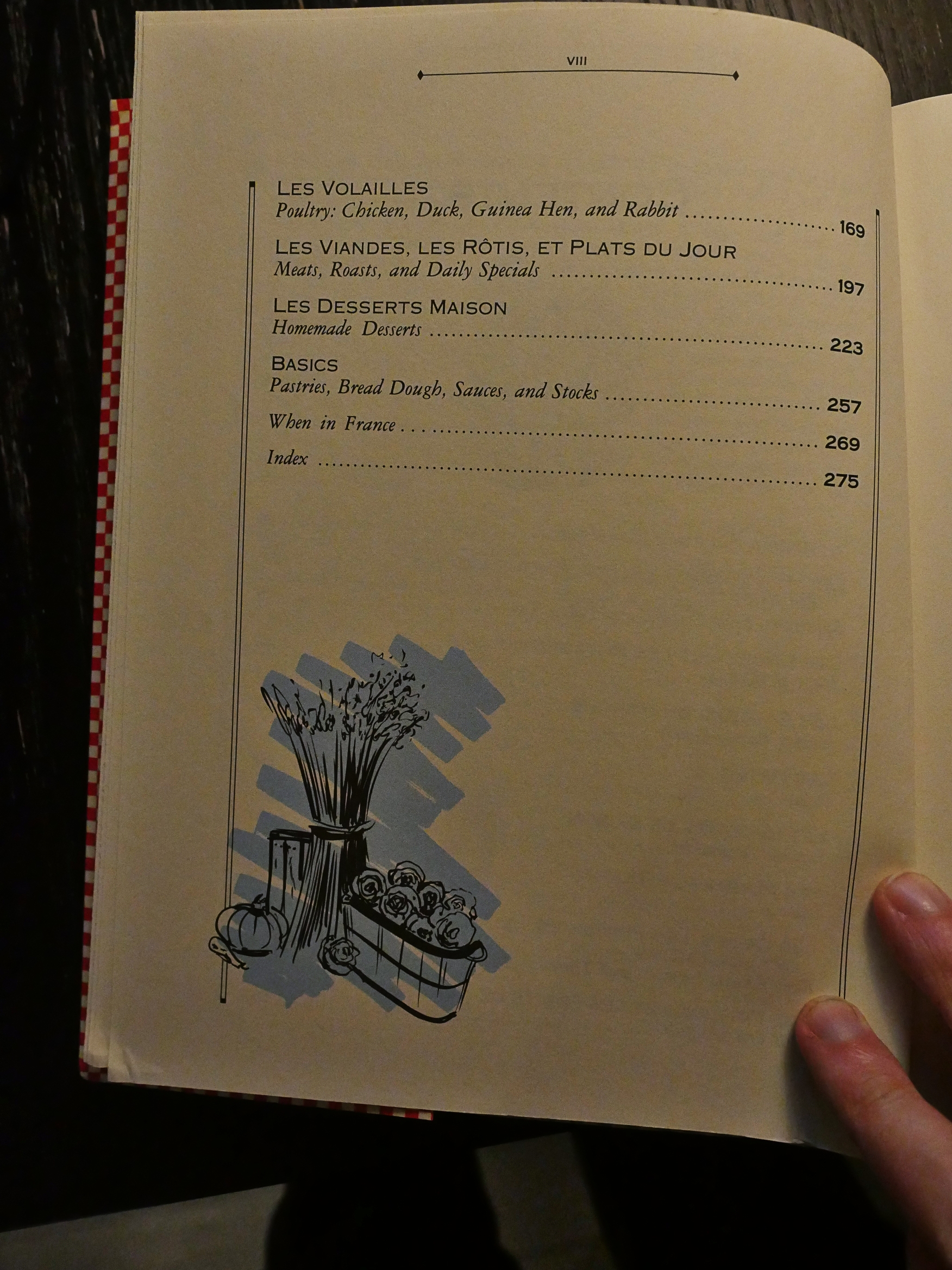 So there’s eleven chapters, and about two hundred recipes, so if I cook like two nights a week and do like two dishes per night, I’d be done in a year? Sounds like a plan? 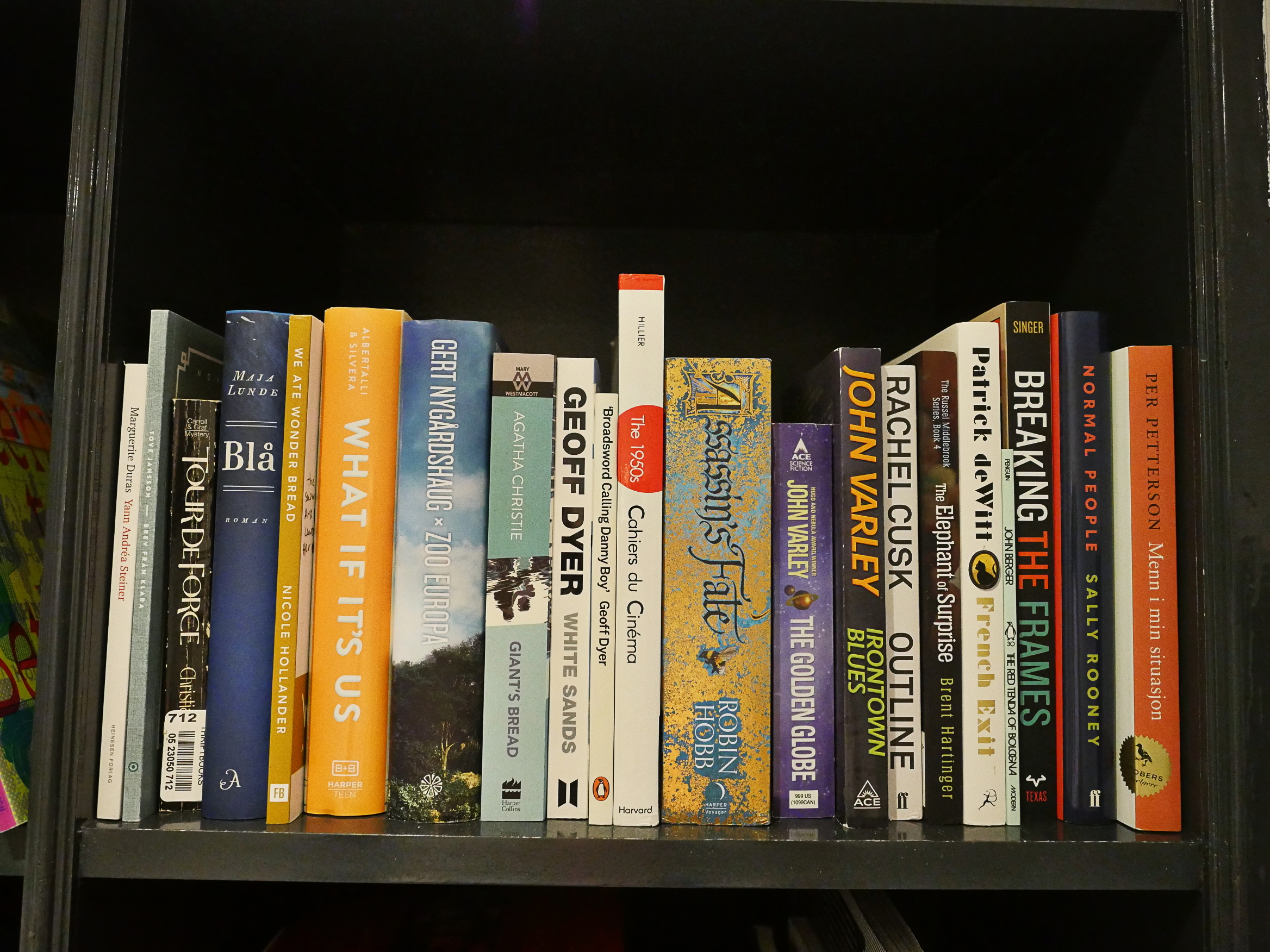 18 thoughts on “Bistro Cooking and Books”