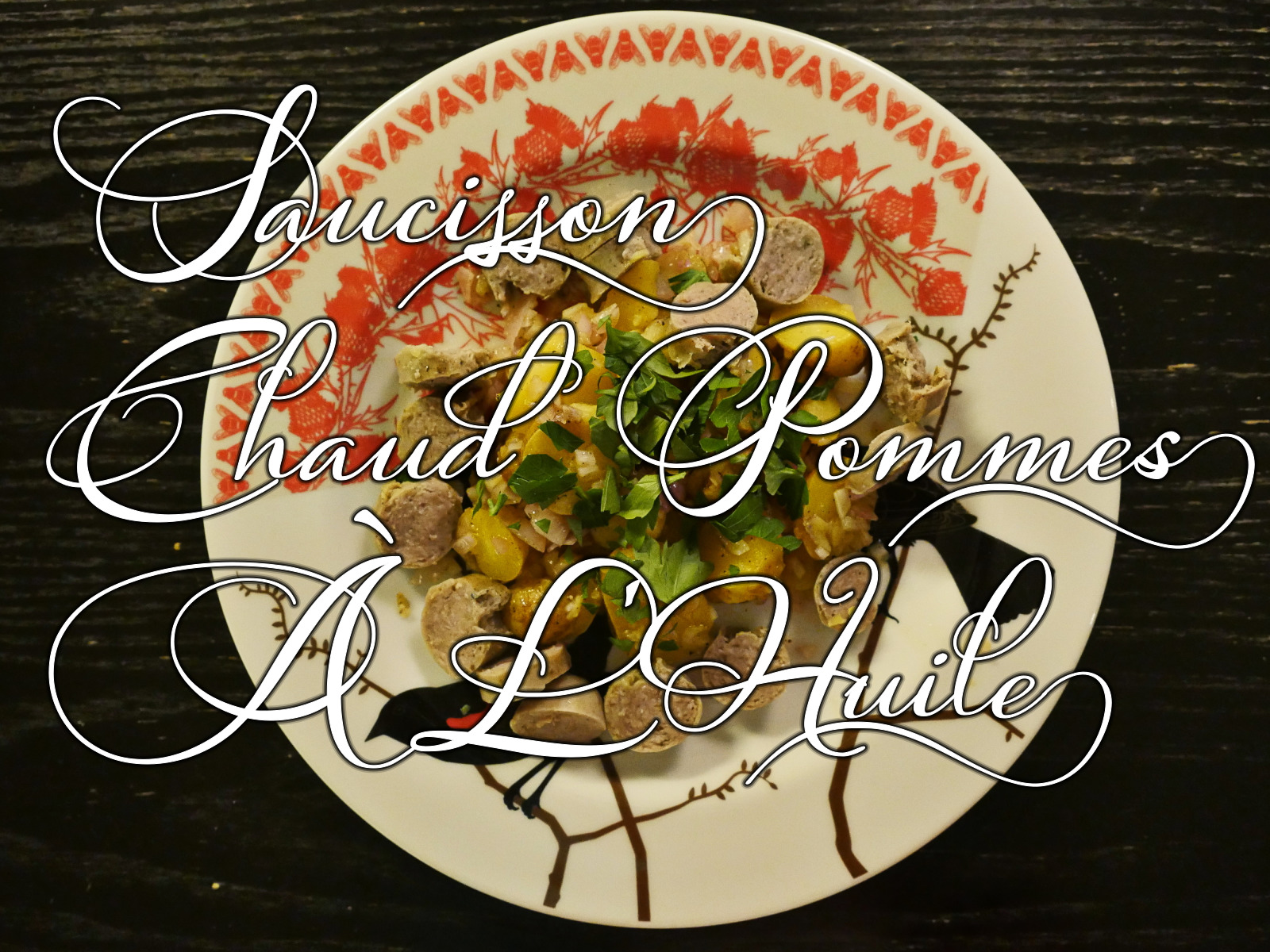 It’s been a while since I French Bistroed (had a cold twice! or two different ones once! each!), but it’s time to start cooking again. 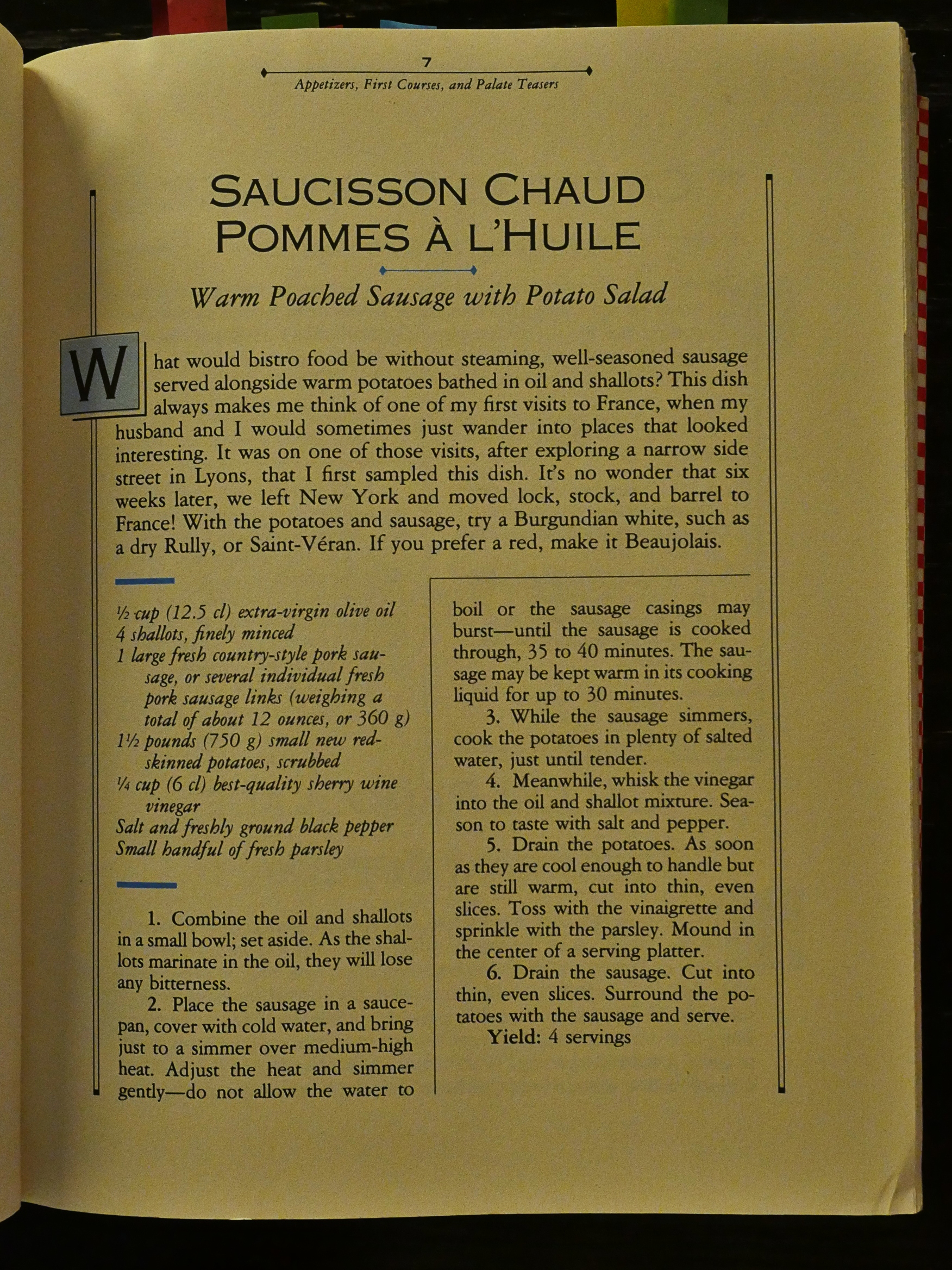 The next thing in the appetiser section is … basically some sausage with some potatoes tossed in an onion/vinegar mixture. I’m quite sceptical, because it looks (once again) like it’s a pretty… harsh-looking recipe. I mean, even if you put some raw onions into oil for an hour, it’s still going to taste like raw onions. But we’ll see. 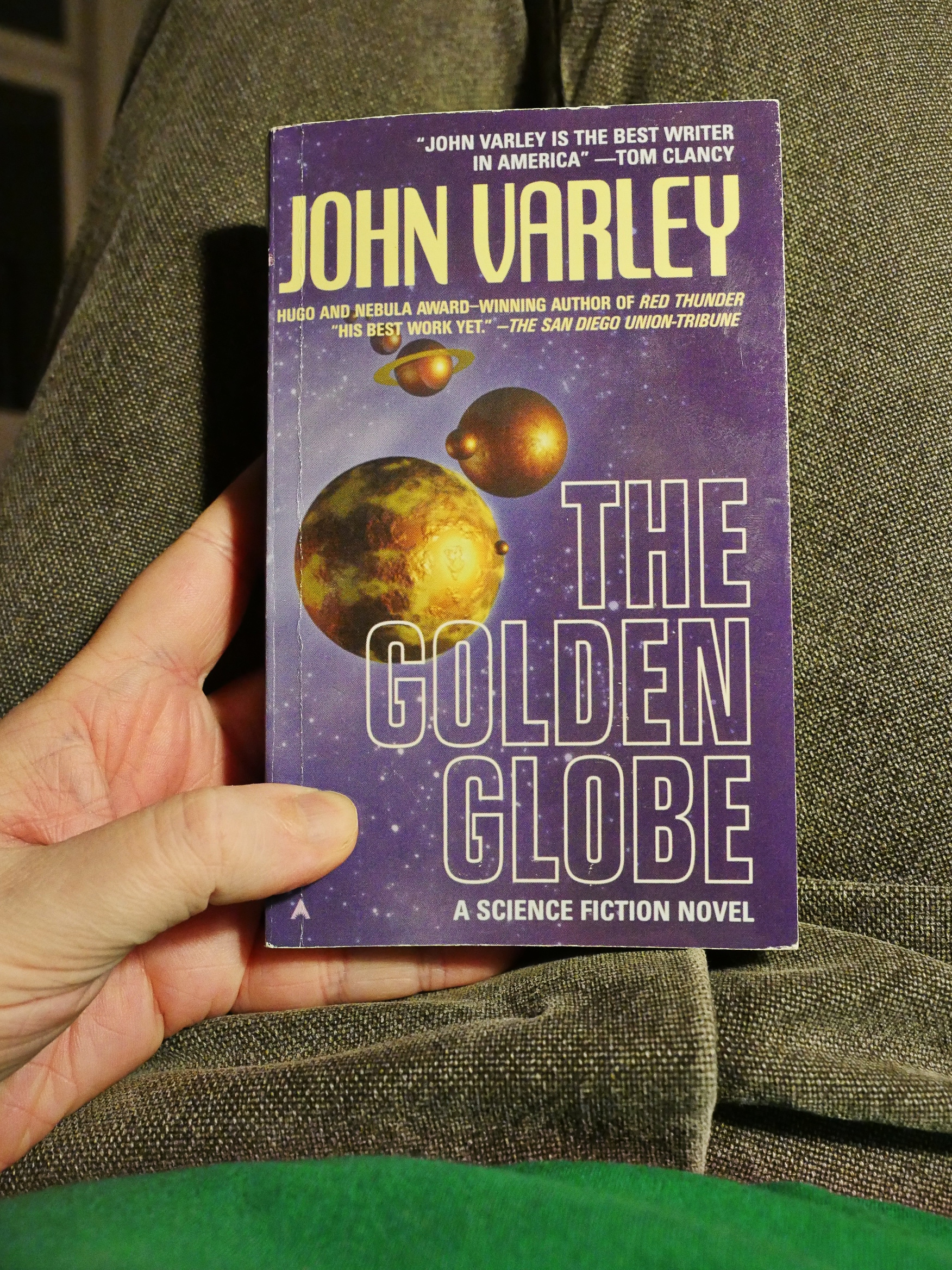 I have a tendency to buy bunches of books from the same author, but I usually space them out so that I don’t read many of them in sequence. Because any charming idiosyncrasy turns into an annoying tic if you immerse yourself too long.

But here we have The Golden Globe by John Varley, despite me reading another novel by him the other week. Because the concept (ahem) behind this blog series is to read the 20 books I most recently bought (in reverse chronological order). 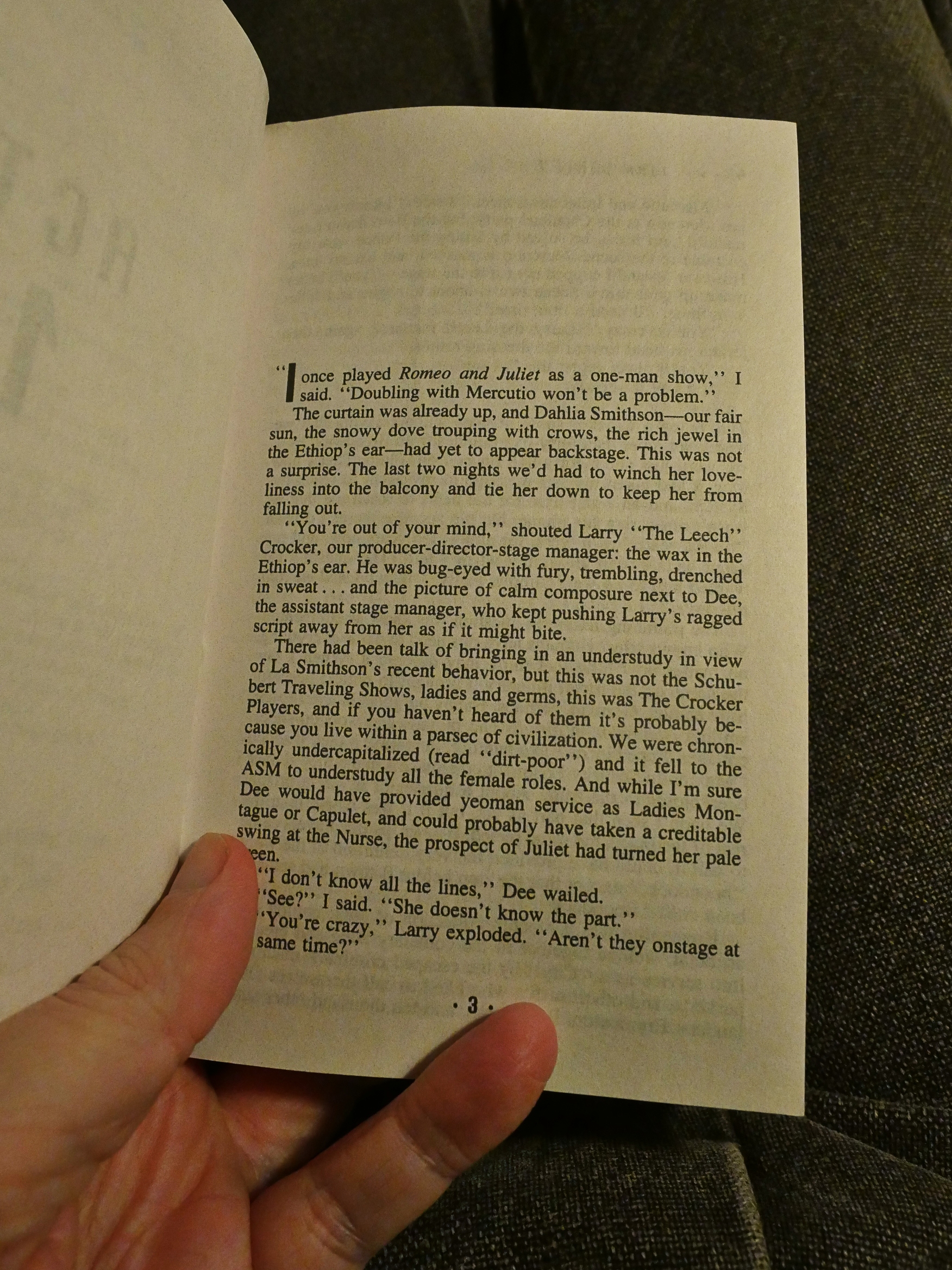 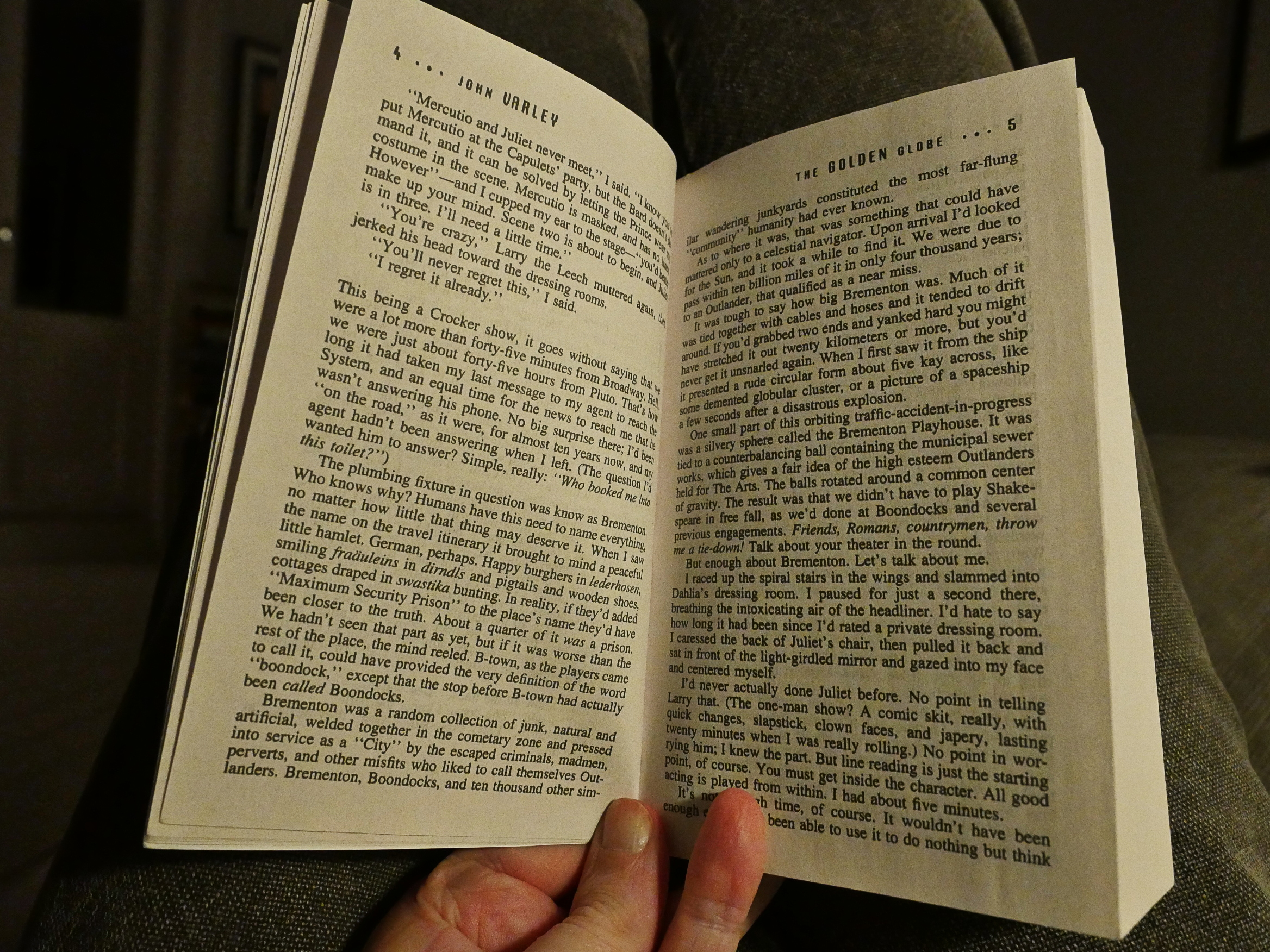 Oh, well, that’s a bit different from Irontown Blues. It’s not about a 30s private dick on the moon. Instead it’s about an actor on … Pluto. 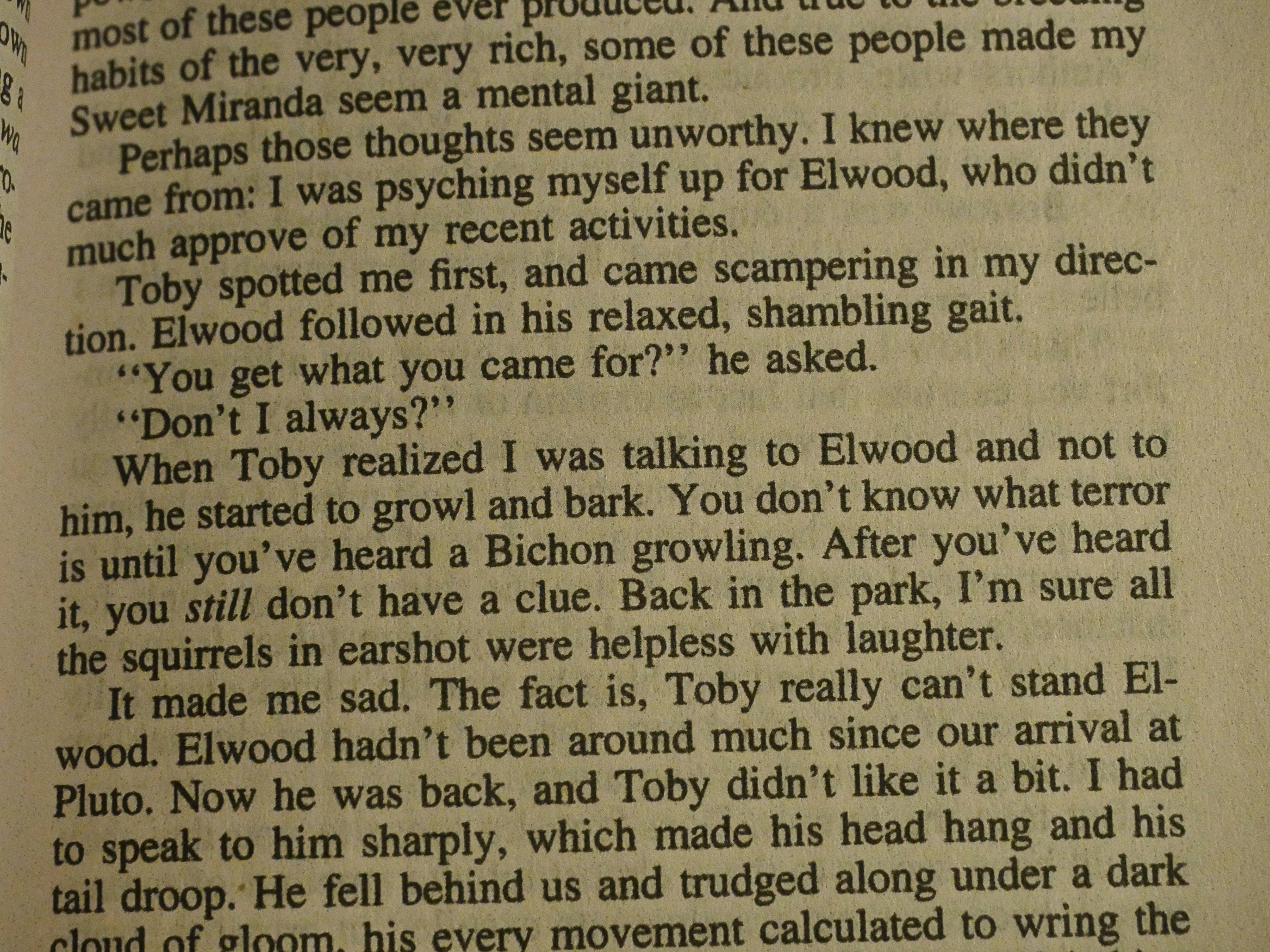 Oh, this book is going to annoy me so much… 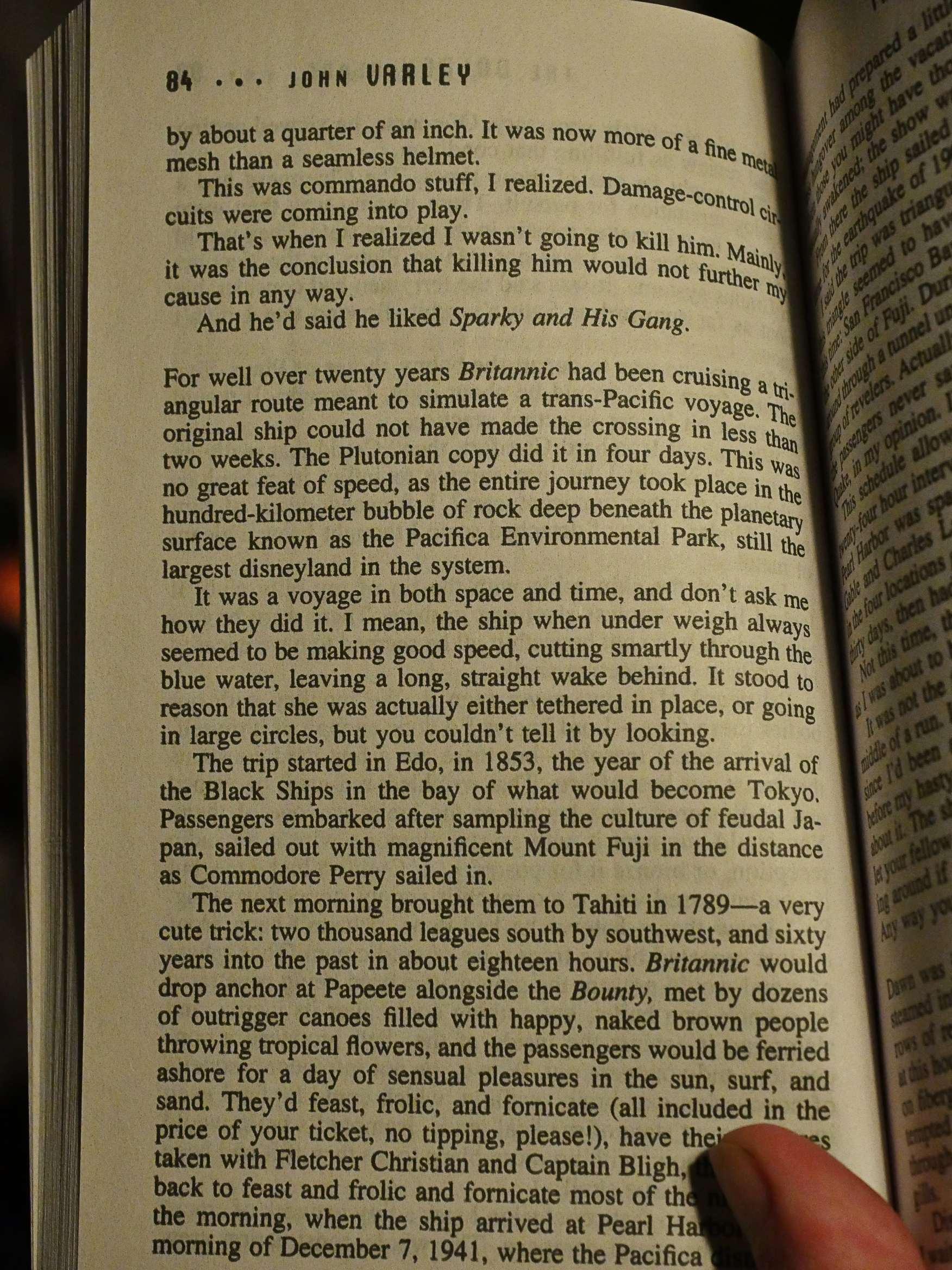 Chip Delany once described himself as that erudite guy that could talk about anything in an endlessly fascinating and erudite way, and you’d just that he would shut up? Well, Varley is like that, too, except the fascinating and erudite bits. Varley will go off on any boring tangent at the drop of the hat, which makes for less than riveting reading.

But Varley is witty. The plot is barely there: I doubt very much that Varley had any idea what this was going to be about other than a chance to have an actor/con guy traipse across the solar system. But we’re along for the ride, I guess. 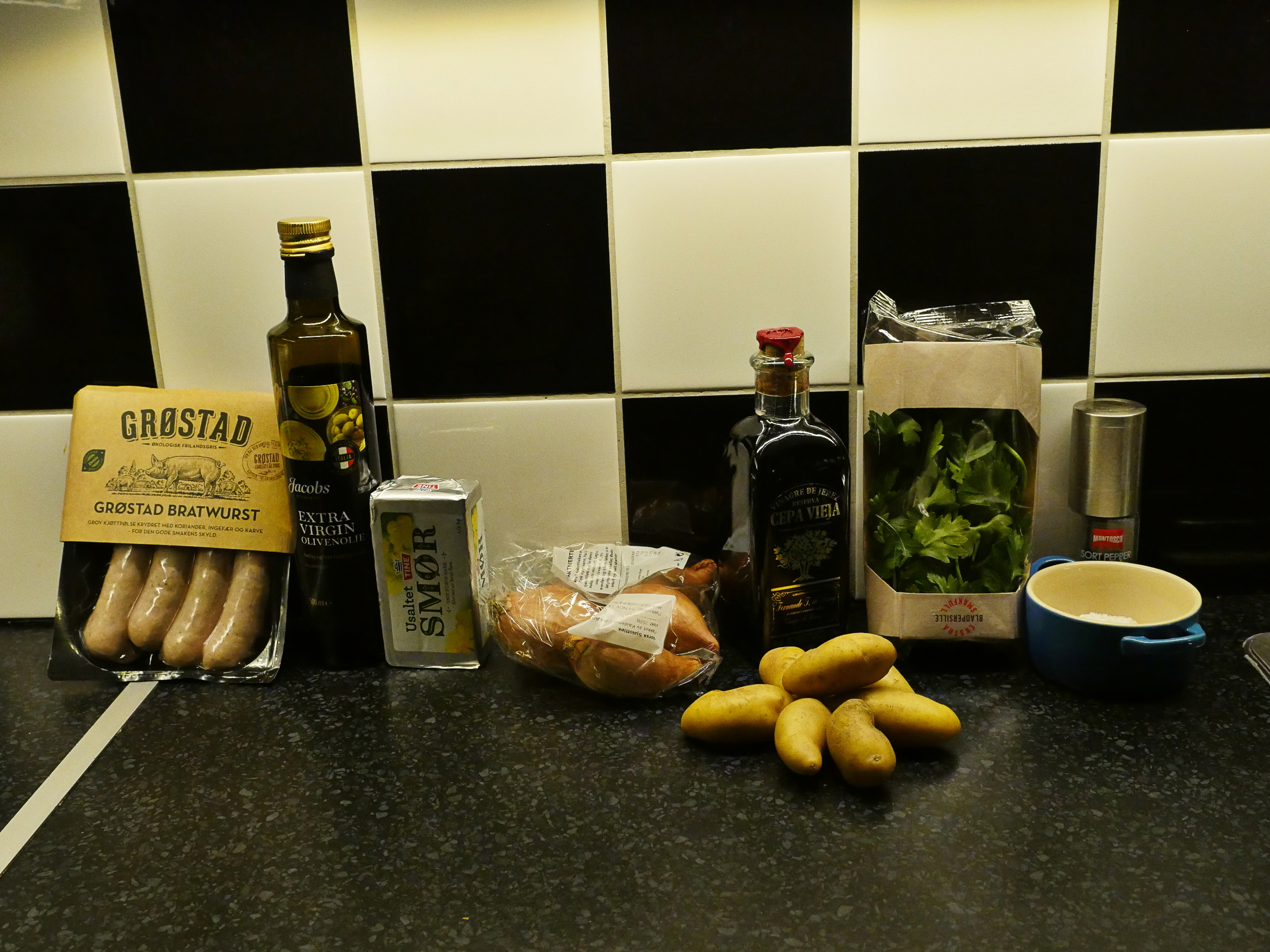 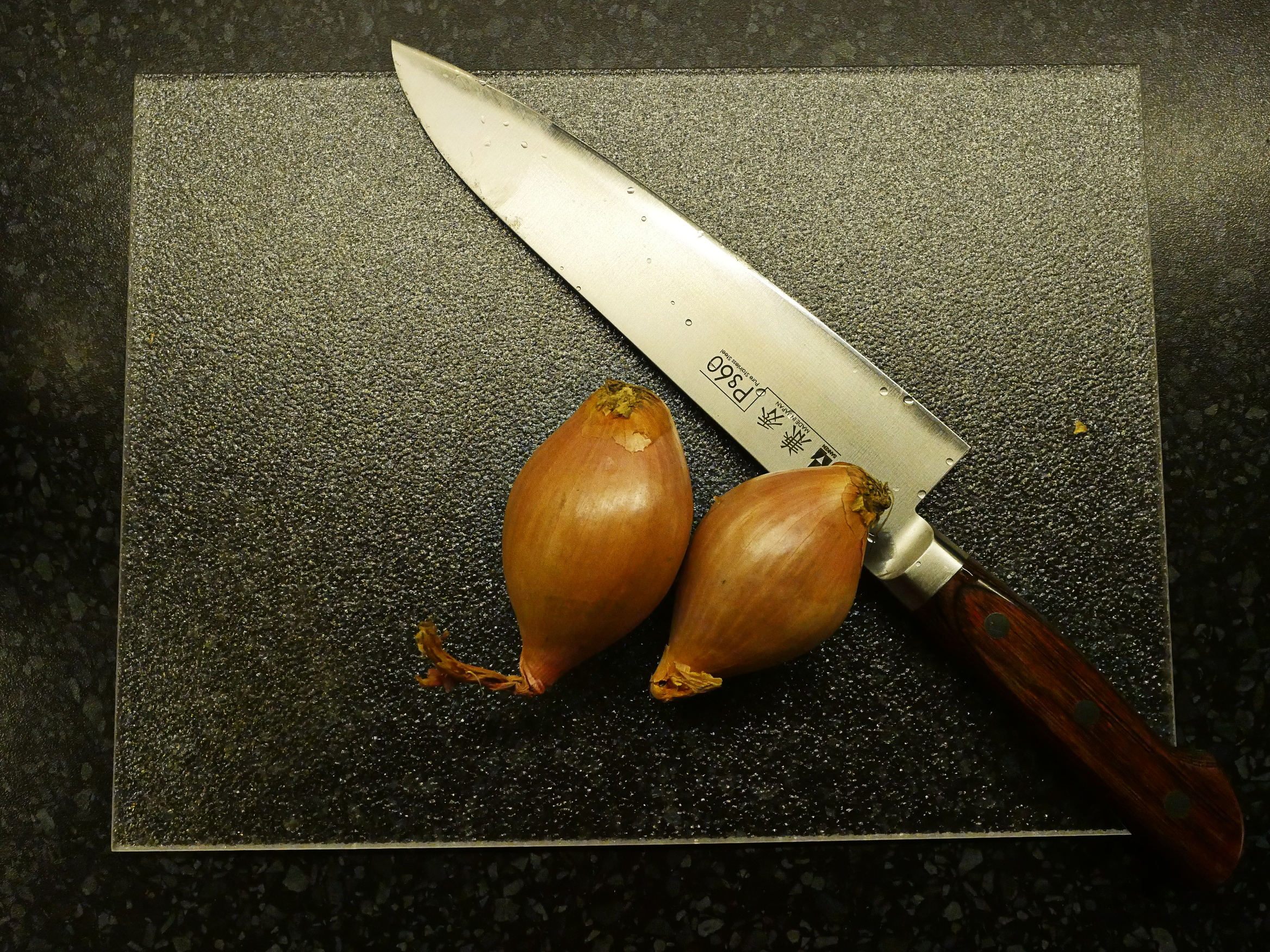 Hey, I got a new knife. “PS60”, apparently. It’s the best knife I’ve ever used: It just sits so well in my hand, and has the right balance. 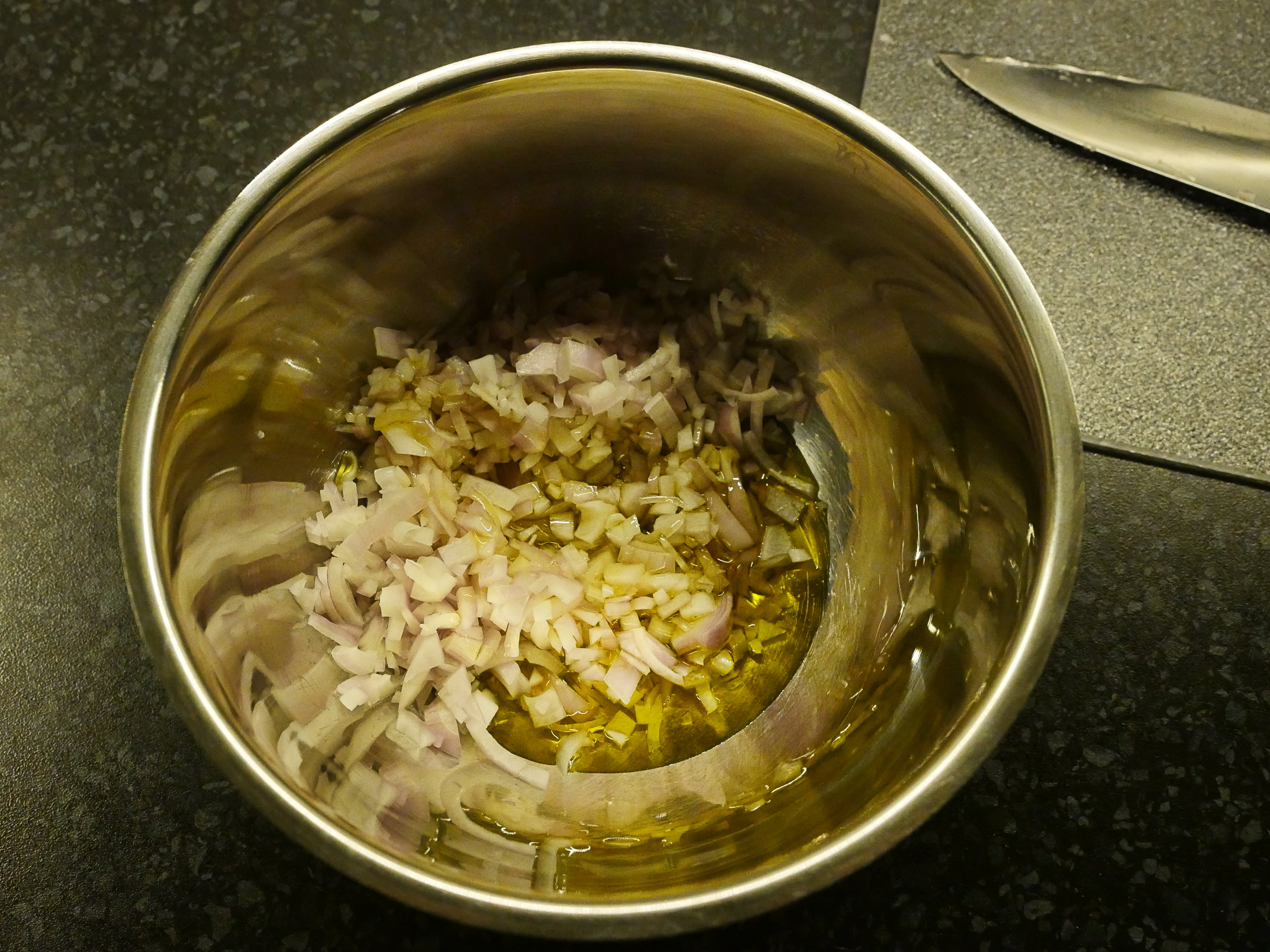 So the onions are supposed to just sit there in oil for a while to make it more… mellow? I have some doubts. 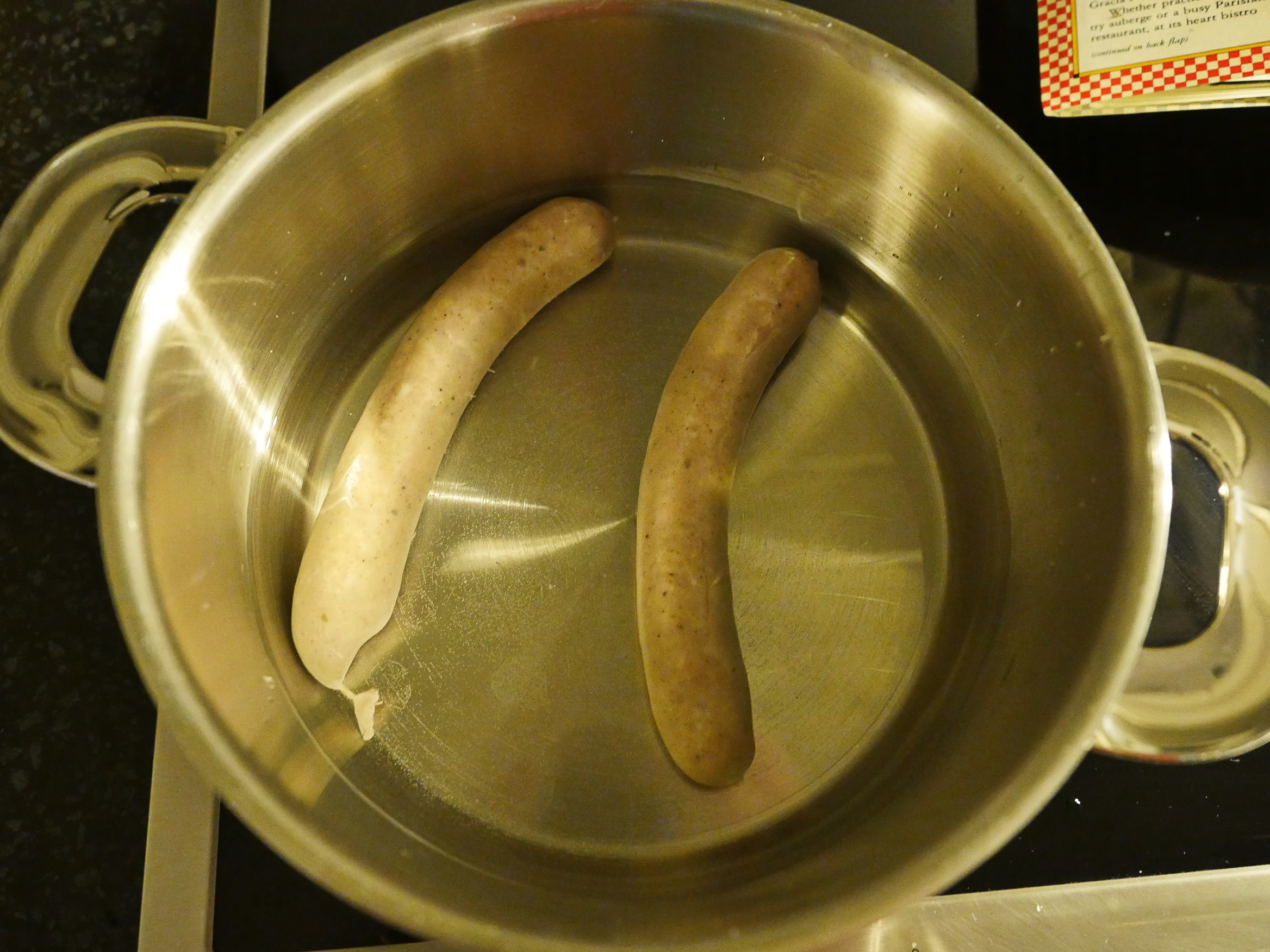 And then the “country sausage” (I still don’t know what that means, so I got some raw pork sausage) is just supposed to barely simmer for a while.

Hm… perhaps I can bake a cake while it’s barely simmering? I mean, there’s not much to do in this recipe. 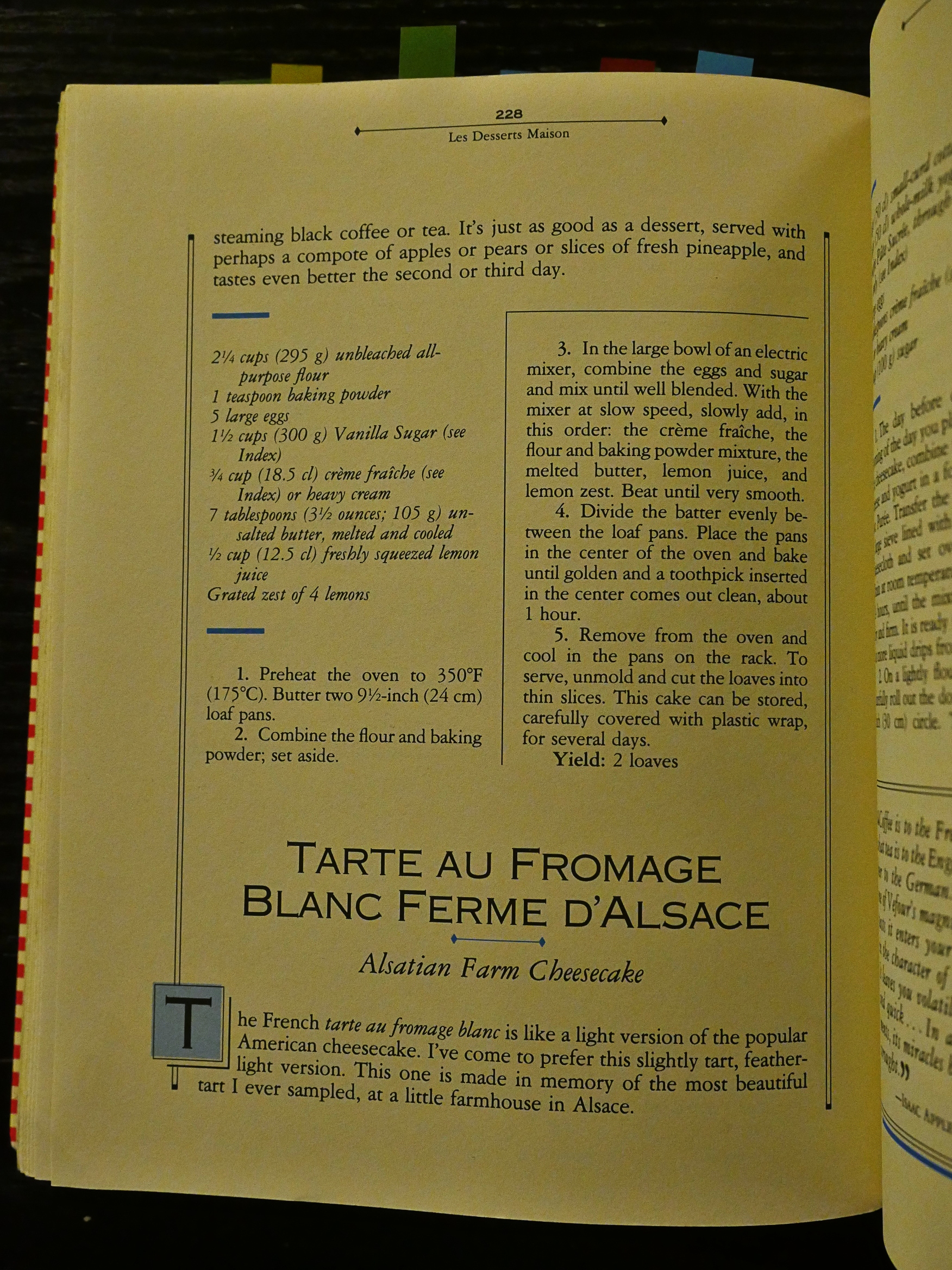 So that’s a lemon cake. It looks simple to make, too — just put everything into the mixer… in a specific order. It looks suspiciously easy: Is this even going to rise without doing the egg whites separately and stuff? Hm. 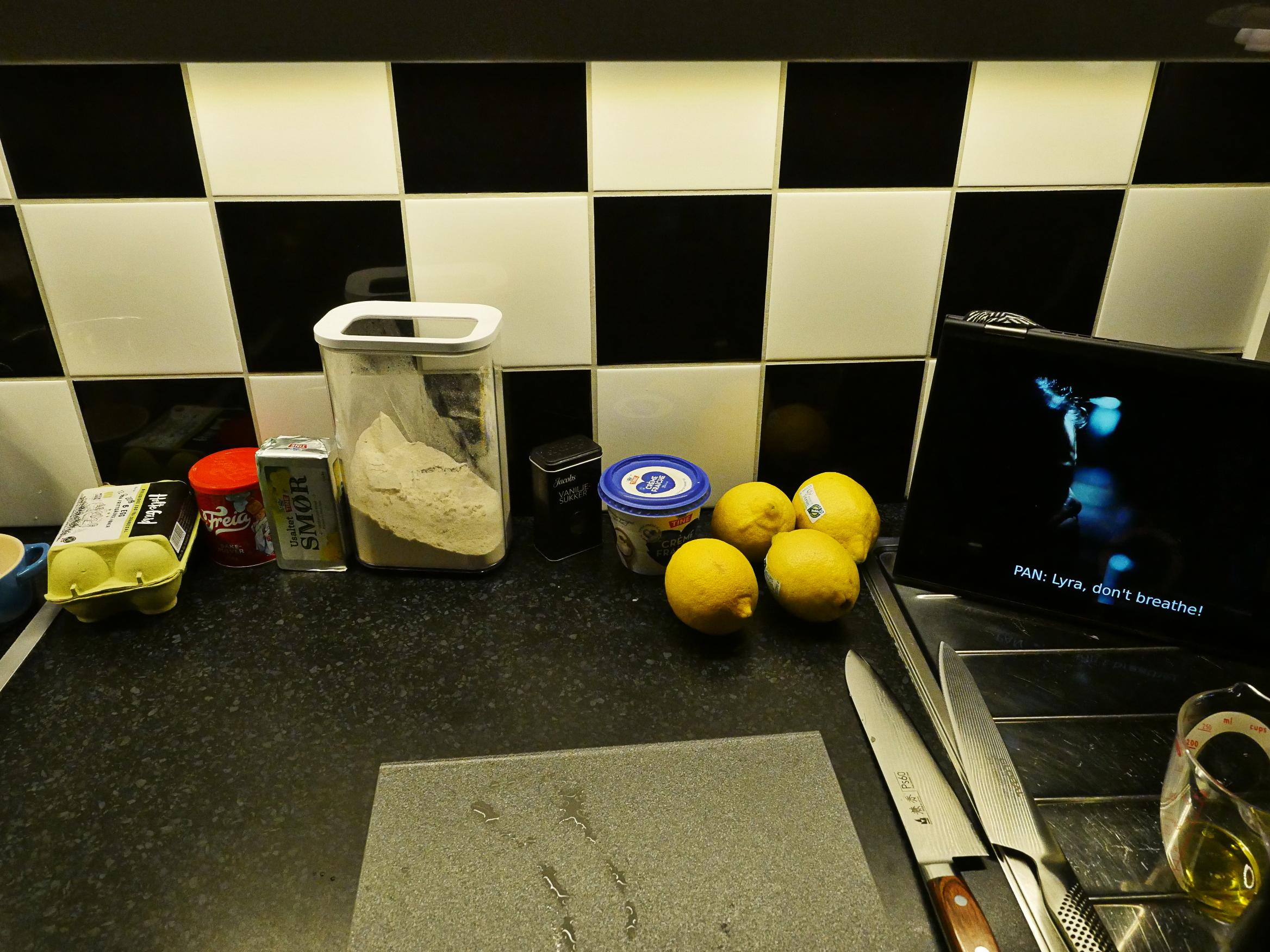 So the normal ingredients for a cake, but with creme fraiche and lemons. And His Dark Materials on the TV. 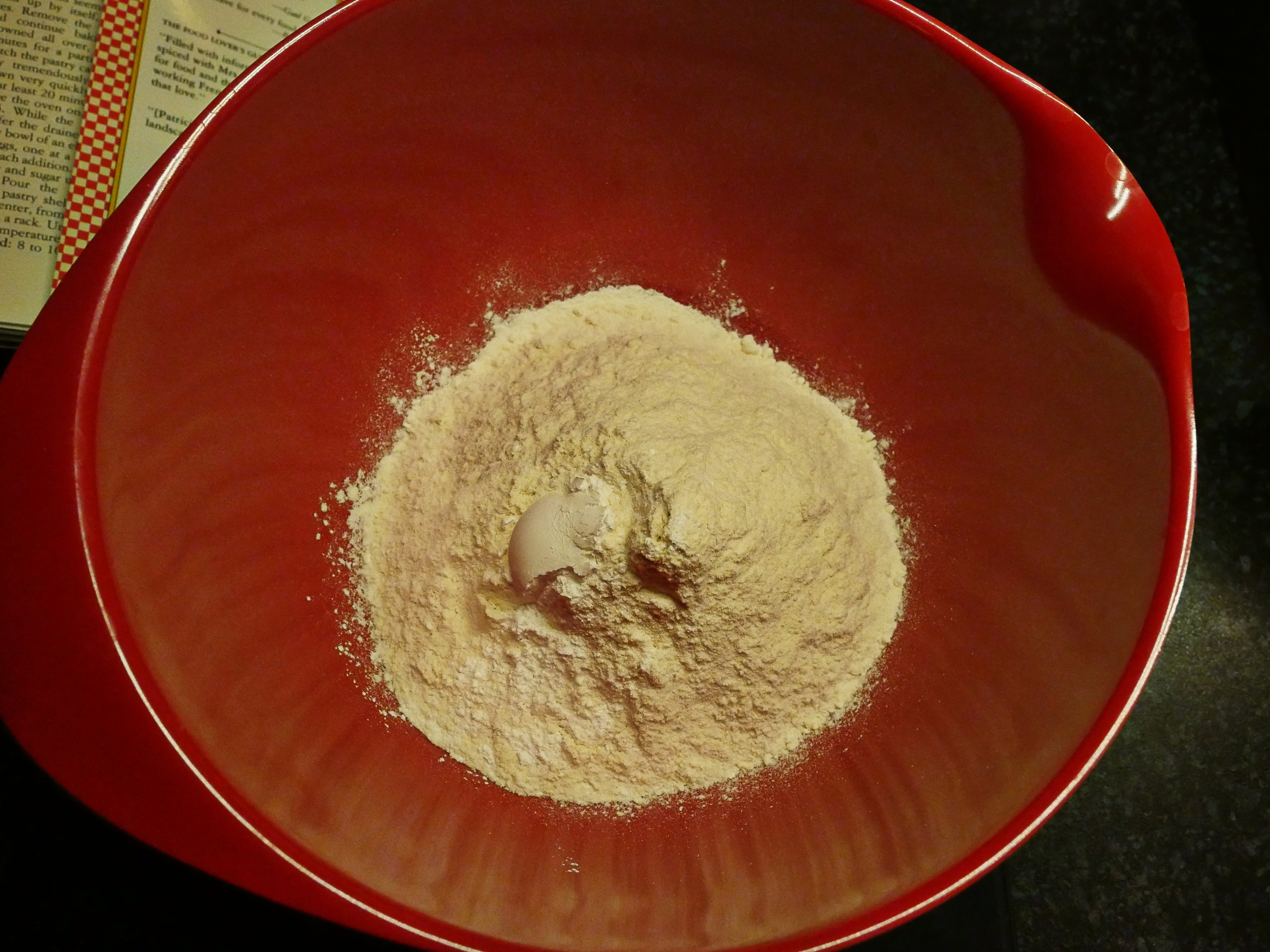 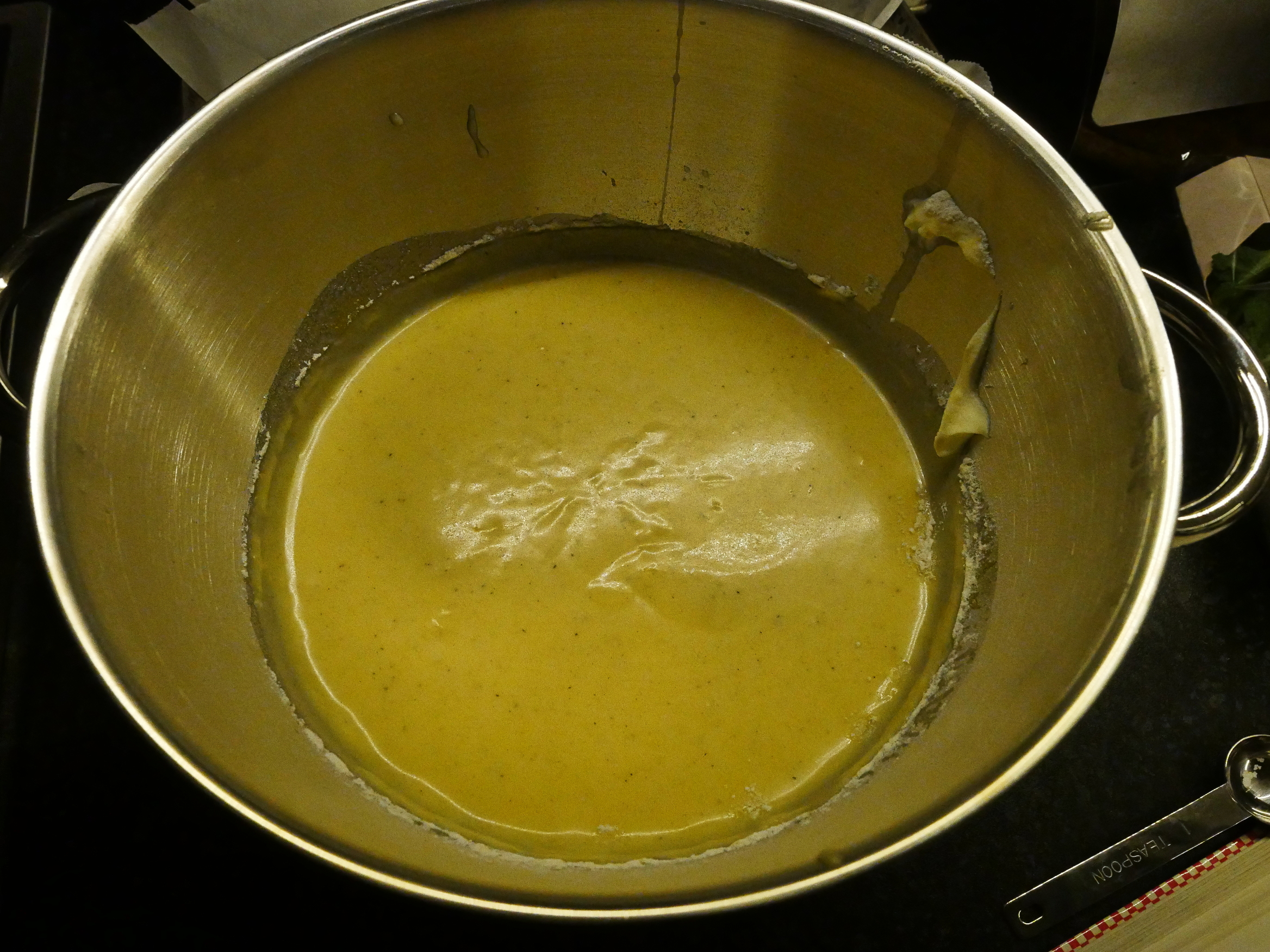 And then all the rest of the ingredients, stirred in, and that’s it. 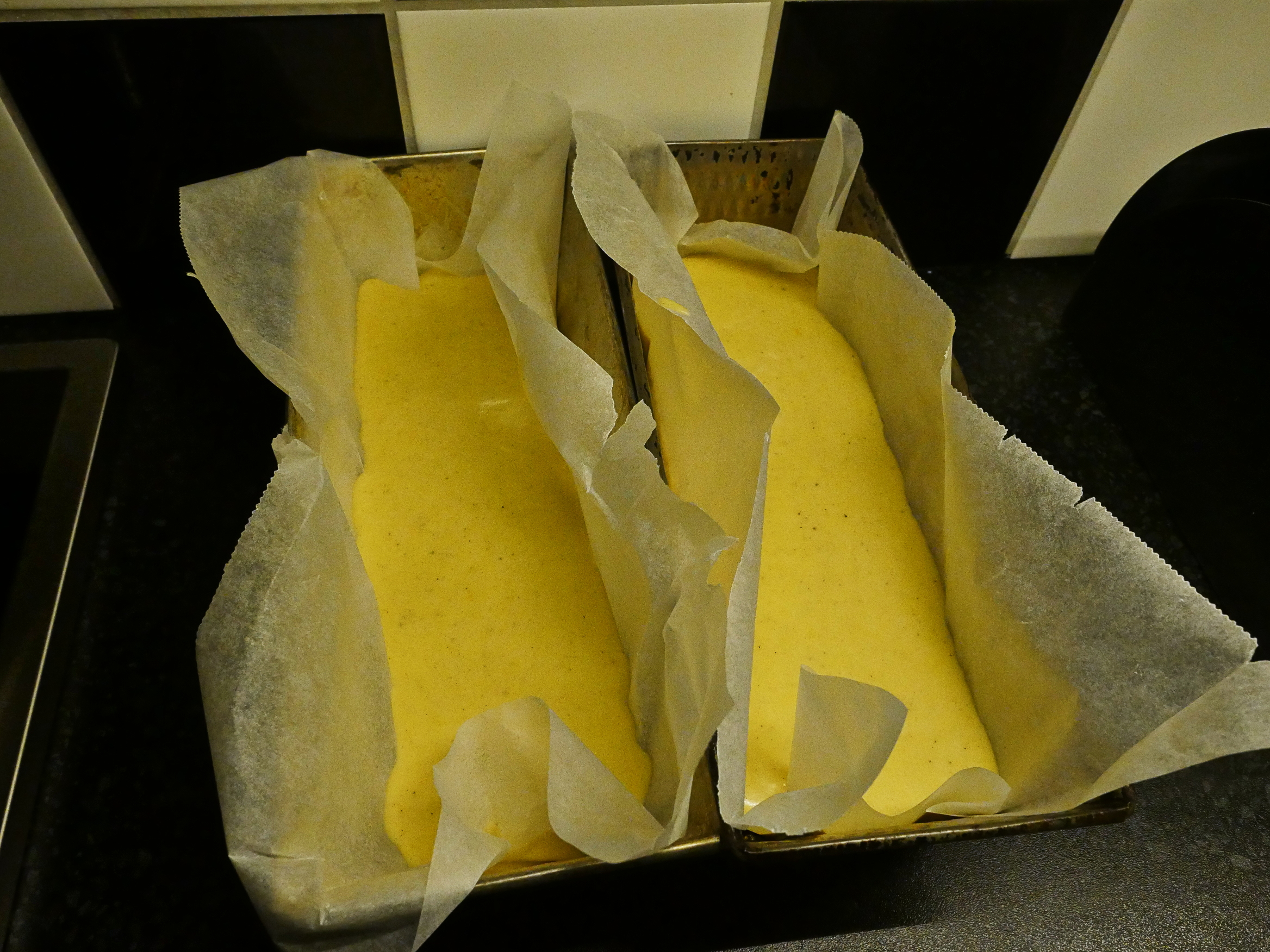 Into a couple pans and then into the oven for an hour. And then back to the appetiser. 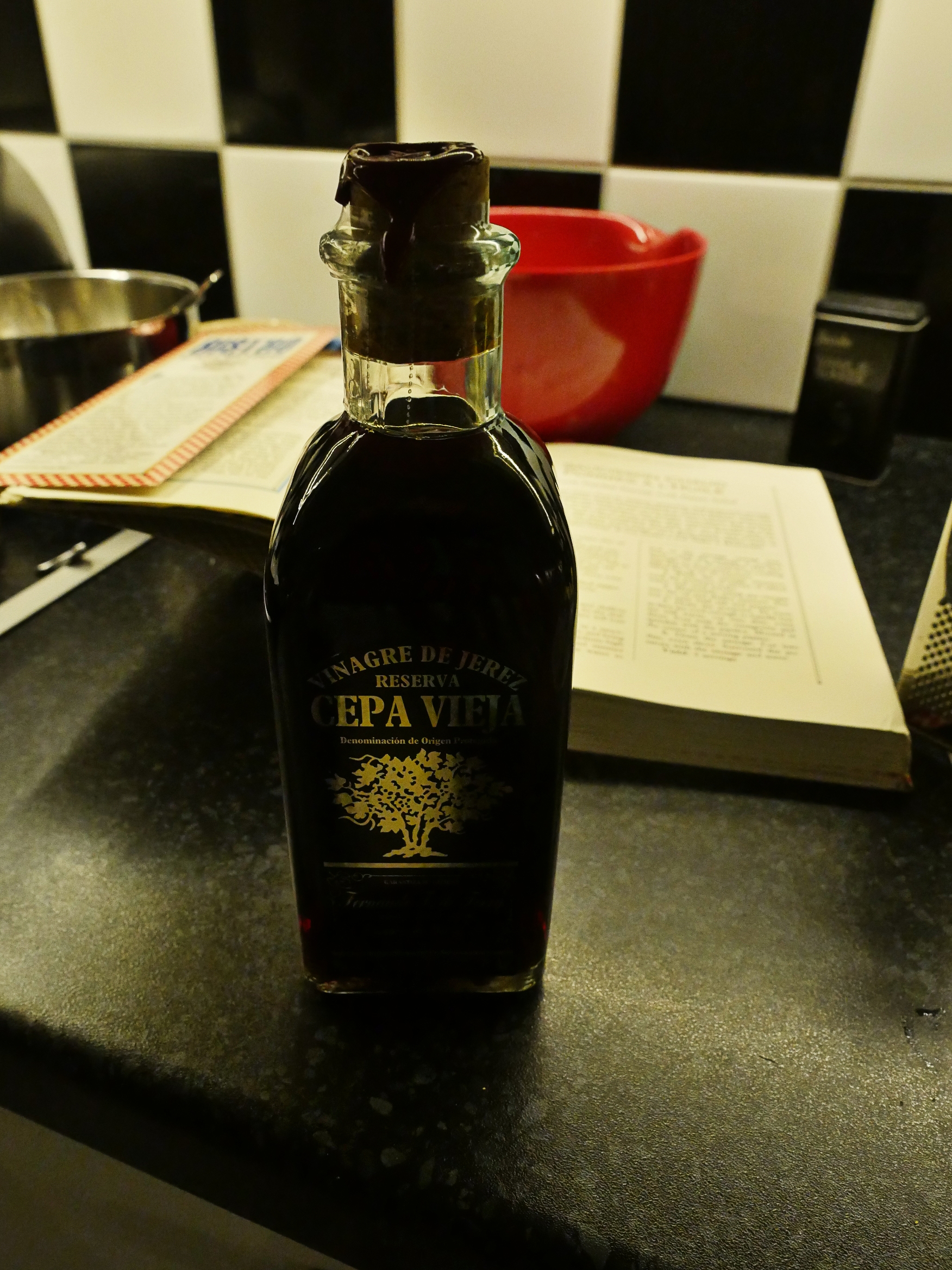 The recipe said to use “best quality” sherry vinegar, and doesn’t that look fancy? Behold! Vinegar! 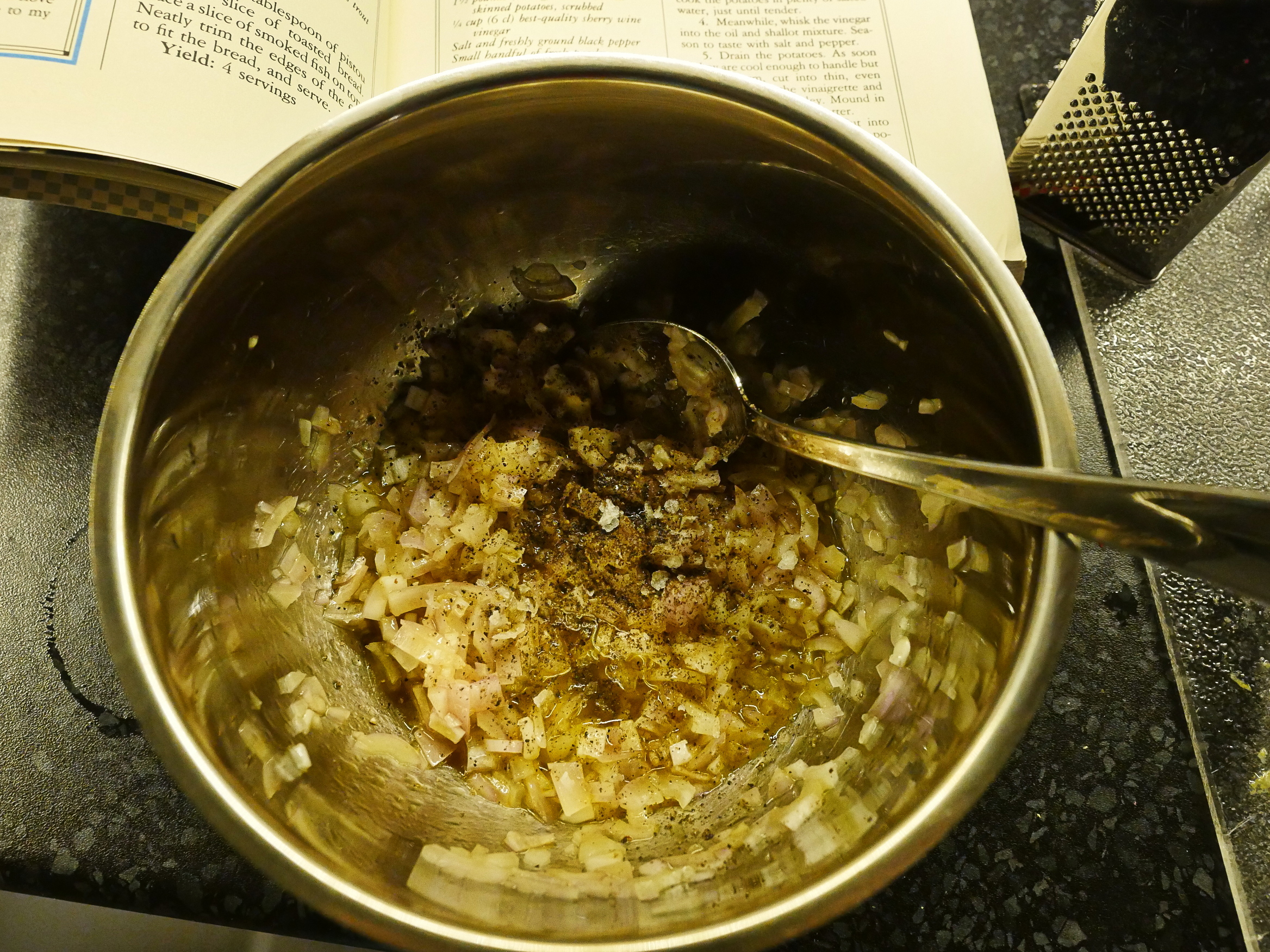 So that’s the onion mixture seasoned and vinegared. So the potatoes are cooked and sliced and into the mixture. So how does it taste? Well… it’s not bad. In fact, it’s kinda good. I mean, the raw onions are raw onions, even if they’ve “marinated”, but with the potatoes, vinegar and the sausage, it’s really edible. I mean, it’s the sort of thing you can just sit there and eat a bit of, and then eat another bit of, and before you know it you’ve been slowly finished a couple of plates of. It’s a good nibbling kind of food, because it has really bold flavours.

It’s not something that I’d make again, but it’s fine. And now the cake is done.

Eep! It hasn’t risen at all! My worst fears are confirmed: It’s flat as a flat omelette. Which is basically what it is: It’s a flat omelette with some flour in it.

So that was a total failure.

But, dude, the flavour is fabulous! If this had been made properly, it would have been the best lemon cake ever. It’s quite in your face, but it’s also nicely rounded, what with the vanilla sugar and the creme fraiche.

So I think the author is onto something, and I have to remake this cake, but do it properly with whisked egg whites, because this iteration was inedible.

But that just leaves me with finishing the book: Varley will go on and on and on about all these science fictioney things, and I’m on board with that. Sort of. Except that there’s way more than the storyline (if you want to call it that) can take. And I’m horrified; just horrified, I tells ya, when one of the most long-winded schticks Varley has his … let’s call him character, for want of a better word… go around calling all the banks in the system and asking whether they have bank accounts for any of his many aliases. As a bankster myself, I visibly blanched at the idea of a bank even responding to such a question: Whether a person has a connection with a bank is a secret! It’s not something you blab to anybody who asks! Over the phone, even!

And it goes on for so long. I guess Varley just had a whopping number of funny names he felt that he had to share with us. So many parts of this book feels like it was written in a particularly backward version of the 1950s instead of 1998, which it was. For instance, here’s Varley talking about how nobody could publish facts about the Charonese Mafia, because everybody who tried were killed.

This is written about ten years after the Internet was available to a whole bunch of people, and anonymous remailers had existed longer than that. It’s just… odd.

Anyway! All this nitpicking is happening because I’m bored, of course. The bits from his upbringing (as a child actor) seem interminable, and the main story (if you can call it that) only is seldom interesting. The courtroom scene at the end is fun, though, even if the twist ending is more on the nose than a pince-nez.